Wine is a state of mind here in France. To not have wine with lunch or dinner is almost tantamount to not breathing. It doesn’t hurt (help?) that in Lyon, we are pretty much at the one of the centers of the wine universe. In 2014 France was the world’s biggest wine producer, making almost 4.5 billion litres (1.9 billion gallons or about 6 billion bottles).

People enjoy wine with their lunch and later in the afternoon, as well as for dinner. They take time for the apéro, or cocktail hour, where they relax and visit with friends over a glass of wine or beer or some other aperitifs. Kir, for example, is a light aperitif that is frequent selected, especially in the summer. Usually crème de cassis (blackcurrant liqueur) topped up with a white wine, though other flavors are used as well, framboise (raspberry) or peche (peach). But I digress. 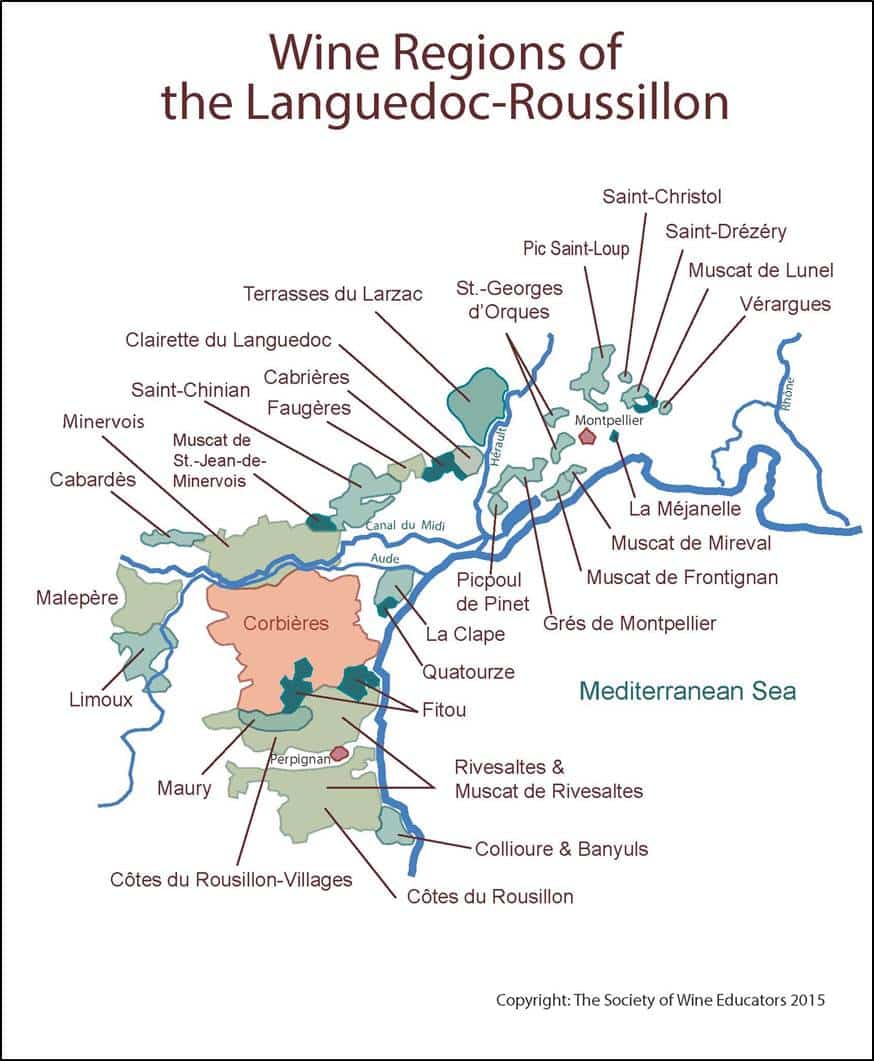 Last year in Montpellier, we took a wine tour into the Languedoc AOC region with friends Rich and Patti who visited us. Along with areas of Provence, the oldest planted vineyards in France were planted along the southern French coast by the early Greeks in the fifth century BC. From the fourth century BC until the early 19th centuries the Languedoc had a reputation for producing high quality wine. However, in the late 19th century, production shifted towards cheap red wine that could satisfy a growing work force.

After decades of deterioration, phylloxera, and over-production the Languedoc wine industry is again experiencing commercial success due to outside investment and an increased focus on quality.

We toured two very different vineyards to experience the Pic Saint-Loup wine named for the mountain that overlooks the production areas. This wine tour with Carine, of Montpellier Wine Tours was described in a previous post, so I won’t detail it here. 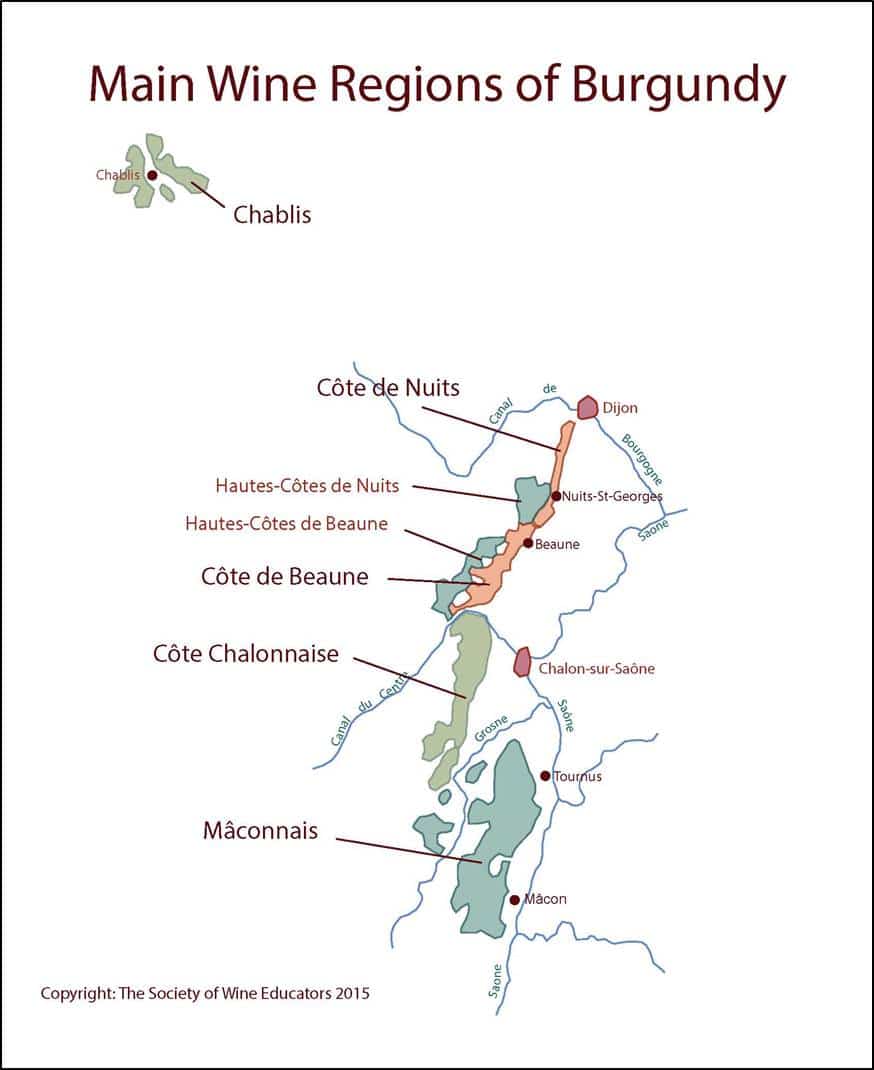 Here in Lyon we are situated in between the famous North and South Côtes du Rhone, that lie to the south, and the Beaujolais & Burgundy wine countries just to the north. Each region offers very different grape varieties, wine styles, philosophy and landscapes.

Our first formal introduction to the wines of the regions around Lyon was at a personal wine tasting with “From Vine to Wine”. The owner, Shannon Tesseyre, helped us understand the basics of the history, geography and geology of the Burgundy region, and selected wines to illustrate the differences in terroir and other factors that contribute to the complexity of these famous wines.

The best part of Shannon’s Wine tasting was that it was tailored to what we were looking for – to learn more about the wines where we were. The wines she chose were excellent, and the cheeses and sausissons were chosen to help learn how different wine/food pairings could affect the palate. A native of the San Francisco area, Shannon was delightfully friendly and passionate about wine.

On one of our day trips by train, we previously posted Beaune, the “Capital” of Burgundy wines where we hiked out into the vineyards. We also had an opportunity to taste several Burgundy wines of the region. 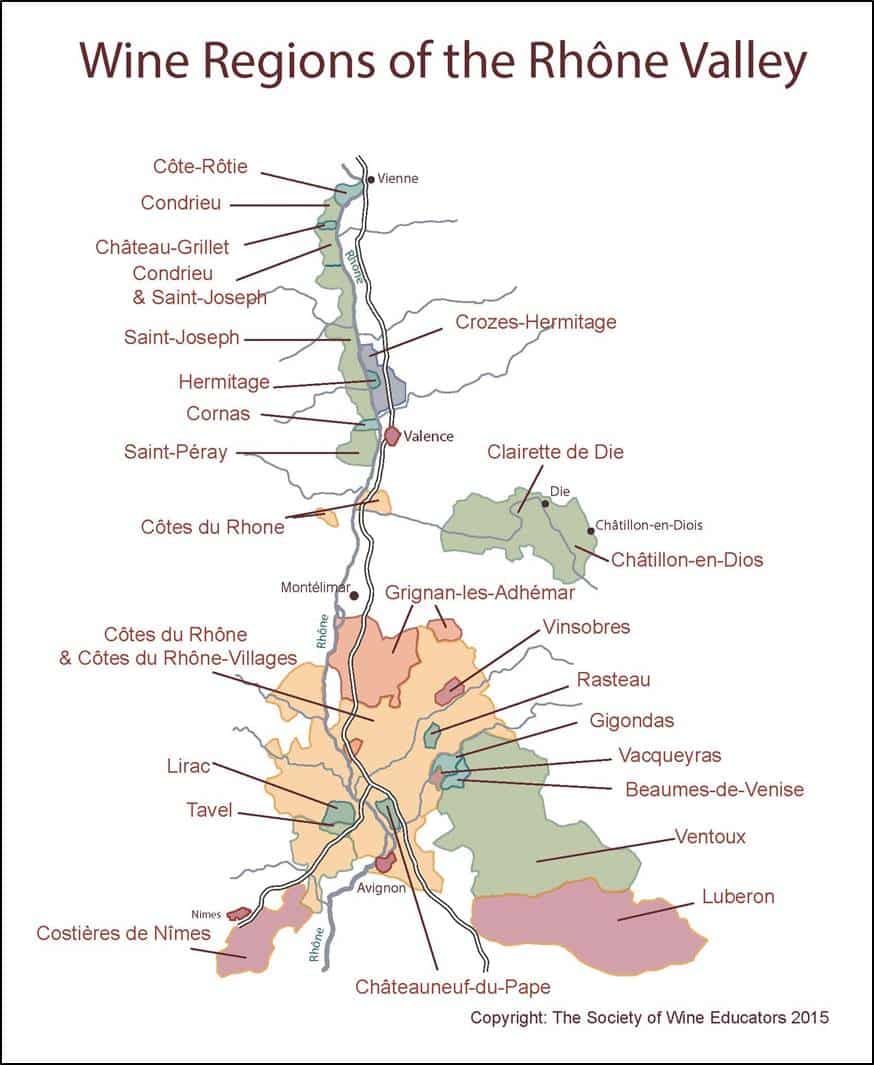 While we have been here in Lyon, we have had opportunities to tour two different regions of wine, using the services of Kanpai Wine Tours with guide Olivier. On each of the two tours we were joined by friends who were visiting from the States, as well as four others, couples and family members who had signed-up for the tour. It was great fun meeting the others and sharing experiences and tasting wines.

We first traveled south with friends Barb and Shirley, and four others in Olivier’s van to the Northern Rhône valley, home of the legendary Syrah & Viognier grapes. Only 25 minutes out of Lyon, we saw some of the oldest and steepest vineyards in France with terrace walls built during Roman times. Visiting two very different family wineries, we enjoyed wines from the Cote Rotie, Condrieu & St Joseph appellations, considered among the best Cotes du Rhone wines. Of course, we purchased several bottles to enjoy in the following weeks. 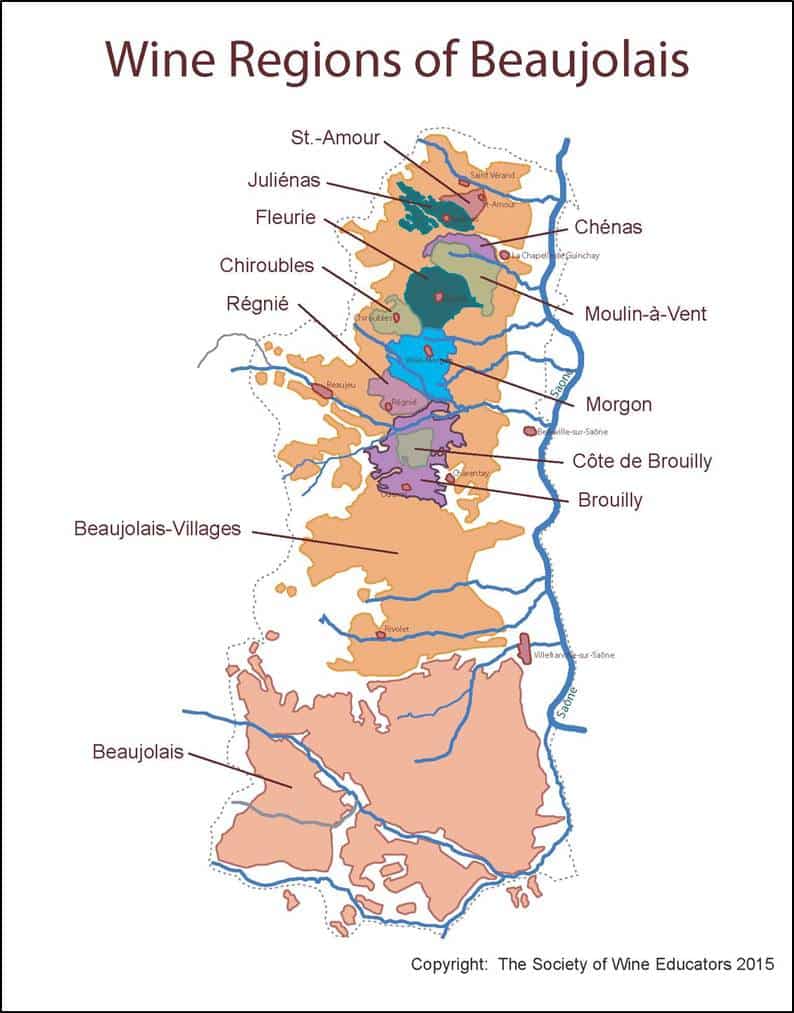 Several weeks later, when friends Mary and Harry visited, we decided to use Kanpai Wine Tours again to see a different region, the Beaujolais “Crus” Region where the elite Gamay wines are produced. Olivier drove us and four others through charming towns with beautiful chateaux or castles, and introduced us to some of the most renowned Beaujolais wines, first in the magnificent cellar of a Chateau, then at a small family estate. 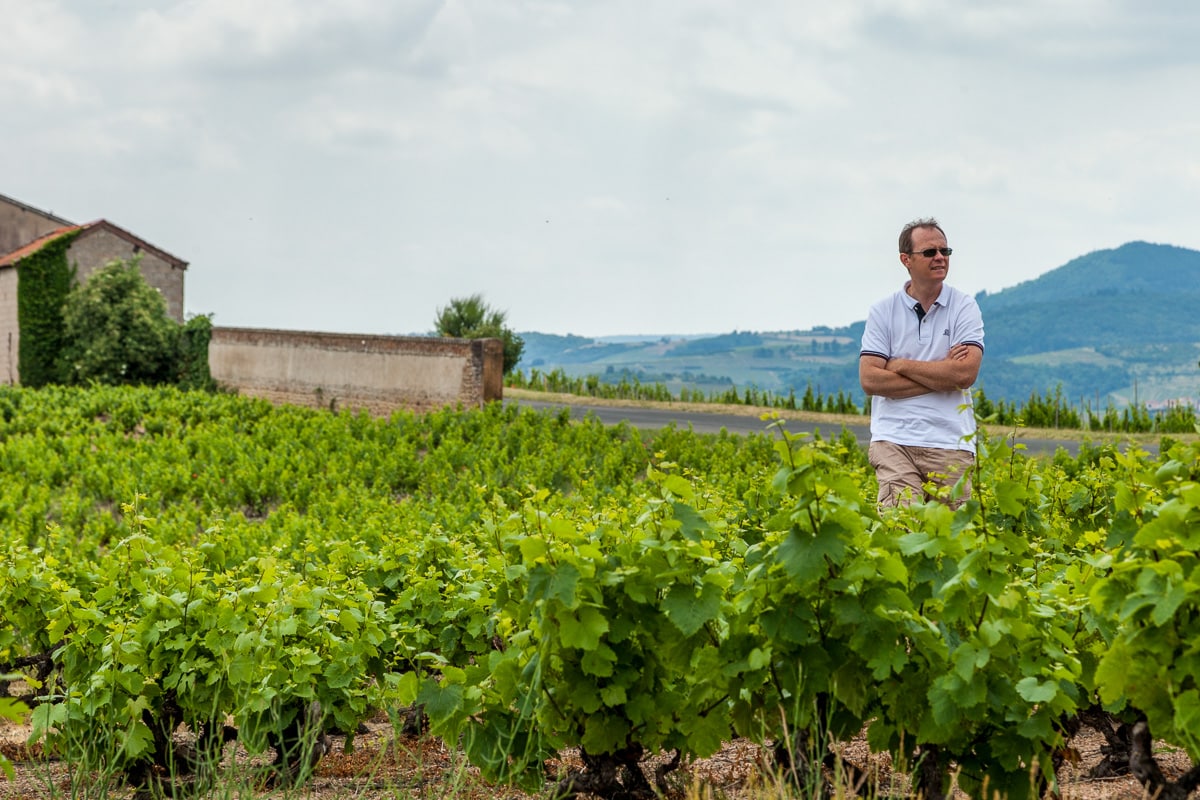 All along our routes to and from the vineyards we marveled at the beauty of the countryside as Olivier provided a wealth of information about the very complex history, geology and cultivation of the grapes that made each wine so unique.

Once again, we were unable to leave either vineyard empty-handed, and we took home several bottles of our favorite selections to complete a delightful afternoon.

Wine production in France is very complex. Its history extends back to before the Romans settled here. It has been influenced by geography, geography, religion, politics, wars, insects, diseases and the weather for centuries. What remains is a delicious and refreshing drink that can be as complex as its history. However, the best way to appreciate good wine is simply to drink it. Santé

6 Responses to “Wine – a Tale of Three Tours”

Click below for a listing of all previous posts: