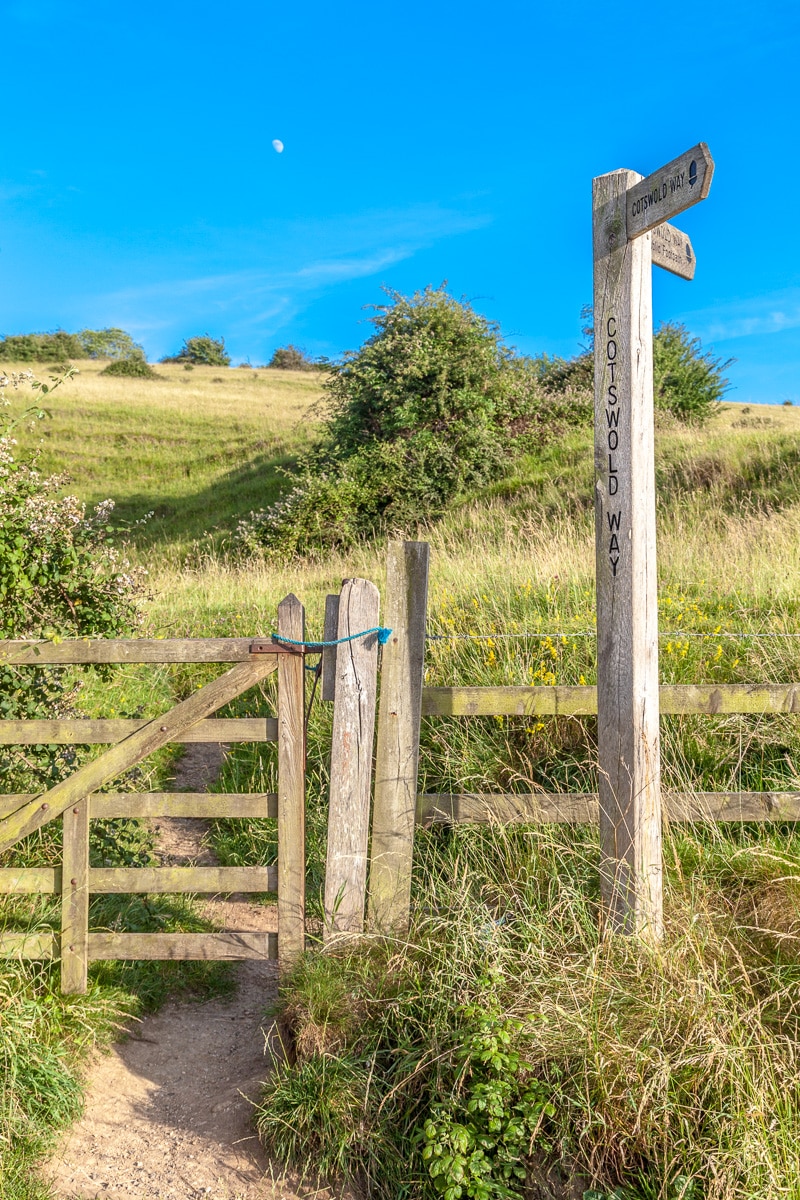 Ever since our stay in Lancashire last year we knew we wanted to return to England, if for no other reason than to walk. The Public Footpath system here embodies the centuries-old, legally protected right to travel on foot across private lands. The interconnected tracks lead through fields and farms, villages and towns, and places of legend and history. 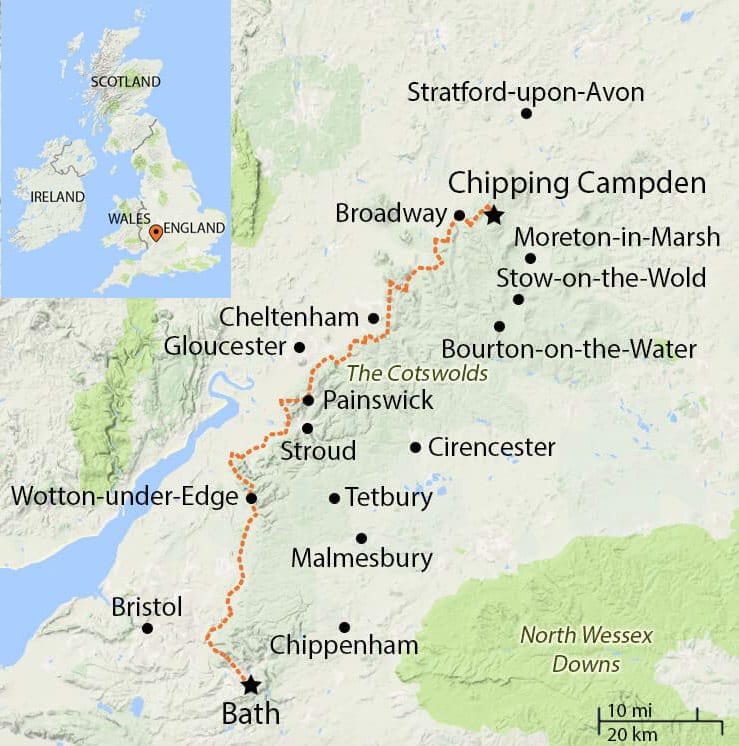 The Cotswolds (“sheep enclosure in rolling hillsides”) are well known for walking paths and are the location for the Cotswolds Way, a 102-mile, long-distance footpath. Running along the Cotswold Edge escarpment of the Cotswold Hills, this rolling landscape dramatically descends to the Severn valley. Great vistas unfold, and on a clear day, one can see the Black Mountains far to the west in Wales.

The area has long been inhabited, as far back as the Stone Age people whose long-graves remind us of their presence, Iron Age people created hill forts whose remnants still dot the landscape , and in more modern times, rich merchants built country houses and manors. But the real history of the Cotswolds is that of sheep’s wool and limestone. 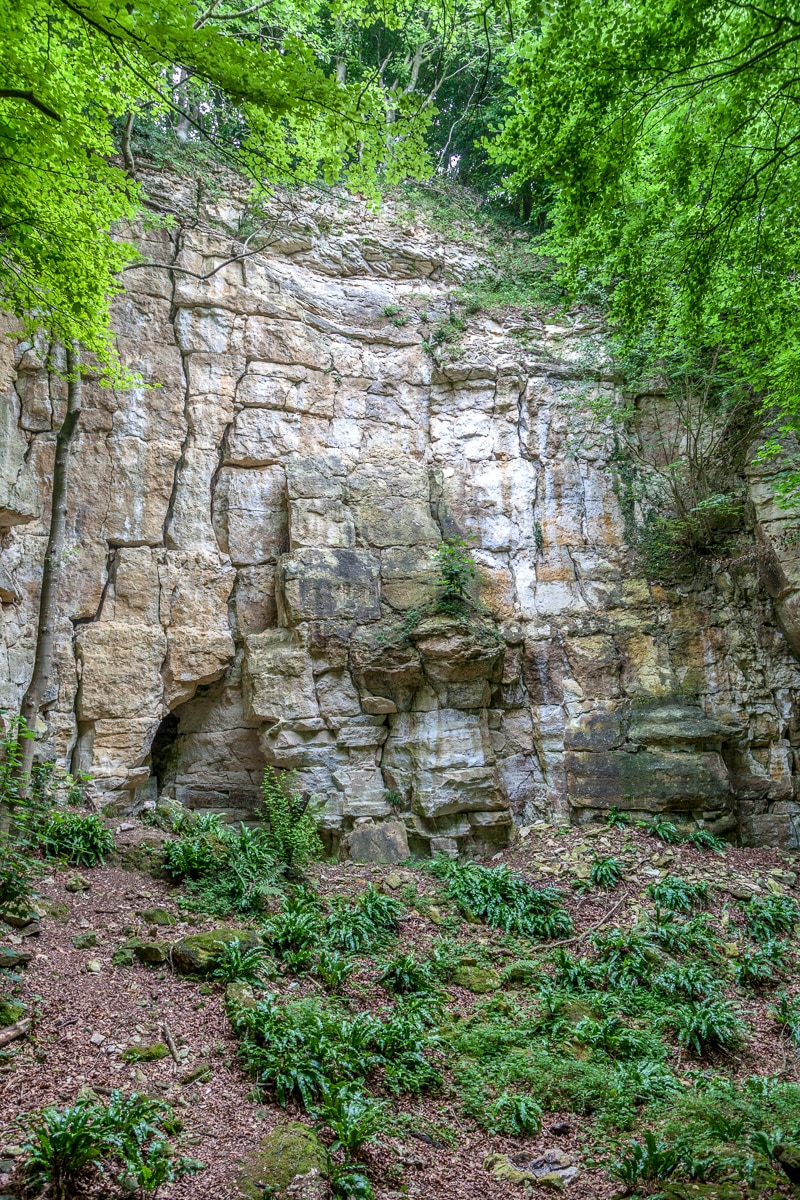 The limestone quarried in this area is Oolitic Limestone, formed during the Jurassic period (206 to 144 million years ago). Practically all of the Cotswold villages, and there are many hundreds of them, are built entirely of this beautiful golden-hued stone. In fact, stone from quarries in the Cotswolds was used in Oxford for its colleges and later in the construction of Eton College, Windsor Castle, Blenheim Palace, Bath, and even the Houses of Parliament.

On the other hand, the wool trade was one of the most important factors in the English economy, beginning well before medieval times. The large, native sheep known as ‘Cotswold Lions’, because of their long, shaggy,  golden fleeces were raised in huge flocks on the properties of the abbeys and monasteries. Merchants became rich and spent much money on the churches as well as building large elegant homes for themselves. At that time 50% of England’s economy was due to wool. 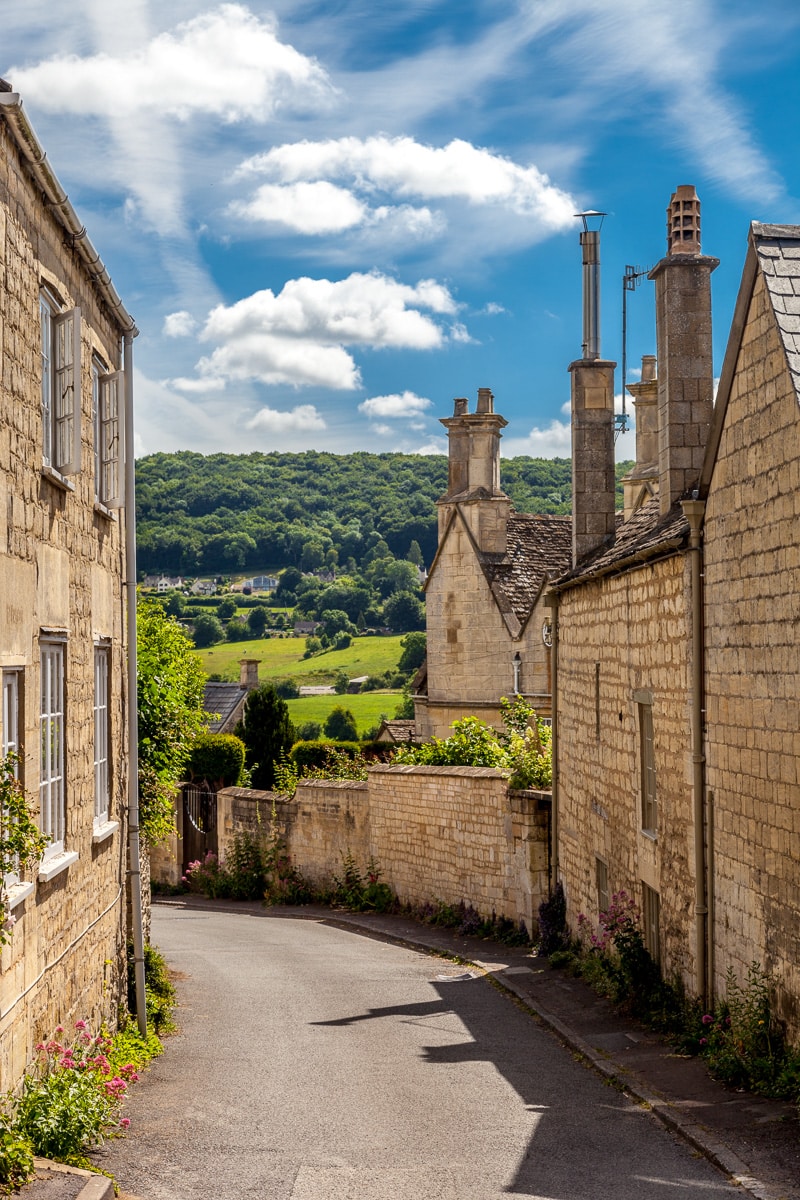 By the end of the fifteenth century England was “largely a nation of sheep farmers and cloth manufacturers”. Over the next two to three centuries the industry saw continued expansion despite conflicts at home and abroad. Still, in spite of innovated processes, products, and technology, the powerful economy that began as a cottage-based industry and had created an empire built on the backs of sheep began to ebb. Though not dead by any measure, changing styles, synthetic fabrics, and shifting markets all contributed to the decline of the wool industry.

The area is now prosperous and the economy is diverse, but more importantly, for us, it’s the rolling hills and grasslands, medieval villages, churches and stately homes; and of course, the walking. 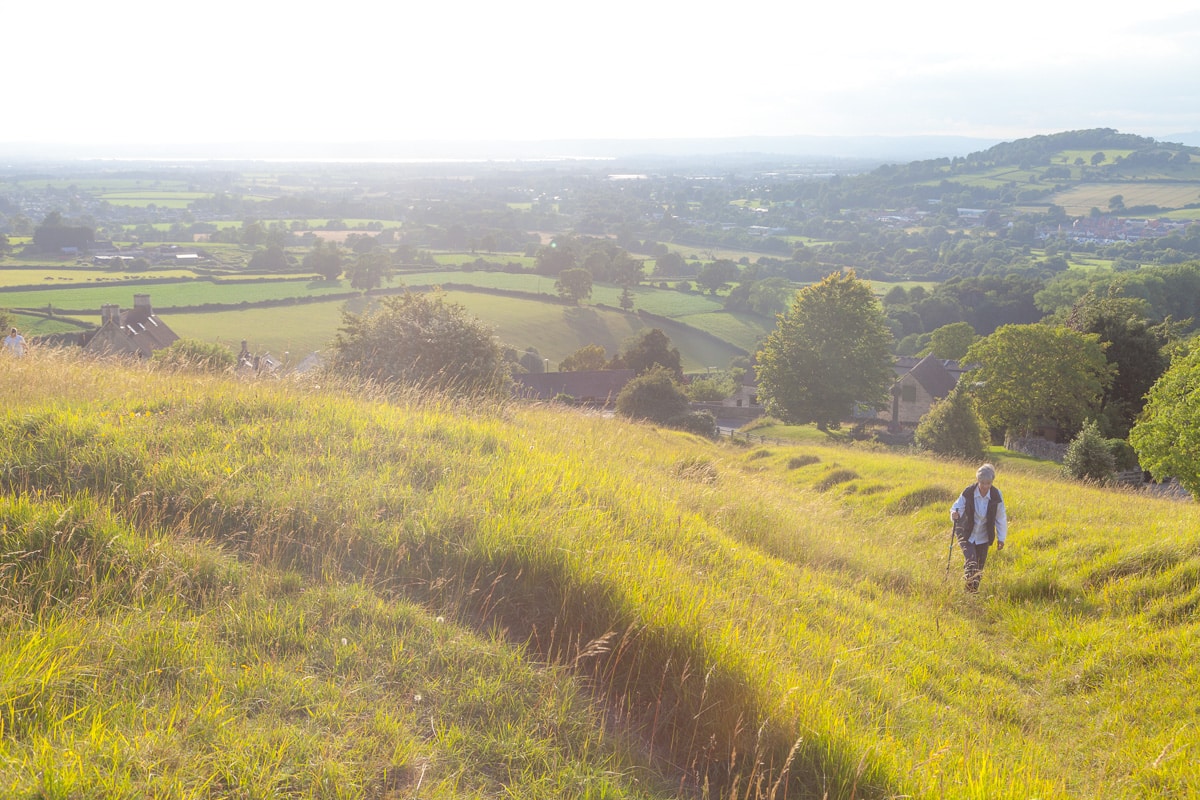 The Cotswold hills are not very high, but extremely varied and moderately steep. The high wolds consist of grassy common lands dotted with cattle, while others are covered in old beech forests. Down in the narrow valleys, little villages and hamlets still exist along tiny country lanes. The ancient, traditional-style buildings are well preserved, and the rich honey-colored Cotswold limestone blends into the landscape of small fields, large lone trees, hedges, and centuries old drystone walls. Without a car, we have wandered a multitude of these public footpaths finding long circular routes by stringing together footpaths, lanes and roads for many miles. To get further afield, we have taken the local buses to towns like Nailsworth, Painswick, or Nympsfield, and then walked back, or vice versa. Often we will pack a picnic lunch, or other times we will we will target a pub or inn along the way for a hearty lunch and ale … or sometimes both the picnic and pub.

So, this beautiful palate of hills, pasture lands and forests, sprinkled with charming stone hamlets and villages, is what drew us to this place to walk the paths created by the footsteps of centuries past. View the images and see if you agree that it was a good choice.