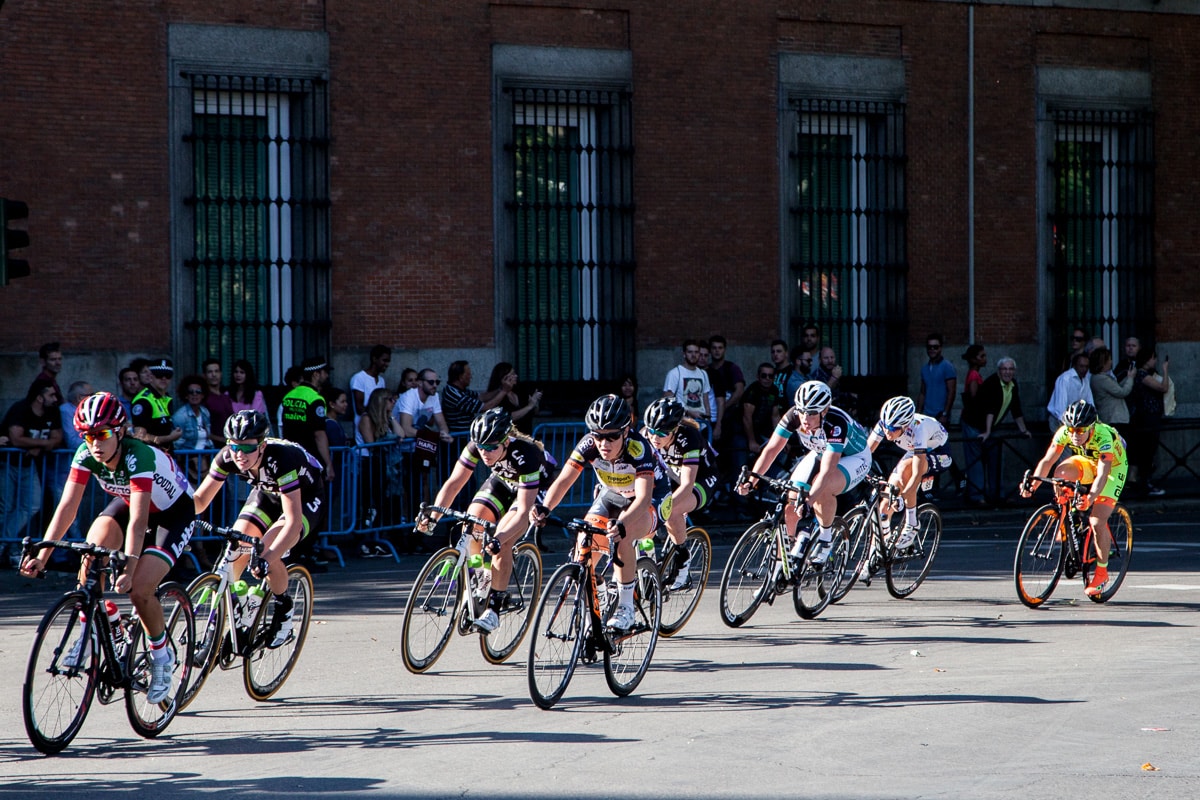 As a former avid cyclist, I used to follow the Tour de France (TdF) every year. Since about 1984 or 1985 when the Tour was running, the TV would be on whatever channel was showing any of the race. I would watch for hours at a time and saw some of the greats – from Greg LeMond who first won in ’86, Bernard Hinault, Miguel Indurain, and so many others including Lance Armstrong, until his fall from grace. In the early days, there were only 30-60 minutes of recaps from the previous week’s stages on Saturday, usually in the afternoons. I would lie in front of the TV after having myself completed 48-80 km (30-50 miles) of cycling in the morning. In complete empathy with the riders and their suffering, I marveled at the speeds they would achieve and the mountains they would climb. They inspired me. 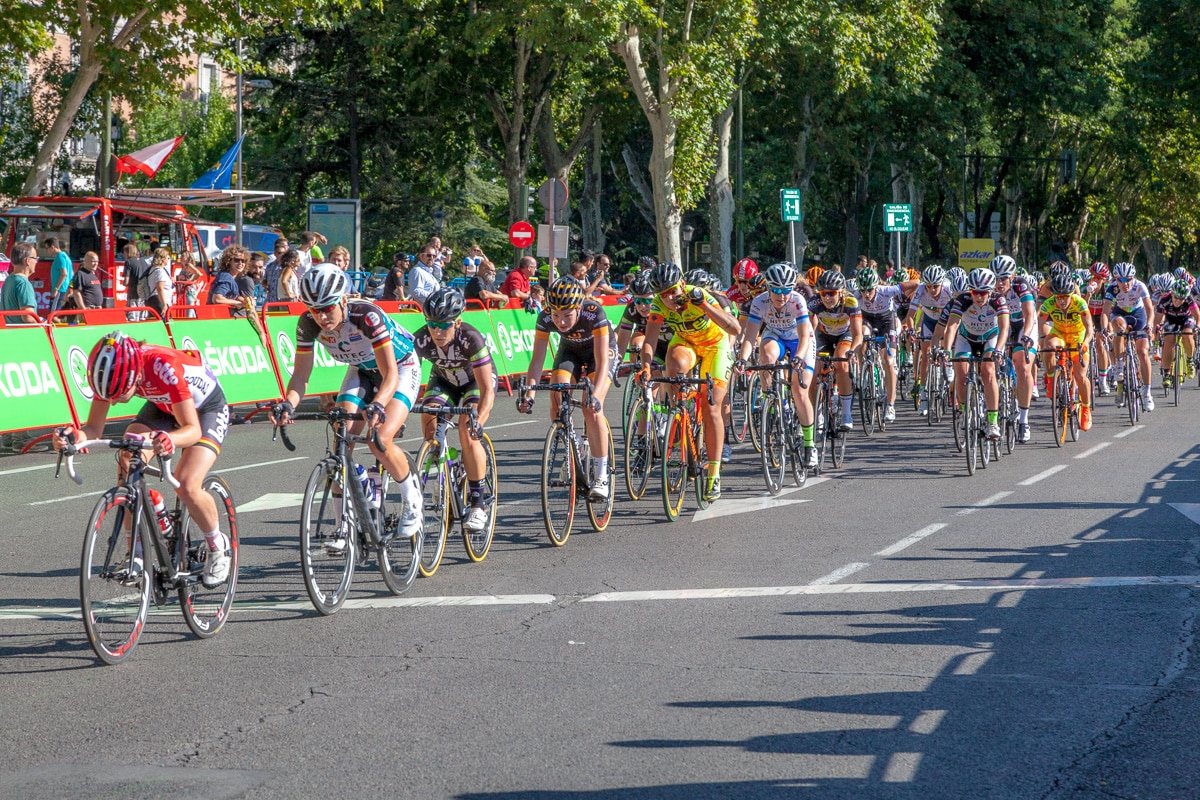 Cycling’s Grand Tours are the Tour de France, the Giro d’Italia, and the Vuelta a España. They are the most prestigious, and grueling three week-long cycling events in the world. As Jeannie and I would watch the Tour de France, we would watch in awe of, not only the race, but the variety and beauty of the France. The Tour fed our desire to travel and see that part of the world.

We have never been at the right time or the right place to see the TdF while we have been in France. Besides it can be expensive and difficult to get to a good spot to watch the 200 riders streak past in 60-120 seconds, and then they are gone. Like so many sports or events, the best seats in the house are in front of the TV. 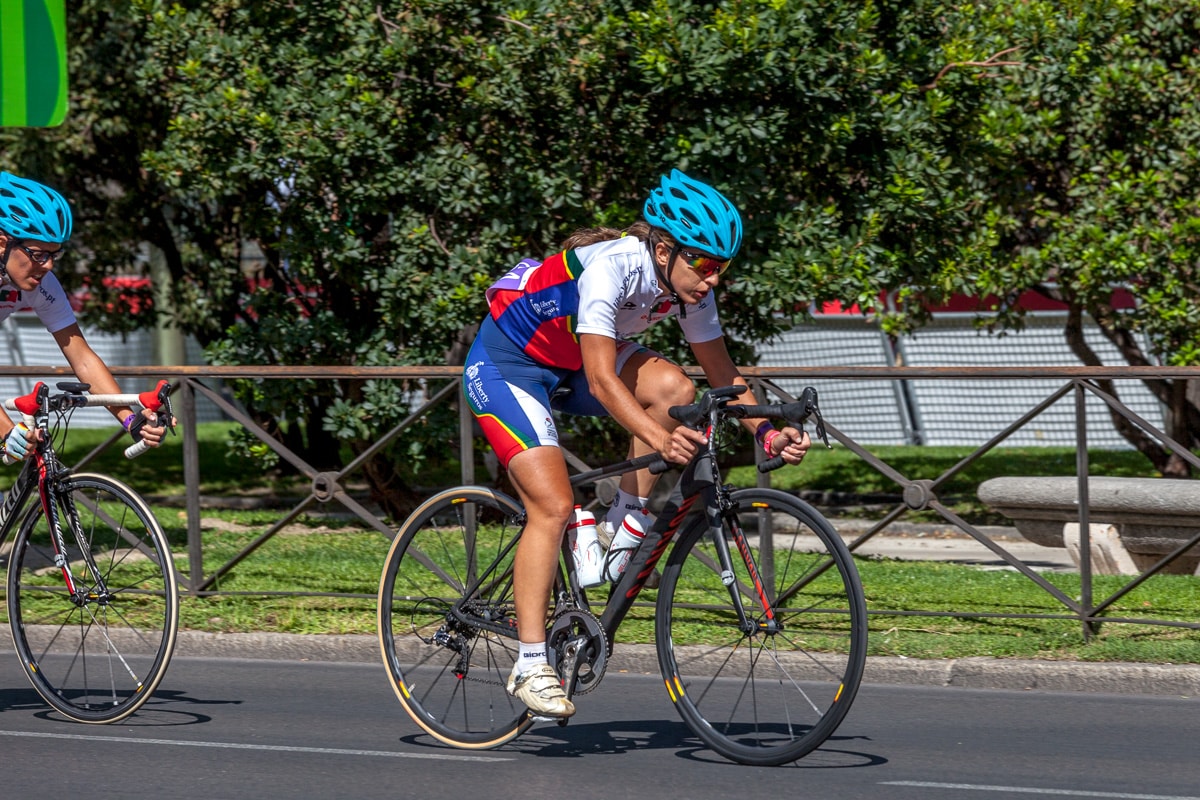 This final stage of La Vuelta into Madrid was preceded with the Women’s Madrid Challenge by La Vuelta featuring 95 cyclists from 14 UCI elite women’s teams and two national teams in a one-day race of just over 85 km (51 mi).

Anticipating large crowds, we arrived early to seek out a good spot. As we scouted out a location the Junior Men’s competition streaked towards the finish line. Later, the women’s race zoomed past. The lighting was good and there were uncrowded spots to shoot photos from. This race was fast and exciting, and the multiple final laps through this part of Madrid, meant that I would have good opportunities to capture some good shots.

It was well after 6:00 PM when the advertising caravan made its way past the throngs of spectators lined 2-5 deep along the barricades. The vehicles, all decked out in sponsor signs and decorations, rolled past for several minutes tossing trinkets like hats and bags to the excited crowds. Then we waited more. The sun was hot and our feet were tired after walking and standing all day.

Finally, just after 7:00 PM the first racers appeared opposite where we were standing, near the Fuente de la Cibeles – the fountain that marks Madrid’s center. The final circuit was composed of 10 5-km (3.1 mi) laps that went up three different roads, all of which had a u-turn, and all of which started and ended at Plaza de Cibeles. 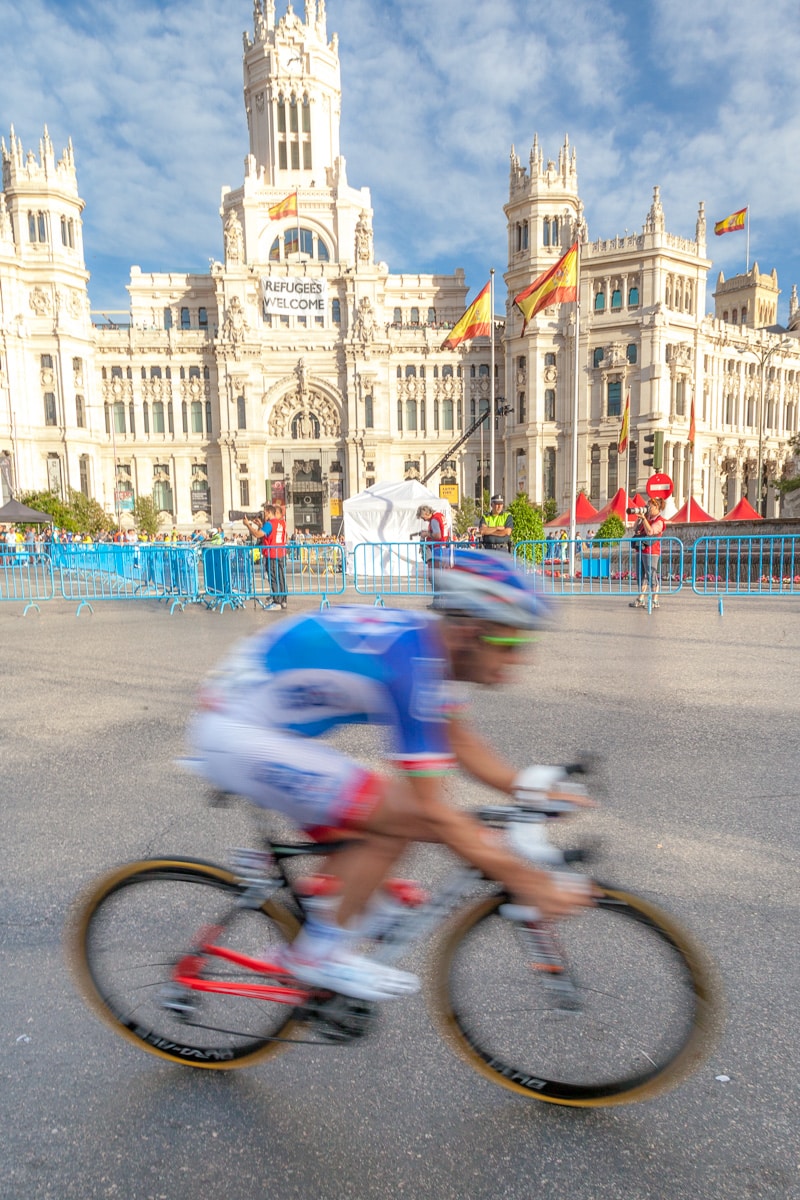 After more waiting between laps, the sun kept sinking lower in the evening sky and the shadows of the buildings were now making their way across the road. Now as the riders came by they were in the deep shadows. We stayed until almost 8:00 o’clock. But we were tired, hungry, and the crowds that were 3-5 deep, were becoming 8-10 deep and pressing forward. The shadows were making photography difficult and our position, while generally good for being a spectator, wasn’t ideal for capturing images. Besides, once the race ended the sidewalks and Metro would be even more crowded than normal, and we can’t complain in Spanish.

It had been an exciting day. The racing was exciting, the commotion, the spectacle of it all was so much fun. But even though evenings in Madrid don’t begin until at least midnight, we made our way home, prepared some dinner, turned in and dreamt of cycling through the countryside … with a tailwind.