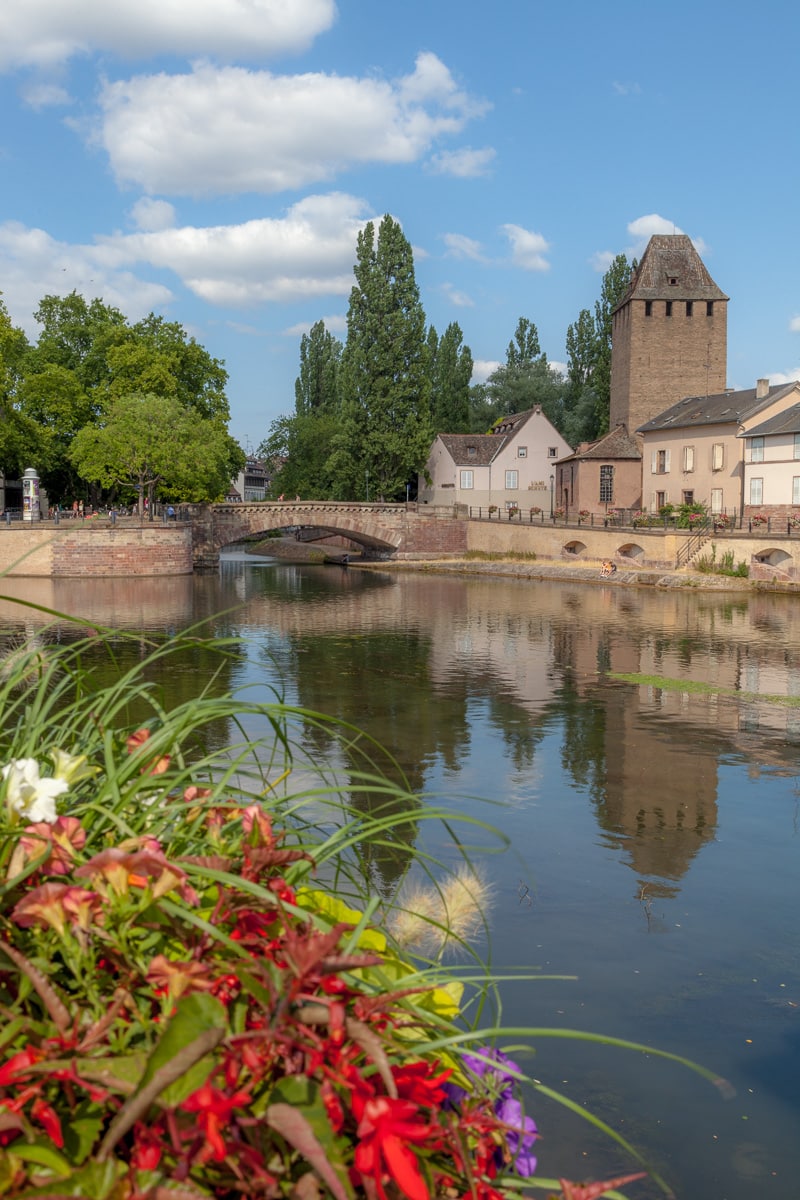 Strasbourg is vastly different from any other place we have lived, on so many levels. This city lies on the Eastern border of France, on the Ill River where it flows into the Rhine on the border with Germany. It is deeply permeated with Franco-German culture. The city has been disputably French or German off-and-on for centuries, and yet today is a bridge of unity between France and Germany.

There is a blend here; the language, food, products, architecture, and most everything is an interesting of being … both cultures.

As Jeannie described, this apartment, too, is different. The quiet, long, dark, cool passageway from the stairs to the street is like a portal into another world. As soon as we push open the door we must look both ways before stepping out into the street to avoid being hit by a bicycle or a pedestrian – no cars, it’s a pedestrian street.

Though Strasbourg is known primarily for its beautiful Cathédrale Notre-Dame de Strasbourg, is also famous for its medieval cityscape of Rhineland black and white timber-framed buildings. Our apartment is right in the center of the historic district, and every day we leave our apartment with its lights, plumbing, and internet and step out into a world of centuries old buildings and streets. *Time Travel 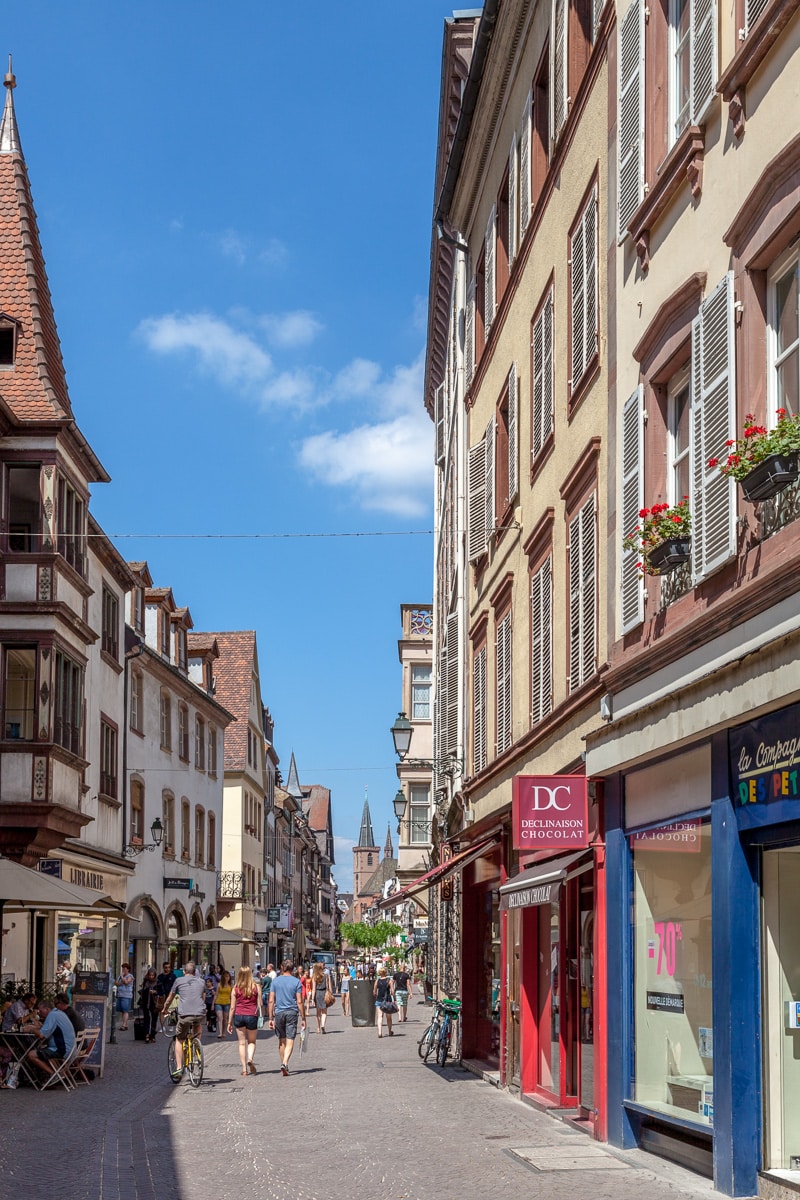 Once on the busy, bustling Grand Rue, we are in the middle of the Grande Île (Grand Island), that was classified a World Heritage site by UNESCO in 1988. The Romans under Nero Claudius Drusus established a military outpost close to a Gaulish village near the banks of the Rhine, at the current location of Strasbourg, and named it “Argentoratum“; it was first mentioned in 12 BC. 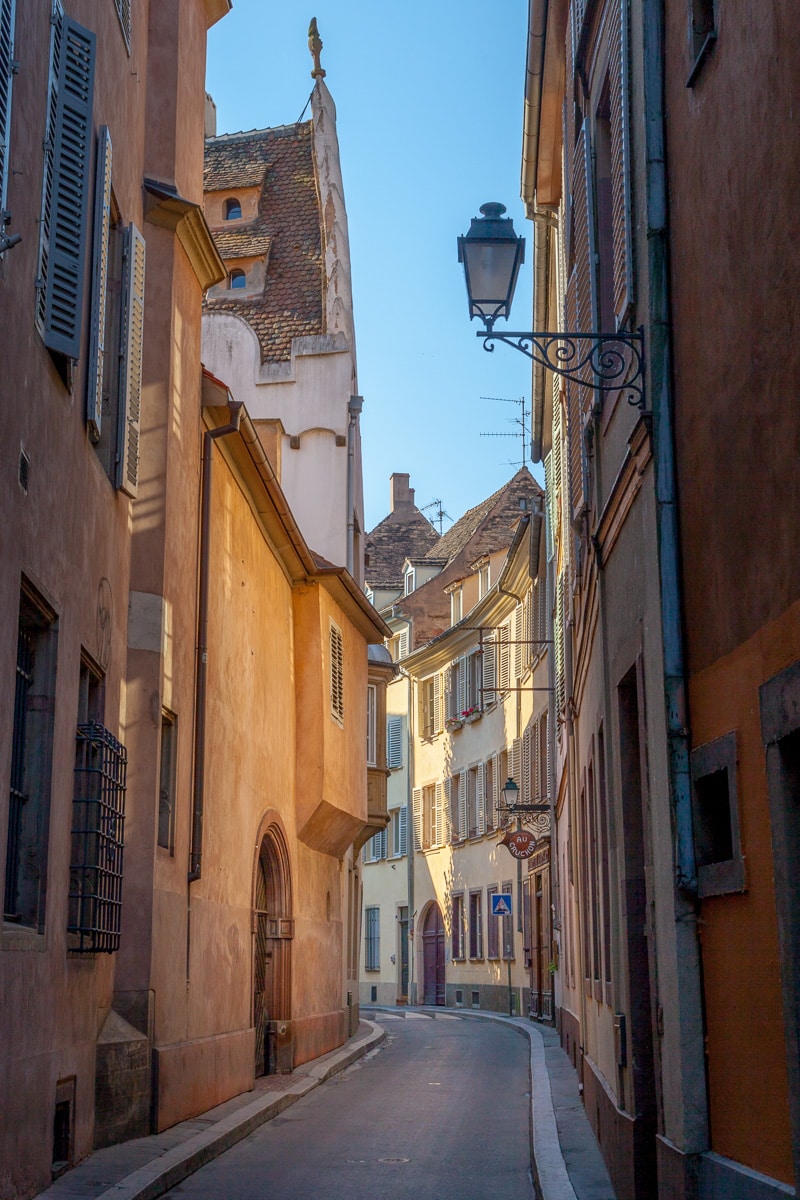 Venturing towards the famous gothic cathedral, the cobblestone and sett paved streets meander about, crossing at strange angles, intersecting small alleys that curve off and tempt you to discover whatever secrets might be found.

Here and there one glimpses the tall, slender spire of the Cathedral piercing the sky over the rooftops. But it isn’t until you turn the corner, especially in the sunlight of the afternoon and evening, that the “gigantic and delicate marvel” as Victor Hugo describes it, comes into full view. 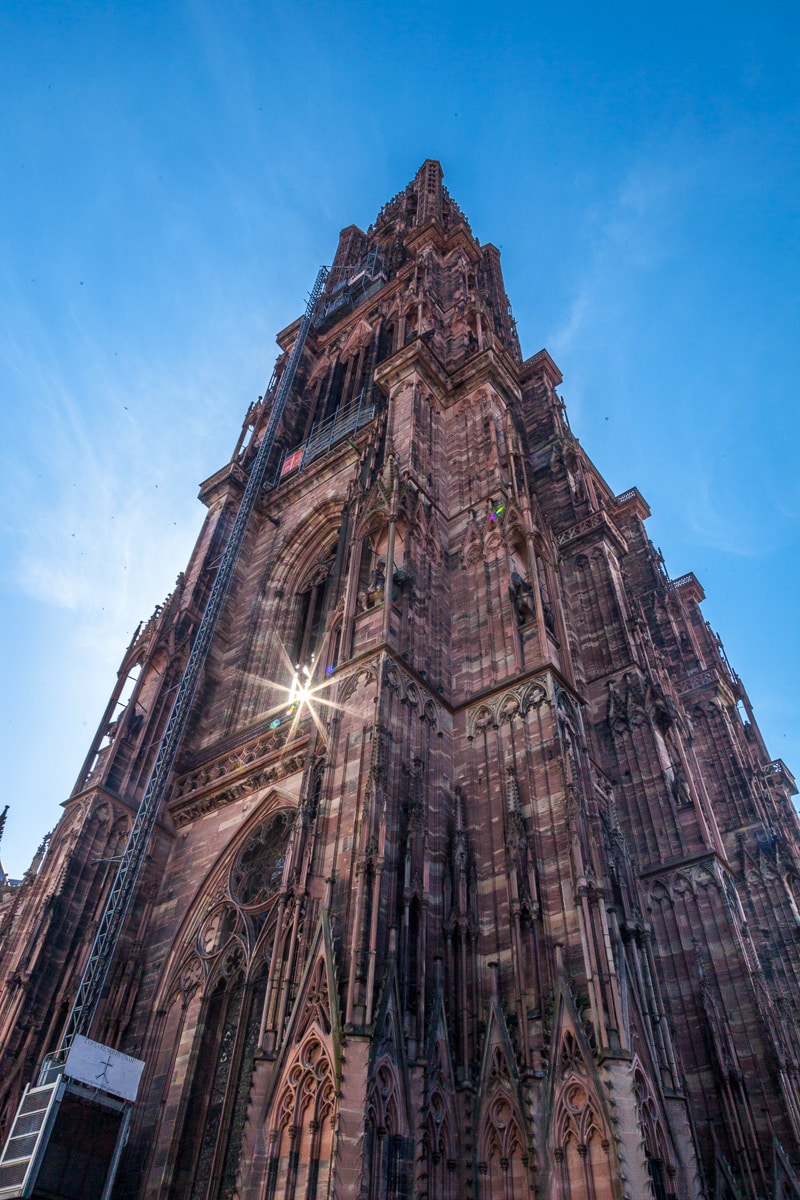 From a distance the spire looks as if it could be a spear made of reddish-pink lace, and yet it is stone. Delicately carved of the red sandstone for which the region is famous, the colors change with the light. The structure is also lit at night by massive spotlights, not unlike most famous structures.

However, this is the Millénaire des Fondations de la Cathédrale Notre-Dame de Strasbourg or the Millennium of the Cathedral’s foundations. A series of religious buildings stood on the site of Strasbourg Cathedral… until 1015, when the construction of its foundations began. This Cathedral is France’s second tallest and second most visited cathedral, and there are many special events to celebrate this milestone. 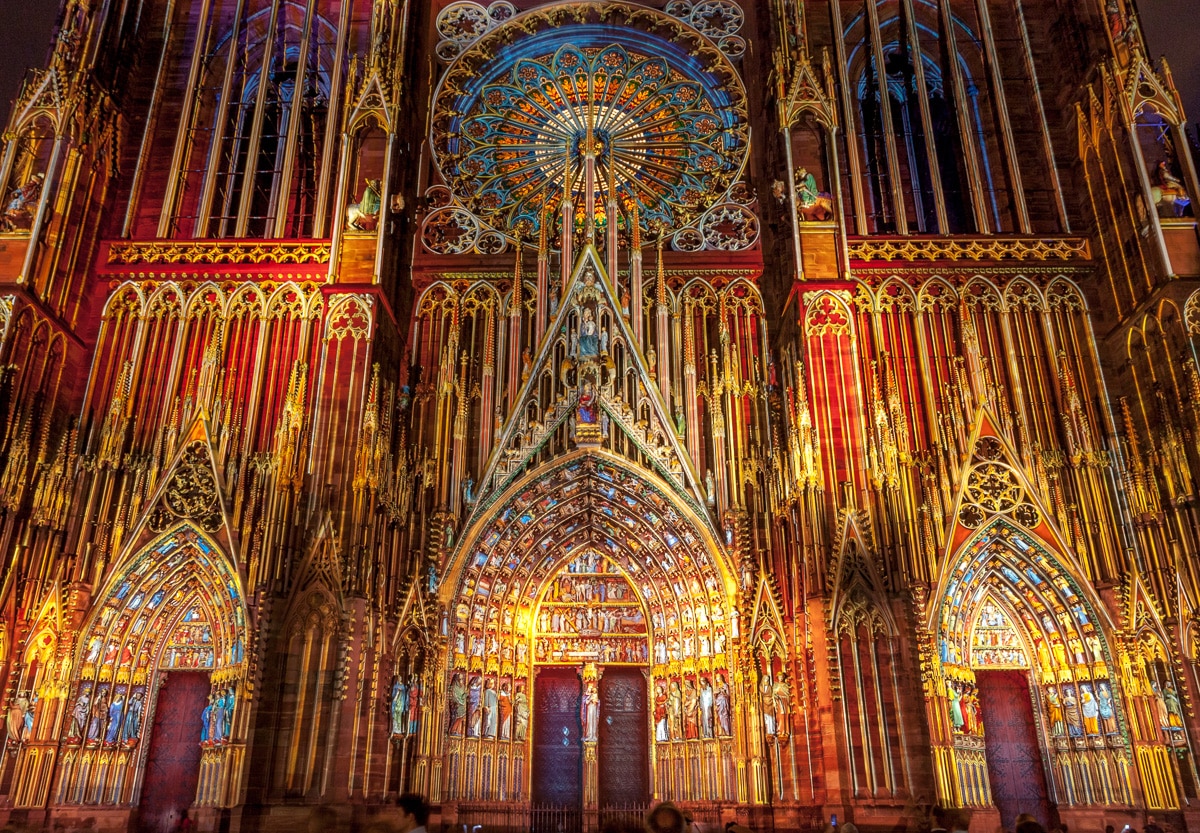 One such event is the lightshow that is projected onto the western and southern façades. The main entrance is on the Western side, and the projection is somewhat static, but in no way dull. Every carving, face, and background is projected in full color onto the corresponding sandstone surface giving a 3D-like effect. The 13.6m diameter (or 45 ft) rose window over the main doors is lit from inside the Cathedral providing an extra-colorful display.

On the Southern face, the lightshow is colorful and dynamic. The 15-minute show, complete with an impressive soundtrack, begins at 22:30, and depicts the 1000-year history of the cathedral in an incredible display of light and sound .

The interior of the Cathedral is just as beautiful, that will have to be another story.