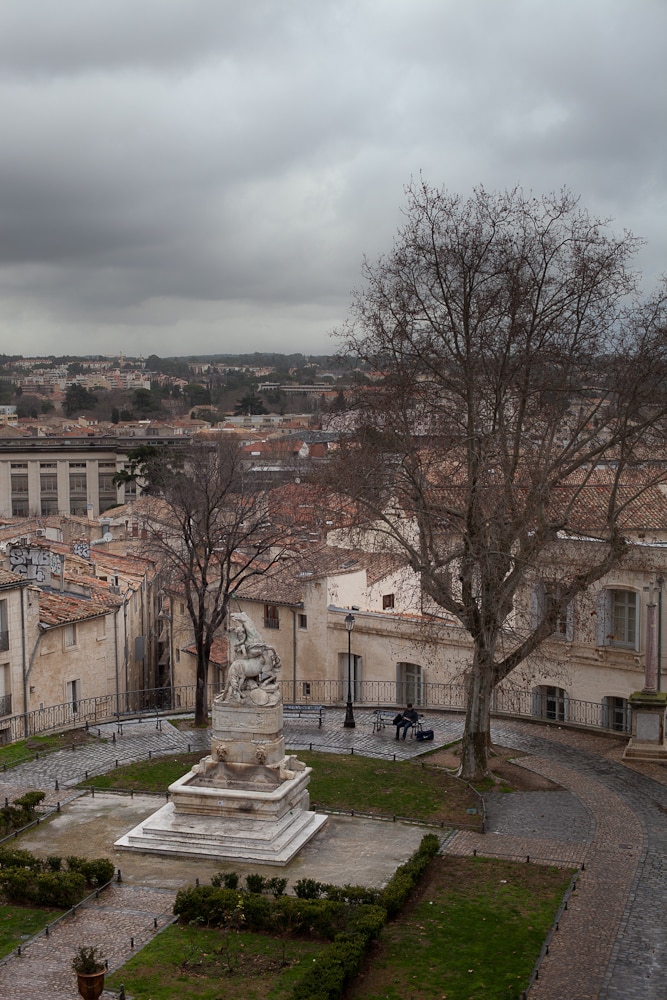 Weathermen and meteorologists. You really don’t trust them, but you consult them all the time. Plans are made or not based on their prognostications. But (in Florida at least) they are wrong SO often, AND they keep their jobs. Well, here in southern France The weather forecasts have been similar. The rain chances for say Monday are 100% early in the week, one day later they are 10% then 100% then 100%, the next day until Sunday the rain chances return to 100%.

The forecast was for all of Monday to be a washout. Indeed it did rain, but lightly and only briefly in the morning. We were prepared for a day inside. Besides, a rainy day would have been good for visiting art galleries and museums, but in France they are all closed on Mondays. So what are we to do? We’ll bundle up in rain gear, grab the umbrella and go for a walk.

But first, before the rain began, we got up early to walk about 90 m to the local pâtisserie to buy croissants to go with our morning coffee. Fresh, local croissants are like nothing else you can eat, and in France, well … enough said.

The rain then began, but didn’t last long, and we had a delightful day. We negotiated the trams, traveling out to the suburbs and back. Shopped for some grocery staples, ate crepes for lunch, again stopped by Les Halles Castellane for some homemade soup and fresh vegetables for dinner.

After returning to the apartment to put the foods away, we read for a while with a cup of tea, and then walked the short distance to St. Peter’s Cathedral Basilica (the first stones having been laid in 1364). Wandering about for a while longer, we picked up a fresh baguette to go with our dinner. … Yum.