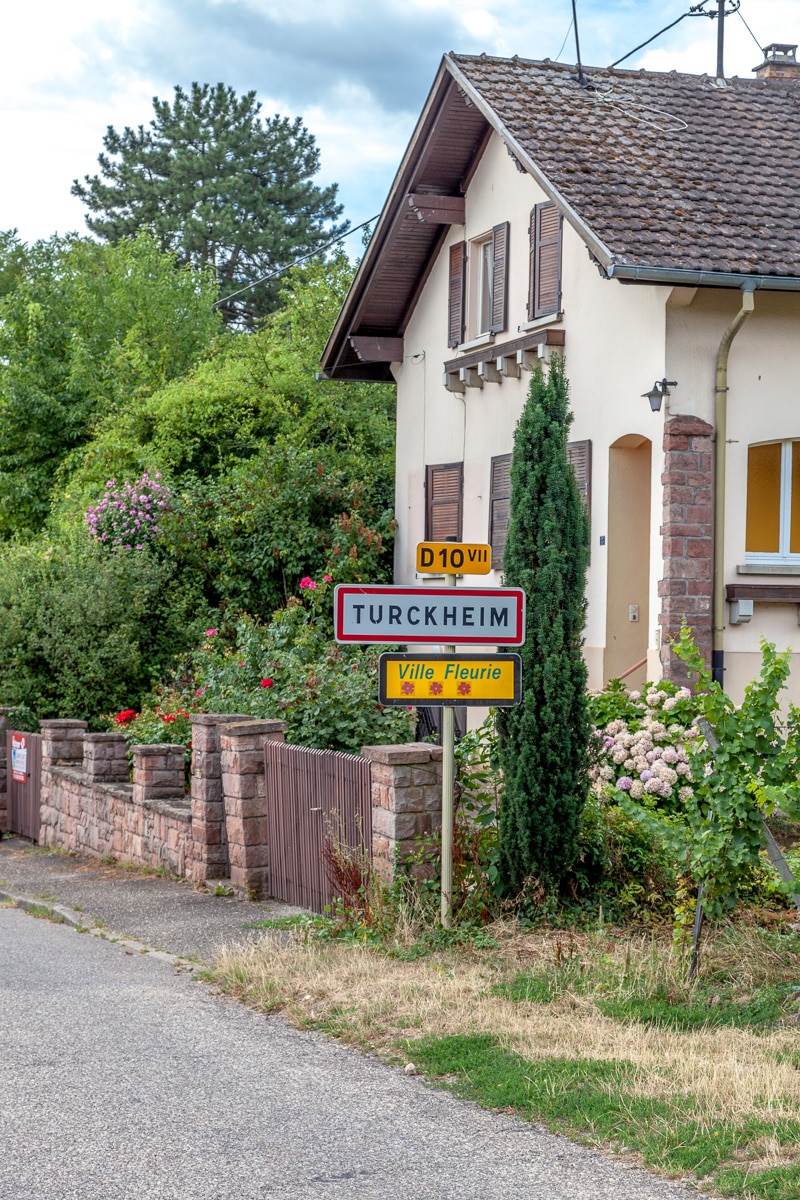 A few days after our visit to  Château du Haut-Kœnigsbourg and Ribeauvillé (previous post) we took the train south and west to Turckheim, famous for its surrounding medieval wall and Gewürztraminer wines. In the morning after gathering some information from the tourist information center, we went out on a walk, first through the forest and then off through the vineyards high above the town and overlooking vineyards covering the hillsides, the Rhine valley and the Black Forest Mountains in the distance. 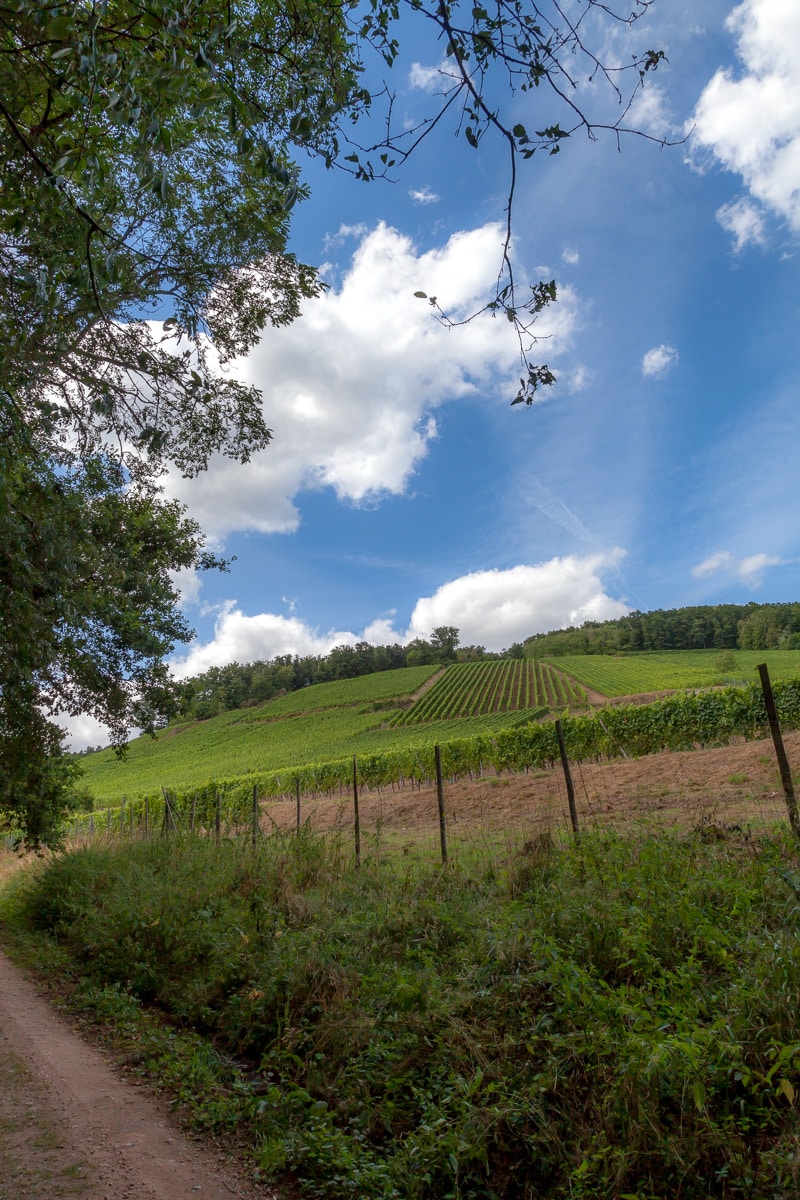 The morning washed the hillsides with a blanket of light and the green color of the vines provided a delightful contrast against the reddish-orange soil. The tile roofs of the small villages and towns in the distance stood out on the vast plain.

The grapes, hanging from the vines, were about the size of small marbles, with a hazy green bloom. They were probably about six-weeks from harvest (15 September-ish), though the harvest for Vendanges and other late-harvest wines won’t begin until mid-October. Picking is mainly done by hand, necessitating around 250 hours of work per hectare (100 hours per acre). The quantity of grapes per vine was, to our untrained eyes, very good, however it has been very dry in the Alsace.

Our route brought us back into town where we located a place for lunch next to La Porte de France, one of the three gates in the surrounding medieval wall. 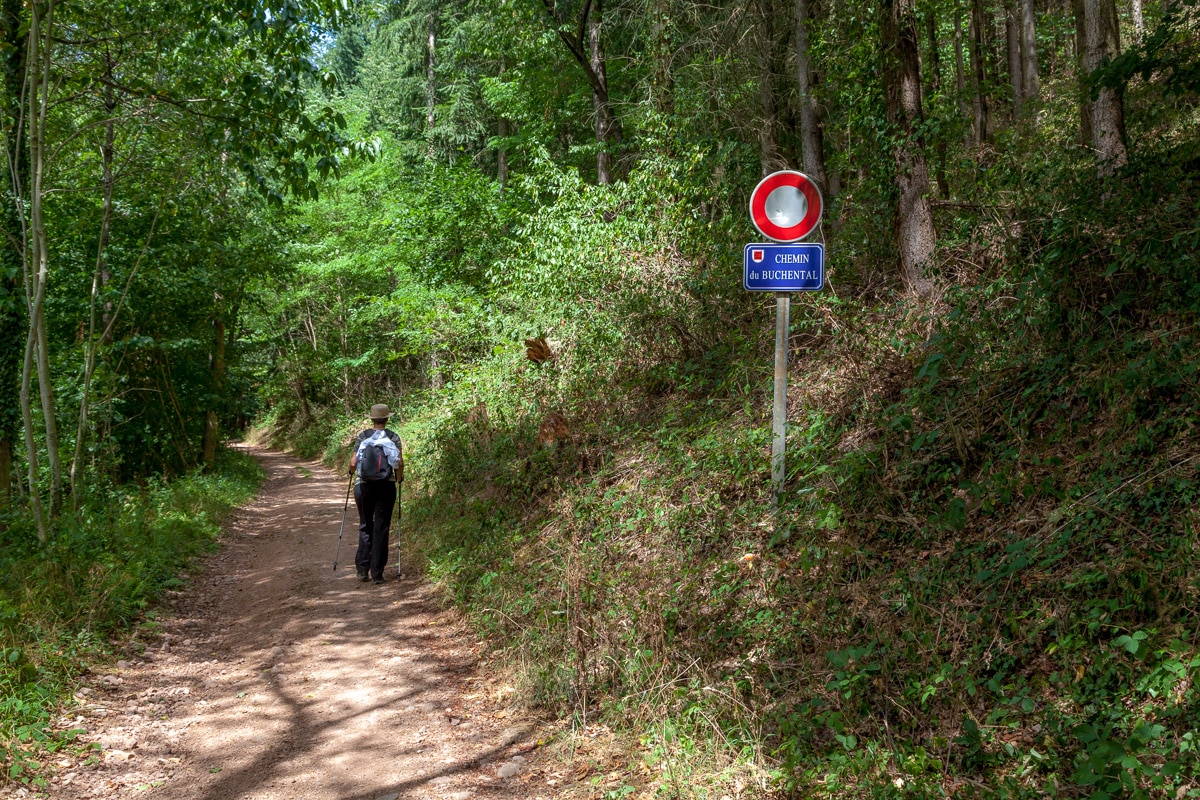 After lunch we were up for a more challenging hike, so after studying our maps we decided on a route following a couple of the trails. The route initially followed the contours of the hills, but soon turned upward.

The old gravel farm track then entered the cool dark woods, and once again we were invigorated by our surroundings. As we turned off of the steep upwards course, the path leveled and we were able to enjoy the surroundings, yet every now and then thoughts drifted to the many years of war that this area has endured.

The area west of the Rhine to the slopes of the Vosges Mountains and centered on the town of Colmar was, one of the most bitterly defended by the Germans in WWII. The battle of the “Colmar Pocket” began in early December 1944 and lasted for two violent, cold months. Thousands were killed in battle, hundreds died from the cold and the medieval villages of Mittlewihr, Bennwihr, Sigolsheim, Ammerschwihr and Katzenthal were destroyed. The Americans joined with the French forces and after days of fierce fighting liberated Ribeauvillé, Bergheim, Hunawihr, Riquewihr and later, Sélestat and Colmar. By February 5, the German troops were surrounded and on February 9, 1945 the entire Haut-Rhin was in the hands of the Allies. For the fourth time in 75 years, the province of Alsace had changed hands between France and Germany. 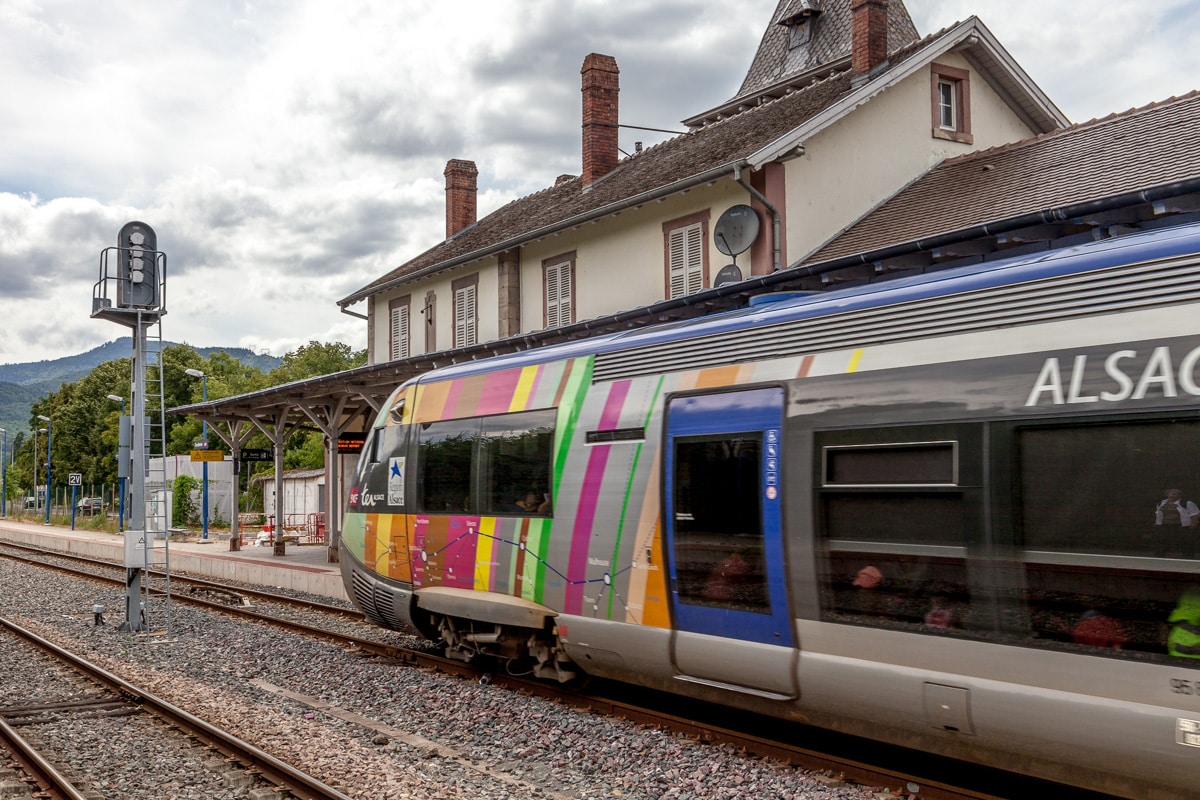 Today we found only peace and quiet thanks to the sacrifices made here over 70 years ago.

The long hike, for us, ended as we returned to Turckheim. The hot day warranted some ice cream, so we stopped at a small cafe for some glacé and a carafe d’eau before walking to the gare (train station) for the return to Sélestat and then Strasbourg.