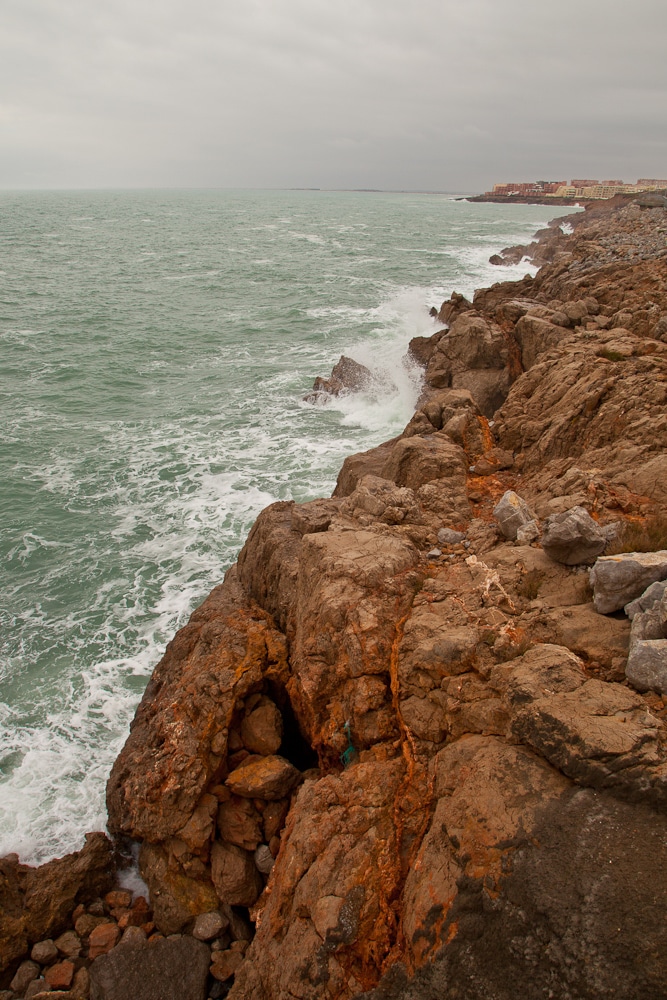 Having successfully negotiated the train to Aix-en-Provence just a day or two ago, we wanted to get a good view of the Mediterranean, and decided to go a bit further afield than the local beaches that are only a few kilometers away. Sete had been recommended by several people during our stay, and since it was a short distance away, it would make for a good day trip.

We arrived by train early in the morning after a 30 minute ride from Montpellier. The coastal area is flat, varying from marshes to farm land, including many vineyards growing grapes in the sandy soils. There are small, isolated “mountains” scattered here and there, and one of them belongs to Sete. 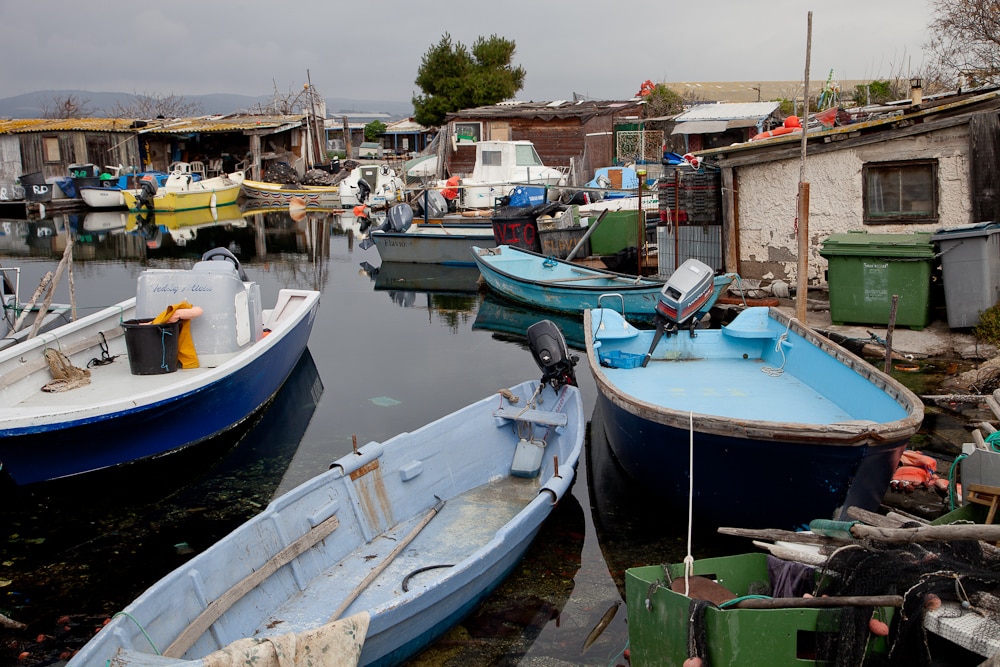 Sete is a working port town. It isn’t charming because it wants to attract tourists, it is charming because of its unpretentious nature. Situated at the southern terminus of the 150 mile long Canal du Midi, the 17th century waterway that connects the Atlantic to the Mediterranean. It is situated on and around Mont Saint Claire between the  Mediterranean and the saltwater lagoon Étang de Thau. Numerous canals run through the town connecting the two bodies of water, earning it the nickname of the Venice of Languedoc.

Strolling toward the Centre Ville or City center, we meandered our way along the colorful boat-filled canals lined with shops, cafes, apartments and hotels. Stopping by the tourist information center we gathered maps, brochures, and information from the friendly attendant. 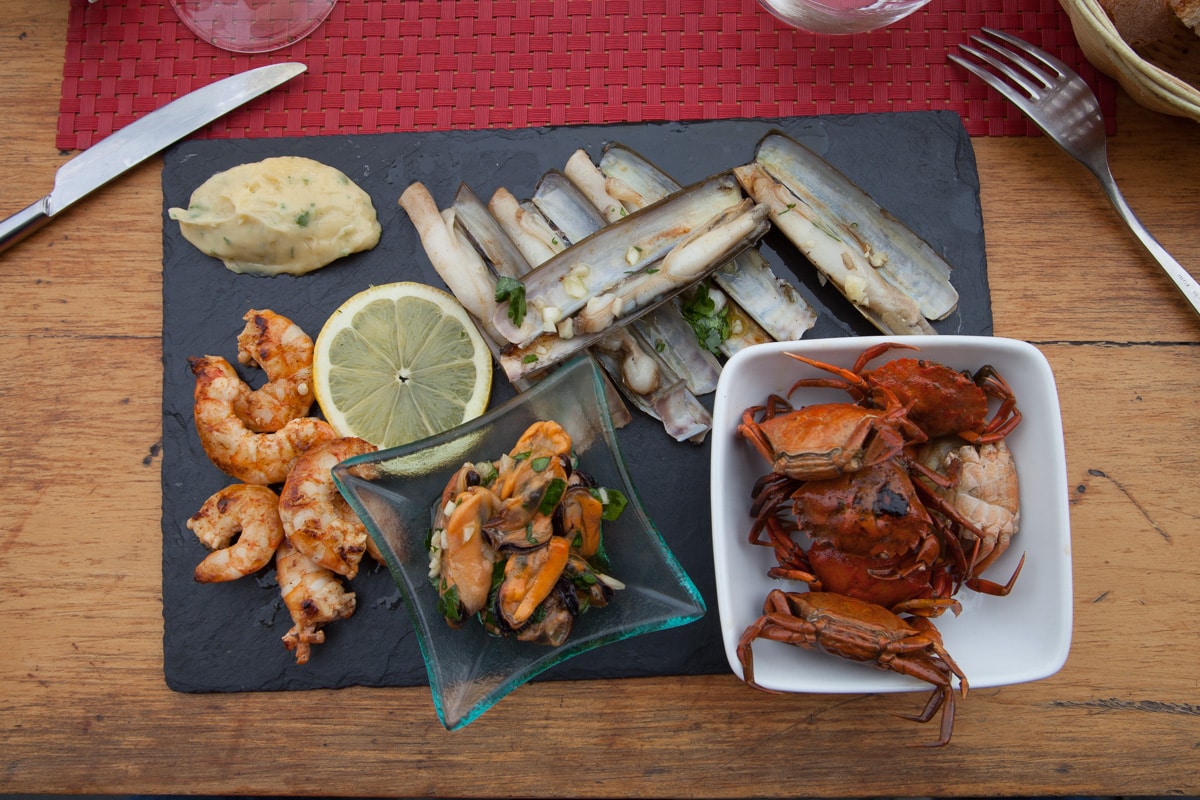 At an out of the way little place recommended by the tourist office, we enjoyed a great, fresh seafood lunch(we specifically ask for small, local, non-tourist) and weren’t disappointed. Jeannie had a plate of large gambas or shrimp that were closer to small lobster size and were grilled to perfection. I threw caution to the wind and got the seafood combination plate that consisted of razor clams, mussels, grilled shrimps (smaller than Jeannie’s), and a half-dozen of crabs each one no more than two inches across. Added to that we got sides of grilled peppers and lettuce and frites or french fried potatoes (not the best we’ve had). Otherwise everything was delicious.

The weather was gray and overcast, and after walking along the gray and unsettled Mediterranean our next goal was to hike to the top of Mont Saint Claire for what were supposed to be great views of the city, port and lagoon. You’ll have to read the account in a previous post of what transpired because of our (lack of) language skills. Suffice it to say that the gray, overcast weather wasn’t the only reason we didn’t go to the top.

We spent the remainder of our time in Sete roaming the streets and alleys and made lots of photos to share with you.