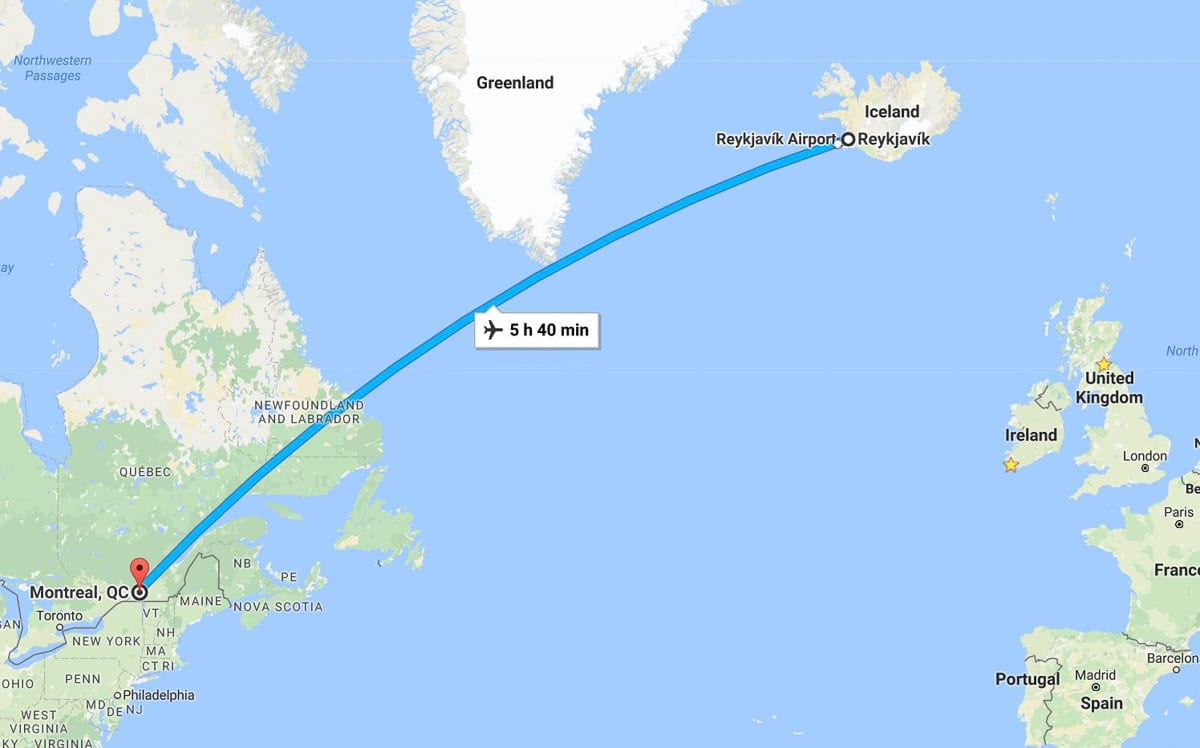 When our flight crossed Canada’s Newfoundland coast we cheered a little, as we were almost now firmly back in (over) North America. We were en route to Montréal, where we would be living in a small, urban cottage for a month before returning to the USA.

It was just beginning to get dark when our plane landed. We retrieved our luggage and cleared customs quickly, then went out to get a taxi to our new home.  As we approached the taxi stand, we saw a queue of at least 100 other travelers already lined up ahead of us. Upon inquiring of a young airport worker on options, she informed us that limo service was only about $10 CN more than the taxi and pointed out a door. There were no other travelers, and we quickly secured a ride. 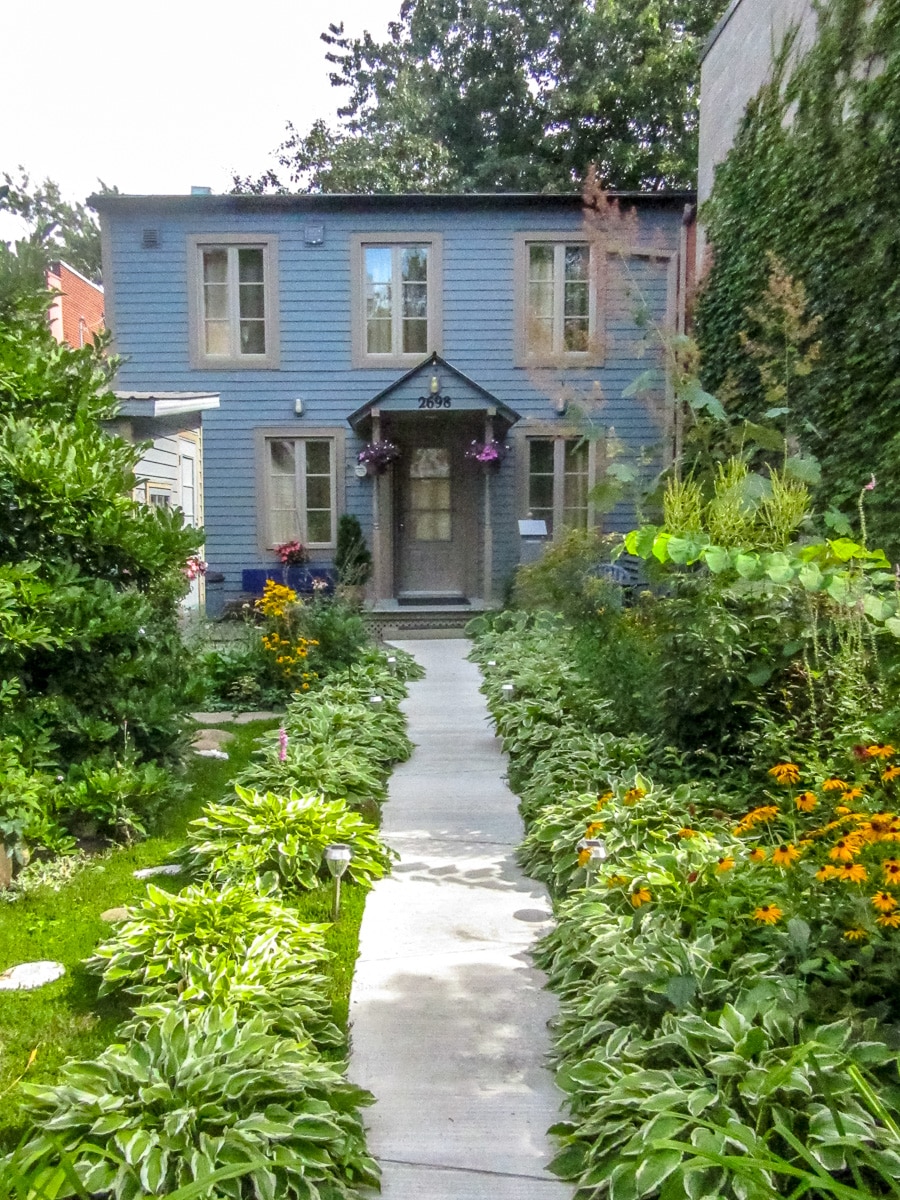 The drive to our apartment was uneventful and we soon pulled up to the address where the owner, Liette, waited to welcome us. We smiled as we saw what would be our home for the next month. Nestled between two newer, slightly larger buildings was a charming little cottage. A concrete path made its way through a delightful garden dressed in its late-summer best past an outside sitting area and table to our front door.

The small two-story cottage was as charming inside as it was outside. Liette showed us where everything was and how it all worked. She had even stocked the refrigerator with a few basics: bread, cheese, sausage, wine, and fruit so we didn’t have to go out after our late arrival. We immediately knew this was going to be a good month. 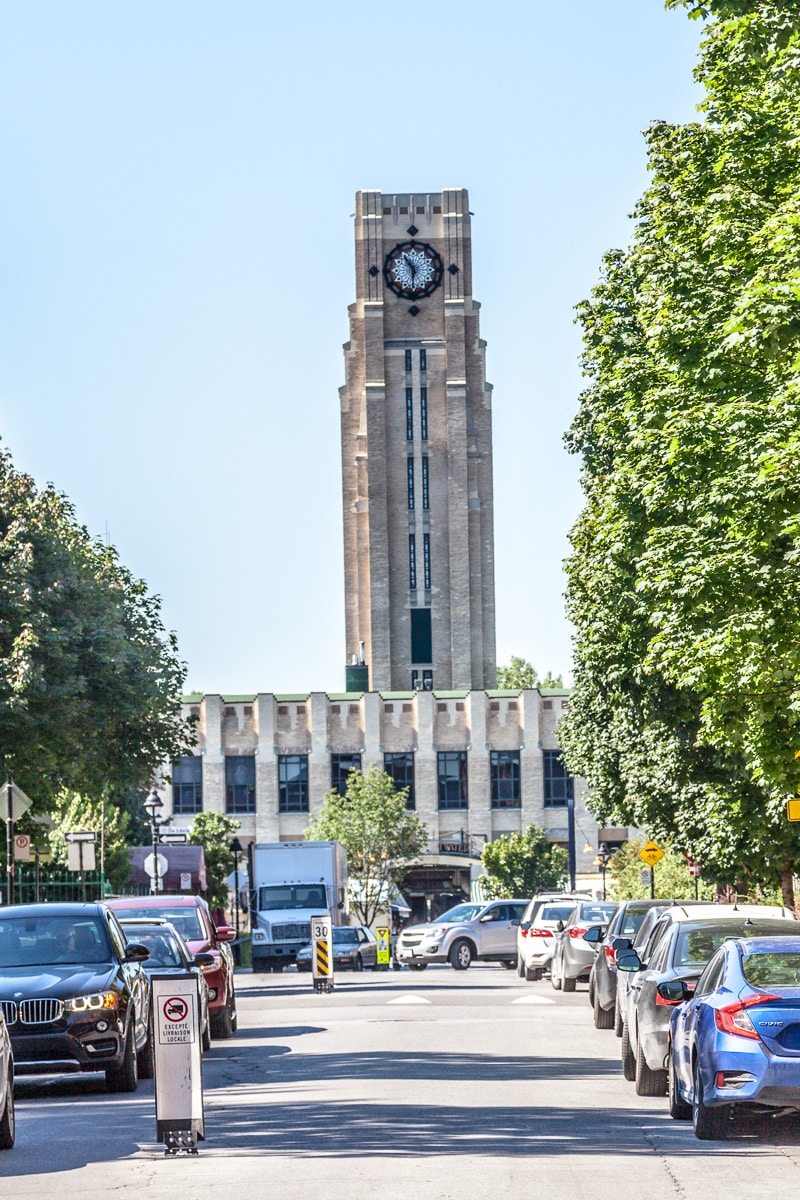 The next morning, the first order of business after coffee, was to walk the 1/3 mile to the Marche Atwater. The Atwater market is an eclectic mix of food stores and venders of fresh fruits, vegetables, two fromageries (cheese shops), several boucheries (butchers), a boulangerie (bakery), a poissonnier (fishmonger), not to mention several specialty food stores and some great eating options.

Across the street from the Atwater Market there was a supermarket, a pharmacy, as well as a large wine and alcohol store (SAQ a legal monopoly that controls alcohol distribution in the province of Quebec). 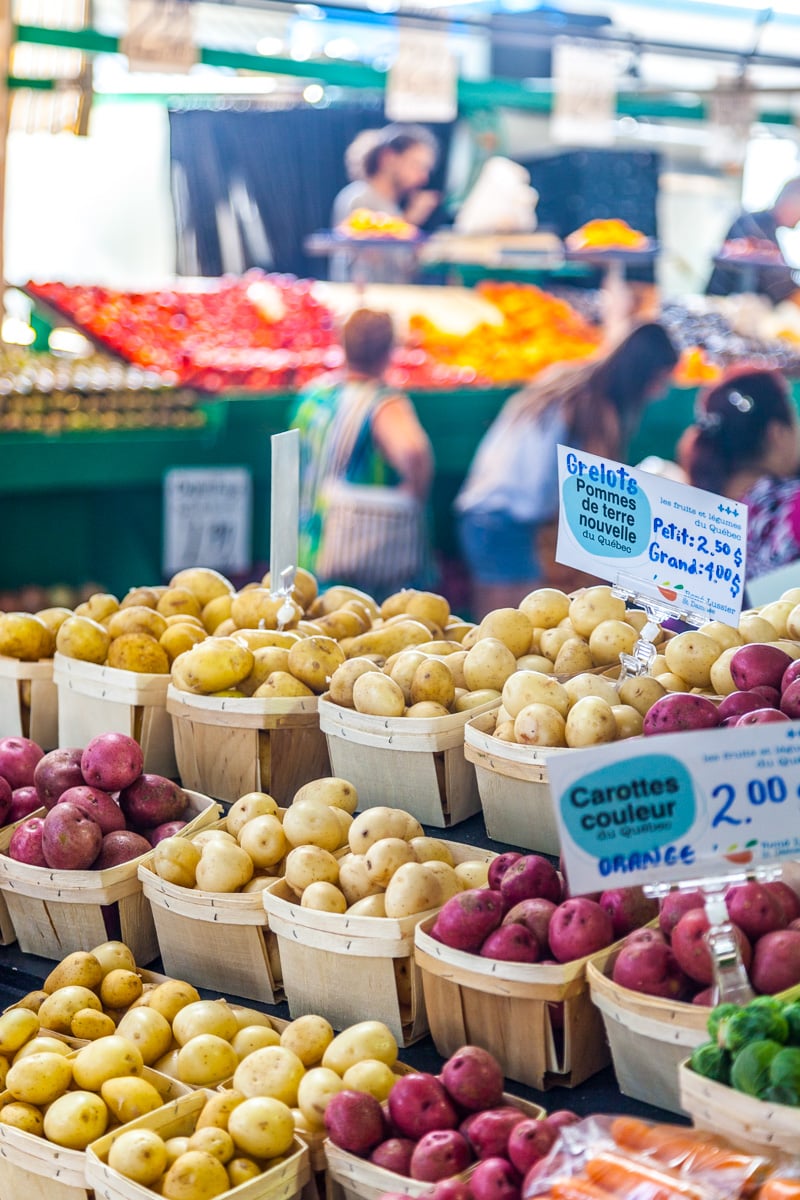 Of course, we were in the Canadian province of Quebec where French is the official language, and in fact, Montréal is the second largest French speaking city in the world, after Paris. While French is usually most frequently used, English is also spoken without hesitation. Even so, we enjoyed being able to practice our rudimentary French-speaking skills that had been evaporating since our last visit to France.

After a day or two of exploring the local area on foot, we bought some metro tickets and began to explore other areas of the city. As we walked around, we discovered a lively, vibrant, diverse and active city. We were impressed with the quantity and quality of the urban art scene, especially the number of murals painted on the sides of many buildings, the result of an annual Mural festival. 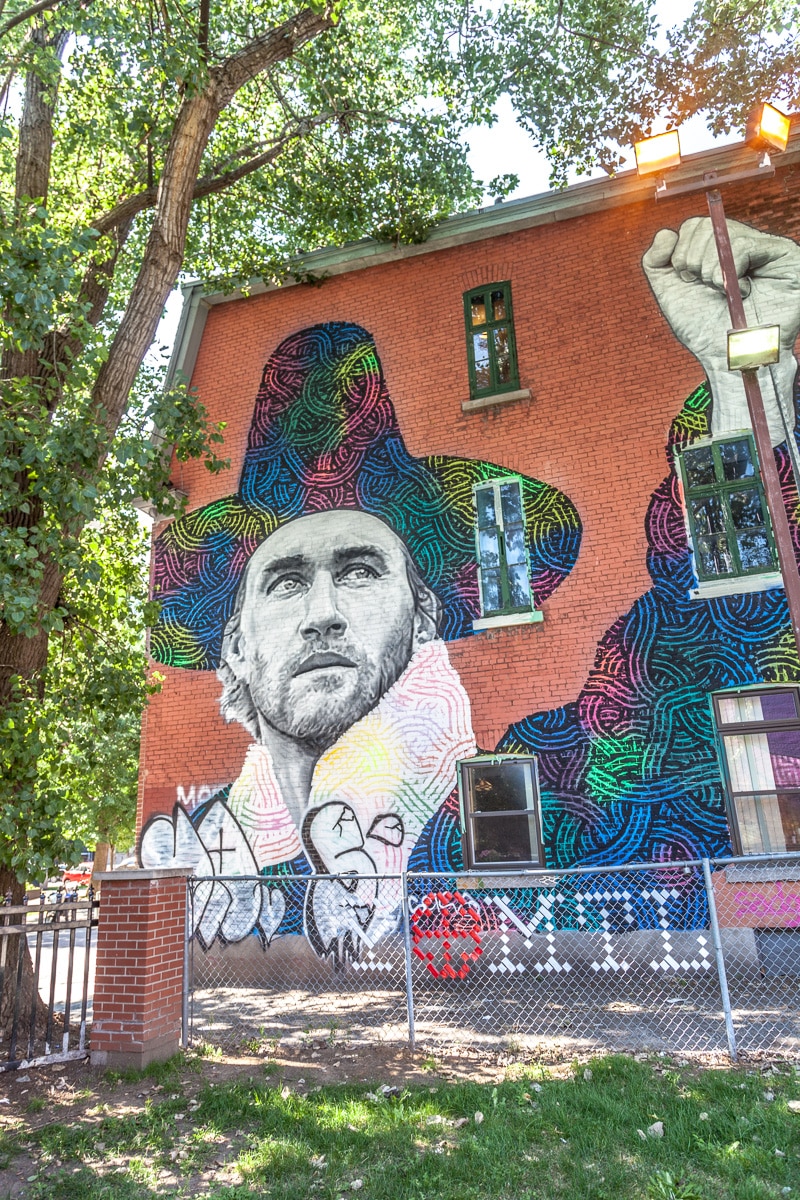 We did a couple of the walking tours that depart near the Place d’Armes in front of the Basilique Notre-Dame de Montréal. Like the hop-on-hop-off sightseeing tours available in many cities, walking tours are a great way to get your bearings and learn a little as well. The walking tours are nice in that there are better opportunities for asking questions, not only of the tour guide, but of other travelers as well.

Traveling the STM (Société de transport de Montréal) or Métro was easy and reasonable, and included local buses as well. But traveling the Métro allowed us to experience the “Underground City”. 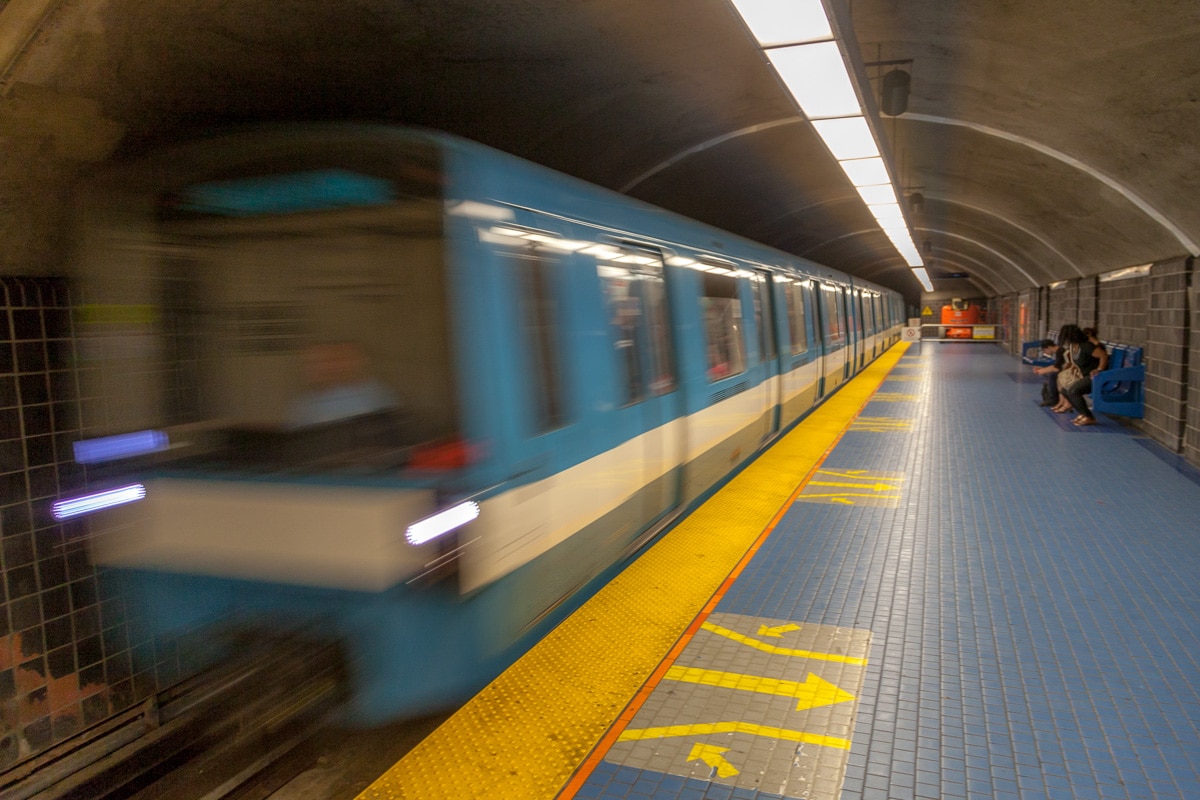 Montréal’s Underground City is a multi-level maze of tunnels and stairs connecting office towers, metro stations, shopping centers, schools, hotels, commercial complexes, convention halls, and concert halls.  Since we were in Montréal during the late summer we were unable to appreciate the best quality of the Underground City – during the winter it’s warm, and provides a good way to get around without ever having to step outside, especially during the brutal winter season. 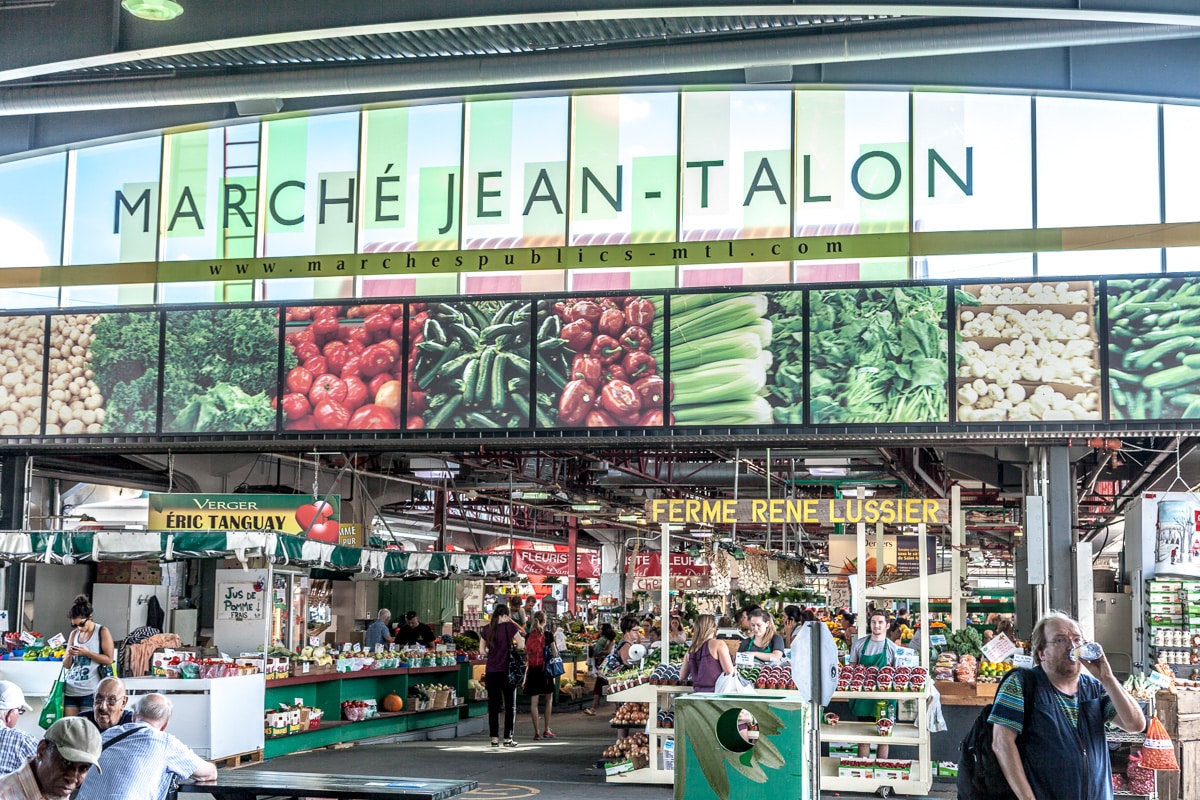 For now, the weather was being very good to us, and after the cold and rain we experienced in the UK and Scandinavia over the past several months, it was welcome. Taking advantage of the good weather and the season, we went across town to the heart of the Little Italy neighborhood, another of Montréal’s Markets. The Jean-Talon Market is one of the oldest public markets in Montréal and one of the largest public markets in North America. 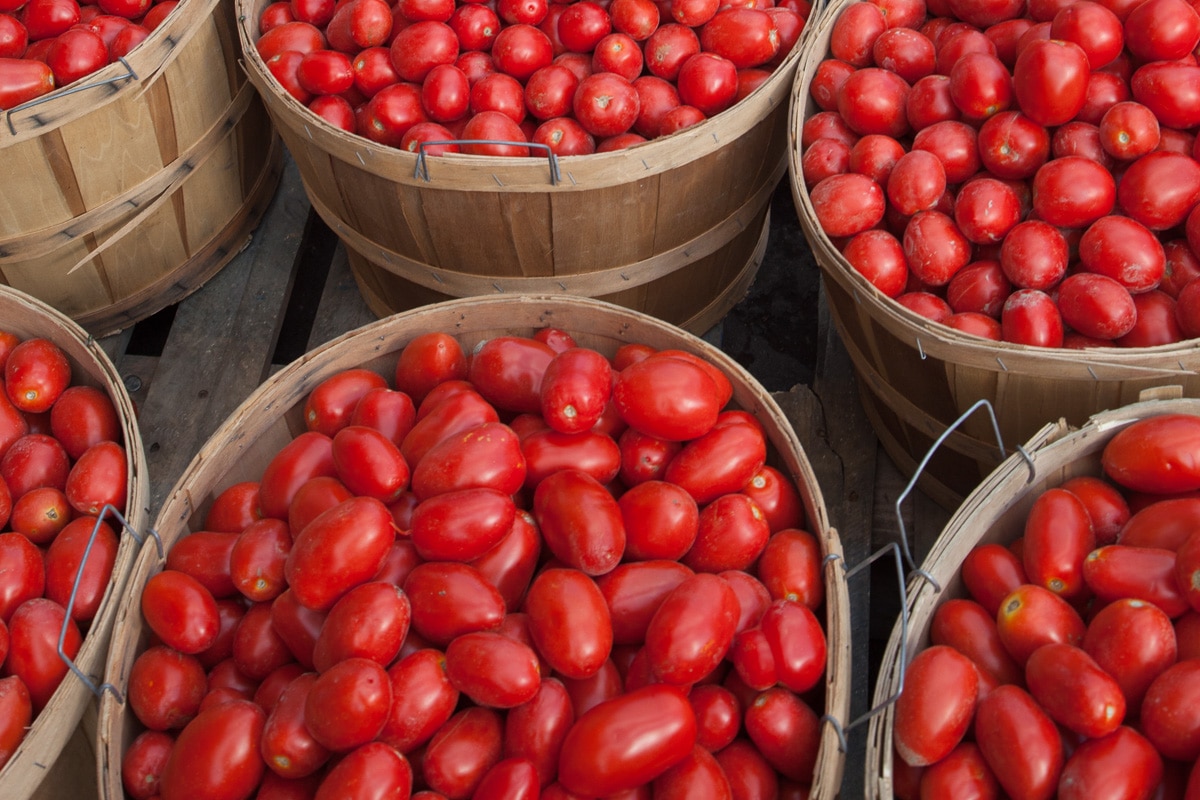 The larger Jean-Talon Market, like our local Atwater Market, was also in the midst of tomato and sweet corn season. The stalls were filled with bushels of the vegetables along with peppers and potatoes, and broccoli and melons, fruits and flowers, all recently harvested. For the moment, being in such a market, with the vendors and customers chatting and making purchases in French, we were transported across the Atlantic to France, but Montréal is only 35 miles from the US border.

We had made a good start here in Montréal, and that’s good because there is so much more to this city.