While we were in Lisbon we visited many excellent museums. Here are three very different exhibit spaces showing three very different types of art. The first is a former convent exhibiting a cultural medium that has helped define Portugal for centuries. The second is an exhibit of the work of a cultural icon whose street/urban art is well known for its political and social commentary. The last is a relatively young museum displaying some of the world’s best modern and contemporary art. 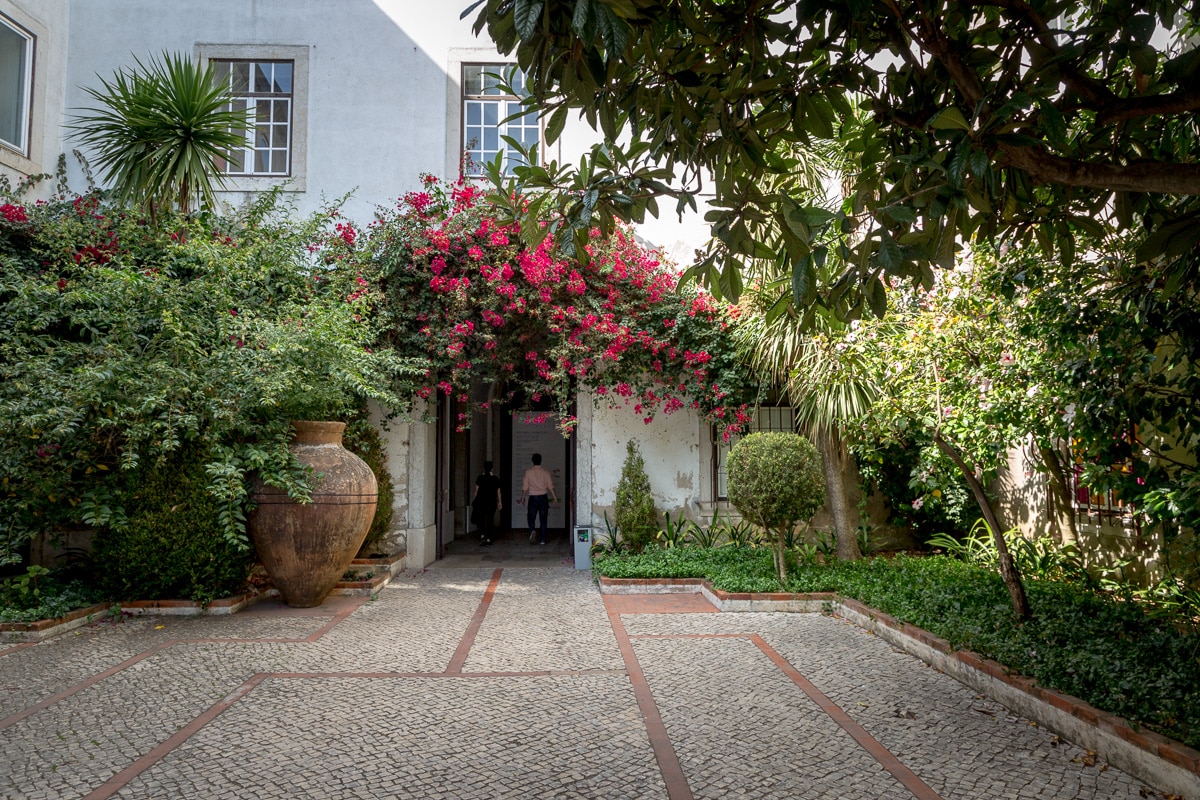 Housed in the former Convent of Madre de Deus, founded in 1509, the Museu Nacional do Azulejo is a chronicle of glazed tiles or azulejos in Portugal from the second half of the 15th century to the present. It shows the history of this vibrant expression of Portuguese culture. A more complete description of azulejos was previously posted on the SlowNomads blogsite here.

The museum’s extensive collection is beautifully displayed and curated, and its equally splendid building, a former convent also deserves taking time to appreciate. The Baroque Chapel of the Convent is remarkably beautiful, filled with gilded and carved wood, paintings, and of course, many tiles. 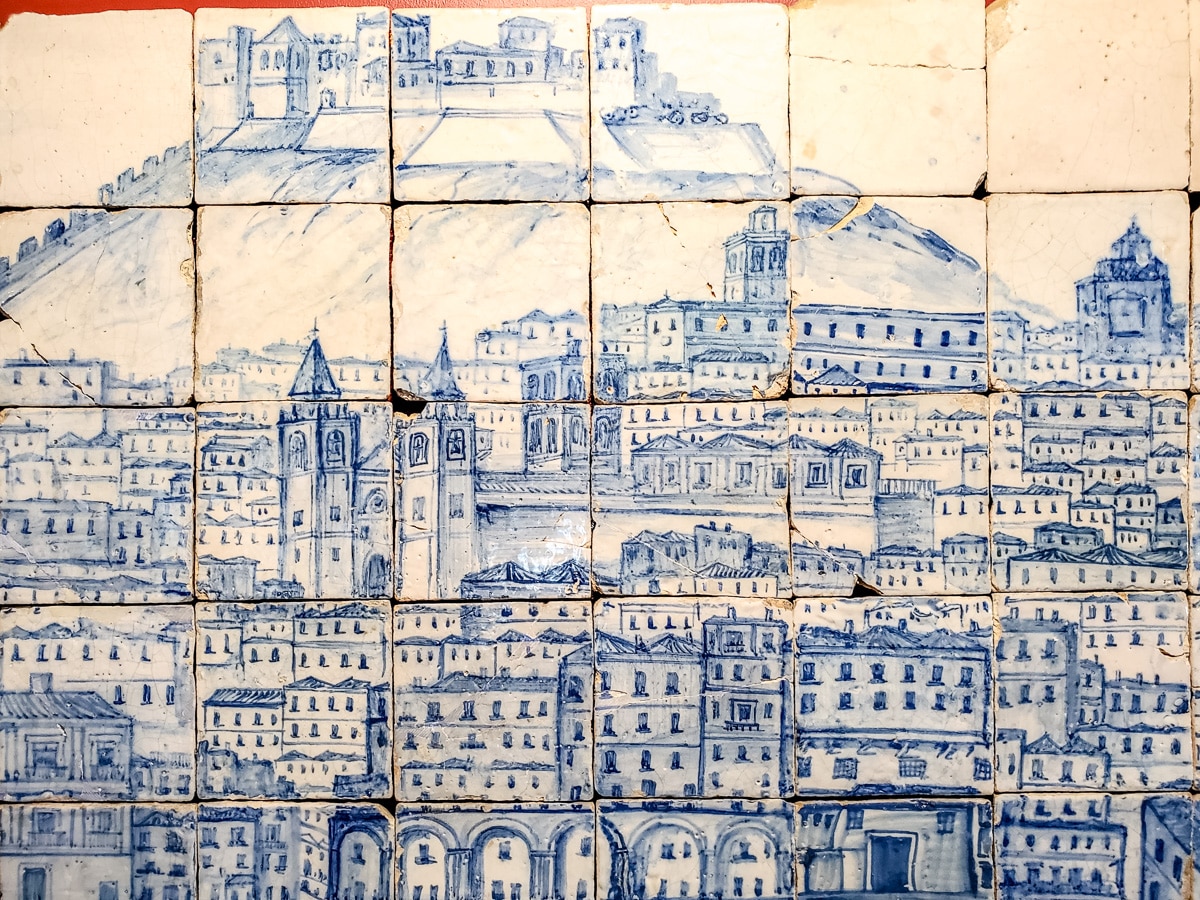 Another highlight of the museum is the Great Panorama of Lisbon, a nearly 23 m (74 ft) long panel illustrating Lisbon and its suburbs prior to the 1755 earthquake. It depicts 14 km (8.7 mi) of coastline, portraying palaces, churches, convents and dwellings. Many of the monuments that survived can still be recognized, and historians consider it valuable because it is the closest possible approximation of a panoramic photograph from the early 1700s. 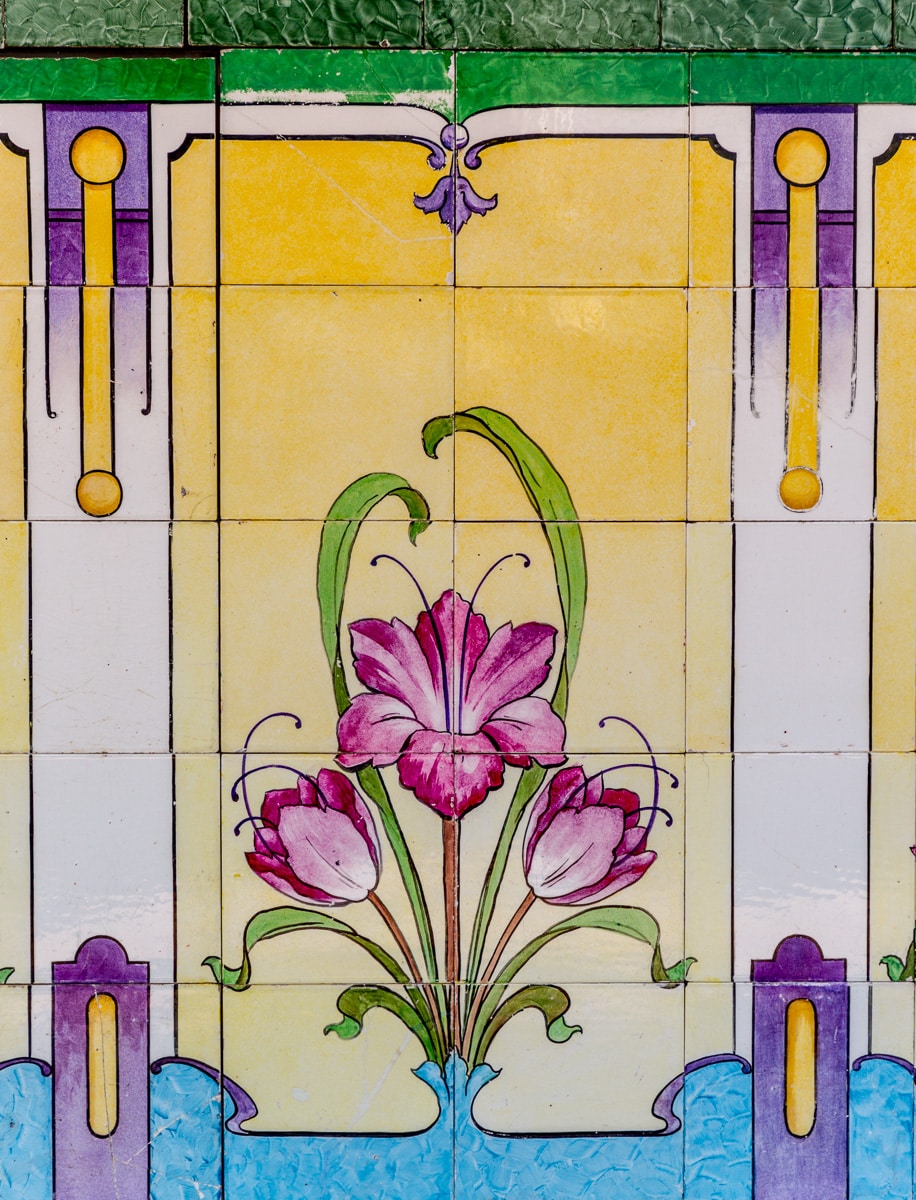 Azulejos express all the dominant artistic trends of the eras in which they are made – from Renaissance, to Rococo, to Art Nouveau, Art Deco and Contemporary. Tiles are a fundamental medium in the vocabulary of the Portuguese aesthetic.

This museum took several hours to explore, and by the time we finished, it was lunchtime. As in many museums, the restaurant and cafeteria was excellent, serving small dishes and sandwiches as well as more substantial meals. 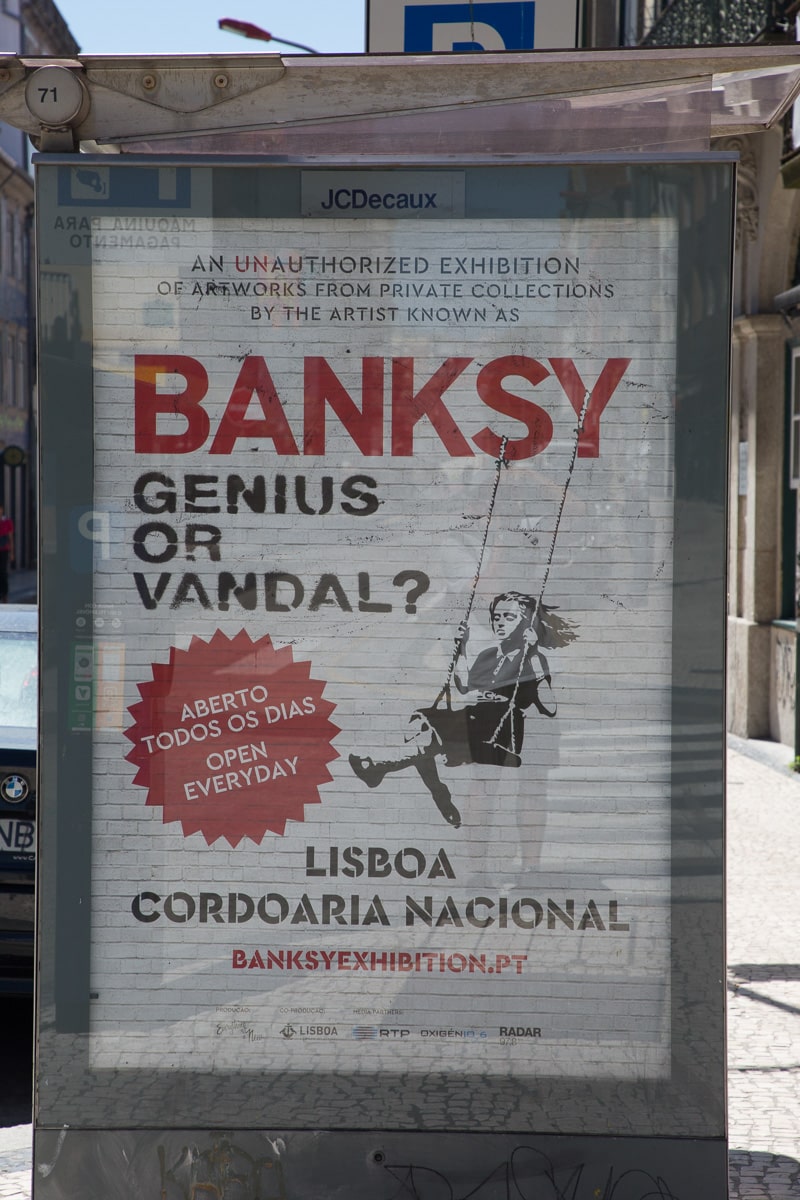 When we were in Porto about two months earlier, we noticed a sign advertising an upcoming art exhibition during the time we would be in Lisbon – Banksy: “Genius or Vandal?” We had almost forgotten about it when we again saw a flyer about the exhibit. It immediately went on our must-do list.

The venue itself was interesting. The Cordoaria Nacional was a former manufacturing center near the waterfront in Belém for the Portuguese Navy dating from 1779. The 400 meter (1/4 mile) long building is 50 meters (164 ft) wide and this long, rectangular shape reflects its original use in making rope for the sailing ships of the day, and later, candles, flags and other naval supplies. Today it is an exhibition space. 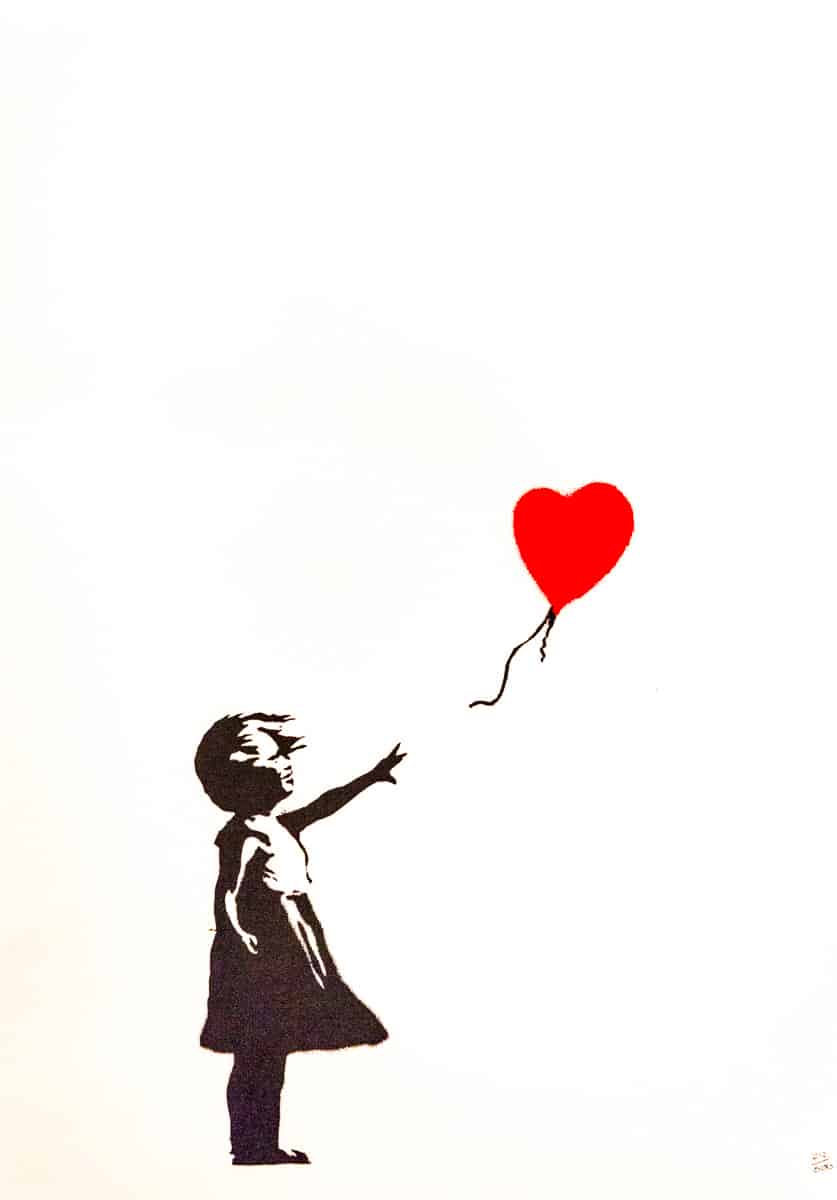 Banksy is an internationally famous contemporary British street artist and activist who, despite his celebrity, has been able to remain anonymous. As a culture critic, he frequently targets the social and political establishment with his pointedly witty illustrations produced with stencils and spray paint all over the world. Although details of his life are, for the most part unknown, it is thought that Banksy was born in Bristol, about 1974, starting his career as a graffiti artist in that city.

This ‘unofficial’ temporary exhibit featured 70 original works by the British artist, and visitors were encouraged to take photos and share them. 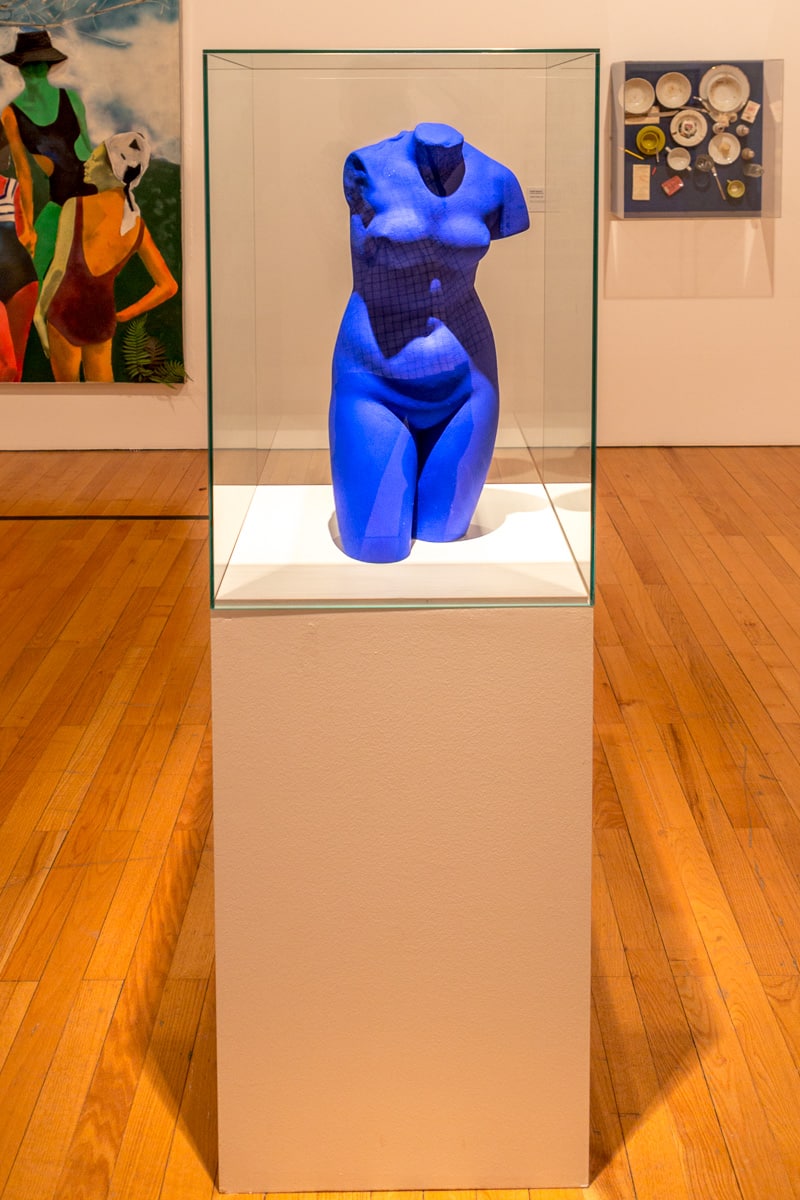 It was a rainy day, an uncommon occurrence while we had been in Lisbon. We had been putting off going to Museu Colecção Berardo, preferring to wait for a day such as this. The public transportation system allowed us to get close to the museum, which had lockers for our rain gear.

The Museu Colecção Berardo is an important art museum in Belém, a district of Lisbon. It contains some of the world’s best modern and contemporary art. This museum contains both the permanent presentation of the Berardo Collection and in the vast array of temporary exhibitions. 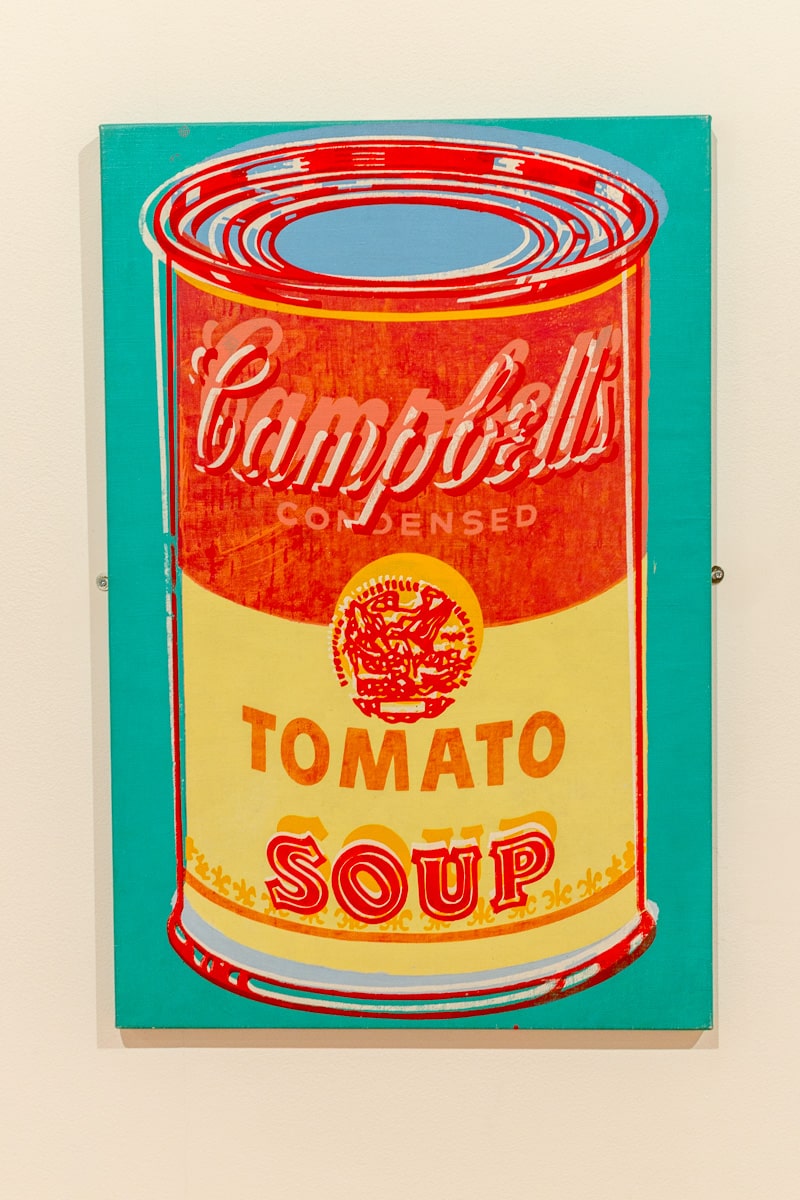 José Berardo (born 4 July 1944), is a Portuguese businessman, investor, and art collector who, in 2010, had an estimated net worth of €598 million, making him one of the wealthiest people in Portugal, and also one of the country’s most successful contemporary art collectors.

In 2006, after 10 years of negotiations, Berardo signed an agreement with the Portuguese government to loan a portion of his collection on a long-term basis to the Centro Cultural de Belém. Since its opening in 2007, the collection has been housed there with over 1,000 works of art on permanent display and temporary exhibitions.

We have visited modern and contemporary art museums in many countries, and we were quite impressed with what the museum had to offer.