Dubrovnik is beautiful, culturally and physically with its ancient walls and buildings, and its inhabitants who display an exuberant excitement for their current successes, but there’s a much darker story to be told about this city. 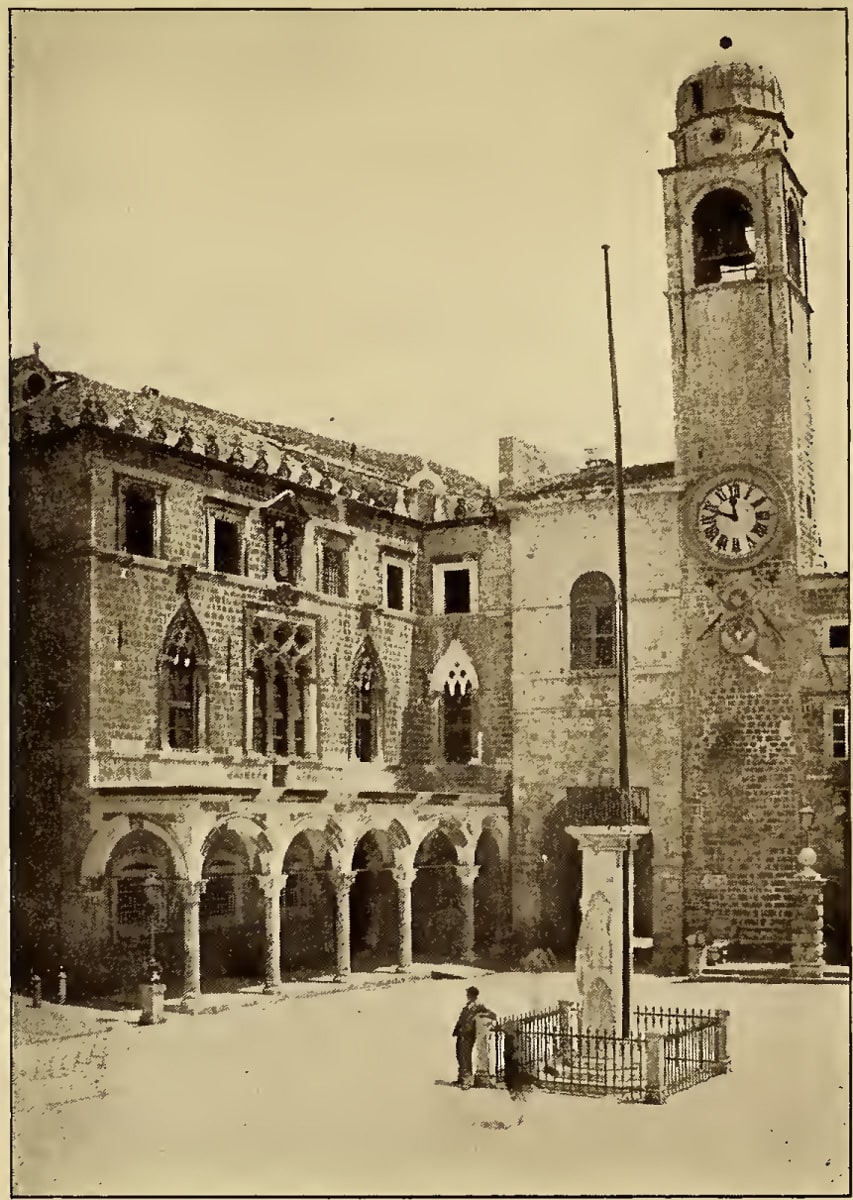 After the fall of Austro-Hungarian Empire in 1918, Dubrovnik was incorporated into the new Kingdom of Serbs, Croats, and Slovenes that later became the Kingdom of Yugoslavia, and Dubrovnik became one of the 33 administrative divisions of the Kingdom. Later in 1929 Yugoslavia was divided into nine internal divisions, one of which became Croatia. 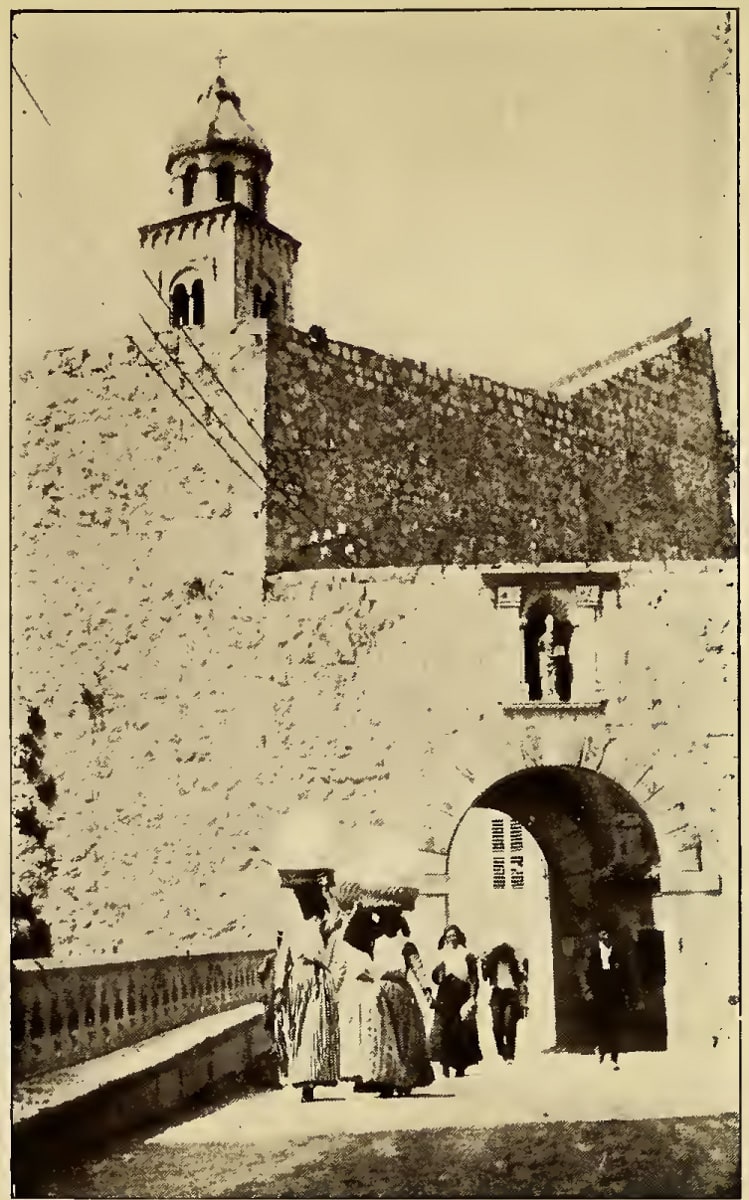 In 1991 Croatia and Slovenia, declared their independence from Yugoslavia.

Through skilled diplomacy, Dubrovnik had not known war in over a millennium despite being surrounded by rivals (Venice, the Turks, etc.). In early 1970s, the city had begun demilitarizing the old town to prevent it from becoming a casualty of war.

However, following Croatia’s independence in 1991, Yugoslavia’s Yugoslav People’s Army (JNA), composed primarily of Serbs, attacked the city on 01 October 1991 with a siege that lasted for seven months, forcing 50,000 people to survive without water, electricity, or food. 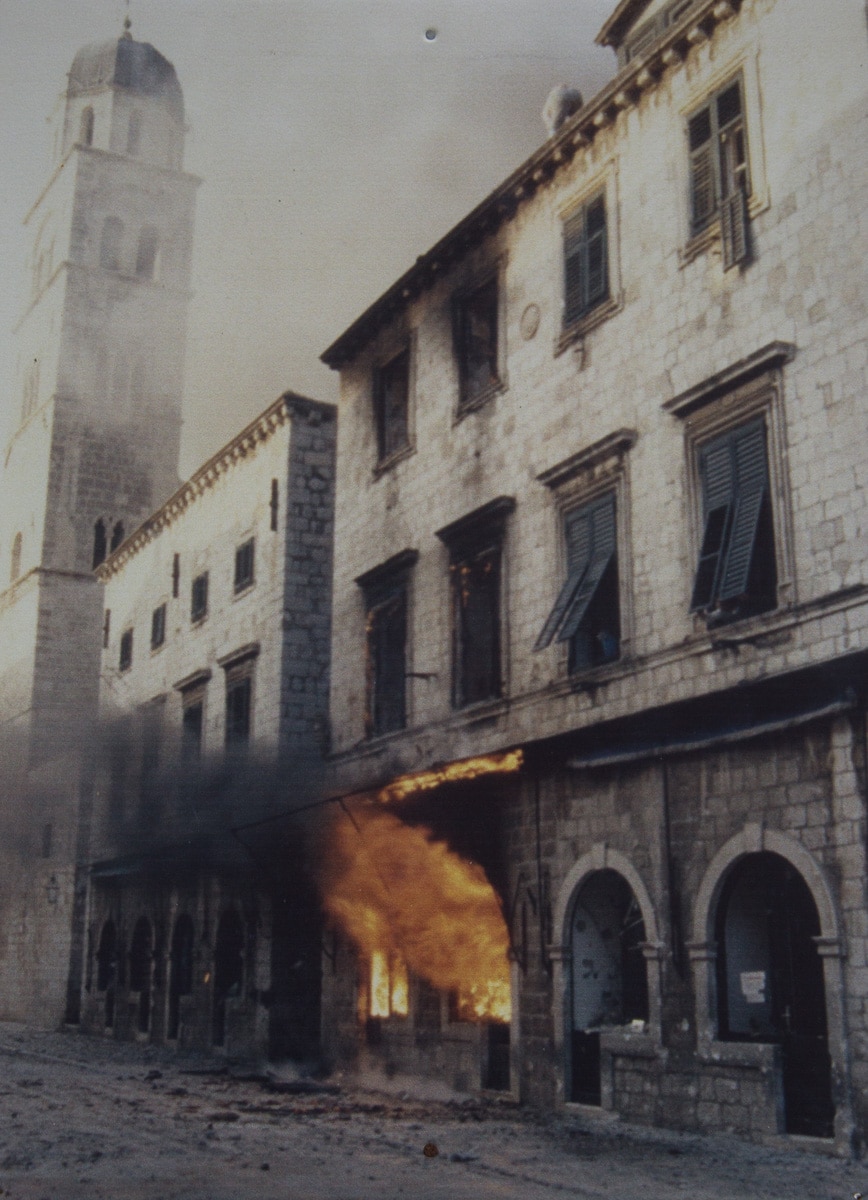 On 06 December 1991, the city suffered its heaviest artillery attack in which 19 people were killed and 60 wounded. According to the Croatian Red Cross, the number of casualties in the conflict was 114. At the time foreign newspapers were criticized for placing greater attention to the damage experienced by the old town than on the human losses. Nonetheless, over two-thirds of the historic town’s buildings and cobbled streets sustained more than 650 shell blasts. For the first time in history, the medieval city walls themselves received over a hundred direct hits, and many historic places were badly damaged by the resulting fires. 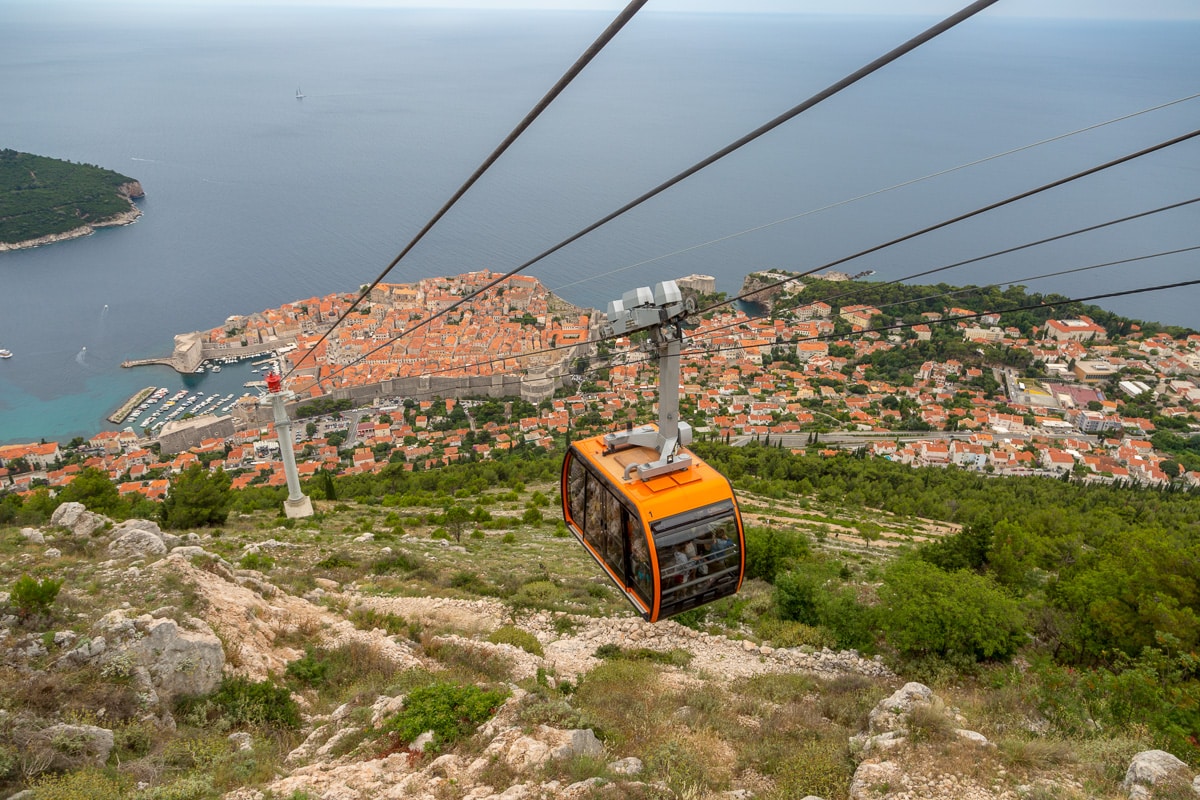 Srđ is a low mountain just behind the walled city of Dubrovnik in Dalmatia, Croatia The mountain, part of the Dinaric Alps, is 412 meters (1,352 ft) high. At its top is Fort Imperial, a defensive structure built by the French in 1810 during the Napoleonic Wars. Srđ is popular with tourists as a viewpoint from which it is possible to see practically all of Dubrovnik, Lokrum island, the Adriatic Sea and various local attractions. 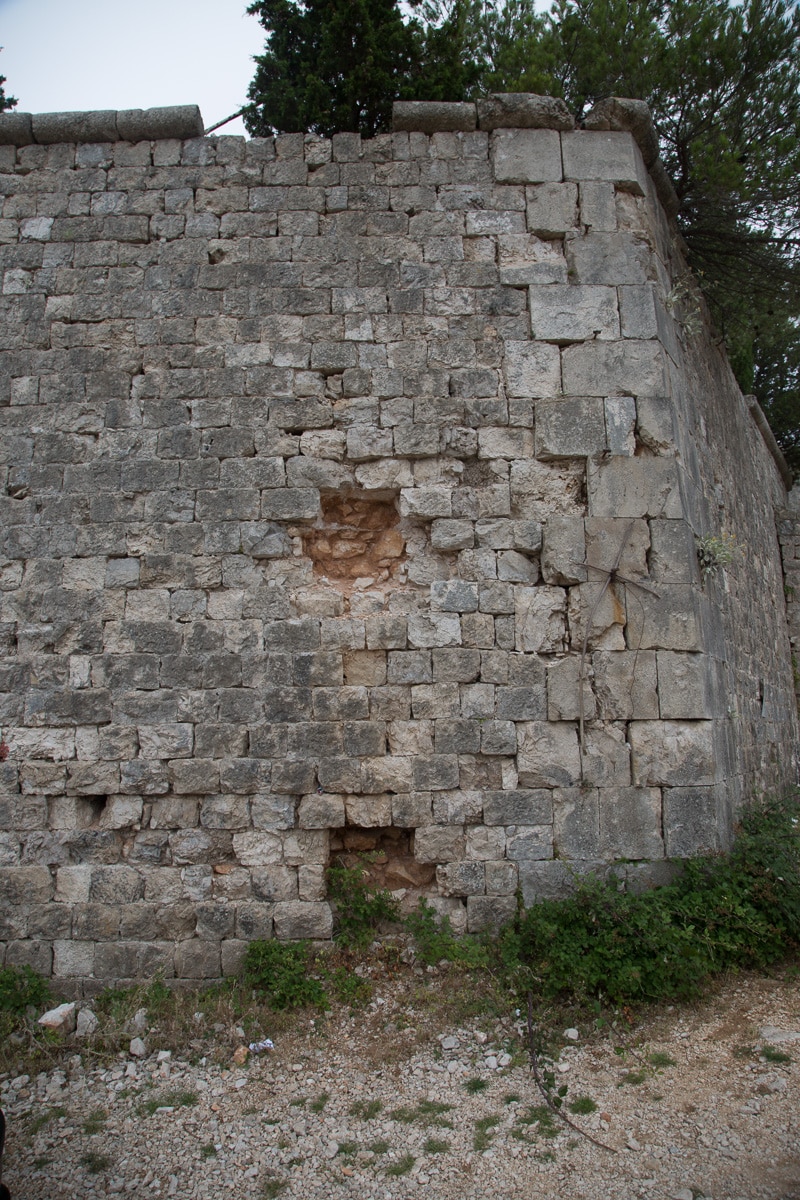 The mountain was home to one of the fiercest battles of the Siege of Dubrovnik, and is commemorated in a museum in Fort Imperial.

Only Fort Imperial was in the hands of the Croatian Army and all the surrounding area was occupied. When the largest attack on the fortress and Dubrovnik by the Serbian-Montenegrin army was launched on December 6, 1991, the battle for the Fort lasted all day. However the few defenders there managed to withstand the attack, while the fortress itself suffered extensive damage.

The Croatian Army lifted the siege in May 1992, and liberated Dubrovnik’s surrounding areas by the end of October, but the danger of sudden attacks by the JNA lasted for an additional three years. 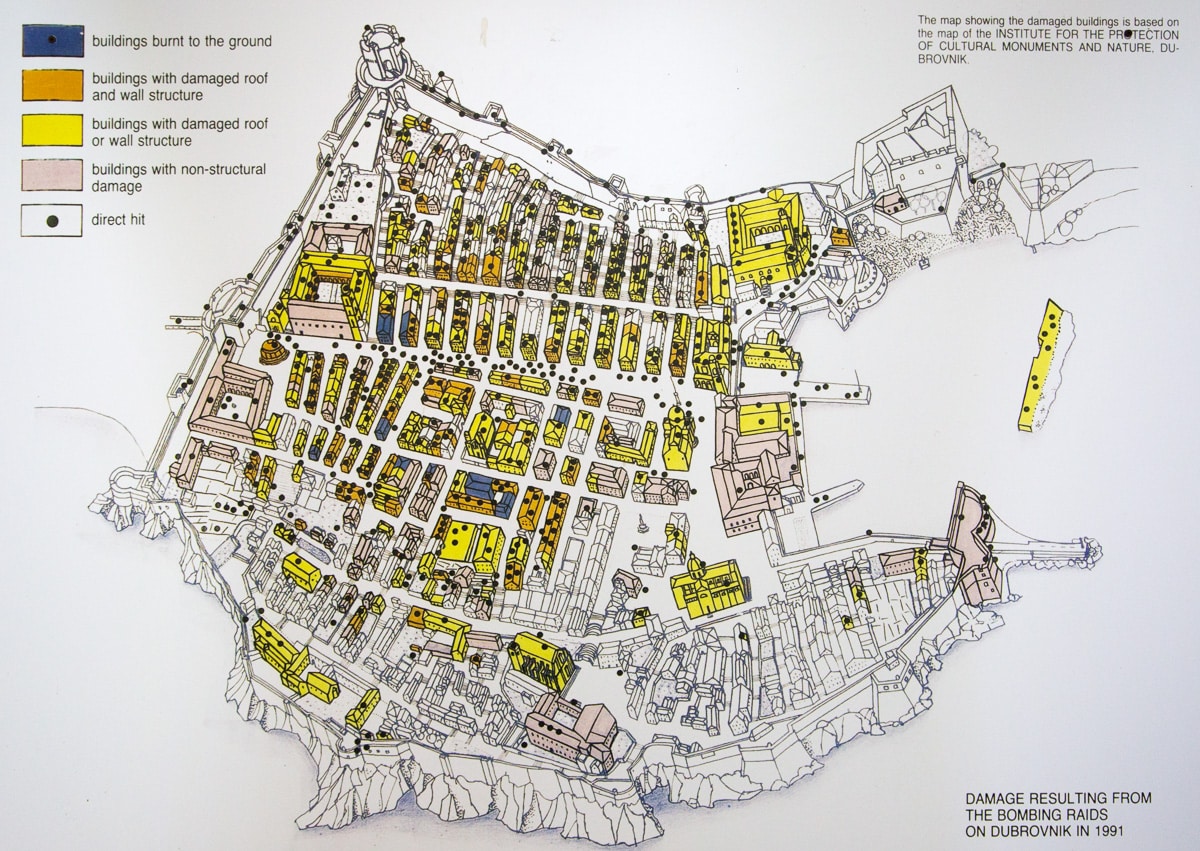 After the war, extensive repairs to the city began, adhering to UNESCO guidelines using traditional methods and materials. Most of the reconstruction was done between 1995 and 1999. A chart near the city’s Pile Gate shows all artillery hits during the siege, and from high points around the city the new roof tiles stand out from older darker undamaged roofs to document the extent of the damage.

The International Criminal Tribunal for the former Yugoslavia (ICTY) was a United Nations court of law whose mandate lasted from 1993 – 2017. Indictments were issued for former JNA generals and officers involved in the bombing. 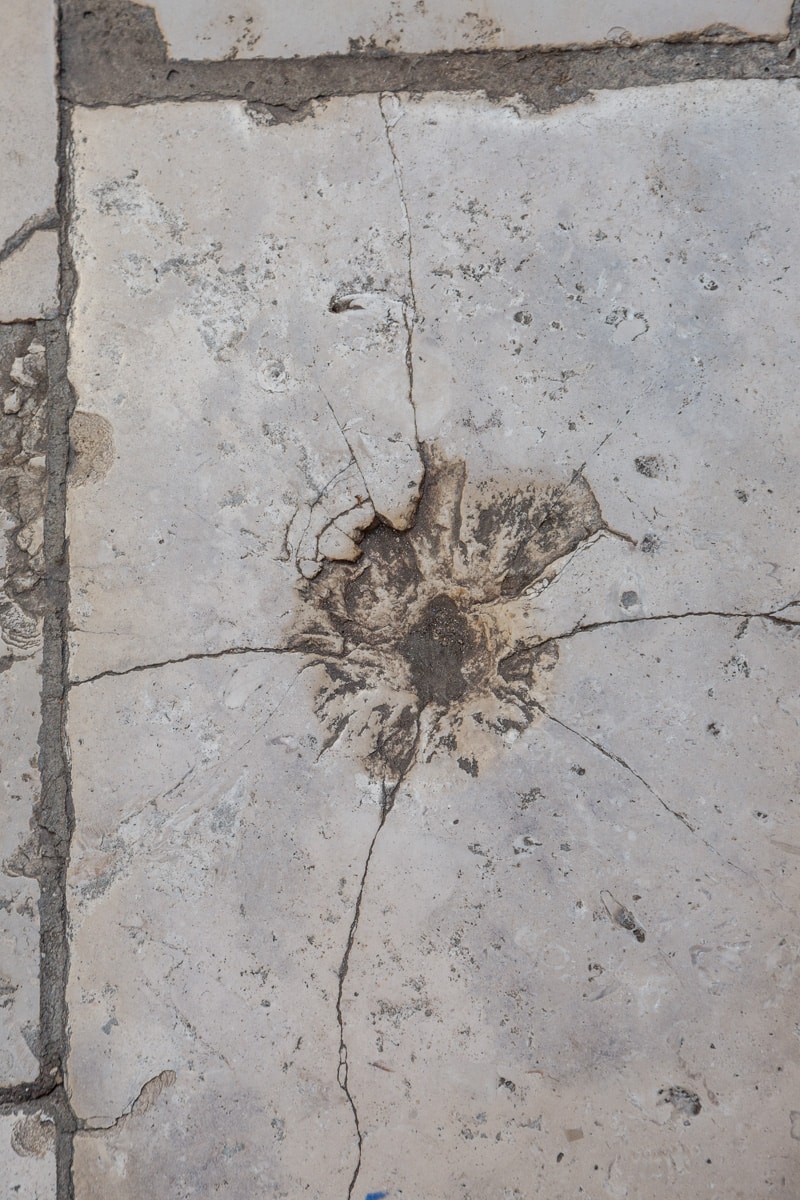 Today, there are few signs of the destruction wrought by the siege. As you walk around the city there’s nothing that reminds you of the war unless you look for it. It’s hard to believe that merely 30 years ago Dubrovnik was engulfed in war, one of the first casualties of the Balkans wars.

However, now there are new invaders.  Partially victims of their own success, Dubrovnik is, like so many other destinations, being loved to death. Unesco has warned that Dubrovnik’s World Heritage status could be at risk, expressing concern about “the maximum number of tourists in regard to the sustainable carrying capacity of the city” and “management of cruise ships”. 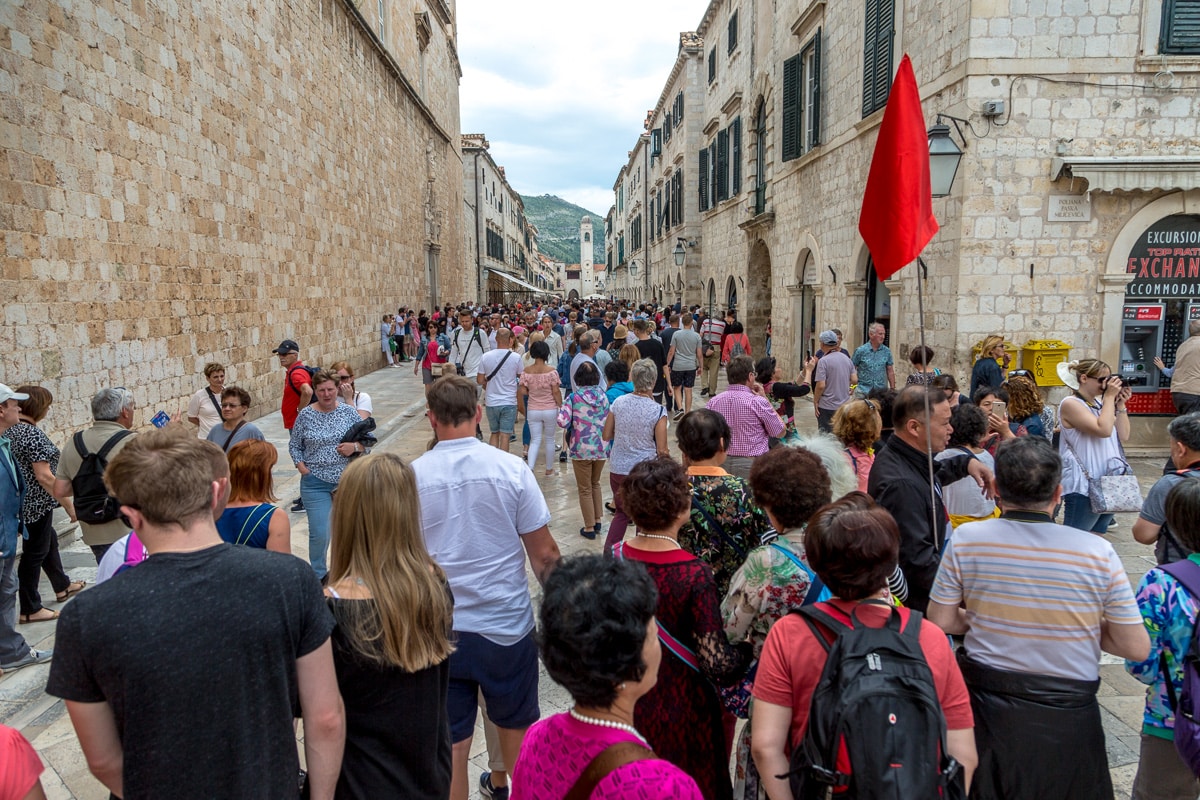 The mayor of Dubrovnik, has capped the number of cruise passengers visiting the city at any one time, and this is having some positive results. So has reducing the number of souvenir stands by 80 per cent and cutting the number of restaurant tables and chairs by 30 per cent.  “We are ready to lose some money,” he said. “But we will have a better quality of life for citizens and tourists.”

Still, where the armed forces of the JNA failed in their goal of over-running the city, the hordes of international tourism are succeeding.

We wish them luck in finding balance between maintaining this remarkably beautiful place and still allowing it to be a popular destination.

Photo credits: War damage images are from the The Croatian War of Independence Museum – Dubrovnik; Images of old Ragusa (Dubrovnik) are from Delightful Dalmatia. By Alice Lee Moqué. 1914.