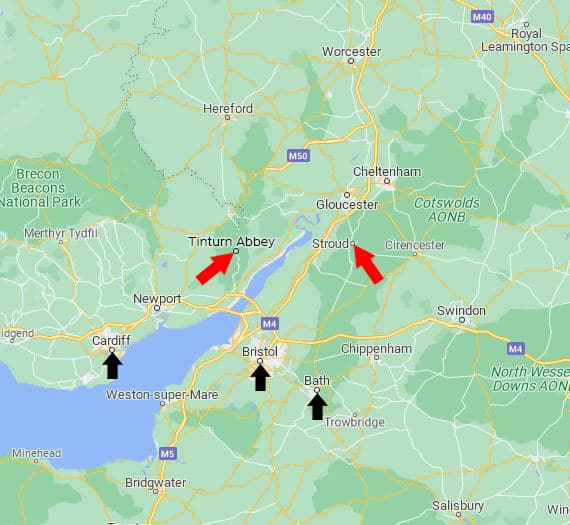 It was August of 2017 and we were living in Stroud, Gloucestershire, England. It was time to travel into Wales to visit a former work colleague of Jeannie’s and to visit some historical sites. Somehow, for some reason the Wales excursion was never published in the blog. So here is the lost story and photos of our visit to Tinturn Abbey, Wales. 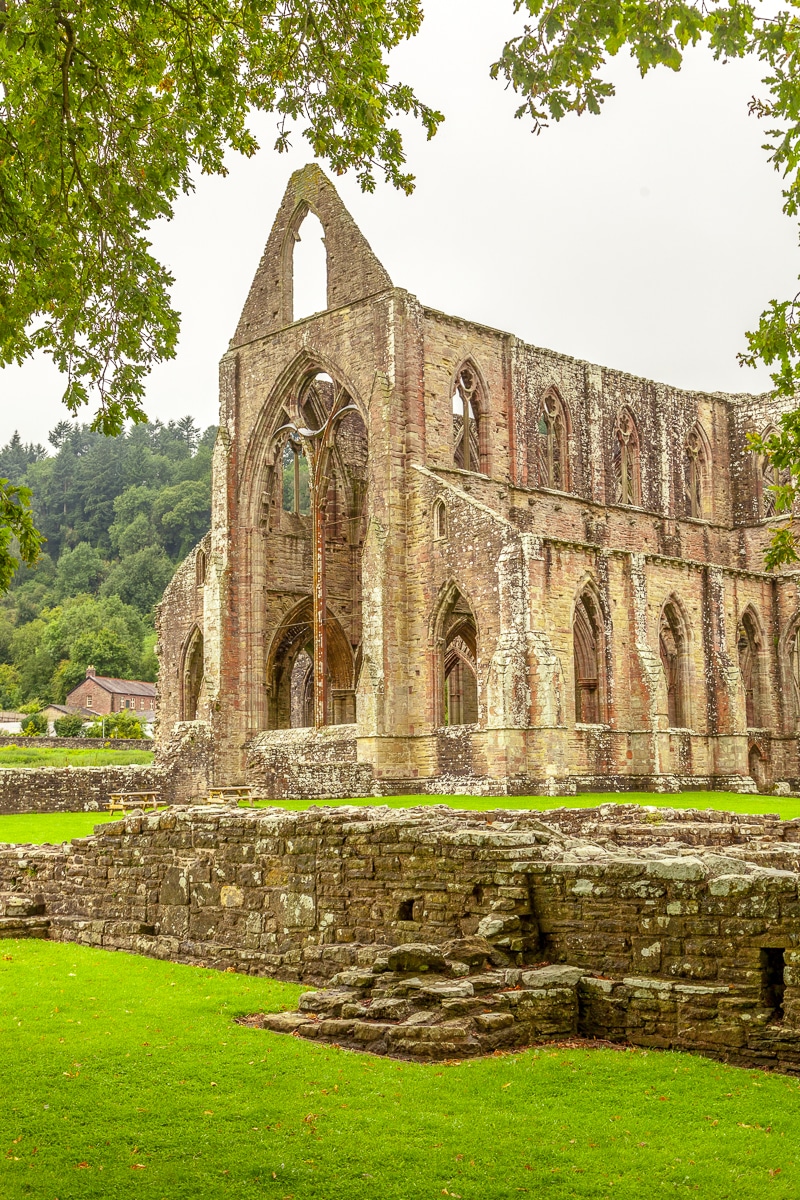 The winding road that takes you to the ruins of Tintern Abbey is a beautiful drive through a green tunnel of foliage as it follows the Wye River.  On arrival, you are immediately impressed by the mammoth size of the ruin with its tall gothic arch windows and walls reaching to the heavens.

Tintern Abbey was founded in 1131 adjacent to the village of Tintern in Monmouthshire.  It is nestled in a mysterious and romantic setting on the Welsh bank of the River Wye that forms the border between Wales and Gloucestershire in England. 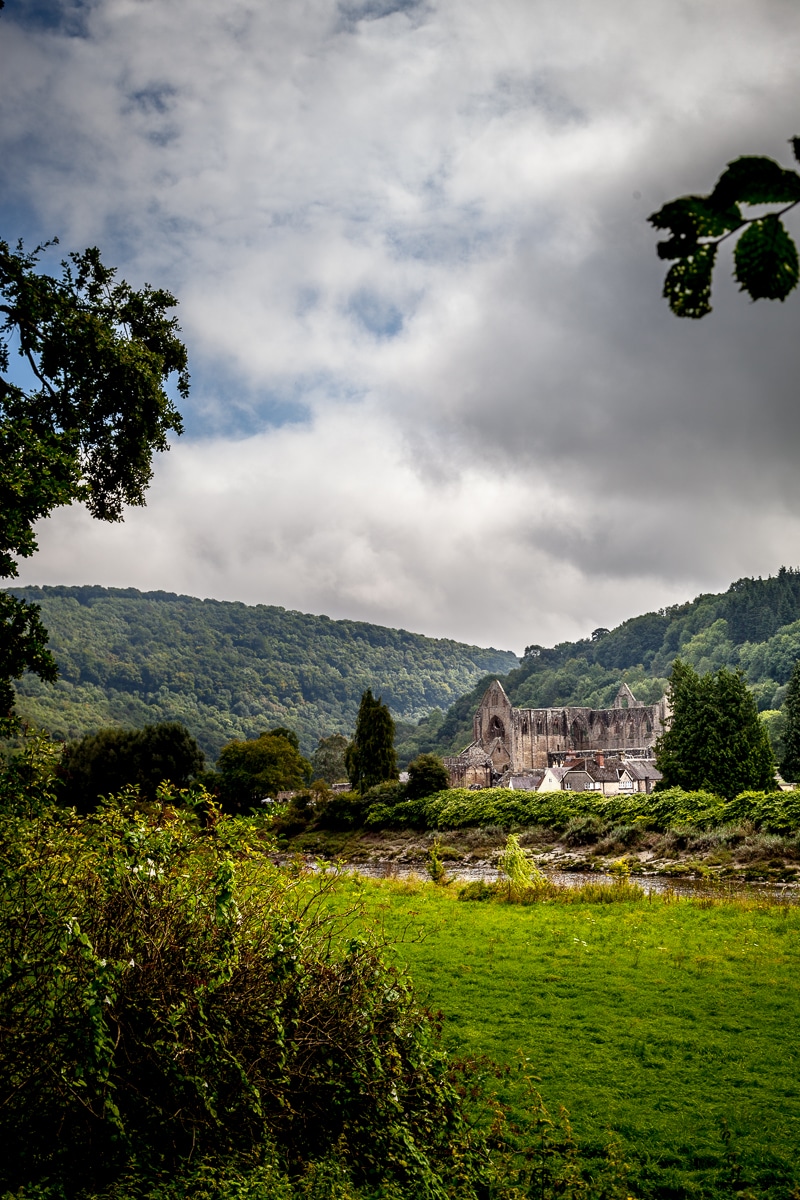 Rising elegantly like the skeleton of a great prehistoric beast, these bones of the ancient abbey are stone and give an appreciation to the shape and form of what, at its peak, must have been a truly extraordinary structure.

Situated beneath misty green mountains in the beautiful Welsh countryside, the immense, magnificent remains of Tintern Abbey and its pastoral setting have been celebrated in poetry and painting from the 18th century onward.

While wandering such sites, one gains an appreciation for how the imagination takes flight.

“Here, O my Friends, along the mossy dome
In pleasurable sadness let us roam:
Look back upon the world in haven safe,
Weep o’er its ruins, at its follies laugh.”

Why is Tintern in ruins? 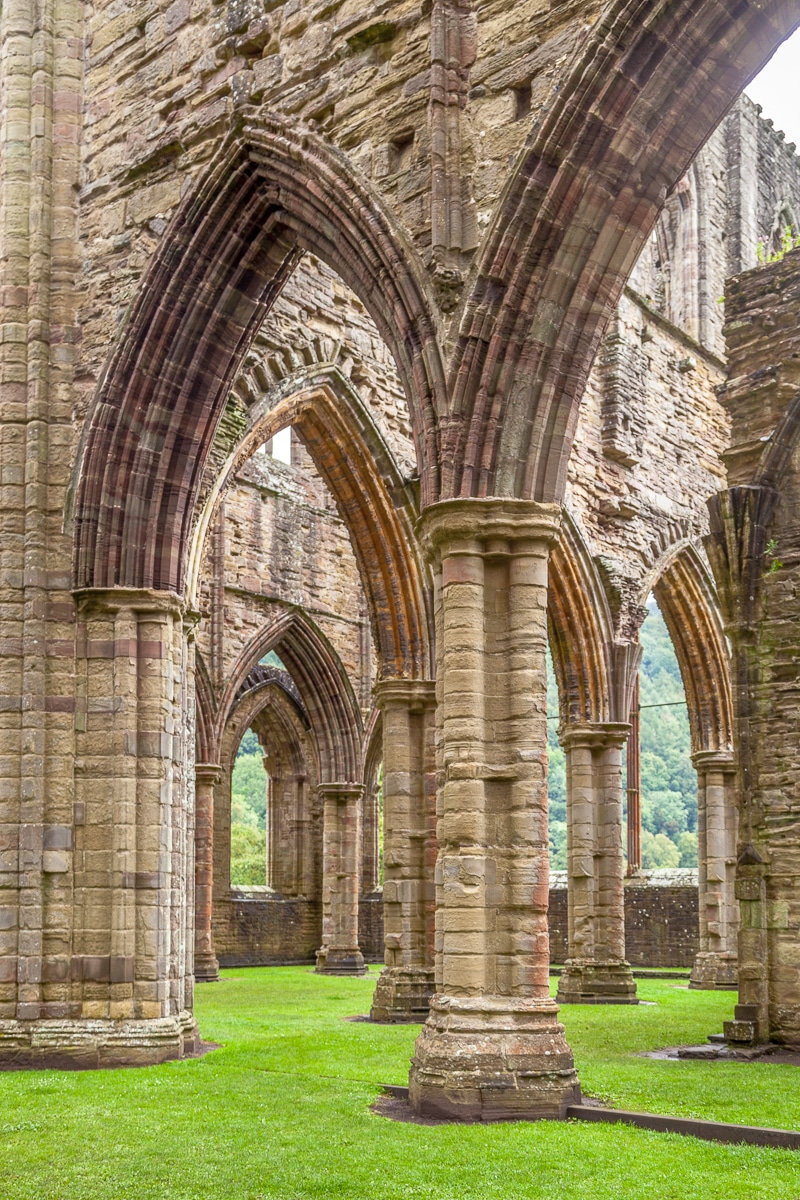 In the early 1500’s Henry VIII had spent a great deal of the inheritance he had received from his father, Henry VII. At the time, the religious houses were the wealthiest institutions in England and Wales. Politically, the idea that the wealth of the abbeys was being sent to Rome to support the Catholic Pope was being pushed by the king’s advisors, like Thomas Cromwell. Additionally, the discord with Rome wasn’t just financial. The English Reformation was, in part, associated with the wider process of the Protestant Reformation occurring throughout Europe. 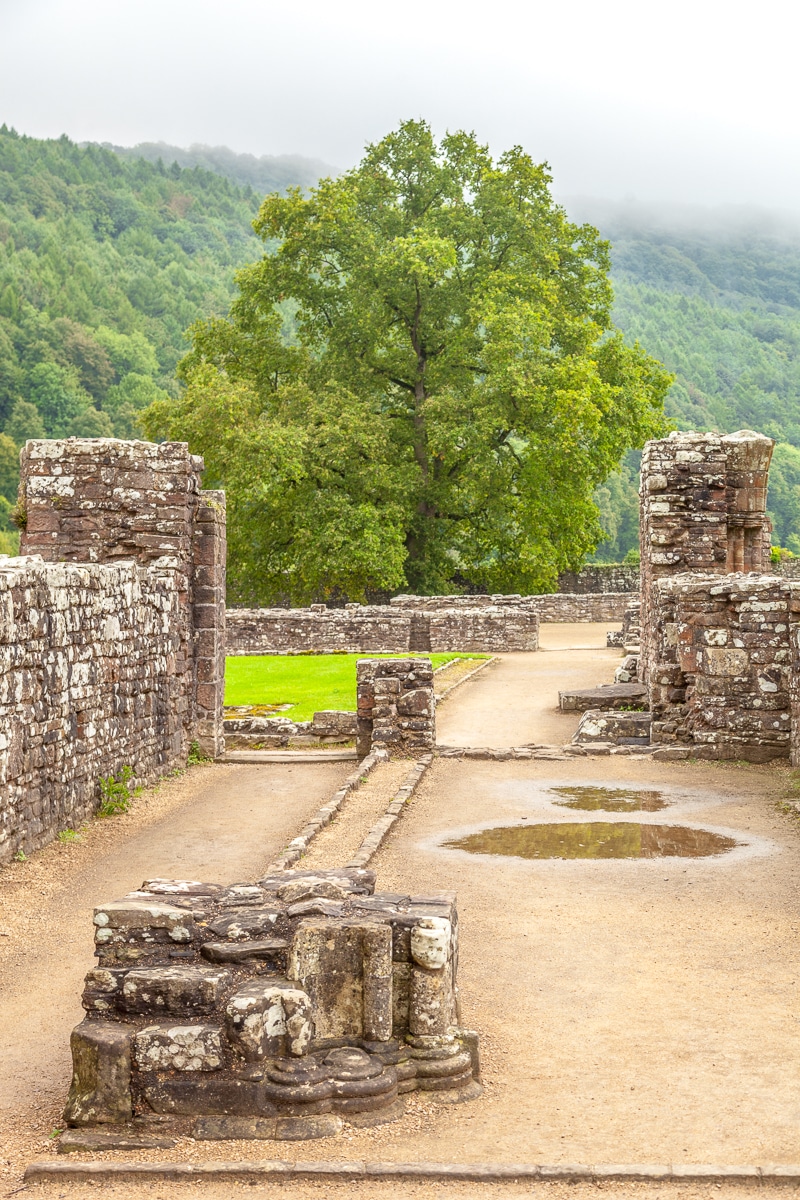 Between 1536 and 1541 Henry VIII disbanded all monasteries, priories, convents, and friaries in England, Wales, and Ireland, and expropriated their income and assets.

Of course, it was also because of Henry VIII’s desire to divorce Catherine of Aragon who had failed to bear him a son, and marry Anne Boleyn that the English Reformation was, at first, more of a political issue than a theological dispute.

It was therefore in the 1530’s that Henry split from the Catholic Church in Rome, declared himself head of the Church of England, and began the “Dissolution of the Monasteries”. His intention in destroying the monastic system was both to reap its wealth and to suppress political opposition. Oh yes, and to marry Anne.