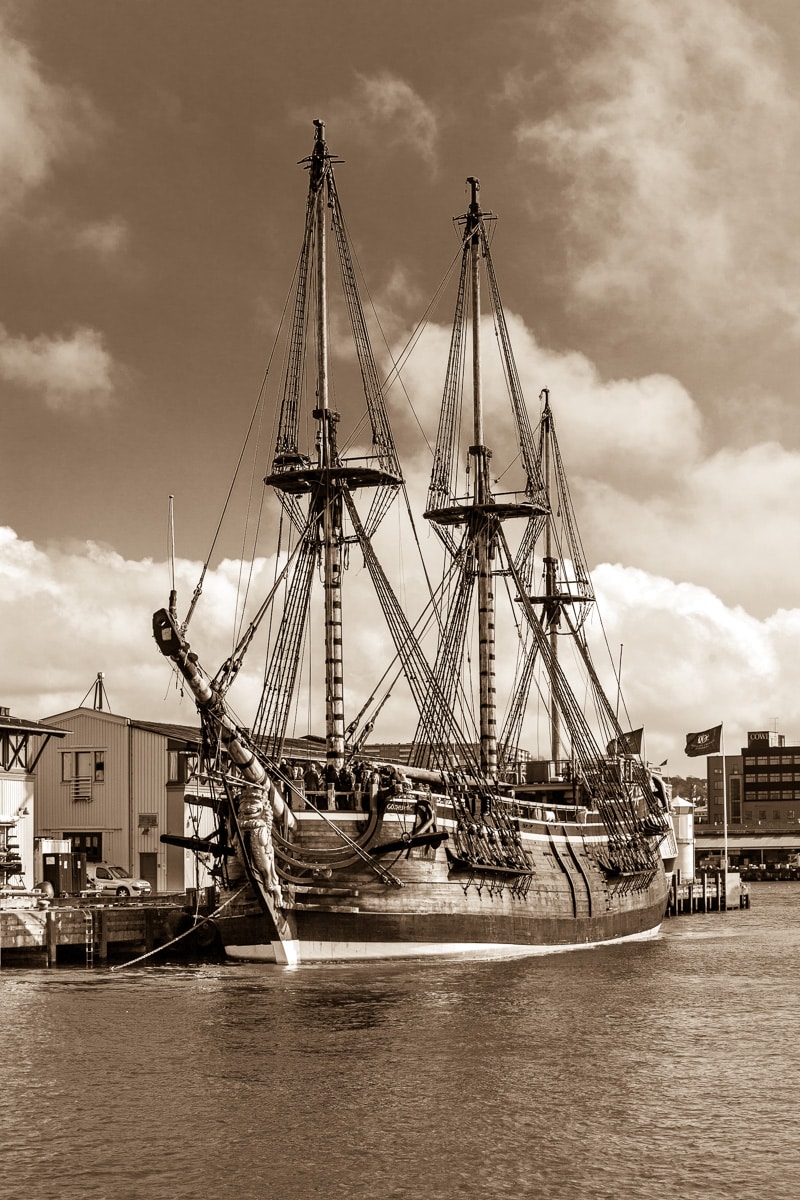 In 1745, the 18th century Svenska Ostindiska Companiet (Swedish East India Company) shipping vessel “Gothenburg,” was returning from her third voyage, a two-year journey to China, and wrecked on a reef near the mouth of the city of Gothenburg’s harbor, and over the next two years, one-third of the cargo was salvaged. It wasn’t until 1984 that divers relocated the remains of the ship, and decided that it would be fitting to rebuild the ship.
Rebuilding of the full-rigged, 58 m x 11 m (190 ft x  36 ft) ship “Gothenburg” took 21-years. It is a full 1:1 scale, and was built without any original drawings, using 18th century tools, building methods, and materials. The ships has 26 canvas sails with a total sail area of 1,964 sqm (21,140 sqft). Its gun deck has ten six-pound cast-iron cannon, cast according to drawings dating back to the 1700’s. 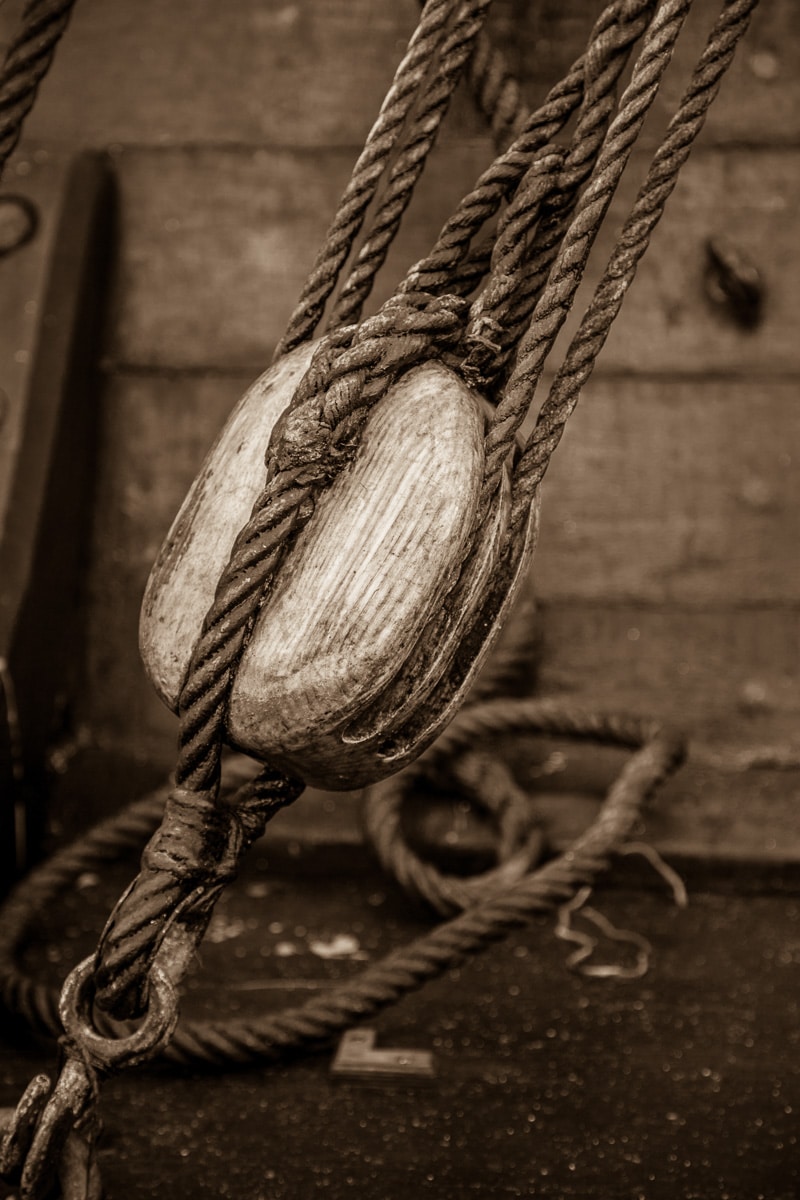 We had reservations for a tour of the ship, and as it turned out we were the only ones who had signed up, so we had a personal tour.Our guide, Sarah, as it turned out, was a maritime archeologist, and hailed from Massachusetts. Though she was a new member of the crew, she was very knowledgeable and provided a good tour.
The tour was a very interesting step into the history of maritime shipping and what life might have been like aboard such a vessel. The complexity of all the systems and rigging all operated by muscle and sweat were amazing. The ship would certainly be exciting to see under sail, and even more exciting to be aboard.