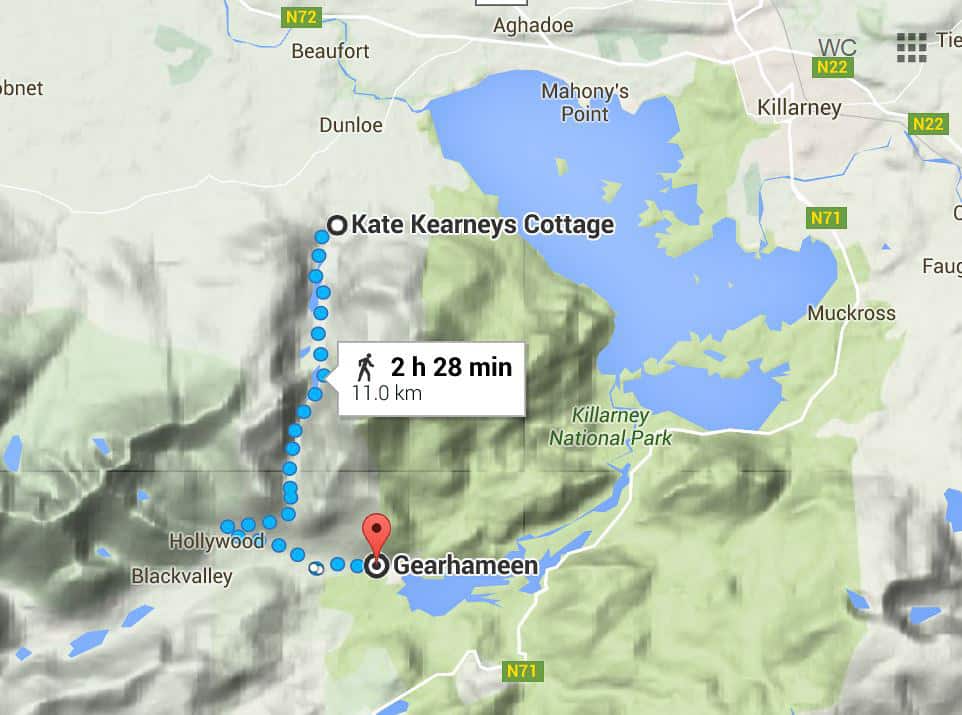 Just in case one might think Jeannie was out shopping, this is NOT the GAP, as in the clothing and accessories retailer, but rather the stunning mountain pass, 731m | 2400ft above sea level, in Killarney National Park, County Kerry, Ireland.

The road through this glaciated valley is narrow and winding with a length of 11 km | 7 miles and passes between Macgillicuddy Reeks to the west and the Purple Mountain to the east. The River Loe descends from the mountains, fed 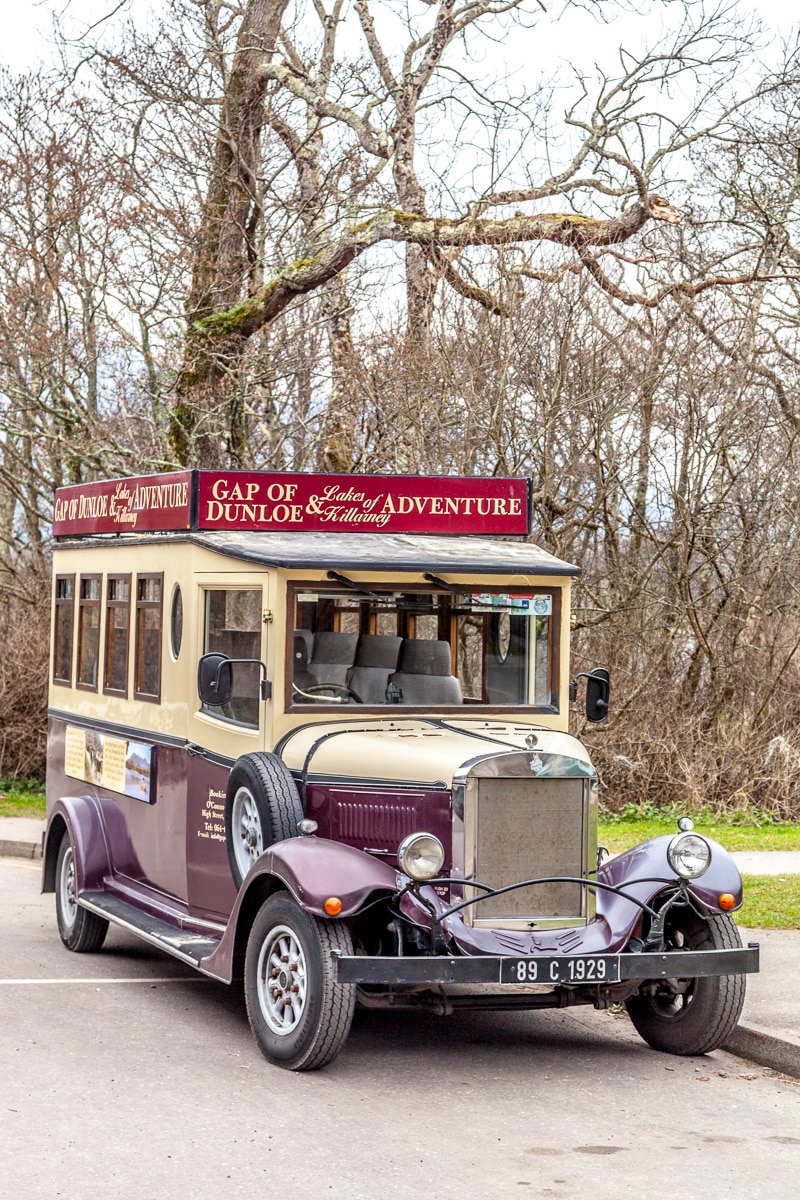 by ever dripping seeps and numerous small streams, and pauses in five lakes: Coosaun Lough, Black Lake, Cushnavally Lake, Auger Lake, and Black Lough before joining the River Laune and finishing in the Atlantic.

We signed on to a tour that took us by “vintage” bus from Killarney to Kate Keaney’s Cottage. From there we walked the 11km | 7mi through the gap to Lord Brandon’s Cottage. 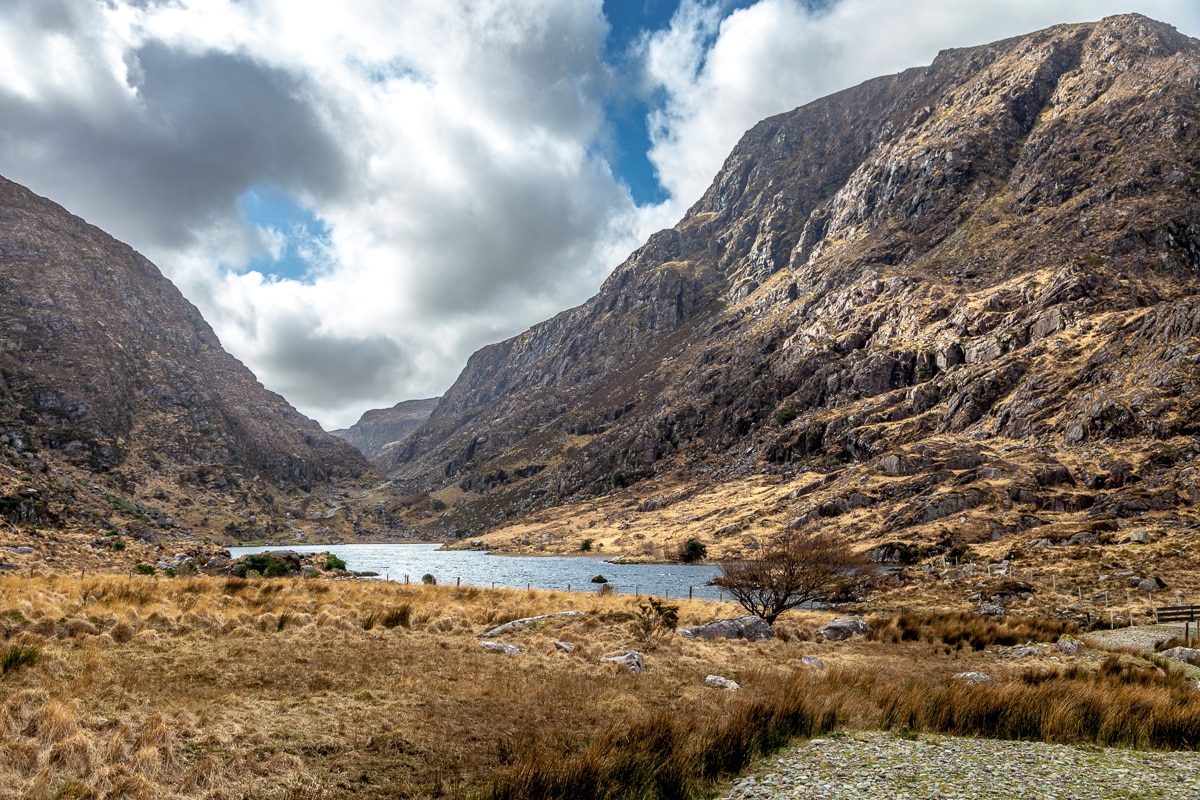 The day was cold and very windy, but as breaks in the clouds swept past, we were provided brief glimpses of a blue sky. Though it is possible to drive the pass, the road is essentially a single lane with barely enough room for a car to pass a pedestrian. Though the route is rather steep in places, the rugged mountain scenery, jutting rocks, large boulders, breathtaking vistas and unspoiled landscape are spectacular. 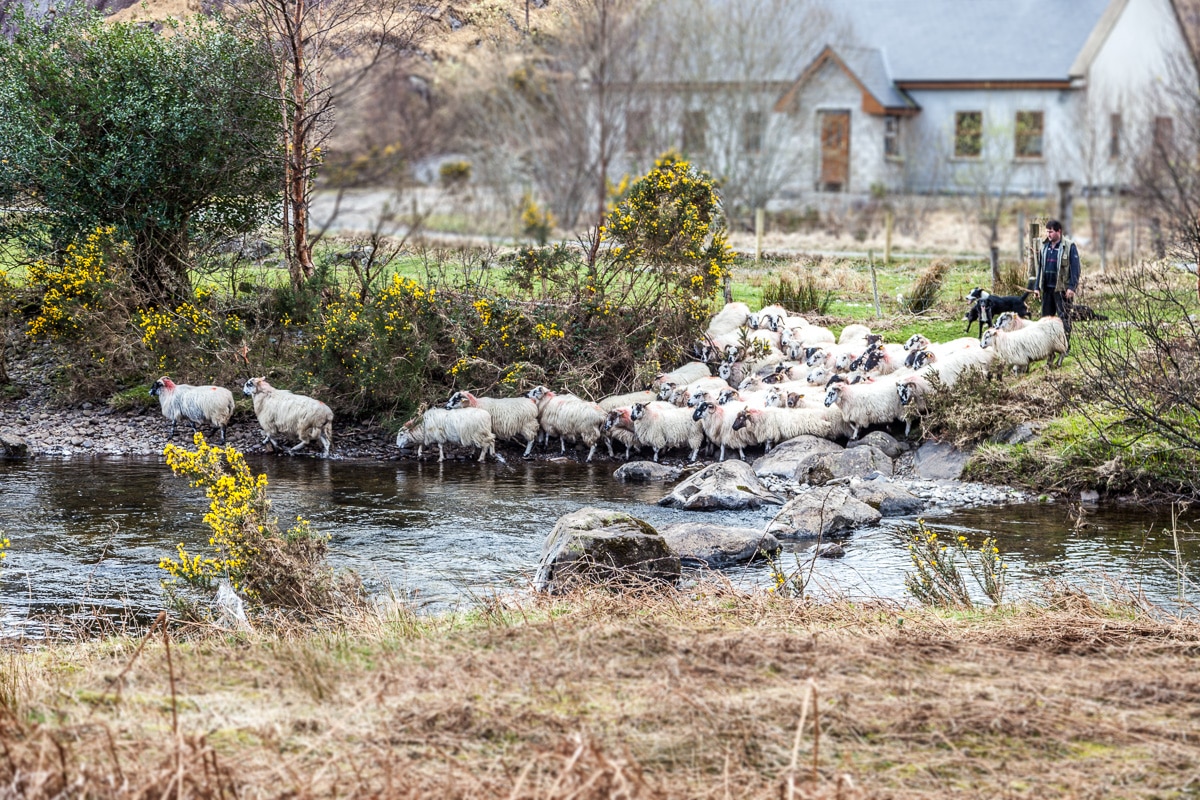 Once we arrived at Lord Brandon’s Cottage, we took time for a cup of hot tea, and only had a short wait before taking the 1.5-hour, small, open-boat ride back through the three Killarney lakes to Ross Castle. The winds were at our back, but once on the open water of the lakes the waves provided some occasional spray. We arrived at the Castle where the same  bus we rode to the start was waiting for us and were dropped off at our apartment on its way back to Killarney.

It was a delightful long walk and ride through some of Ireland’s most spectacular scenery, though once we arrived back home it was good to be warm and out of the wind.