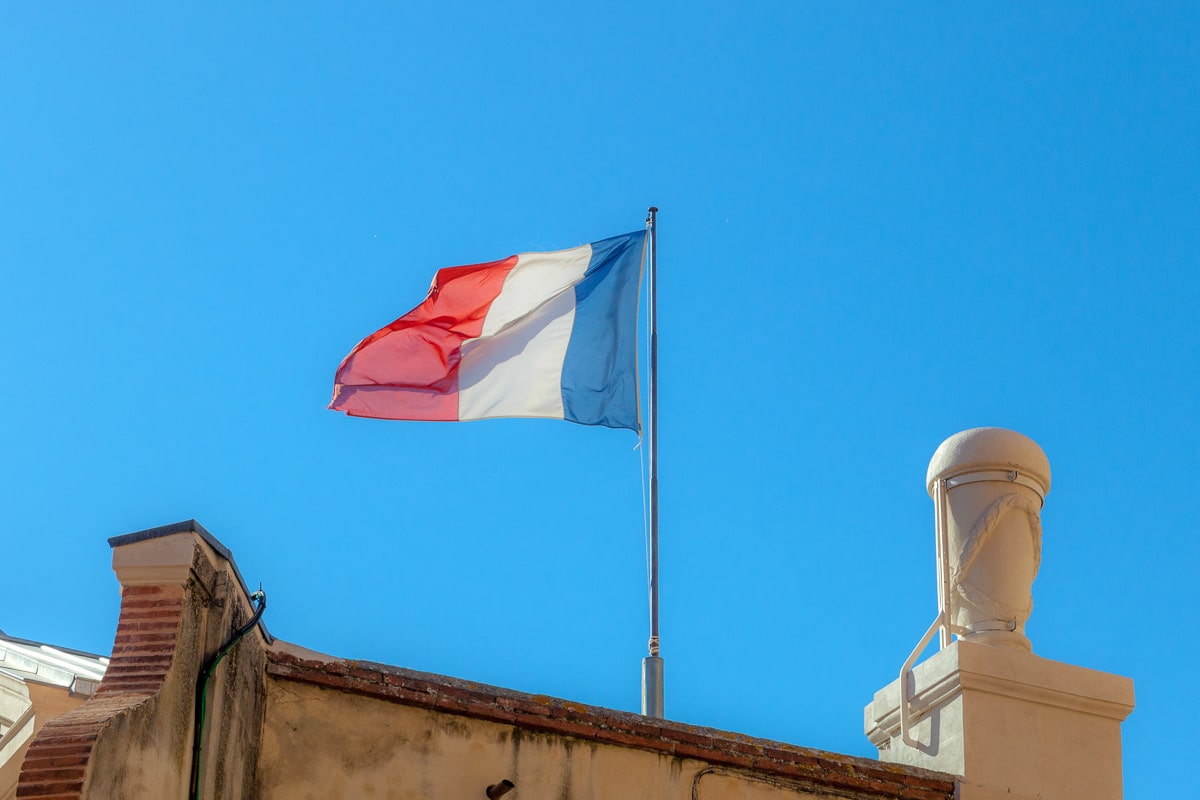 While visiting friends in a small town outside Lyon on 07 May, we were asked if we wanted to walk with them to vote for their President.  The opportunity was unique, and it would be five years until the next election so we eagerly agreed. 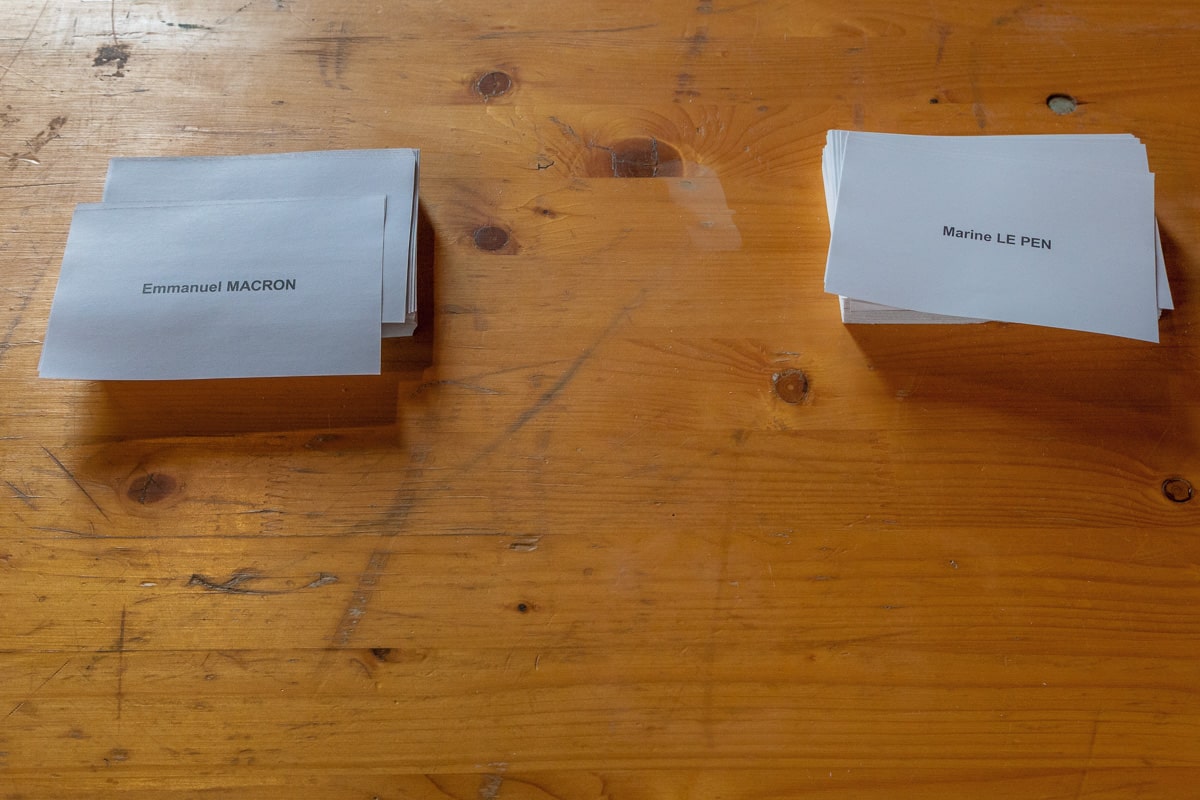 The simplicity of the French election system impressed us. The process involves paper ballots with the name of the candidate pre-printed on it. Voters must take one of each and an official envelope, and go into the isoloir or private curtained booth to slip their ballot into the envelope. That envelope is then dropped into a slot in a large transparent box. 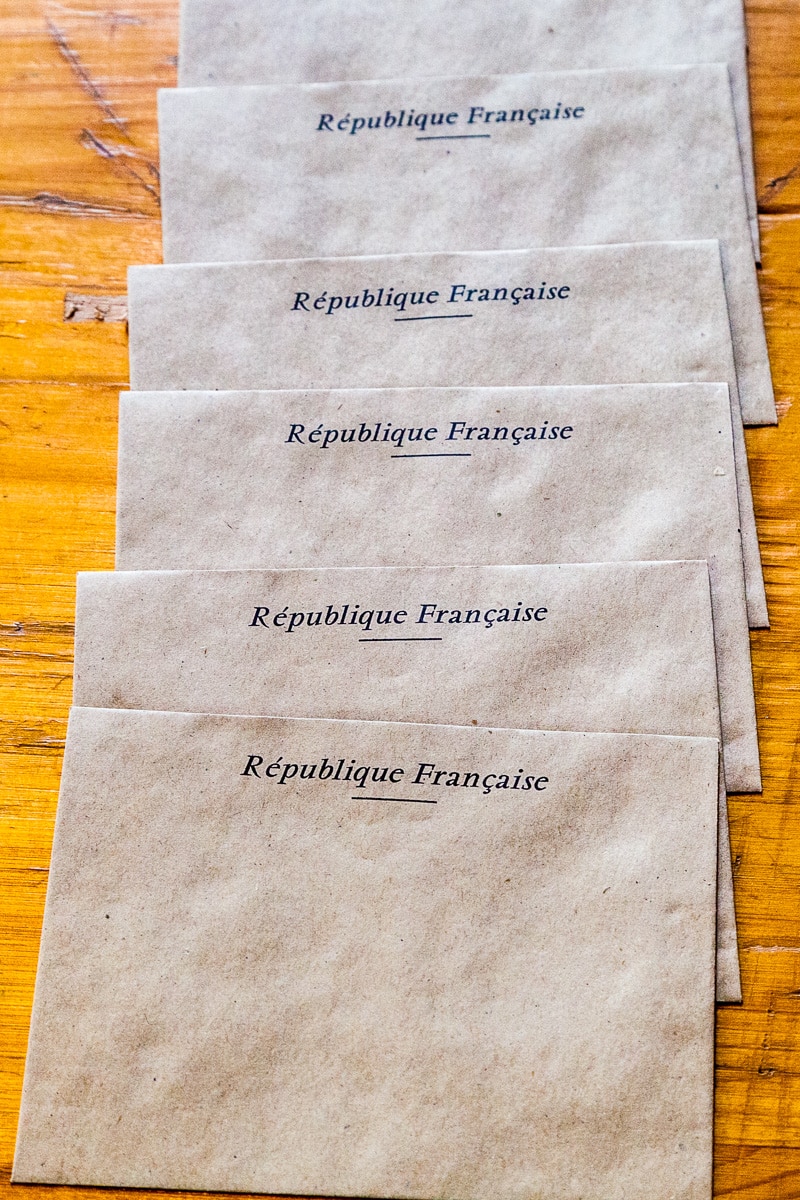 As this was the final vote, there were only two ballots, Macron and Le Pen. The first vote in France’s two-round presidential election took place two weeks ago on 23 April. In that primary, there were 11 ballots representing the different political parties that were running for President, and voters had to collect one of each before going to the curtained booth. 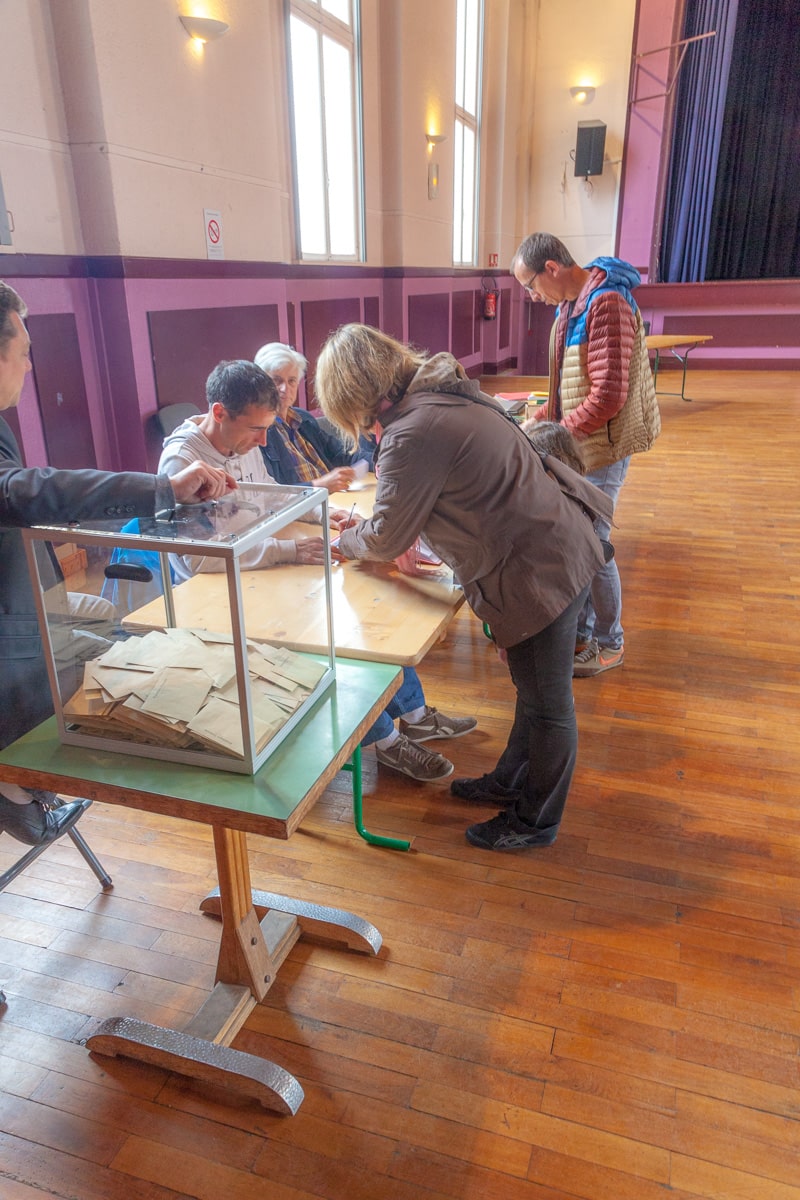 Elections are held on Sundays, and the campaigns end at midnight the Friday before the election. Then, by law, no polls can be published and no electoral publication or broadcasts can be made until the election is over. The polling stations open at 8 am and close at 7 pm in small towns or at 8 pm in larger cities.  Reporting of results or predictions is prohibited by law prior to that time, but the final results usually becomes clear before midnight.

Once the polls had closed across the country, we heard car horns in the streets, and shortly thereafter learned that centrist Emmanuel Macron had been elected French President with an estimated 65.1 % of the vote, with his rival, far-right Marine Le Pen, taking 34.9%.

It was reported that a significant percentage chose not to vote because they couldn’t support either candidate. However, there are two kinds of “non-voting” here in France. One type is those who do not vote at all, and the other is those who do vote but put no ballot in their envelope. 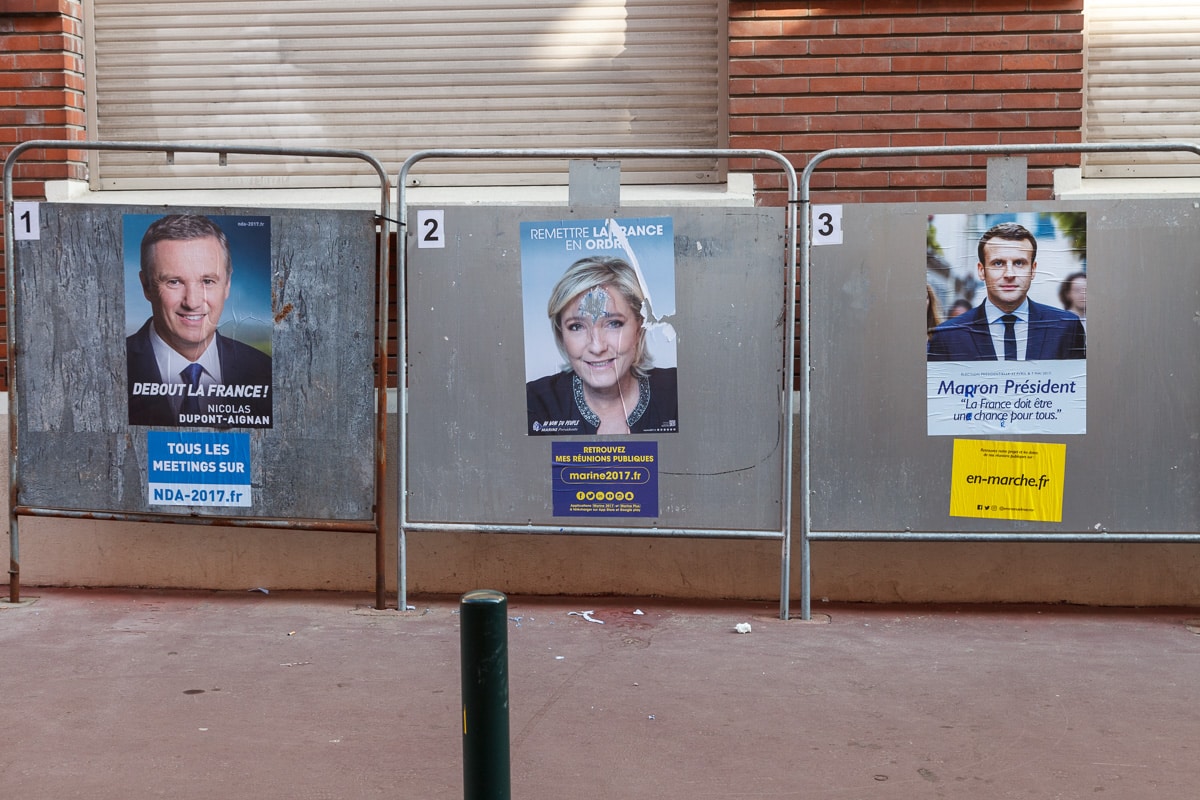 There are many reasons as to why the “non-voting” percentages are high. Many because their candidate (out of 11 in the primary) wasn’t in the final vote, others because they didn’t care for either candidate, and many because while they supported Macron, they felt that Le Pen made some valid points and they didn’t Macron to have so much of a mandate that he wouldn’t properly consider the oppositions ideas. 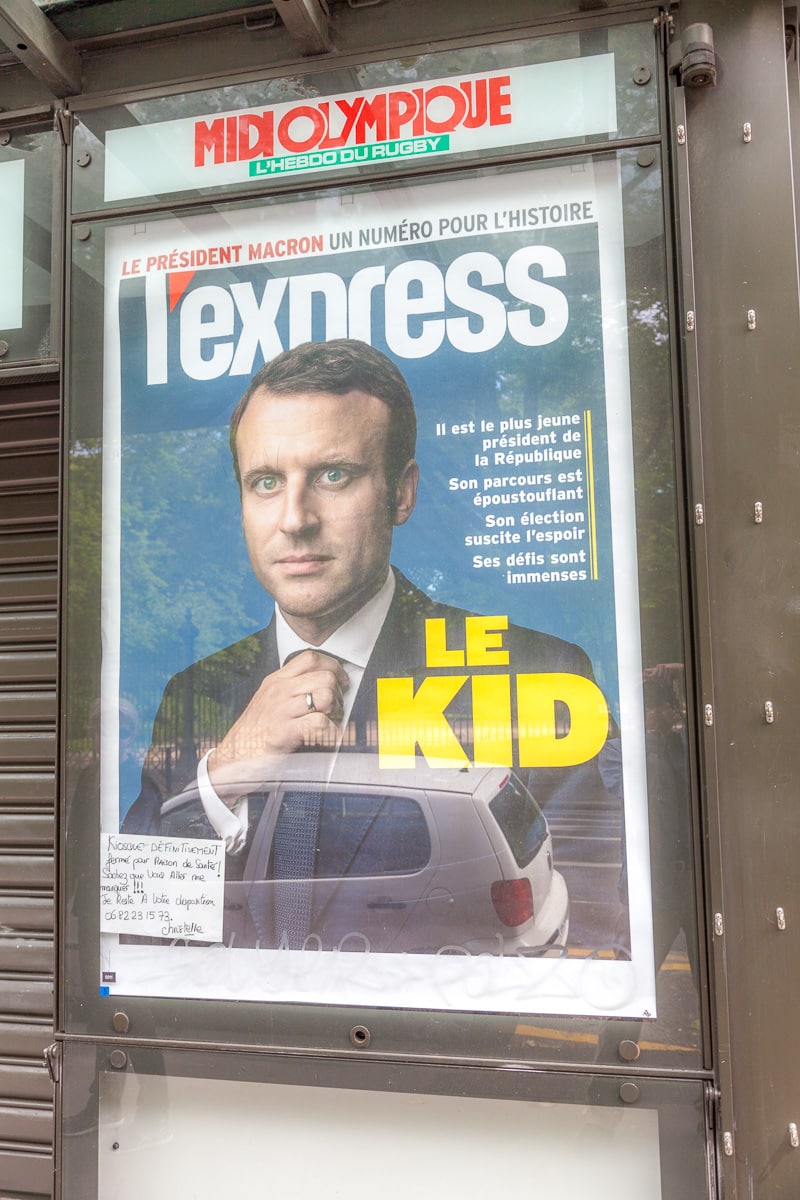 Regardless, Le Pen and her far-right nationalist party were soundly defeated, and though about a quarter of the electorate did not vote, that means about 75% did (in my opinion, blank ballots ARE a vote, abstention is not). While in the 2016 US presidential election, only 55% of voting age citizens cast ballots this year.

Interestingly, “official electoral campaigns in France are very brief. Campaign finance is strictly regulated. All forms of paid commercial advertisements through the press or by any audiovisual means are prohibited during the three months preceding the election. Instead, political advertisements are aired free of charge on an equal basis for all of the candidates on national television channels and radio stations during the official campaign.”  Excerpted from US Library of Congress Document here (a very interesting read in itself).