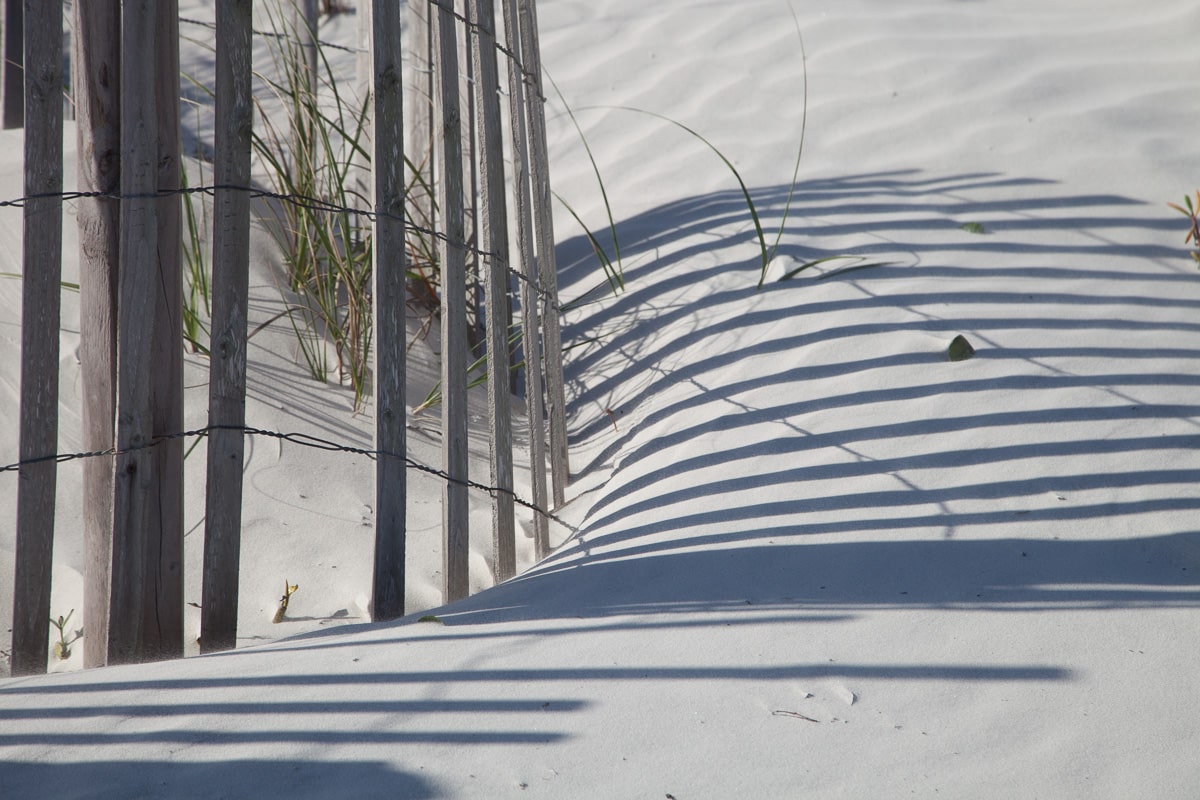 Life back in Florida has been pretty comfortable: walks on the beach, visits with friends, and falling easily back into some old routines. The weather that was warm when we first arrived has turned chilly, slowing us down a little. At least the mosquitoes have slowed down too. 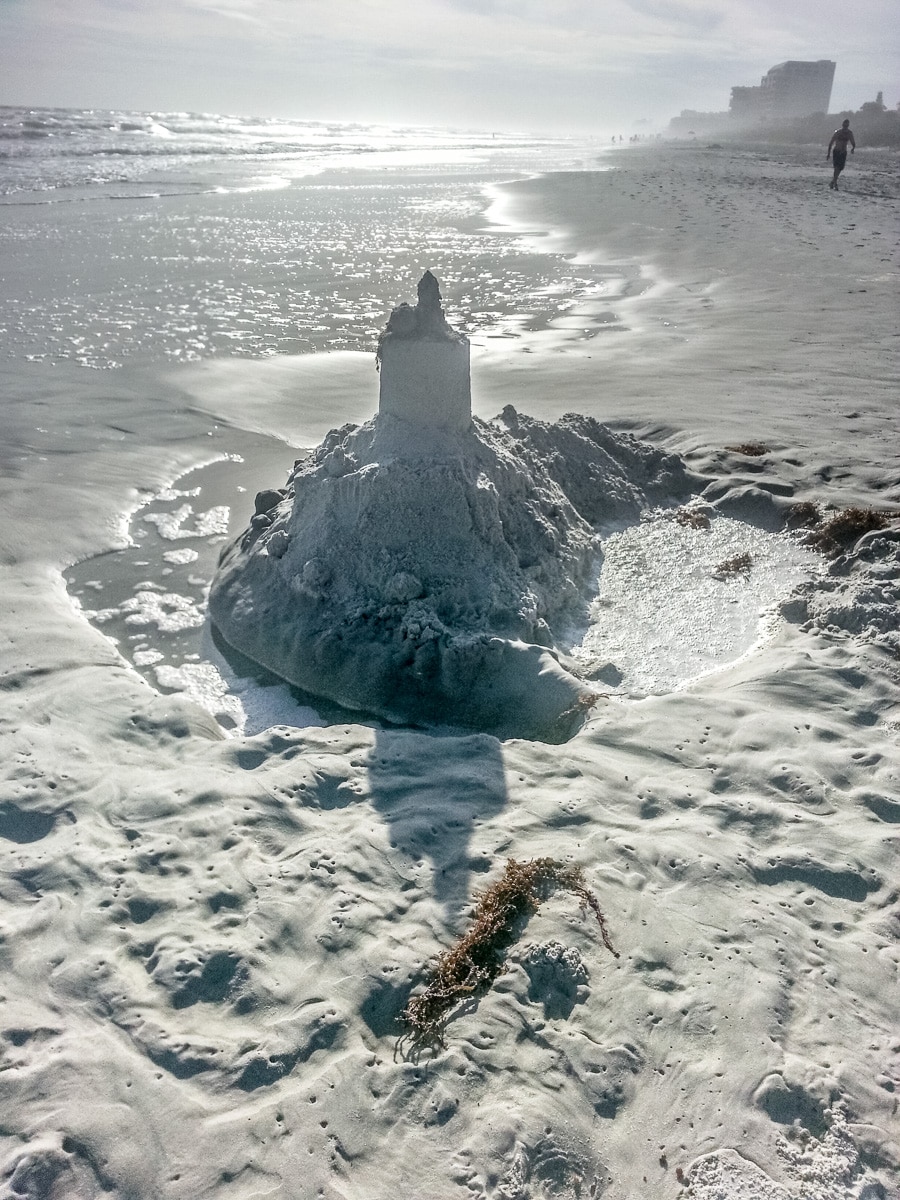 Visits with Jeannie’s dad have been a priority. Being close to the nursing home where he lives was one of the reasons for choosing our apartment in New Smyrna Beach. He is the last parent we have, and it’s good to see how well he is being cared for. Jeannie’s brother, John who lives nearby, has been shouldering most of the responsibility and has done a remarkable job, while her sister Jan manages his money, making sure we can continue to provide him care.

During our stay, we haven’t traveled too far from home. While we do walk to the few places that are close, we still have to use a car to get around. We have done some grocery shopping by foot, wearing our backpacks for the six-mile round-trip walk to the store. But mostly we have to drive.

One of the more enjoyable day trips was to Saint Augustine, the oldest continuously occupied European settlement in the United States. 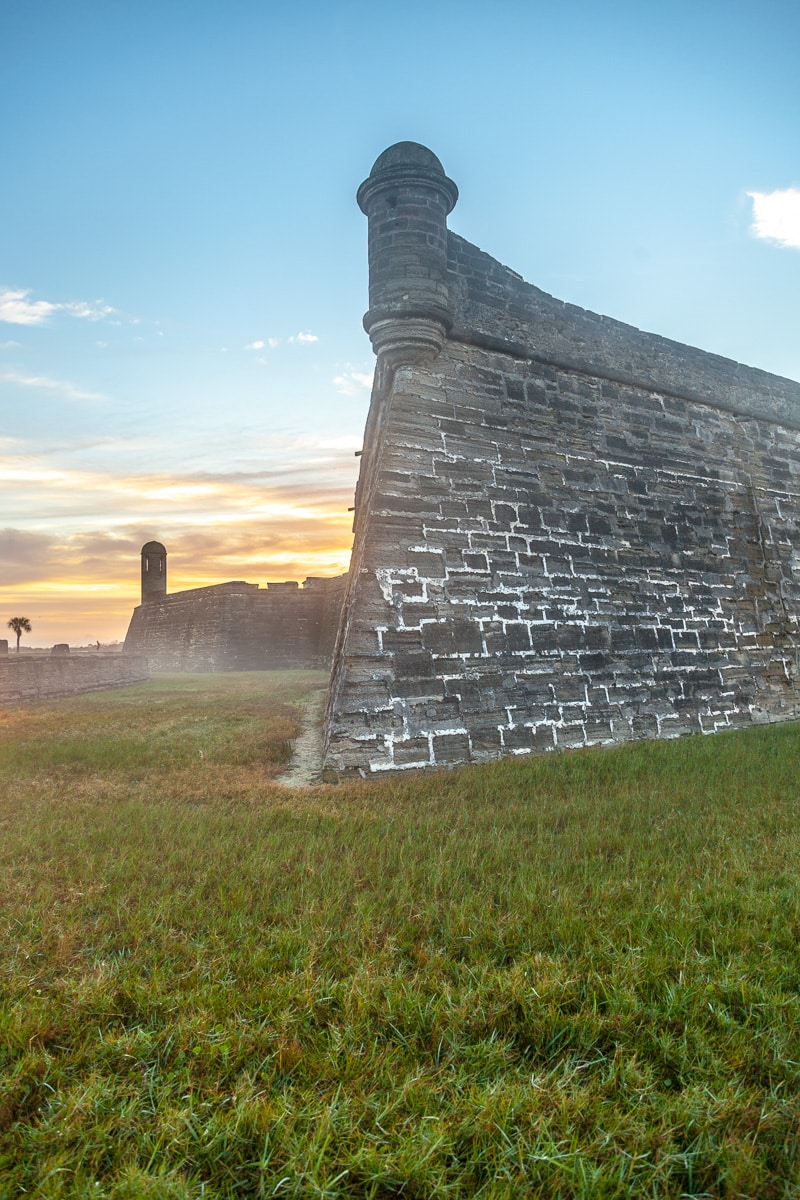 I grew up in Jacksonville, not far north of Saint Augustine. As a young boy, the ancient city with the Castillo de San Marco protecting its harbor aroused thoughts of conquistadores, galleons filled with gold, and adventure. Everything I considered as really old, was always measured against Saint Augustine, founded in 1565 as a Spanish outpost in the new world.

With over four centuries of history that includes Spanish and English, Greek and Minorcan, Native American and African American influence, the history of Saint Augustine can be felt by simply strolling the narrow old world streets. Its street pattern and architectural ambiance reflect Spanish origins in spite of the destruction of the city by invading British forces in 1702 from which only the Castillo de San Marcos, completed in the late seventeenth century, survived. 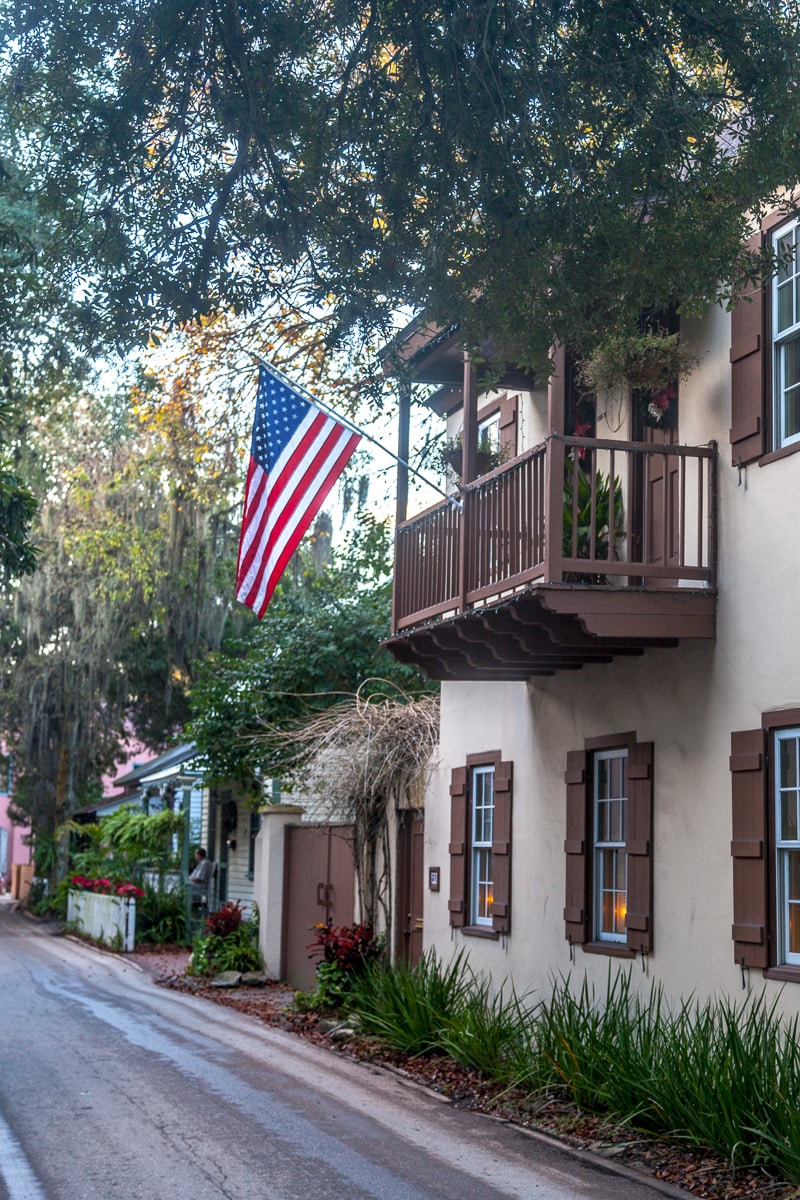 The best time to wander this city is in the early morning, when all the tourists are still sleeping. The past exudes from every crevice and around every corner, but no place is more filled with legend and lore than the fort, the Castillo de San Marcos.

Wandering about the exterior of the almost 350 year-old structure, there was a light fog that added a shroud of mystery. It was easy to imagine Spanish soldiers in their armor keeping watch from the ramparts.

Throughout our travels in Europe we have visited many ancient fortresses that are older and larger than the Castillo de San Marcos, but few captured my imagination the way this fort did.

Of course, there are many other sights to be seen in Saint Augustine and we have visited many of them. Some are tourist traps, but others are fascinating glimpses into a past that has spanned centuries. 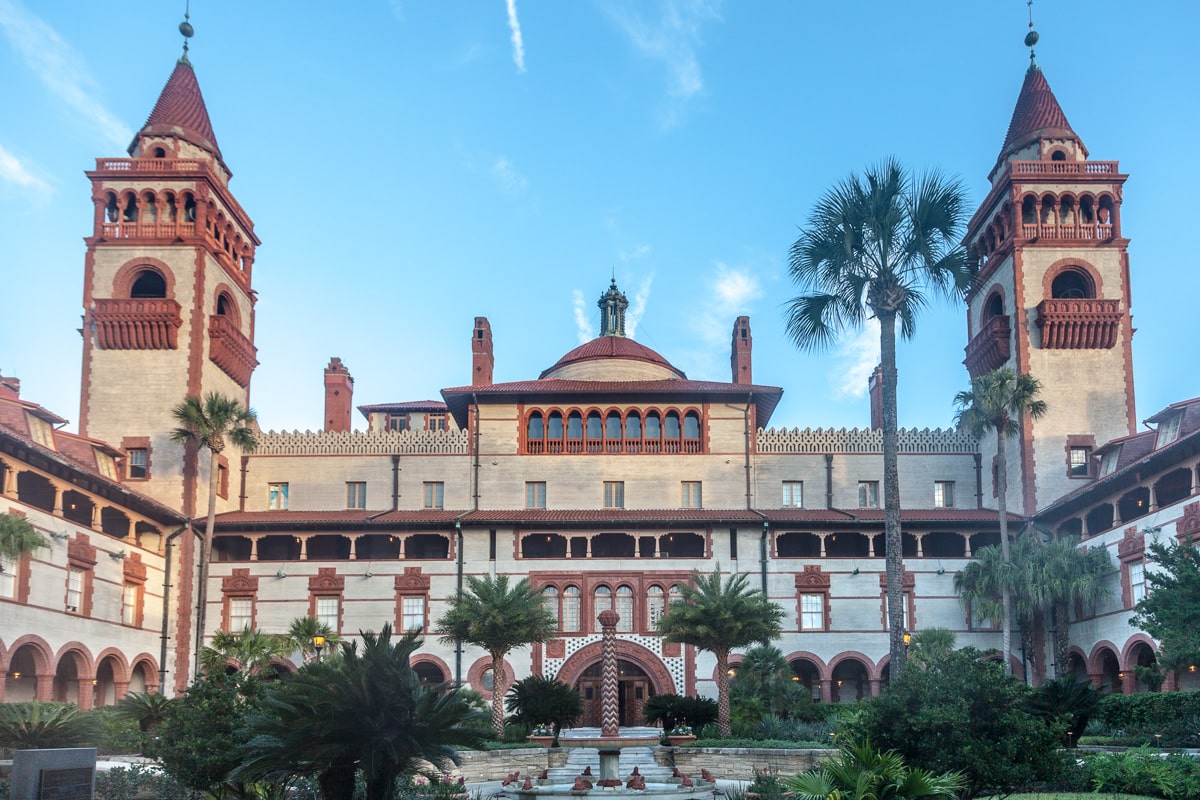 Another of my favorites is Flagler College, a private, liberal arts college founded in 1968. The college is located in Henry Flagler’s former luxury hotel, the Ponce de Leon which was completed in 1888 and was created in Saint Augustine as a winter resort for wealthy Americans. For a time, St. Augustine was the winter tourist destination of the United States.

Flagler’s architects changed the appearance of Saint Augustine, fashioning buildings that were grand and elaborately detailed in the Mediterranean Revival and Spanish Revival styles popular in the 1880s. Their work, in time, came to characterize the look of cities throughout Florida.

Saint Augustine is a magical place, but is even better if you can avoid the throngs of tourists. Get out very early, wander the narrow old streets away from the developed areas, walk around the Castillo de San Marcos and along the waterfront – let your imagination run.