Though most people think of St. Patrick’s Day as an Irish party holiday, it began as an Irish holy day, and was first celebrated in 18th and 19th-century. St Patrick, an important figure in Irish history, was born around 460, and by the 600s, was already known as the Patron Saint of Ireland. Originally the Irish, Catholic and Protestant alike, went to church rather than party.

In Ireland the celebration is still somewhat religious in nature, as it is considered a religious feast day. It was made a national holiday in 1903, and the first Saint Patrick’s Festival was held as recently as 1996. In recent years, the even has become more cultural and commercialized, and consists of street celebrations, and concerts, including parades. 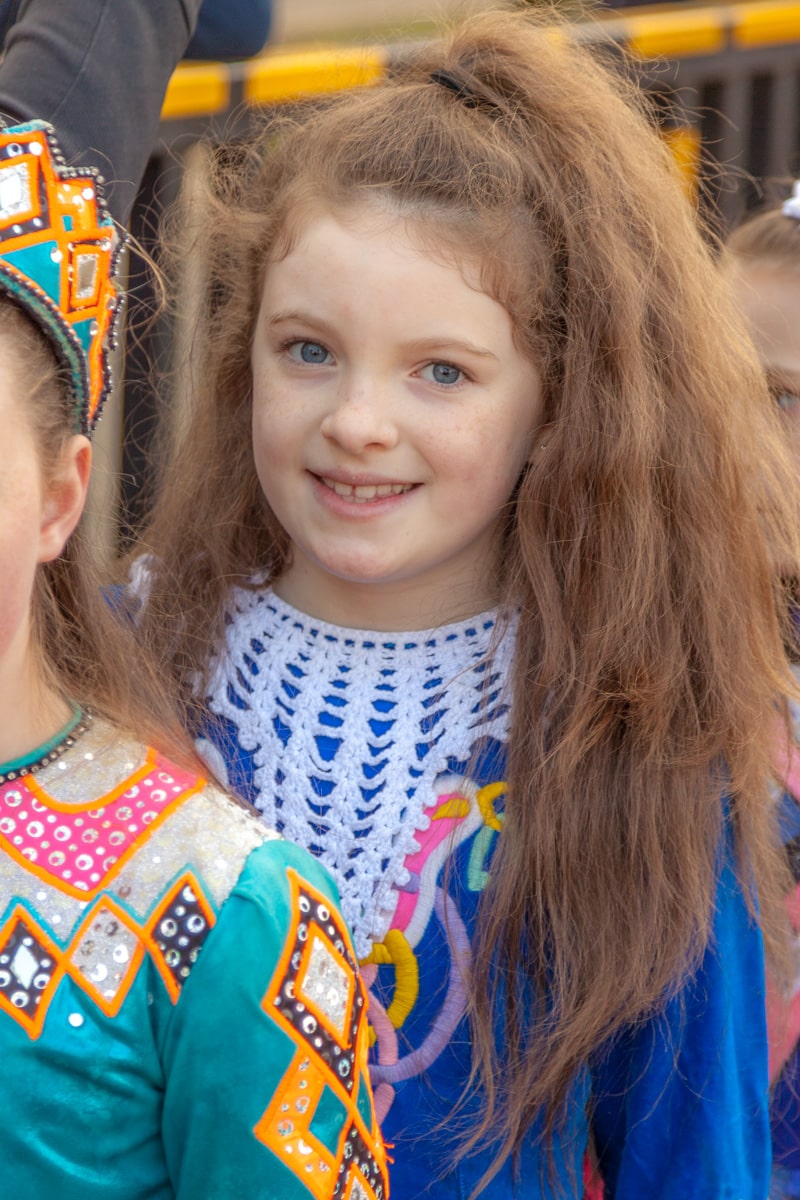 In the larger Irish cities, as well as in US cities like Boston, New York, and Chicago the celebrations are massive, raucous and often for some people, an excuse to get drunk. However, here in Killarney the town and the inhabitants were dressed in green and shamrocks. There were concerts by local performers and music schools, Irish dancing, and of course the parade.

Killarney is something of a tourist town, filled during the height of the season with people from all over the world. But we are here before the big influx of vacationers, and the streets were filled mostly with locals. 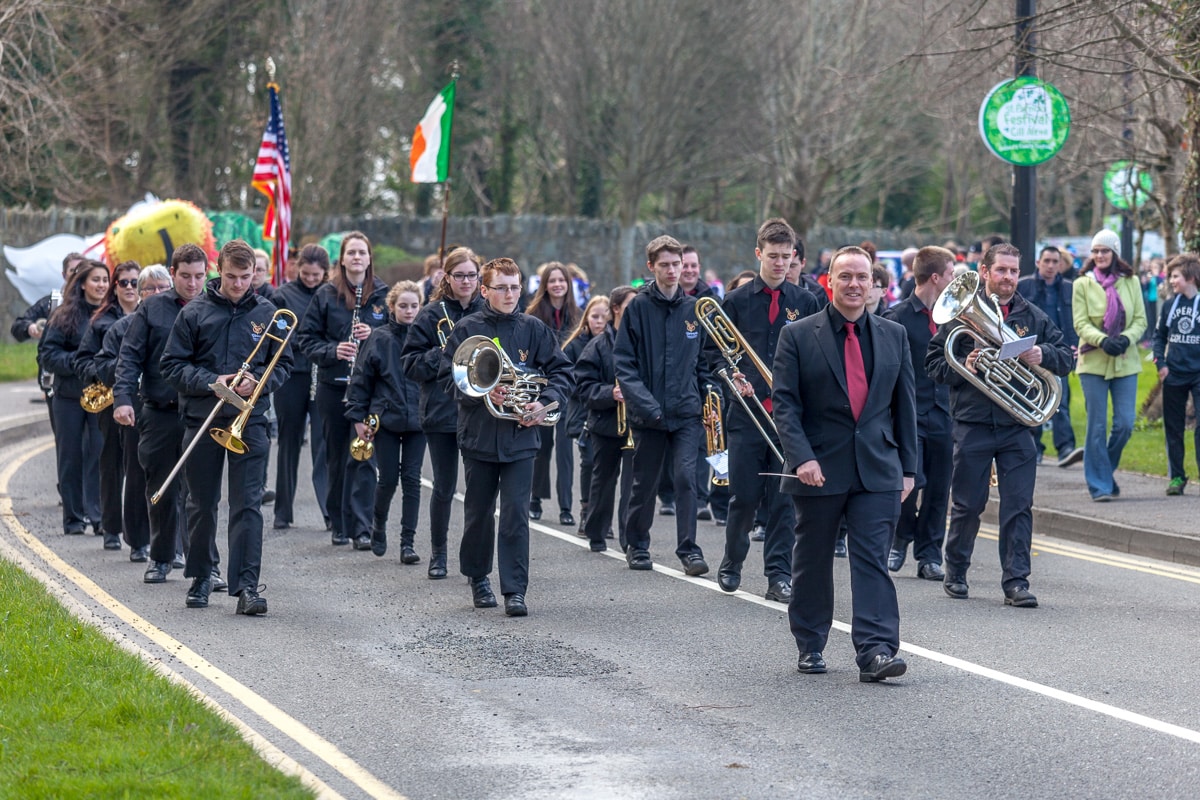 The parade route was filled with onlookers of all ages, but it seemed that all of the children in town were participants in the parade. Brass bands, bagpipe bands, school groups and athletic clubs, ploughing companies and pubs were some of the many groups that marched through the town.

One thing that we noticed among many of the young participants was the large number of baby-teeth missing in the smiles as the little ones walked by. All in all it was a delightful local spectacle, with smiles and happiness everywhere.

Above: A recording of a passing pipe band in the Killarney St Patrick’s Day parade.