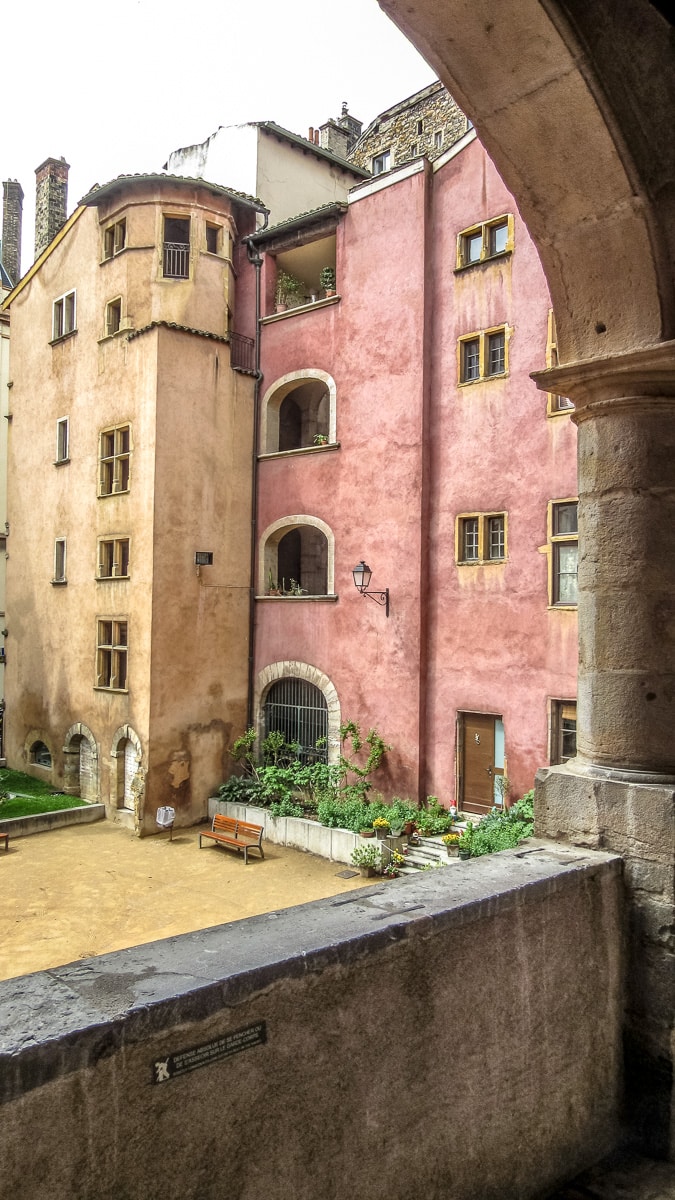 In its 16th century, arcaded building and galleries clad in pink, the Maison des Avocats (House of lawyers) is a beautiful Renaissance building in Vieux Lyon, and home of the Musée International de la Miniature et Décors de Cinéma. The museum is the work of Dan Ohlmann, miniaturist artist and founding director.

Of the images below are many I made of the miniature sets that are behind viewing windows, and generally 1/12th to 1/18th actual size or smaller. Each scene was within a small area only about the size of a small microwave (though a bit deeper). The detail was remarkable, and far smaller than the photos indicate. Note: in the photo to the left, the size of the hand for reference.

The Museum was an intriguing visit behind the scenes of some well-known movies, as well as an opportunity to roam through a beautiful example of medieval architecture. It was far more interesting than we had thought it would be.