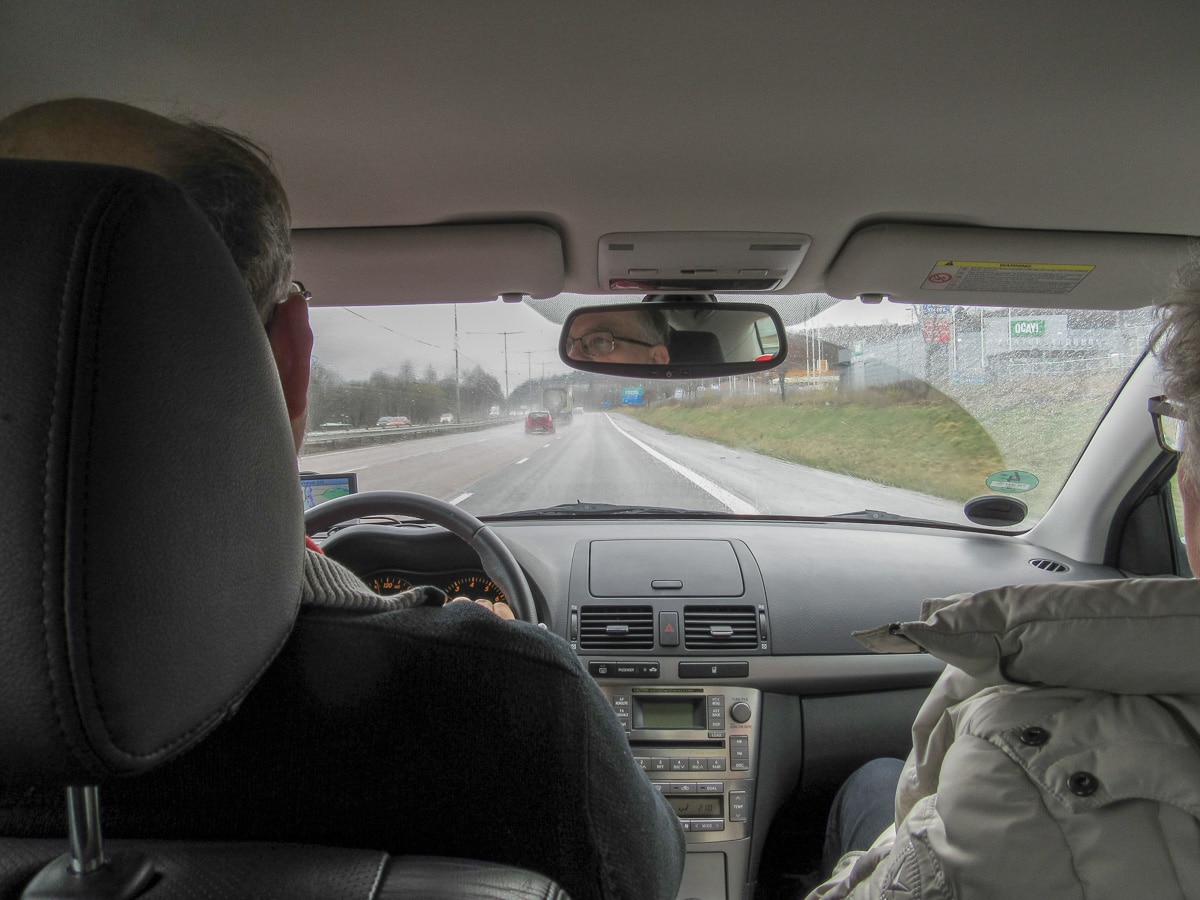 This post is a spur from Getting to Gothenburg]

We weren’t in a big hurry to rush out from Gothenburg, as the weather was still wet and cold, but we were excited to get to Skara. The route there was uneventful, the terrain was rather rocky near Gothenburg, but flattened out a bit the closer we got to Skara. Farms and rich agricultural land dominated the landscape for most of the drive. The red barns and farmhouses looked just like barns and farmhouses we had seen in Wisconsin and other rural areas in the US. Many Scandinavian immigrants to the US, beginning around the 1840s, brought their living styles and farming techniques with them when they came.

Along the way we stopped to visit Nääs slott (Nääs Castle) a preserved late 19th century estate. Of course it was closed on Mondays, but we enjoyed strolling the grounds anyway. 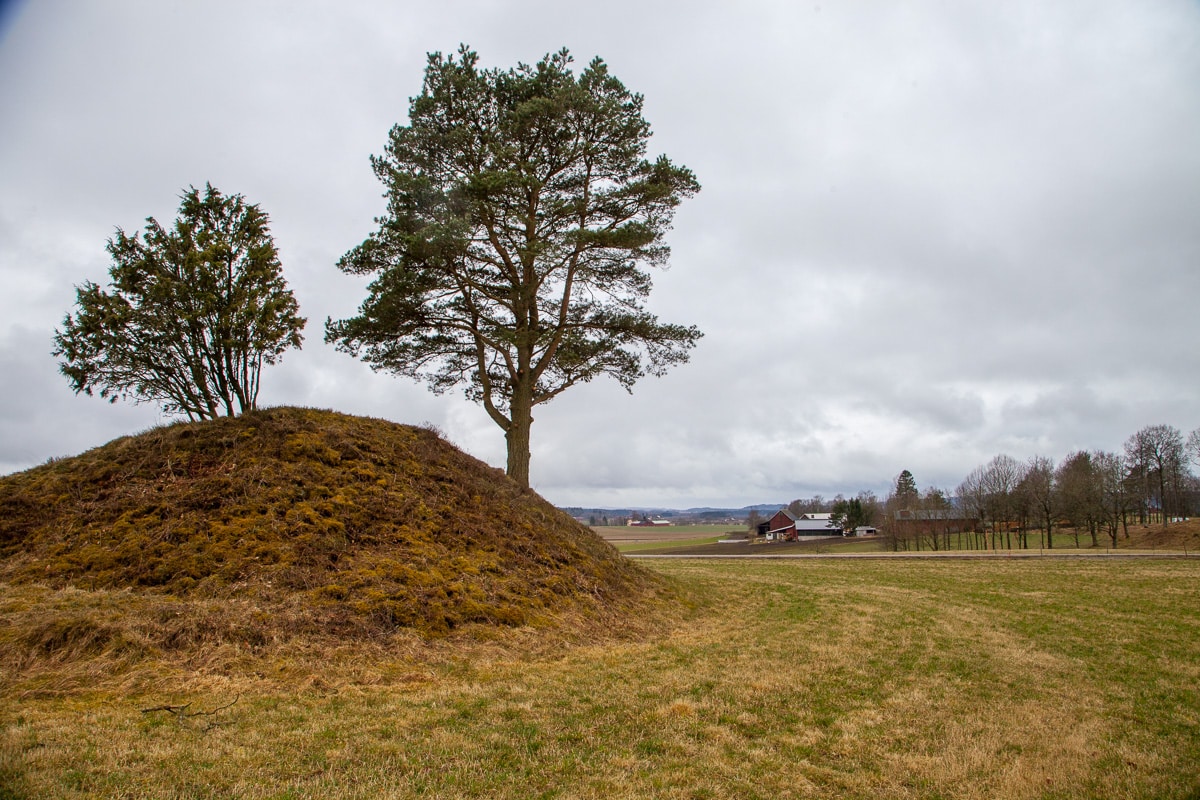 Further along we turned off to quickly view a prehistoric burial mound that has been dated to older than 1500 BC. It was merely a small mound, along with others nearby, but considering its age it was quite interesting.

On our final stop before arriving in Skara, we realized it was time for “fika”. In Sweden, fika is a social institution, traditionally involving coffee and treats, where friends gather to chat about life and current events, similar to coffee breaks in the US or afternoon tea in the UK. 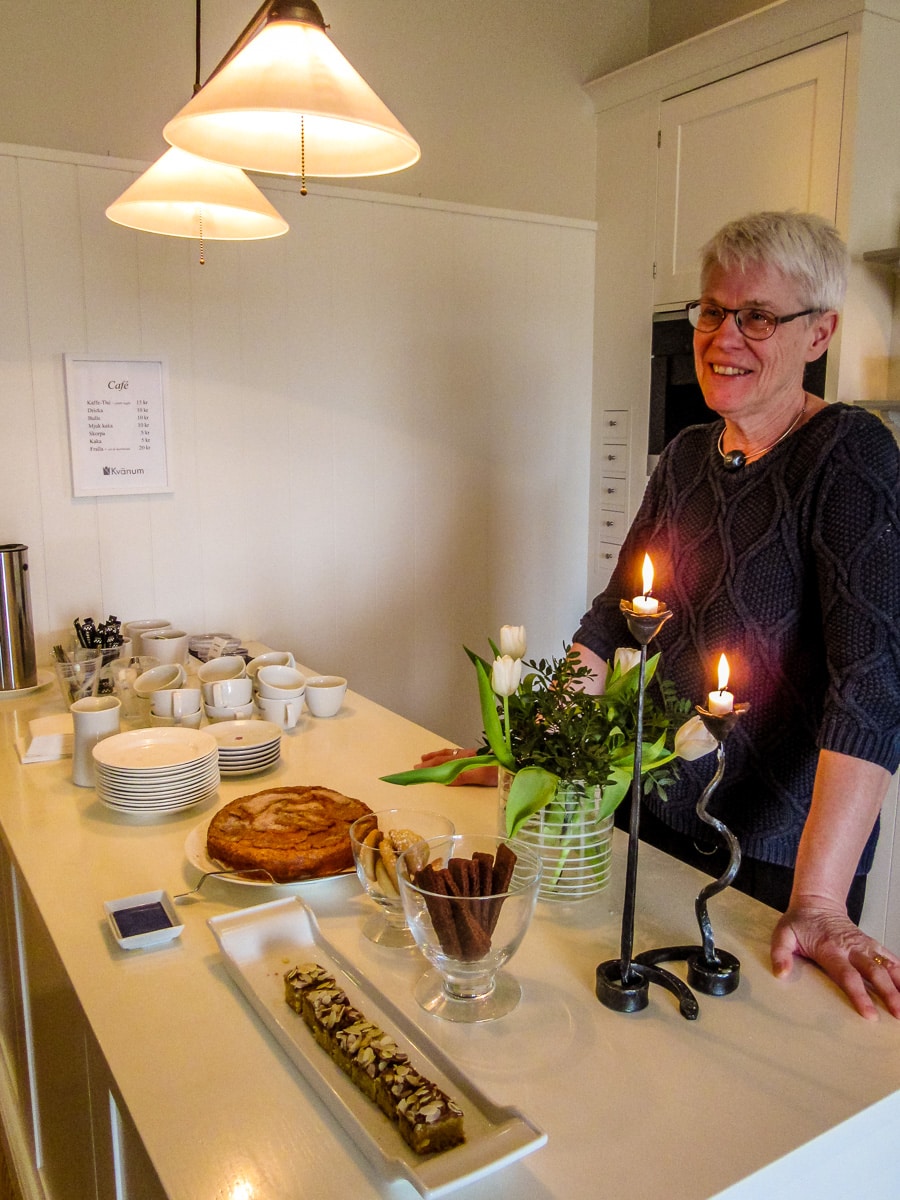 So we saw a road sign that displayed a coffee cup logo, and made our way to a rather large building that was a kitchen design center and also contained a coffee shop. We ordered up our hot beverages and some pasties, and embraced the fika concept.

We arrived at Skara too early to check in to our hotel, so we decided to drive the 10-15 km to the main crane viewing area at Hornborgasjön (Lake Hornborga). It felt good to out in the country, at least while in the car, as it was cloudy, quite breezy and cold outside.

Curiously, there was no evidence of the cranes in the surrounding fields and clearings like one might see in Florida where sandhill cranes (Grus canadensis) spend their winters. This species, the Eurasian crane (Grus grus), arrives at Lake Hornborga in this part of Sweden during a four-week period during March/April on their way from their winter quarters in Spain to their breeding grounds.

When we got to the Trandansen (crane dance) viewing area, there were cranes aplenty. The sound of the trumpeting birds was amazingly loud, not surprisingly though, as the daily count indicated that today, there were well over 15,000 individuals at this site alone. Use the player below to hear a recording of the cranes at Hornborgasjön.

There many other species of birds as well. The list at the information center showed dozens of species in the area. Besides the cranes, there were several species of ducks, geese, swans, many wading birds, and lots of little tweets. 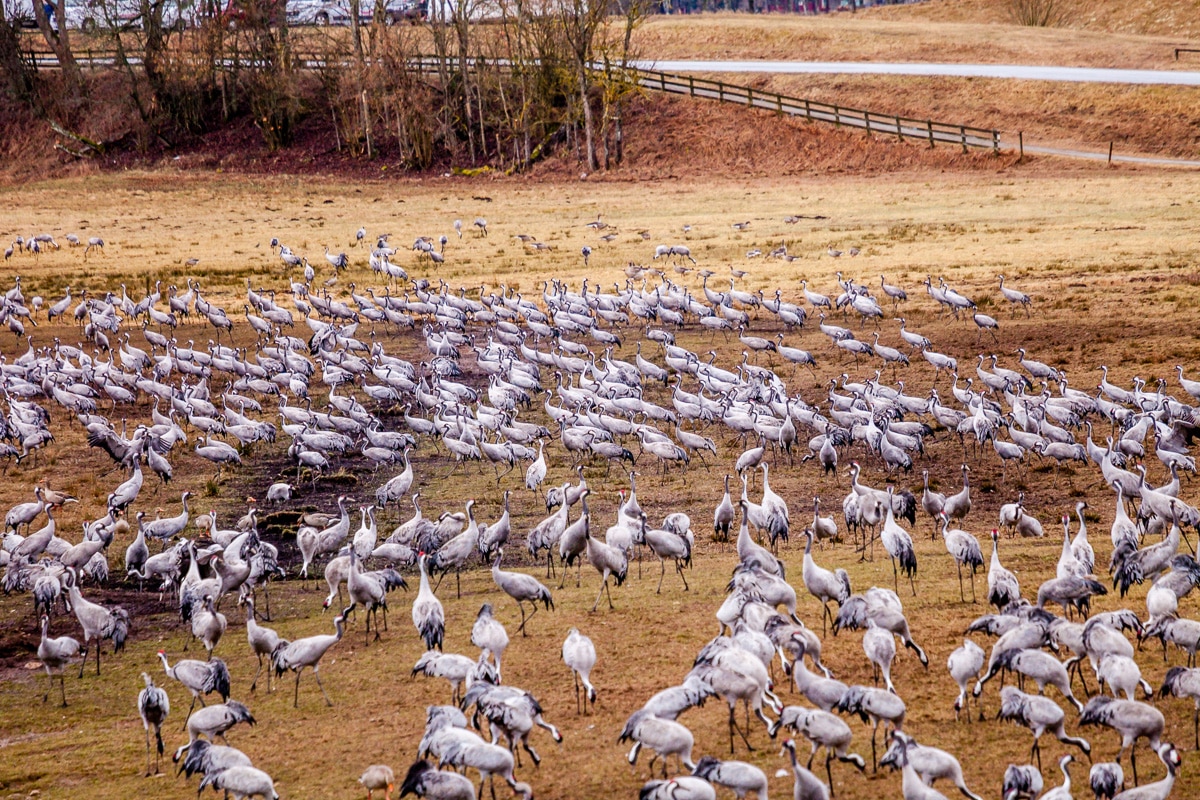 There were so many birds! However viewing restrictions (fences) meant that we were unable to get closer than 40-50 m (130-160 ft). Since my longest lens is about 280 mm (200mm+1.4x) I wasn’t able to zoom in on individual birds as much as I would like. So I had to change my “focus” and concentrate on the incredible number of birds. (for some really nice close-up shots of cranes at Lake Hornborga check out this website).

The next day we returned to Hornborgasjön for another couple of hours watching and photographing the birds. The crowds were larger than the previous day, including many school children, most of whom seemed genuinely interested in observing the birds. Fortunately the temperatures were slightly warmer and the sun was a little brighter. Unfortunately, we really needed to return to Gothenburg so that our friends, Niels and Jette, could return to Copenhagen at a reasonable hour – a 4-hour drive. 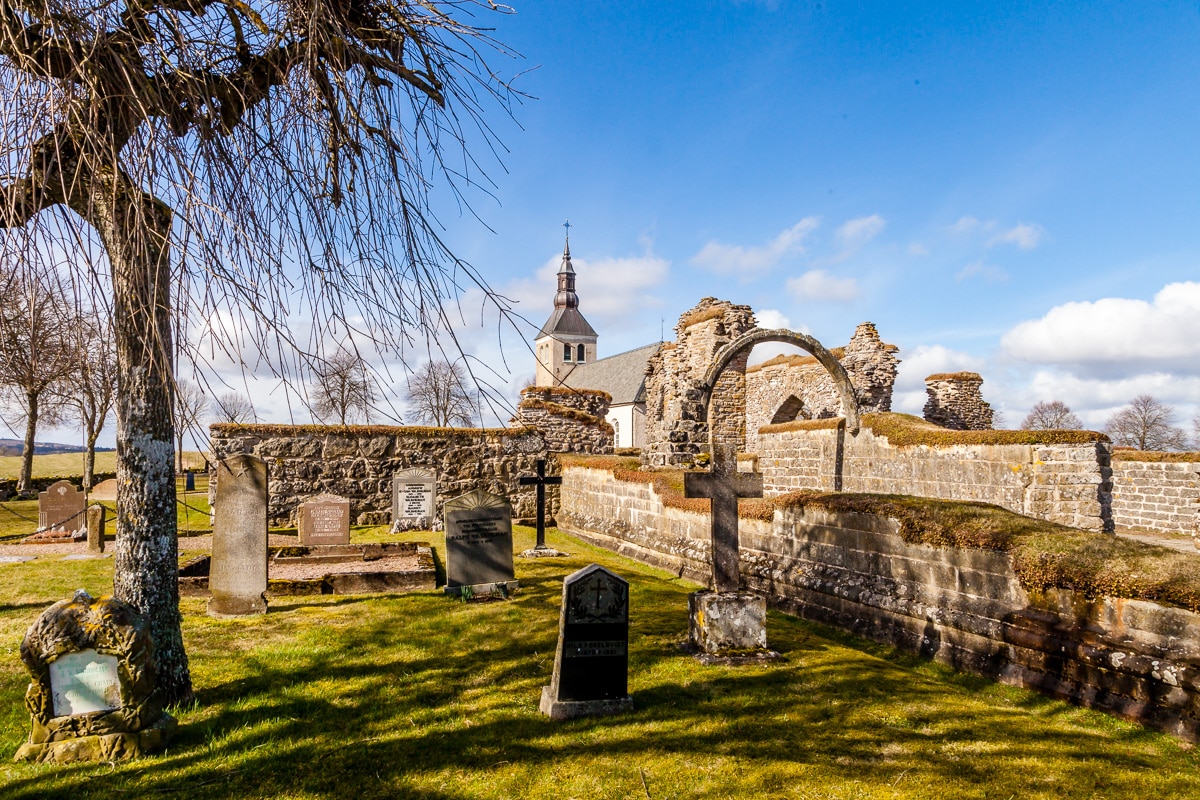 On the return we took a route on back roads through the Swedish countryside. We took the time to visit Gudhem Abbey, was a Benedictine and a Cistercian convent from 1152 to 1529. Of the structures remaining, an arch delicately sweeps between two remaining walls of the southern chancel. It is amazing how such a fragile span could remain intact over the centuries.

The remainder of the drive was delightful in spite of the on-and-off rains along the way, and we got back to Gothenburg just in time for lunch.