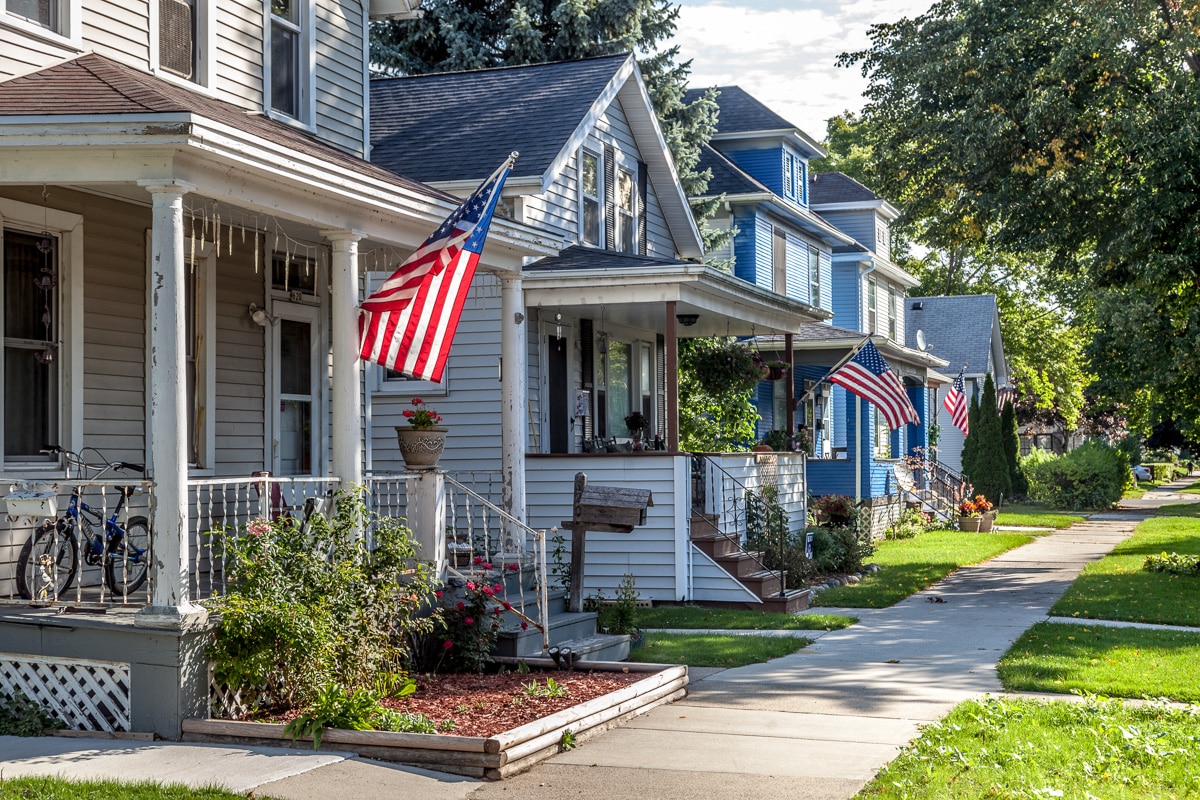 Our time in Canada had come to a close, and we boarded a plane for our return to the USA. We were first heading to Sheboygan, Wisconsin for a visit with Jeannie’s side of the family.

Once we landed at O’Hare International Airport  in Chicago, we headed off-property to pick up a rental car. If we had rented a car in the airport, the cost for a week would have been well over $300 higher than from the same rental company’s off-site office. Of course, we did have to take a 10-minute taxi ride, but that was only a minor cost and inconvenience, and it made our departure much simpler. 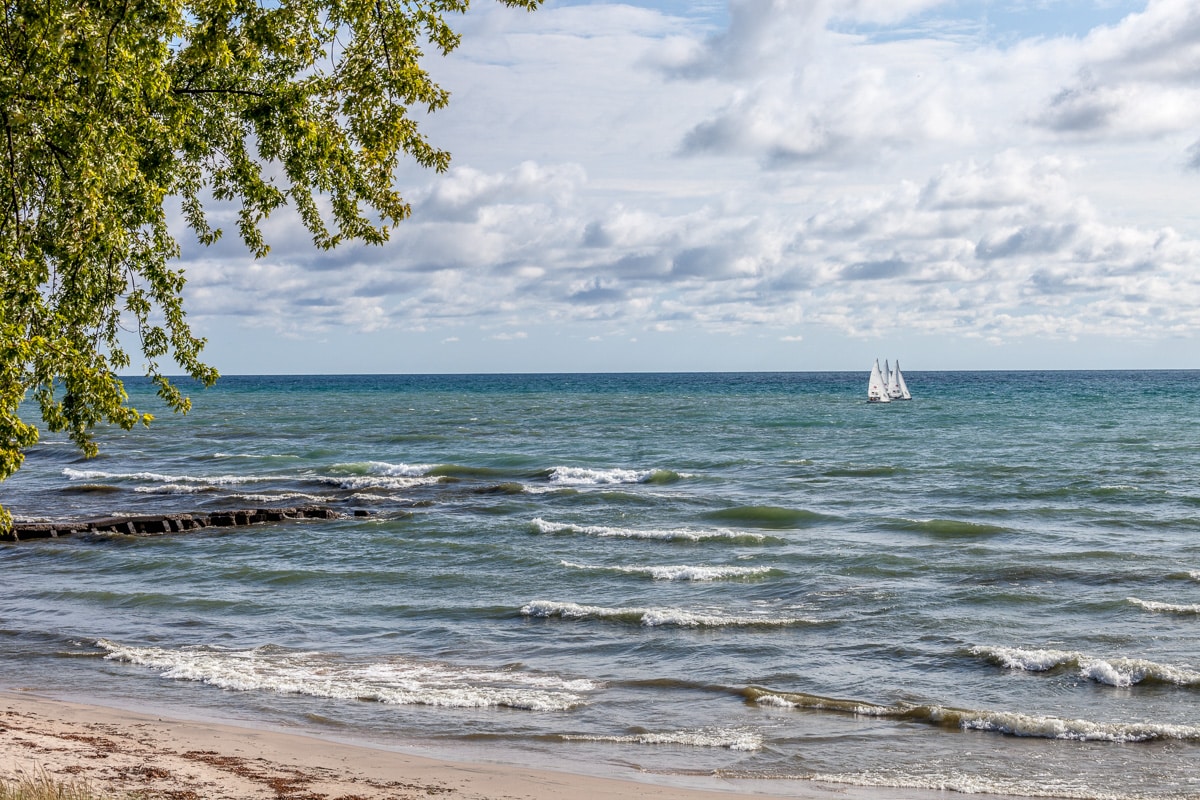 The drive to Sheboygan was a 150 mile (241k) straight-shot north through Milwaukee, following the outline of Lake Michigan. It was a cool, sunny autumn day, and the countryside was beautiful as we easily made our way.

Sheboygan is where Jeannie’s parents were born, raised, and met. Both have now passed, her father just after we had departed for Ireland. We looked forward to reconnecting with the family who, for many years we didn’t get to see enough.  The Matriarch of the family is (Aunt) JoAnn, a diminutive yet strong and sweet lady.  There are four cousins: Barbara, Marie, Carl (aka “Butch”) and Jimmy (dec.), and lots of sub-cousins and sub-sub-cousins in the extended family. 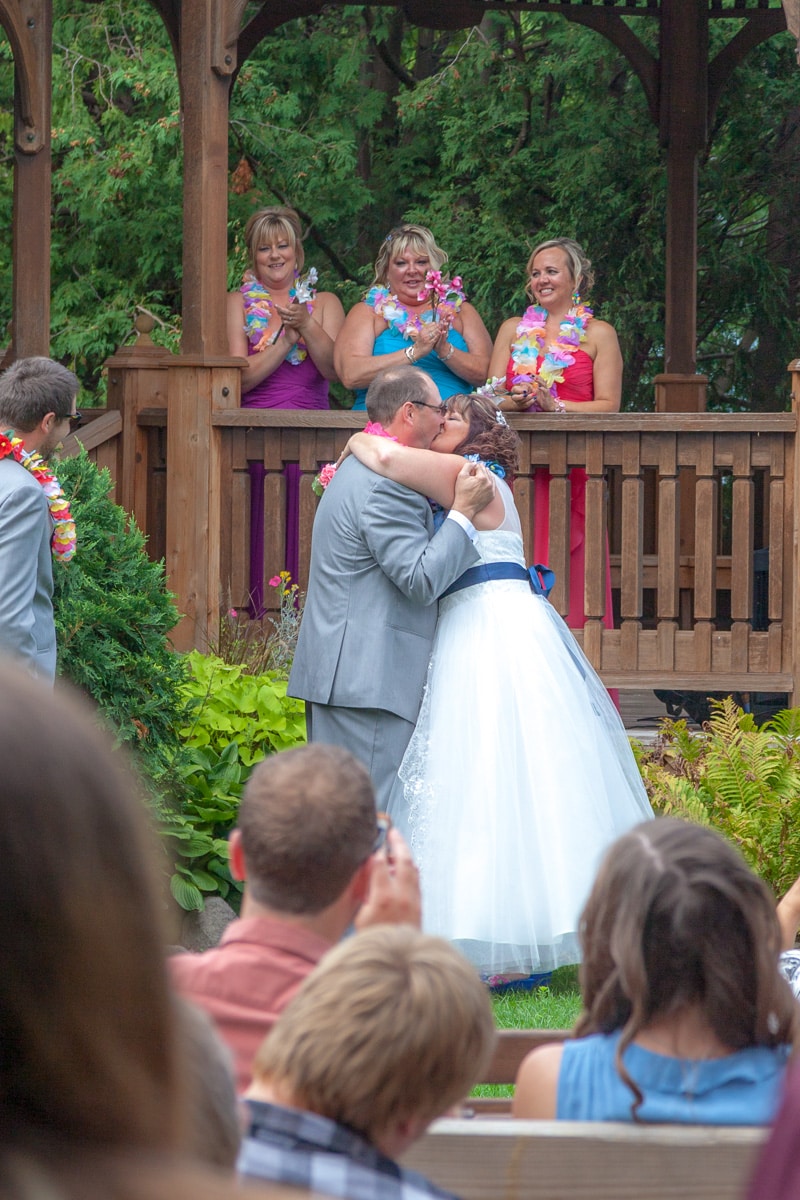 As luck would have it, cousin Barbara’s son Scott and his wife Pam’s vow renewal ceremony was scheduled for the day after we arrived, and it was an excellent way for us to make and renew many family connections. The celebrations continued well into the evening, and we did our best to keep up.

Over the next week or so, we were treated to such wonderful hospitality – hikes and picnics, museums and meals, and lots of quality time with so many good people. Wine and snacks at Barb and Craig’s, burgers and brats with Marie and Donnie, and several get-togethers at Butch and Joanie’s.  And of course Aunt JoAnn joined us at the family gatherings. Click here for images from one of the get togethers.

Good eats are built in to the culture here, and near the top of the Wisconsin Food Pyramid is cheese. Mostly cheddar, the cheese comes in various forms – curds, spreads, cubes, slices, shredded, flavored processed cheese, and string cheese. 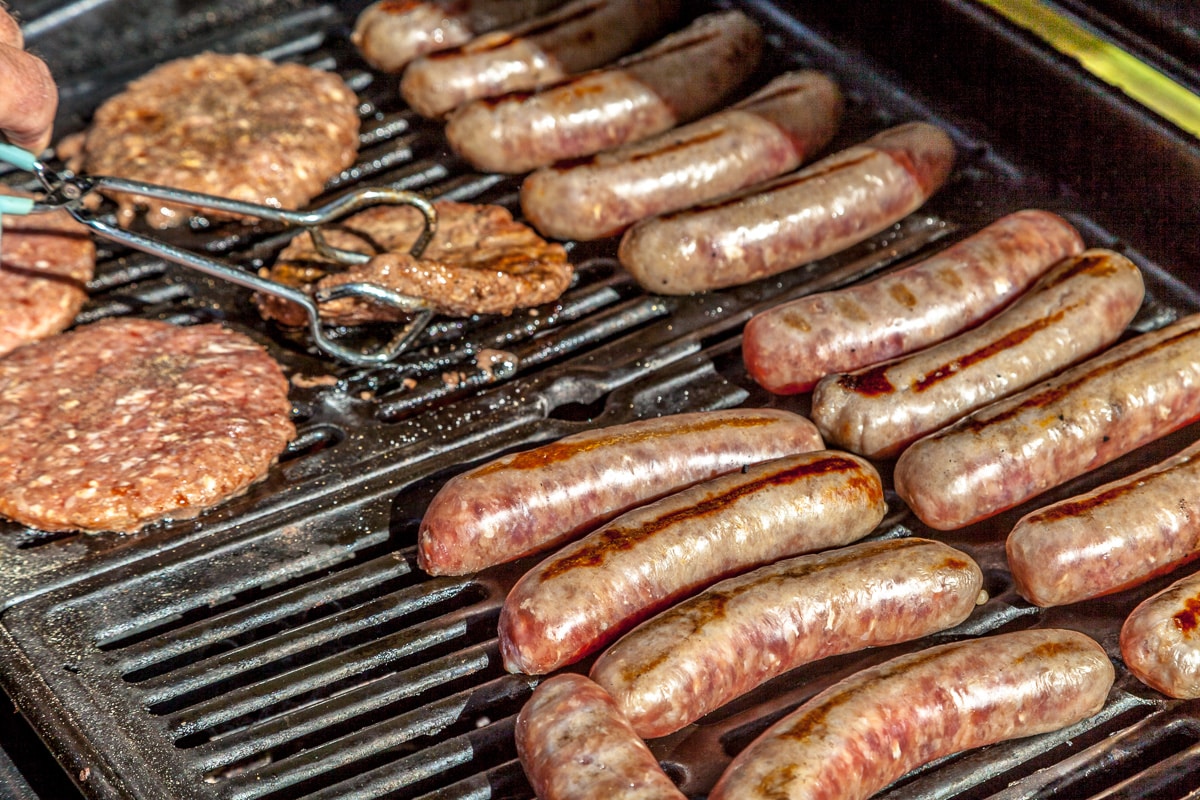 The importance and popularity of cheese is followed closely by burgers, but probably, in Sheboygan, the “king” of meat is the bratwurst or “Brats” for short. First popularized in the 1920s after German immigrants supposedly introduced brats to the New World. Here in Sheboygan County, brats are a multi-million dollar industry. In fact, the area is home to Johnsonville Sausage, one of the most successful, well-known brands of sausage in the US. 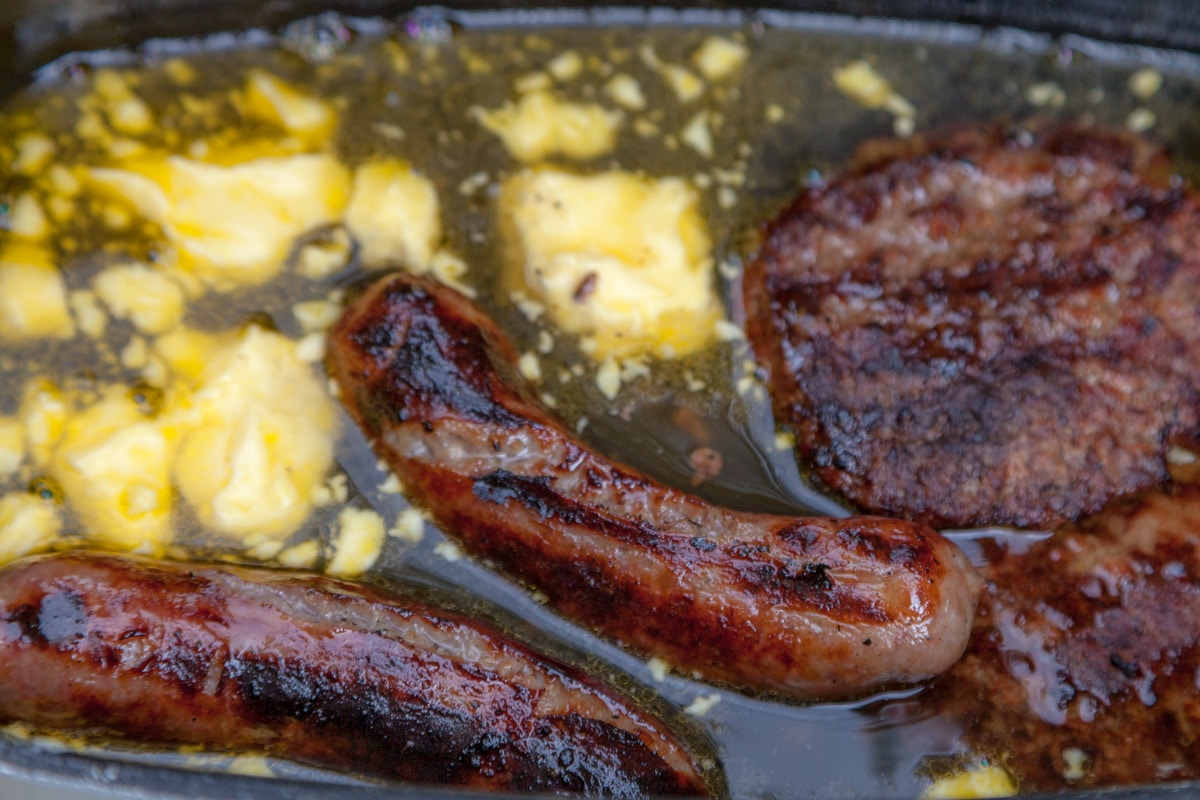 Brats are not necessarily healthy, but who cares, because they are so-o-o good. Slowly grilled to perfection, these classic German-style sausages are a staple of Saturday afternoon barbeques and picnics in combination with burgers. Everyone has their favorite method of grilling, often involving simmering in a pot of beer and butter (before and/or after cooking), then serving on a beer-buttered, toasted bun with mustard and sautéed onions, or whatever … they’re so good! 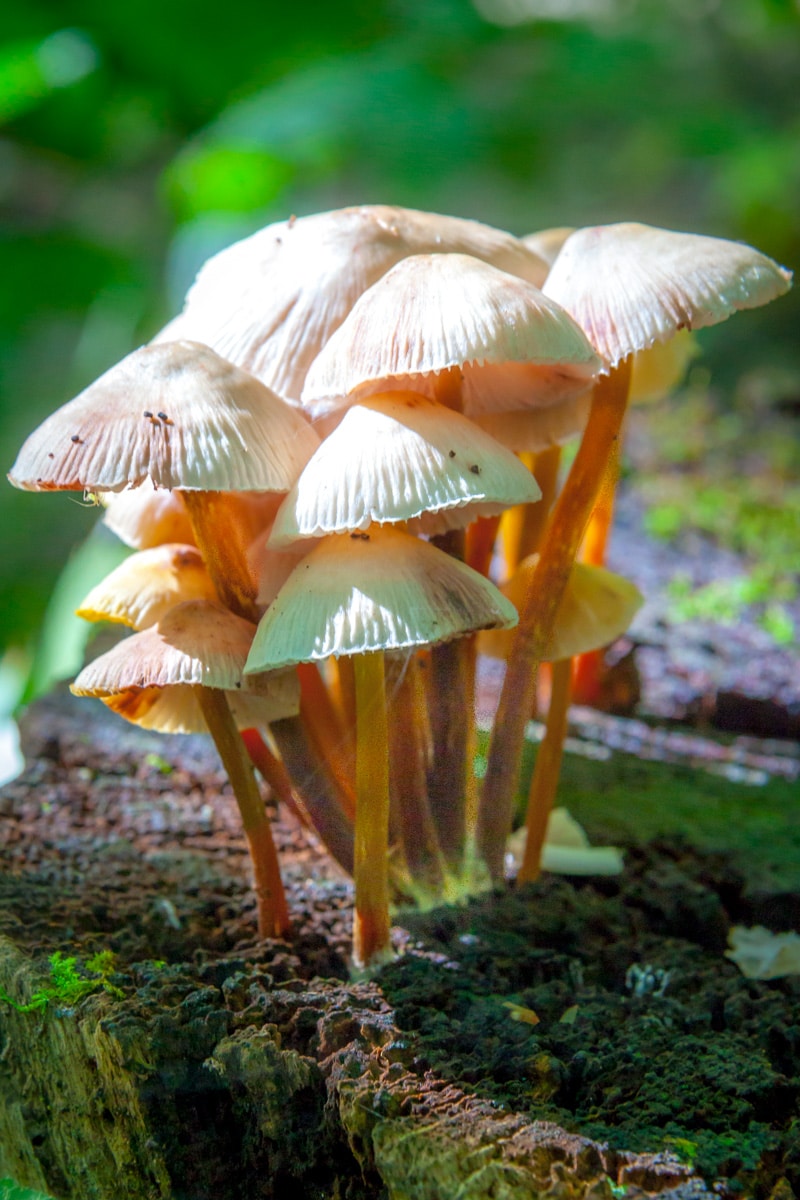 On one excursion with Butch and his wife Joanie, they took us to hike a portion of Ice Age Trail at the Parnell Tower Hiking Trail. On the way we made stops at Dutter’s Gibbsville Apple Orchard and then the Gibbsville Cheese Co. to pick up some snacks to accompany a picnic Joanie had prepared. It was a great walk in the ancient glacial hills of Wisconsin, and delicious too.

When we had a day to ourselves we visited the John Michael Kohler State Park and the Kohler Dunes State Park. Located on the shore of Lake Michigan, there are 2.5 mi (4k) of sandy beach and a nice campground when not buried under mass quantities of snow. Sheboygan has an average annual snowfall of 43.8 inches over the last 30 years.

It was good to be there in the late summer. But for now, we are ready to get back to Florida. We have been away seven months, so the question is, what’s next? 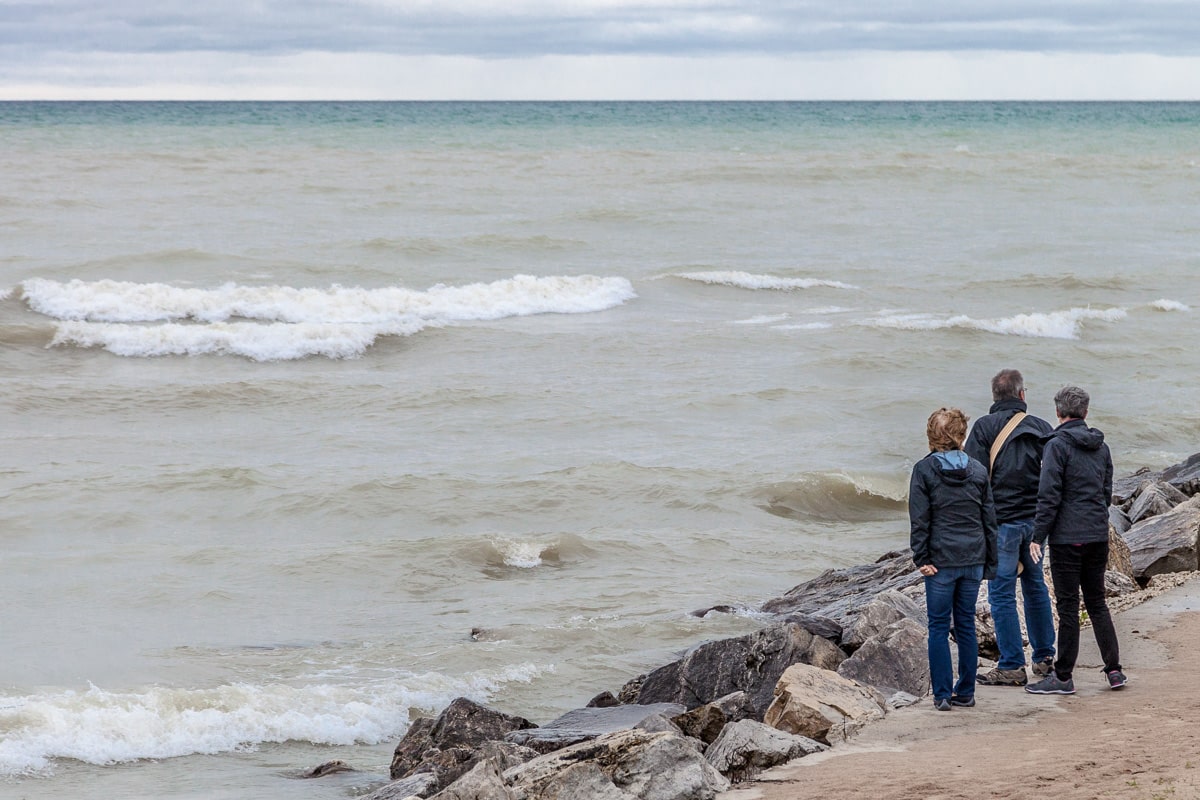 There was another reason to go to Sheboygan, however.  As mentioned earlier, Jeannie’s father passed away in early March and her mother had died almost exactly eight years earlier. Since neither had desired a service and both had been cremated, the family felt it would be appropriate to bring some of their ashes back to the place of their youth.

We were joined by Jeannie’s elder sister Jan and her husband Tony, and her younger brother John and his spouse Brian. The siblings scattered ashes in a few appropriate locations.