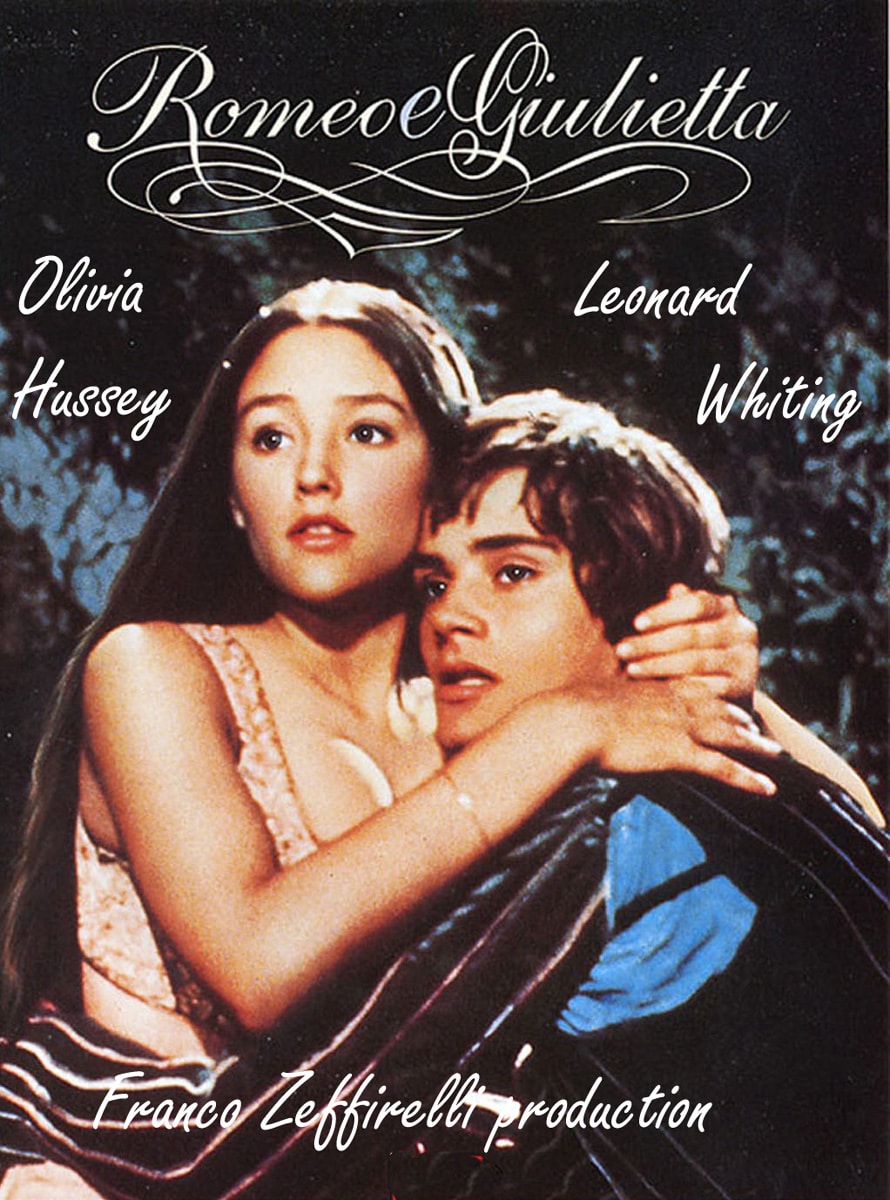 OK, there is an elephant in the room. We have been in Verona for about a month and have pretty much ignored the one thing that the city is internationally known for – Romeo and Juliet.

We didn’t choose Verona as a place to stay because of the connection with the love story that became Shakespeare’s famous play. Nor are we curmudgeonly opposed to a love story that has transcended centuries. We read the play and saw the movie. But as with many great themes and stories, this one too has taken on a life of its own beyond the simple beauty and innocence of the original tale.

Anyone that has followed this blog or known us for any time knows that we are hopeless romantics. That, and curiosity, may be the reasons for our travels. That said, be aware that some dear readers may take offense at my interpretation of the modern reality that has taken over the tale of the star-crossed lovers.

Thus, it is in fair Verona, where we lay our scene … or rather Vicenza. 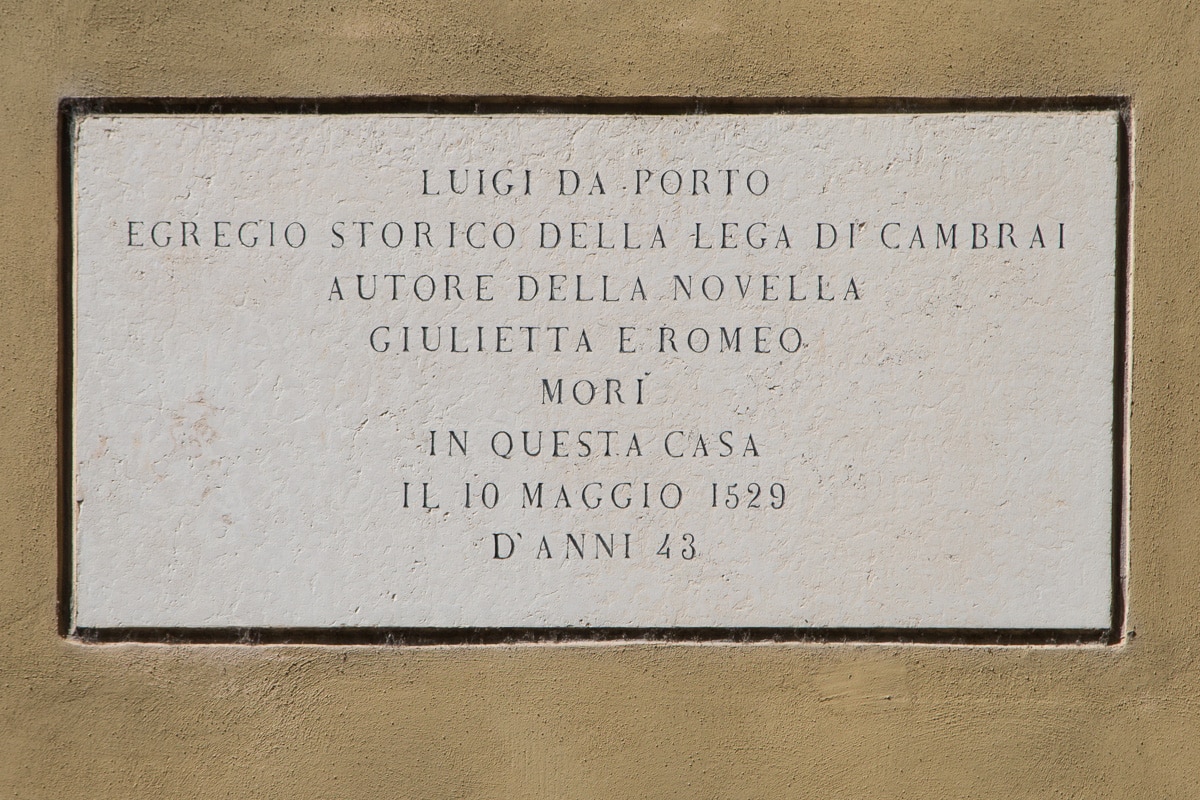 The story of Romeo and Juliet developed from a long tradition of tragic romances. The original written tale, “Historia novellamente ritrovata di due nobili amanti con la loro pietosa morte intervenuta già al tempo di Bartolomeo Della Scala” was actually penned in Vicenza, not far from Verona, by Luigi Da Porto between 1512 and 1524. It is considered the source for Shakespeare’s play, at least by the Vicentini.

Matteo Bandello, was an Italian monk, diplomat, and soldier as well as a writer, who in 1554 was inspired by da Porto’s Romeo and Juliet and created his own version of the tale.

The first English translation of Romeo and Juliet was a poem titled, The Tragicall Historye of Romeus and Juliet, published in 1562 by Arthur Brooke. It was taken from a French translation of Matteo Bandello’s version. It is this version which Shakespeare borrowed heavily from, expanding the plot by developing a number of supporting characters and believed to have been written between 1591 and 1595.

In any case, it is Shakespeare’s play that has withstood the test of time and has inspired lovers, young and old, for centuries. 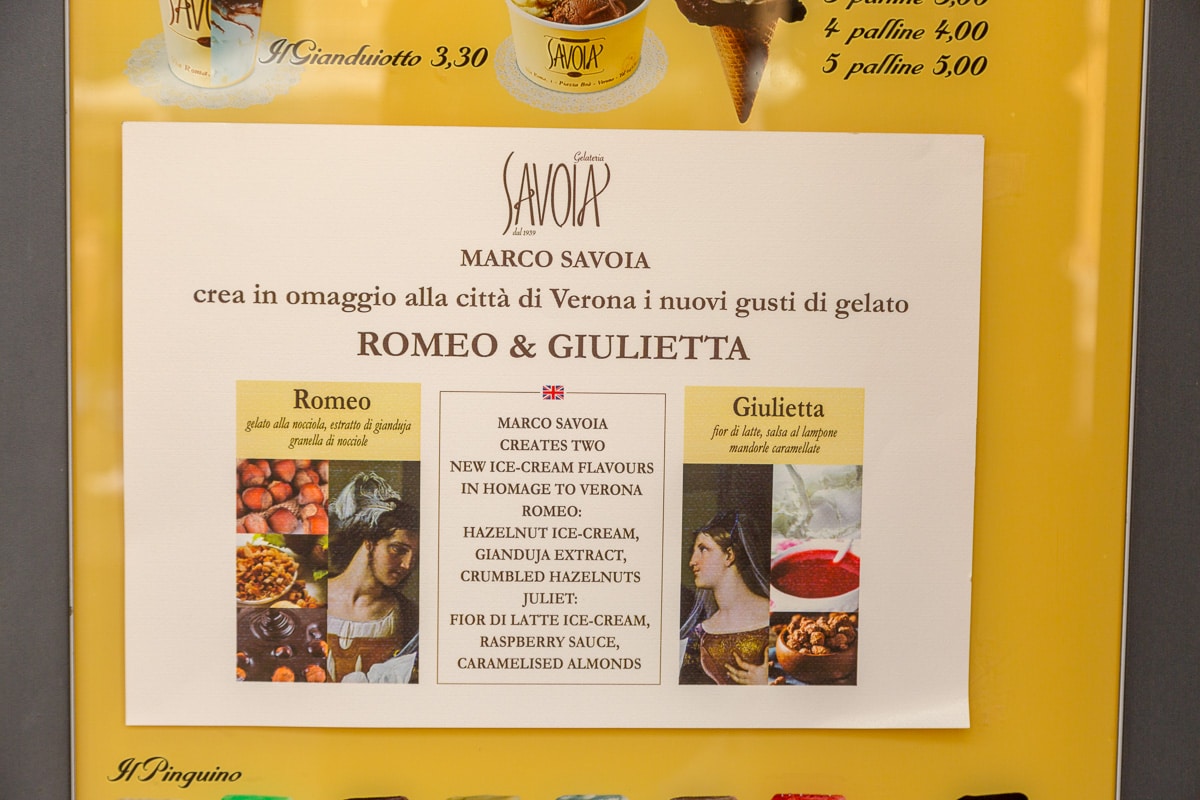 The story has been adapted into prose and verse narratives, drama, opera, orchestral and choral music, ballet, film, television, and painting. The word “Romeo” has become synonymous with “male lover” in English, though maybe not in the same class as Casanova or Don Juan.

It is considered doubtful that Shakespeare ever visited Italy, much less Verona. But that didn’t stop some when there was profit to be made.

The best example of this is Casa di Giulietta or Juliet’s house. And yes, how could we not visit. Fortunately the tiny courtyard and its famous balcony are free, if the crowds are thin, which is rarely. 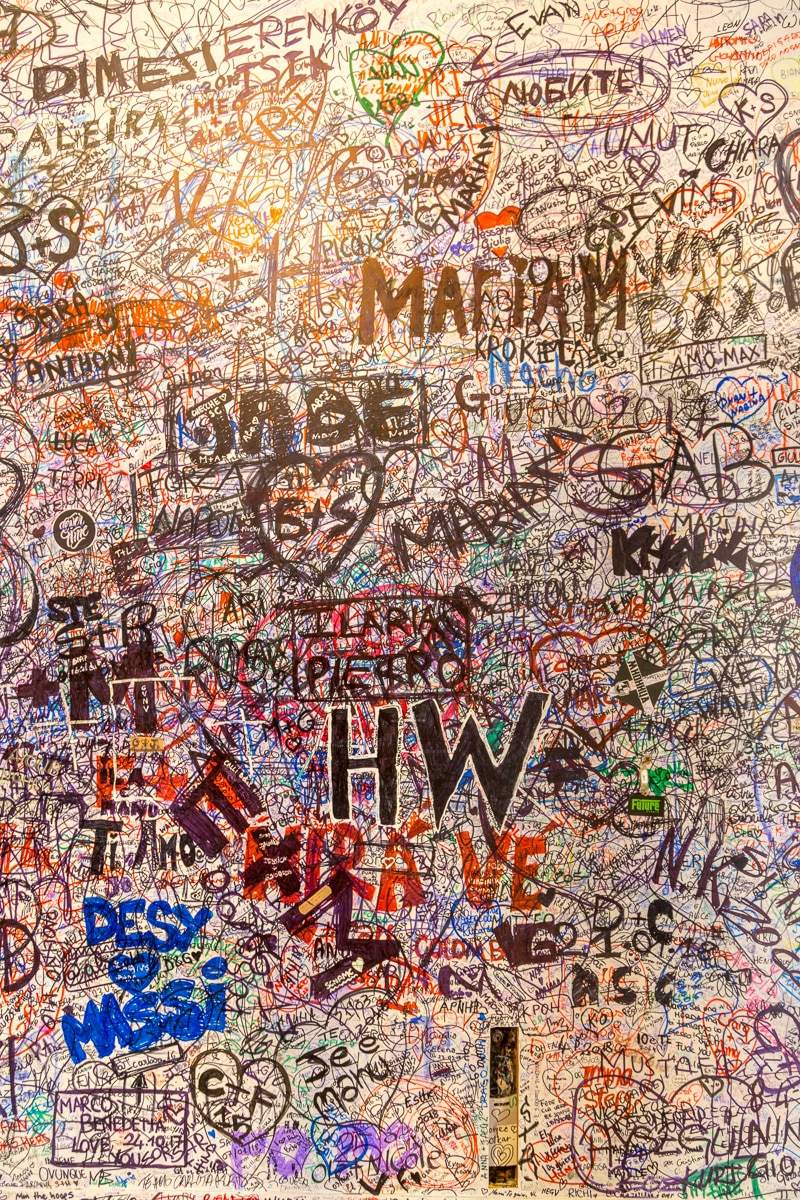 The approach to the narrow passageway is not really marked by signs that you can see amongst the normal business signs. Rather, the thing one notices is the sudden increase in graffiti that covers every surface as you get closer. The messages of undying love are everywhere. There is no square millimeter that is not filled. Decades of permanent marker ink renders the brick and stone surface into a dark, unintelligible, pointillist, abstract canvas. On top of that, there are band-aids that have been plastered over the walls to allow fresh areas for some love struck author to express their endless love. Once inside the passageway it is even worse, then in the courtyard there is, on top of the graffiti, chewing gum stuck to the walls presumably to attach notes to, again to express boundless love until the gum dries and the note falls off and becomes litter. 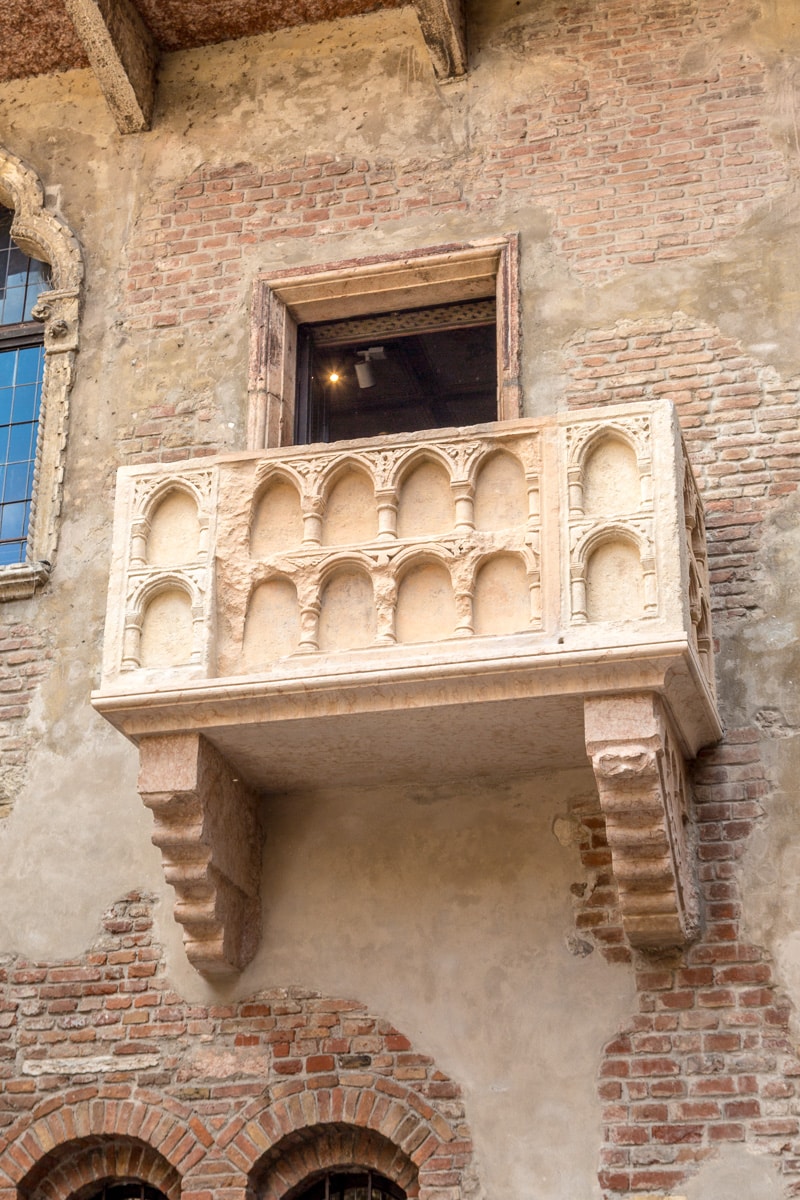 Juliet’s house is, indeed, an authentic 14th C structure. Though the city of Verona bought it from the Cappello family in 1905 because of the similarity of their surname to Juliet’s in the play. The city then declared that it was, in fact, Juliet’s house so it became a famous attraction. Yet keep in mind that Juliet is a fictional character that never lived, much less in this house, which I am told is a wonderful example of a 14th C building.

The famous balcony from which Juliet professed her love to her Romeo was, in reality, added during a restoration project in the 1930s from a 17th century sarcophagus. No matter, a balcony was needed.

There is also statue of Juliet in the courtyard of the house and it is said that if you touch the right breast, it will bring you luck in finding your own true love. Though, supposedly Juliet was about 13-years-old making this tradition a bit creepy. 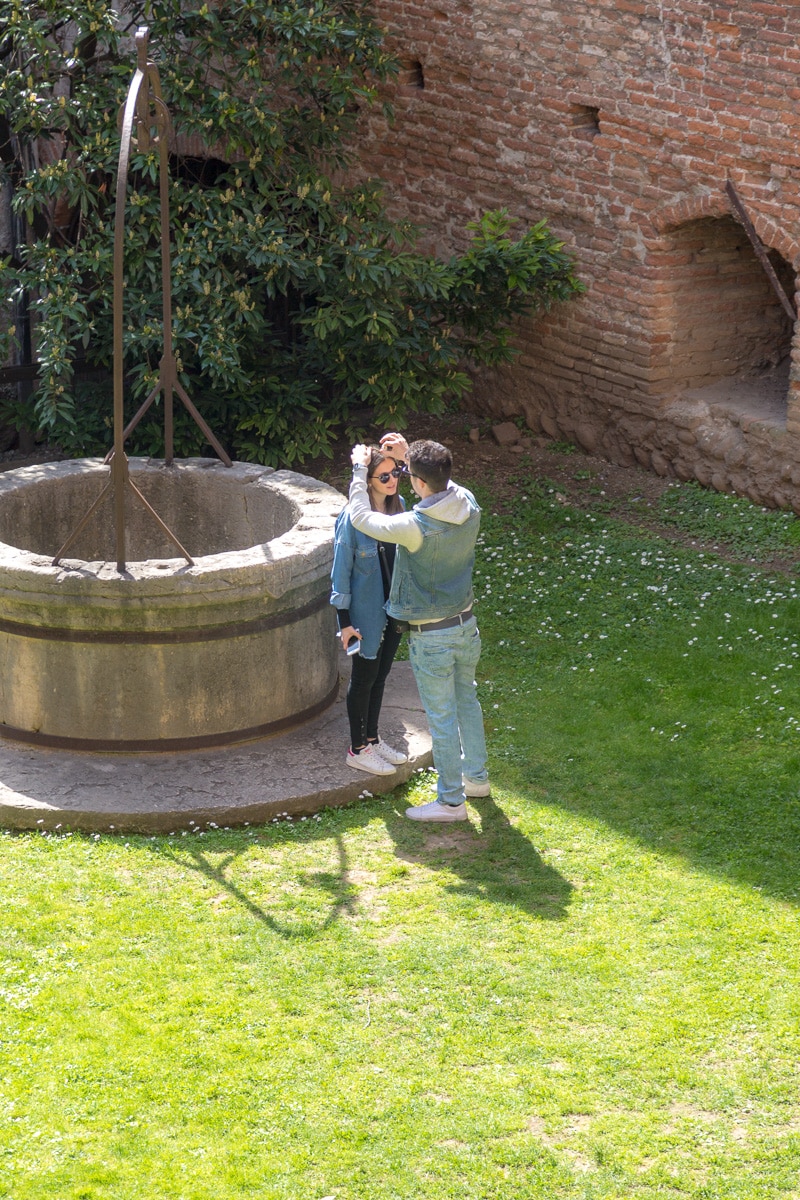 In addition to Juliet’s house, there many businesses that call themselves or their products Romeo e Giulietta or Romeo and Juliet.

But although most everything about the modern setting is fiction, the emotions that draw people to it are real. Still, we found that throughout Verona there are many quiet courtyards and corners that are far more romantic than this manufactured place. And we continue seeking them out.

Juliet asked, “By whose direction found’st thou out this place?”, and Romeo responds “By love … ”.