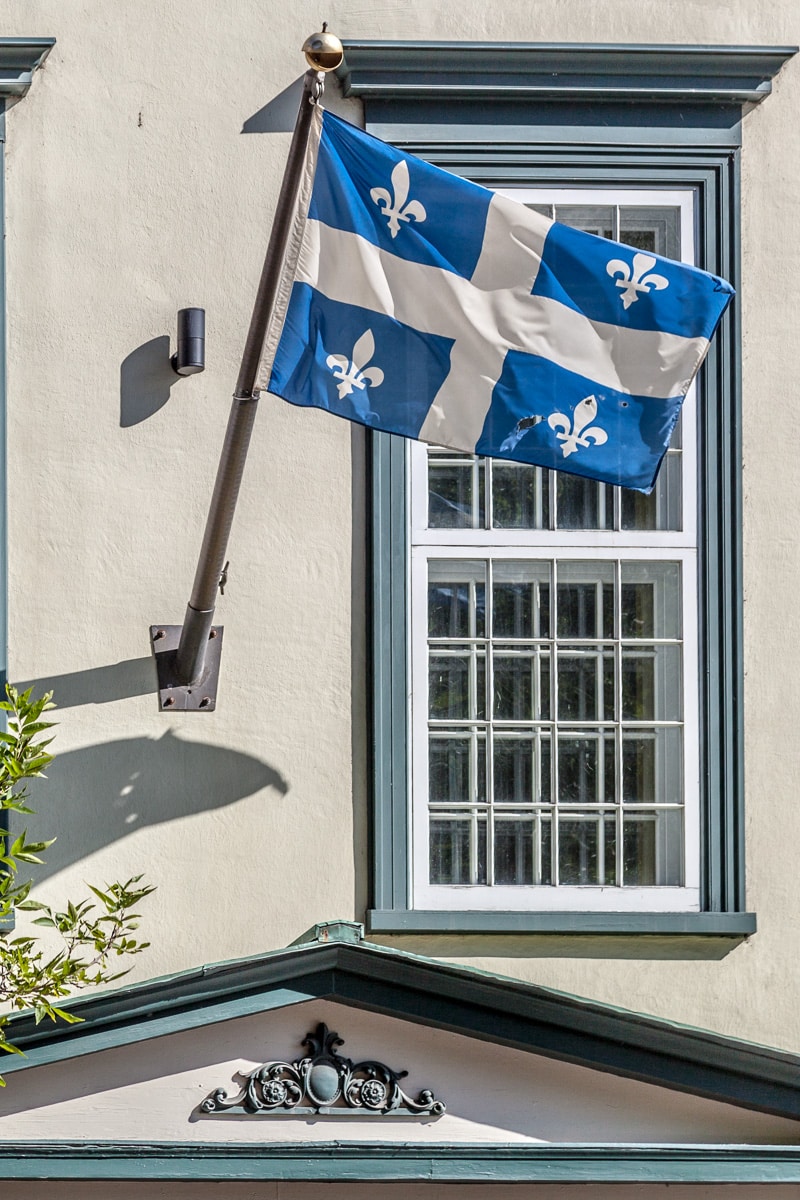 is the capital city of the Canadian province of Québec. Located at a commanding position on cliffs overlooking the St. Lawrence river, it is where Samuel de Champlain established the first French foothold in the New World in 1608. It is one of the oldest cities in North America.

We began by taking the metro to the train station in Montreal where we boarded the train and had a pleasant 3+ hour ride through the green forests and farmlands of the province of Québec. 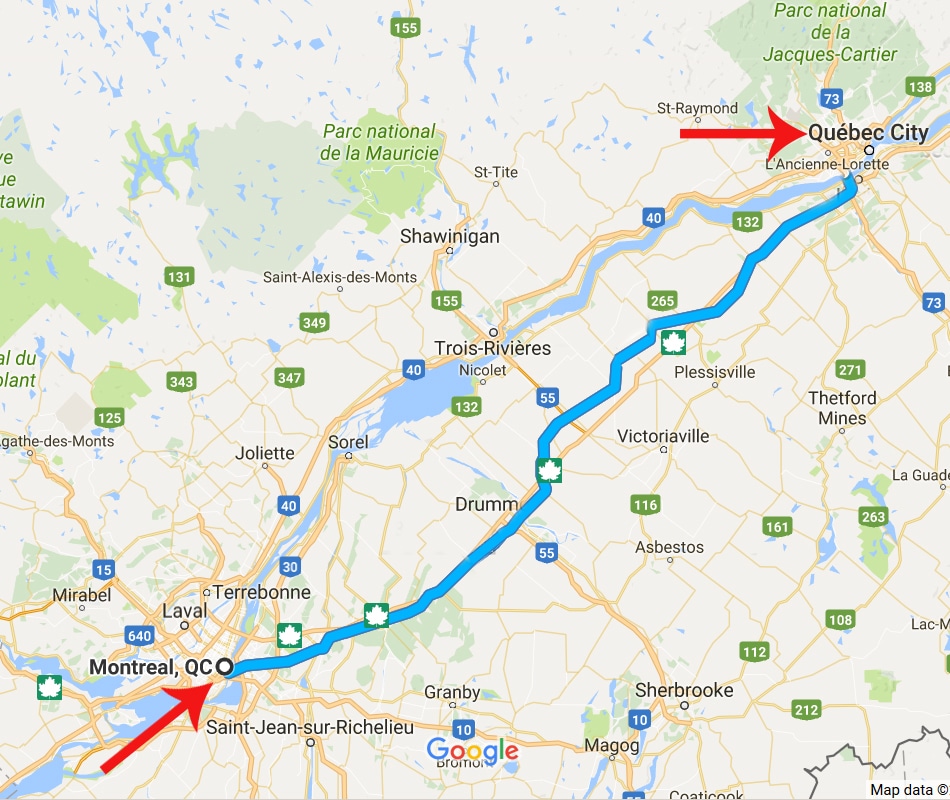 On our arrival at the Gare du Palis, built in 1915 by the Canadian Pacific Railway, we gathered our backpacks and camera gear and, after consulting a map, made our way to our hotel.  Since the room wasn’t yet ready, we left our backpacks with the hotel, and took off exploring. 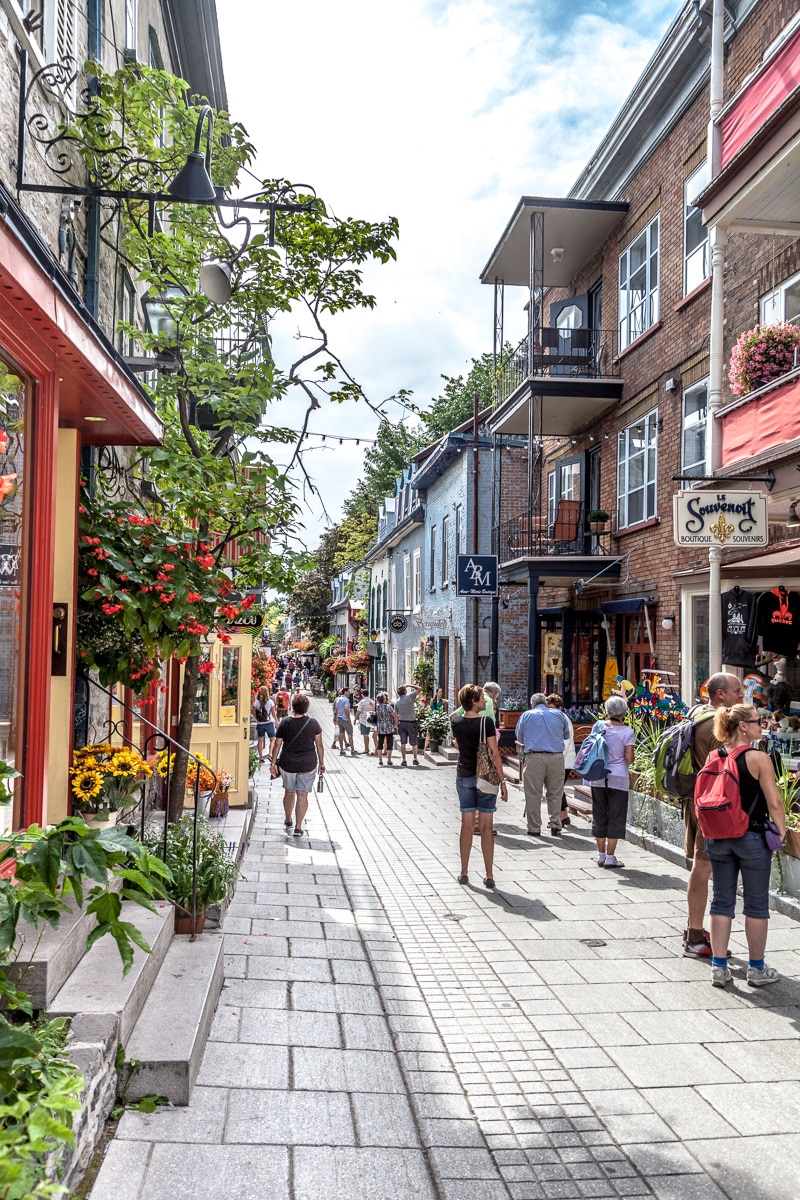 Québec City’s Old Town is an old-world style gem with narrow cobblestone streets and 17th- and 18th-century architecture. The middle-class and bourgeoise upper town was built on the high bluffs of the Cap Diamant (Cape Diamond) promontory, while the working class lower town was located on the eastern foot of the plateau. Boasting the only fortified city walls remaining in the Americas north of Mexico, Québec City has as much history and culture to rival many of its European cousins. 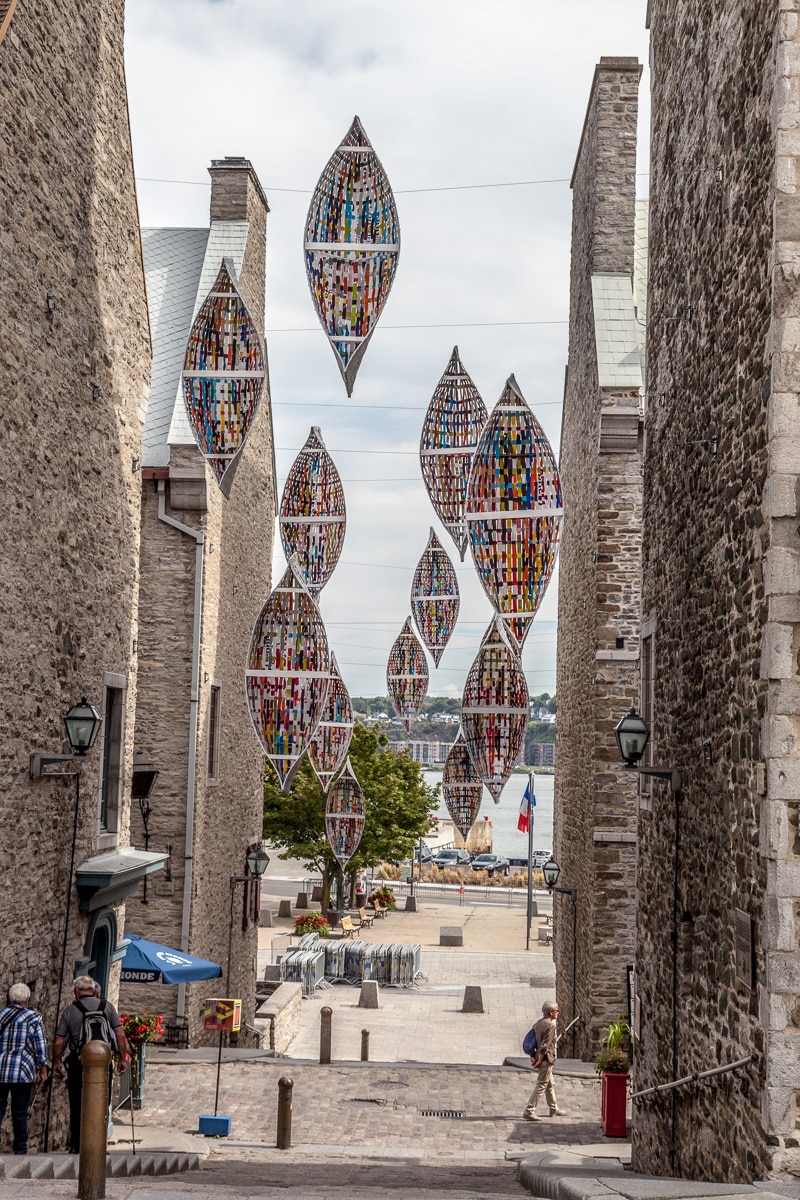 For the next full day and two nights we wandered Vieux-Québec (old Québec) both on our own and on a walking tour that provided interesting insight into this capital of the Province of Québec.

From the top of the Escalier Casse-Cou (Breakneck Steps) in the upper town down to the lower town, over to the neighborhoods of Saint-Roch, Saint-Jean-Baptiste, and Cap-Blanc, we found the city to be easily walkable. Though the number of tourists seemed quite high, it was easy to get away when we felt the need. 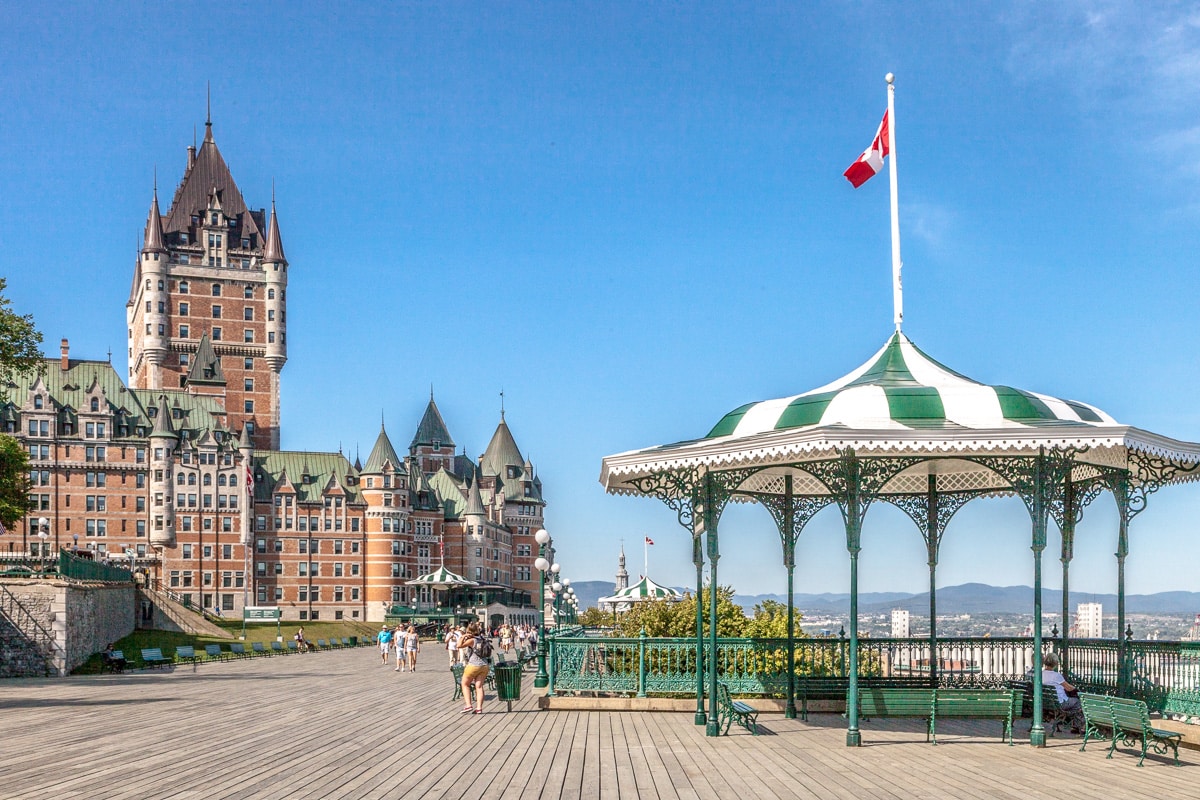 The Promenade des Gouverneurs or Governors Promenade is a boardwalk connecting the Plains of Abraham Park to the Terrasse Dufferin  (Dufferin Terrace) near to the famous Chateau Frontenac hotel, the Funicular, and the Breakneck Stairs that connects Upper Town to Lower Town. The elevated promenade provides a beautiful view over the St. Lawrence River. 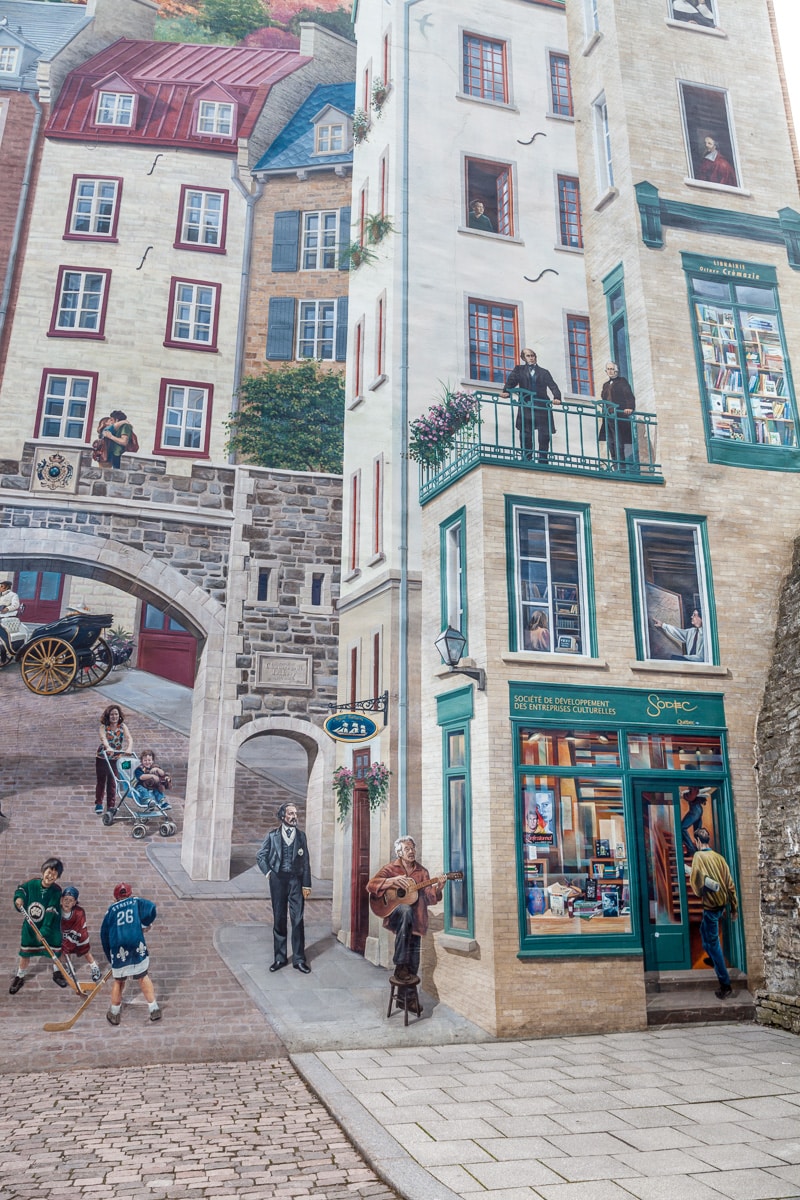 Québec City also has many beautiful murals, outdoor art installations and sculptures throughout the city. And while the weather was nice we stayed outside as much as possible, but on the final morning, we awoke to the sound of rain. Since our return train didn’t depart until 2:00, we had breakfast and stored our backpacks at the hotel and made our way, between showers, to the Musées de la Civilisation. 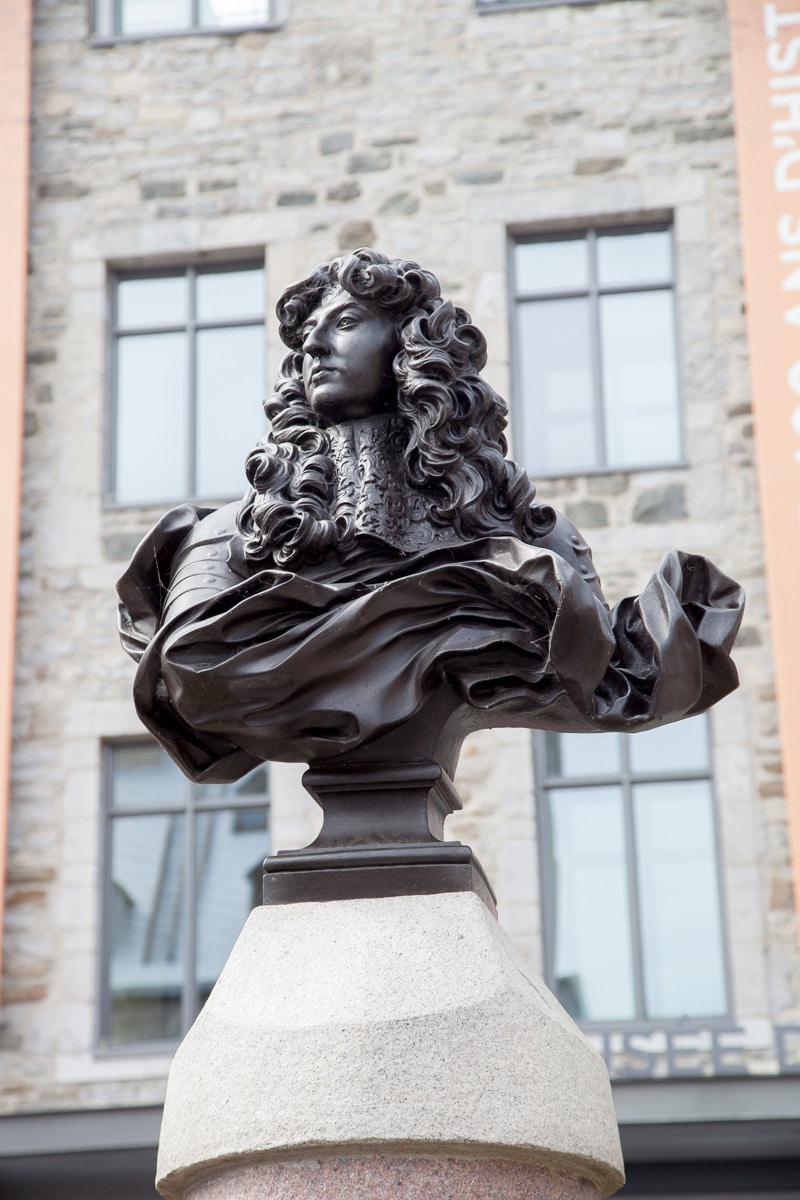 Situated in a structure that incorporates pre-existing buildings and new modern architecture, the museum contains extensive permanent as well as temporary exhibits. The one titled ‘People of Québec: Then and Now,’ was very informative and included many clever interactive elements. It was a good place to be on a rainy day.