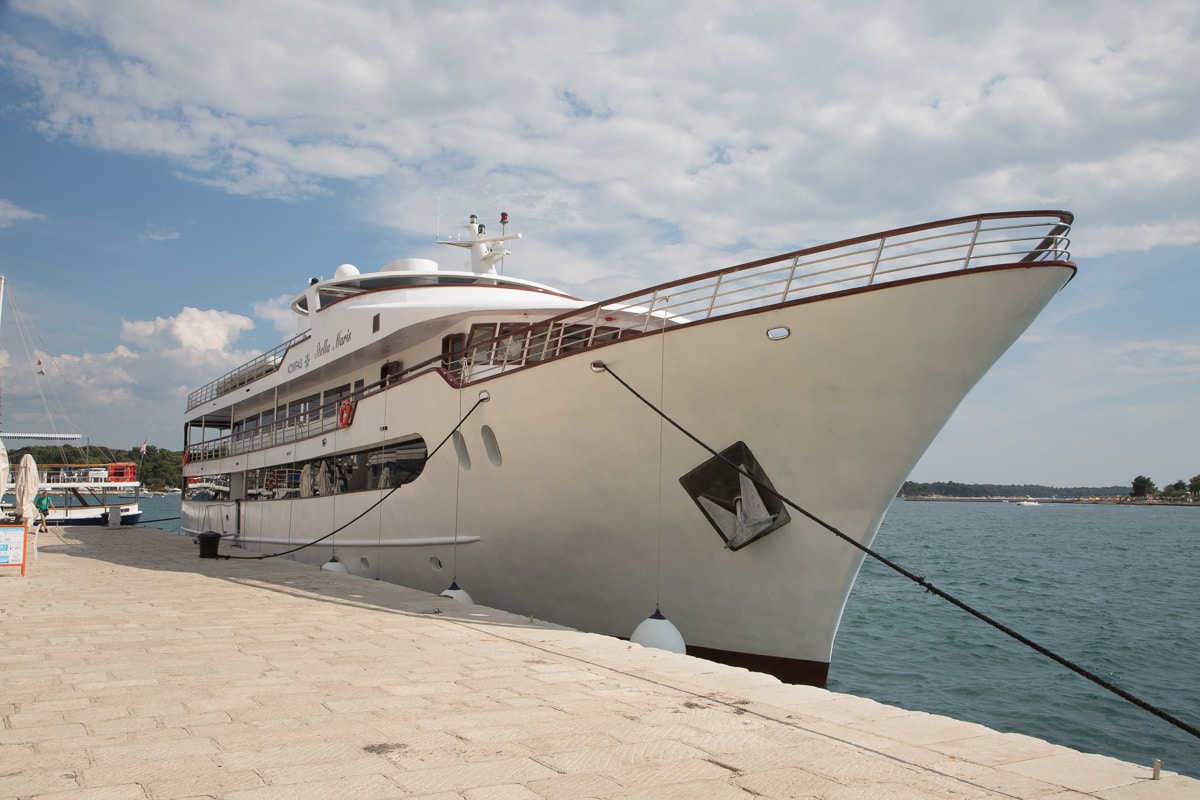 Saturday, 16 June – On our arrival in Poreč, Croatia, our transport van wound its way down to the dock and we were let off near our ship, the MS Stella Maris. We rolled our bags to the gangway where a young crewman transferred them to the ship. After a brief check-in, we were given our cabin number and were escorted to cabin #4 and our luggage was brought in shortly.  We had a few hours before dinner, so we left the ship to explore the town. 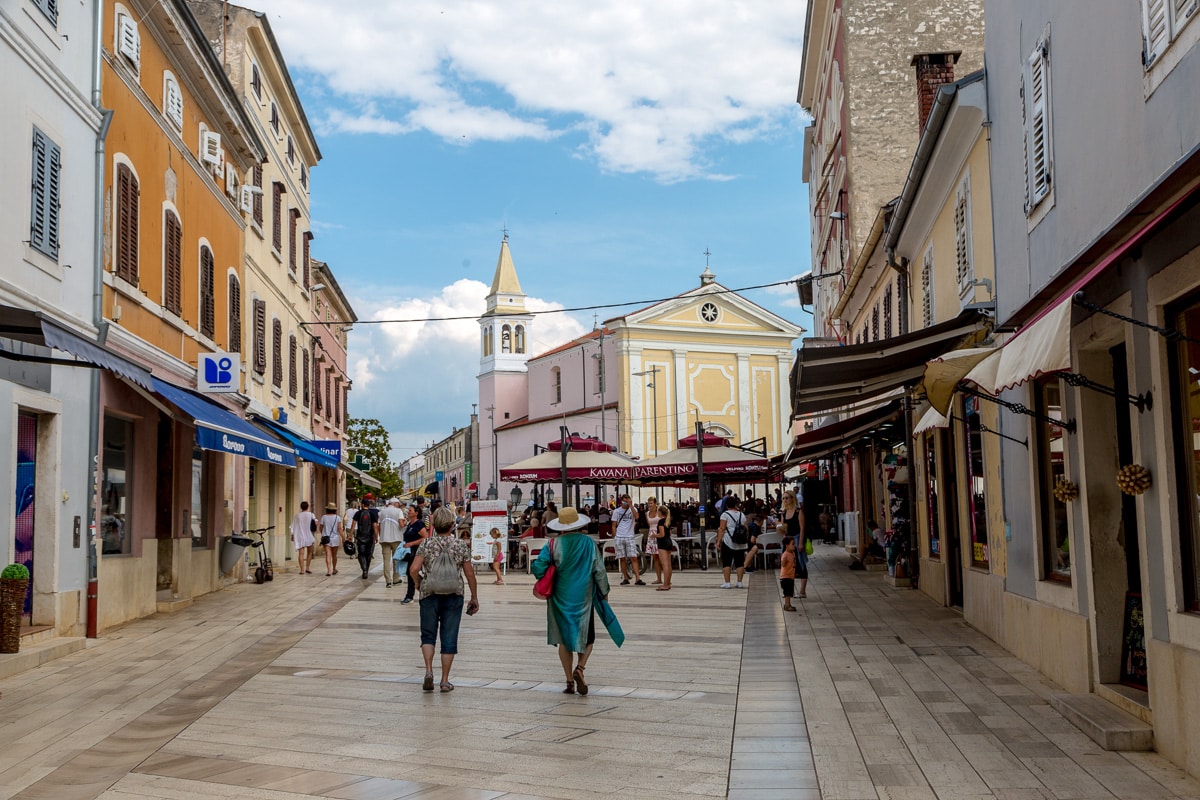 The town is situated on a peninsula so we walked along the waterfront and then wove our way through the narrow streets admiring the architecture. Having adequately stretched our legs we returned to the ship to unpack, settle in, and clean up for dinner as more of our fellow passengers were boarding. 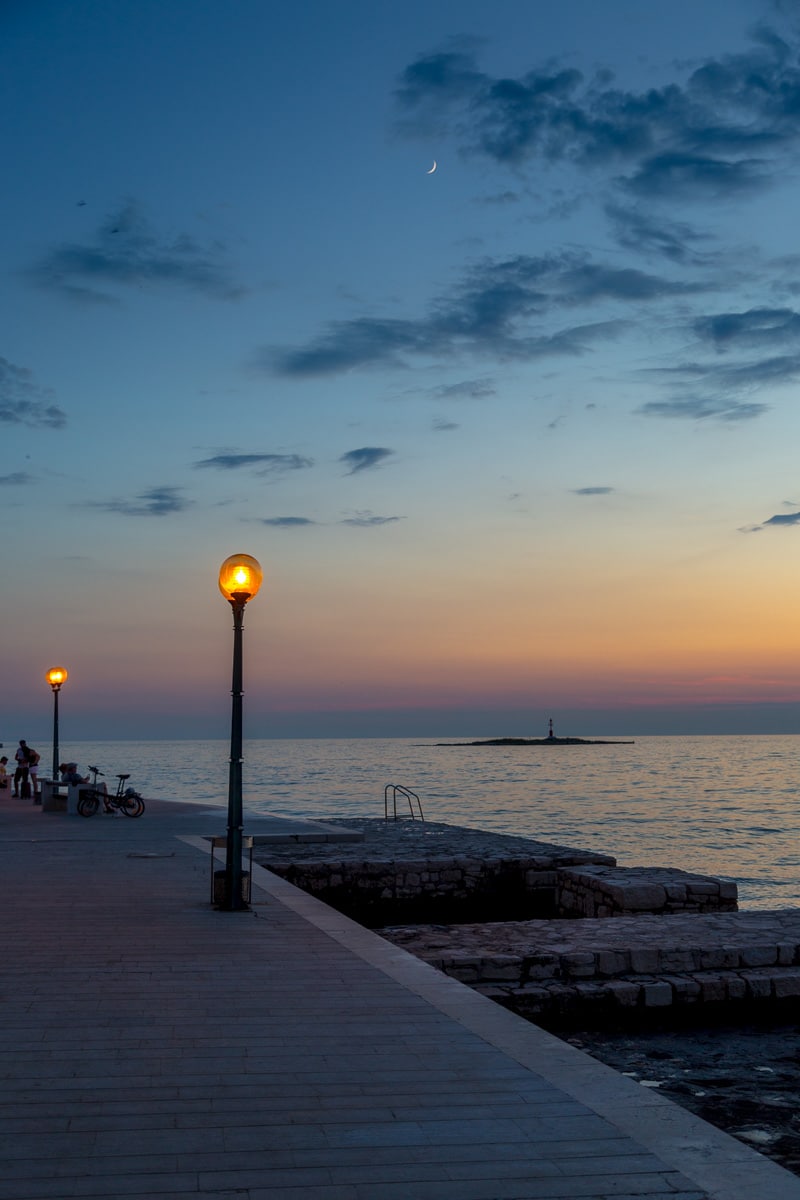 Cleaned and dressed, we went to the aft sitting deck just outside the bar. After ordering a glass of wine, we met the first of our traveling companions on this trip, Denise and Rob from Christchurch New Zealand. And so it began. This voyage would be filled with many more new friendships, great conversation, delicious food, fabulous weather, and beautiful, exotic destinations.

The ship would not sail until the next morning, and as we were mingling with our other travelers we were greeted by our cruise director Maja who showed us into the dining room. There she covered all the basics of the ship, our itinerary and introduced the crew. 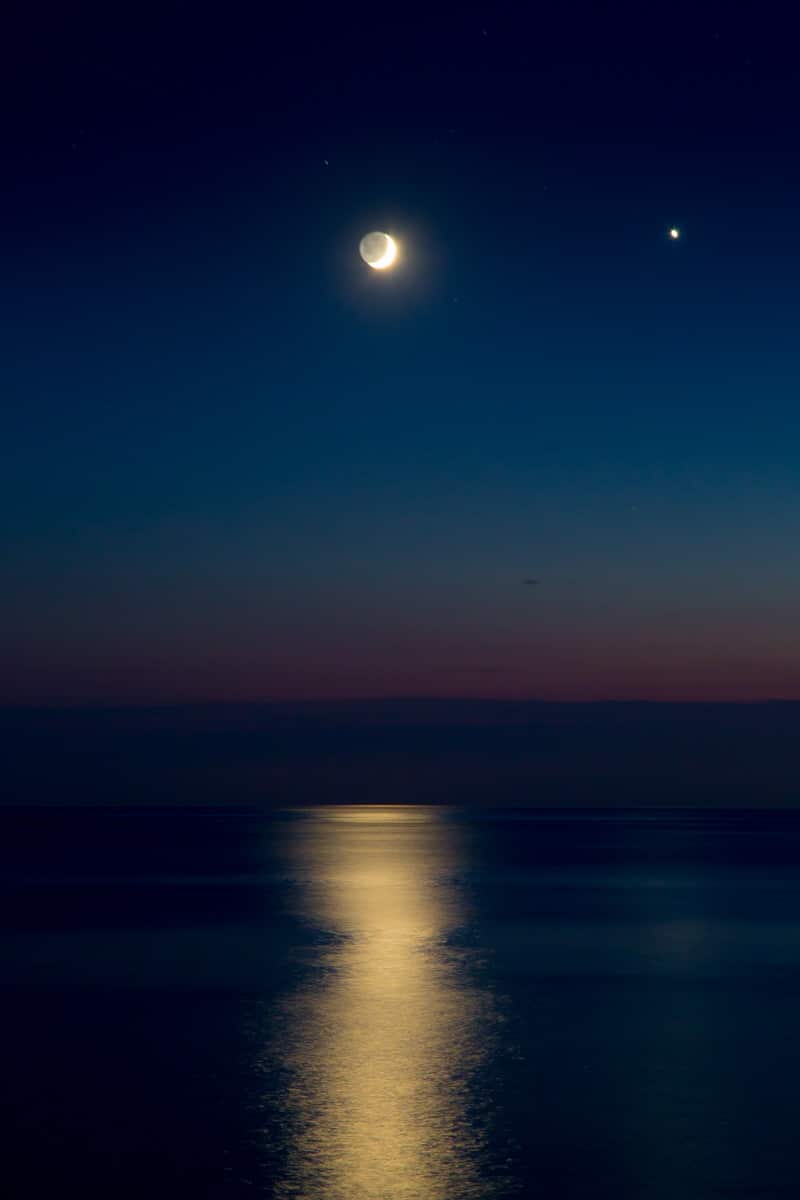 We were all seated around the six large, round tables in the dining room, and as we waited for our first meal together the conversation flowed. There were no seating assignments, and many of us changed tables over the course of the voyage. The multi-course meal was creative and delicious, and was served with skill and pride, as was the case over the entire voyage.

After a great meal and still more conversation we retired to our cabin and turned in. 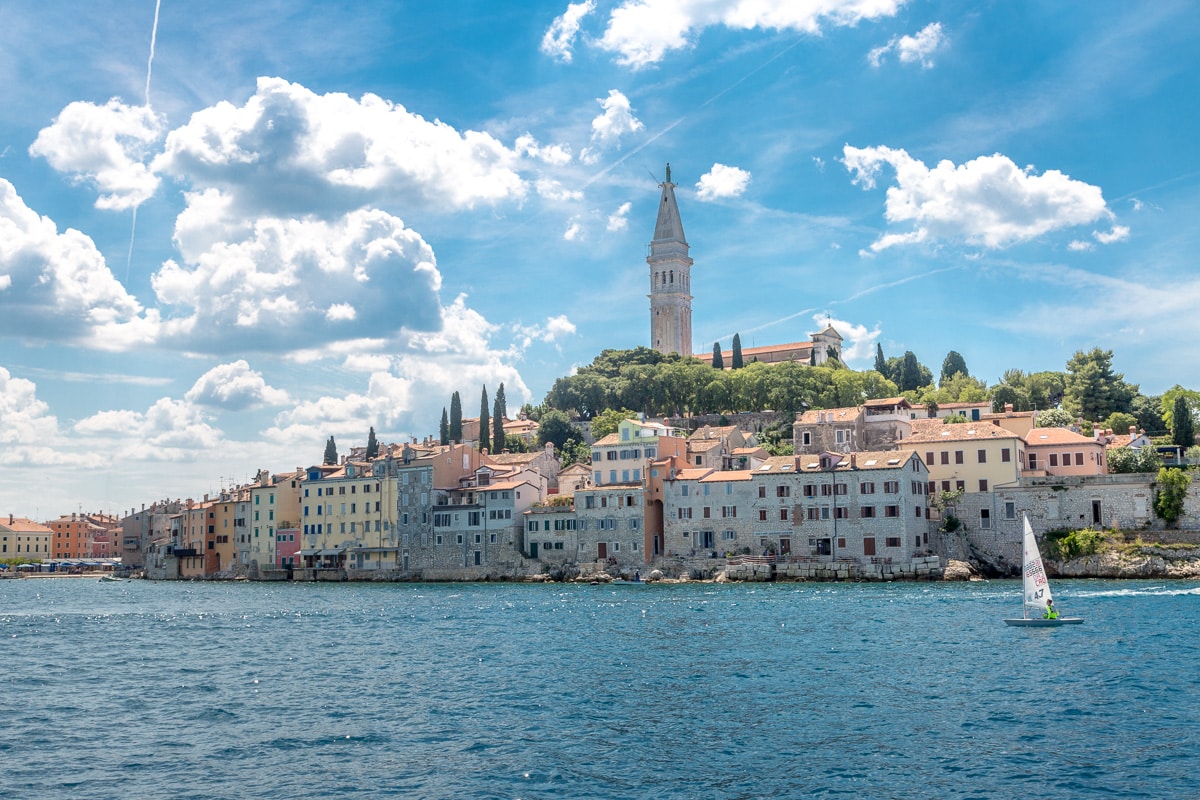 That first night we slept well. The slight movement of the ship at the dock rocked us gently to sleep. After breakfast, it was a short cruise south to Rovinj, Croatia, where we had time to wander this charming, small town.  The old town is situated on a hilly peninsula with the tower of St. Euphemia Church marking its highest point. It was a very busy picturesque place with colorful buildings rising from the sea and steep pedestrian streets full of art galleries, cafes and restaurants. 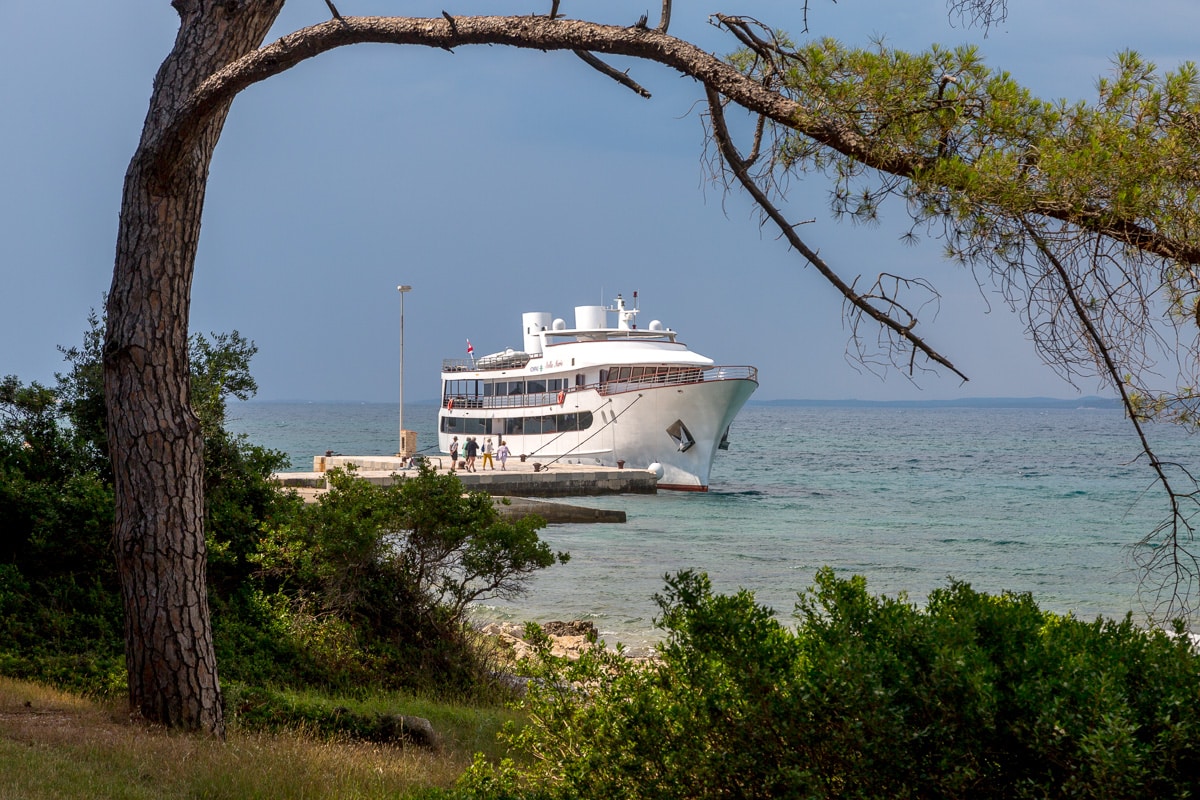 From Rovinj we sailed to Brunji National Park where we made a brief stop at Veliki Brijun Island, the largest of a group of fourteen small islands that have been occupied since prehistoric times, with the earliest traces of settlements going back to 3000 BCE. After the fall of the Roman Empire, the islands were ruled by various groups before becoming part of the Venetian Empire in 1331, and then, skipping forward in time a bit, became a part of the Austro-Hungarian Empire in 1815.

In the late 19th century the islands were purchased by an industrialist and turned into a ritzy resort.  After World War I in 1918, Yugoslavia came into existence under the name of the Kingdom of Serbs, Croats and Slovenes, then the official name of the state was changed to Kingdom of Yugoslavia in 1929. 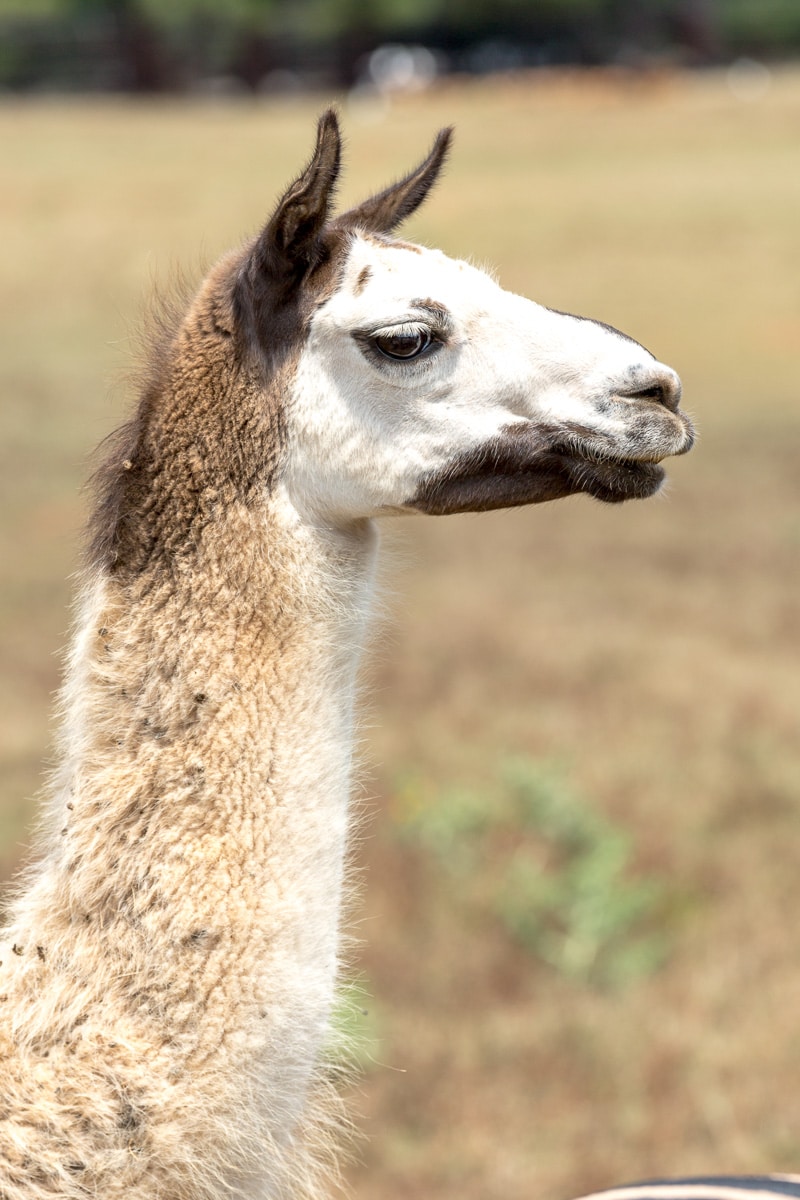 After WWII, the Brijuni islands became the summer residence of Marshal Tito, the Yugoslav statesman who became president of Yugoslavia in 1953. He led the rebuilding of a Yugoslavia that had been devastated in World War II until his death in 1980. Yugoslavia was a socialist state, but it did not side with either of the superpowers. Instead, it maintained its role as an independent socialist state. When Tito was in residence during the summer, high-profile celebrities and politicians were invited to come visit, and many brought exotic animals as gifts that were then housed in what is now a zoo with some of his animals still roaming about. It was an interesting stop with many ruins dating back centuries as well as modern historical interests.

We enjoyed a brief swim in the crystal-clear waters, had lunch and then sailed on to Pula where we would tie up for the night. 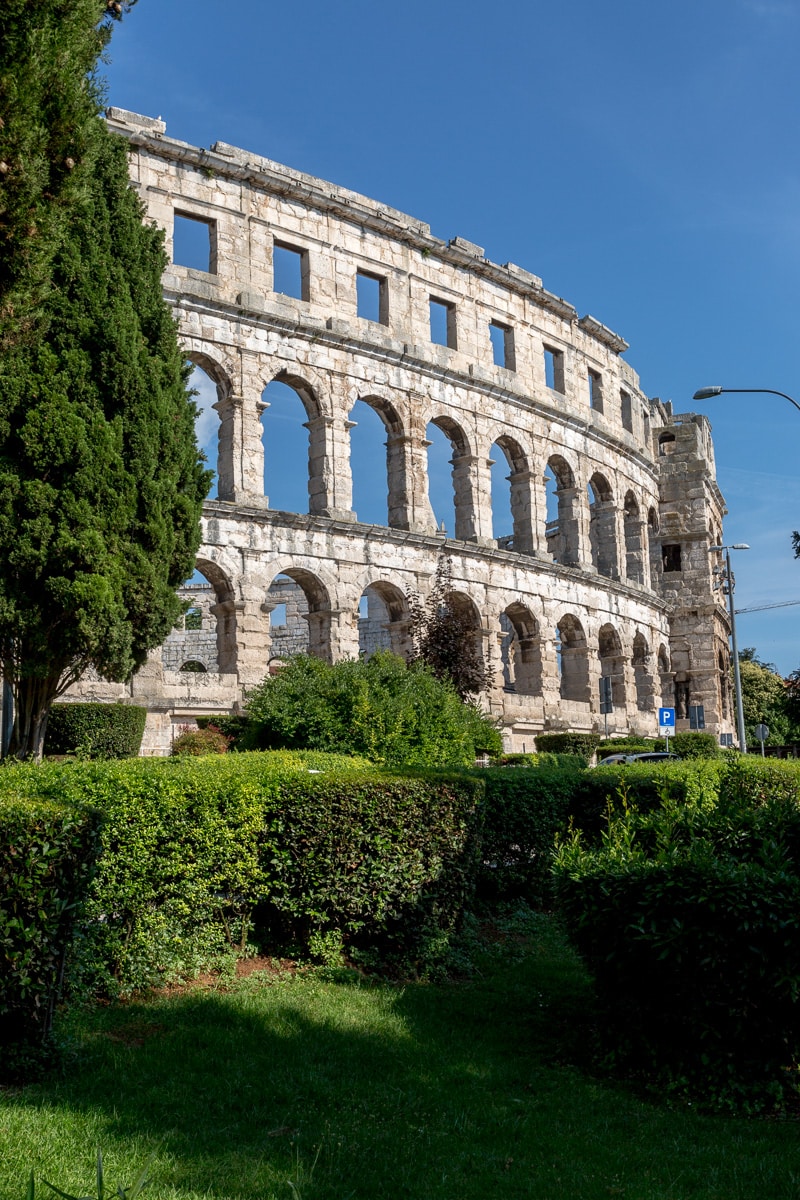 Pula is well known as a tourist destination, but it is more than that as it also has a significant shipbuilding industry that, due to its location, dates back centuries.

The area has been inhabited since before the early Paleolithic era (c, 40,000 years ago), and there are many discoveries from neolithic times (6000-2000 b.c.), best documented through remains of pottery from that period.

The town center is strewn with Roman ruins and edifices, but the most impressive was the Roman amphitheater, known locally as the Pula Arena. Constructed in 27 BCE – 68 CE, it is among the six largest surviving Roman arenas in the world. With space for 23,000 spectators, it is 132m by 105m (434 by 345 ft) and its walls stand 33 m (107 ft) high. Originally part of the circuit of the gladiators, today it serves as a venue for many concerts and performances. 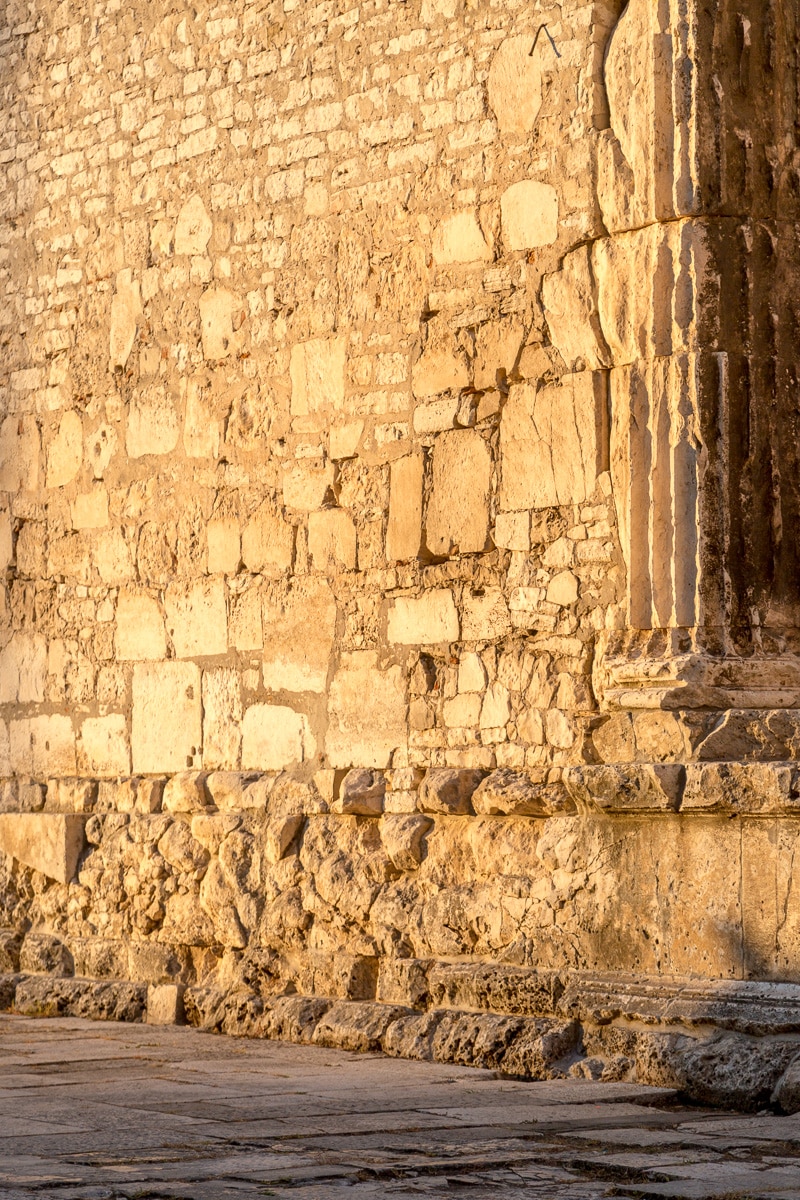 Our tour took us past many other Roman monuments ancient walls, gates and monumental arches.

Dinner was on our own. The local tour guide recommended a restaurant and while most of our comrades went there, we went looking for a more local spot. After a bit of wandering, we settled for a small seafood cafe where I had mixed fried fish, and Jeannie had fried shrimp. Good and cheap we had seats outside where we could enjoy the parade of locals and tourists. 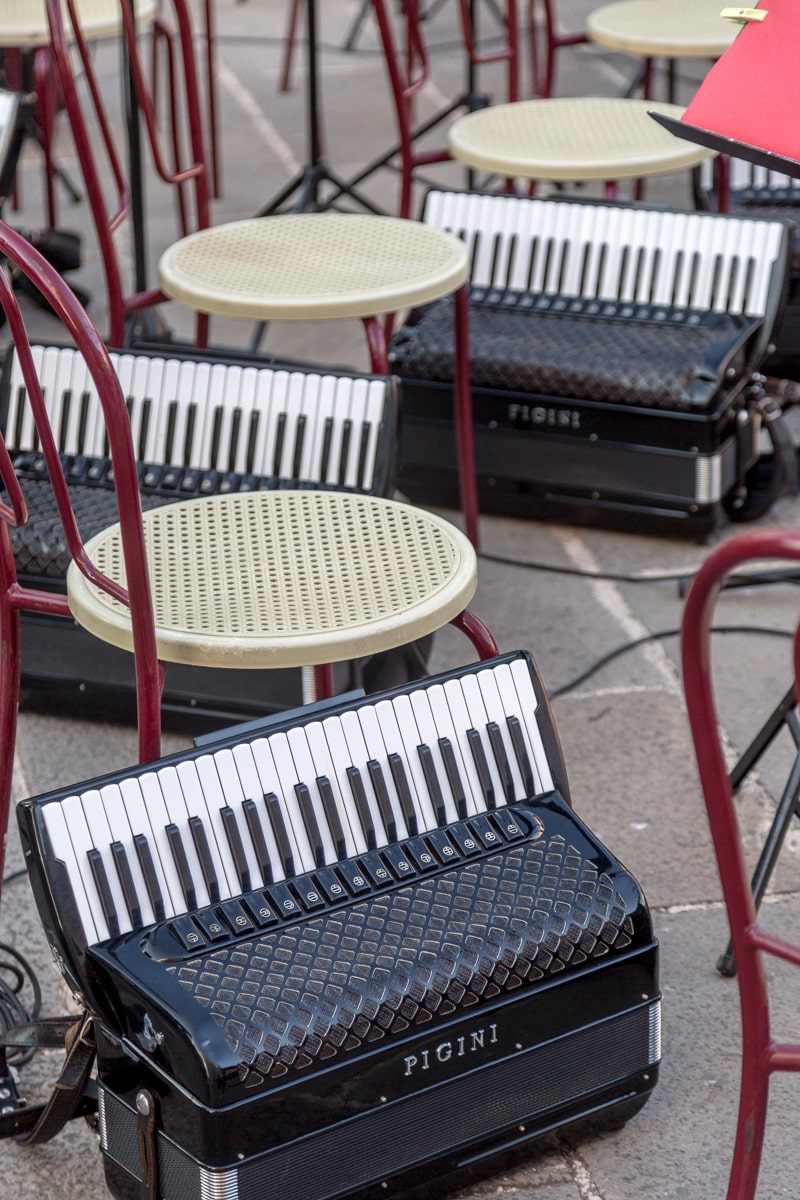 In town square they were setting up for some kind of an event in front of and on the steps of the well preserved Temple of Augustus built between 27 BCE and 14 CE. We found a place to sit and enjoyed a couple of hours bring entertained by the local talent. There were a variety of acts including folk dances, baton twirlers, several singing groups, and an accordion orchestra (playing music from the Star Wars films). Delightful.

As the summer sun finally began setting we made our way back to the ship for a digestif and a good night’s rest, for tomorrow this adventure continues.