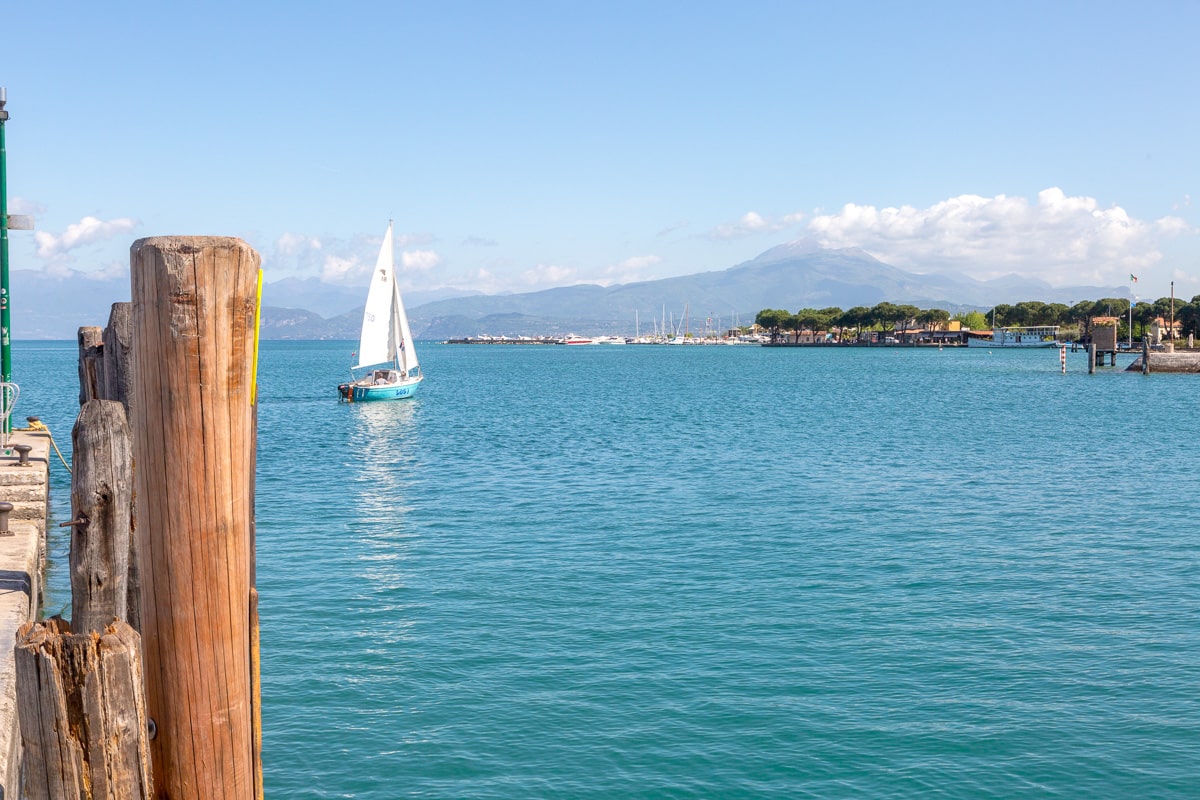 The train we took to Pescheira del Garda (Pes-kee-EH-ra del Garda) left Verona on schedule, it was only a 15-20 minute trip; and the ferry from Peschiera to Sirmione apparently left on time as well, but we weren’t on it. There were just some scheduling misunderstandings on our part, so we spent the day in Peschiera, and had a much better day than we had expected.

Pescheira del Garda is a very small and picturesque town situated on the south-western end of Lake Garda, the largest lake in Italy. Its importance as a trading town was due to being at the mouth of the River Mincio out of the lake and ultimately to the Adriatic. 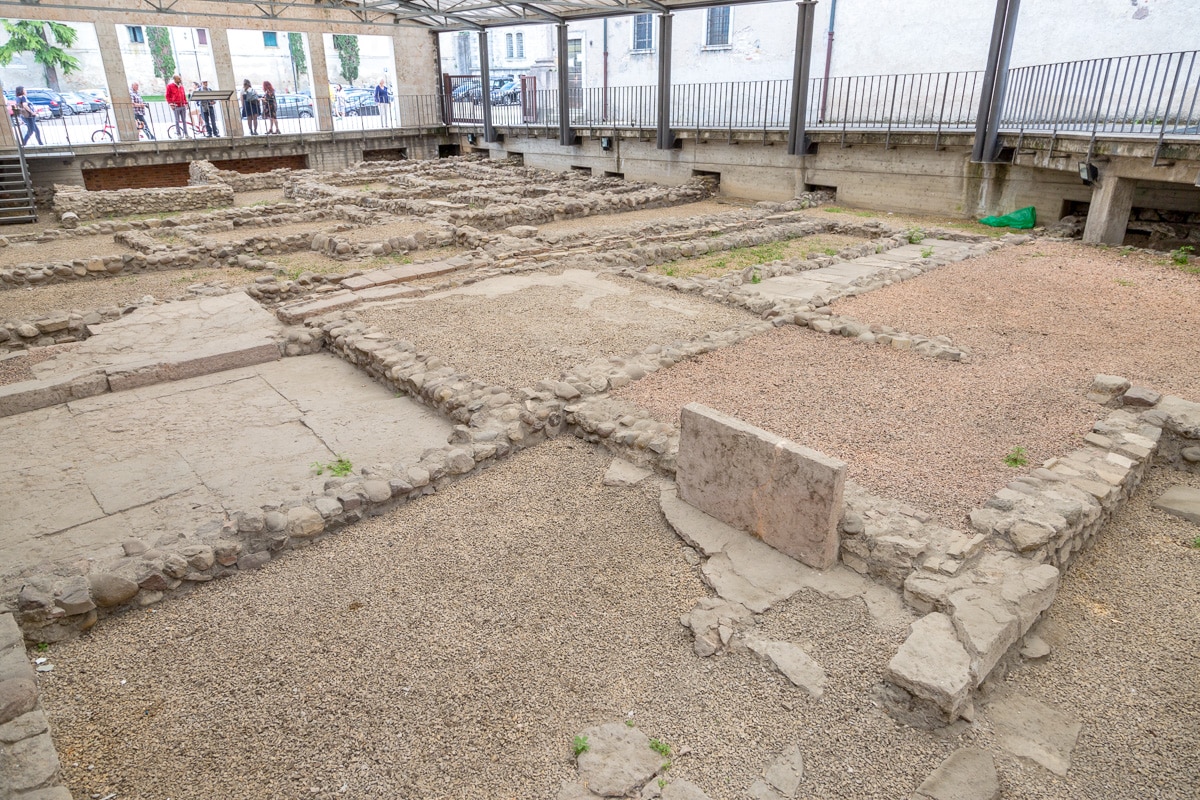 Though the town actually dates from around 1400-1200 B.C. it likely contained a Bronze Age community long before then. Interestingly, it wasn’t 1974 that the remains of a Roman settlement were discovered and put on display in the town.

The old town center lies in the middle of a massive pentagon-shaped fortress completely surrounded by water. The walls and moats were built by the Scalgieri family of Verona back in the 16th century. 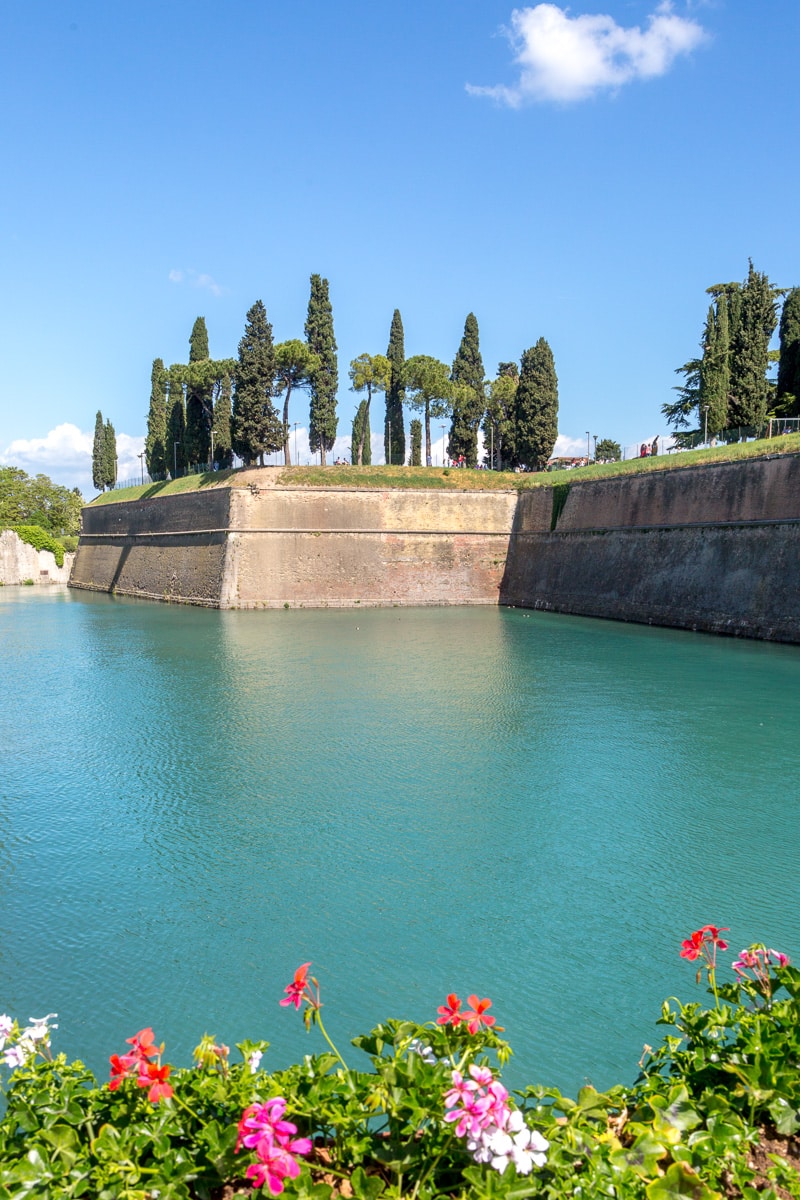 The fortress played an important role in most of the military campaigns conducted in northern Italy over the centuries, and improvements and additional structures were added by the Venetians, Austrians and Italians.

After arriving we stopped at a busy cafe before walking through the weekly market. We were on our way to the promenade along Lungolongo Mazzini. The air was quite cool as we strolled along the tree-lined walkway next to the lake. We wandered for several miles admiring the crystal clear waters, bird-life, the spectacular still-snowcapped mountains in the distance, and the other people doing the same before returning to town. 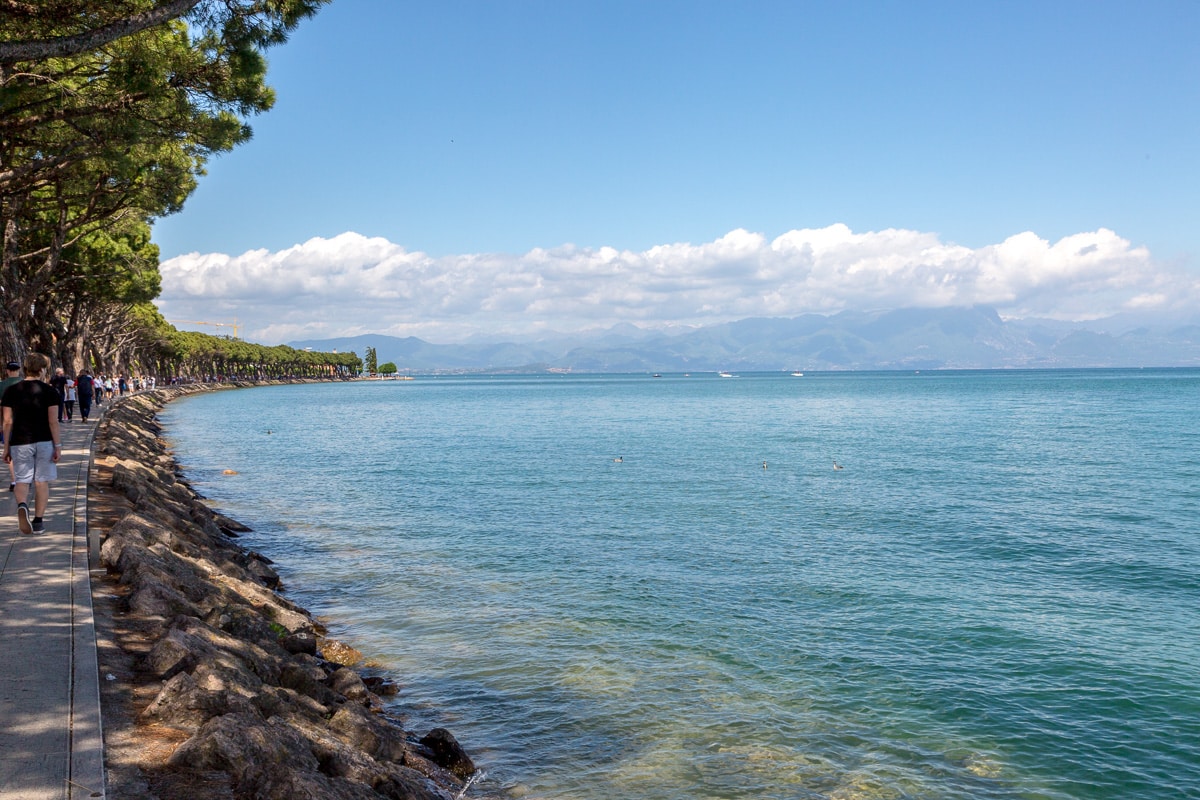 It was lunchtime when we stumbled upon a wonderful, cozy, little restaurant for a delicious meal. Tucked to the side of the busy establishment we were again able to be entertained by the comings and goings of clientele and wait-staff as we took our time enjoying our food.

After lunch, we wandered a bit through the old town, and by one of the canals was the departure point for a boat tour around the fortress. It provided an interesting prospective of the exterior of this fortified city.

After the boat tour, we wandered a bit more before making our way back to the train station for the return home. It had been a most interesting and delightful day, a testament to serendipity and making the best of whatever happens. Besides, there will be a tomorrow.