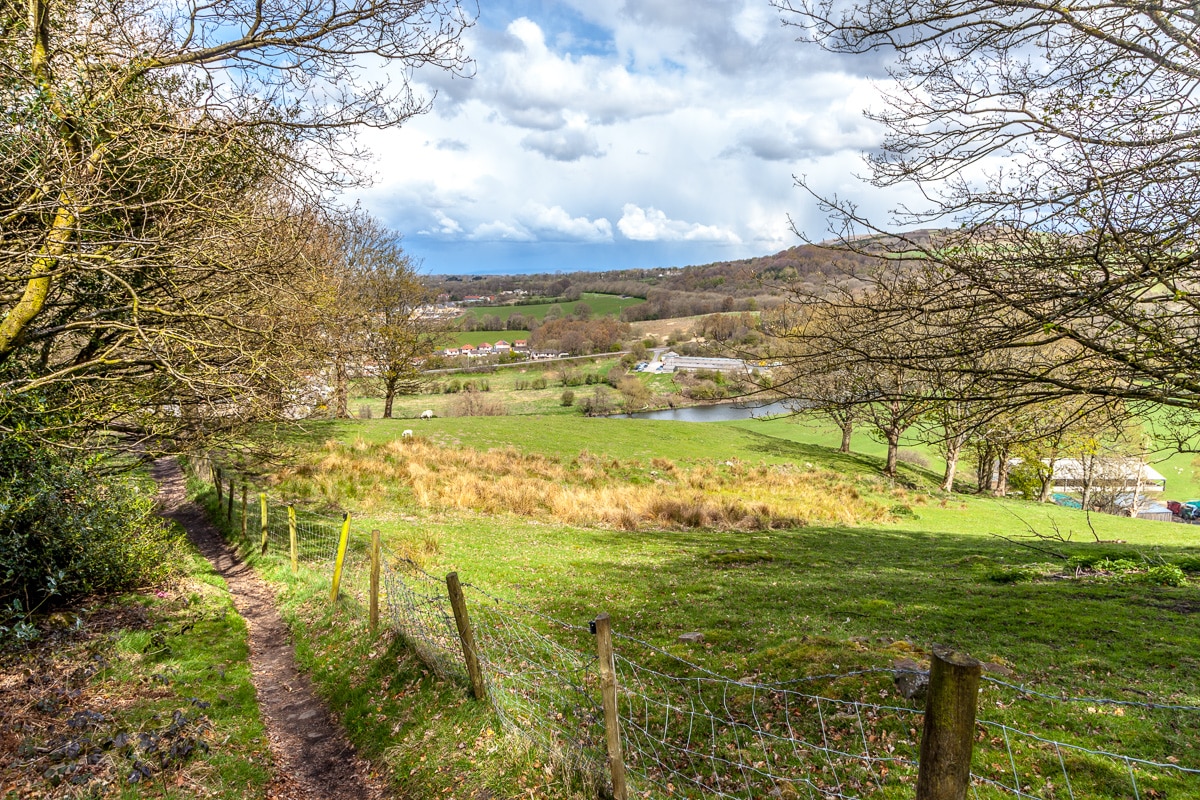 In spite of the fact that we were in a small village, mostly without a car, there really was lots to do. Of course there was the walking, lots of walking, whether between Waddington and Clitheroe, or through farmlands to small villages.

We joined in on a couple of walks with the delightful Clitheroe Ramblers walking club. The first was to Whalley where we climbed some big hills with some beautiful views, and were out when a rather strong storm dropped a good deal of sleet on us. Fortunately we were properly dressed and the entire outing was a fun experience and we met a number of delightful people. 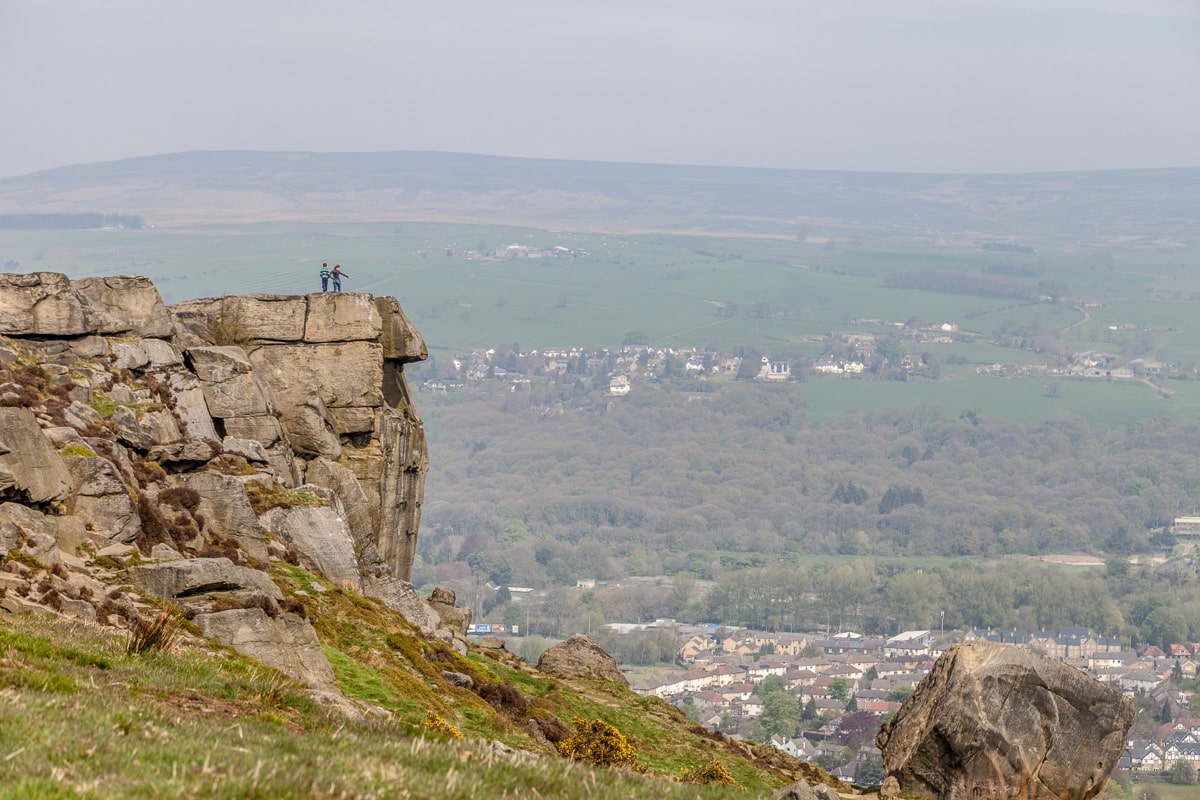 The second walk with the Ramblers was up and over the barren heather moors near Ilkley in West Yorkshire. Rocks and low-growing vegetation are about all that you can see on the top of this long ridge of millstone grit.

But if you know where to look, and the Ramblers did, there is a Bronze Age stone ring close to the crossing of two ancient routes across the moor. Known as The Twelve Apostles, the twelve stone slabs are arranged in a circle approximately 15m (50ft) in diameter and the tallest of the stones is just over 1m (3ft). While not large, the circle is, nonetheless, a genuinely ancient monument. 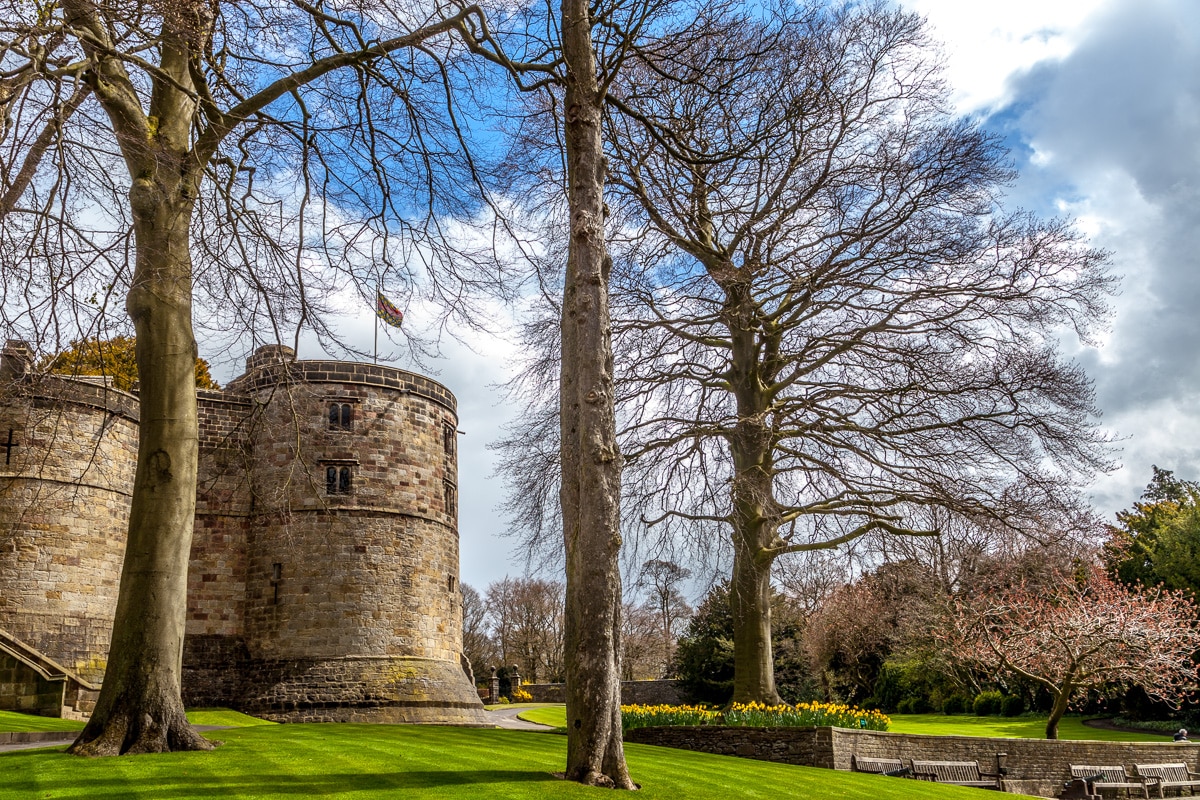 On another day we took the bus to the town of Skipton, primarily to visit Skipton Castle one of the most complete and best preserved medieval castles in England. The stone fortress was built in the 12th Century, and after holding out against a three-year siege, surrendered in 1645 to the forces of Oliver Cromwell who ordered the roofs removed. This normally results in rapid deterioration of a stone building, however, after the siege Lady Anne Clifford, heir to the castle, ordered the roof replaced helping preserve the magnificent structure we explored. 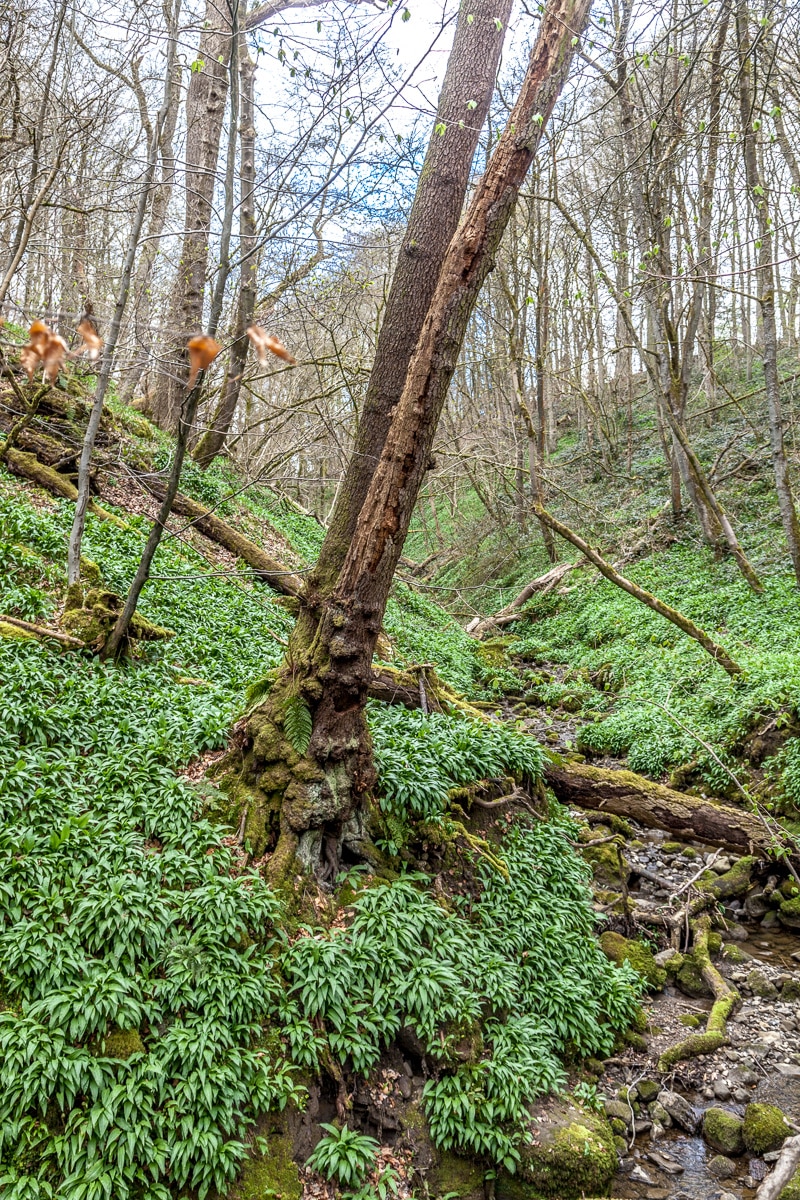 Before leaving Skipton, we took a walk through nearby Skipton Castle Woods that has long provided the castle with food, fuel and building materials. The wood follows along Eller Beck, the small river that flows by the castle and through the town.   It was here that we were told that large areas of plants we had been seeing were wild garlic, and once flowering begins, the fragrance would be unmistakable. We would not be disappointed. 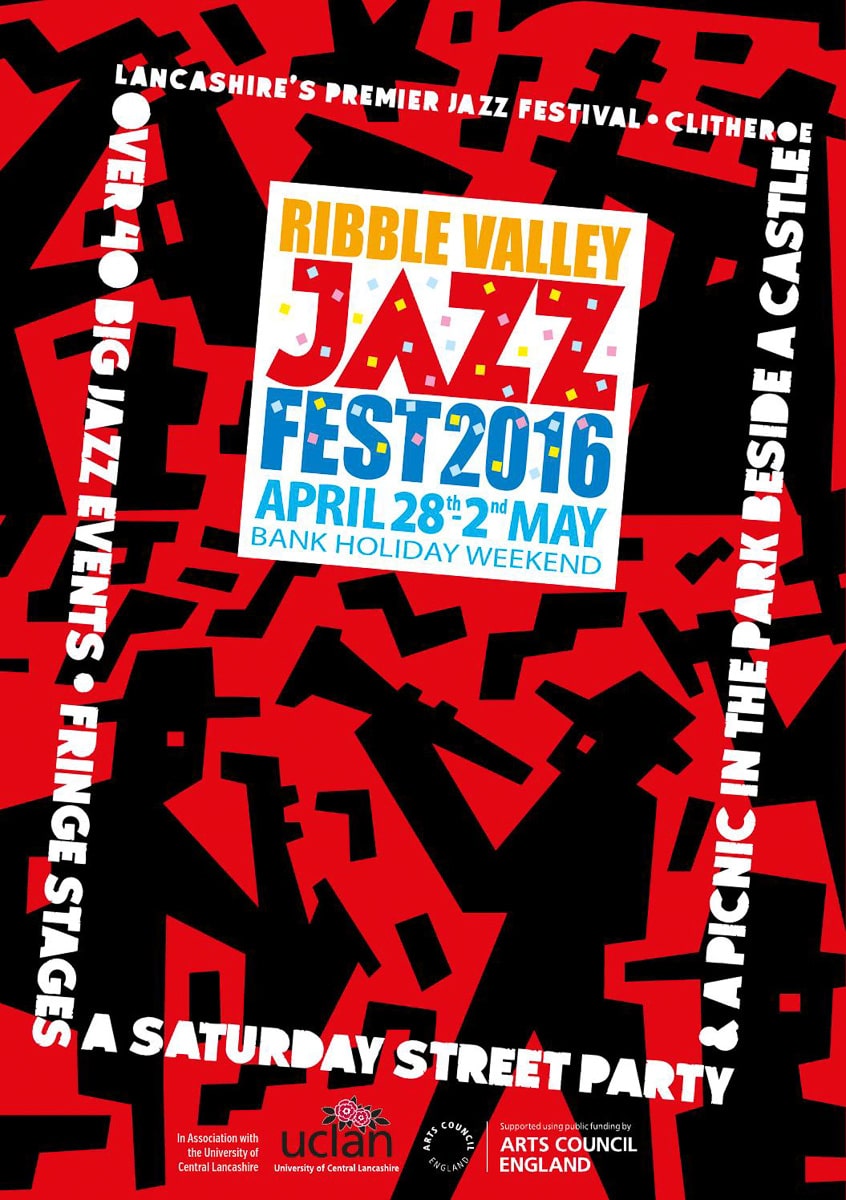 We were lucky enough to be in Clitheroe for the annual Ribble Valley Jazz Festival, and attended a great performance by the Bill Laurance Trio at the Grand, a restored 1870s-era auditorium.  The program continued over the week with a Saturday Street Festival on Clitheroe’s main street and many other venues around town. 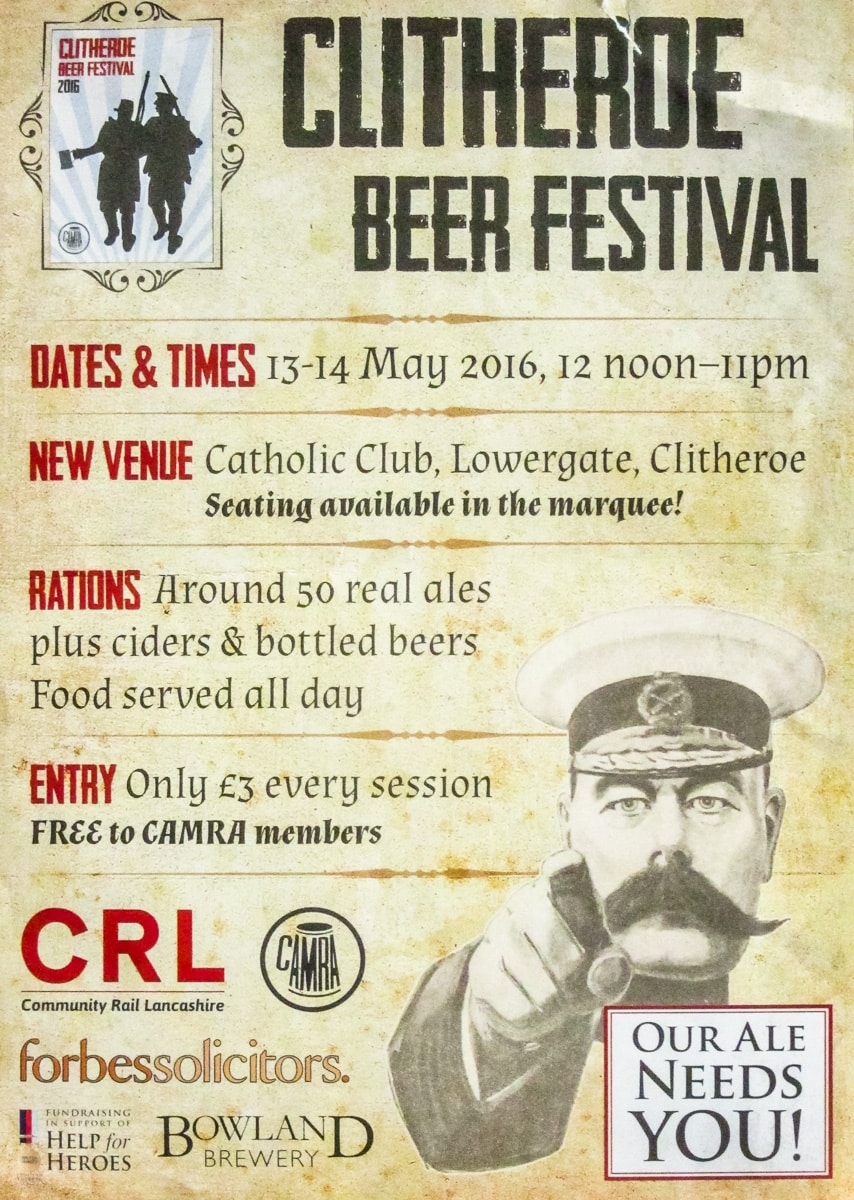 Spring is always a good time for festivals of all kinds, and only a week after the Jazz Festival was the Clitheroe Beer Festival. Organized by East Lancs CAMRA or Campaign for Real Ale, there were over 50 local craft beers, ales, and ciders to sample. It was a delicious way to spend part of the day while Jeannie shopped.

Of course, there are always those things that come up periodically such as haircuts, and after a little research Jeannie located a place where she would feel comfortable, and I simply chose a barber that I had walked past the day of her appointment. Freshly shorn, we were ready for more adventure. 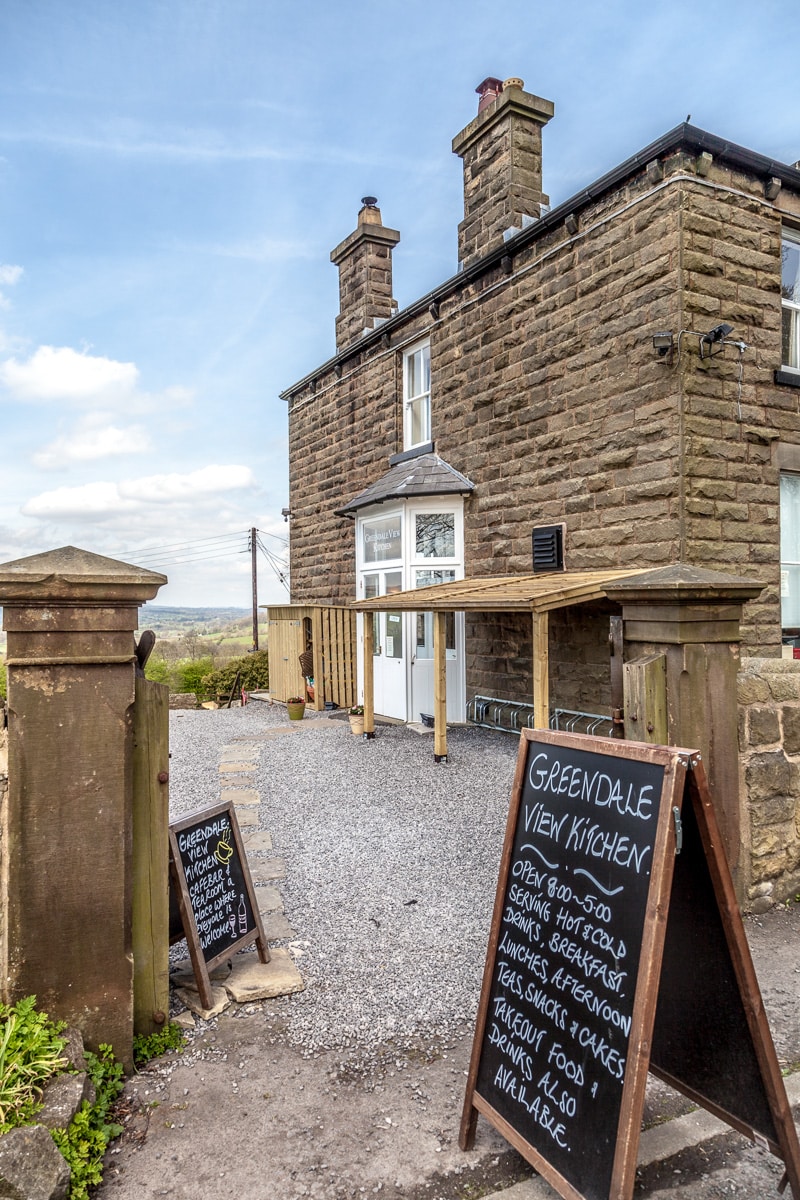 The next day we took the bus to Chatburn for a long walk back to Waddington. The plan was to eat lunch there before beginning, but the restaurant was closed. So we took off for a restaurant that we had read of that was just over a half-mile away on the road to Downham, called Greendale View Kitchen, where we had a wonderful lunch. Afterwards we inquired as to how far the walk to Downham would be, and upon hearing that it was only about a half-mile further, we decided to go. 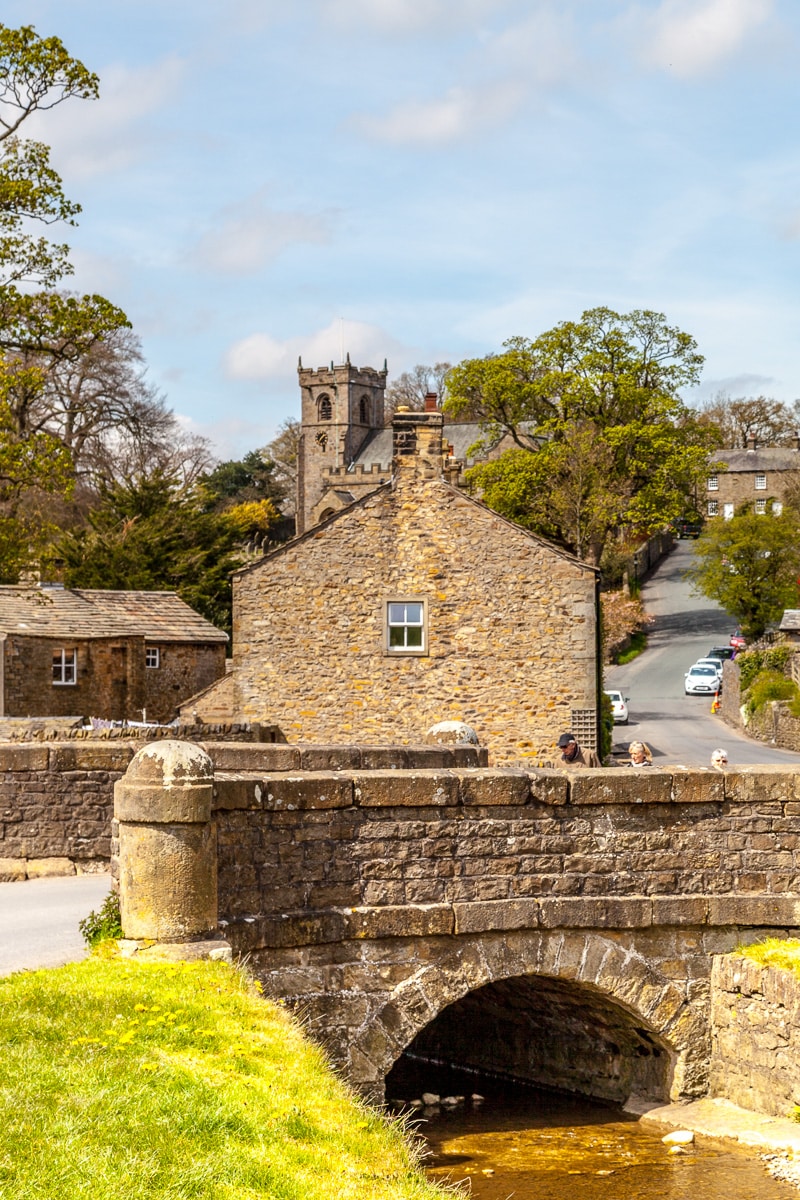 Downham is a village with a population of just over 200, and we had read that it was one of the prettiest in Lancashire. The entire village has been owned by the Assheton family since 1558. It still remains in Assheton ownership and does not allow overhead electricity lines, aerials or satellite dishes. That keeps the village in its present unblemished condition and makes it a popular location for filming period dramas. Oh, and no relation to that British-American period drama “Downton Abbey”.

As the day was warmish and sunny, we paused on our walk at the Downham Ice Cream Shop for a treat. We were the only customers as we sat outside in the sun at one of the 3 or 4 tables enjoying our cones, when Jeannie noticed a small convertible slowly pass by. 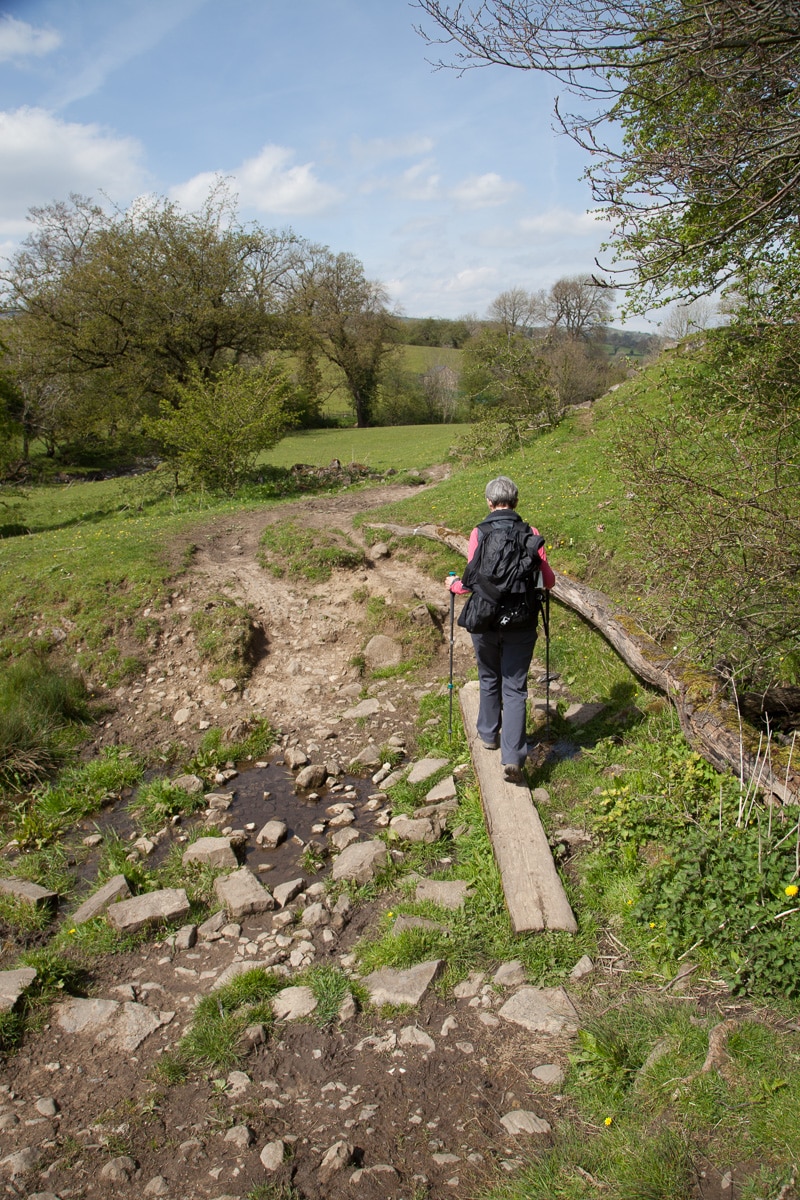 Thinking nothing of it at the time, we were shortly joined by another couple who while driving past thought that we looked rather comfortable and that they too would enjoy a break in their day’s exploration. They took a table nearby, conversation ensued, and we had a delightful chat with Mike and Angela, residents of Northern England who were also visiting Downham.

However, we had not really begun our walk for the day, in fact the detour to Downham had added an extra two miles on what was planned to be an already long walk. So we said our good-byes, and took off on a delightful ramble through the English countryside back to our apartment in Waddington.