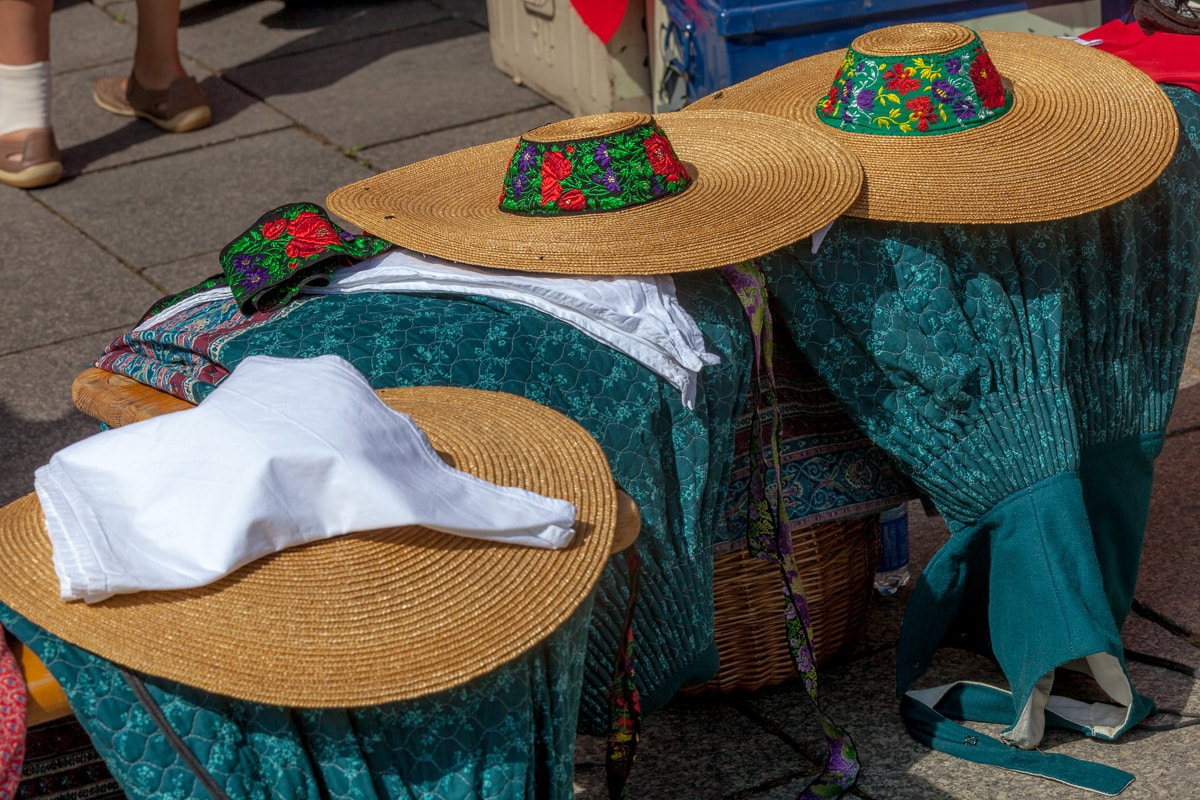 Sunday morning woke to rather cool temperatures. The weather had been much milder over the past week or so, with sunny days mild to warm days and cool nights. Today was a day for long-sleeves.

The event today was a performance of musique et danses traditionnelle Alsacienne at the Place Guttenberg, just around the corner from the Cathedral. We arrived a little early for the morning’s performance, but a crowd was already building. 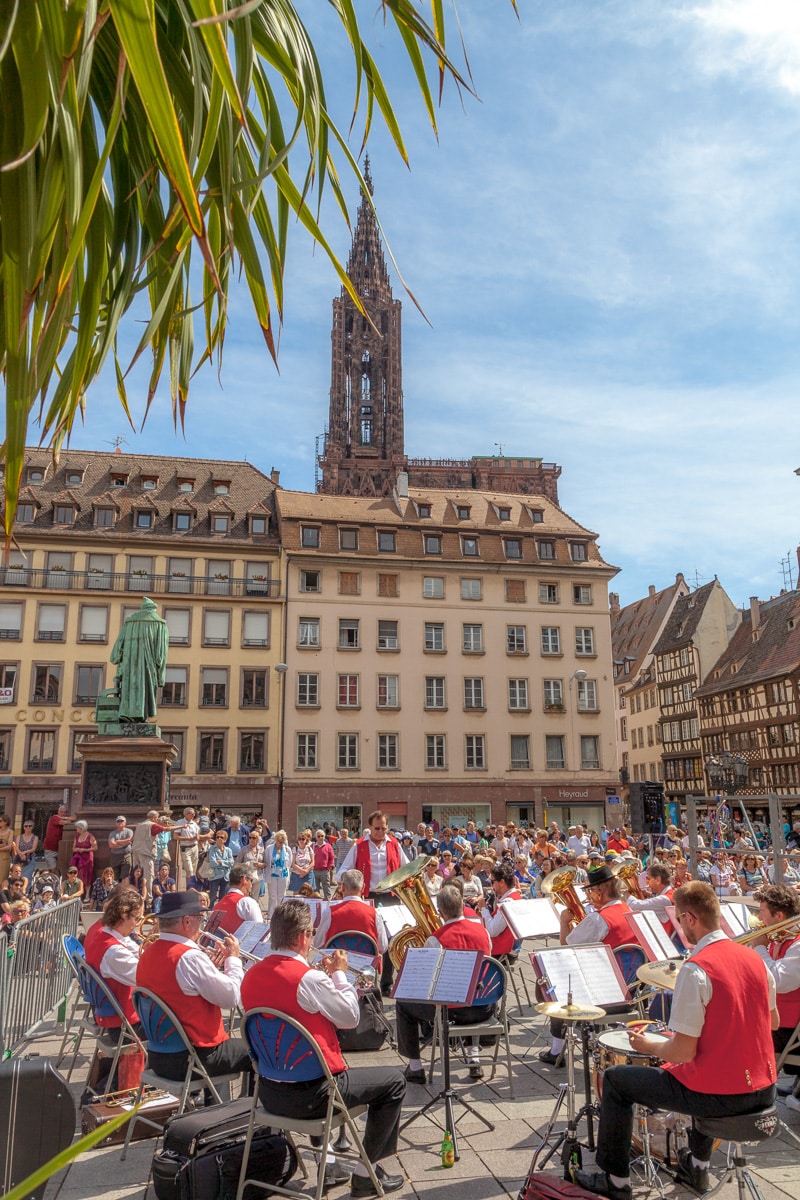 The band began playing polkas, waltzes, and marches before the dancers appeared. Jeannie was able to grab a seat, while I roamed about making photographs.

The dancers appeared, and I was going to work my way to the stage when I noticed a procession making its way through the street behind us. At first I thought that it might be other performers involved with the dancing, but as I moved closer I realised that it was something else entirely.

The procession was of Les Confréries Viniques d’Alsace or The Brotherhoods of Alsatian Wines. Organizations of wine producers from all over Alsace who were meeting in Strasbourg, and this morning were heading to the Cathedral for their annual mass. 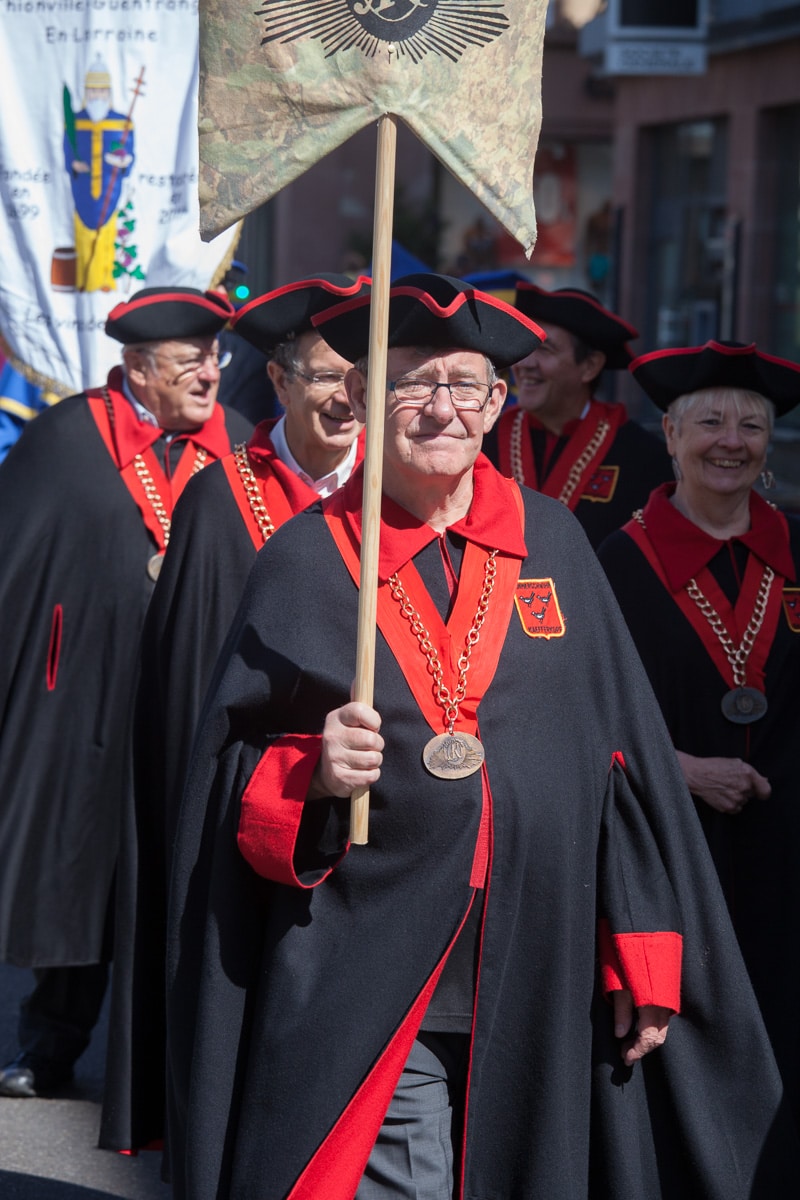 Dressed in colorful robes and hats and wearing medallions, some were carrying banners identifying their regional affiliation. There were four men also carrying a large wooden statue of Saint Urbain, patron saint of winegrowers and winemakers. The procession paused briefly before entering the main doors of the Cathedral, and I made my way back to the dancing and oompah. 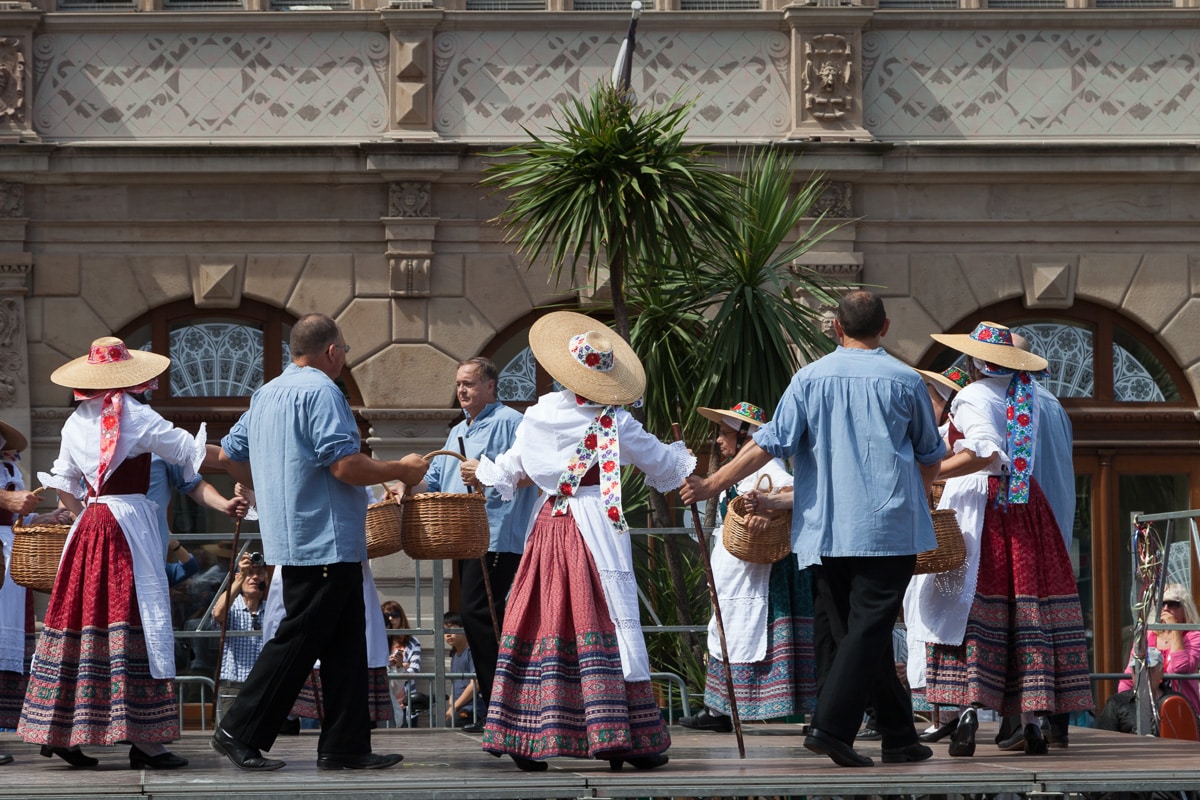 The dancers were in traditional, colorful costumes, and were very entertaining, though the sun was beginning to get rather warm. So we decided to look for a place for lunch after their second costume change, but it was in all, planning and serendipity made for a very delightful morning.