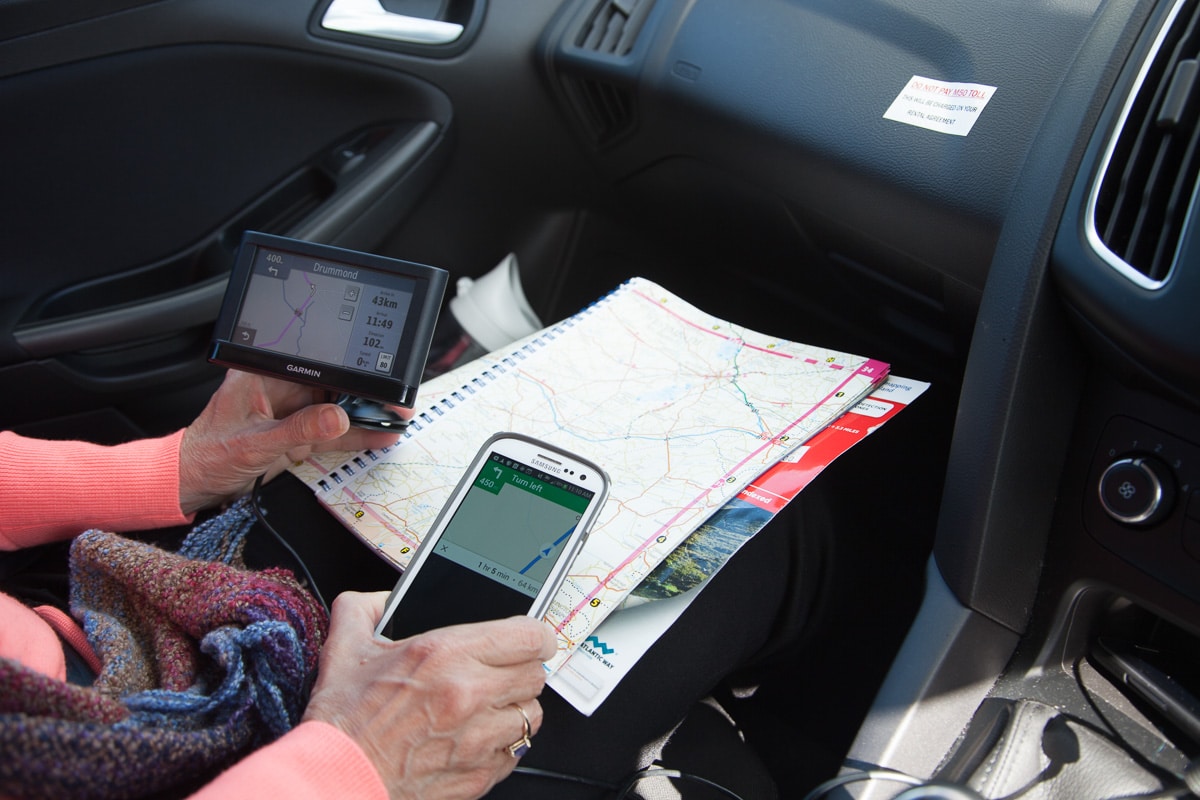 Our time in Ireland was almost up. After another of Christina’s great breakfasts at Ardmore Country House, we packed the car, said our goodbyes and headed towards Dublin. Our route, however, would have us diverting northeastward for one more stop.

Of all the megalithic sites we had visited while in Ireland, there was one that we were told  should not be missed … Newgrange. With Jeannie navigating we took scenic, narrow, country back-roads and arrived in time to make reservations for the afternoon tour.

Newgrange is considered of the best examples of what is known as a passage-tomb. According to Carbon 14 dating, it was constructed about 3200BC, making it more than 600 years older than the Giza Pyramids in Egypt, and 1,000 years more ancient than Stonehenge. 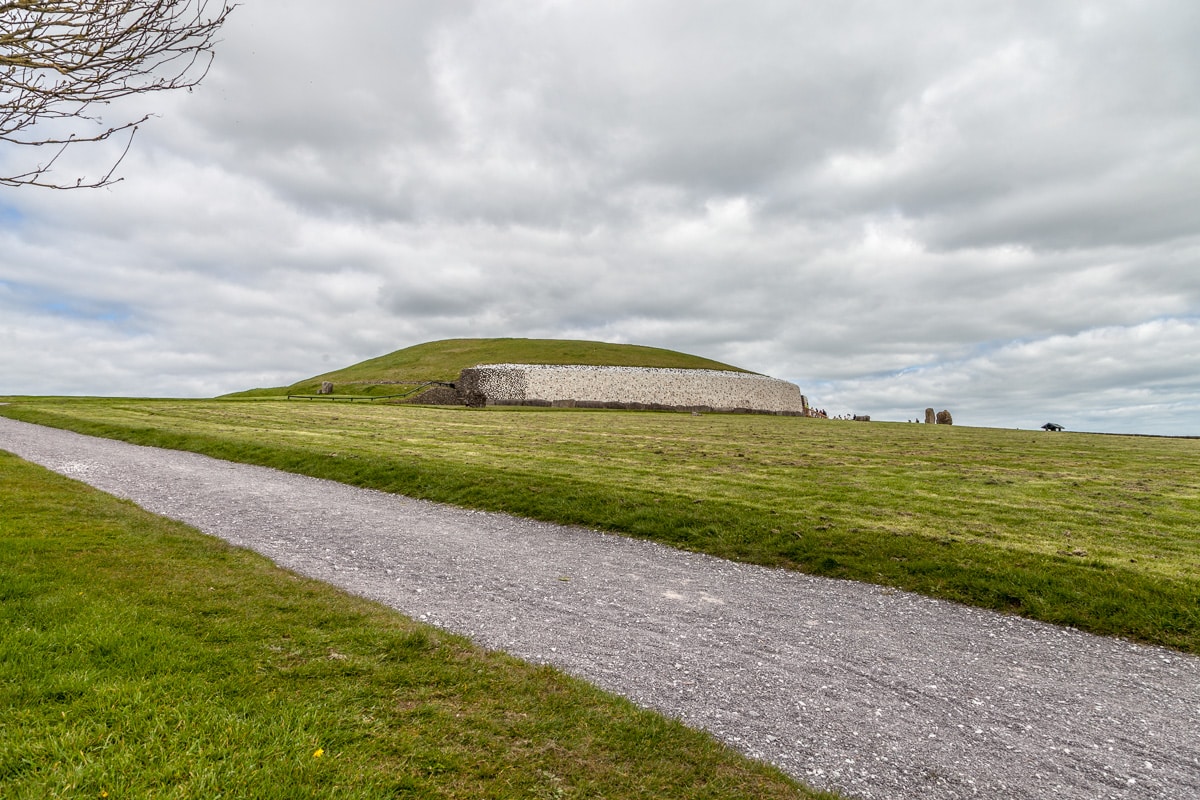 The mound is retained by 97 large  “kerb stones”, lying horizontally around the base, many bearing beautifully carved designs of spirals, lozenges, zigzags, and other symbols.

On the grounds outside the mound, 12 out of an original estimated 38 large boulders up to 2.4m (8ft) high form a stone circle of about 104m (340ft) in diameter. The ring was built about 1000 years after the original structure. 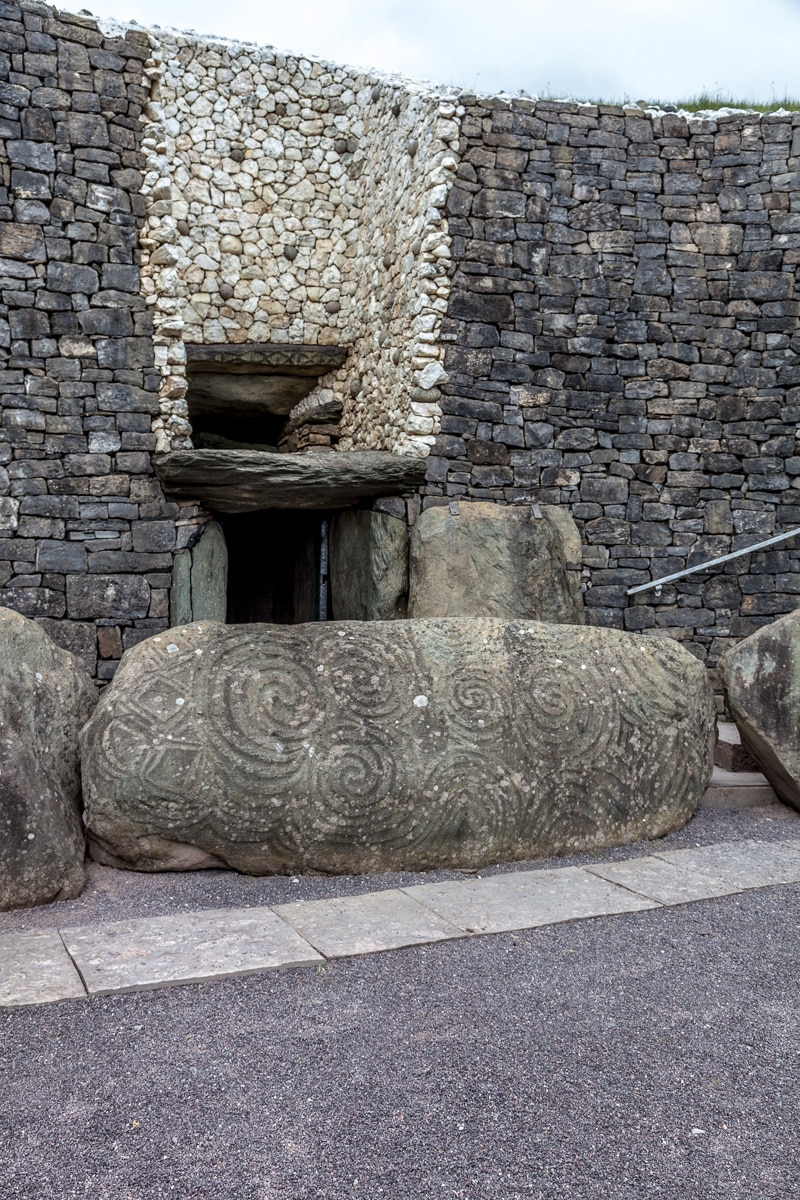 Entering the southern side of the mound passing the entrance stone, a narrow passage 19 m | 60 ft long takes you into a larger central chamber with a high, corbelled vault roof 3.6m | 12 ft above the floor. The passage and chamber aligns with the rising sun on the winter solstice when the room gets flooded with sunlight.

Unfortunately, between 1967 and 1974, the Newgrange site was modernized based on one person’s interpretation rather than documentary evidence. There was much controversy over the reconstruction of the structure, especially the quartz wall surrounding the passage tomb which was based on the position of the white quartz layers found during earlier excavations. The eventual reconstruction is an interpretation of remains from a totally collapsed site. 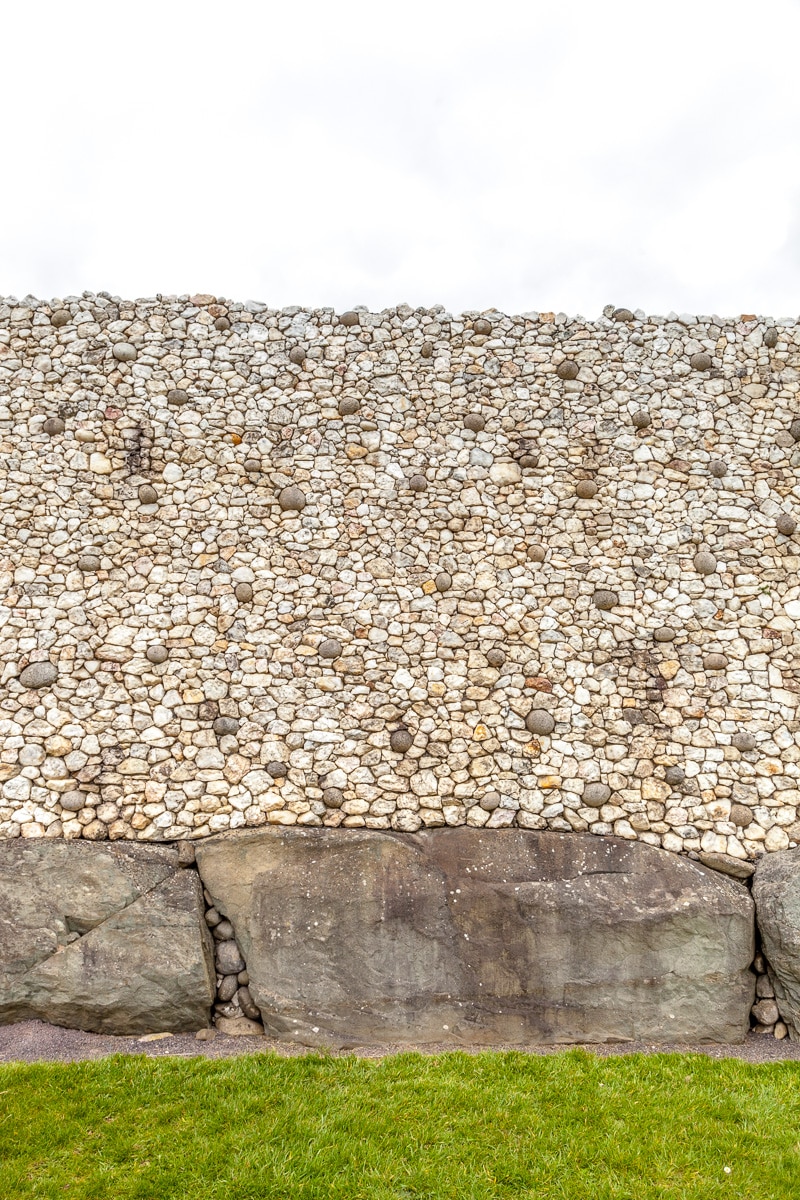 The origins and purpose of Newgrange have long been shrouded in mythology and folklore. Science has developed understanding of its construction and many of the mysteries. Still, there is much that will never be known, and that is OK. It is those mysteries in life that fuel the imagination and make everything possible.

We spent several hours around the Newgrange site before we had to drive the short 45-minute distance to the Dublin Airport where we would turn in the car that had taken us on a great tour of a part of Ireland.

Tomorrow we take the ferry across the Irish Sea to the port at Holyhead, Wales where we will take a train to Clitheroe, and then by cab to our apartment in Waddington.