The weather in Bergen isn’t always bad. Yes, it does rain a lot, but often it is short lived. On those days when being outside is really less desirable, there are other things to do.

Museums are always a good place to spend a rainy afternoon and in Bergen, we visited several, including: 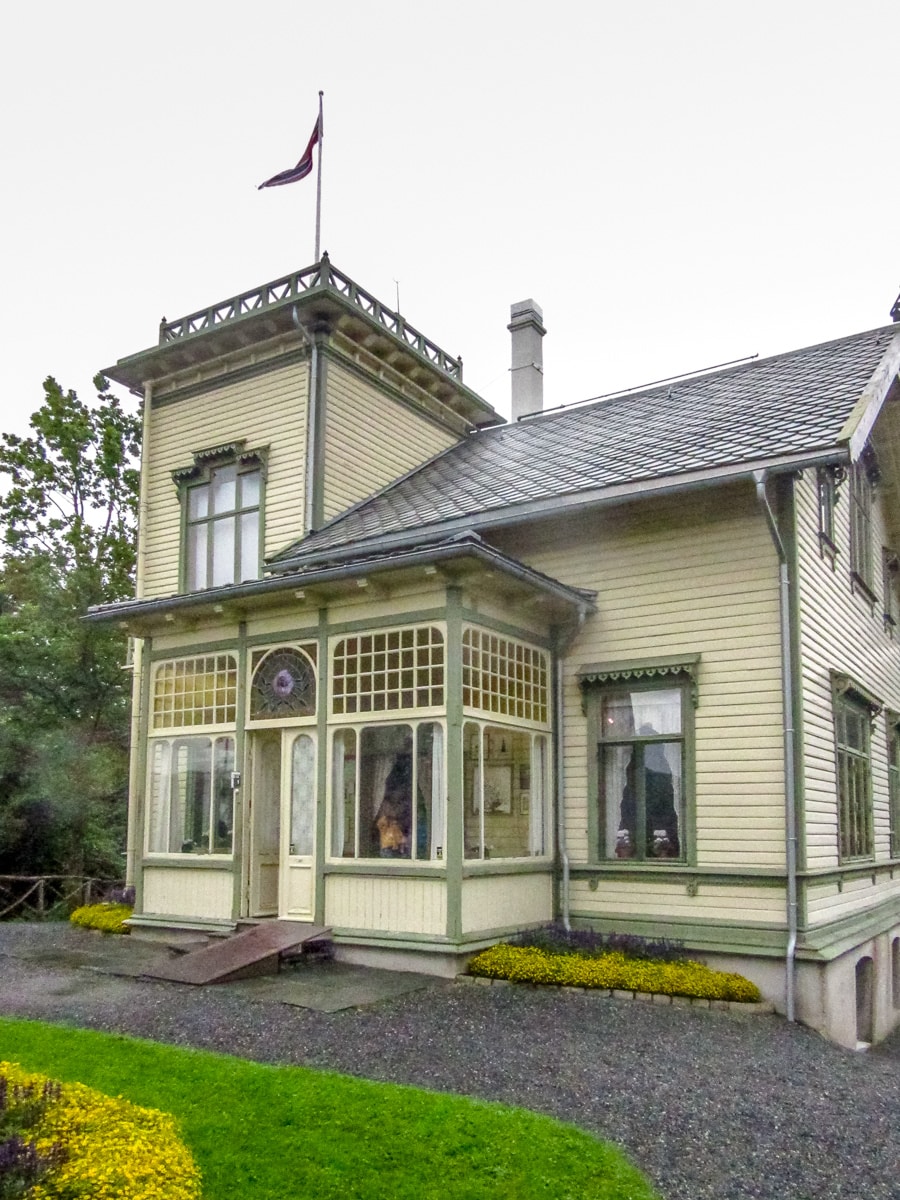 One evening we took an excursion to the edge of town to attend a concert and visit Troldhaugen, the home of composer Edvard Grieg (1843-1907). Beloved by Norwegians, Grieg is best known for his Piano Concerto in A minor (listen) and Peer Gynt (listen) (written in collaboration with equally famous Norwegian playwright and poet Henrik Ibsen ). He was friends with many contemporary composers including  Tchaikovsky, Brahms, Liszt, Delius, Saint-Saens among others.

Other delightful distractions (when available) include local festivals, and musical performances. Two organ concerts in conjunction with the Bergen International Organ Festival were especially entertaining. The first was in Mariakirken or St Mary’s Church, believed to have started in the 1130-40s and completed around 1180, making this church the oldest remaining building in the whole city of Bergen. Though the structure was ancient, the Organ was new, having been dedicated at the church’s reopening in 2015 after several years of restoration. Organist Jens Korndörfer played a selection of Baroque music that filled the historic old church. 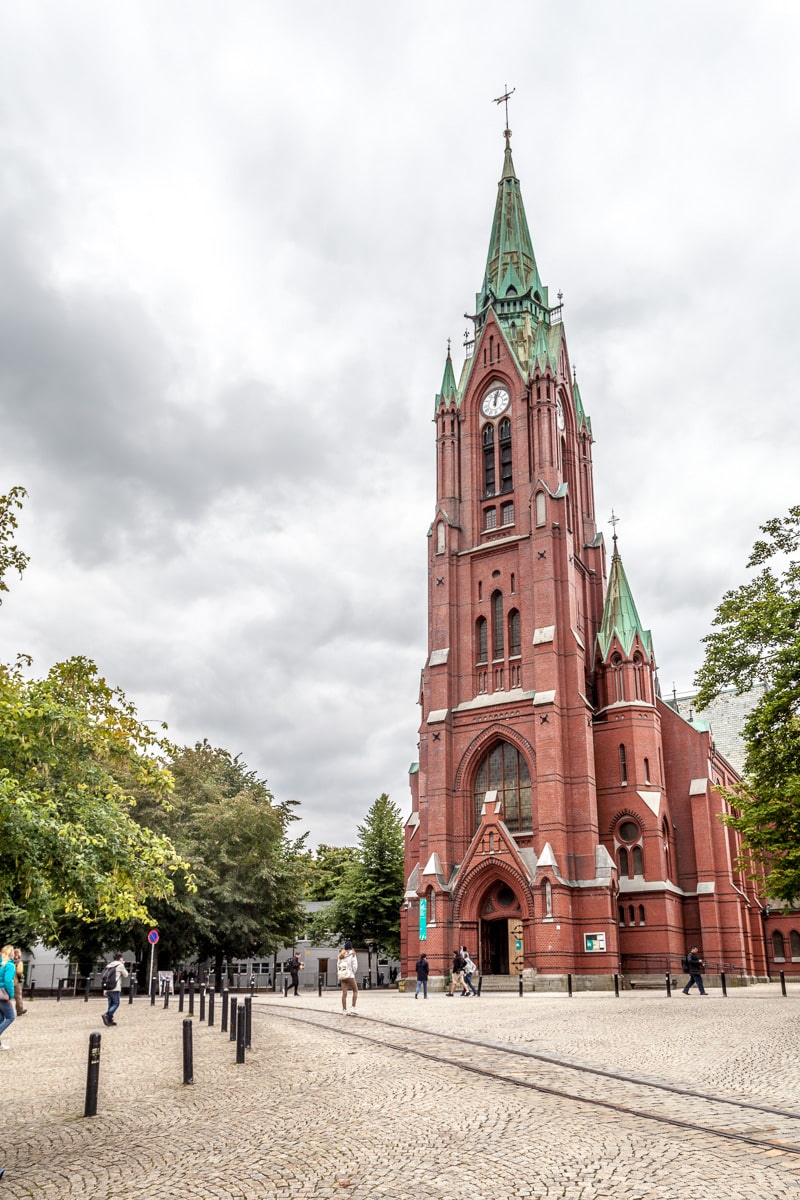 The following evening we attended another concert in the newer Johanneskirken or St. John’s Church, and featured the original organ from when the church was built in 1894. Michael Schöch’s program was also a bit more modern but no less outstanding.

While in Bergen, the 20th Annual Bergen Spillfestival or Bergen game festival began. In one of the world’s biggest game festivals, they host tournaments and entertainment including Monopoly, Trivial Pursuit, chess, poker, backgammon, family activities and more. The week-long festival probably also serves as preparation for the long, cold winter not far ahead.

With only a handful of days remaining in Bergen, it was clear that we hadn’t seen everything, but seeing everything has never been a goal. Still, there were still many things we could do. 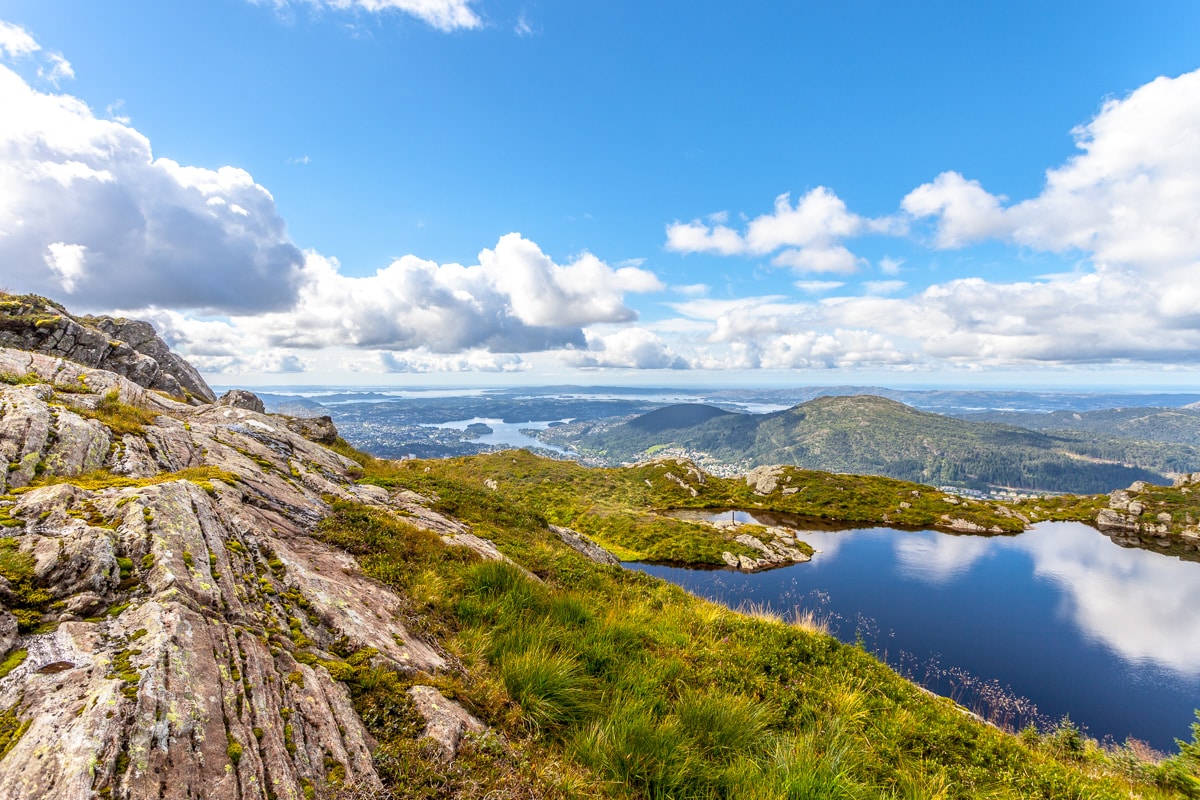 Mount Ulriken is one of the seven mountains that surround Bergen and after a few days of rain we finally had a beautiful day for our trip to the 643 m (2,110 ft) summit. The sun had come out, and the weather, though a bit chilly, allowed for some exploring of the mountaintop moors, rocks, and mud. After a small picnic, we took the cable car back down and walked the three miles back through town to our apartment, wandering through quaint neighborhoods on small cobblestoned lanes. 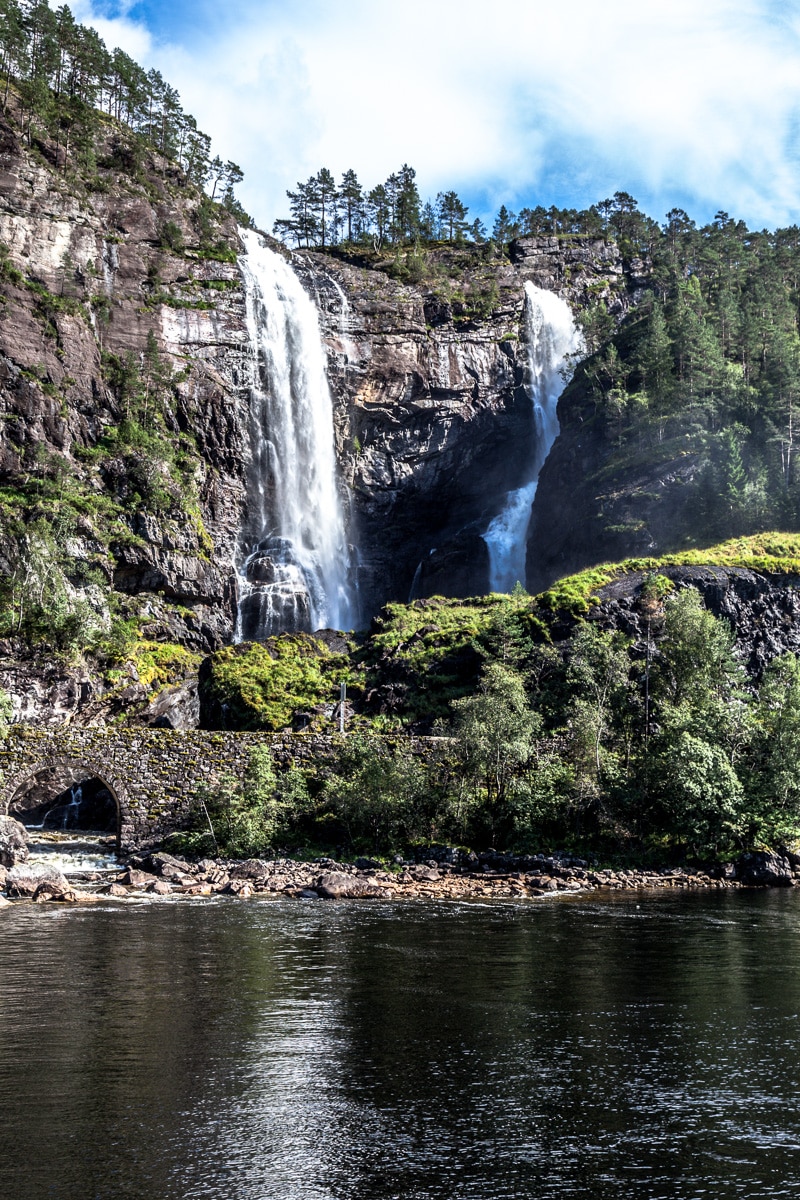 There was enough time to make one last trip on the fjords, so we went to the innermost part of the Osterfjord, and into the Mostraumen, a channel so narrow that boats are just able to pass through. The return trip carried us through narrow fjords surrounded by sheer mountains rising straight out of the deep water and covered with forests that grew right down to the water’s edge. We passed many waterfalls and one of more impressive was a beautiful double torrent called Heskjedalsfossen.

The following few days were spent coddiwompling Bergen, getting about and around this charming city. Flip through the images and you will understand why we can say Bergen has been very good to us, in spite of the weather.

Yes it has been very good, but once again it was time to move on. We believe it is important that we never leave someplace, instead we go someplace new. How about … Iceland?