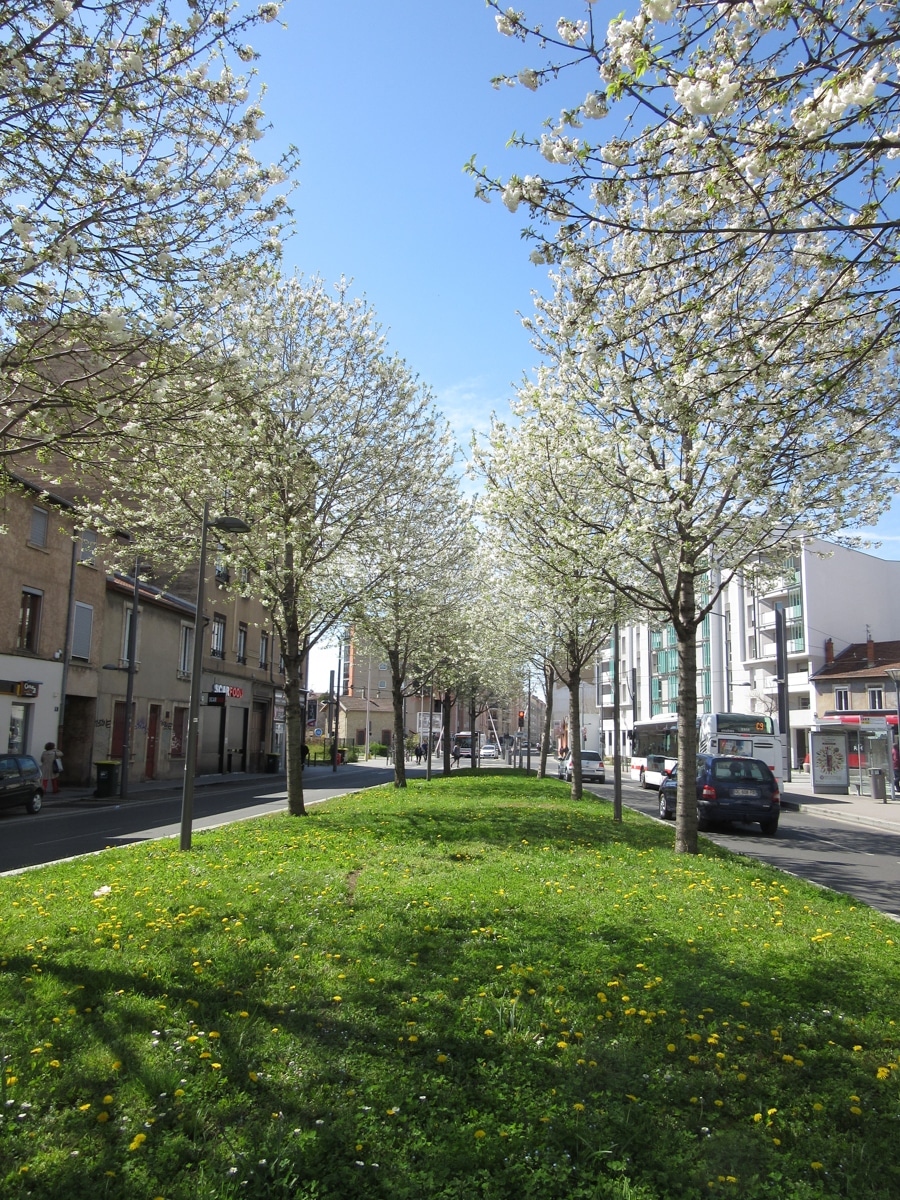 Although we are living in Montchat for only a short time, we have come to love notre beau village de au coeur de Lyon.  Every excursion down the shopping street or to the market is a delightful adventure.

We were standing on the sidewalk the other day admiring the items in the window when a very grandmotherly woman stopped next to us and laughingly commented on something that we were looking at. After a few more words, I gently interrupted her and apologized that we didn’t speak very much French. To this she giggled and continued her lively conversation with us. As far as I could tell she had studied German in school when she was a girl, but not English.

At this point, a gentleman that had been standing near with his small dog, came over and joined in. Luckily, he spoke a bit of English, and as translator, we all had quite a nice conversation about where we were from, how much we liked France and Montchat in particular. They were quite friendly and pleased. After saying bonne journee and au revoir we went our separate ways, but all wearing big smiles. 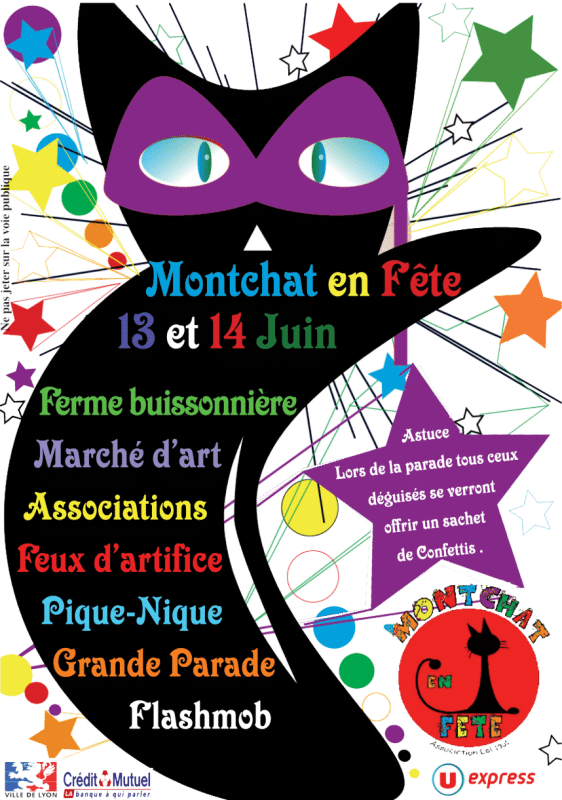 These little encounters occur often, and not only in Montchat, but this experience is a good example of the spirit of this little village.

Montchat is also an active community. There are many events held in and around the neighborhood, and this weekend was Montchat en Fête, the Festival of Monchat.

The festival was to begin Friday night with a large château gonflable, or inflatable bounce house, a puppet show, a pique-nique géant, a cinéma en plein air (an outdoor movie) and more. 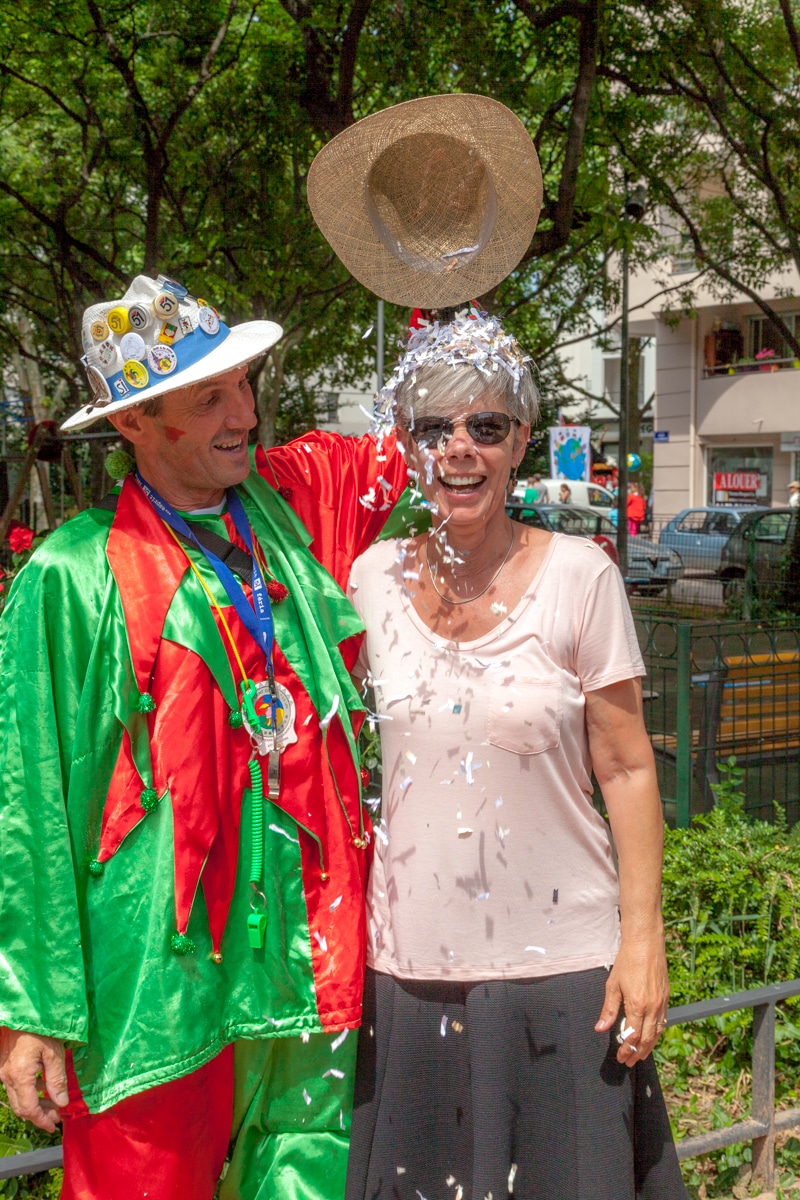 Unfortunately it rained. In fact the forecast was for rain on Saturday as well when there were events scheduled at venues all over the neighborhood. However, just like weather forecasters everywhere, they were wrong, and Saturday presented a bright and sunny face to all.

The biggest activity of the day for us was the parade. We had done our shopping at the local Saturday market, then we went into the city for lunch, with time to return and reorganize before the parade.

We were not disappointed. The small town feel, the sense of community, the participation of people of all ages made it an event we will long remember.