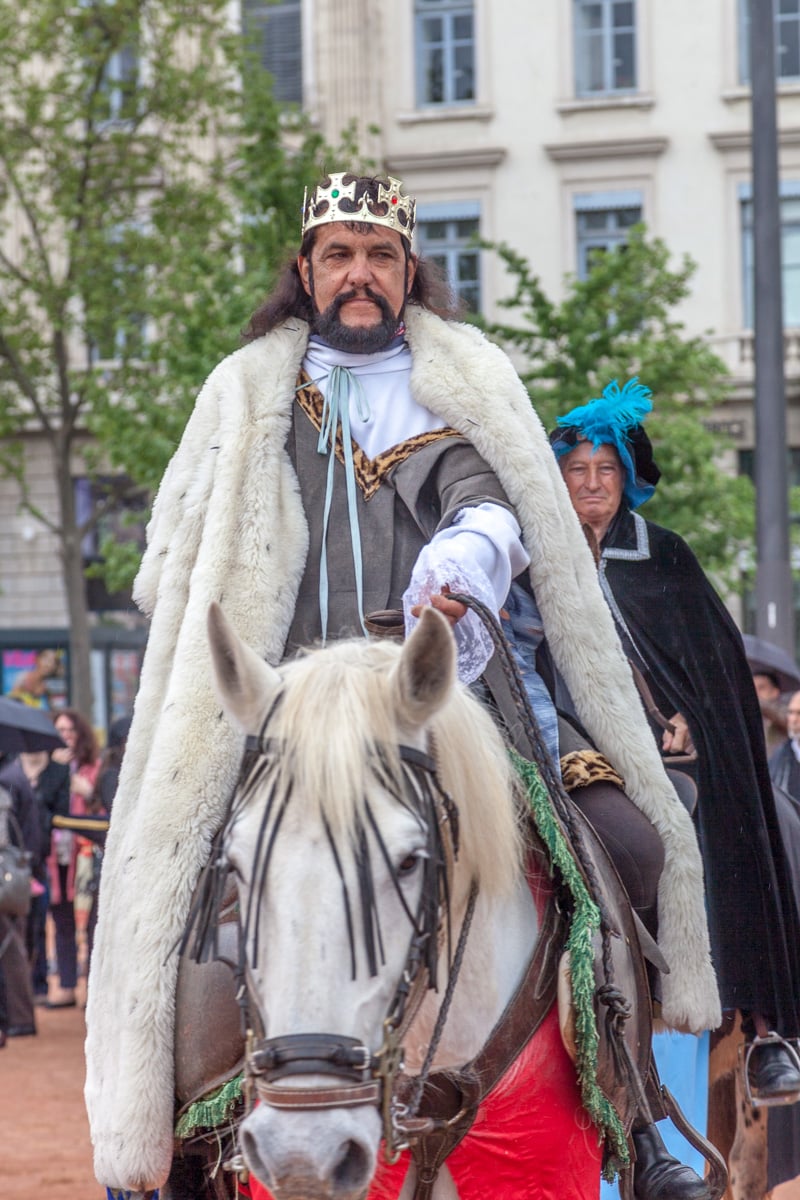 We don’t ever have to go far to find truly medieval things. The middle ages spanned the 5th through the 15th centuries, beginning with the collapse of the Western Roman Empire, then later morphed into the Renaissance and the Age of Discovery. So there is much in Lyon, and much of Europe that survives or was rebuilt after the wars that speak to us across the ages.

The Medieval period, sometime referred to as the “dark ages” because of intellectual darkness between extinguishing the “light of Rome” after the end of Late Antiquity, and the rise of the Italian Renaissance in the 14th century.

The term “dark ages” however, has long been a negative term primarily because of the lack of historical records compared with both earlier and later times. Yet many historians now refer to them as “those lively centuries we call dark” – lively indeed, else why would there be so many celebrations of the period. 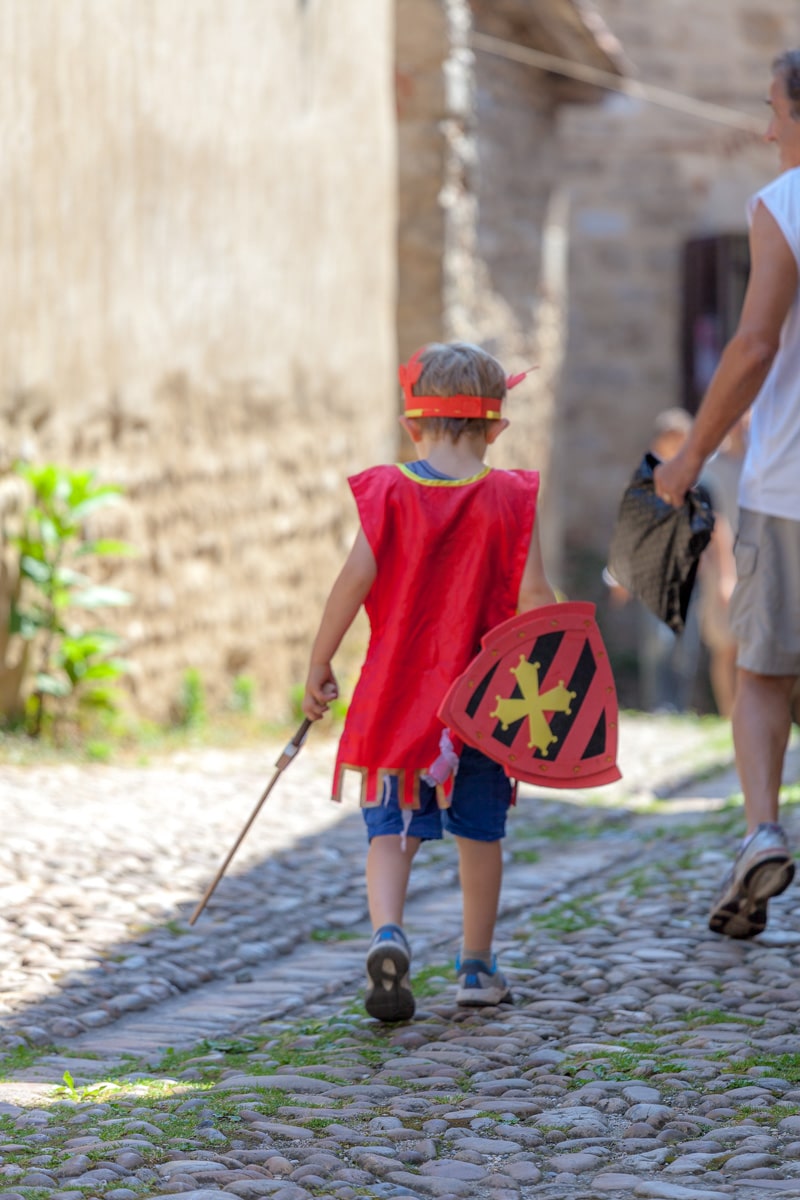 There were two medieval festivals that we had the opportunity to enjoy. The first was in Vieux Lyon (Old Lyon – the medieval quarter of Lyon), and the second in the small medieval village of Perouges we had visited before for the Venetian festival.

The festival in Lyon was scattered throughout the old city, but was marred by rains off and on throughout the day. The festival wasn’t the primary reason for being in old Lyon that day. We were meeting our friends Nicolas, Lucie, and her parents Michel and Francoise for lunch and a tour of the old city. We not only had a grand lunch, but received an education on the history of city. Michel’s family has lived in Lyon for many generations and the stories were exciting and wonderful. 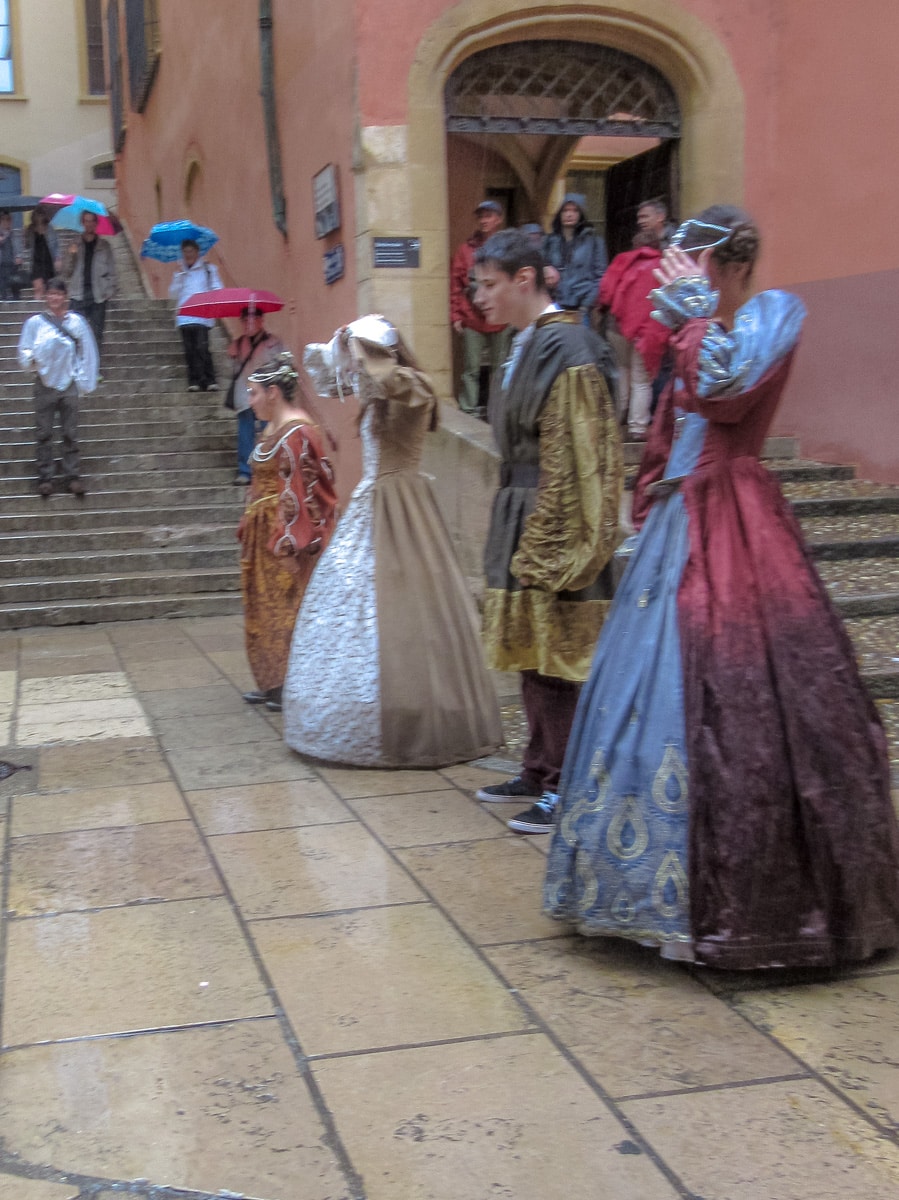 As we wandered the area we not only encountered rain, but many costumed citizens roaming about participating in reenactments or displaying skills and crafts of the era. It had a feeling of time travel. I was even recruited into a passing military unit, given a spear and forced into drills even though I couldn’t understand the orders. Of course, I was discharged shortly thereafter. 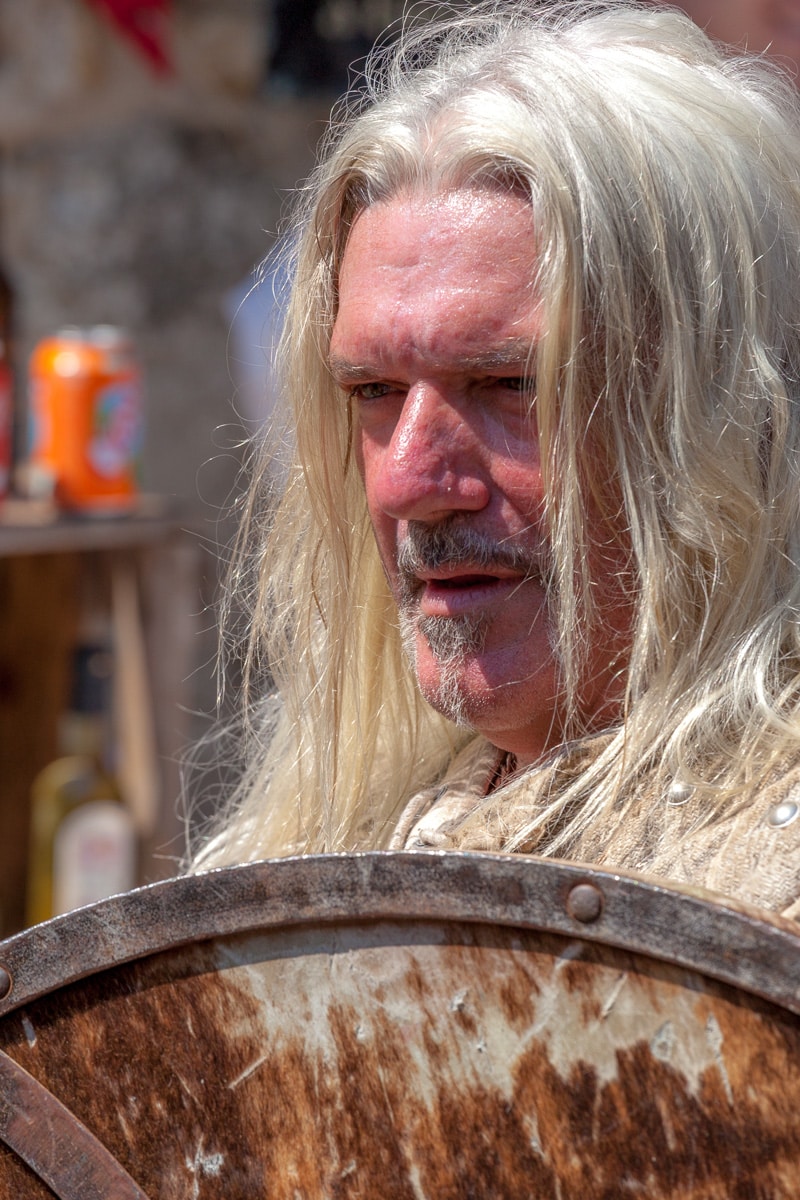 When we had been in Perouges before, we had seen an announcement for the Medieval Festival scheduled for June and marked our calendar. Friends were visiting at the time, and we all took the train and spent the day in the small Medieval town being entertained by the throngs of people dressed in their period costumes.

The images and sounds of being in such a place surrounded by so many people and things from such an ancient culture was moving. The day was warm yet beautiful, and we all had a great time being transported back into time.