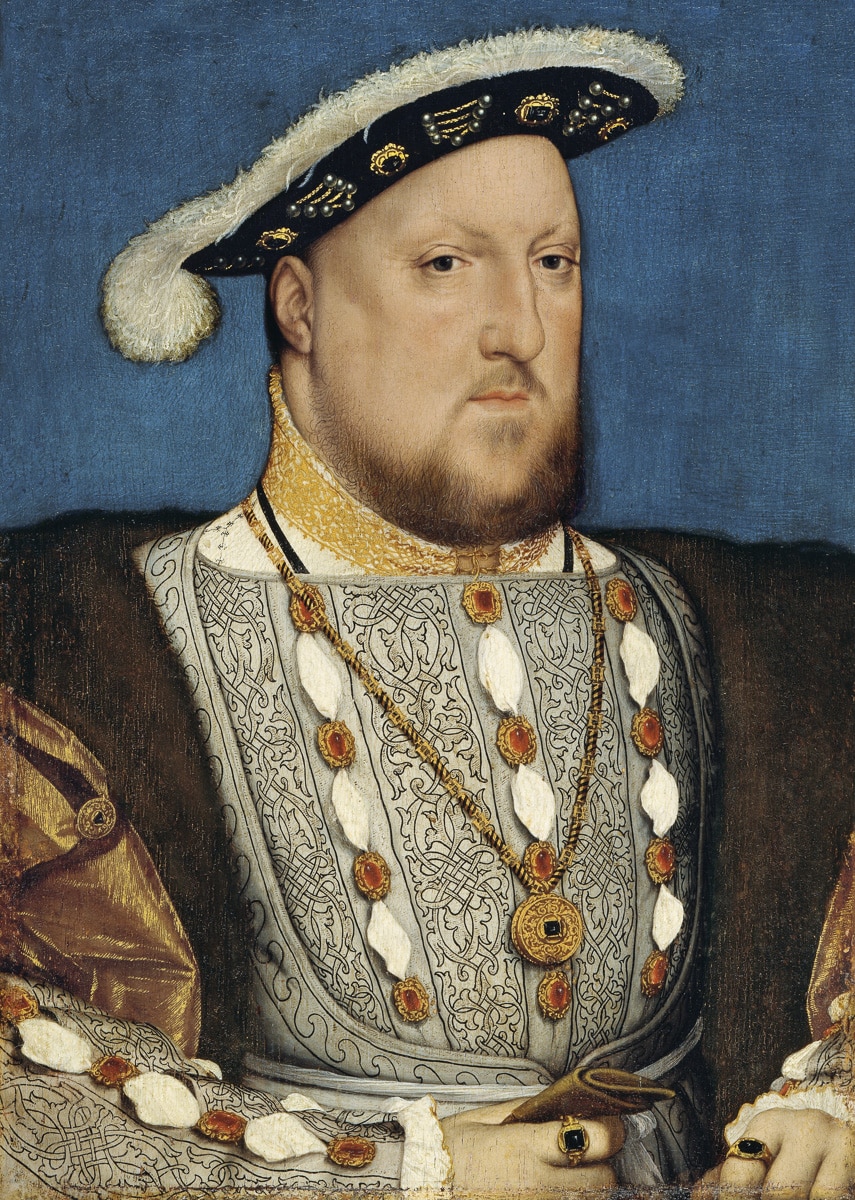 It was the early 1500’s, and Henry VIII was not happy. Though he had inherited a significant amount of money from his father Henry VII, he had spent a great deal of his inheritance.

The religious houses were, at the time, the wealthiest institutions in England and Wales. Politically, the idea that the wealth of the abbeys was being sent to Rome to support the Catholic Pope was being pushed by the king’s advisors, like Thomas Cromwell. Additionally, the discord with Rome wasn’t just financial. The English Reformation was, in part, associated with the wider process of the Protestant Reformation occurring throughout Europe.

Of course, it was because of Henry VIII’s desire to divorce Catherine of Aragon who had failed to bear him a son, and marry Anne Boleyn that the English Reformation was, at first, more of a political issue than a theological dispute. 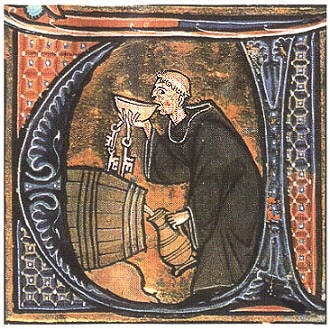 It was therefore in the 1530’s that Henry split from the Catholic Church in Rome, declared himself head of the Church of England, and began the “Dissolution of the Monasteries”. His intention in destroying the monastic system was both to reap its wealth and to suppress political opposition. Oh yes, and to marry Anne.

The closing of monasteries was not new. Cardinal Wolsey shut down a number of religious houses years before, and had done this with the full blessing of the Pope as some of the religious houses in England had ‘decayed’.

Between 1536 and 1540, through Cromwell, now Henry’s vice-regent, took his most decisive step against the monasteries, abbeys, nunneries and friaries, some of which had accumulated great wealth and land. 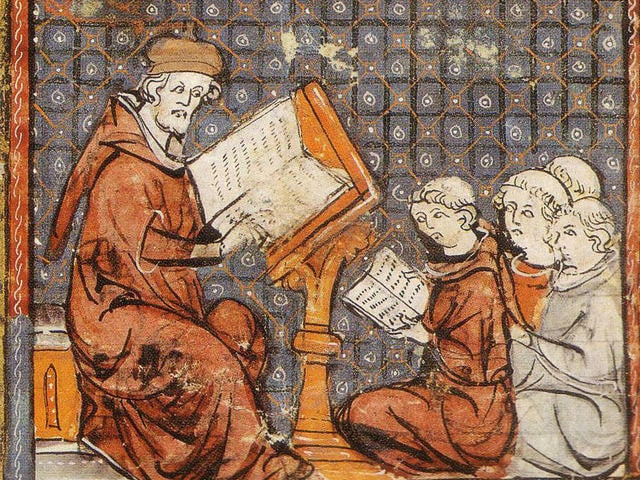 First, perhaps to avoid too much uproar at the start, the small, less powerful houses had their property confiscated and their buildings blighted (made unsuitable for use). They were followed the next year by the large houses.

Many former monasteries were sold to wealthy landowners. Others became churches, and many others were left to ruin. A few monks who resisted were executed, but those who surrendered were paid or pensioned off.

Thus the English countryside is littered with the relics of the early 16th century. Some are massive and celebrated, while others are smaller and relatively unknown, but all are beautiful in their own way.

Generally situated in peaceful settings, often close to rivers or streams, they are wonderful places to roam. Some are attached to parks where one can imagine a time long ago (>500 years) when the inhabitants might derive inspiration from their surroundings. Then you remember that these, once magnificent Gothic structures are in ruin because of the caustic mix of politics, religion, greed, and power.

But enough history, here are some of the ones we visited in Northern England, but there are many more. 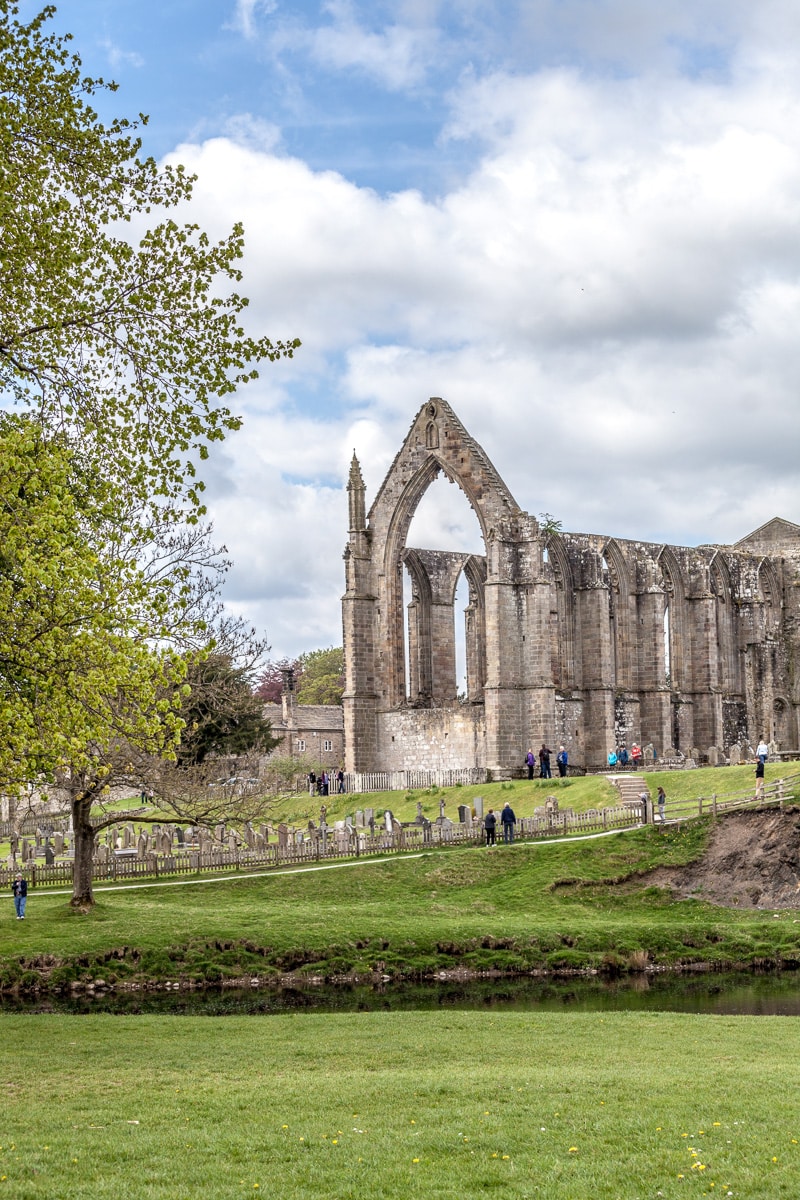 Overlooking the River Wharfe, in Yorkshire are the ruins of the 12th century Bolton Priory and a thriving parish church. The canons lived and worshiped here until 1539 when the dissolution of the monasteries stripped the Priory of its assets. At the time of the dissolution, Prior Moone had negotiated with Cromwell to allow the nave to survive as a place of worship for the local community and continues to serve to this day. 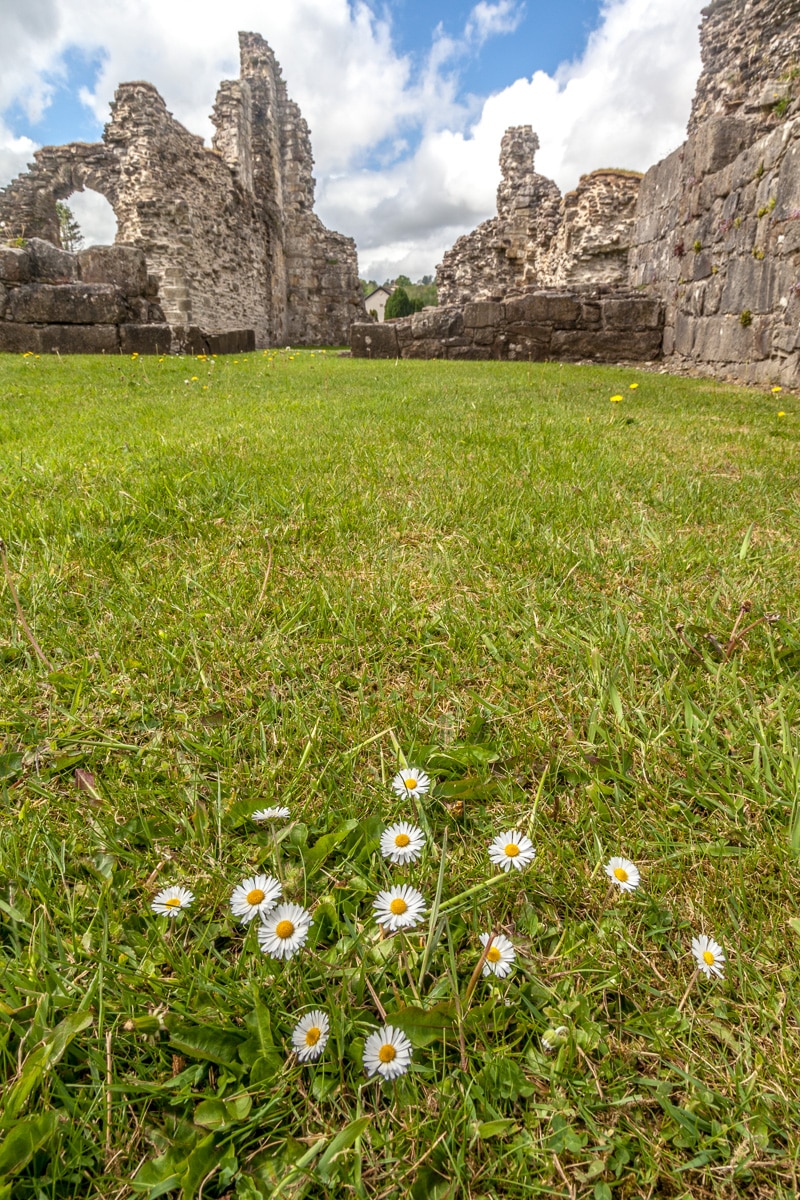 Located in the village of Sawley, just a few miles from our apartment in Waddington, it existed from 1147 until its dissolution in 1536. The last two abbots of Sawley were both executed. The remaining ruins belie the size of the complex which can only be seen from the outlines of the foundations on the ground. 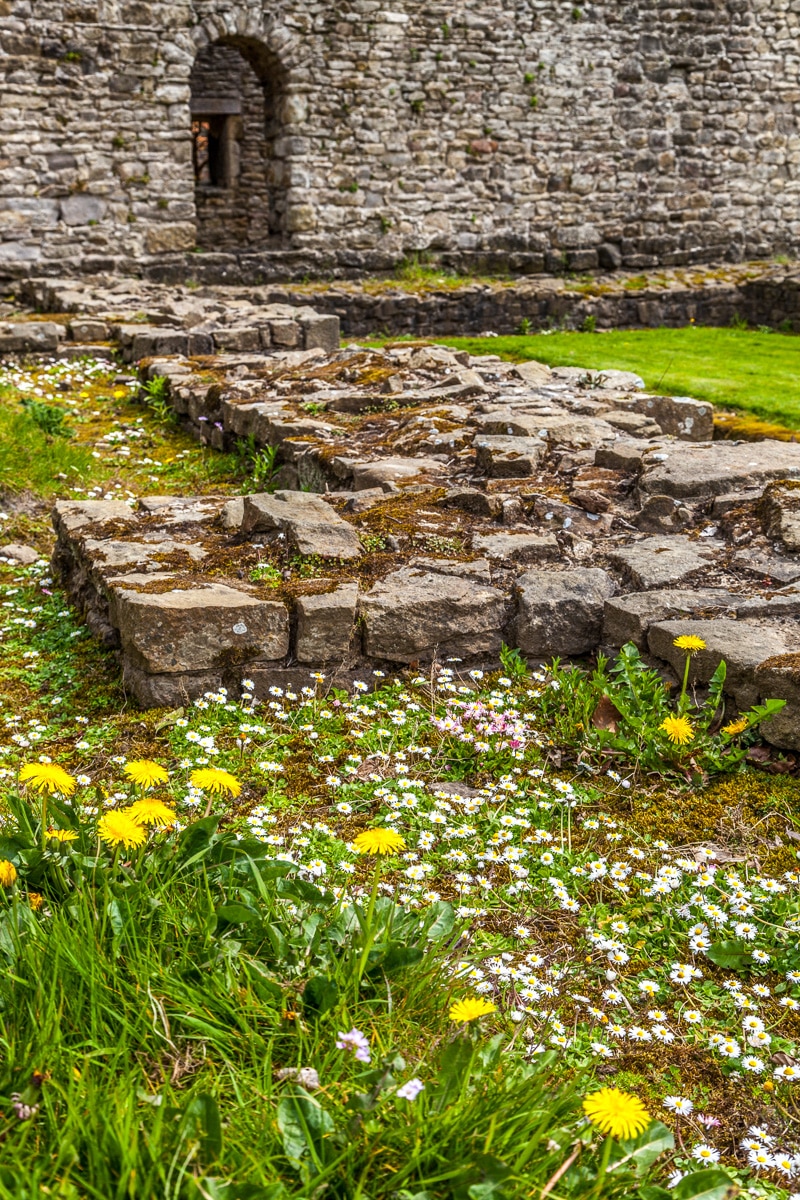 The first stones of Whalley Abbey near Clitheroe were laid in 1296. The church was completed in 1380 but the remainder of the abbey was not finished until the 1440’s. The abbey closed in 1537 as part of the dissolution of the monasteries and its Abbot executed for high treason. 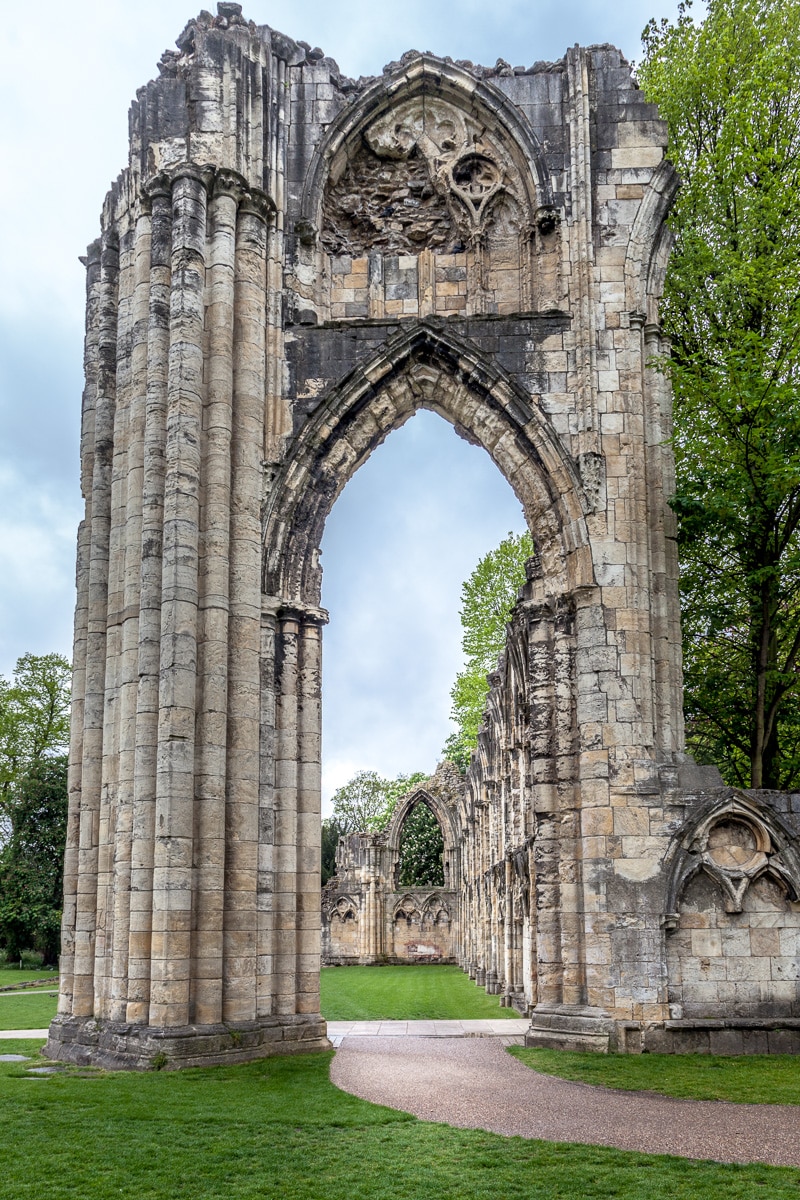 Established in 1088 as a Benedictine monastery, St Mary’s Abbey is situated on the north bank of the Ouse, inside the city walls of York. While only the foundation walls of the original Norman buildings remain, however, much still stands of the later 13th century abbey structures. Among these, the most impressive is the abbey church in the lovely parkland setting of Museum Gardens, that was the center of one of the largest and most powerful monasteries in the north of England.