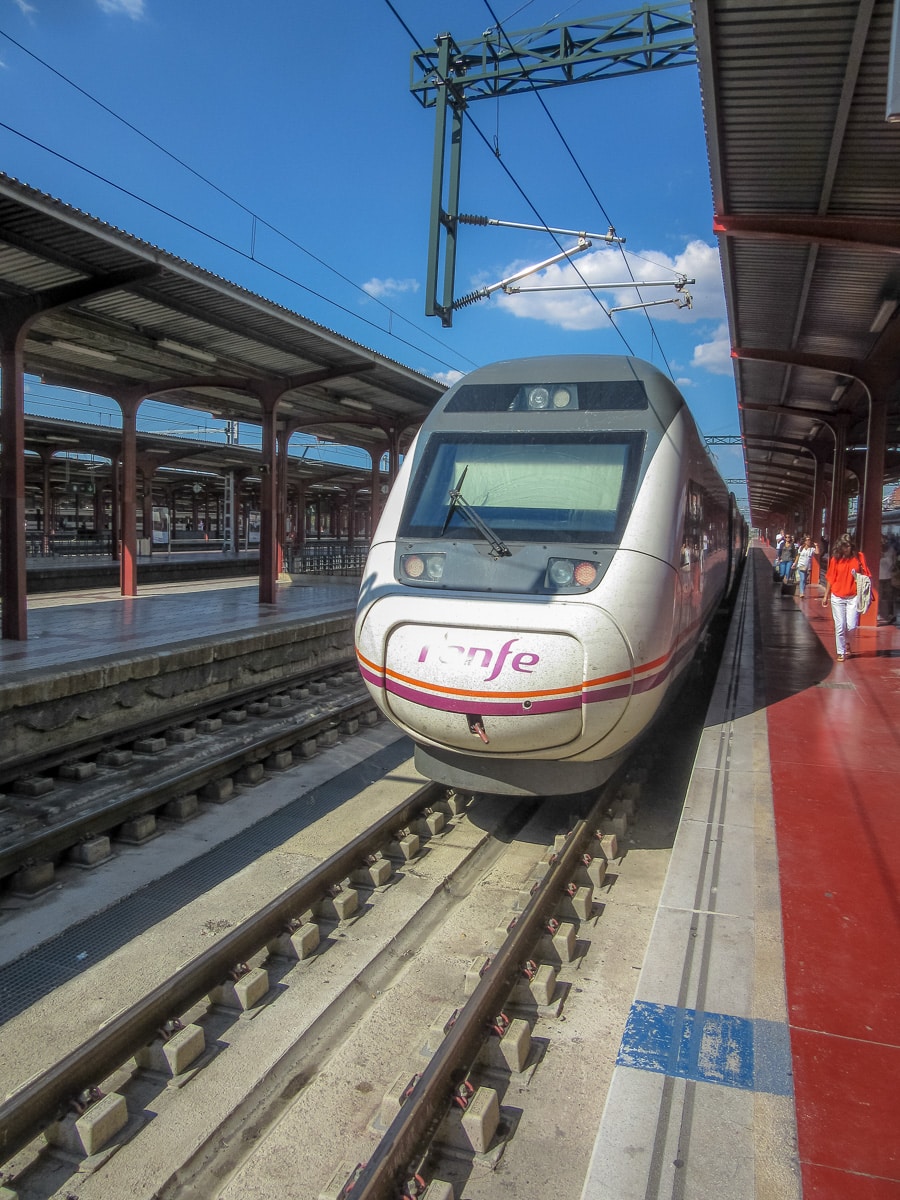 As our train entered the Estación de Atocha safely and with all of our luggage, we quietly breathed sighs of relief. The high-speed RENFE (Red Nacional de los Ferrocarriles Españoles—National Network of Spanish Railways) train had travelled between Montpellier, France and Madrid at speeds in excess of 225 kph (140 mph) in some places. The few stops that were made were very short and doors closed with no warning. I guess that if you want to call yourself “High-speed”, you don’t linger … anywhere.

After making our way out of the security zone, similar to airports where only ticketed passengers are allowed, we met Nader, the owner of the AirB&B apartment where we would stay for the next four weeks. He had kindly arranged to meet us at the station, and organized transportation with his friend Jose to take us to the apartment. 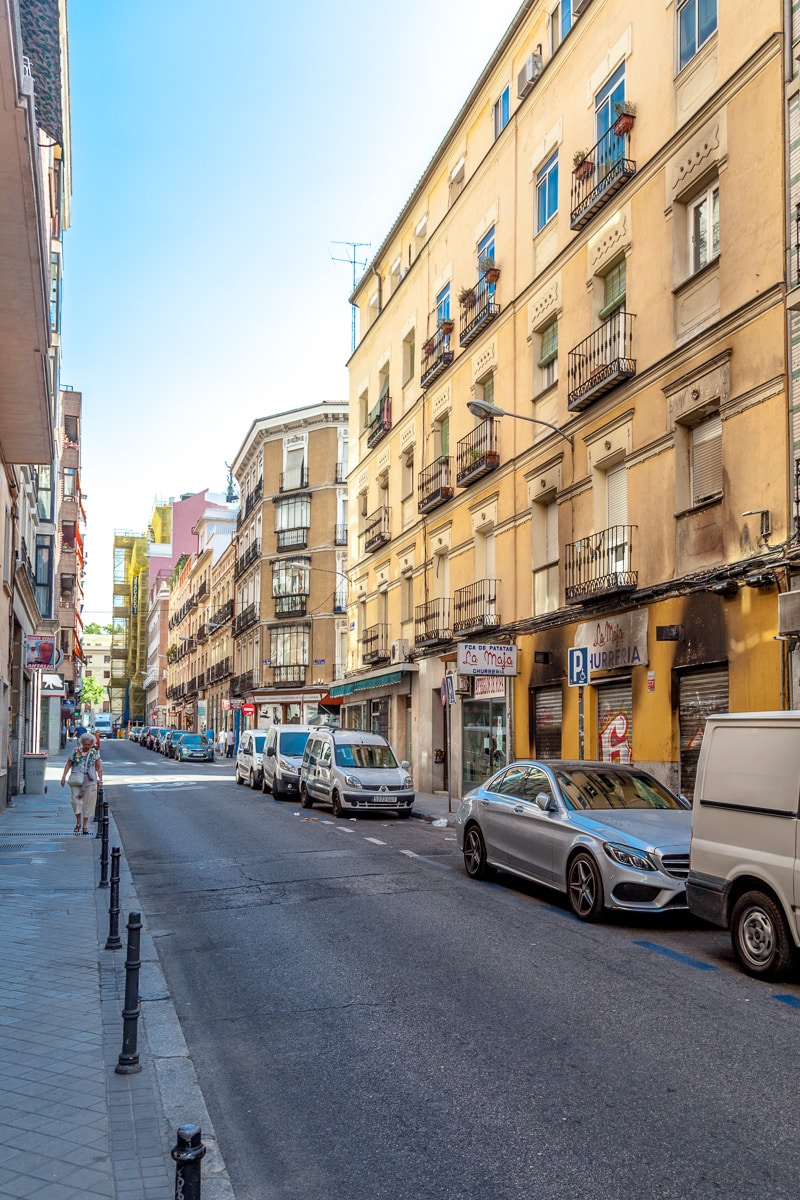 Arriving at the charming little apartment, we were given the full tour and then Nader departed with a cheery “Adios”. (Note that there is now a link to photos of this apartment in the Our Homes section of this blog.)

After getting somewhat settled in, we needed to get out, stretch our legs and pick up some groceries. As we stepped out the door of our building, we knew this was a new adventure. 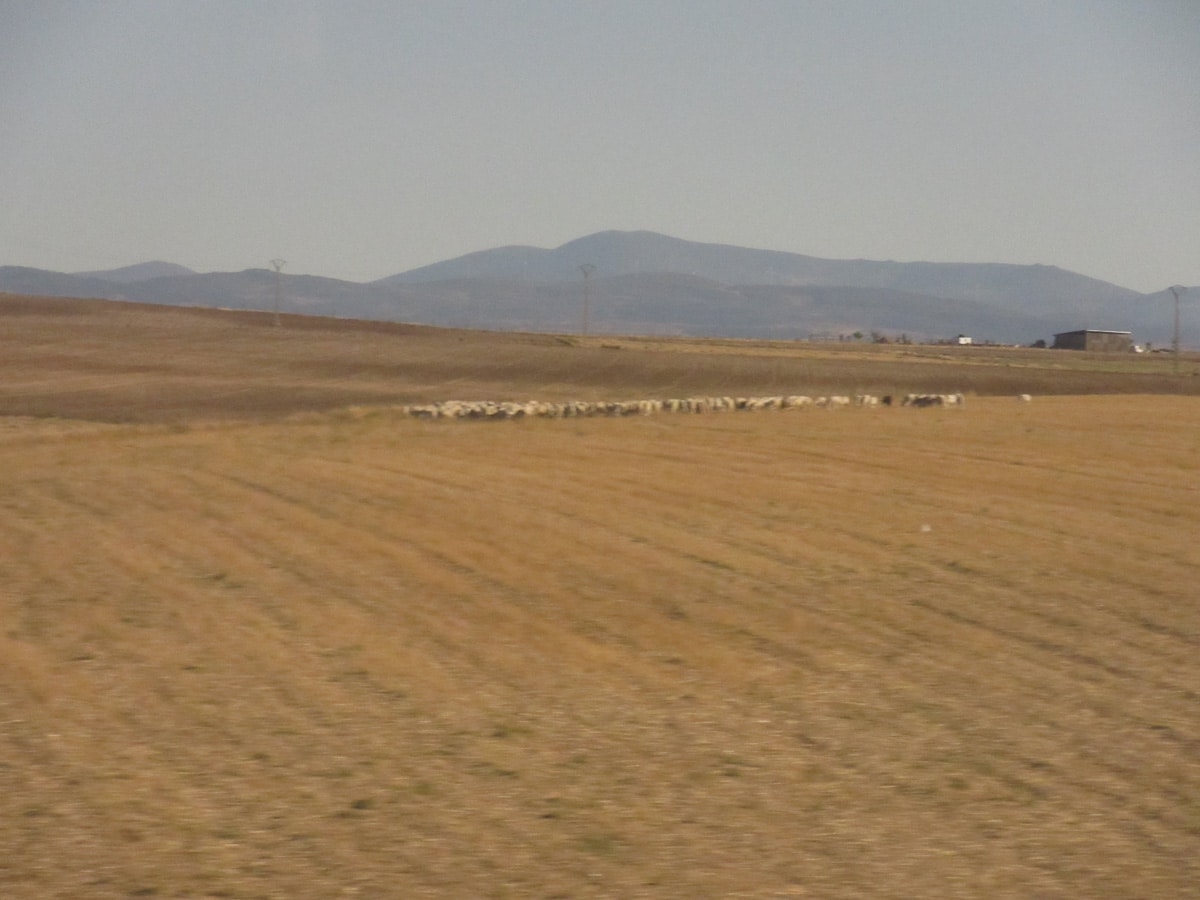 Spain is so different from France in so many ways. While we traveled on the train, the terrain was mostly rolling, sparsely covered grasslands or savanna. Most of Spain is on a high plateau where the weather can be harsh. It reminded us of many parts of the American Southwest.

The next big difference is that everyone speaks Spanish. While that may produce a collective “Well, duh!” remember that we had been force-feeding ourselves French for a long time. When we went to Italy for about six-weeks we also suffered discombobulated multi-lingualism and now we are struggling immersion into Spanish. You know, when you think in English, speak Spanish and parts still come out in French AND Italian. 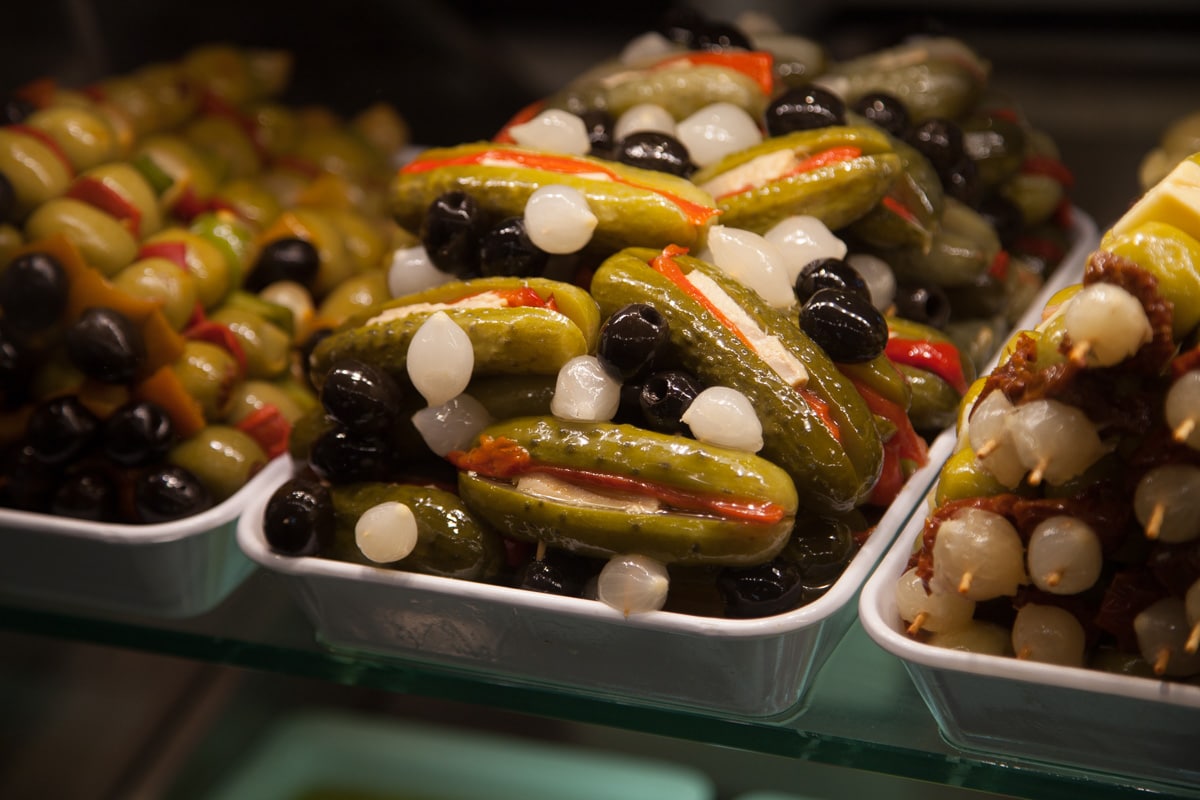 Then there is the food, which is delicious, but the meal times are, uh, interesting. In Spain you have five meals a day, and that is for someone that likes food a delicious problem.

Desayuna – 7am Breakfast: coffee or hot chocolate accompanied by toast with jam, a small pastry or “churros” (fried Spanish fritters with sugar).

Almuerzo – 10:30am(ish) kind of a coffee break with a small snack to help survive until lunch.

Comida – 2pm Lunch is the most important meal of the day, generally consisting of several courses, often requiring a nap (siesta) afterwards.

Merienda – 6:00pm(ish) Another light meal or snack to help make it to dinner

Cena – 10pm Dinner, though similar to lunch it is usually lighter. It’s a late affair and if you show up at 9:00 you will be the only ones in the restaurant.

Then you sleep, wake, and do it all over again. 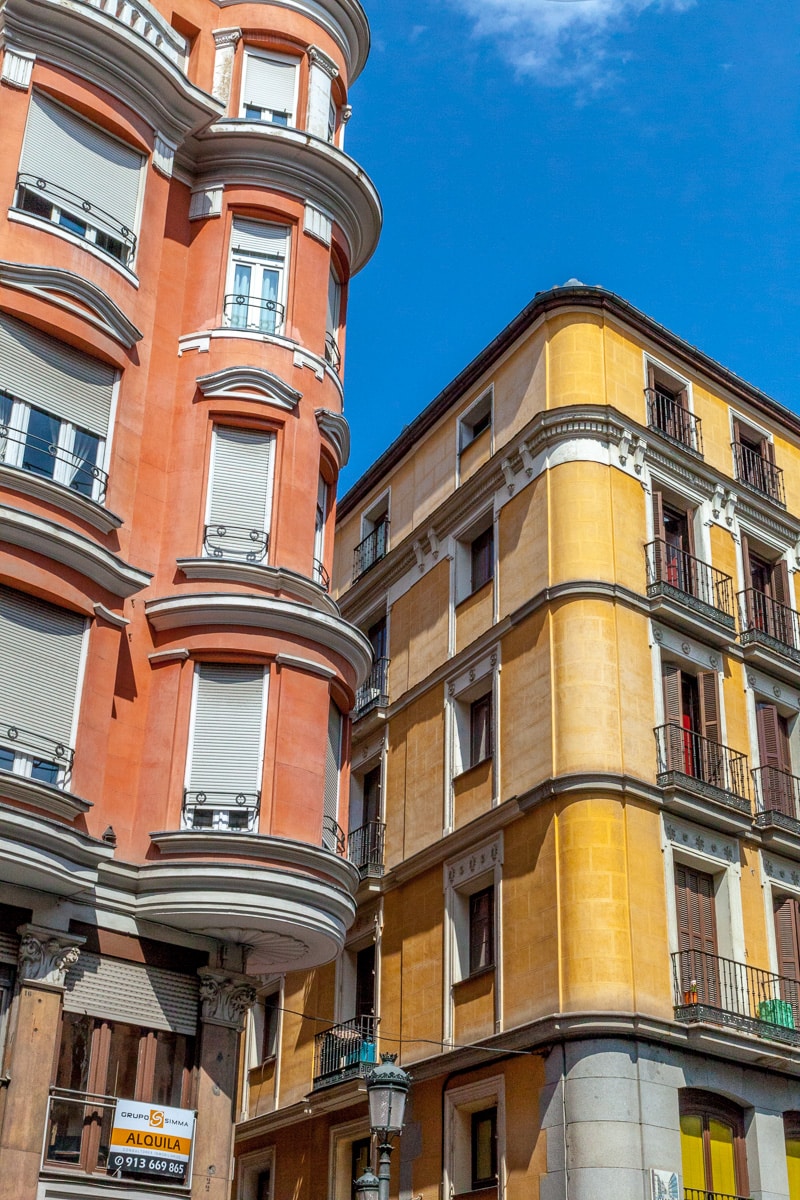 Not long after we arrived we had the wonderful opportunity to meet Barbara Drake for drinks and a meal. Barbara was the owner of the first apartment we stayed at in Montpellier in February 2014, during our “trial run”. Though we almost missed her, we had a delightful conversation that touched on a variety of topics including our possible travel to New Zealand where Barbara lives.

The next day we found our way to the Plaza Mayor and Puerto del Sol, two of the busiest plazas in Madrid if not all of Spain. But then we discovered the Mercado de San Miguel and wow, tapas, tapas, tapas, and wine, wine, wine. The small appetizer-sized tapas were perfect for snacks and wine (good wine) was generally less than 3€ a glass.

The Prado museum is one of the world’s greatest collections of European art. It is based on the former Spanish Royal Collection, and is the best single collection of Spanish art. Knowing that we wouldn’t be able to appreciate the entire collection in one day, we opted for a 2-day pass so when we became bleary-eyed, about half-way through, we could leave and return another day to see the other half.

The plan worked out well so that we were able to finish the day’s museum visit then go to the nearby train station. There we purchased our senior discount passes for Renfe trains, and tickets for our upcoming trip to Segovia. 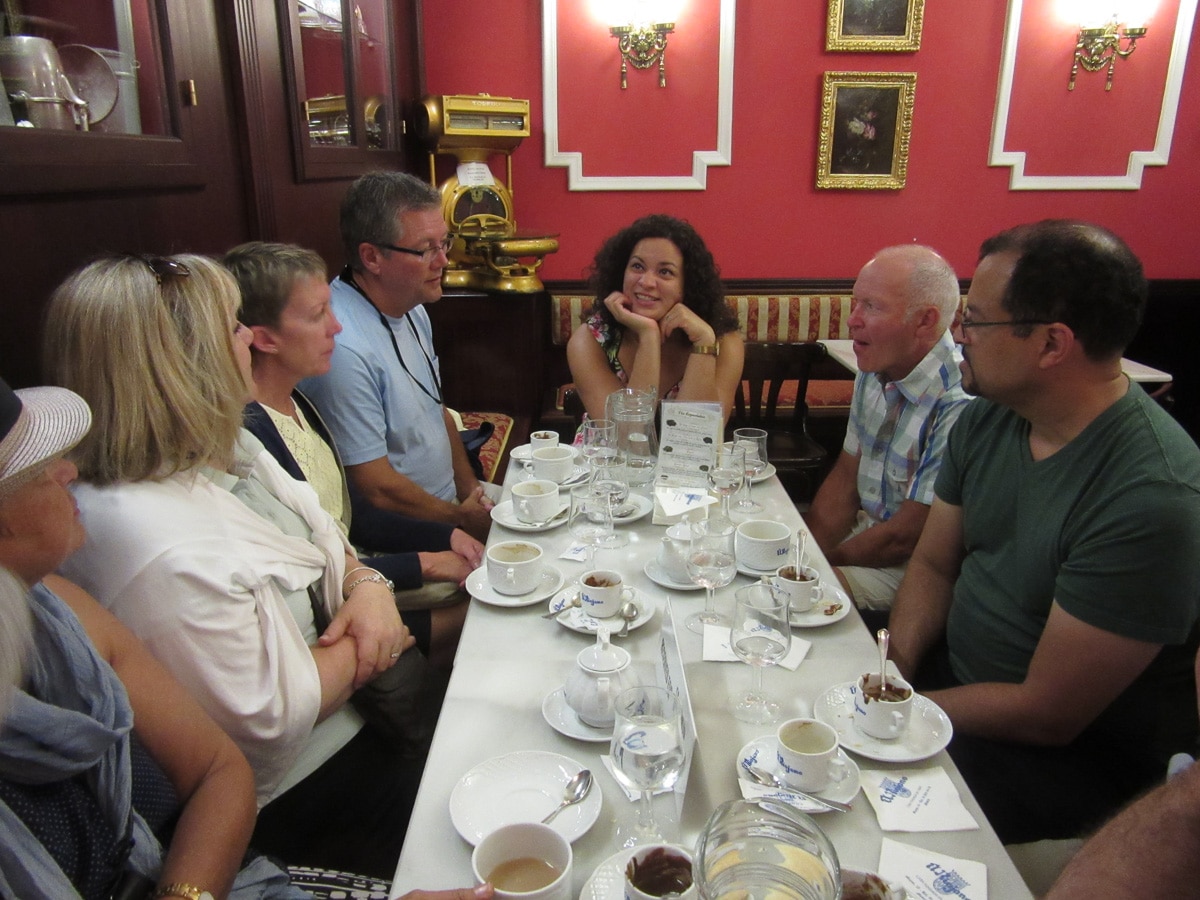 The following day we decided that we should do a food tour so that we could become more familiar with the Spanish food scene and with some of the local places in Madrid. We chose the Ultimate Spanish cuisine tour. We were met at the Plaza Mayor by Joy, an American expat and four other couples from the US, UK/Canada, and New Zealand. The tour featured only small, mostly family owned establishments, and many that had been in business for over 100 years. While we initially balked at the cost, the reviews were all so positive that we took the chance. It turned out to be a great tour. Not only was Joy a delightful and informative guide, but the diversity, quality, and quantity of food that we enjoyed over the 4-5 hour tour left us hardly needing to eat anything else for the remainder of the day.

The first week was incredible. Though the close of our time in France included some unexpected detours, the new doors that opened here in Spain, though very different, are exciting and delicious. More than we could ask for in an adventure.