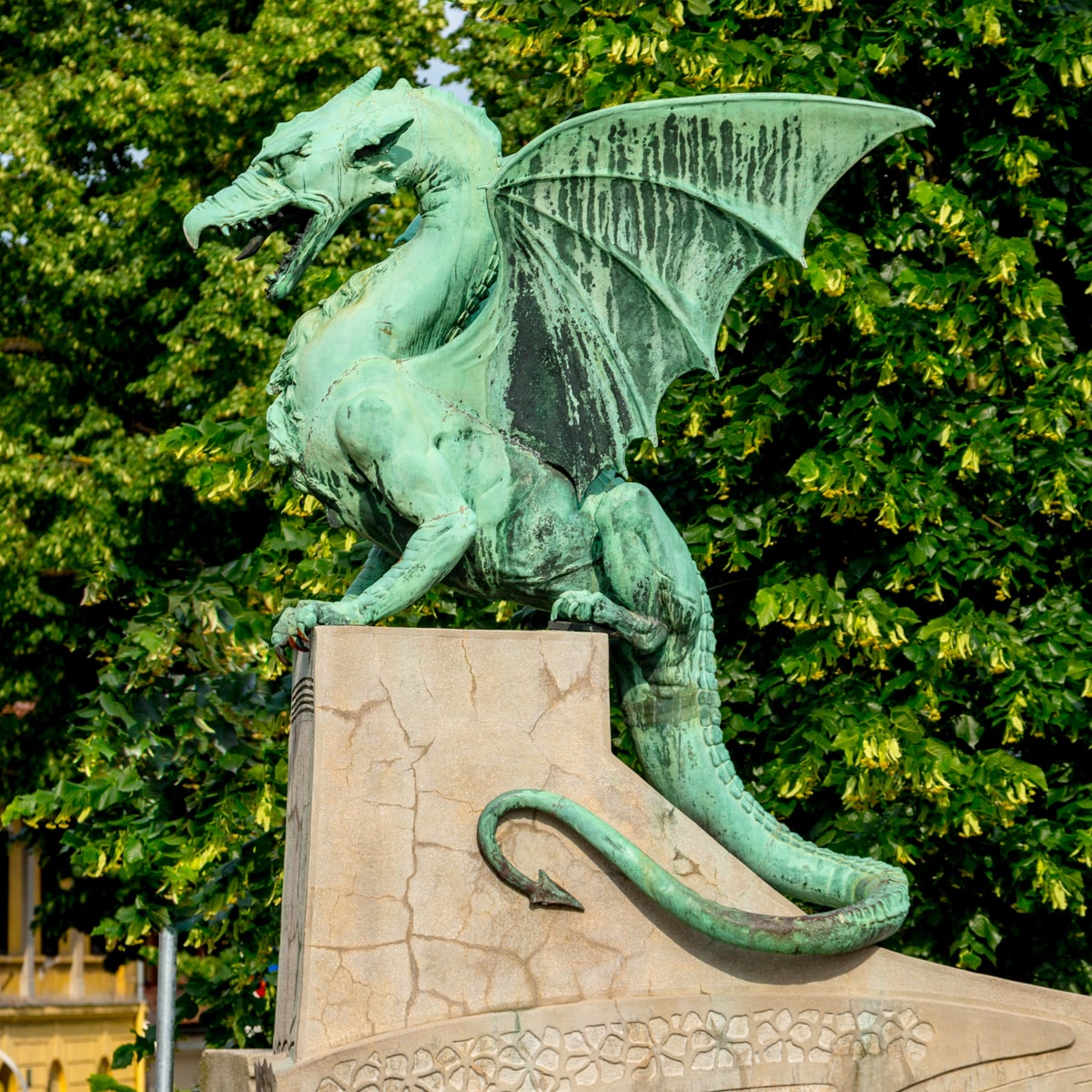 The trip from Trieste to Ljubljana (loo-blee-ah-nah) took only about 1.5 hours. Our initial impressions were that Slovenia was green, with many big hills, and in the distance, really big mountains. We were right, but it would get even better, and surprisingly so.

The owner of our Airbnb flat met us and assisted getting our bags up the five flights (70 steps) to the nice bright apartment.  He gave us the full tour then took us out to the balcony, where we all shared a bottle of wine, bread, homemade salami (made by him), cheese, and fresh strawberries and a very informative conversation about Slovenia and Ljubljana.

After unpacking, we went out to get some provisions. There was a small, local grocery store a block or so away for basics, though we didn’t think we would cook much while here. 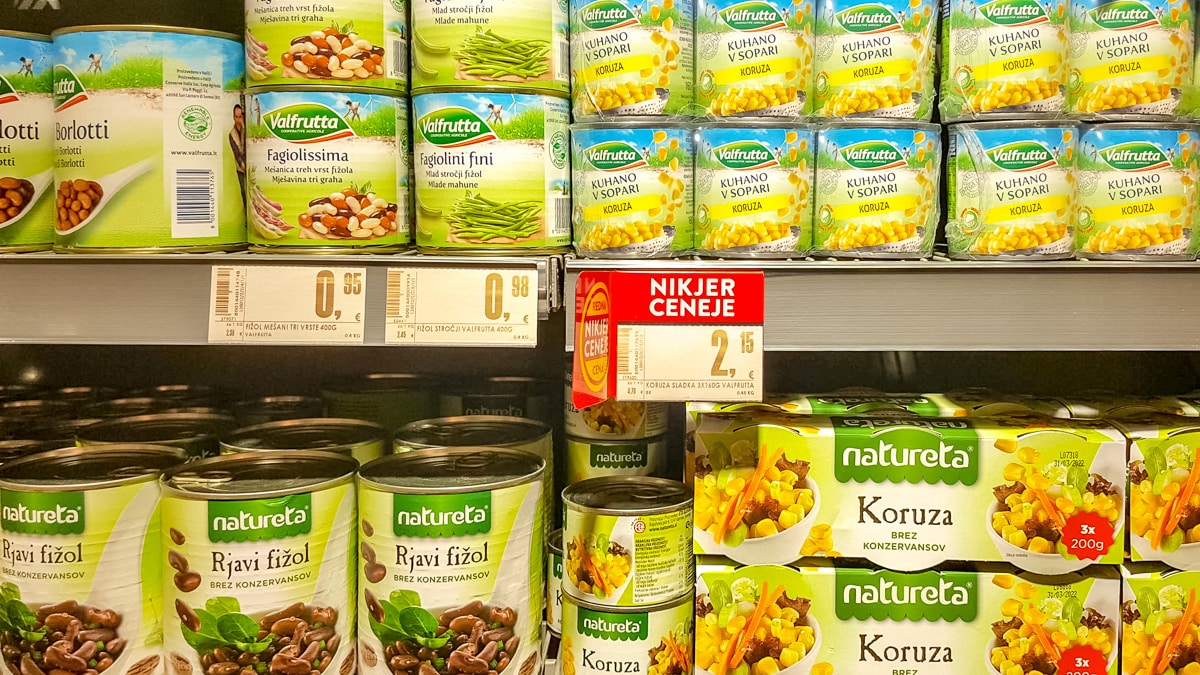 It was quite difficult trying to figure out some of the goods on the shelves. Learning even small bits of the Slovenian language can be quite challenging. For example, in Slovenian many words exist without vowels (mostly very short words). Some words without vowels are “čmrlj” (bumblebee), “zvrst” (genre) and “čvrst” (solid), including some with only two letters like “rt” (cape) and “rž” (rye).

The good news was that practically everyone speaks English, German or Italian. 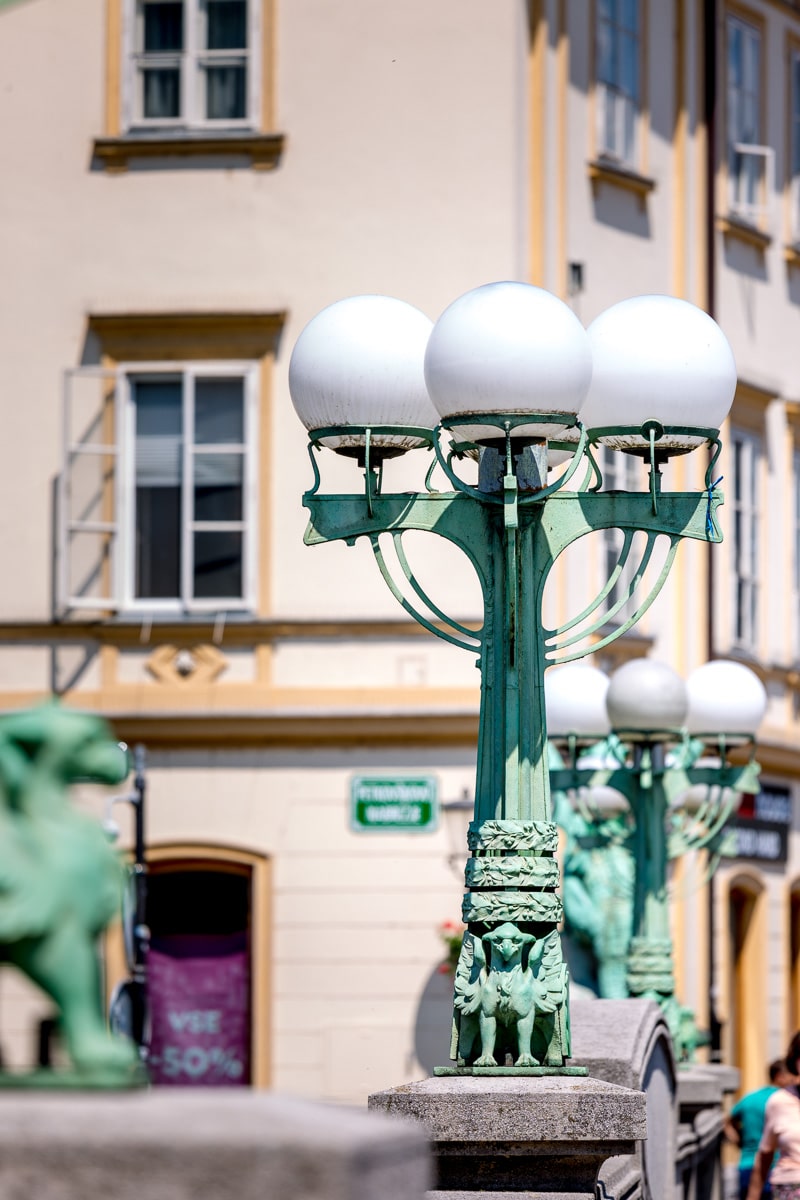 Once the pantry was taken care of, we took off towards the town center. Just a 15-20 minute easy walk away, and the entire trip was under the watchful gaze of the Ljubljana Castle, high on its hill in the background.

Our first stop was at the famous Zmajski most or Dragon Bridge across the Ljubljanica river. Built in the beginning of the 20th century, when Ljubljana was part of the Austro-Hungarian Monarchy, it was one of Europe’s earliest reinforced concrete bridges and is today protected as a technical monument. It is also designed in the Vienna Secession style. 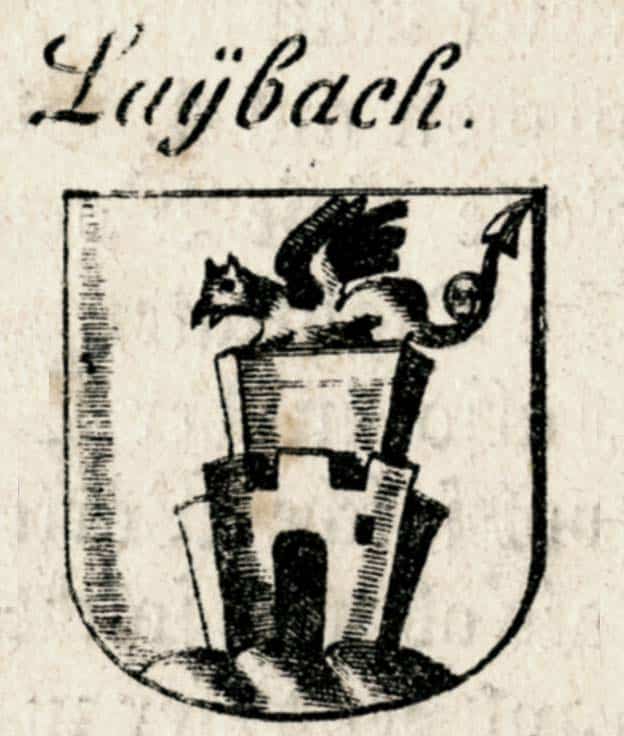 Part of the allure of the Dragon Bridge is because of the dragons, but they are more than mere fanciful statues, since the symbol of Ljubljana is the Dragon. It has been depicted on the top of the tower of the Castle in the city’s coat of arms since the 1600s. 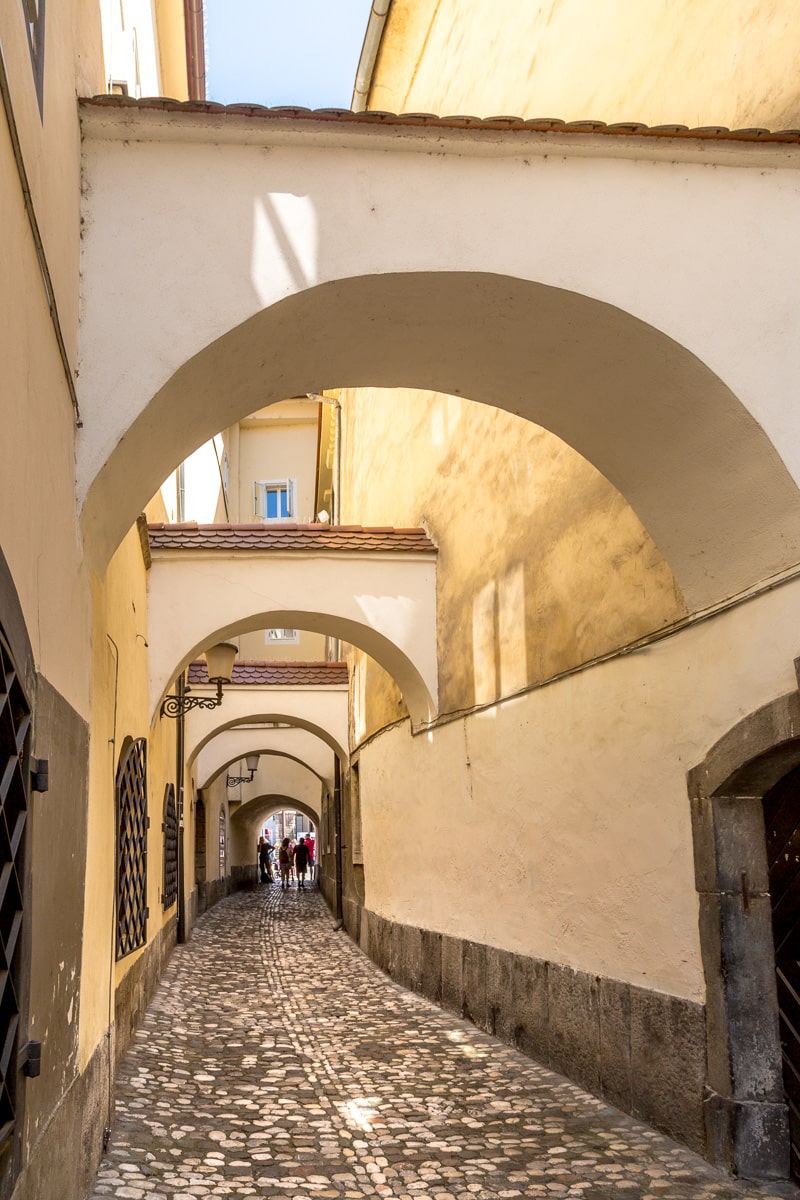 Ljubljana’s history extends back as far as 2000 BC. Around 50 BC, Romans built a military post that later became a permanent settlement. By the Middle Ages, Ljubljana was well established and recognized for its art, particularly painting and sculpture.

Then in 1511 an earthquake destroyed the town, and it was rebuilt in the Renaissance style. By the 16th century, Ljubljana became an important educational center. Later, in the middle and the second half of the 17th century, foreign architects built and renovated numerous monasteries, churches, and palaces in Ljubljana and introduced Baroque architecture mostly in the Italian, particularly Venetian, style. 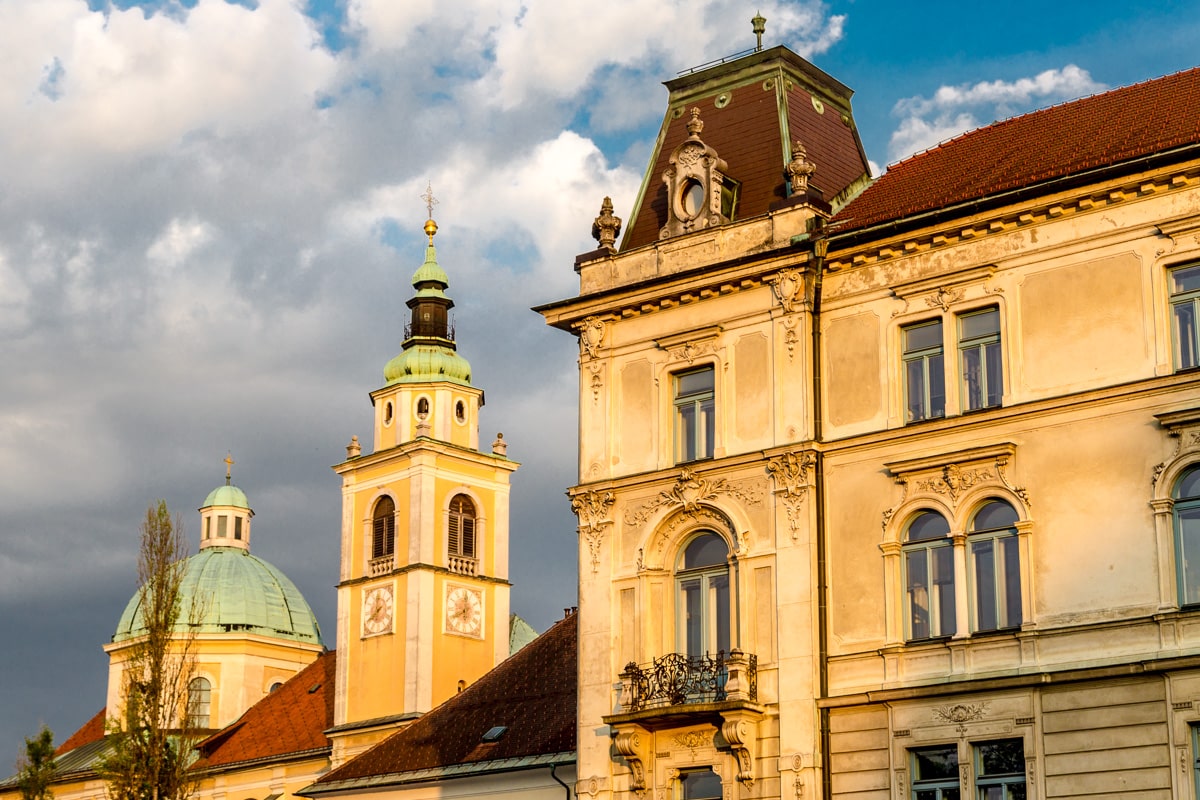 After a brief Napoleonic rule, the city again came under Austrian control in 1813, and from 1815 to 1849 was the administrative center of the Kingdom of Illyria in the Austrian Empire. During this time it was known by its German name Laibach. Then in 1895, Ljubljana, a city of 31,000, suffered another serious earthquake. 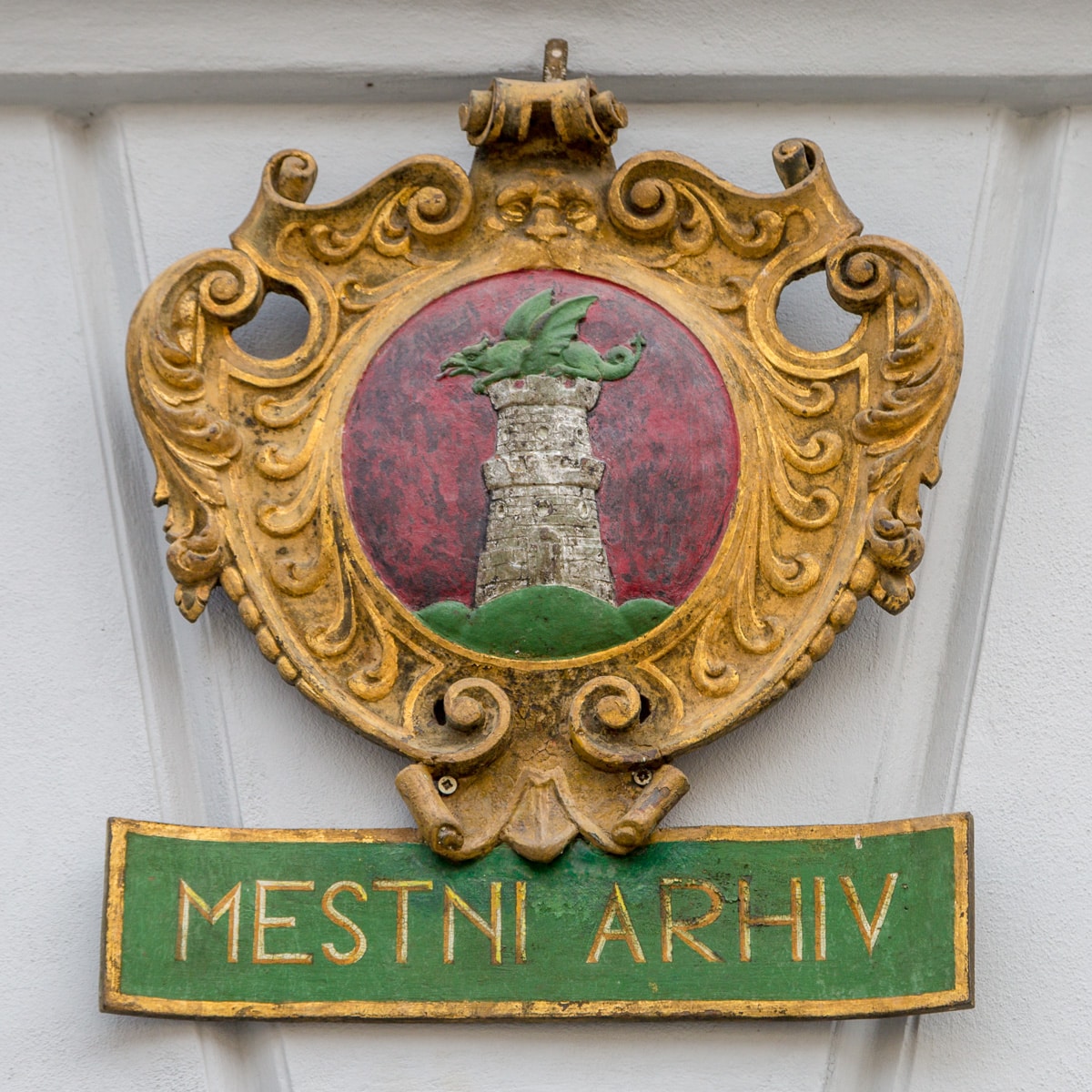 It was about this time (1888 and1913) that Jeannie’s paternal great-grandparents left Slovenia (though it was known under a different name) to emigrate to the United States. She will expand on her genealogical investigations and what she found in a future post.

While many Americans imagine Slovenia as an eastern communistic country, close to Russia, this is far from truth. Slovenia has a Central European geographical position, and any communist party connection was split from Russian policy after the Second World War. As one of the six Yugoslavian republics (and never part of the Warsaw Pact) a certain level of self-government was retained, and Slovenia got its first constitution in 1947. It was only in 1991 that Slovenia split from Yugoslavia and became an independent country. 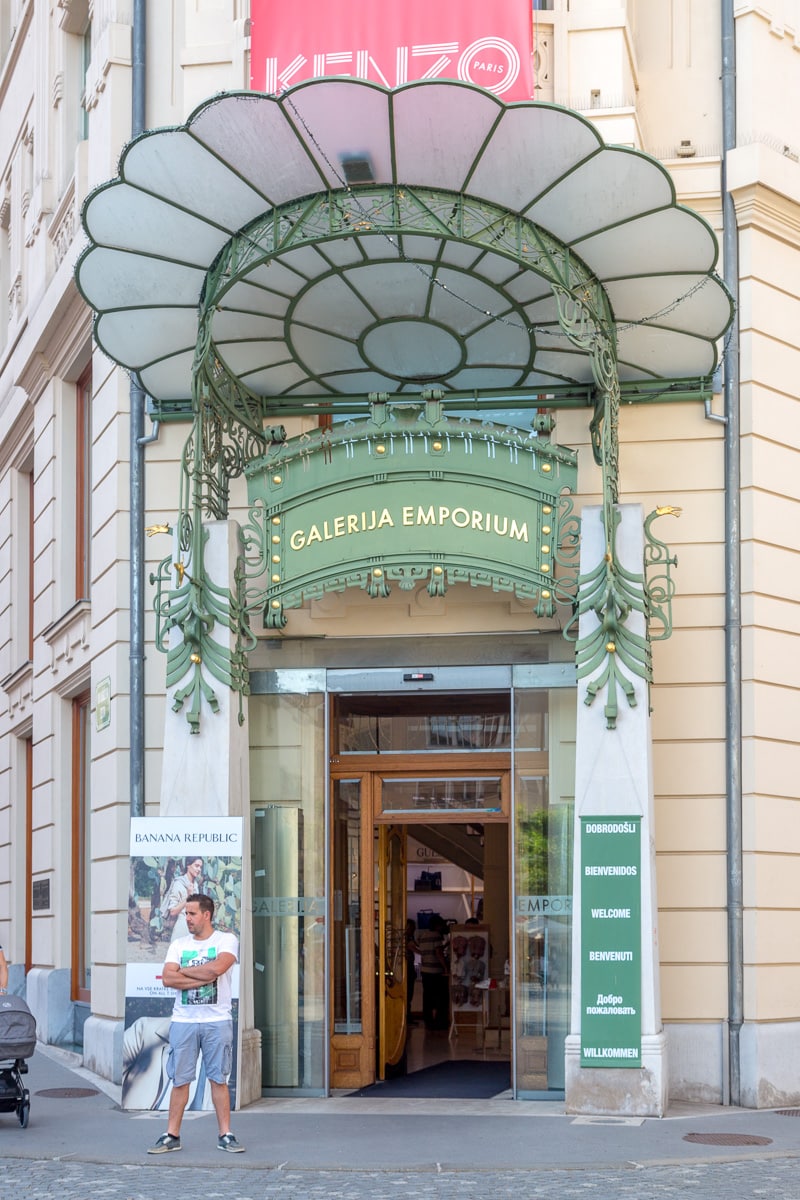 In the early 20th century the newly emerging “Art Nouveau” and “Vienna Secession” movements intersected, and even though they overlapped they were very different in style and popularity. While works produced in the style of Art Nouveau were organic in shape and detail, items produced during the Vienna Secession were more geometric in design and pattern.

It was during reconstruction from the 1895 earthquake that a number of the city’s districts were rebuilt in the “Vienna Secession” style. Many marvelous examples of that era abound throughout the city. 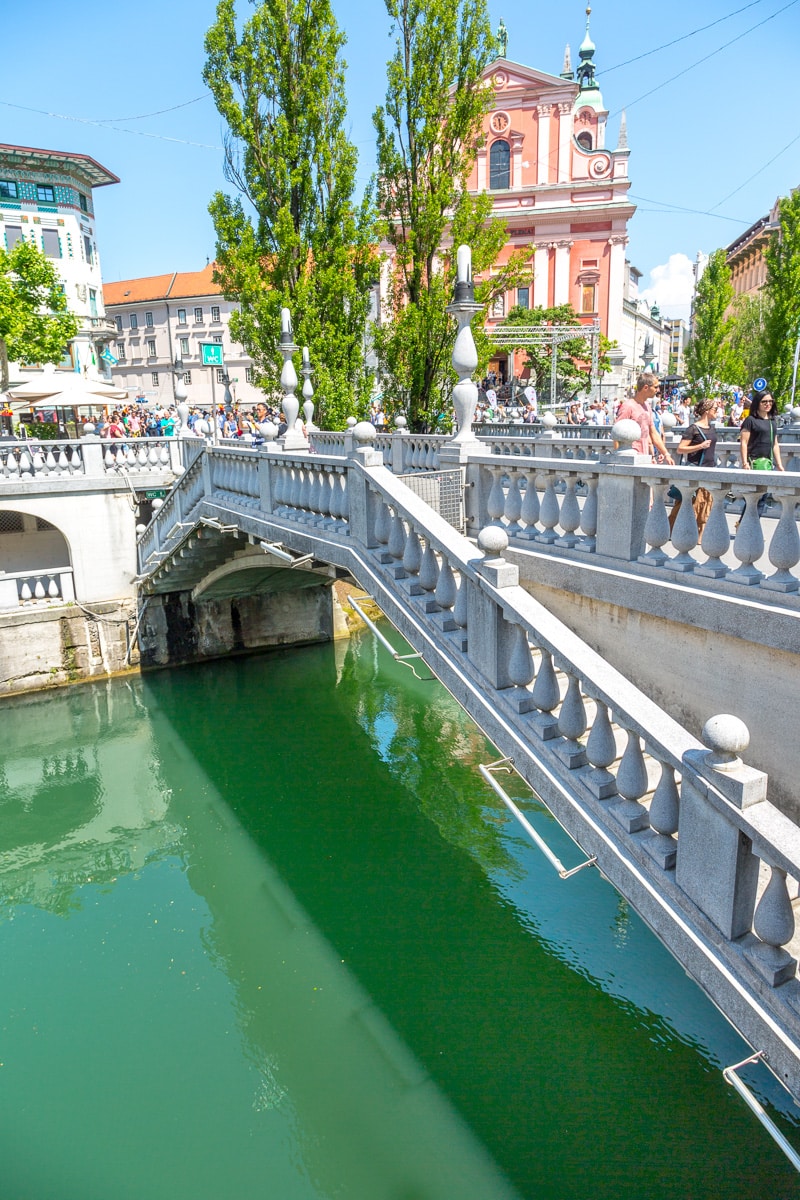 During the period between the World Wars, Ljubljana commenced upon another architectural transformation, but this one was because of the works of one man, architect Jože Plečnik. One cannot turn a corner without coming across his influence on the city. A master of early-modern, minimalist design, Plečnik graced Ljubljana with large-scale urban design and buildings and structures with classic elements such as pillars, balustrades and colonnettes redesigned combined with a modern approach in his own original artistic style. Almost every major town in Slovenia – and many other out-of-the-way places – can boast at least one of his beautiful buildings or creations. 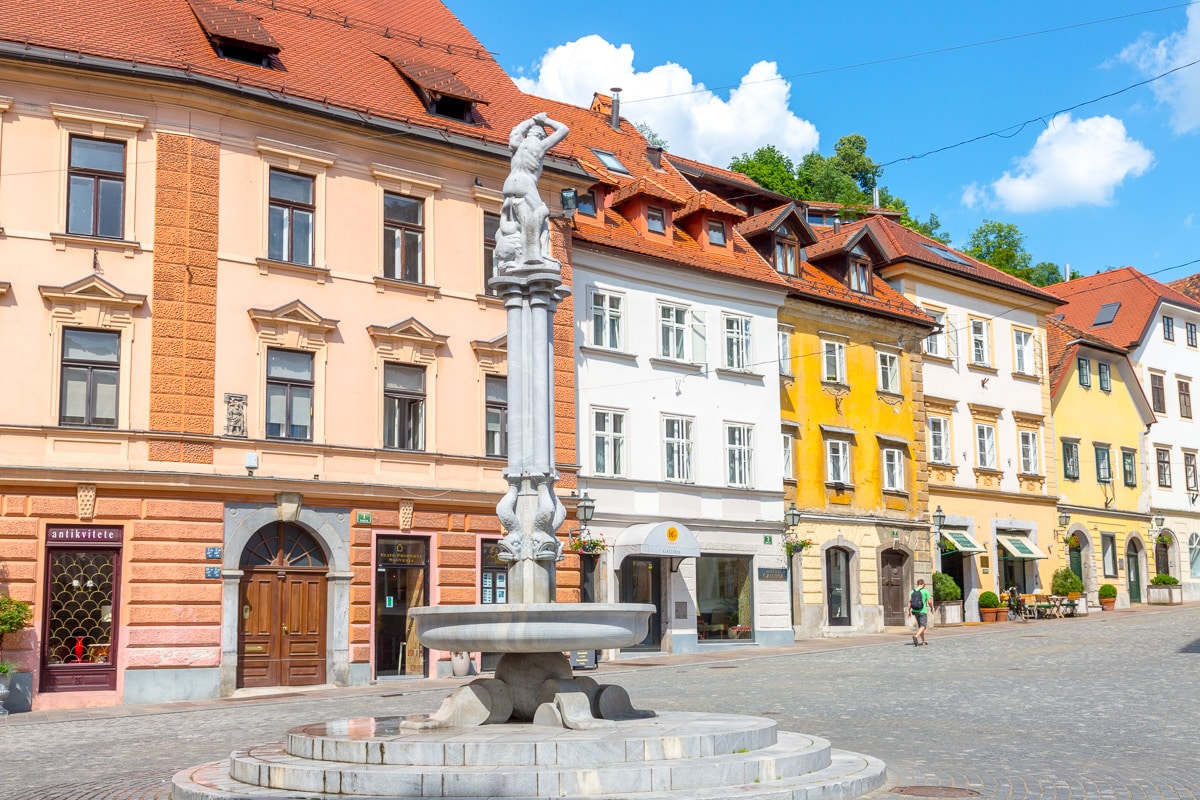 Ljubljana’s  old town still retains its medieval buildings and narrow, cobbled streets beneath Ljubljana Castle. Linking the Old Town and the Center district is Plečnik’s famous Tromostvoje (or Triple Bridge). Across the Ljubljanica river and opposite the old town is Prešernov Trg a marvelous public space of understated elegance that serves as the city’s favorite meeting point. It is also the center of a massive area closed to motor vehicle traffic making it even more people-friendly. Here a statue celebrating the Slovene national poet France Prešeren with a muse stands just off the center of the square. 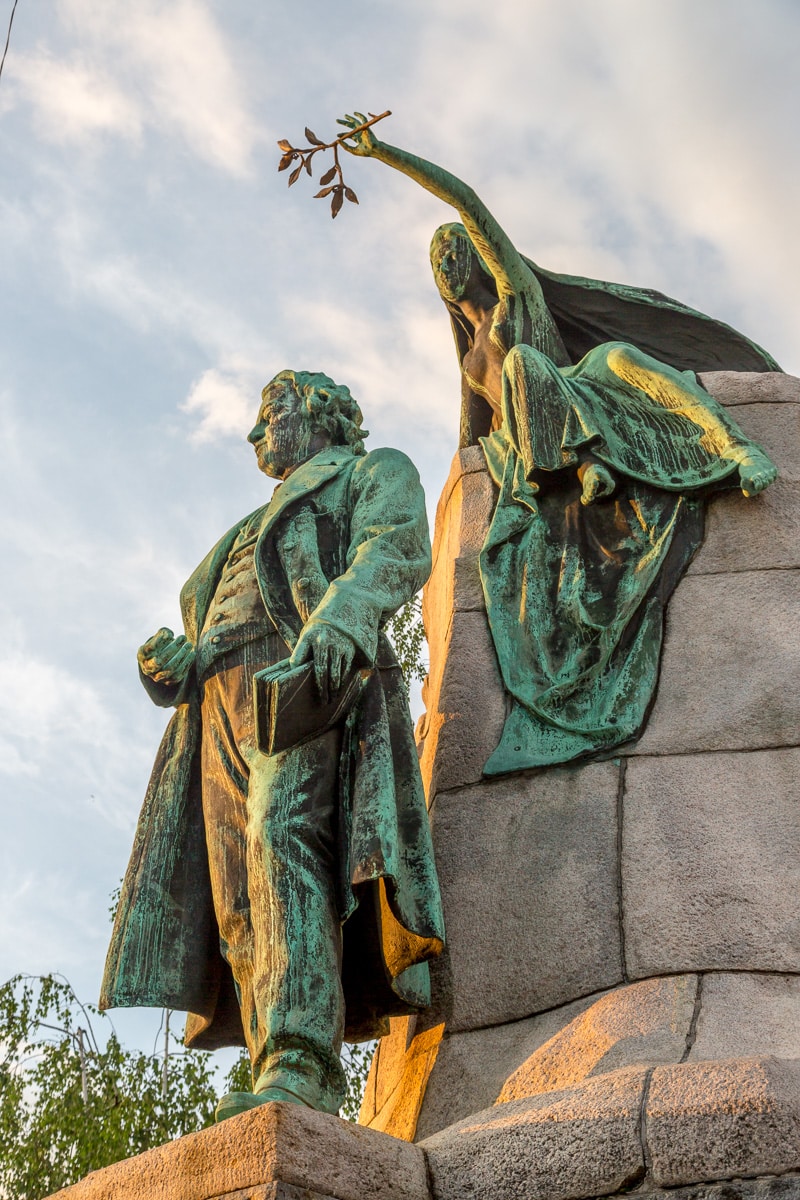 It is a revealing point about Slovenia in general and Ljubljana in particular that they put their poets on pedestals and not generals or politicians. Public higher education is free of charge for native full-time students and for students from EU countries. Slovenia became the first country in the world to be designated as a “green destination,” and Ljubljana won the European Green Capital award for 2016, and the WTM Responsible Tourism Awards in 2017, among others. The capital of Slovenia has been putting lots of efforts to become a city with high environmental and hospitality standards.

The longer we stayed here the more we came to appreciate the origin of the name Ljubljana. While subject to some disagreement, the most popular belief is that it derives from the word Ljubljena, meaning “Beloved”. And we agreed.