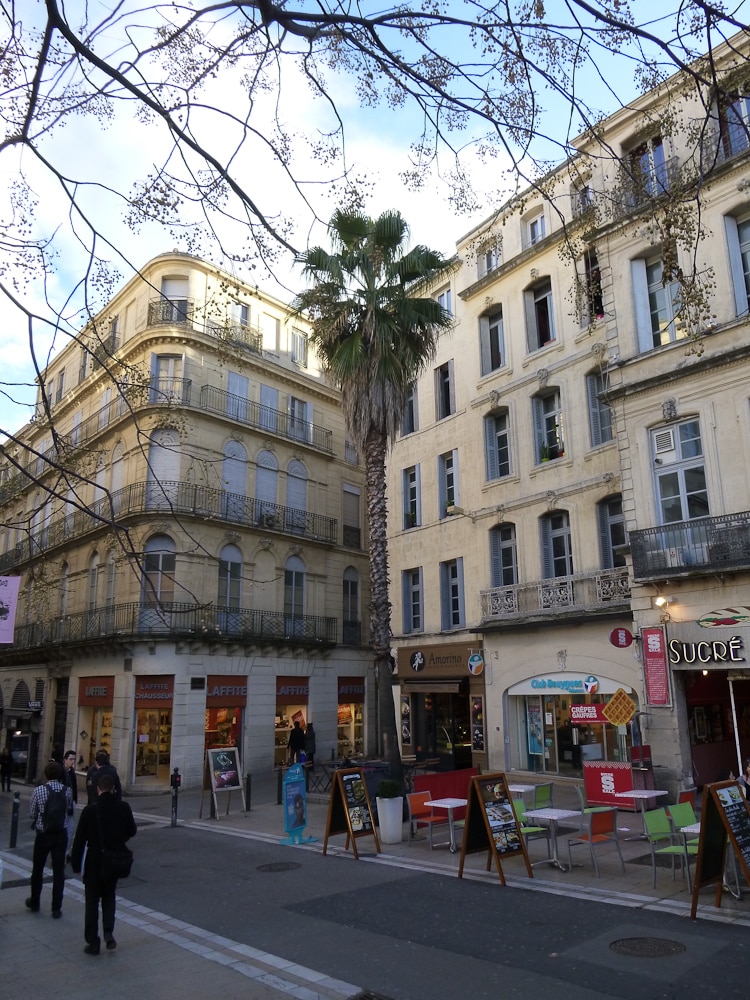 We were exhausted after our air travels, arrival in Montpellier, getting settled into the apartment, and several miles of walking about the old section of the city. I made a side walk to the “Monoprix” store around 1:00 for some kitchen items while Jeannie continued to recover from her cold.

I love trying to get lost in places like this. It reminds me of being in graduate school. I’d be in the science library and get tired of studying, I’d go to the stacks and roam the shelves. Randomly pulling a book down I’d sit on the floor and read. I found some of the most interesting things that way. In the same way I love to wander very old towns. While I may not understand all I see, it so fascinating. It also helps me set my internal compass.

Returning to the apartment with the necessary items in hand, we ate some bread and cheese while listening to Debussy. Outside the sun was breaking out of the clouds as the patrons of the cafe across from our apartment sat at their tables under the trees sipping their coffee.

As the afternoon became early evening (about 5:00) our appetites began to return and we dressed and began moving toward the small restaurant on the corner. Restaurants here don’t even think of opening for dinner until 7:00 or 7:30, and if they are open it is primarily for serving coffee or cocktails … not meals. We weren’t going to make it until then, we were tired.

Walking to an area where we might get some decent take-away we remembered Les Halles Castellane, an ancient market now located in a modern building. Composed of a number of local vendors selling fresh, mostly locally-produced foods from flowers to cheeses to vegetables to seafood, including several who have prepared dishes for take-away. We stopped by one vendor to whom I admitted my lack of French language skills, and he also admitted his lack of English (though his abilities were in fact quite good). We had a good discussion and got a bottle of locally produced wine and a delicious meal that we took back to the apartment, warmed and consumed with delight.

And we slept the sleep of weary travelers … 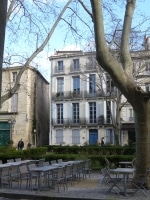 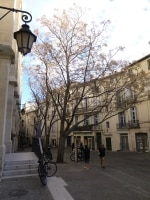 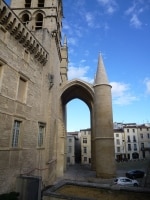 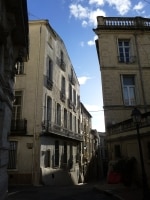 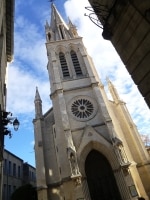 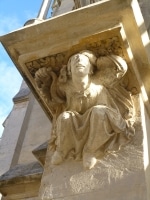 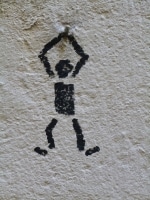 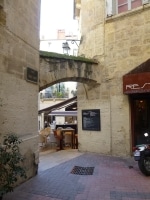 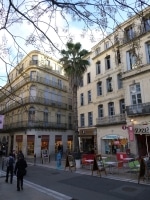 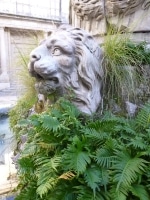 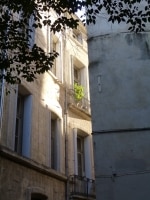 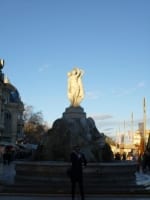 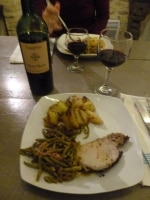