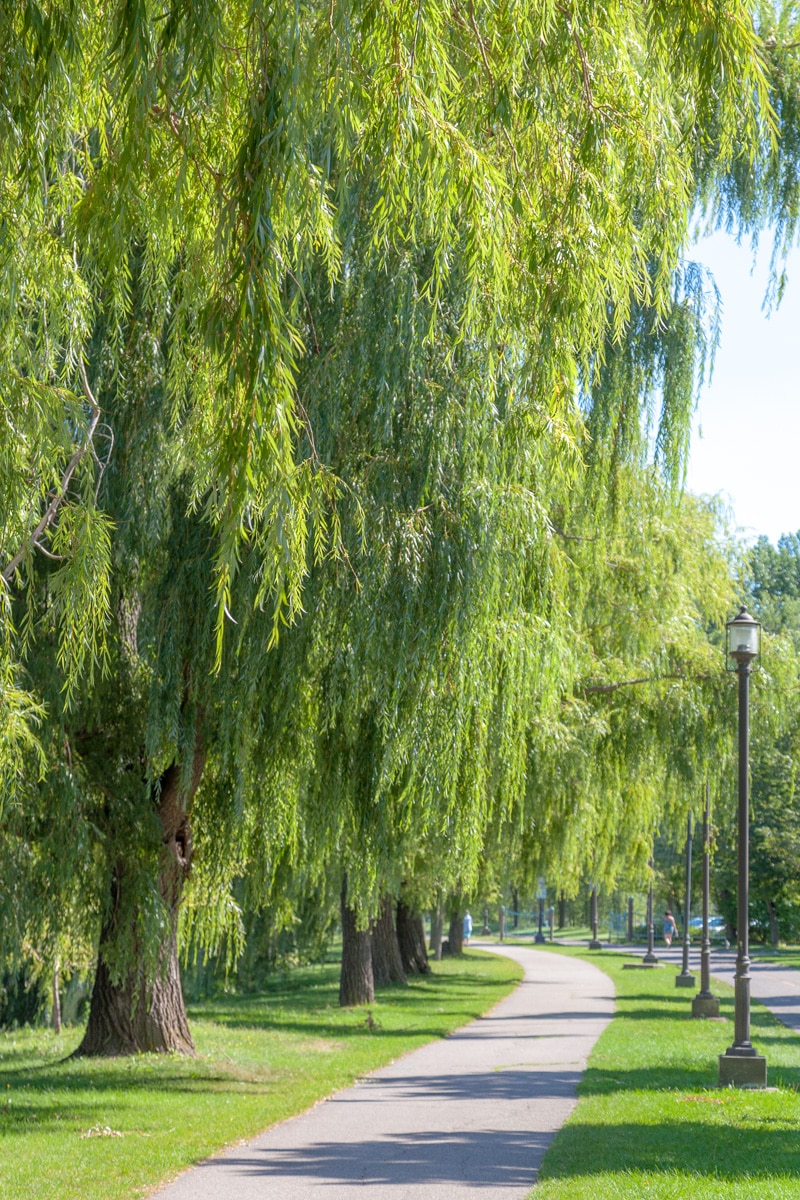 No matter where we travel, we always seek out nature. Whether in forests, woods and other natural areas, or parks, gardens, and greenways, we find these places to be refuges from the commotion of big cities.

Montréal was no exception, and on a beautiful late-August day we took the metro out to Maisonneuve Park in the shadow of the Olympic Stadium from the 1976 summer games. 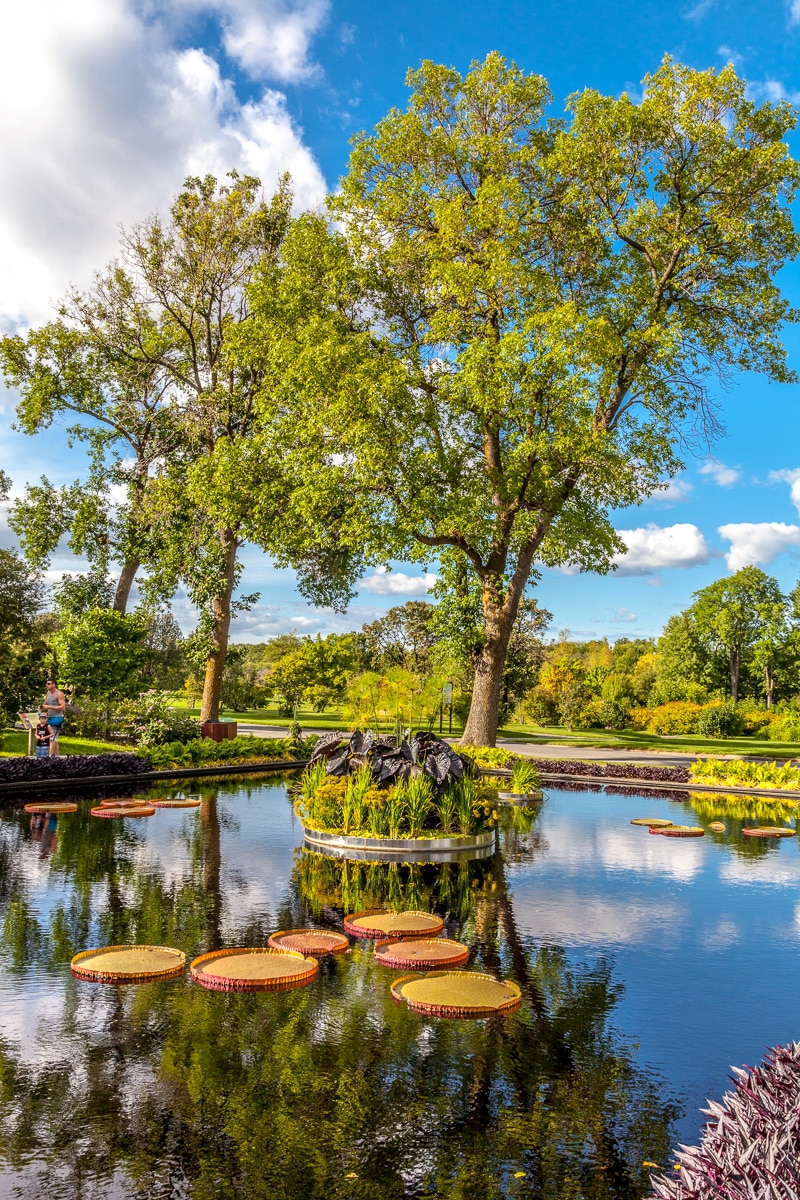 Founded in 1931, the Jardin botanique de Montréal, with its extensive collections and facilities, is considered one of the top botanical gardens in the world. The campus is also home to an important botanical research institution.

We entered the gardens at the entrance nearest the Insectarium, which is considered one of the largest insect museums in North America. After touring the very interesting exhibits, we wandered the main areas of the 75 hectare (190 acre) gardens. 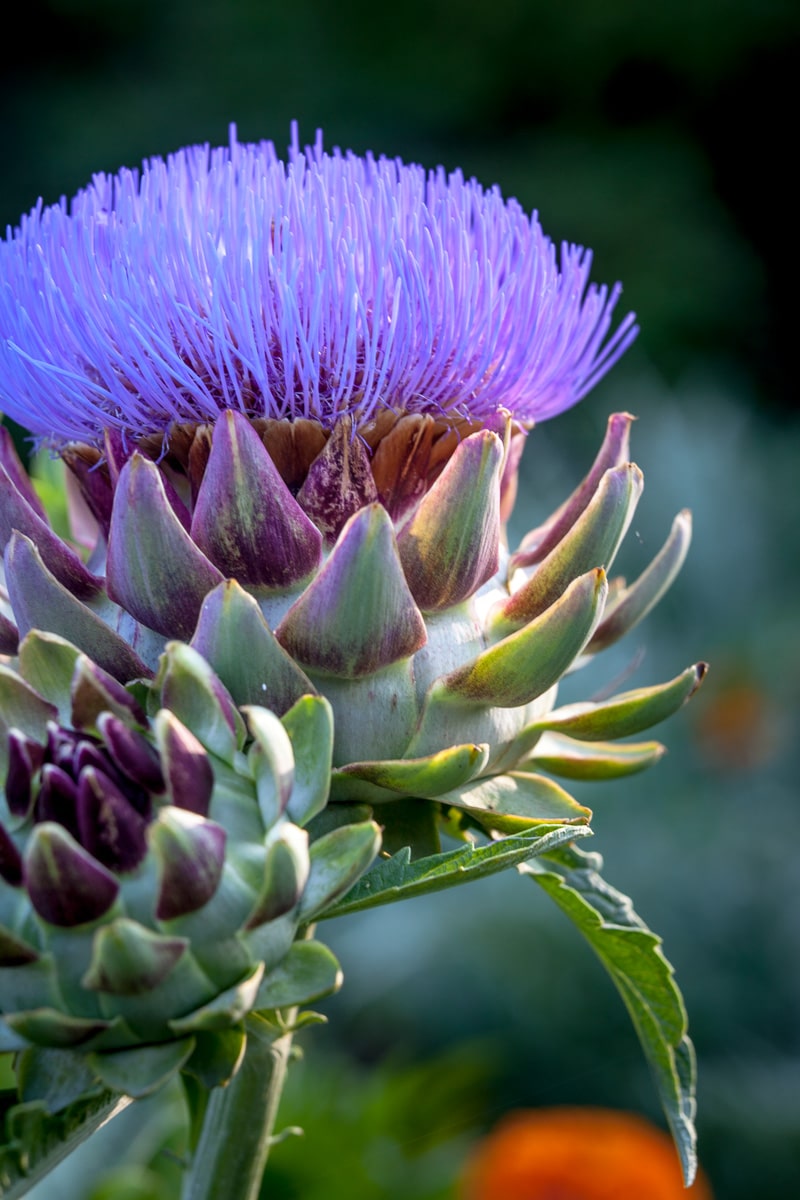 The traditional Ming Dynasty-style Chinese garden was being worked on at the time of our visit, but the nearby Japanese Garden was exquisitely filled with plantings woven together with paths. Enticing you to walk down the winding paths to traditional-style structures and seemingly secluded niches to pause and reflect, every plant, pond, rock and object was deliberately and purposely placed.

The First Nations Garden is an area dedicated to the cultures of the native population of Canada. Plant species endemic to Quebec and other North American regions are kept in the garden; as well as medicinal and food plants of the First Nations. 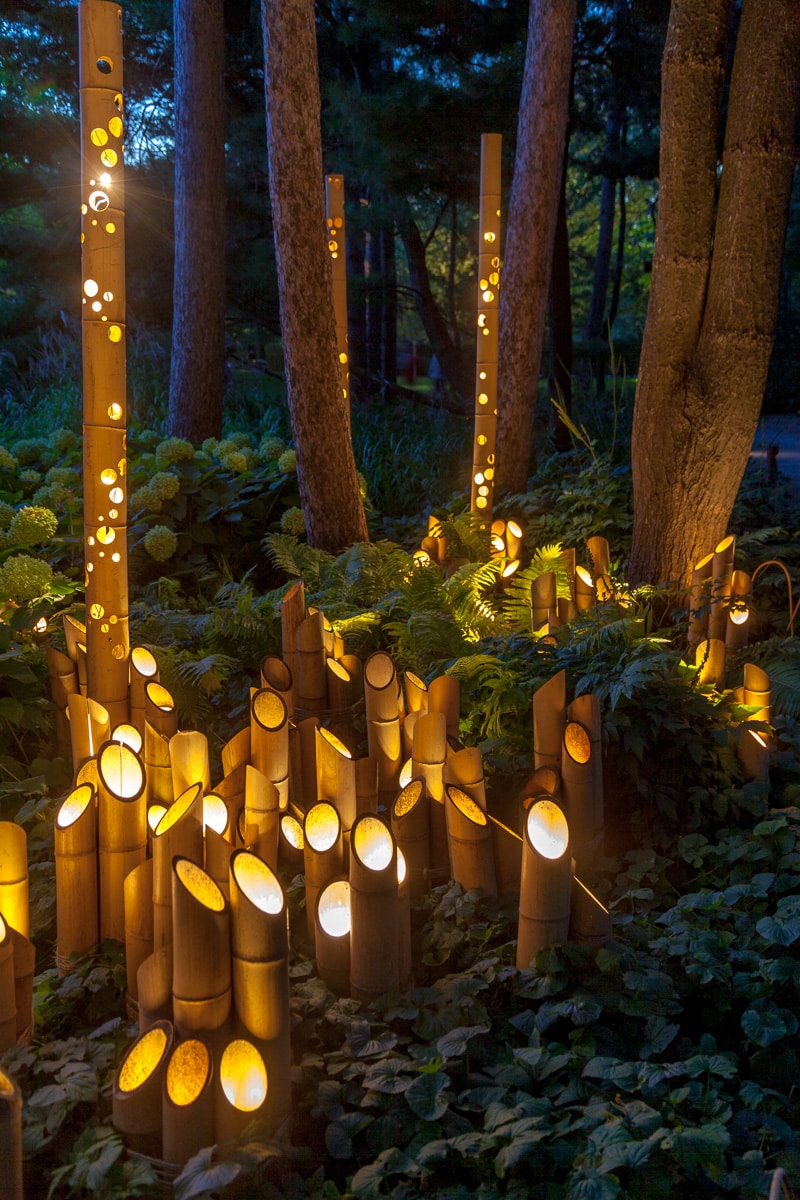 Numerous other themed gardens and 10 exhibition greenhouses provided far more than we could see in just this visit, so we knew that we would have to return. And just as we were leaving we learned that the annual Gardens of Light event would begin in just a few days.

For September and October, the Gardens of Light fills the Japanese Garden with creatively and artfully placed lighting to illuminate the trees, plants, and structures  while the Chinese Garden was filled with multi-colored, fancifully-shaped lanterns. 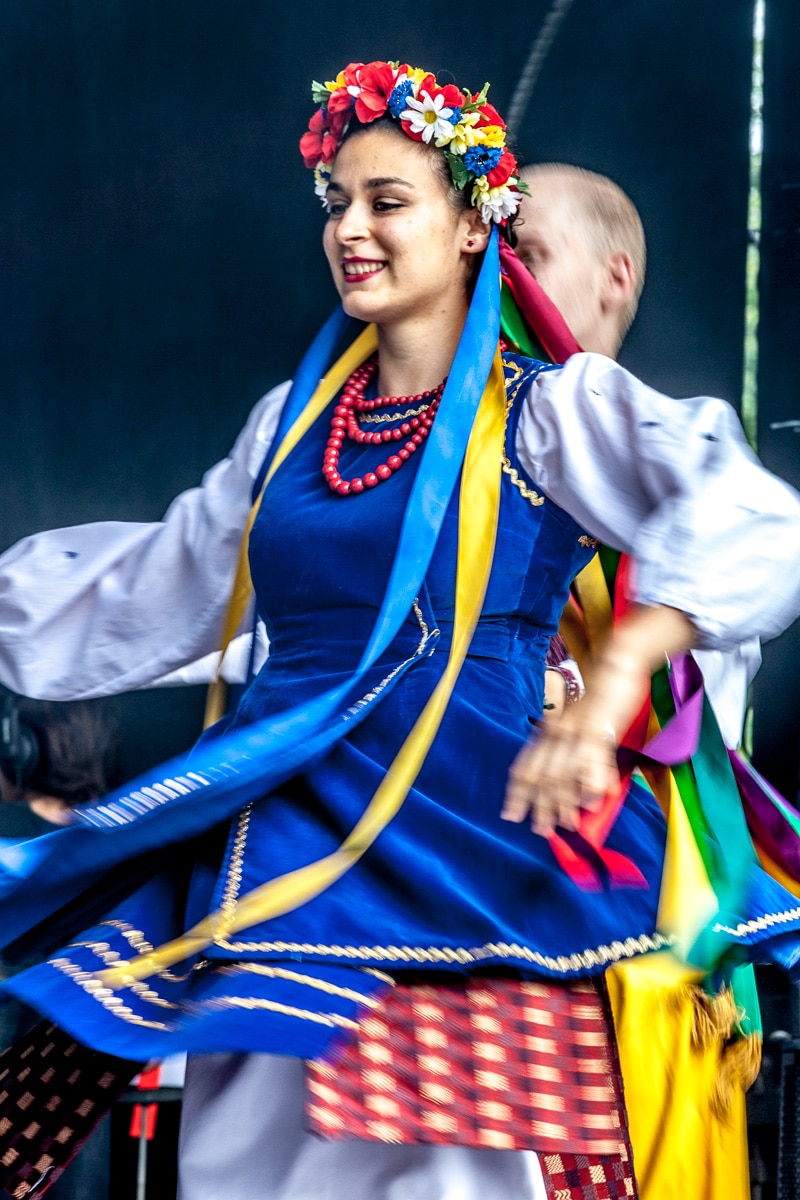 To avoid the crowds we arrived early with a picnic dinner and were able to wander other areas of the gardens before dark. Then the magic began as the sun set.

Our continued wanderings took us to many of the vibrant areas of the city. Montréal is divided into smaller neighborhoods—Chinatown, Little Italy, the Gay Quarter, the Latin Quarter, the Plateau, and many others.

The Montréal Ukrainian Festival was held one weekend while we were there, and we enjoyed the singing, dancing, food as well as kiosks featuring Ukrainian cuisine, folk art and crafts. 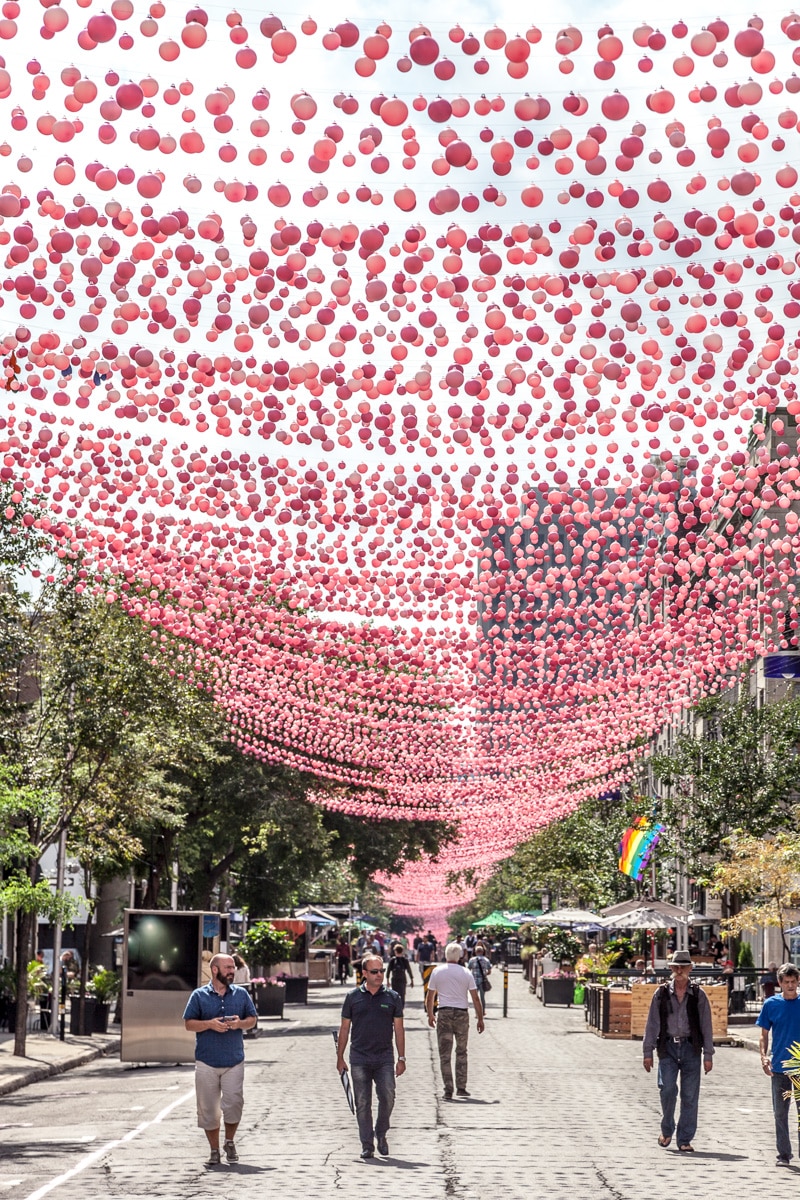 One of the more celebrated parts of Montréal outside the Old City is the Gay Village or Le Vilage, the largest gay village in North America in terms of area. As the heart of Montréal‘s LGBT community, this large, colorful, lively and friendly neighborhood has become something of a tourist destination in itself.

Montréal is named after Mount Royal, the small mountain in the heart of the city. It is the site of Mount Royal Park, one of Montréal‘s largest greenspaces. Laced with extensive hiking and cross-country ski trails, there are also many options for cyclists as 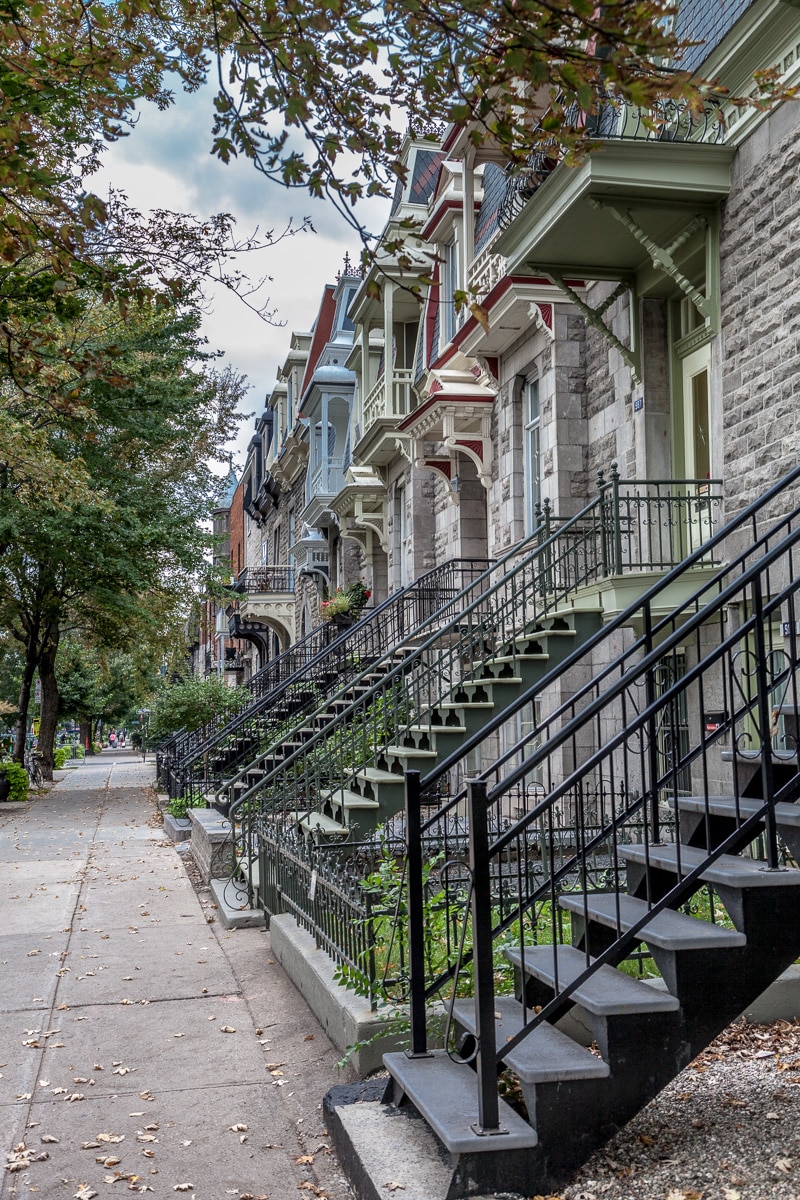 well. Easily accessible by bus, we made other visits for the hiking and stunning overlooks of the city.

Though I’m sure it would be beautiful city in the winter, it was especially nice to have such beautiful weather while we were there. With several history museums, superb art museums, parks, the Rio Tinto Alcan Planetarium, and many good restaurants Montréal is  a dynamic  and exciting package. And the best part is that is a delightfully foreign country and yet it is just across the northern border with the US.

There are many more stories about the sights and places that we could share, and all would be positive.  But for now though, the images can tell the far better story.