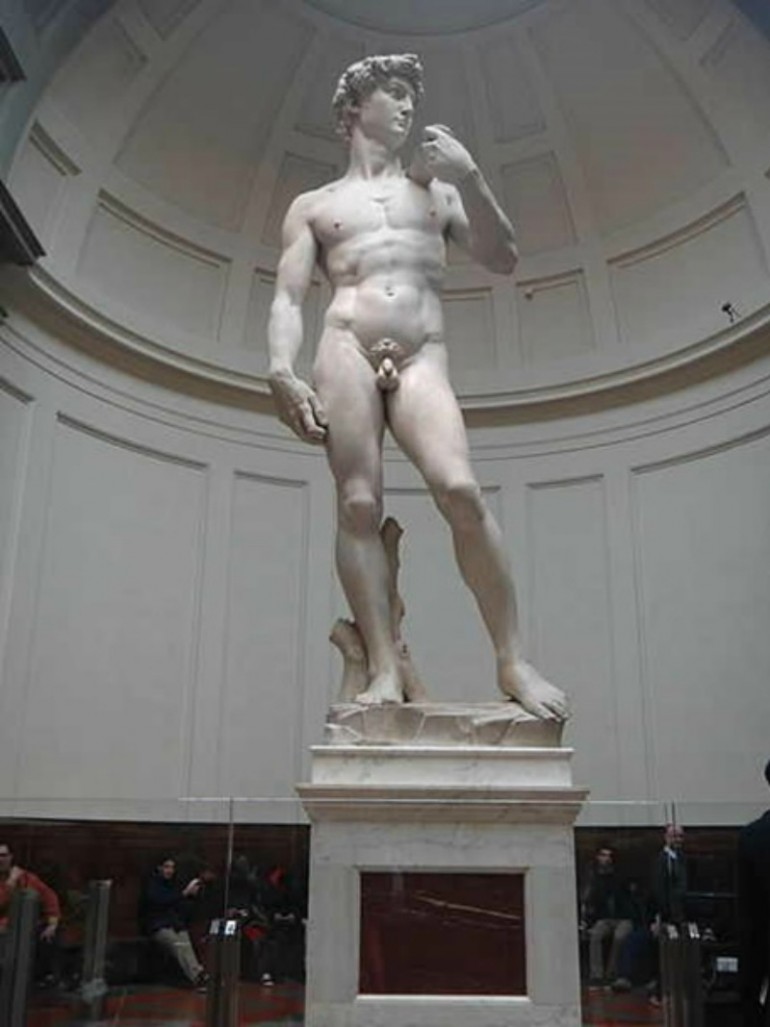 The masters of Italian art are well known; Leonardo Da Vinci, Michelangelo, Caravaggio , Bernini, Donatello, Botticelli, Raphael, Titian, Brunelleschi, to name only a few of the classic geniuses. Modern Italian artists have carried on with the tradition, innovation, and elegance of their predecessors.

In my opinion, there are few areas where this continuity is more evident than in the Italian automobile designs of the past century. 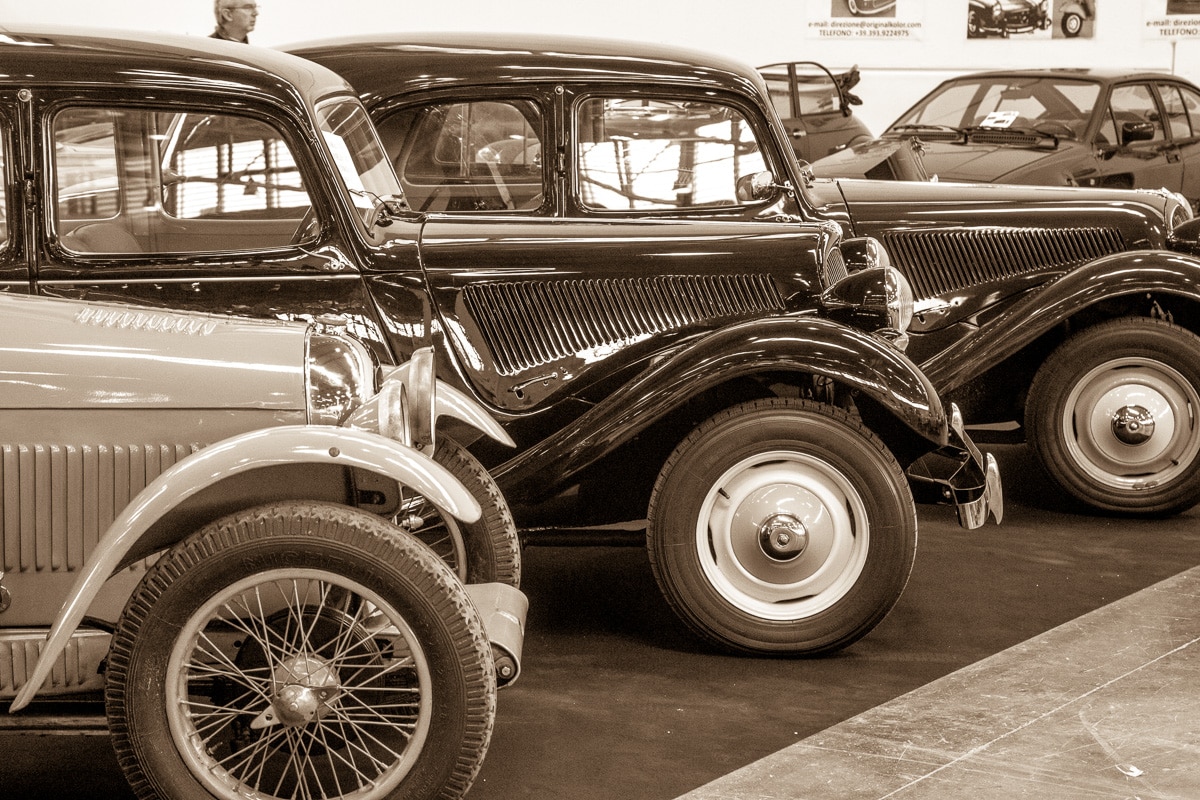 Names like Ferrari, Lamborghini, Alfa-Romeo, and Fiat, to name only a few are recognizable to most as beautiful machines. From the early 1900s to the present day, Italian automotive aesthetic mastery has been exemplified by sleek elegance, understated, clean beauty and an innovative style. 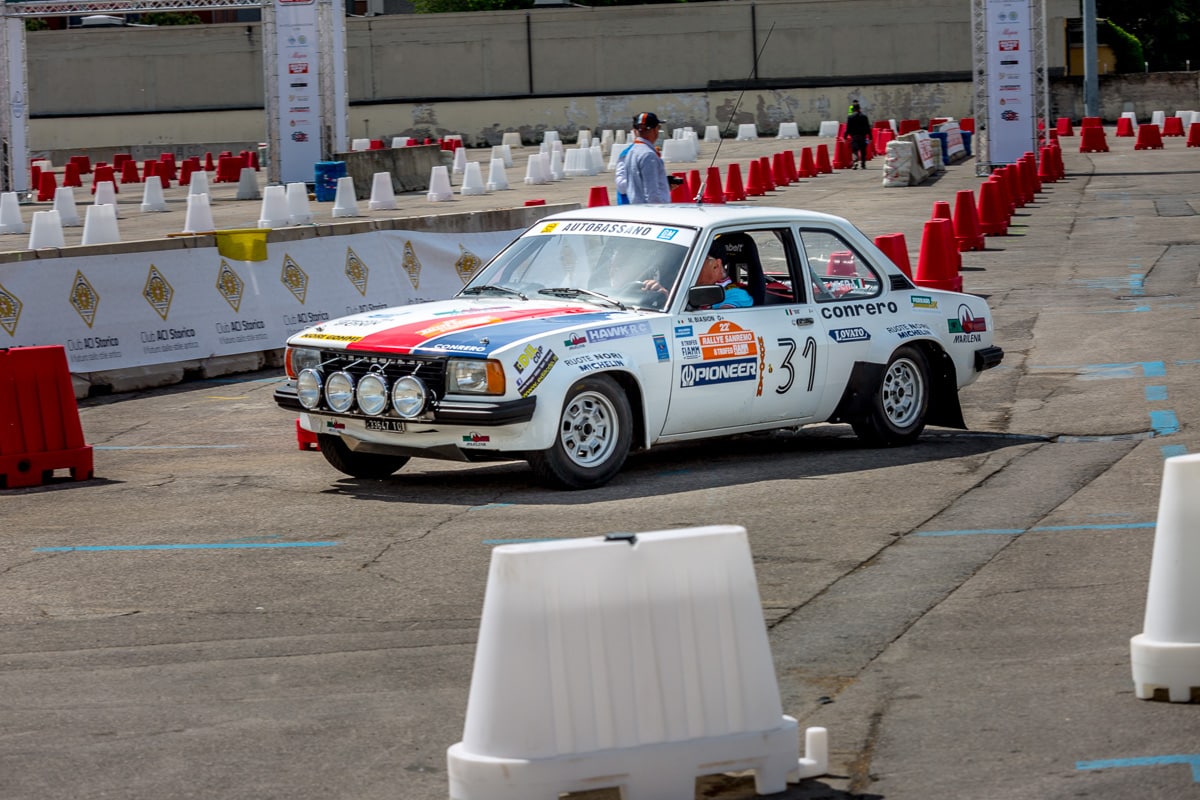 During our time in Verona, there were two events that allowed a rare look at many classic Italian automobiles and motorcycles, as well as other marques from around the world.

The first event was Verona Legend Cars, a 3-day exposition of classic cars at the Veronafiere Fairground in Verona. There were more than 1,300 vintage and historic cars on display and for sale, as well as two races on the exhibition’s 1km circuit. It also featured a vast selection of used parts from dozens of vendors. 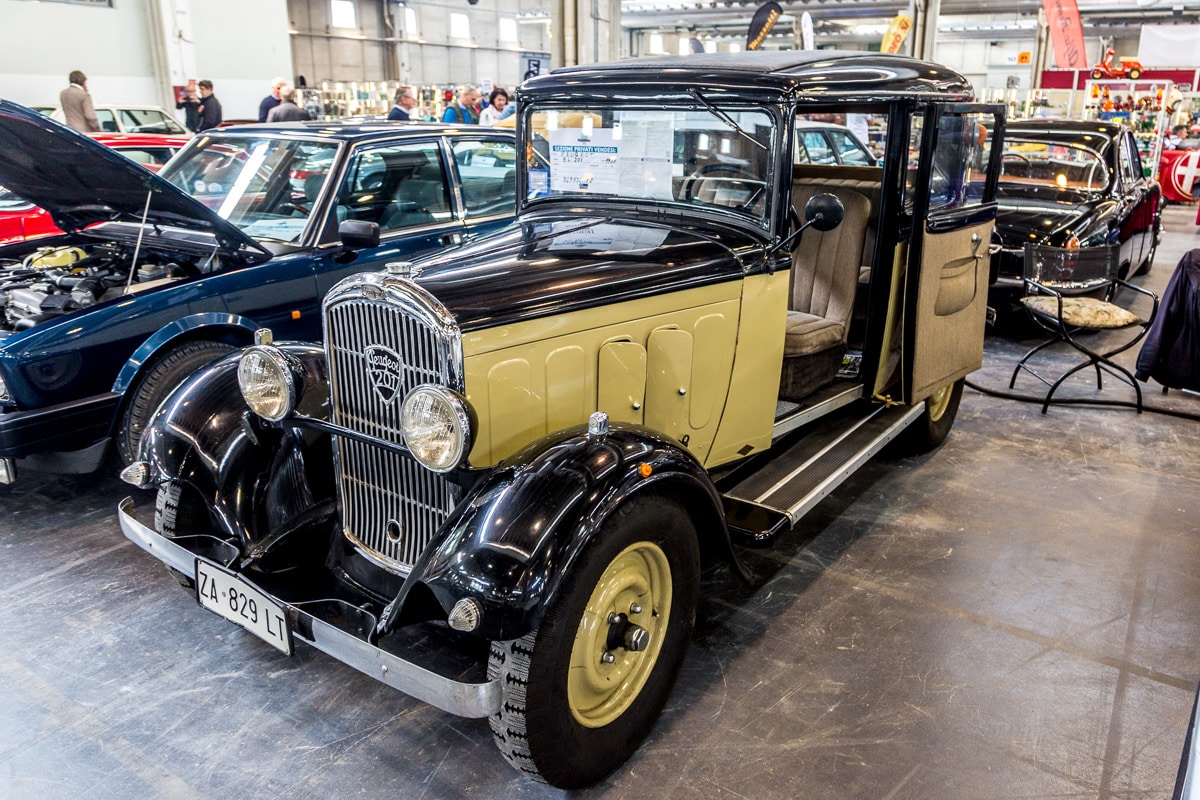 Jeannie wasn’t as interested as I was to attend this event, as she was more interested in going shopping.  But it was probably for the best as neither of us has the same level of patience for the other’s chosen activity.

The images from the Verona Legend Cars say far more than I could ever express in words, so those photos follow. Otherwise, continue reading about the Bergamo Historic Gran Prix after the images below.

The second automobile related event was a matter of serendipity. 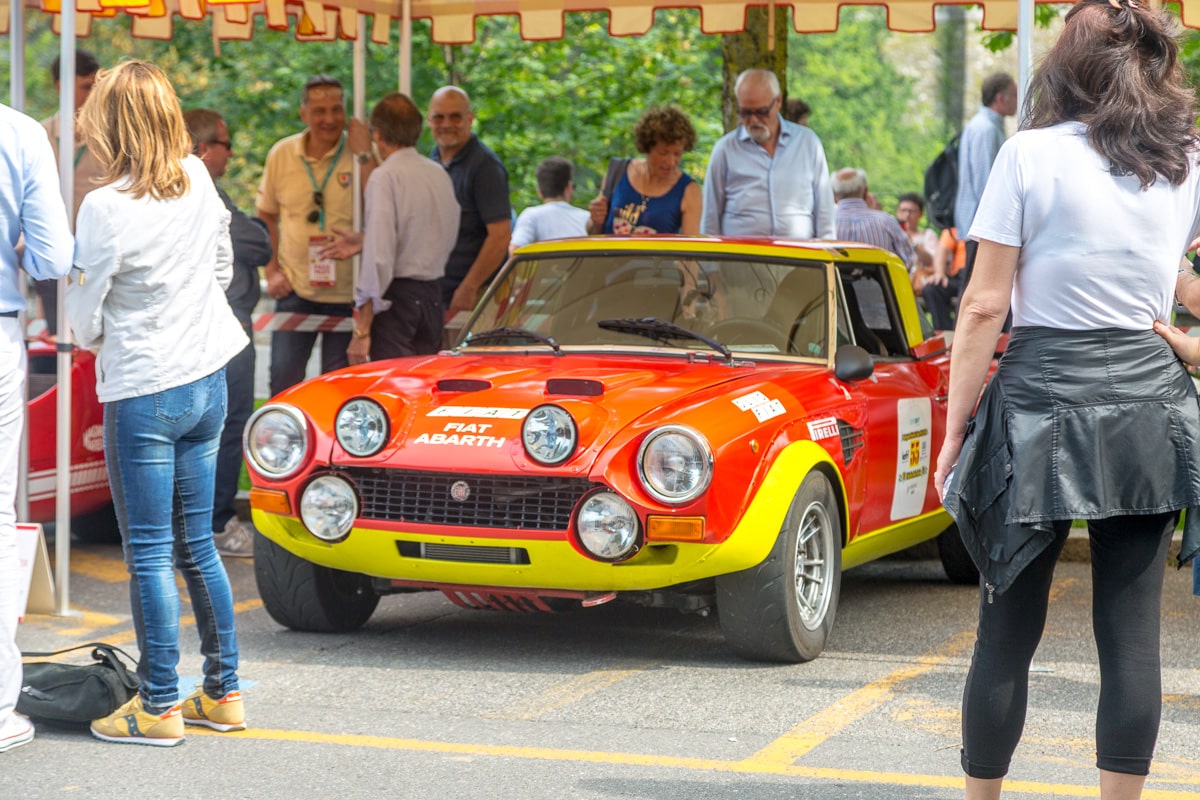 We were in Bergamo, but had no idea that we would be there for the 2018 Bergamo Historic Gran Prix (GP). As luck would have it, the afternoon we arrived, we wandered through the area that was being staged for the GP the next day. Our plans immediately changed to stay around for the “races”. 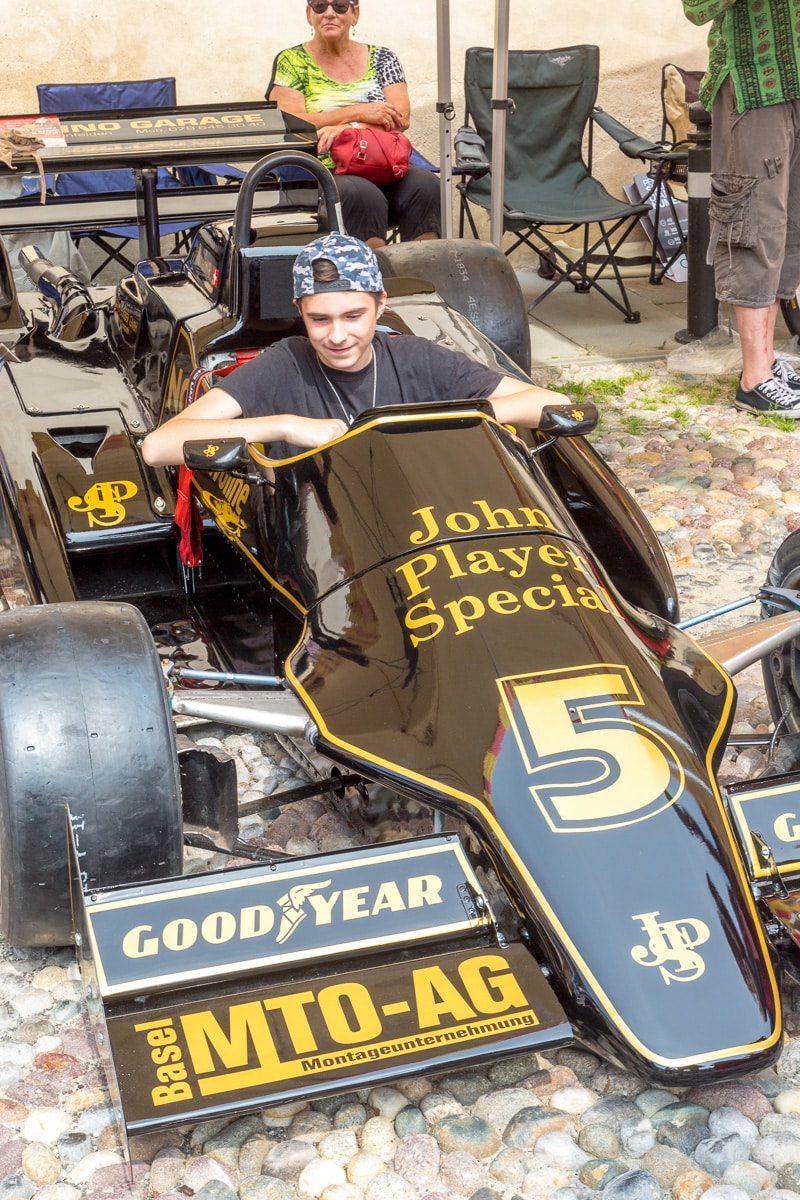 The next morning, we took the bus up to Città Alta to scout out some good spots for photographing the GP. Since the road portion wouldn’t begin until about 14h00 (2:00pm) we took the time to admire the many vehicles that were on display in and around the Piazza della Cittadella that served as the paddock area and that we would see on the road later. 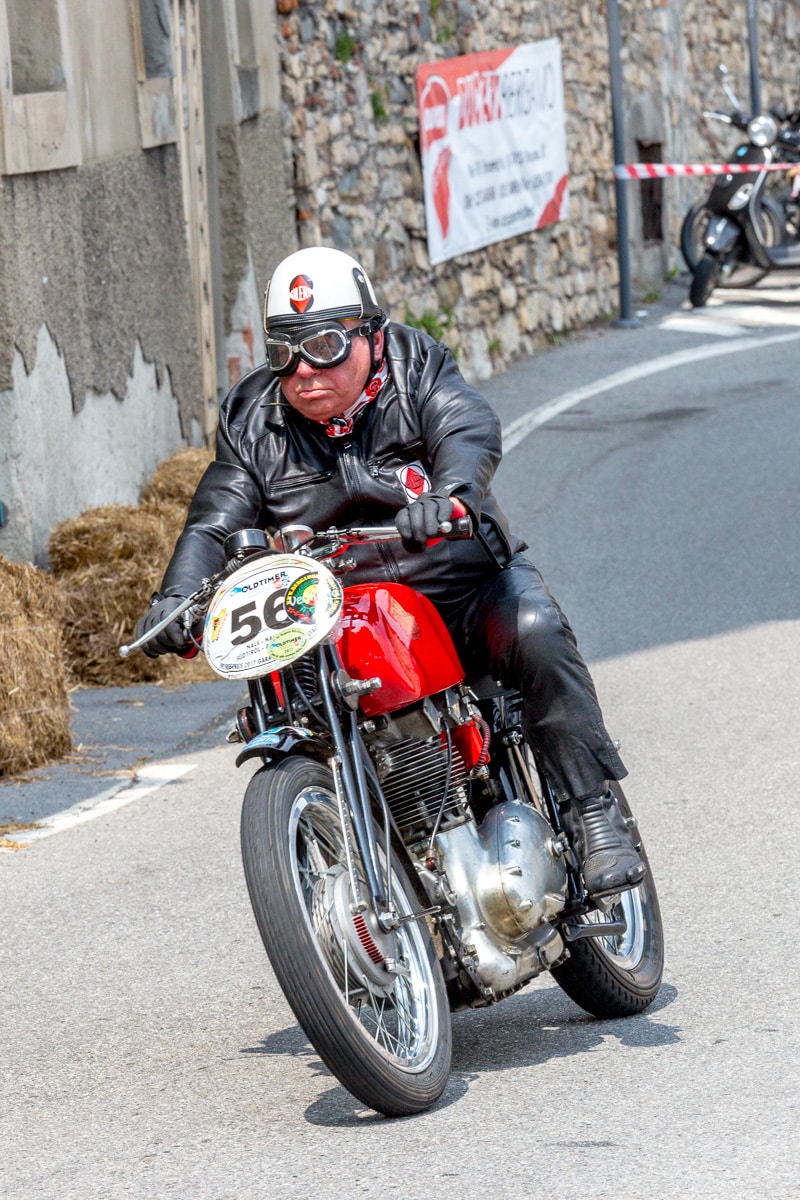 As the hour approached we stationed ourselves at an S-curve that followed a long straightaway. The first circuits of the stone-and-tree-lined streets playing the role of race track were made by the vintage motorcycles. Over 50 Gran Prix and race derived motorcycles, all from before 1975, would be driven around the almost 3km (1.9mi) “Circuit of the Walls”. Exciting and, at times, even humorous, the classic motorcycles and their sometimes classic riders “sped” into the curves. Many were cautious on their aged steeds while others leaned into the curves with abandon. 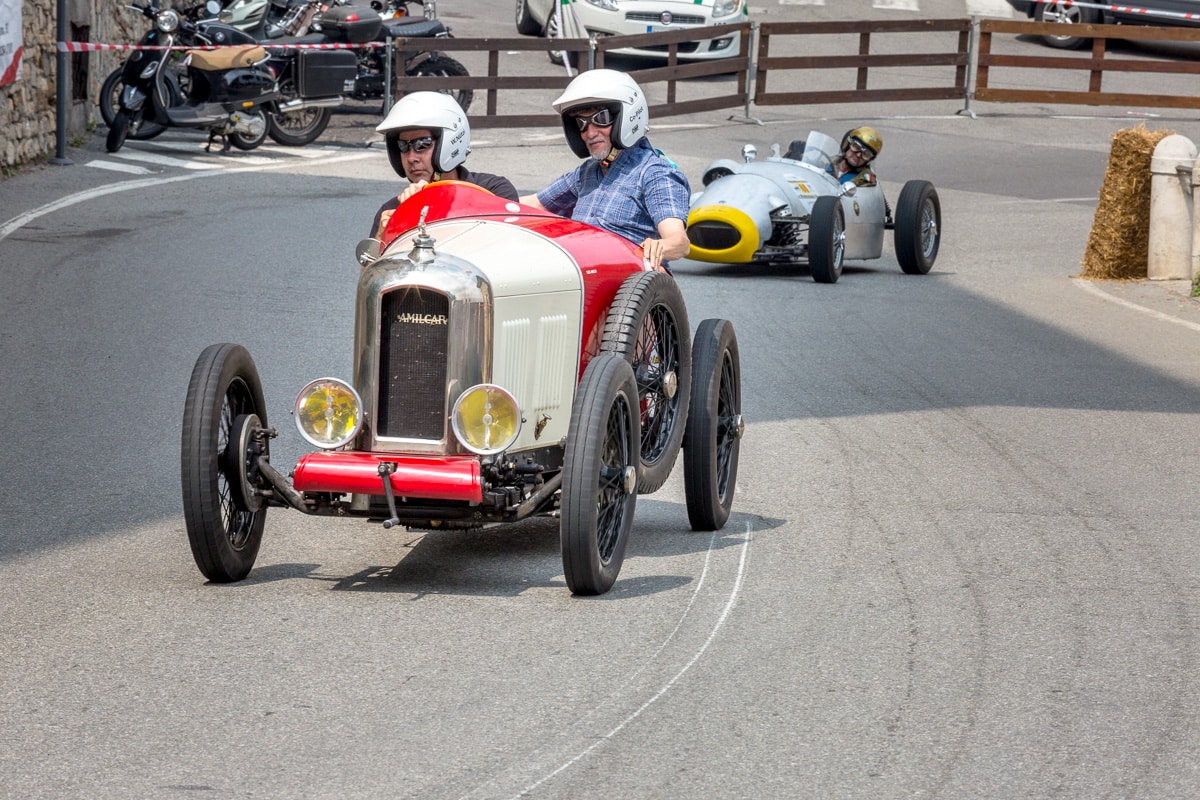 Later, what was for us, the main event approached. In the distance, we could hear the sound of punchy fours echoing off of the Venetian walls built hundreds of years ago. Then the mixture of iconic vintage sports cars and the pieces of automotive history came into view.

They were automobiles that spanned seven decades, all prior to 1975. 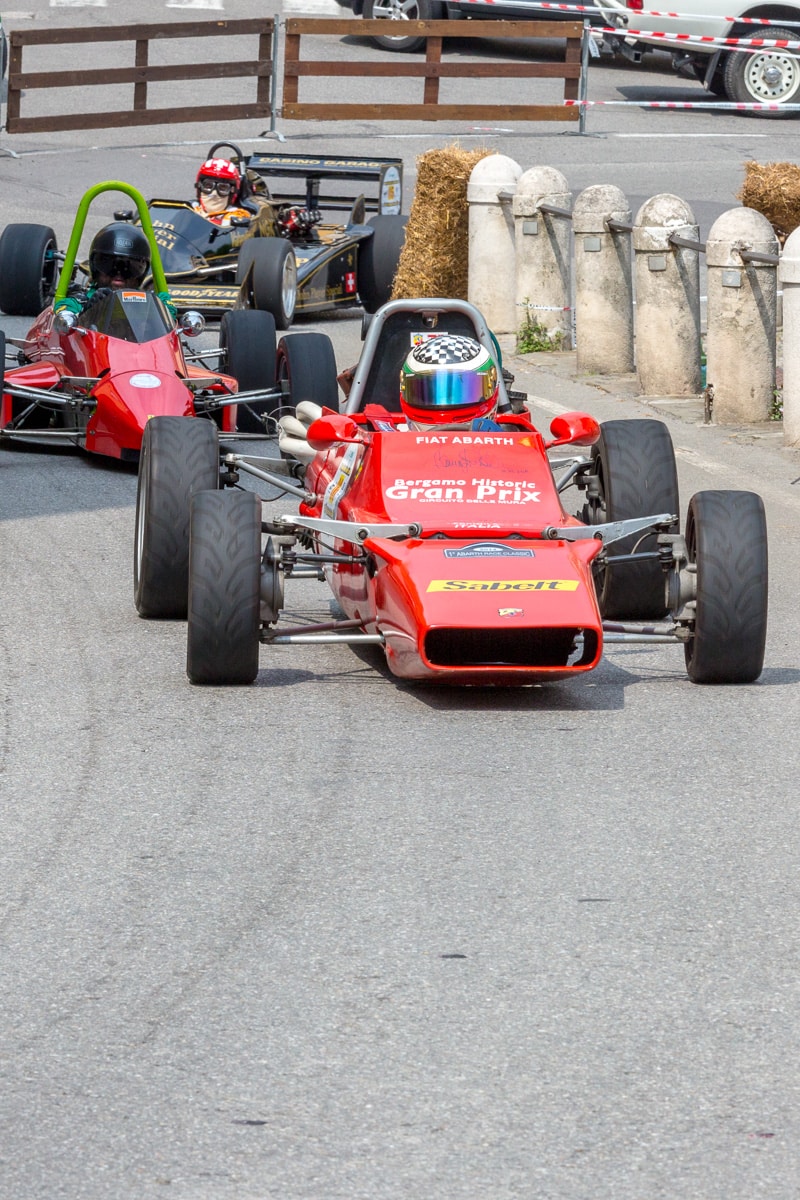 Ducatis, Ferraris, MV Agustas, Maseratis, Alfa Romeos, Lamborghini, Aston Martin, Jaguars, Fiats, and others were represented as they made their way through the curves. Many were from the days before helmets, seat belts, air bags, and traction control made high speed driving safer.

Every time the classic machines came by, they were spread further apart, and some had dropped out, but every one was giving their best, looking good, and most importantly, having fun.

In the end it was a couple of days of La dolce vita, Italian for ‘The Sweet Life’, a phrase that also sums up the case for Italian cars.