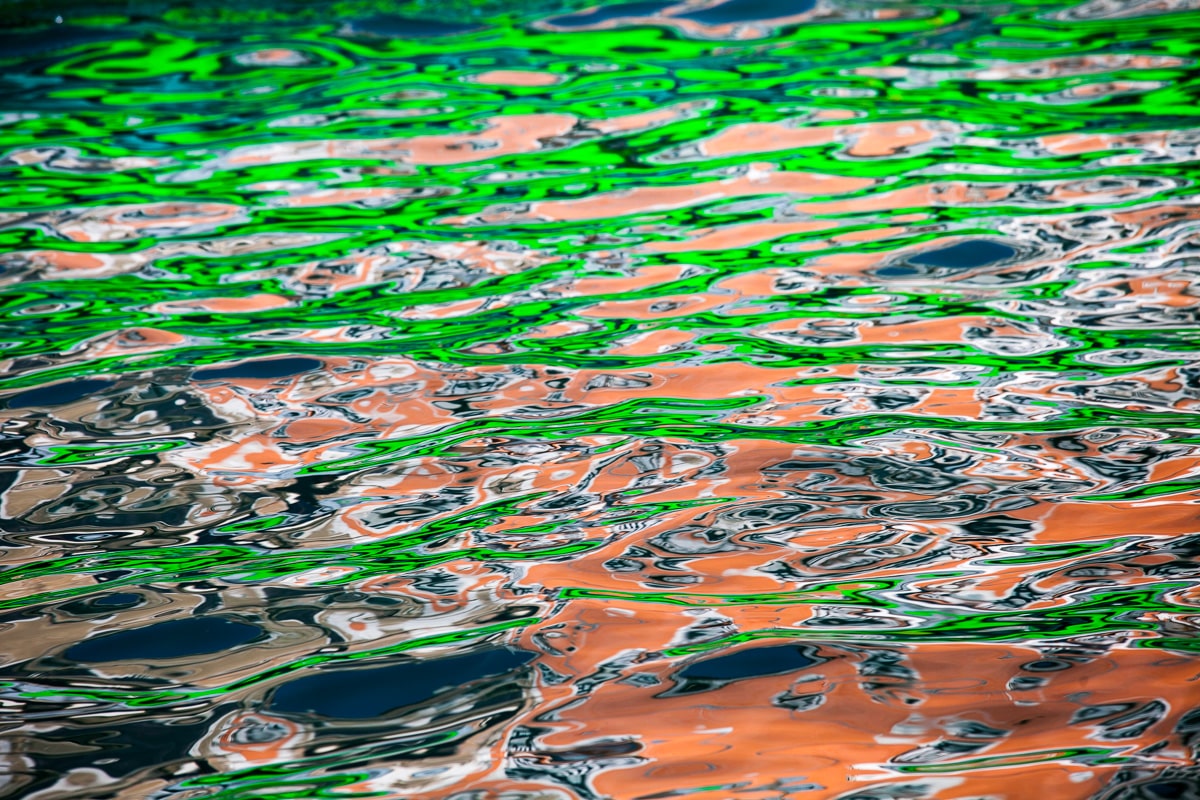 We had barely scratched the surface of Florence and its treasures before we had to leave. But that is the risk of travel. Even in those places we have stayed for six or eight weeks, we had to leave unable to see or visit everything we wanted. You can’t see it all. And as I have said before, “Embrace every experience looking forward, not looking back.” So, not looking back, we pulled our luggage to the Firenze Santa Maria Novella Stazione to catch the train to Venice.
Go to post

Birthplace of the Renaissance … Florence - 2015 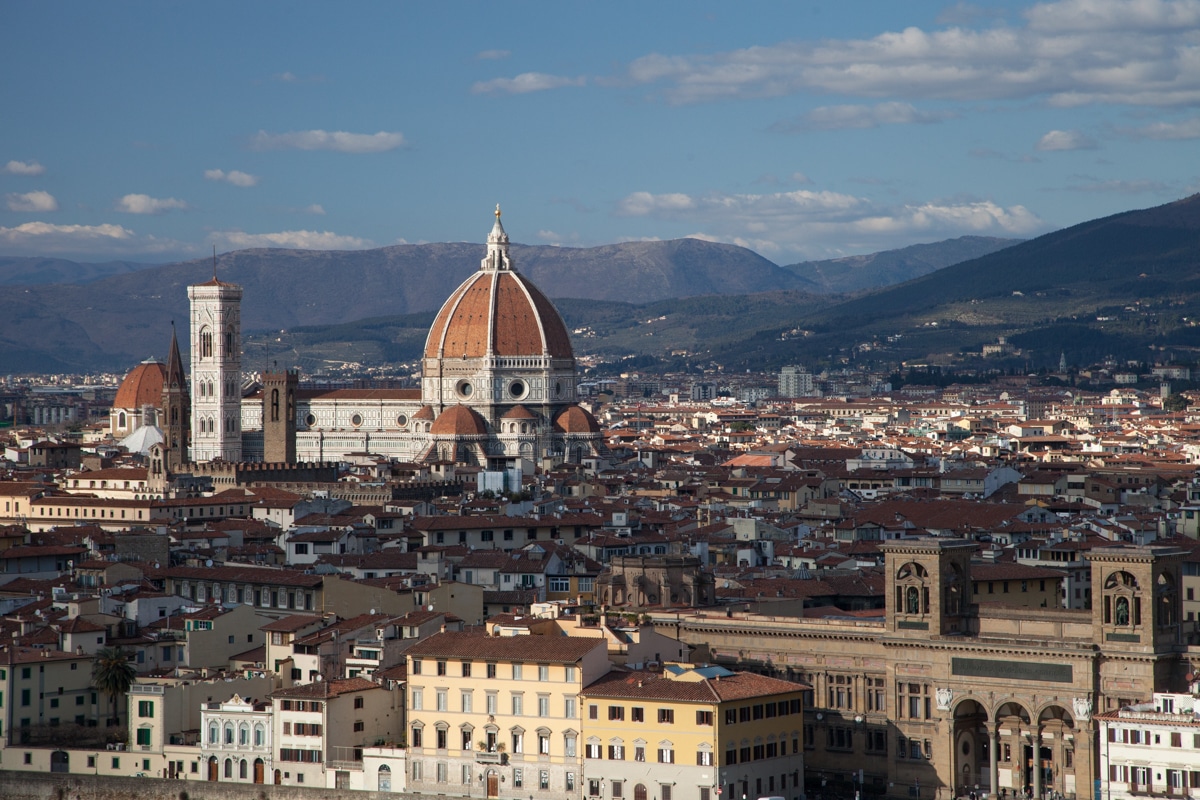 Florence, the birthplace of the Renaissance, was founded as a Roman military colony about the 1st century BC. During the 14th, 15th, and 16th centuries Florence achieved preeminence in commerce, finance, power, learning, and especially art. Among the most famous of the city’s cultural giants are Leonardo da Vinci, Michelangelo, Dante, Machiavelli, Galileo, and Brunelleschi. Its buildings are art in and of themselves and are filled with some of the more important pieces of art in the world.
Go to post 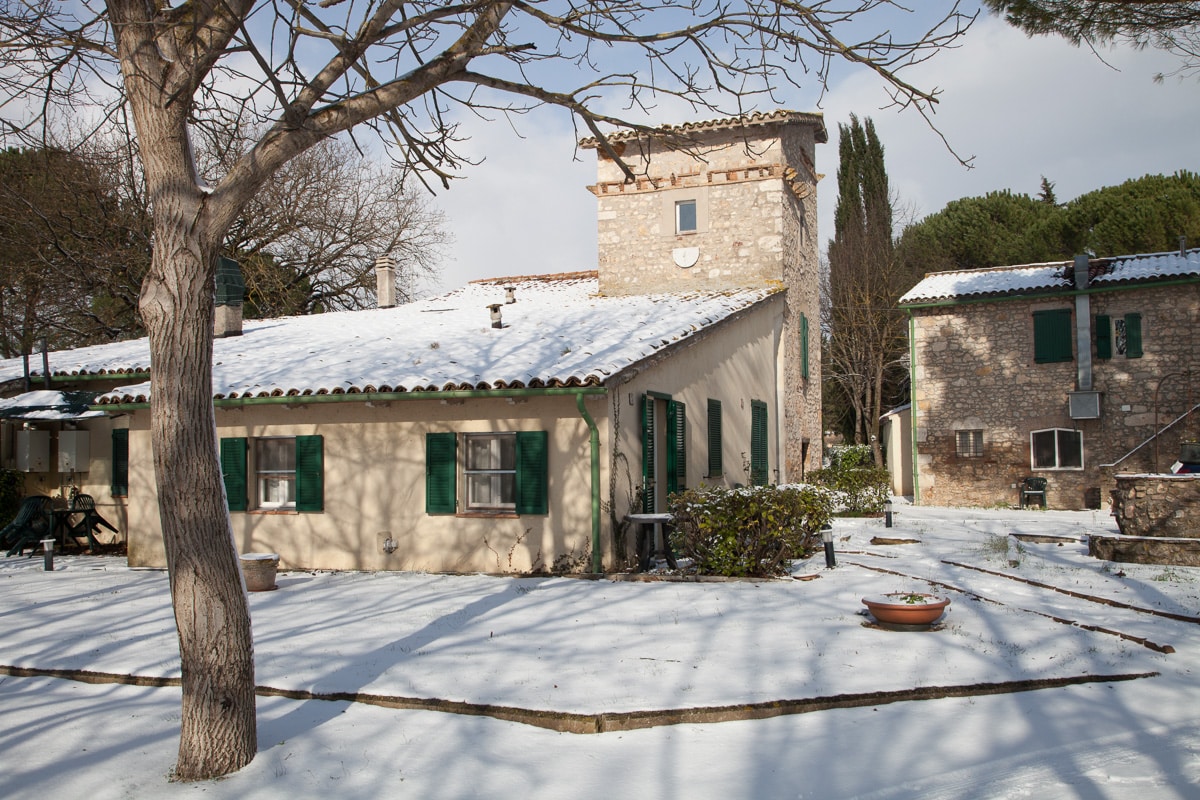 Jeannie and I had been to Florence and Venice with my brother Mike and Kathy. Afterwards, we took the train back to Camucia/Cortona to drive back to Montignano while they flew to Frankfurt and then home. Taking the high-speed train to Florence, we changed to the regional train for Camucia. The forecast only called for rain, but half-way there it turned to snow, accumulating quickly. The landscape became entirely white as we approached Camucia/Cortona. Then we remembered that we would have to drive across the mountains back to Montignano in snow.
Go to post 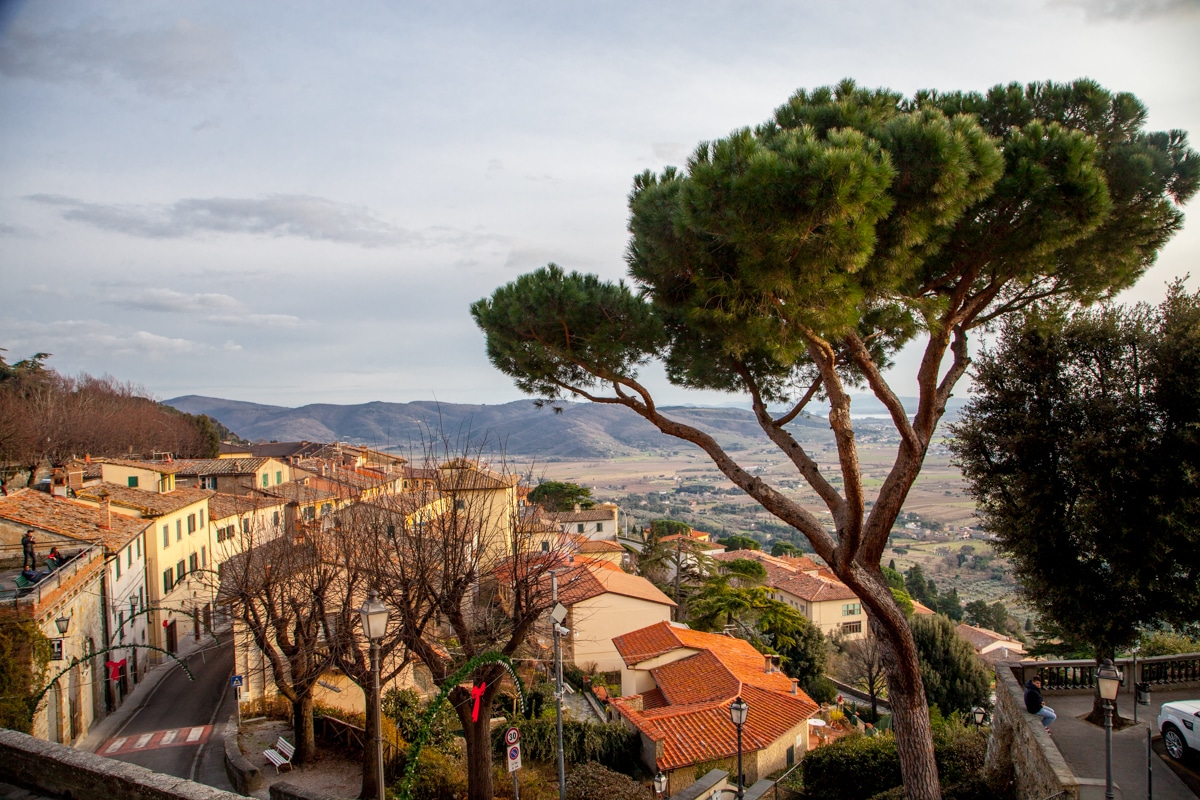 hey say you can’t go home again. That’s true in so many ways. It’s because everything changes, ... you and your “homes”. I guess the trick is to not try, but to accept where you are ... now. Embrace every experience looking forward, not looking back. Then as I looked at my brother experiencing Italy for the first time, I realized that it was different, because things had changed, but it was good. For all of us.
Go to post 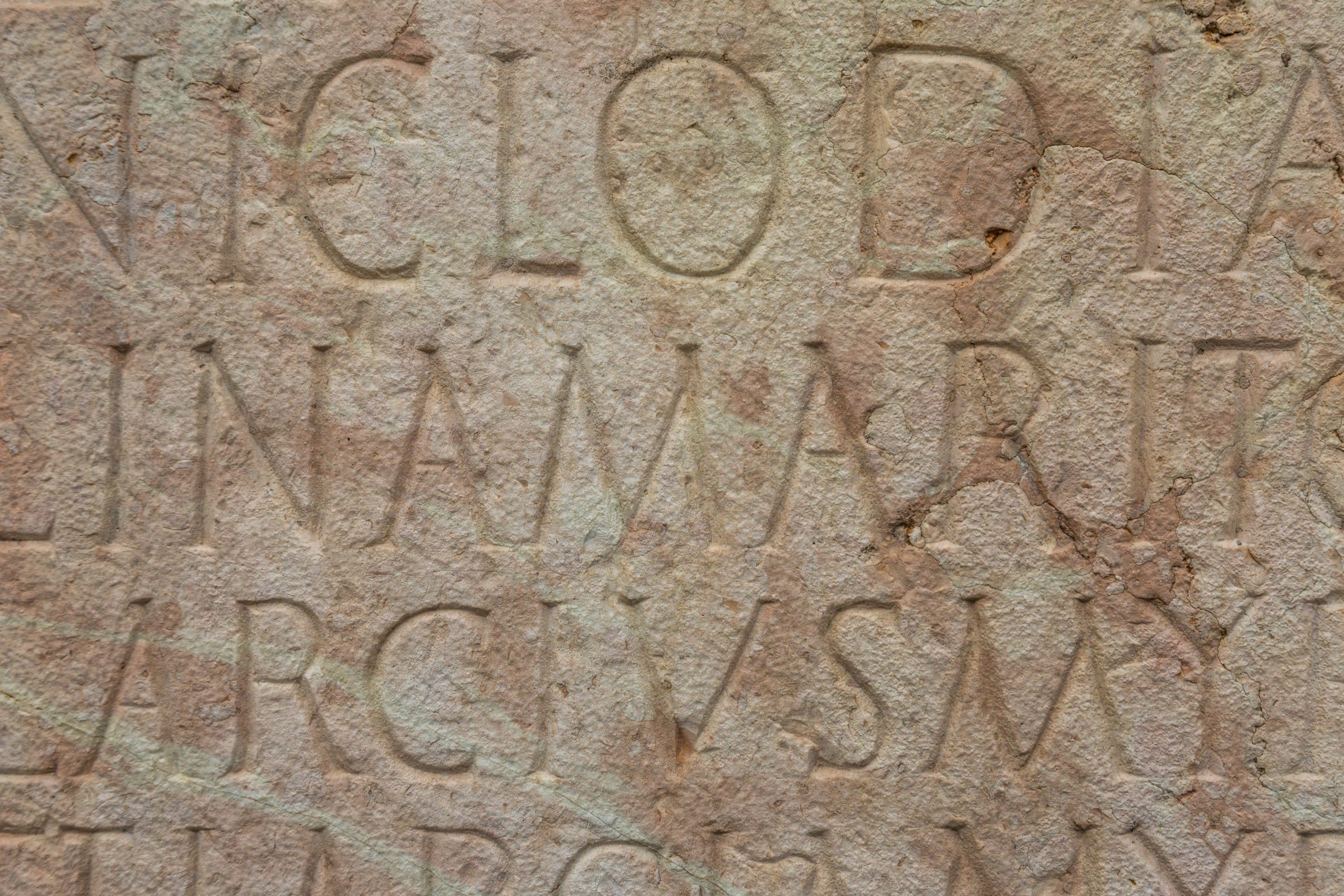 As we have traveled in foreign places, one of the joys and one of the curses has been dealing with the language. Now that we are in Italy, we have had to switch languages again. Not that our French was getting anywhere near good, but we were just beginning to get a little comfortable; words and phrases were coming out somewhat correct and sometimes at the right time. But now, it’s all getting jumbled ... again.
Go to post 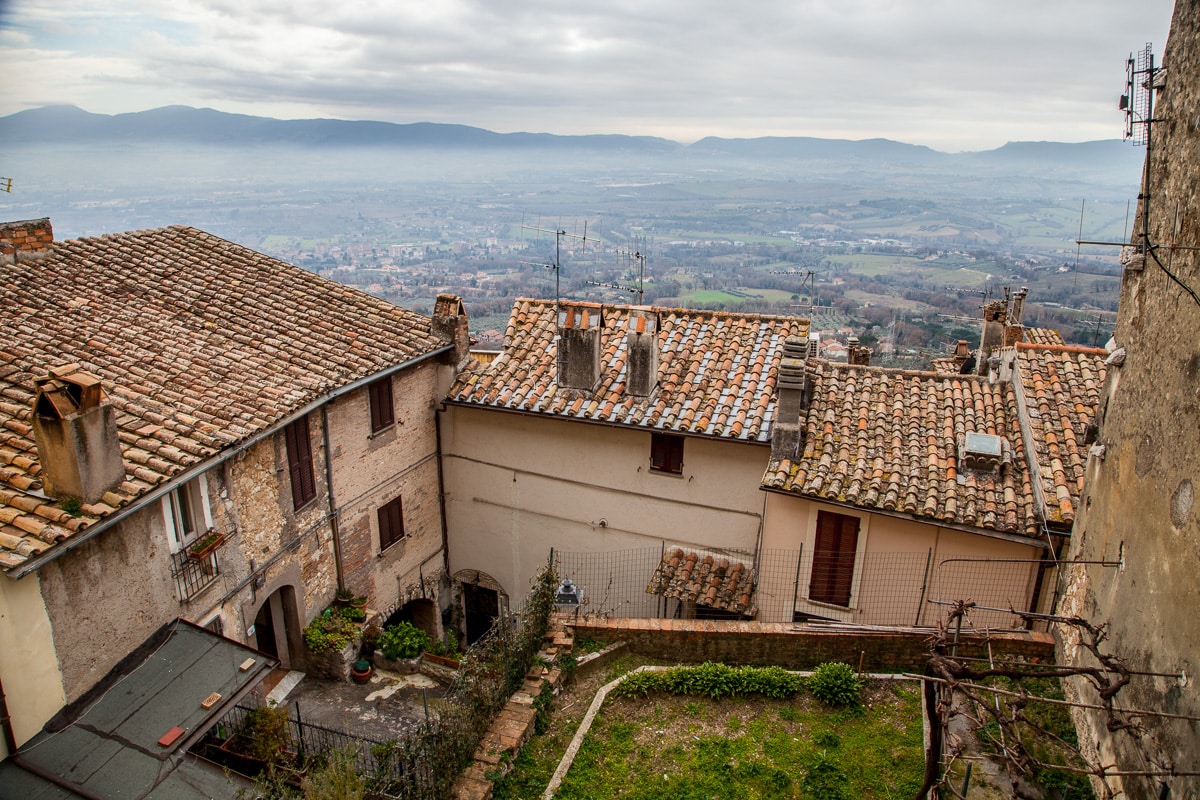 No, the Roman bridge doesn't lead to Cesi directly, but after several days of being stuck indoors with the flu, we had a wonderful drive. First, we only had to drive a few kilometers to see the Ponte Fonnaia, and then ... well.  As is ofttimes the case, we saw a tiny town on the side of a mountain (and there are many) and said, "Let's go there."
Go to post 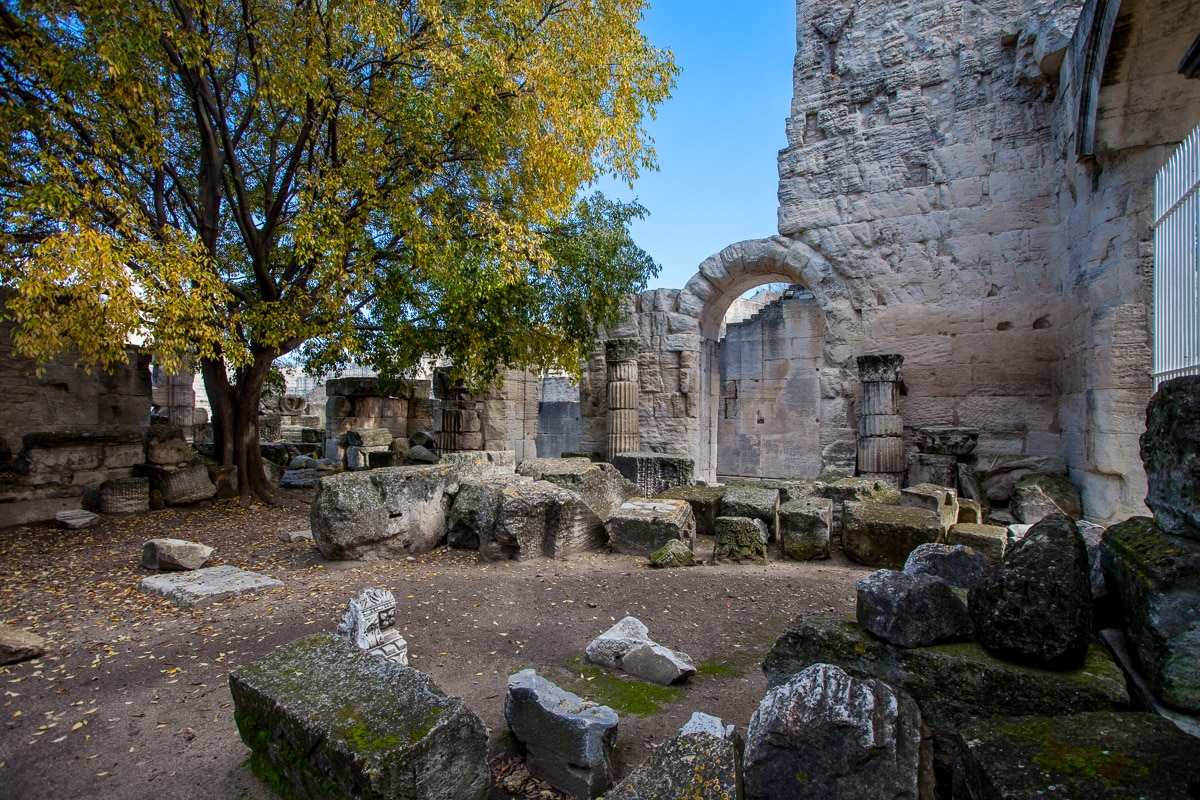 Carsulae is a well-preserved Roman city located in the Umbria countryside. It grew up as a way station on a previously unoccupied site shortly after the Via Flaminia was built in ca. 220 BC, its location probably influenced by the presence of some natural springs. The timelessness of this place was palpable as we wandered the streets of this long abandoned town. It didn’t take much imagination to visualize entire buildings, people coming and going, businesses selling wares brought from faraway parts of the Roman empire on the Via Flaminia.
Go to post 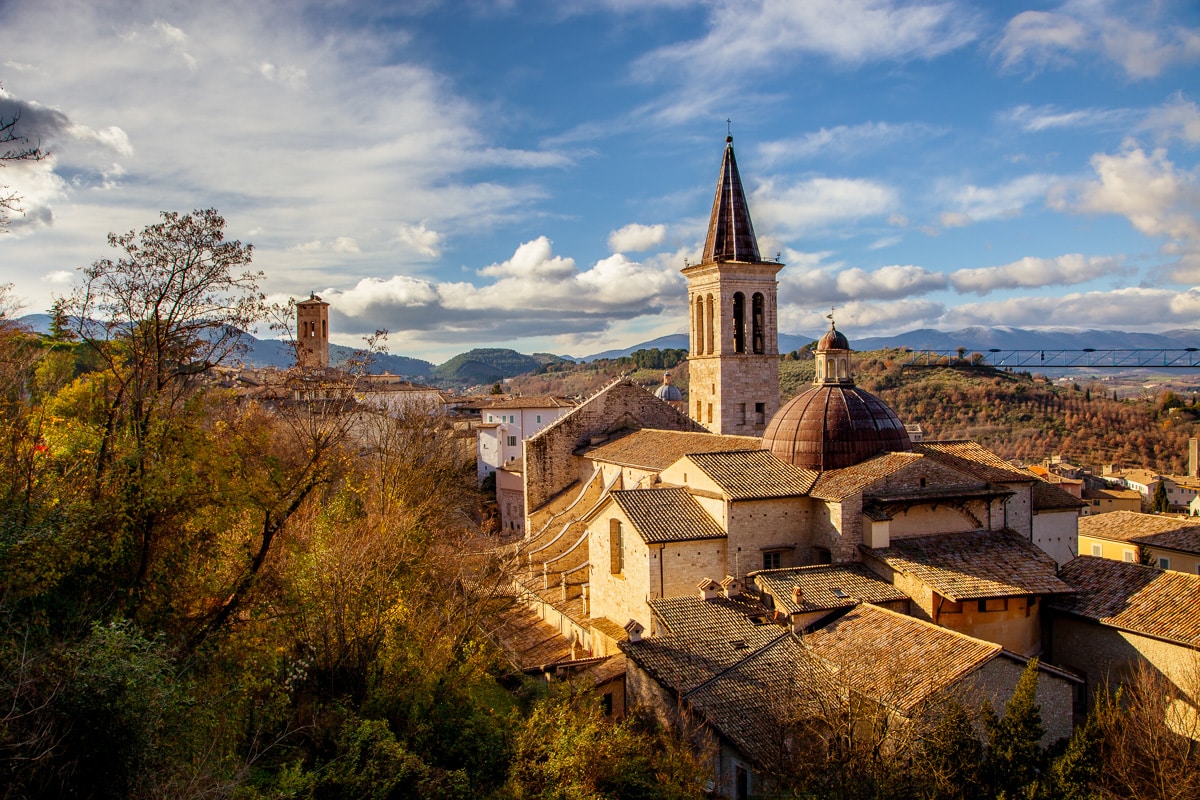 We’ve been in Italy for just over two weeks, and it’s been cold, rainy, cold, snowy, cold, and did I say cold? We visited some incredible towns. Some we have never been to, but several we bicycled through many years ago when we did our own tour of Italy. This time we are driving and walking.
Go to post 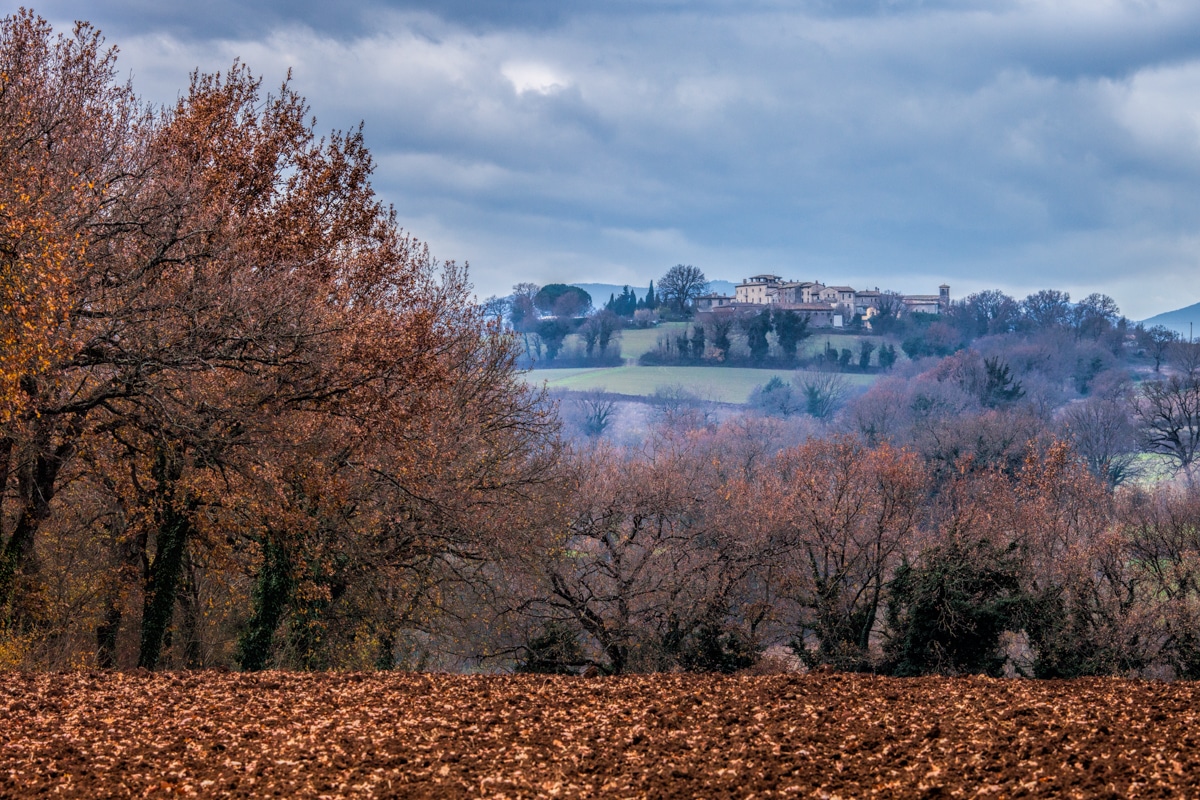 A 5 mile (8k) ramble on country roads up to Colpetrazzo, a tiny village up on the side of the Martani mountains. We strode on paved roads, dirt, and stone; through woods, farmlands and vineyards, passing old buildings and new. The bare branches of the trees provided a lattice of contrast against the grey clouds.
Go to post