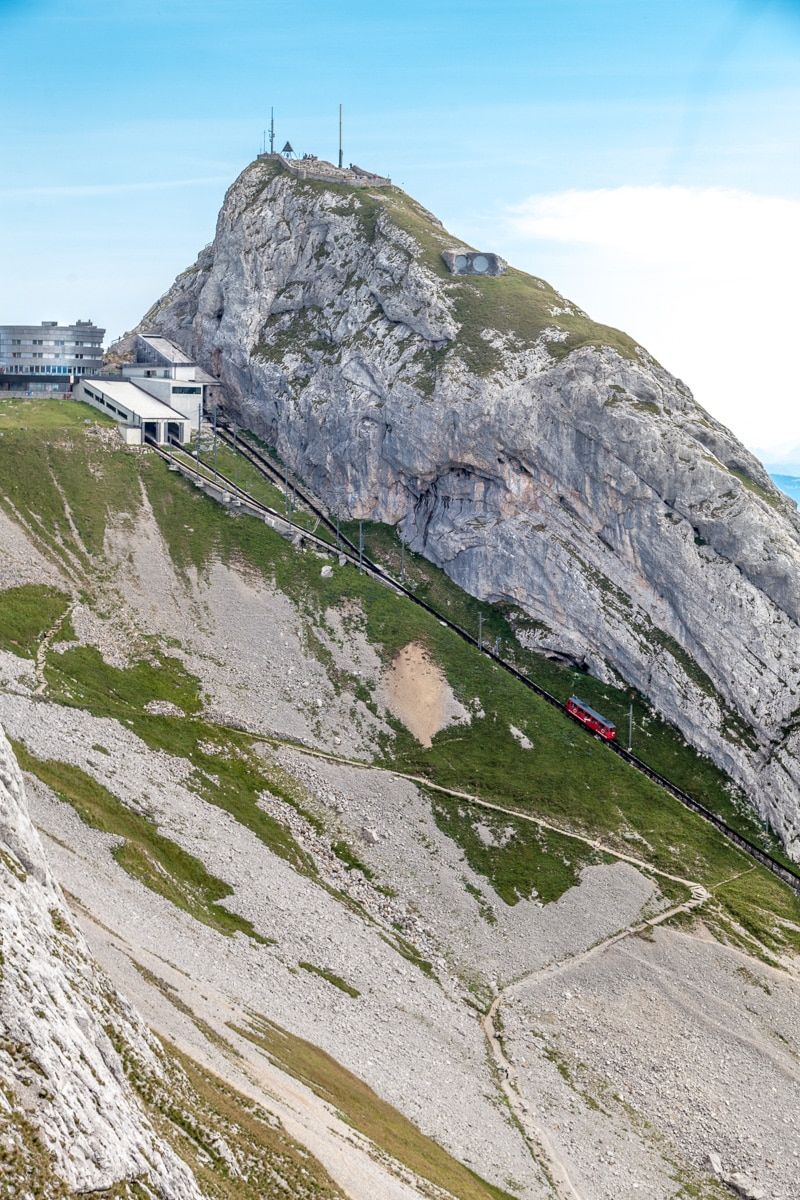 The 2.25 hour train from Basel wove its way through the mountains and past small towns and villages to the city of Lucerne. We changed trains for the remainder of the journey to Alpnachstad where we boarded the worlds steepest cogwheel railway for the steep (45°+) ride to the top of Mount Pilatus (2,128 m (6981 ft)).

The view from the top was spectacular. On one side was a view of relatively “flat” area between Lucerne and distant Basel, and to the other side were the high Alps. 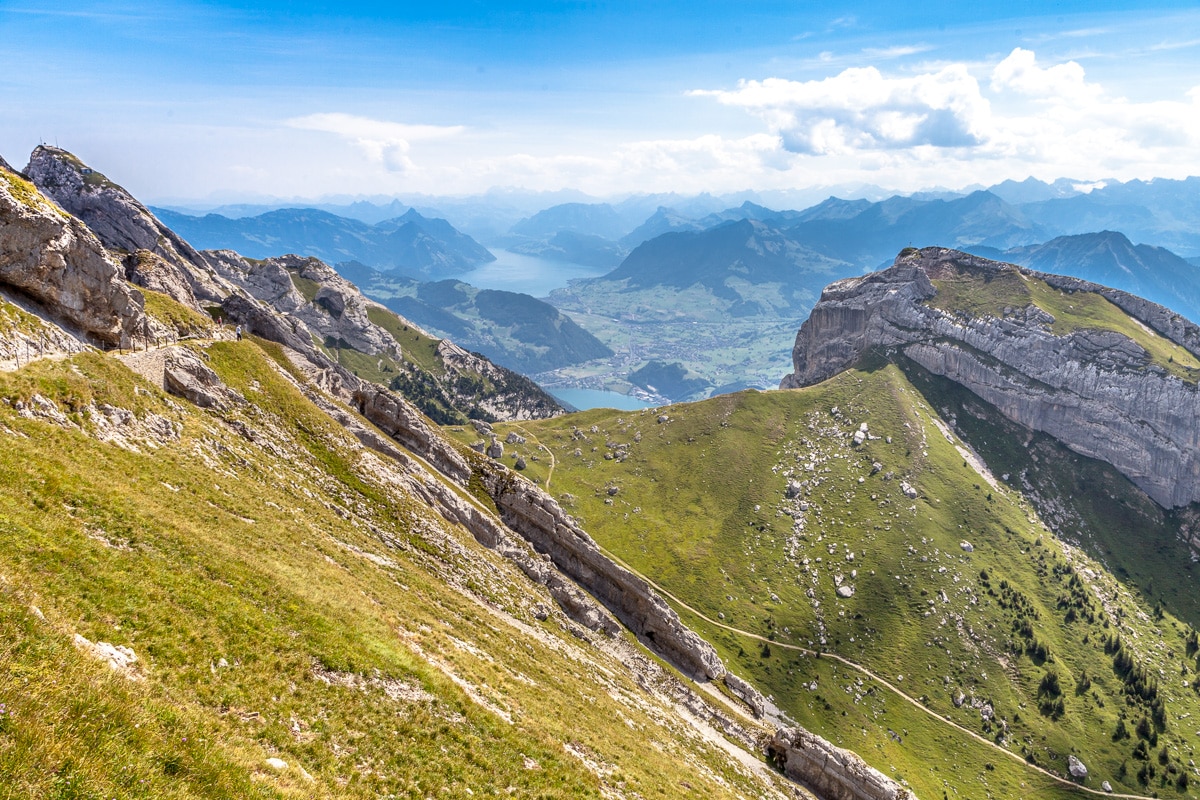 One of many legends say that Mount Pilatus was named because the ghost of Pontius Pilate supposedly haunts the summit, his body having been brought there by the devil. In fact, for centuries climbing the mountain was banned because it was feared that the ghost would be angered by such activities and cause violent storms. Indeed, even after the ban was finally lifted, few were brave enough to climb the mountain and risk the vengeance of the ghost. 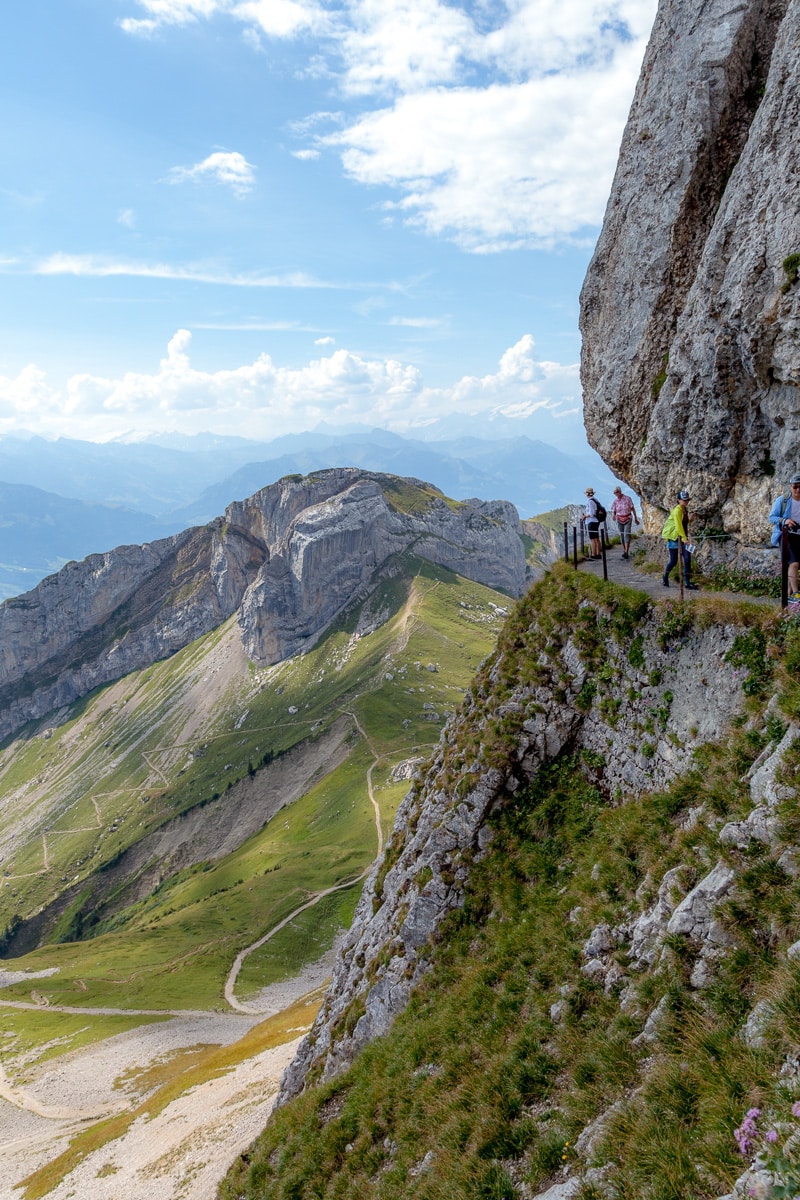 We took the 1.5km hike from Pilatus-Kulm to Tomlishorn (one of the three summits). Dizzying drop-offs with only a thin, single-cable handrail along the narrow, rocky footpath, afforded us incredible views of the still-snow-covered peaks in the distance. While in the hanging valley far below we could hear the sound of cow-bells reaching up from grazing cattle. The overused, yet entirely appropriate term “awesome” was voiced by us at almost every turn. It was indeed spectacularly beautiful. 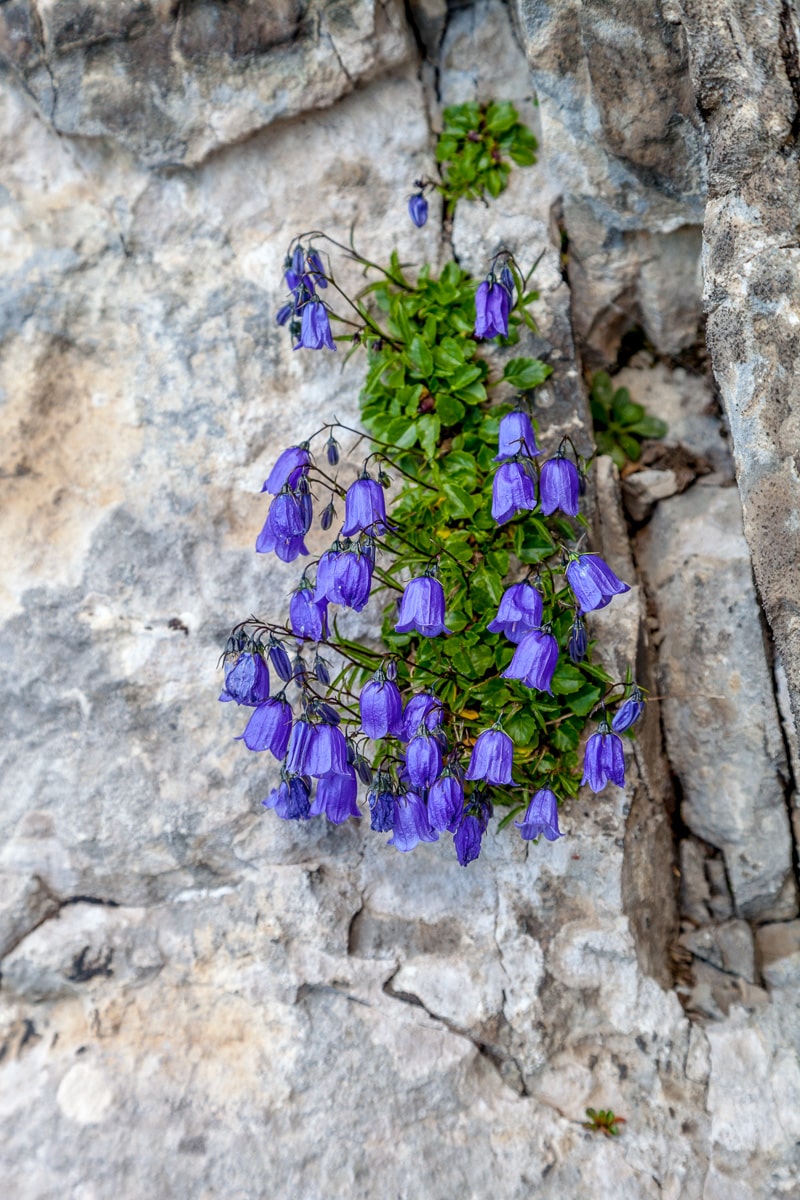 Wildflowers and plants, growing from small crevices and strewn across any patch of somewhat level ground, provided color and additional interest to our walk. Around one bend, we looked high up at the rocky cliffs above us and saw two Alpine Ibex or mountain goats, a mother and her kid. Excellent climbers, their preferred habitat are the steep, rough, rocky region above the snow line and alpine forests.

Upon our return to the belvedere and cable/gondola station at the summit, we checked one of the various restaurants for lunch. As the prices were higher than the altitude, about 25 Swiss Francs (about $28) for a burger, we opted for a couple of simple hot dogs to-go from the bar (about $12 for two). 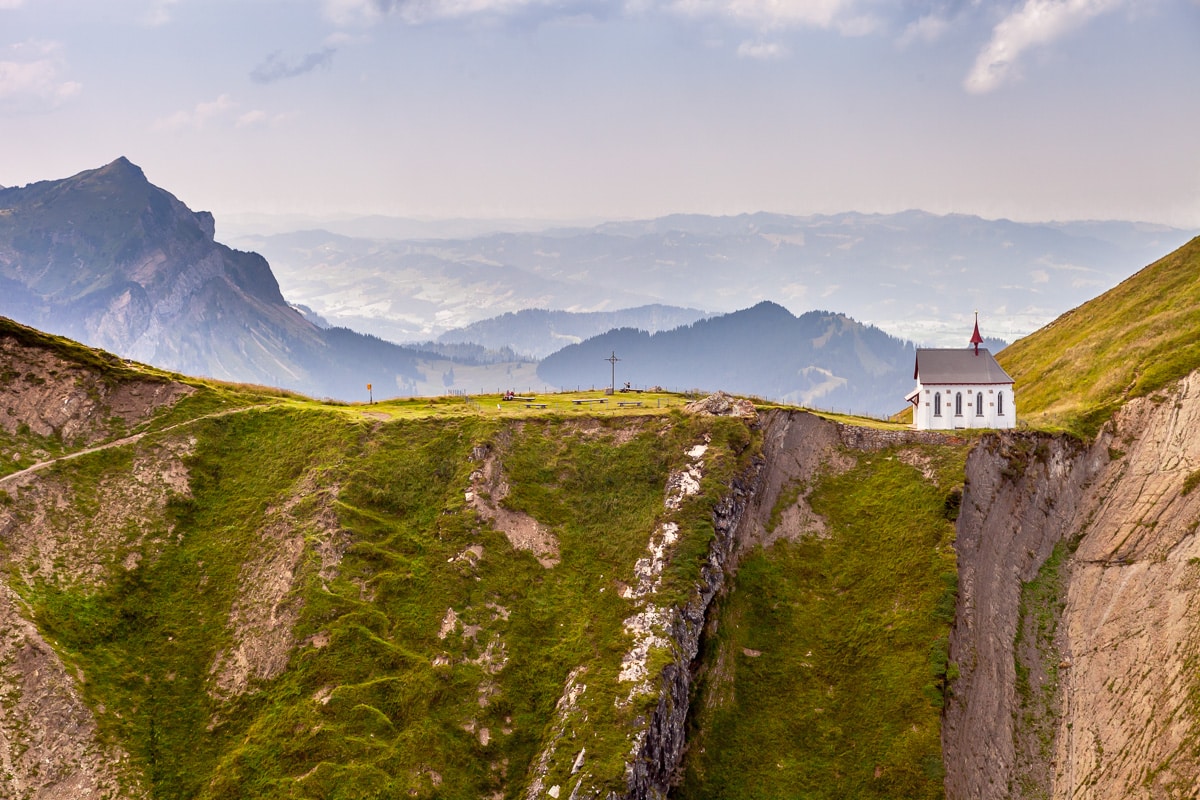 Once fed, we boarded the aerial cable car to Frakmutegg, about a 20-minute “flight” part-way down the mountain. The spacious cabin with very large windows allowed an unobstructed, panoramic view as we descended to the next station. Upon arrival at Frakmutegg we checked the maps for our next hike, as we had decided to forgo the next ski-lift in favor of another walk, this time through the alpine forests. 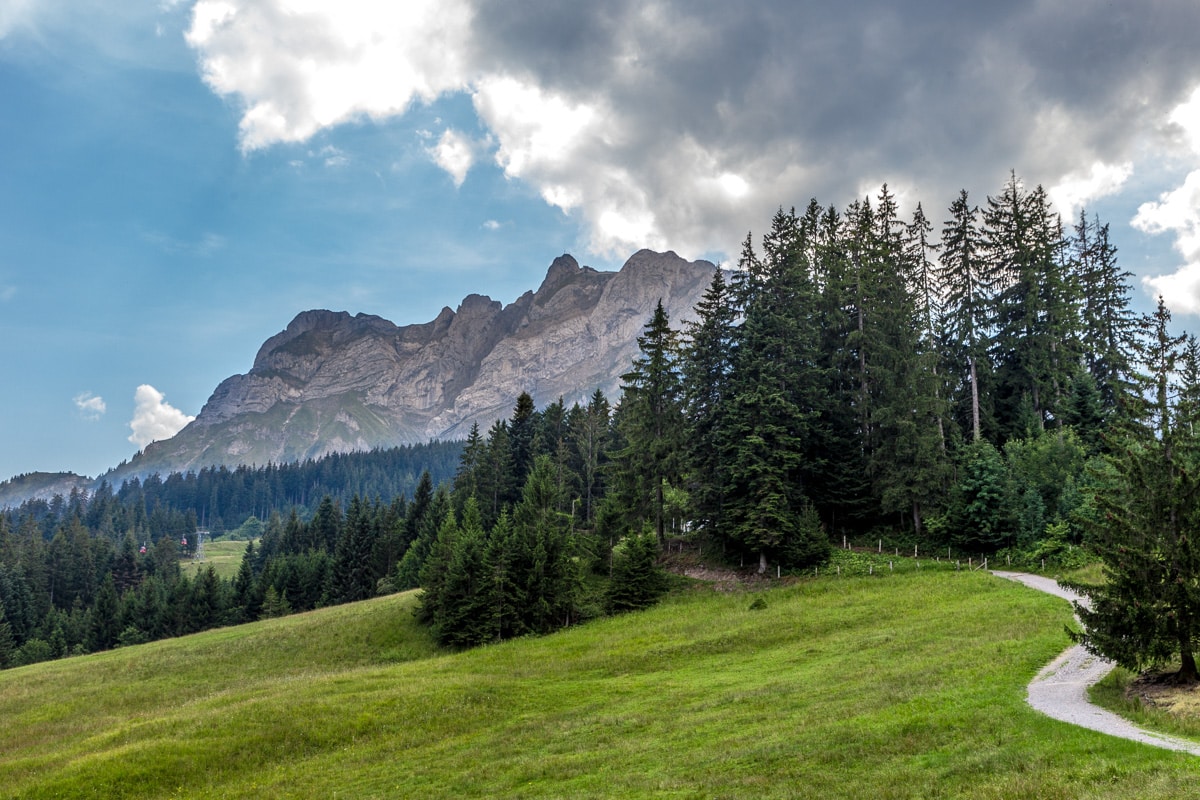 The rocky path to the next gondola station, Krienseregg, was all downhill. The loose rocks required being attentive to our footing as we sometimes slid on the trail. The forest was shady and cool with wild blueberry (mostly gone) and blackberries (not quite ripe) growing on the moss-covered ground.

As we continued our descent, we paused for a sip of water, and were passed by a woman, about our age. We exchanged greetings, and she stopped to chat briefly. After commenting on the beauty of the area and the weather, we related our Slow Nomads story and how we happened to be here. We had a delightful chat, and if we were to be in the area for the night, we were invited to dinner. Unfortunately, we had to decline since we were returning to Basel later. 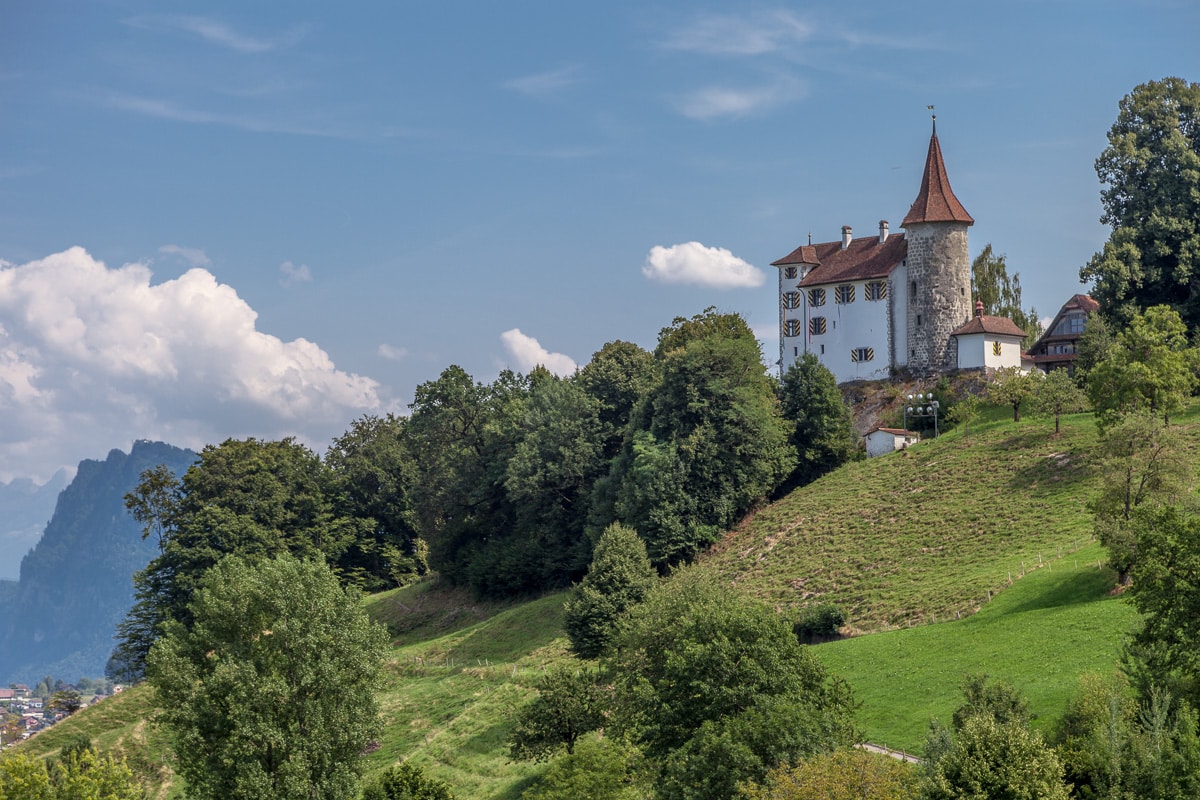 Not much further down the mountain, we took the next gondola down to the small town of Kriens where we found the bus to take us back to Lucerne. Lucerne itself deserved far more time than our exhausted legs were going to allow. But after having a cold beverage at a cafe, we summoned the energy for a short walk in the old town before boarding the train for the return to Basel.