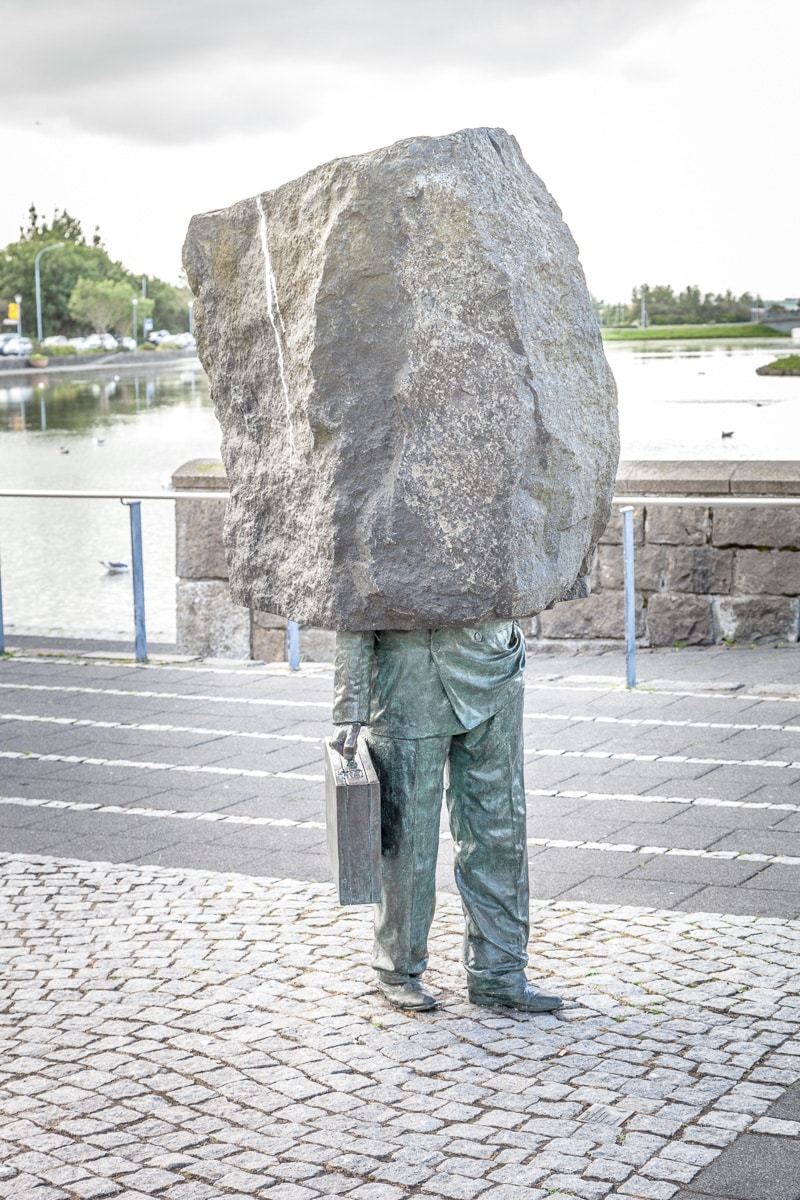 Our flight skirted the Norwegian coast on its way north allowing one last look at the fjords. The altitude let us get a last, spectacular view of the fingers of the North Sea infiltrating deep into the mountainous interior. It had been a month of unique experiences in a land of incomparable beauty, including the rain.

But now, on our way to Montreal, Canada, we were heading still further north to Iceland for a six-day visit. How we came to go to Iceland is a long story, but suffice it to say that Iceland Air allows up to seven-day stopovers on trans-continental flights – so, why not. 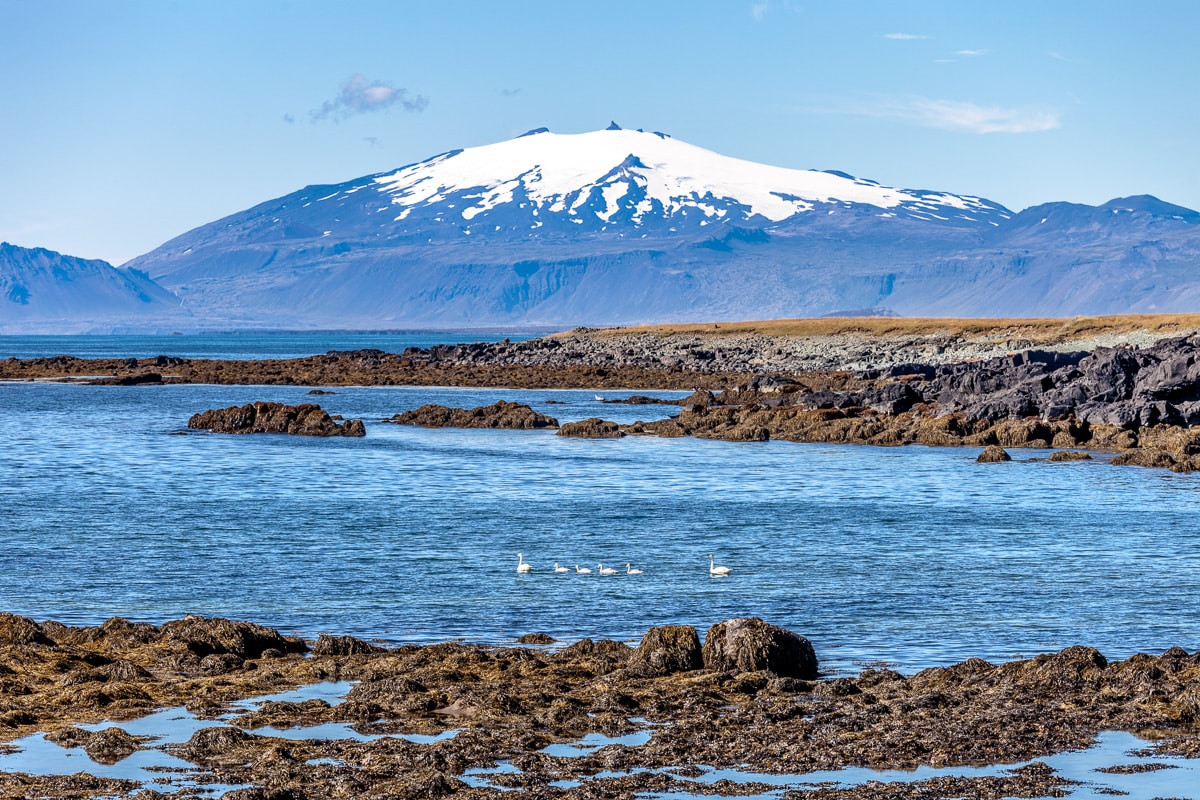 We had booked an apartment in Reykjavík well in advance, and the local bus system made it easy to get there from the airport. The apartment was a small studio, but was clean and delightfully appointed, and most importantly it was a short walk to the vibrant downtown. 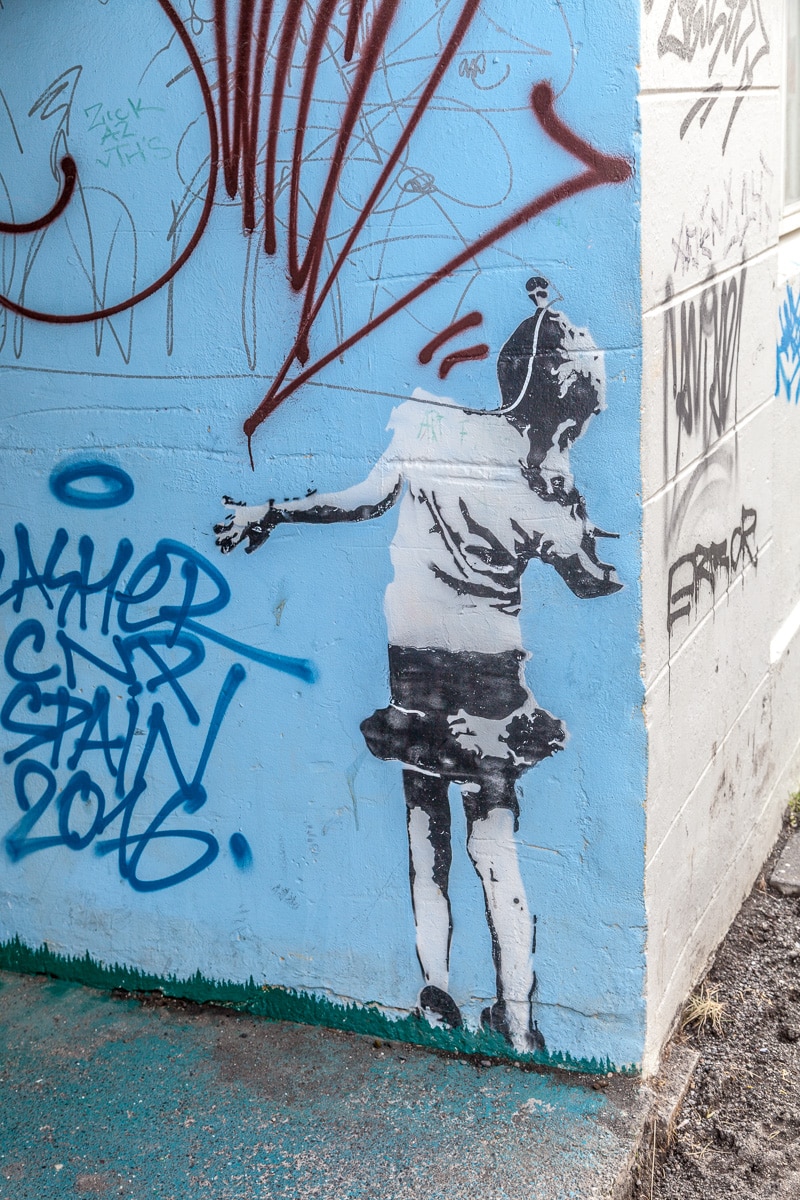 In spite of the country’s name and its position just outside the Arctic Circle, Iceland is warmed by the Gulf Stream and is considered to have a temperate climate. However, we didn’t have high hopes for much warm weather.

The bustling city was delightful and friendly, but the big fascination with Iceland is simply the “earth”. Fire and ice shapes all life in Iceland. There is no fossil record and there is no ancient human history – the first recorded permanent residents arrived in 880. No, this place is special for its geology. 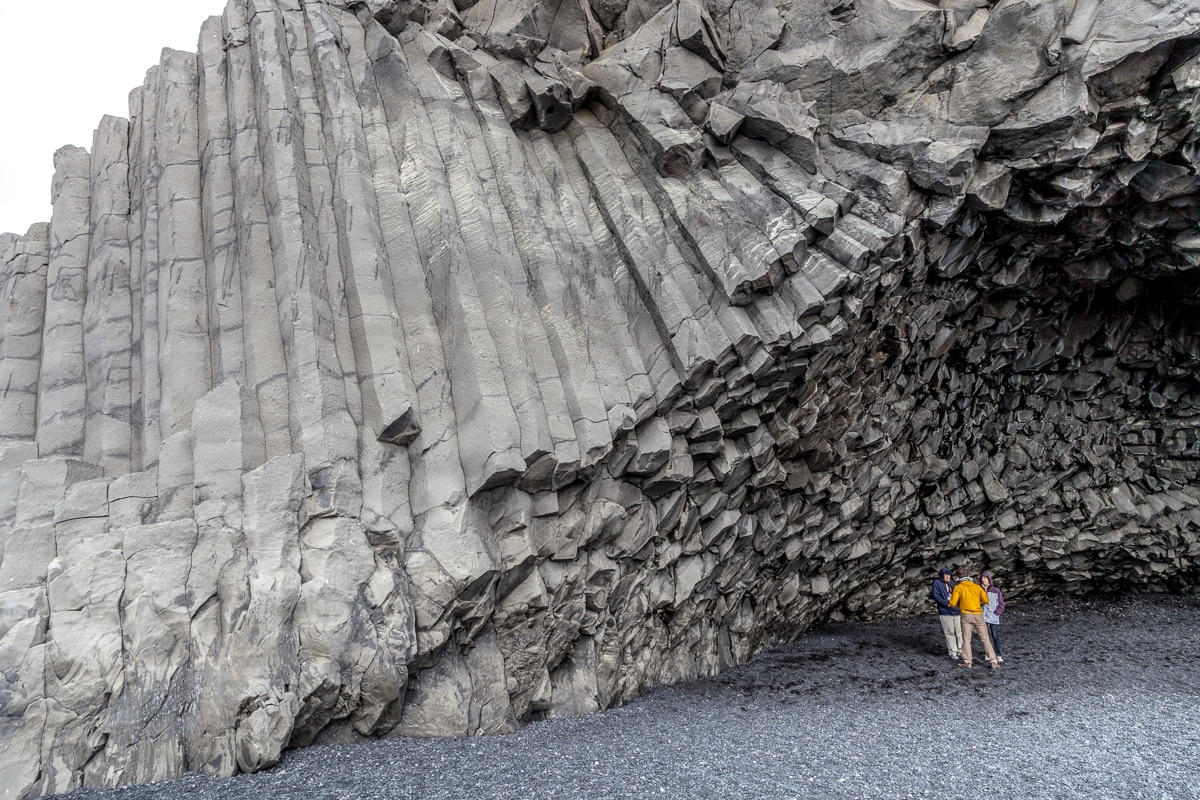 Not only does Iceland lie at the intersection of the North Atlantic and Arctic oceans, it also sits astride the only place both the Eurasian and the North American Continental Plates meet and are not deep under the ocean.

Where these two continental plates meet is called a divergent or constructive plate boundary. The plates move apart as new magma rises and erupts along the spreading ridges forming new crust. But it also means that magma lies near the surface, and that results in volcanoes, geysers, hot springs and lava fields. 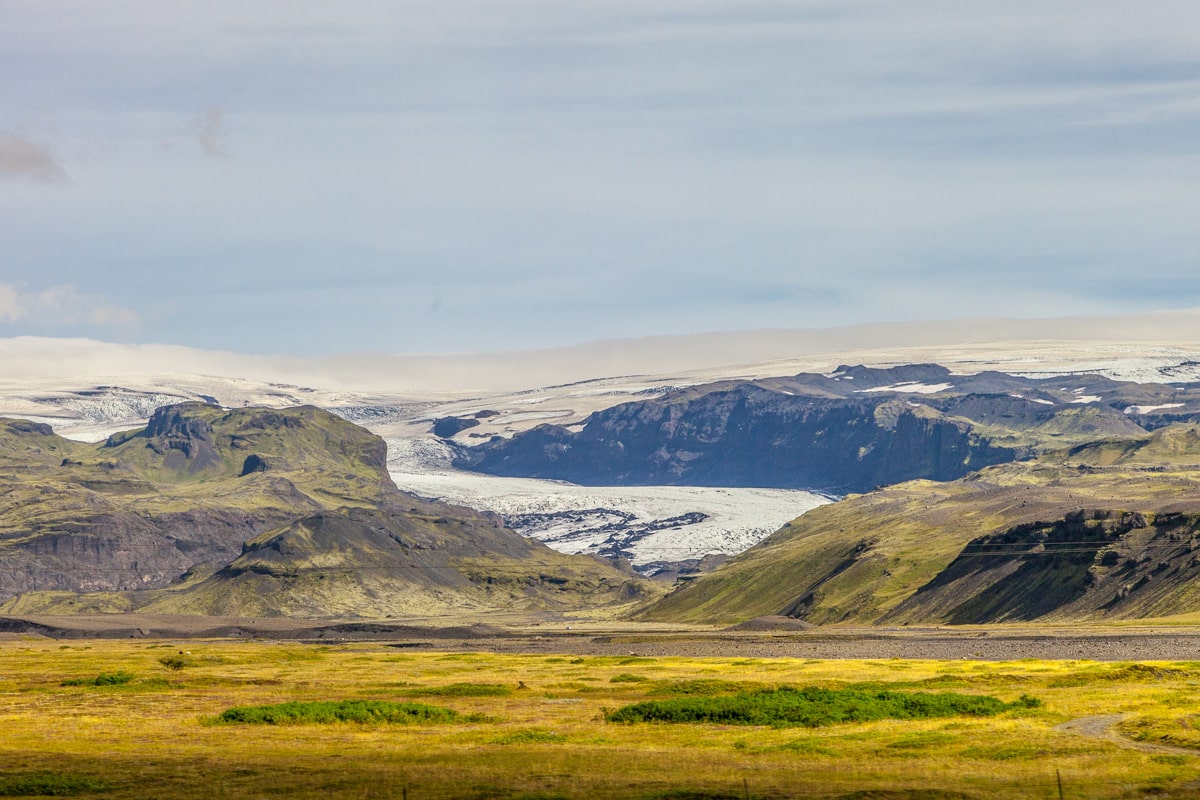 At the other end of the spectrum, glaciers and ice caps cover more than 11% of Iceland, and a few of those glaciers conceal huge volcanos. When one of the geologically frequent volcanic eruptions occurs, massive, devastating meltwater floods can occur . If the subglacial eruption meltwater gets into the volcanic vent the eruption can be explosive. 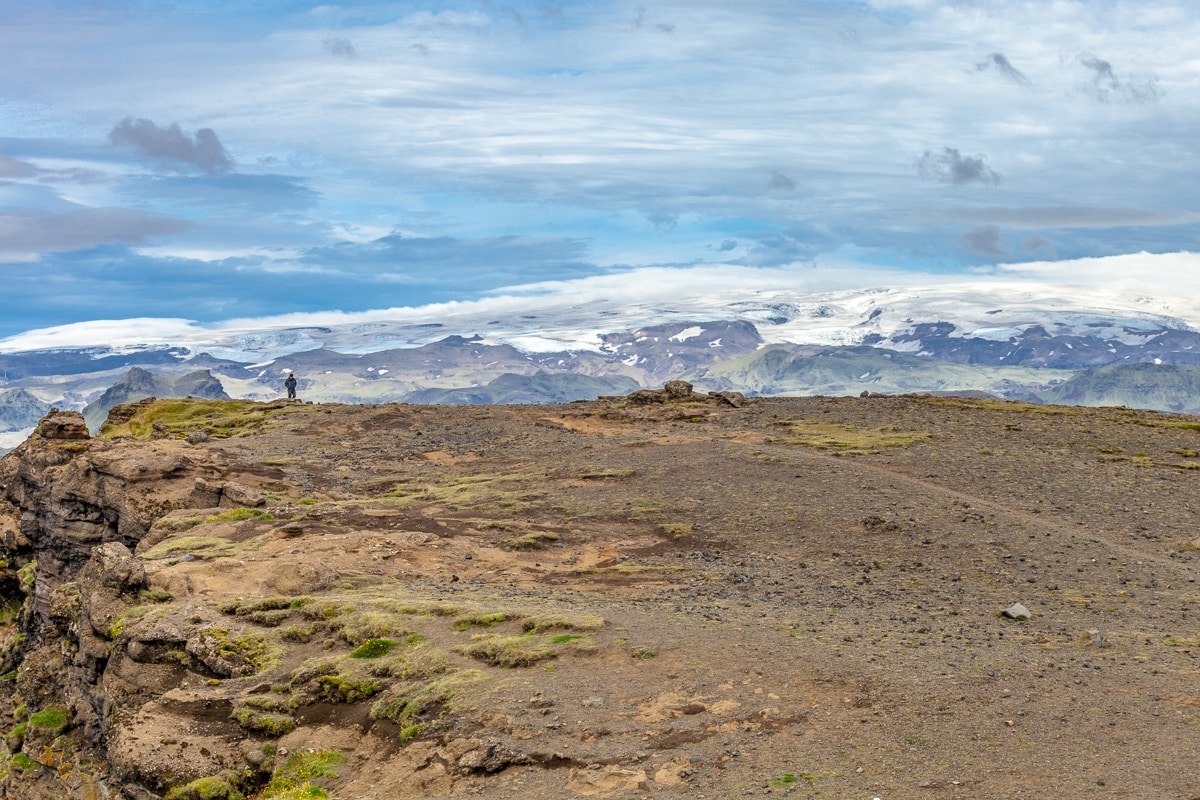 The 2010 eruption of Iceland’s Eyjafjallajökull volcano was a relatively small event, but its plume of ash paralyzed flights across Europe for nearly a month.

With such a short time in Iceland, we wanted to visit some of the natural wonders, yet still have the time and energy to experience this vibrant capital city. 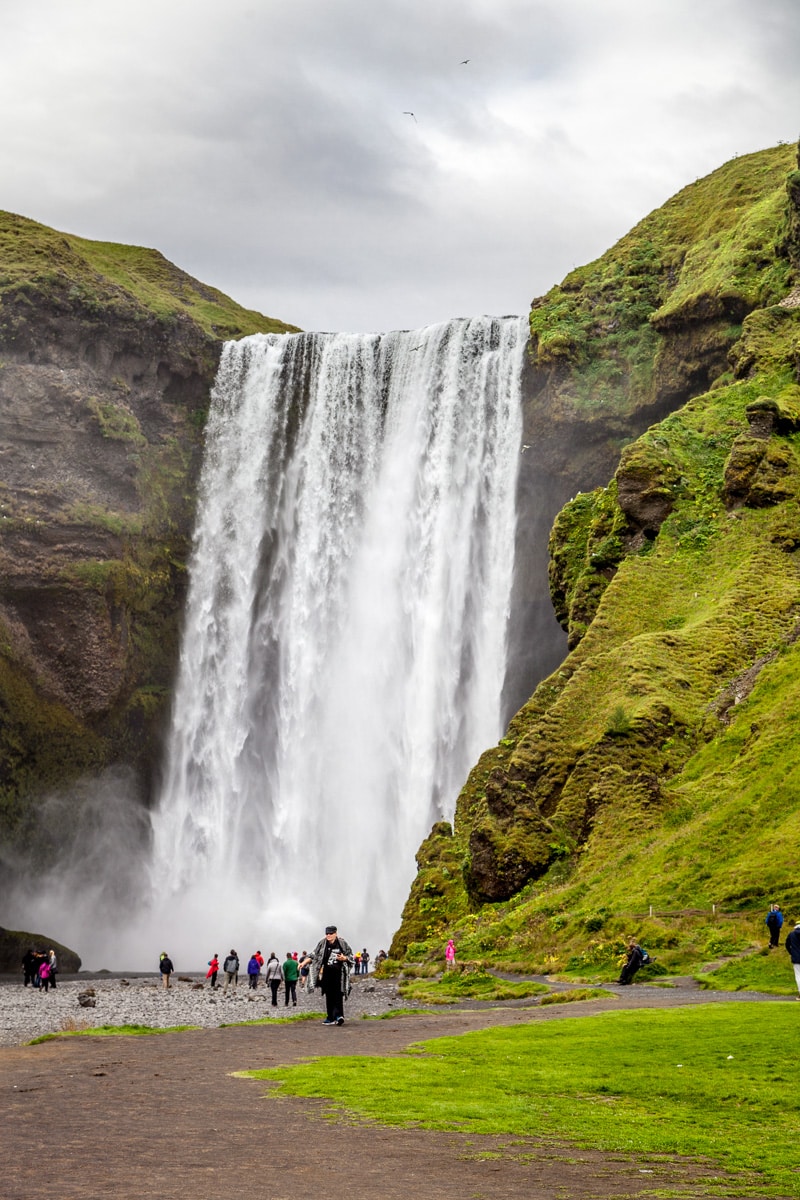 It has been our habit to not use an automobile except when necessary as it was in Ireland and for a time in England. We considered renting a car but decided that the best option for us would be to spend the funds and sign-up for some of the small-group tours to see some of the best of this part of the island. It turned out to be a good decision. They know where to go, how to get there, and I didn’t have to drive. The drivers were all knowledgeable and interesting, and the 18-passenger vans are small enough to be friendly and able to get to places that larger buses cannot.

The 10-11 hour South Coast tour, with GeoIceland, took us to Seljalandsfoss and Skogafoss waterfalls, the coastal village of Vik, Solheimajökull glacier, the Reynisfjara black sand beach, and the  Dyrholaey Puffin colony. 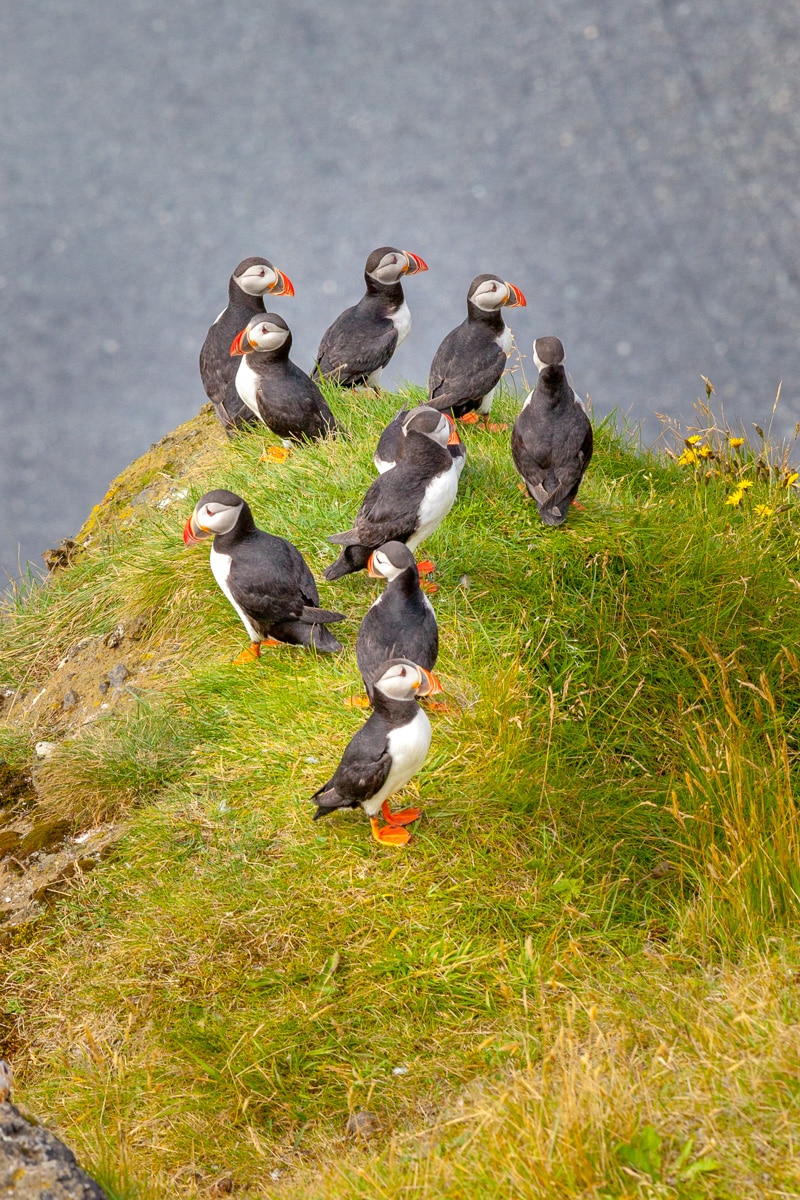 We had been told that Snæfellsnes National Park was not-to-be-missed, so we took Gateway-to-Iceland ‘s 10-hour tour to see Snæfellsjökull volcano glacier, the Gerðuberg basalt columns, bird cliffs at Arnarstapi, the Kirkjufell mountain, and Kirkjufellsfoss waterfall. 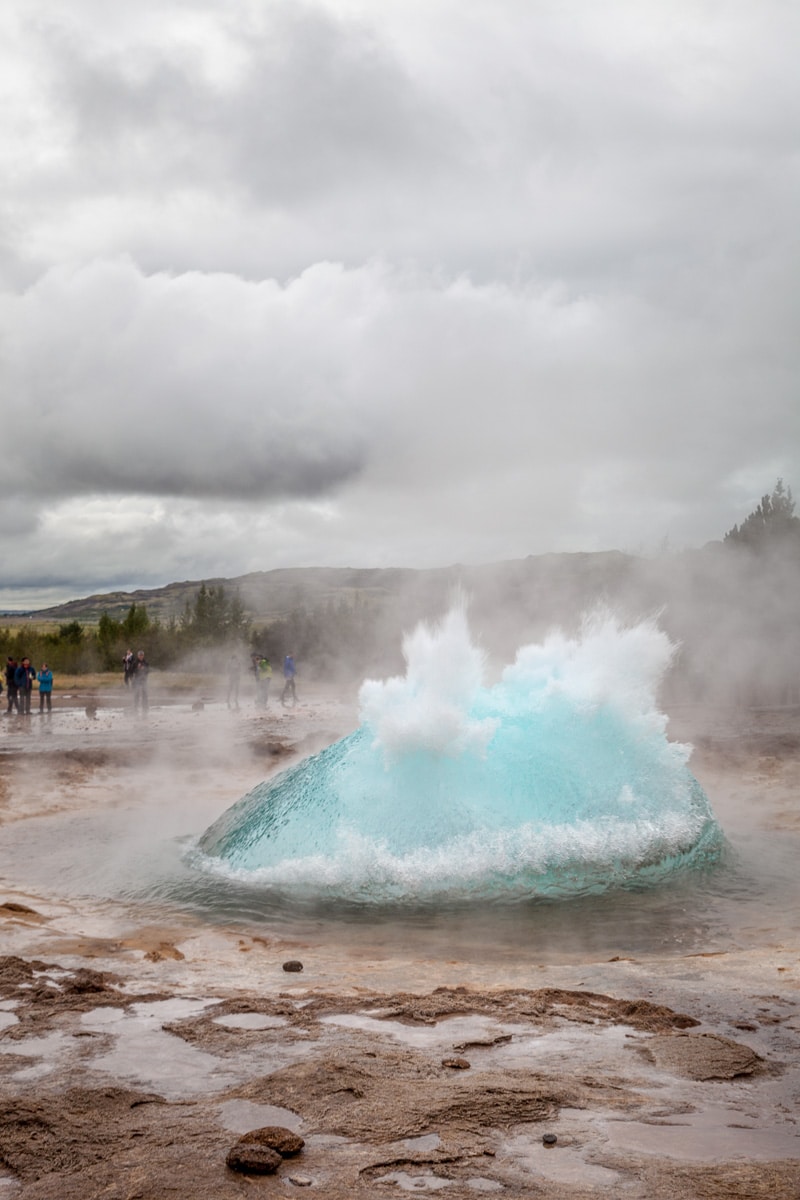 We had reasonably good weather while we were in Iceland. There was some cold and some rain, but it didn’t deter us. And the weather was great for the Reykjavík 21nd Annual Culture Night or known locally as Menningarnótt. In spite of its name, it is a weekend-long, epic-sized party that includes performances, exhibitions, street art shows, concerts, sporting events, feasts, and a vast array of other activities.

Iceland was delightful and friendly, though rather expensive. The landscape is raw, primeval, and beautiful, and its natural beauty was even more spectacular than the images can show.

Though we had technically been mostly on the North American Continental Plate, the next stop for us was to be firmly in North America for a month in Montreal, Canada.