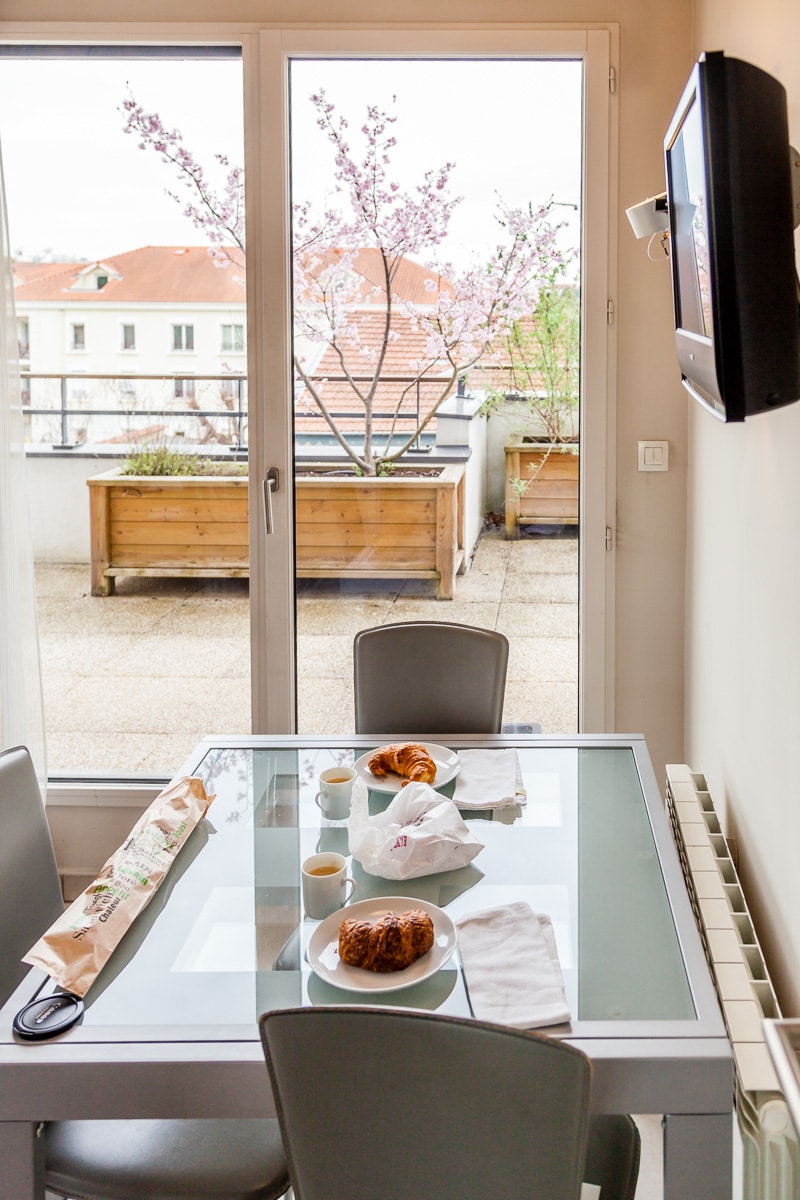 In the 3rd arrondisemont of Lyon is a small neighborhood known as Montchat. It is here we found an apartment where we feel at home. Primarily a residential area, our flat is less than two blocks from the small, tree-lined commercial street Cours du Docteur Long. Montchat is far from the bustling center of Lyon; it’s basically an urban village. The Cours du Docteur Long is filled with shops and businesses of all kinds all within walking distance of our apartment.

Within a three-block length of the street there are a three boulangeries (bread), a magasin de vin (wine), a fromagerie (cheeses), two boucheries (butchers), two pâtissiers (pastries and chocolates), three small groceries, two or three bar/cafes, at least 10 restaurants, two book stores, clothing shops, banks, realtors, florists, and a host of other small businesses. On Wednesday and Saturday, there is a market, just a block over in the place du Château, with local produce, meats, fish, cheeses, breads, nuts and olives, and more. 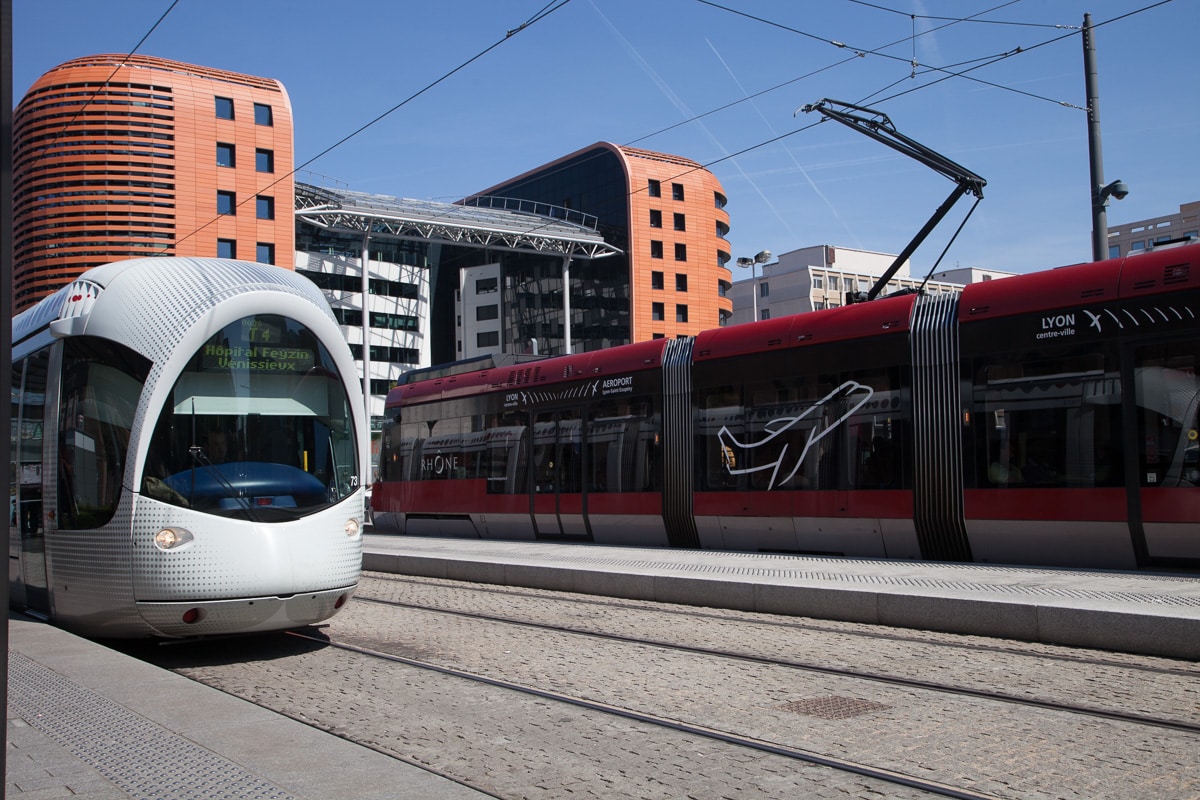 We can catch several buses near Cours du Docteur Long, or we can walk three blocks in the other direction and conveniently take the tram to more distant parts of the city. Since we are two tram stops away from the Gare Part-Dieu (railway station), we can easily use the train system for excursions further afield.
It is a busy little neighborhood. On any given day there are people walking up and down the street; often with children in tow, or strollers pushed by various family members.

More importantly it is a friendly neighborhood in what we have found to be a friendly city. We have had such wonderful connections with everyone we have met, shop owners, neighbors, and other customers in the shops we frequent. 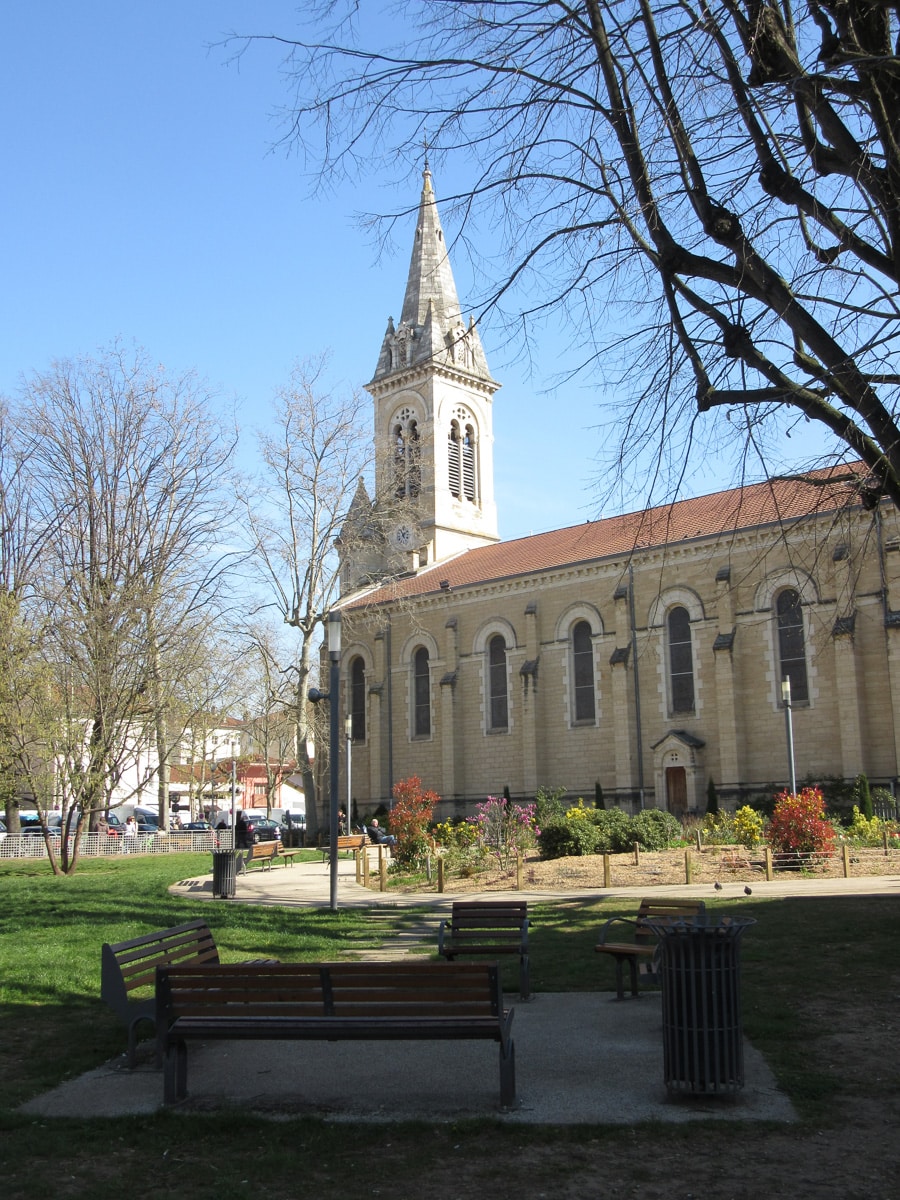 In a small restaurant around the corner, we were in a small dining room with another couple and a woman eating alone. We were sharing our limited French-speaking abilities with our waitress and another server. And as they left the room the woman who had been dining alone started a conversation with us from her table, in English. She soon came over and we had a delightful chat. A wonderful end to an adventurous lunch (we really had no idea what we ordered, the choices were recited in French, of course, as there was no written menu; but it was good).

There have been countless similar encounters, from the cheese shop, and the children’s gift shop, to the wine store and the restaurant where the waiter remembered us from when we had been there twice the previous December (or so he said; he made us feel welcomed anyway).

It’s Spring here, everything is bursting out of Winter’s grip – the colors of flowers, the greens of the trees, the people, the fresh food, life in general all makes us feel that this is a good place to be for a while.