was the Royal Yacht; that is, the personal vessel of Queen Elizabeth and the Royal Family. After being decommissioned in 1997, Britannia was retired to the Port of Leith in Edinburgh as a visitor attraction. That’s about all we knew, so, armed with this wealth of information we took the bus to Leith to tour this historic ship. 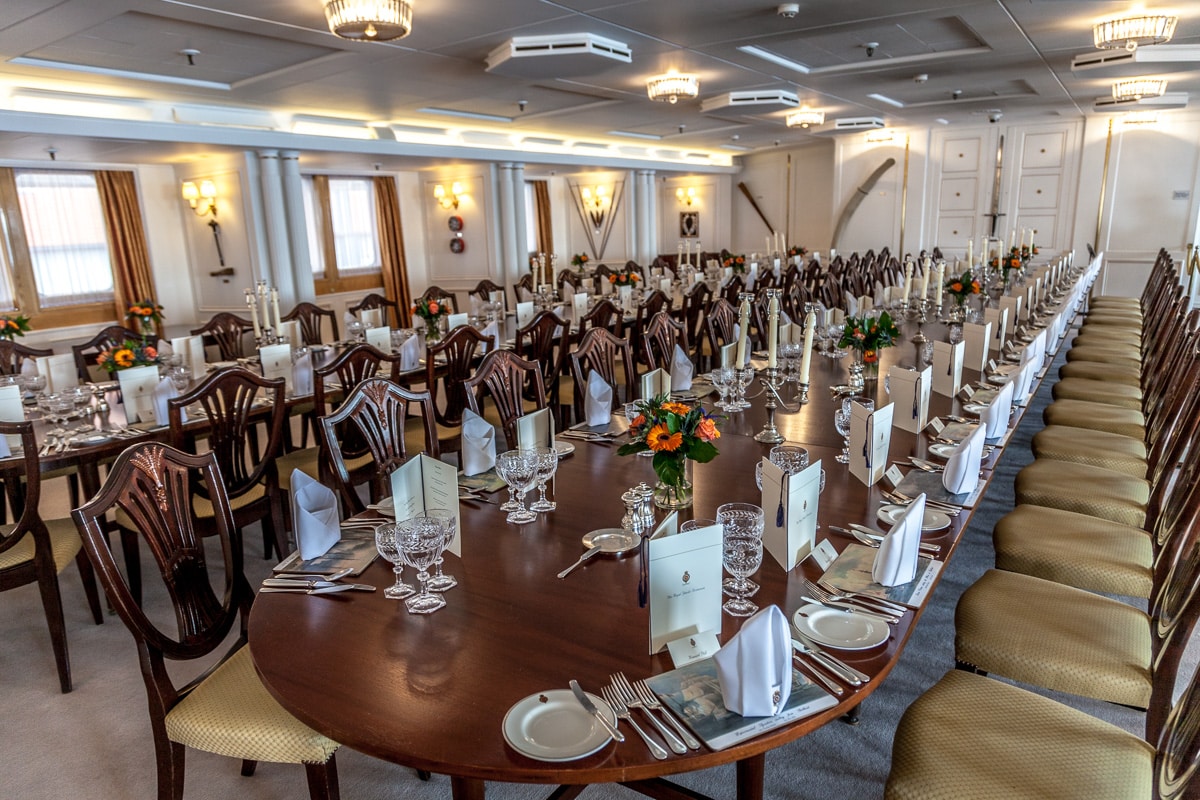 Admission includes an audio guide that allows you to go about the ship at a leisurely pace spending as long as you like in the various areas. Many areas remain set up as if it were still in use, and in some ways it still is, as an elegant venue for special events like corporate events, anniversaries or birthdays.

It is a glimpse into the public and private lives of the British Royal Family, and there are friendly guides around always available to answer any questions. Almost all the pieces in the State Apartments are on loan from The Royal Collection, with permission of Her Majesty the Queen, of course. 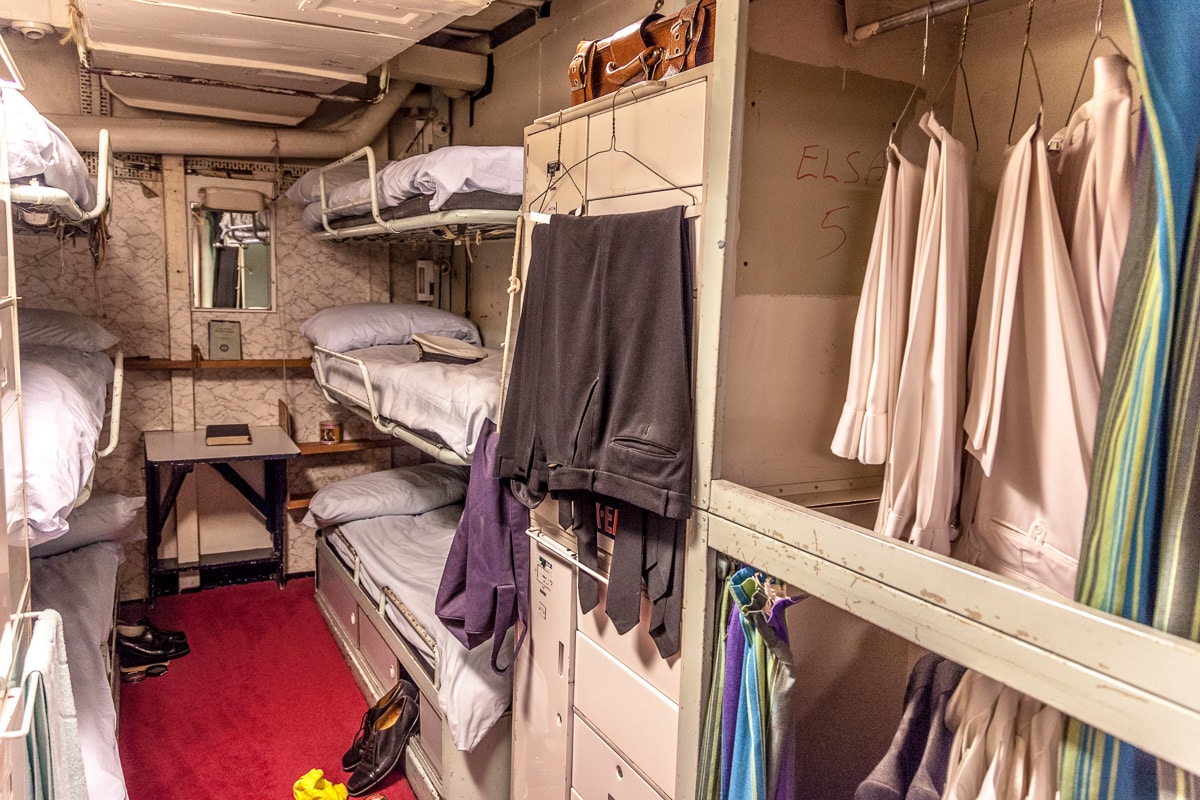 It was very interesting to see the living quarters of the staff, their bunks and uniforms, dining areas of the crew, kitchens and work areas as well as the Royal apartments which were a bit more modest than we expected. Of course, the 40 ft Royal Barge, carried aboard the Britannia for the Royals to motor about in, stretches the usage of the term “barge” as it is an elegant boat in itself. There is also the Rolls-Royce Phantom V, that traveled on Britannia with the Royals. 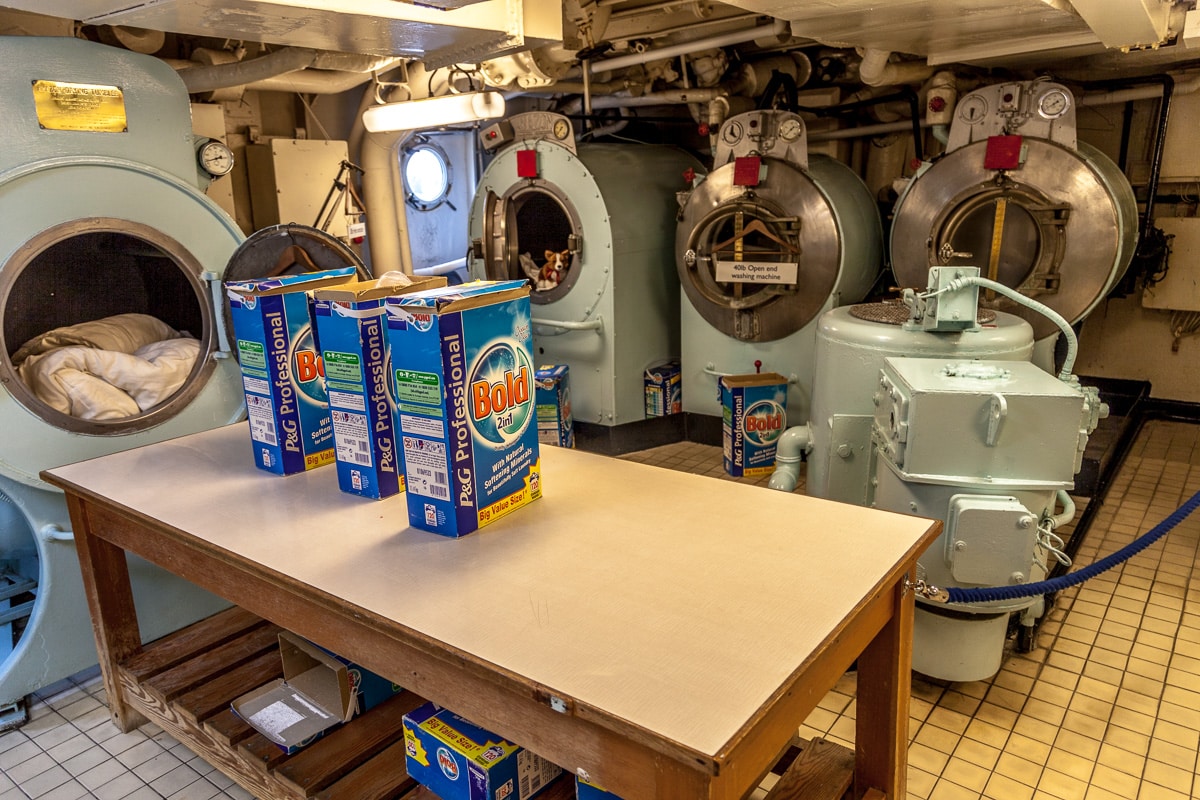 The ship has in its 44 years and over 1 million miles at sea seen some of the world’s most influential public figures, including Sir Winston Churchill to Boris Yeltsin, Rajiv Gandhi to Nelson Mandela, and US Presidents Dwight D. Eisenhower, Gerald Ford, Ronald Reagan and Bill Clinton were welcomed aboard. Charles and Diana, the Prince and Princess of Wales, took their honeymoon cruise on Britannia in 1981.

Britannia was launched on 16 April, 1953 not long after Queen Elizabeth II’s coronation, and decommissioned in 1997.

The visit was not only a good way to spend a rainy afternoon in Edinburgh, but was far more interesting than expected. She is a beautiful ship, now owned by The Royal Yacht Britannia Trust, and it is good to see her so well taken care of and available for the public to experience. 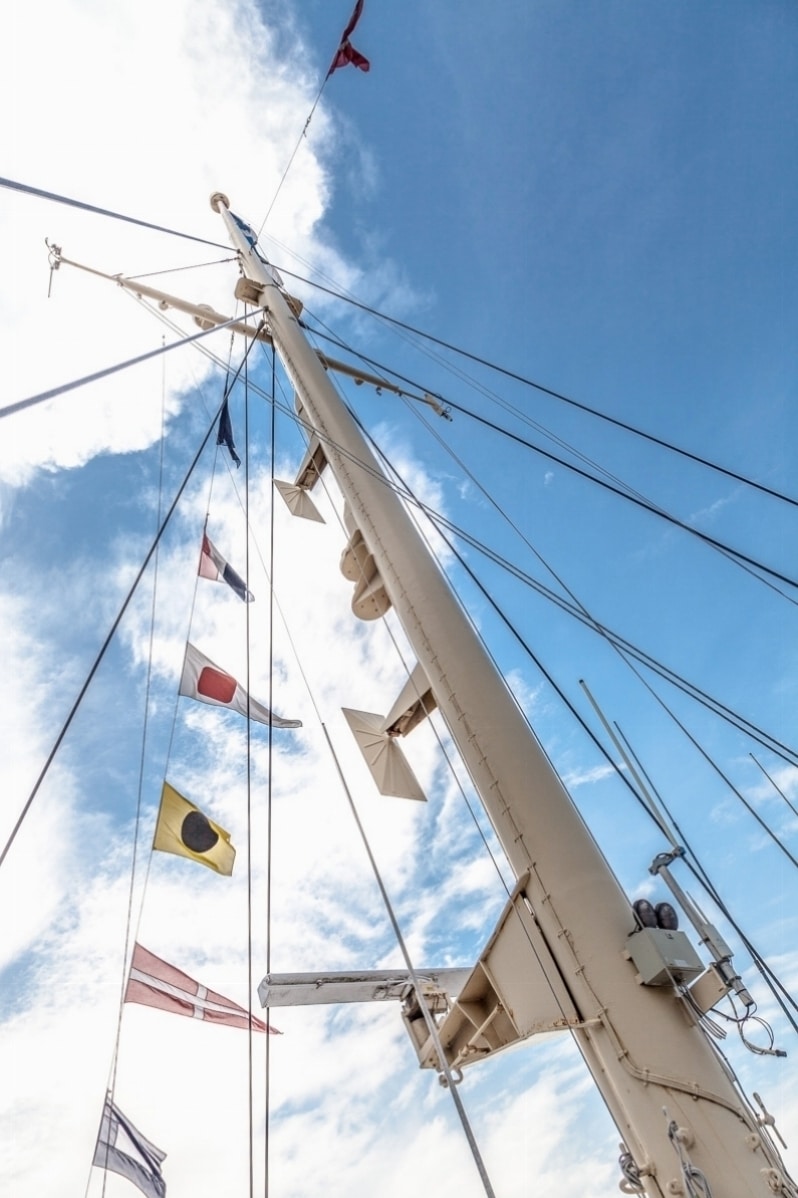 The boat complement is large by Service standards for the size of ship, and consists of:

For very detailed technical information about Britannia see this document.