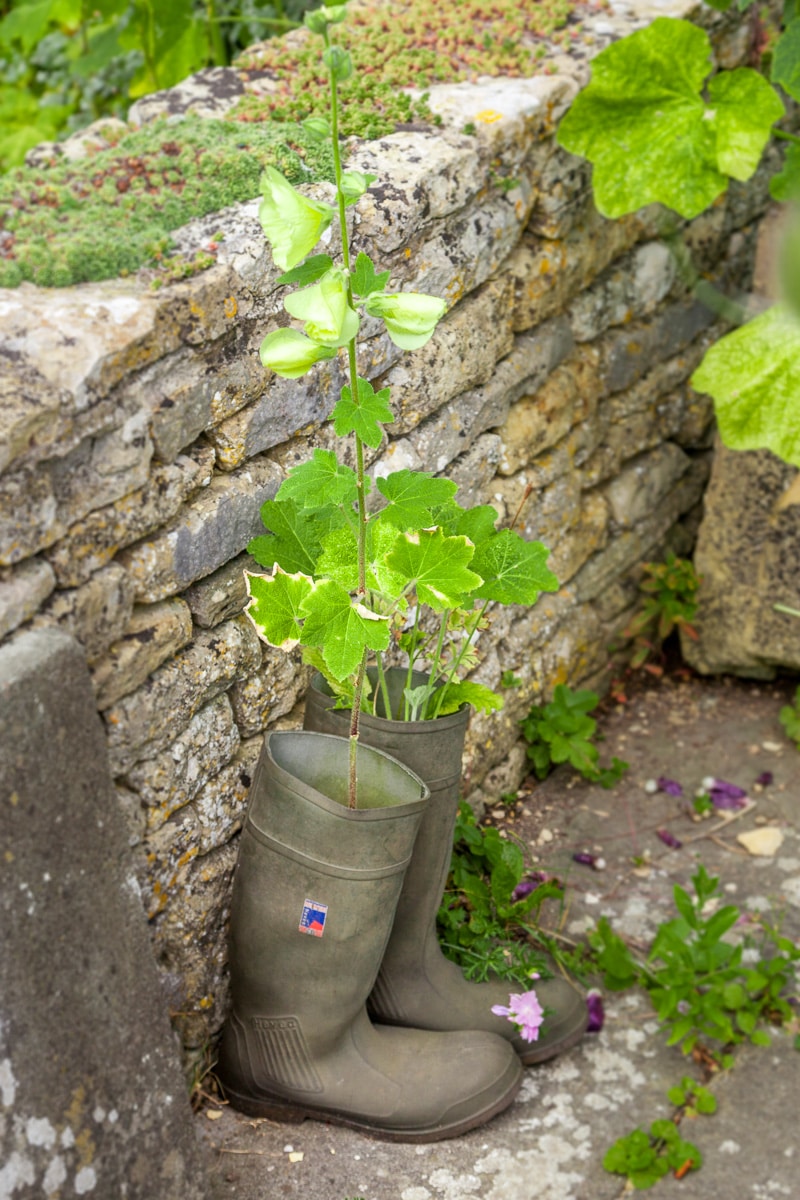 Hamlets, Villages, and Towns – I’ll admit I wasn’t sure of the distinction between these settlement types. There was an intuitive awareness; for instance it seemed contextually obvious that a hamlet is smaller than a town. However, what I finally learned was that a hamlet doesn’t have a church, while a village does. Towns historically have a market, a designation signifying a higher importance in the hierarchy.

After that, increasing population and services determine the designation, from hamlet, to village, town, city, and all the way to megalopolis.  Of course, there is a great deal of flexibility in the definitions as there are some villages that are larger than towns. 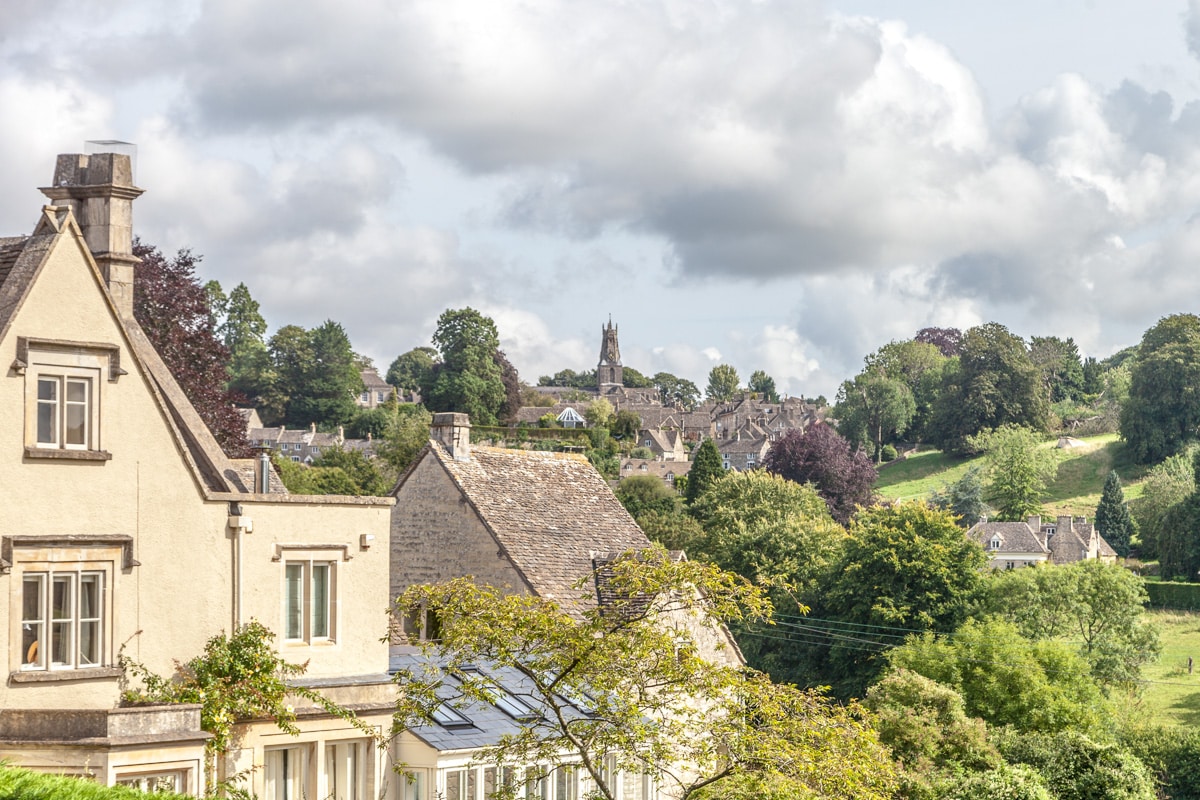 The English countryside is dotted with hamlets, villages, and towns. From high on the wolds one can see them sitting like islands in a sea of green pastures, farmlands, and forests. The villages are distinctive with their church generally sitting centrally and its bell tower or spire standing high above the other buildings, and typically there are hamlets at a distance surrounding the village. 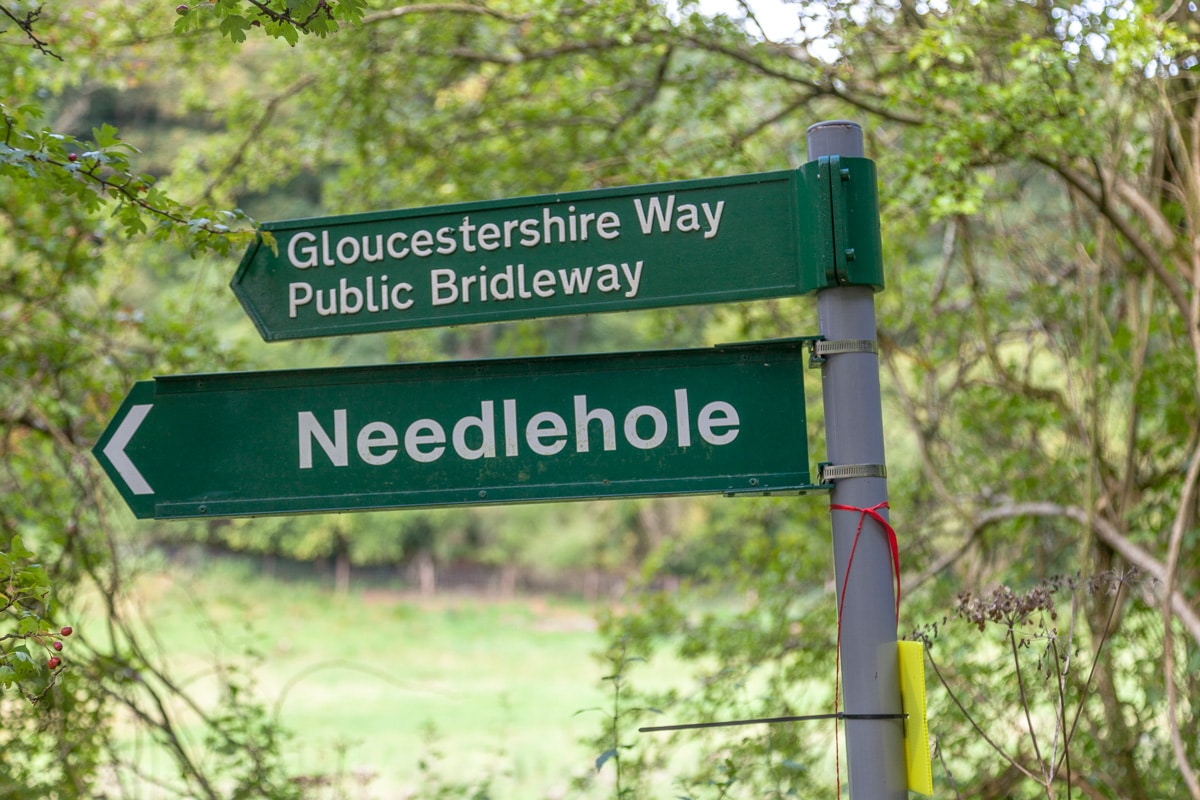 The names of the communities in England are often fanciful and curious as well. Giggleswick, Wigglesworth, Ozleworth, Bagpath, Nympsfield, Owlpen, Painswick, Nailsworth, Birdlip, Minchinhampton, Upper- and Lower-Slaughter, Winchcombe to name just a few, are not only charming and amusing, but often very descriptive as well.

Historically, the majority of place-names derive from Latin/Roman, Middle English, Old English, Irish, Norman French, Old Norse, Scottish Gaelic, and Welsh as well as other dialects. The suffixes for just a few are: 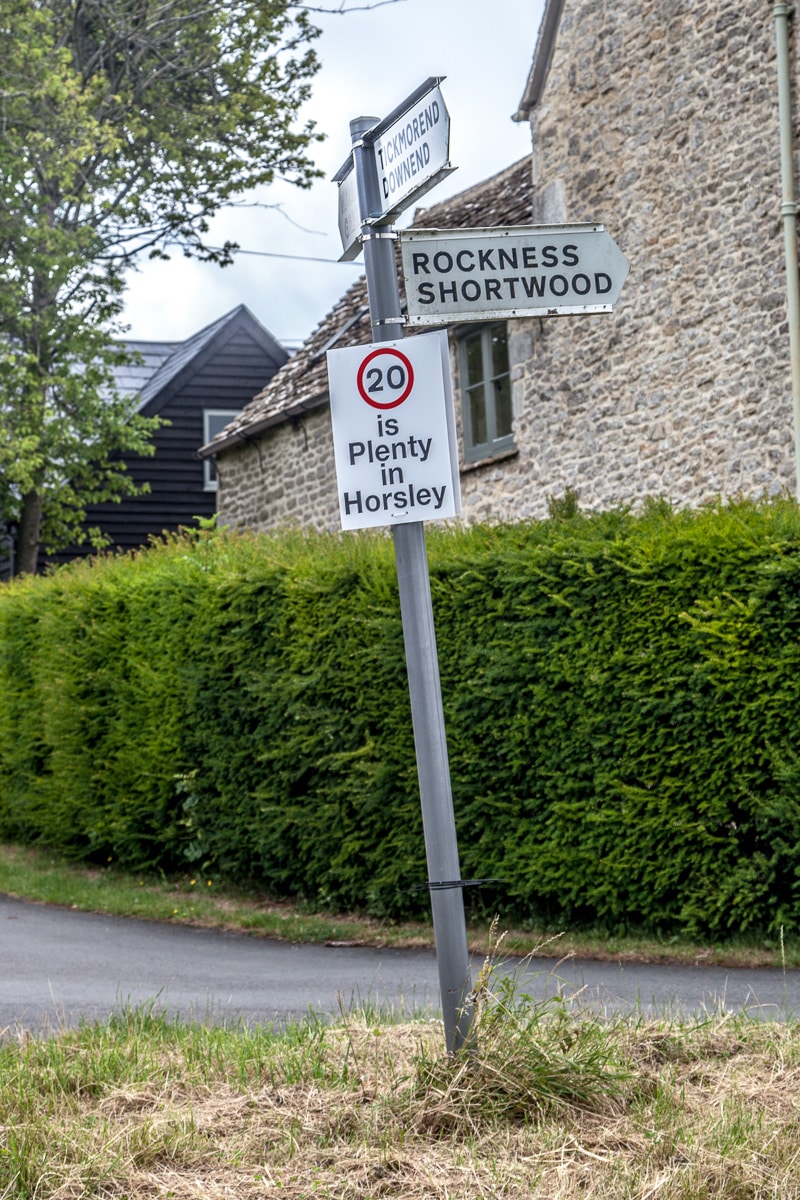 The meanings of many place-names are simply lost in time but all of the places have a certain English charm, even Hambutts and Cockadilly. 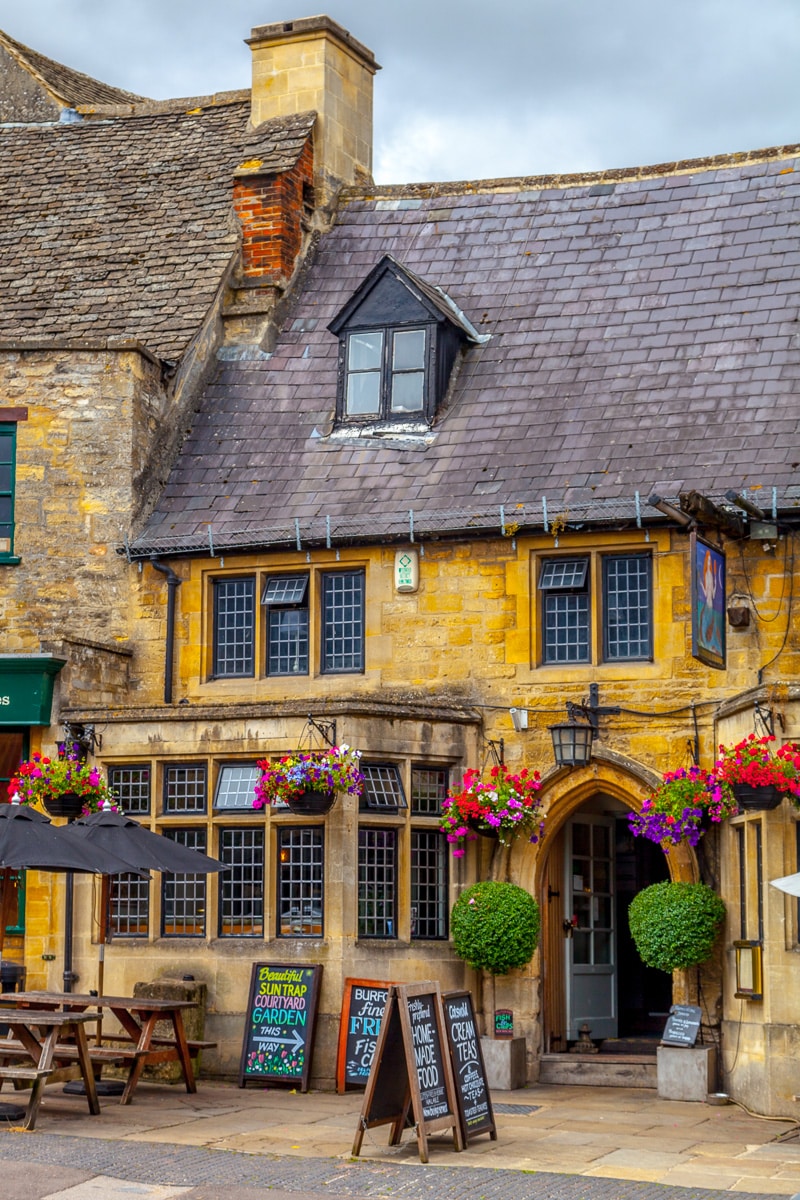 Most of the villages (I will use this term collectively for hamlets, villages and towns) came into being to support the wool trade during the Middle Ages. The trade’s most active period was 1250-1350, an era that was the foundation of the English medieval economy. Simply put, these places are old, and in many ways, unchanged in over 600 years.

Some of the villages are now overrun by tourists that arrive in large numbers, so being able to visit earlier or later in the day allows for a better experience. But in spite of the popularity of some places, there are many charming villages and hamlets that are difficult to find or are situated on narrow, winding, single-track farm lanes that can deter the less adventurous (or foolhardy). 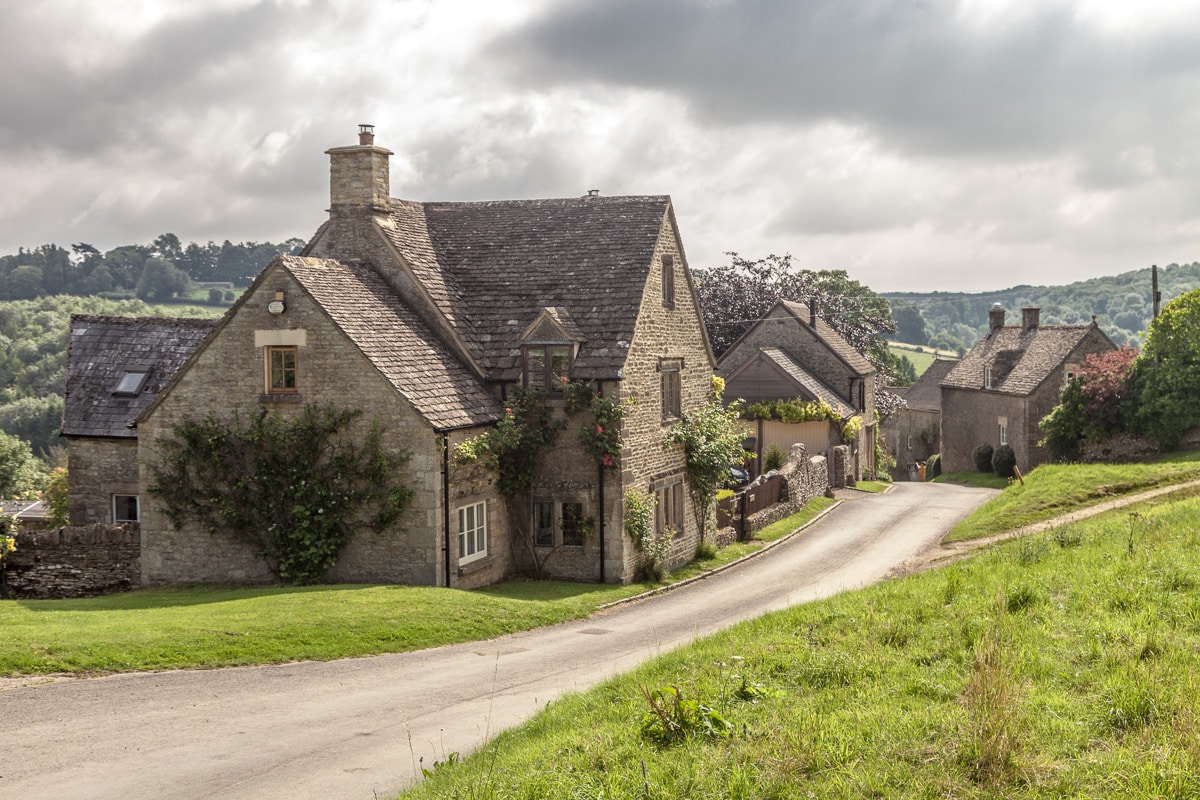 Driving on some of these tiny strips of pavement requires constant attention. First to keep the vehicle centered between the stone walls or hedgerows, second, to be alert to oncoming vehicles, and third, being aware of the slightly wider places where it is possible for two small cars to slowly pass (we have not yet had the need to pull in the side mirrors… yet).

The general etiquette says that the vehicle that is in the best position to allow the other to approach and pass flashes their headlights, and then moves over or reverses to the wide area that he had just passed. The transaction is always concluded with a smile and a friendly wave by both operators. 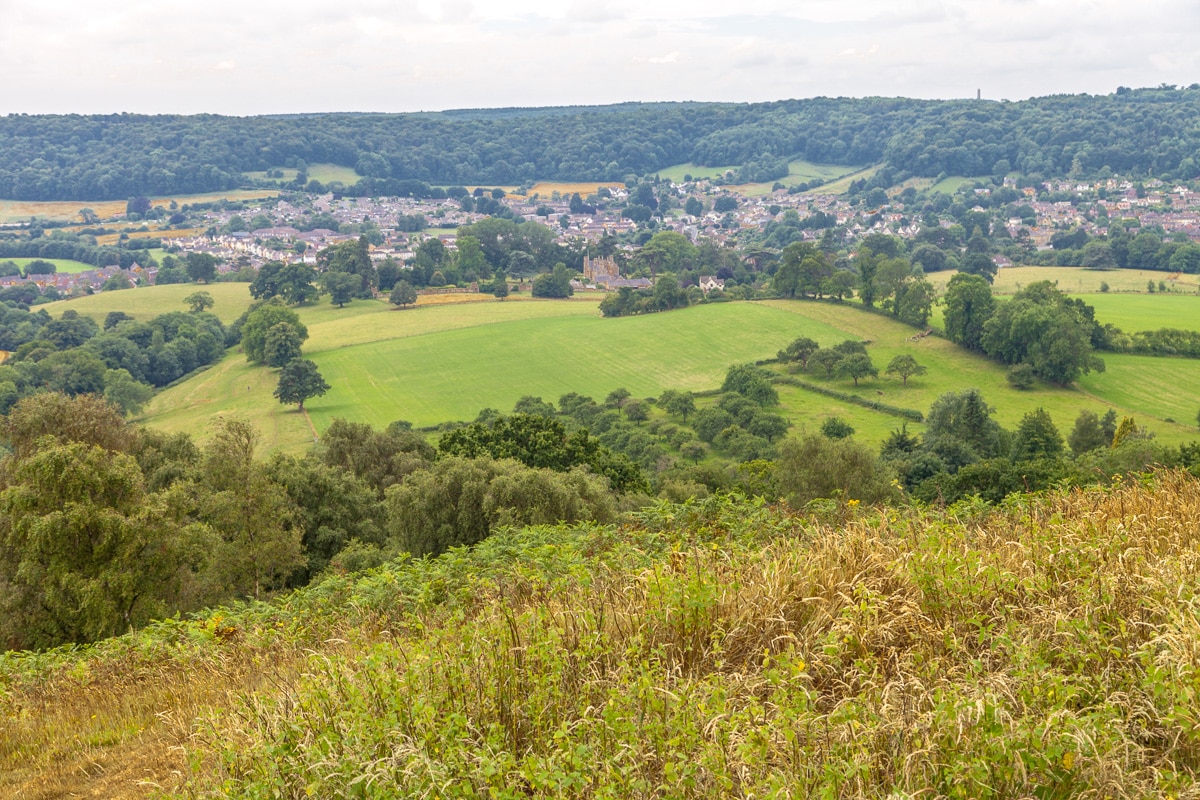 Without question though, our favorite way to enter a village is on foot. Whether through a pasture over a hill, or through a wood along a stream, the warm-toned stone buildings, often surrounded by small gardens filled with vegetables, fruits, and flowers greet us. Narrow streets with hollyhocks and roses add a civilizing change from the brambles, thistles, and nettles that often line footpaths. 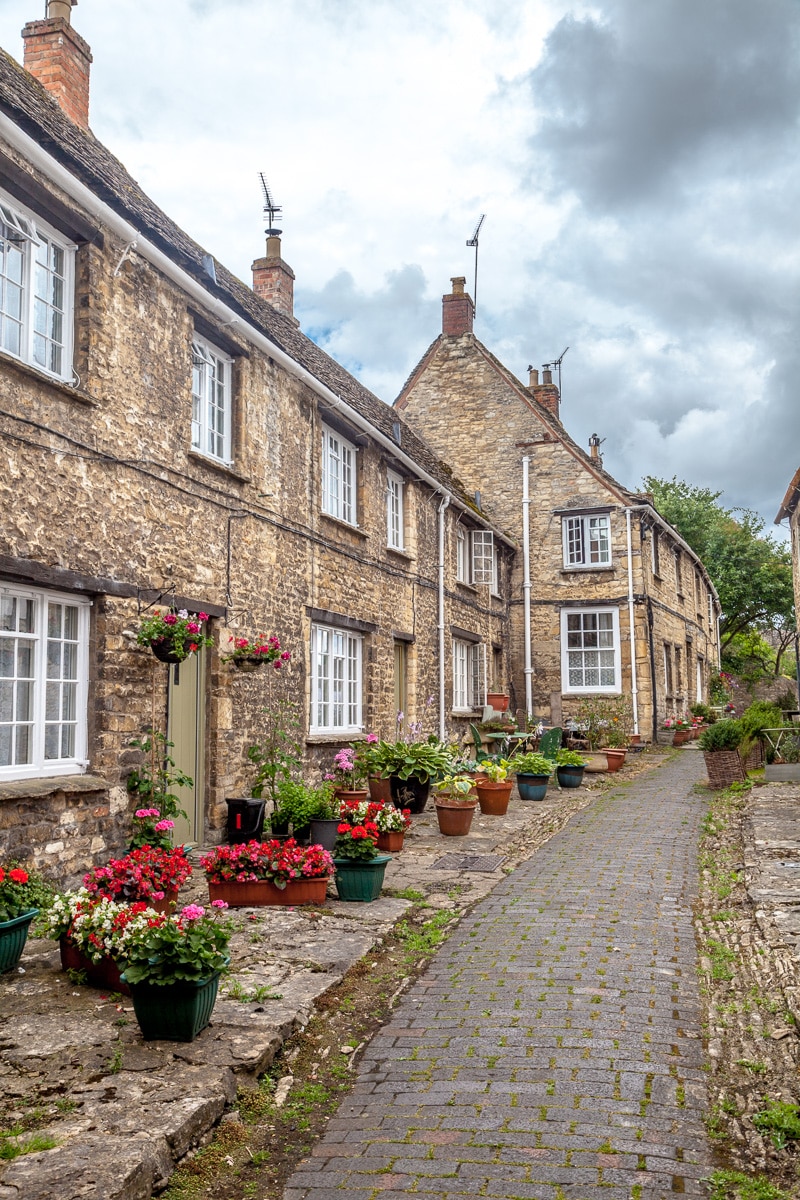 Laundry hangs from clotheslines when the weather allows (and sometimes when it doesn’t), and often a dog barks as we make our way by. There is nearly always a welcoming pub somewhere, and often a church with a long history and someone locally famous buried in the neatly cared-for churchyard.

It is easy to stroll many of these small communities and think that if you’ve seen one you’ve seen them all. But each has its own personality and charm, and if the opportunity presents itself to stop and chat with a resident or two, there is a wonderful friendliness that is uniquely English.

And every place has a story.

The images in this post are of the various hamlets, villages, and towns we have had the pleasure of visiting. The captions will describe what’s in the image, but describing in any detail each place would require an entire website devoted to each. If you would like more information about a particular location simply search the internet or ask us using the comment box (below the gallery).