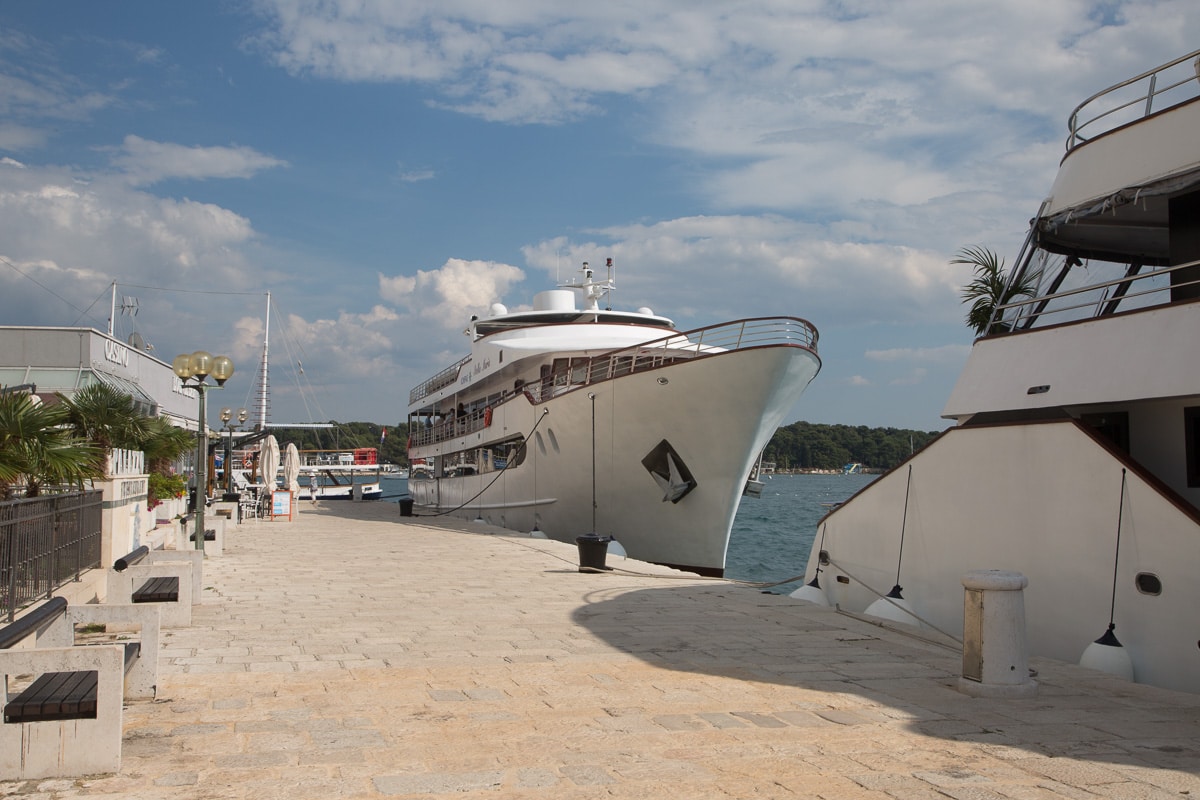 It is often said that getting there is half the fun. And while the exact proportions could be argued, there is no doubt that travel by ship can be a source of entertainment in and of itself.

The MS Stella Maris was our floating home for nine days as we made our way down the Adriatic coast of Croatia. The waters were crystal clear, the seas flat, and the scenery stunning. 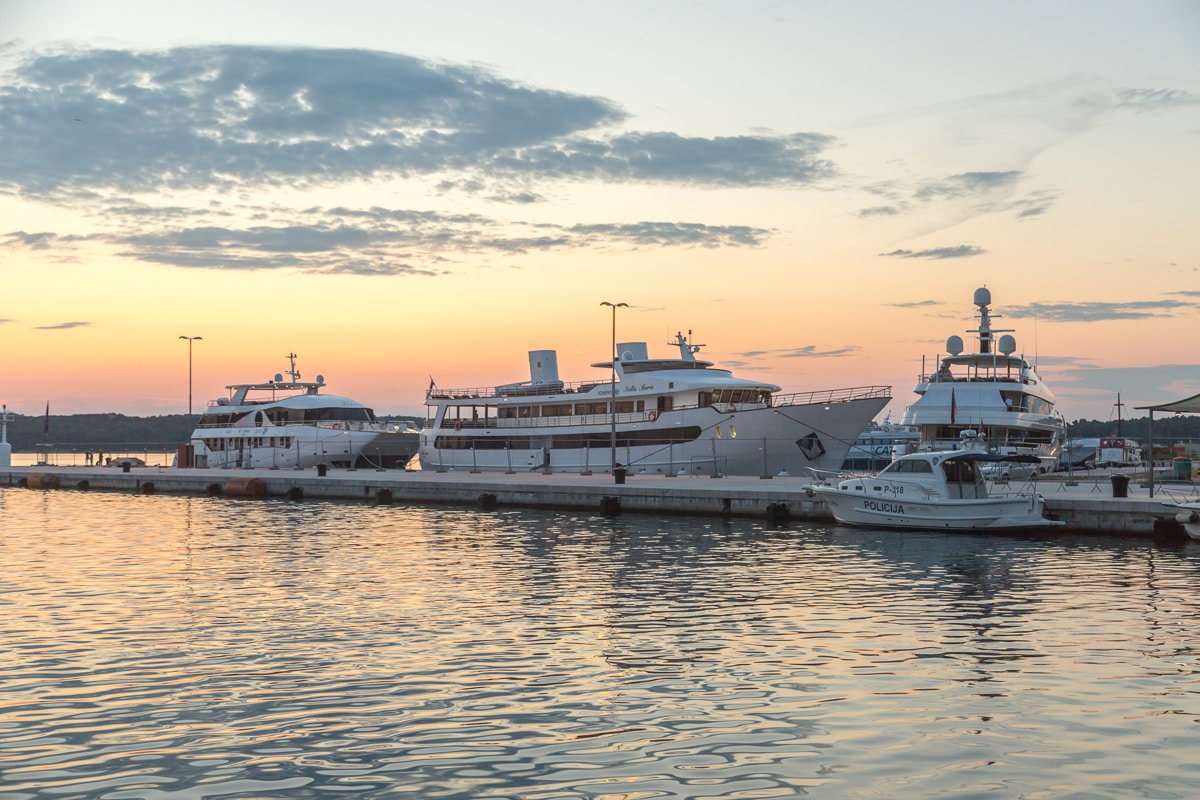 Though the ship was small, 49m (160ft) long, the docks and wharfs in the small ports we tied up in could often only accommodate one or two ships directly at a time. Certainly, no large cruise ships would have ever attempted to enter these ports, but once in a while there were several ships of similar size to ours in port at the same time. 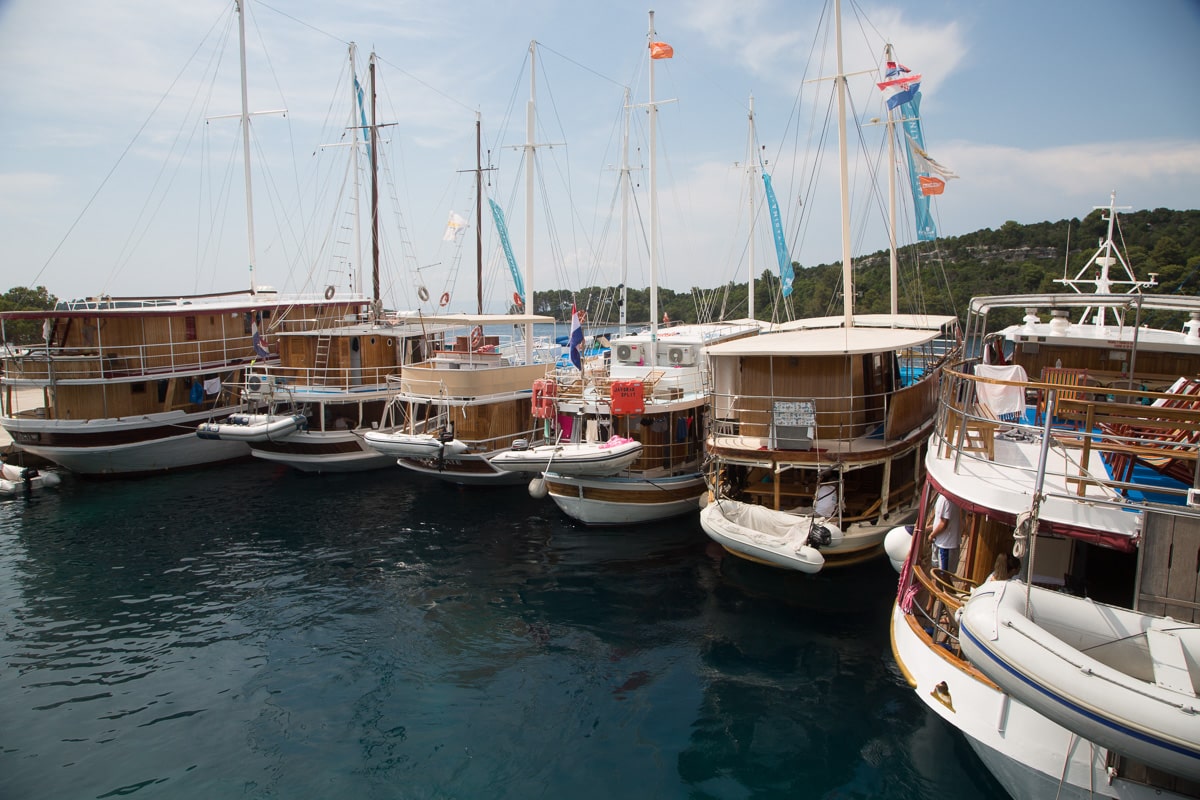 On those occasions one ship would tie up to the dock, and the next ship in would tie up alongside that one and so on.

One time, after an afternoon excursion ashore, we returned to find that our ship had been moved to the end of the stack away from the dock to facilitate an early departure.  The video below demonstrates the process of navigating our way to our ship.

Of course, the success of any journey can hinge on one’s travelling companions, and this trip was no exception.  Our group was primarily composed of North Americans, but also ranged from New Zealand to Spain. The breakdown among the passengers was Californaia (2), Canada (8), Florida (6), Georgia (2), Louisana (2), New Mexico (2), New Zealand (2) Oklahoma (2), Pennsylvania  (4), Texas (2), UK/Spain (2).

The entire group was congenial and friendly, and because it was a small group everyone had time to spend with the others as they wished. Meals were times where conversation flowed freely, and because seating wasn’t assigned, our dining companions changed daily. Likewise, private time was just as easy to find. In all, we found the time and space very relaxed and agreeable.

The ship’s crew also contributed greatly to our comfort and enjoyment of the cruise. Every one wore many hats as they worked to not only take care of the passengers, but to maintain the ship and get it safely from port to port. 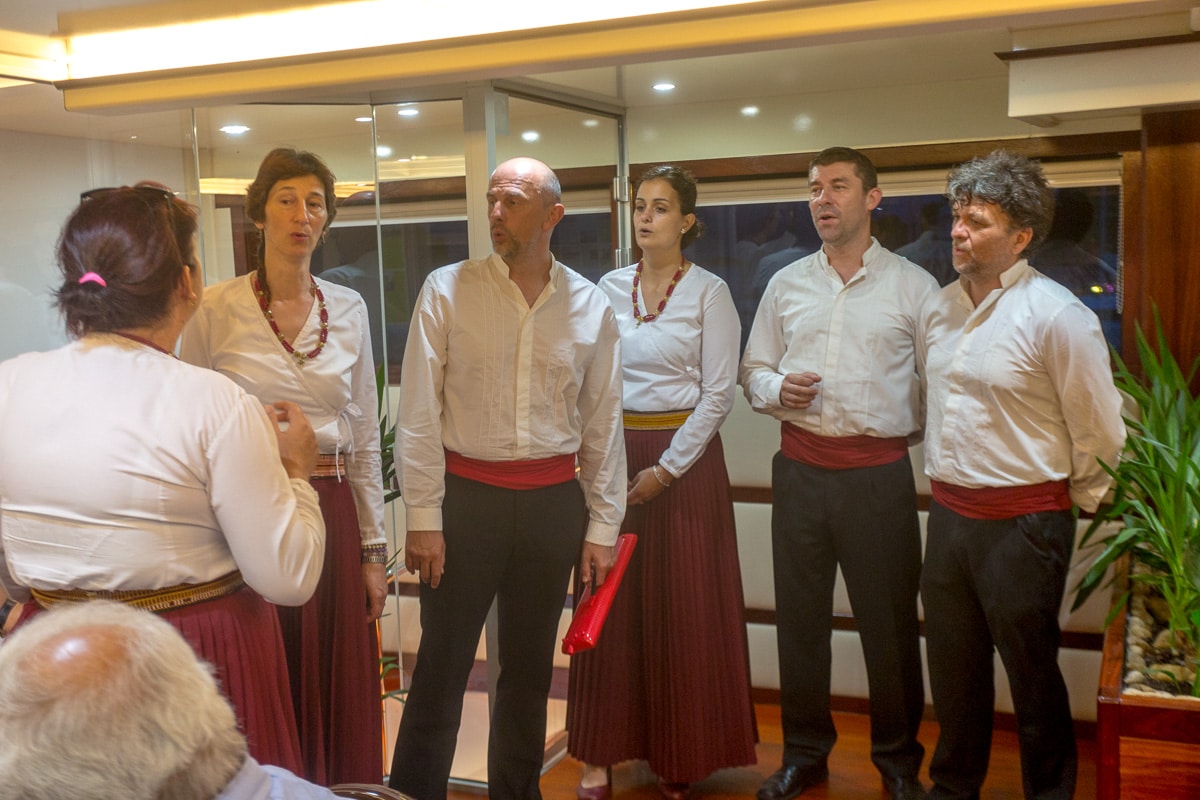 On such a small ship, entertainment is not something that is expected. But as we were docked in Mijet for the evening, at the Captain’s dinner, we were surprised and pleased by a local choral group who beautifully performed a number of traditional Croatian folk songs a cappella. It was particularly charming to see a young crew member in the background passionately singing along.

[Play audio of one of the evening’s songs below.]