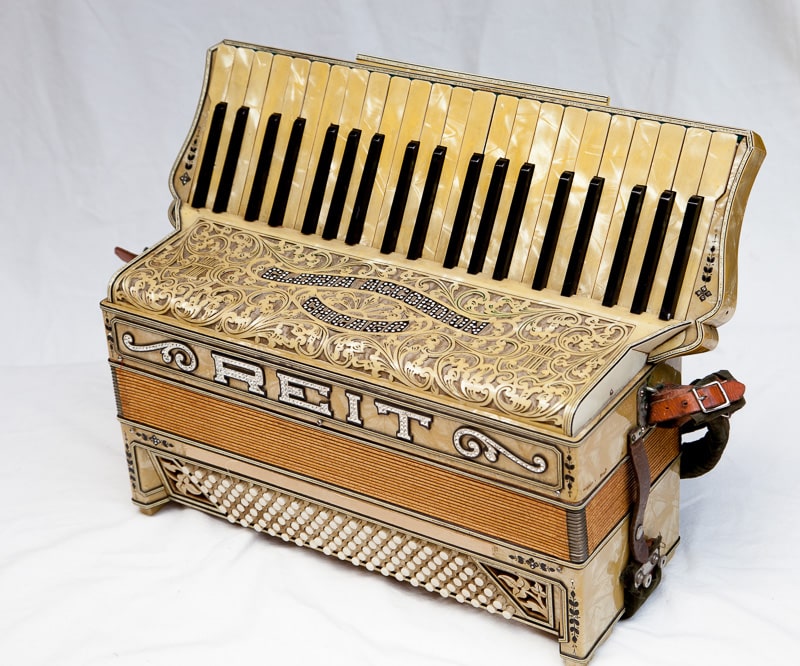 I feel a very special responsibility for things that come into my possession that have had great meaning to someone. They are a special connection to the past, just as the Rosetta stone, or the megaliths of Stonehenge, or my father’s High School yearbook. So too, was Grandma Alexander’s accordion. While she was not a blood relative of Jeannie’s family, she was Granddad’s second wife, and she was loved by us all without reservation.

We, by chance, came to possess her accordion. It was a beautiful instrument. It was also very old. The newspaper at the bottom of the deteriorating case it was was dated July 12, 1936. Certainly this accordion was much older.

To me, accordions conjure images of the Lawrence Welk TV show of my youth. I would rather have been tortured by rabid raccoons than watch that show. Yet, though it wasn’t my fare, I could imagine Granddad and Grandma Alexander, and others singing grand old tunes, accompanied by that accordion. Polkas and other ethnic music in dance halls, taverns, or ballrooms was the music of immigrants and the descendants of immigrants, especially those from Central, Northern, and Eastern Europe, which defines the musical culture of Wisconsin and the Upper Midwest.

It was going to be impossible for us to care for this antique piece of family heritage, much less learn to play it. However, there was a responsibility. An important responsibility, and other family member were just as unable to take it.

Jeannie stumbled upon the best solution: the Central Florida Accordion Club, a not-for-profit organization whose purpose is to promote the accordion. Their representative assured us that the instrument would be given the respect it deserved. It would be repaired/refurbished, and most importantly it would be played. It would likely become part of their rental program where accordion students could have access to an instrument that they might not otherwise be able to afford.

I think Grandma would approve. 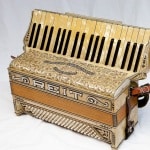 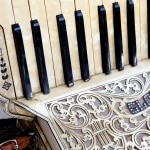 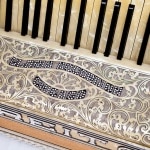 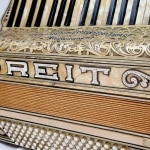