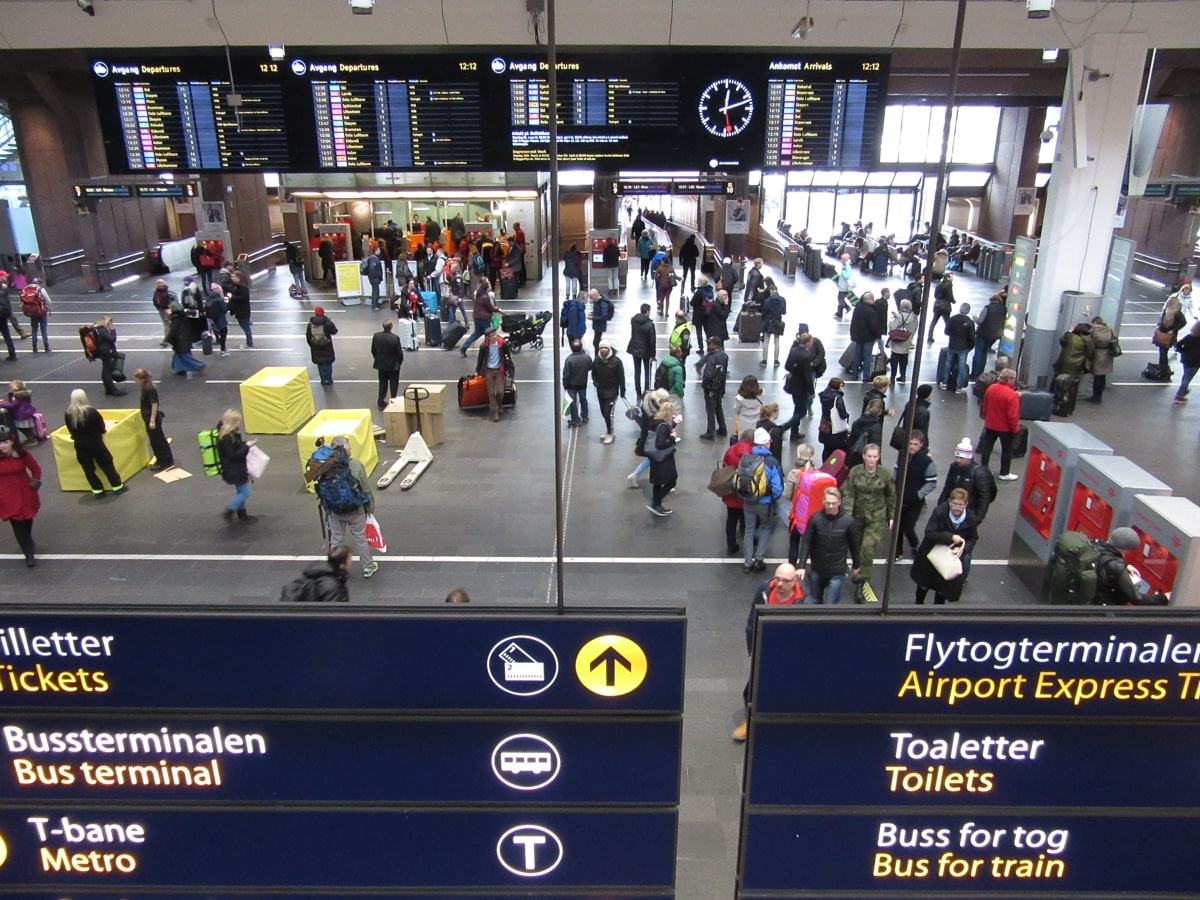 We departed Oslo, Norway by train. The snow was only beginning to melt and the temperatures were still pretty cold. It would have been nice to stay longer. Spring was at hand and would be fully involved within the next week or two, but it was time to head south to meet our friends, Niels and Jette, who were driving up from Denmark to join us. 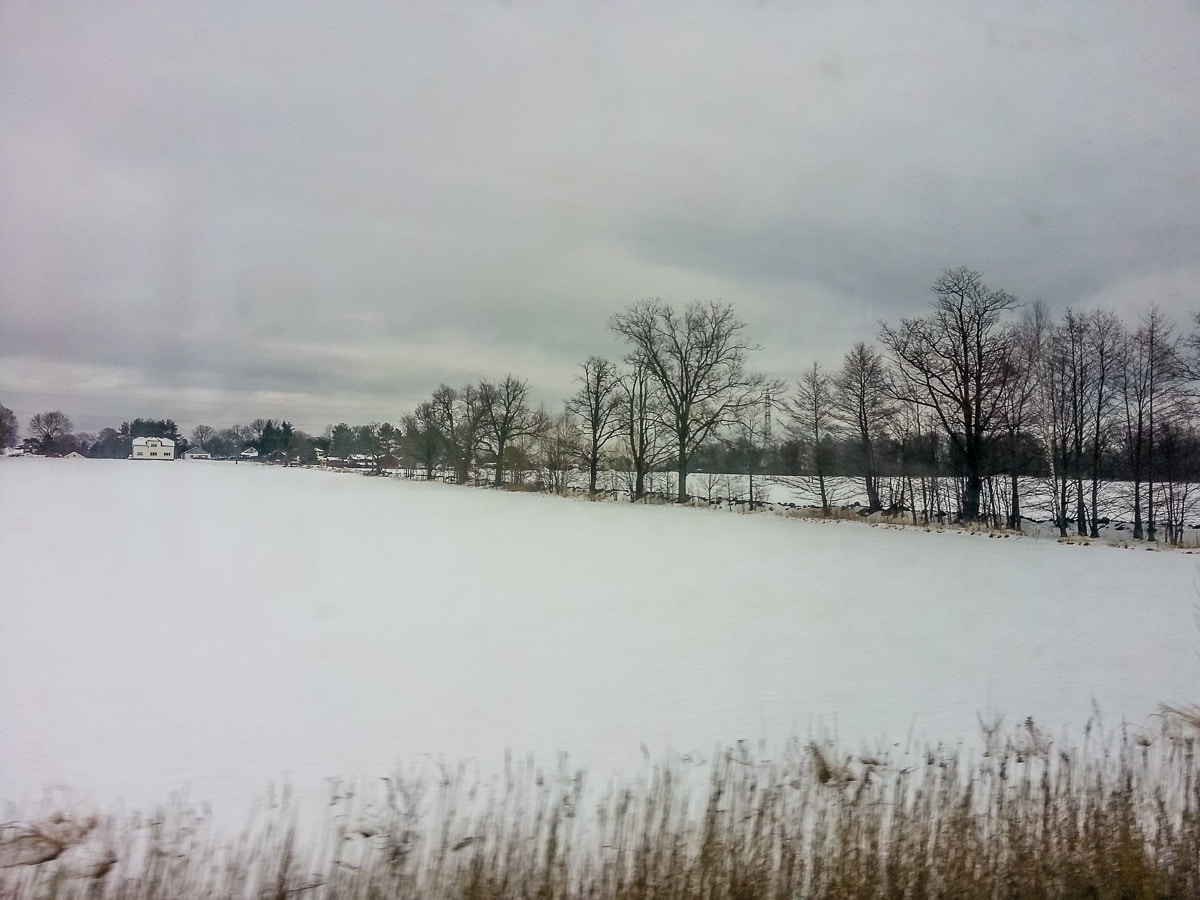 Fortunately the train was warm, and as the snow covered countryside sped past, we decided that we must return for a longer visit one day – preferably in summer.

When our taxi pulled up to the Hotel Royal, Niels was standing outside to give us a warm welcome, and was soon joined by Jette who had been wisely waiting in the lobby. It was good to be with friends.

We checked in and decided on the time to meet for dinner. It was a real treat that Niels and Jette had already found a place to eat and made reservations at “Hos Pelle“. Though they had never been to this particular restaurant the reviews were very good and expectations were high.

The walk to the restaurant was rather chilly, but the exercise and good conversation warmed us so that we hardly noticed. We arrived a bit early, but we were seated right away. The menu was very creative and local. We were all drawn to the set menu for the evening, a three course meal based on the availability and freshness of the ingredients. 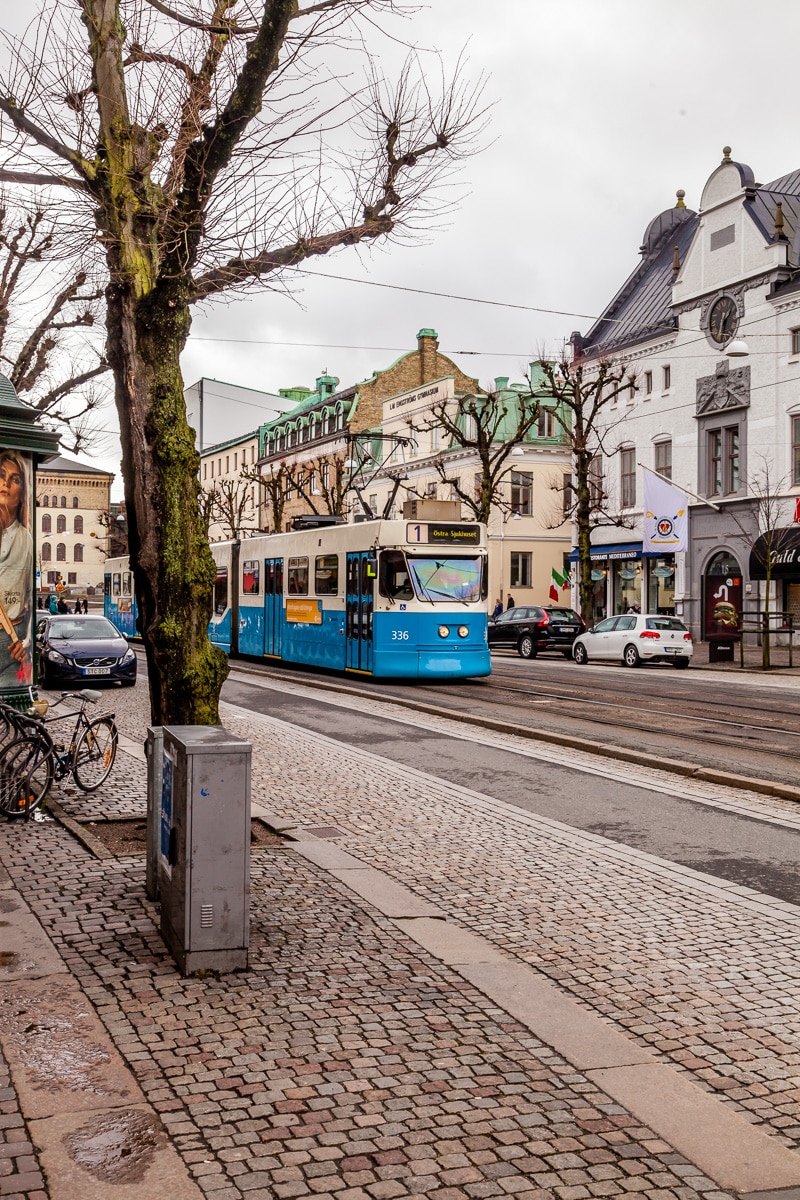 Starting with champagne, the meal deliciously spiraled into the appetizer, a small plate of white asparagus, poached eggs, trout roe and white butter. The braised lamb main course was tender and flavorful, complimented by the wine, recommended by the sommelier. Finishing with dessert, some of the ingredients could only be found in Scandinavia, such as sea buckthorn berries which added little bursts of flavor to every bite of the hand-made ice cream.

There was no discussion as to whether we should walk back to the hotel or call for a taxi. I would have been out-voted anyway. So we returned via taxi, said our goodnights, retired to our rooms, and slept the sleep of the well fed. 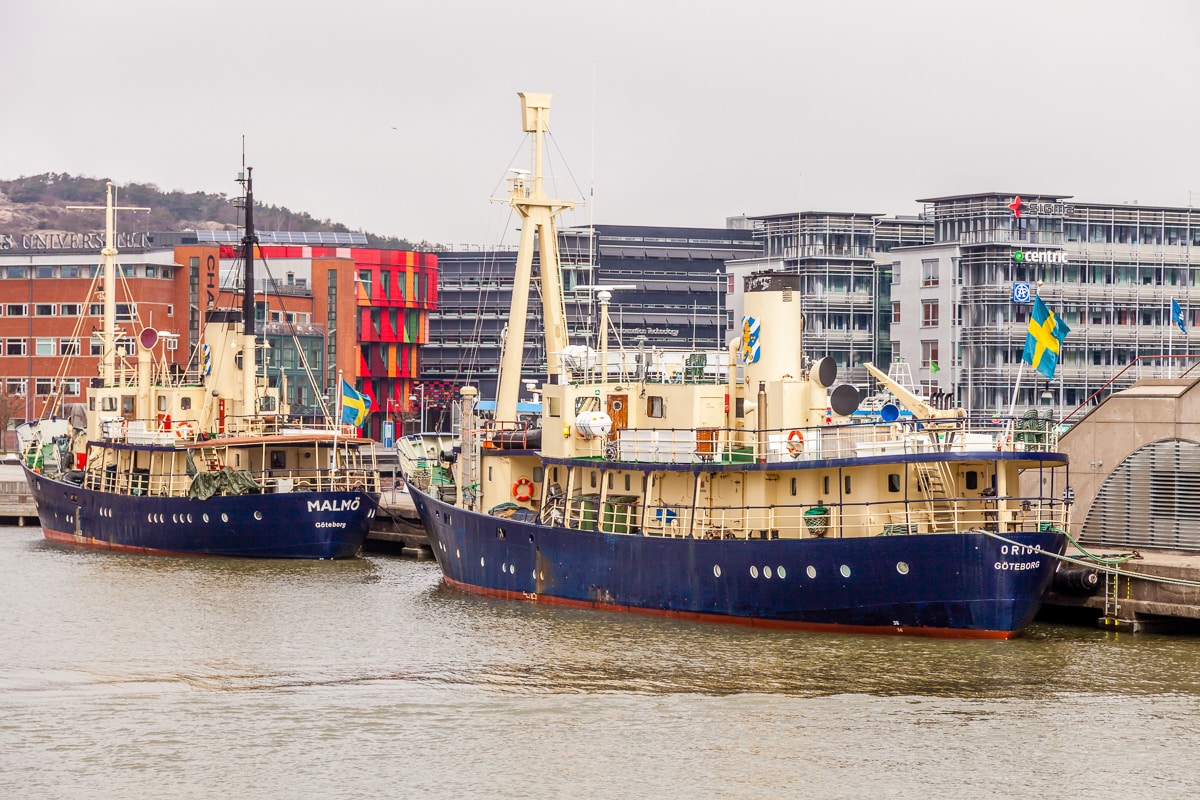 The next day we walked to the harbor and took the water bus to visit a reproduction of the 18th century Swedish East India Company shipping vessel “Gothenburg”. (see The Göteborg”)

Afterwards, we took a brief walk through the Trädgårdsföreningen, one of the best-preserved 19th century parks in Europe. Though there significant signs of spring, including some early blooms, it would be at least a couple of weeks before the gardens would explode with color.

Our dinner reservations weren’t until 9:00pm at a restaurant that was just reopening after a renovation. Magnus & Magnus was truly an incredible 3-hour gastronomic adventure. Unbelievable flavors with adventurous wine pairings and impeccable service from Nima, our guide on this gourmet journey, made for a memorable evening. While it wasn’t inexpensive, it was worth every Kroner.

Fortunately, even though we had to walk the several blocks back to the hotel, the rain that had started during dinner slacked off enough so that no one got wet. The next day we were to check out and drive to Skara to see the migrating cranes, so we turned in, morning would come early. Besides, we would lose an hour of sleep as Europe was just beginning their Daylight Saving Time.

Click here for the trip to
Skara and Hornborgasjön

Once we were back in Gothenburg we stopped for lunch at a “quick food” place called Lilla Loxen that features salmon – smoked, boiled, grilled, in fact just about any way you might like it, with potatoes and salad; reasonably priced as well. It was delicious, and far better than McD’s next door could ever be.

Shortly thereafter Niels and Jette dropped us off at the Hotel Royal where we would spend one final night before departing Sweden for France. Our final dinner in Gothenburg was at Magazzino Ristorante Italiano where we had a most pleasant, quiet dinner – with the help of Bob (one of the owners) and his staff.

All of that travel day from Gothenburg to Stockholm to Paris to Lyon, April 1, we would be celebrating our 41st wedding anniversary.