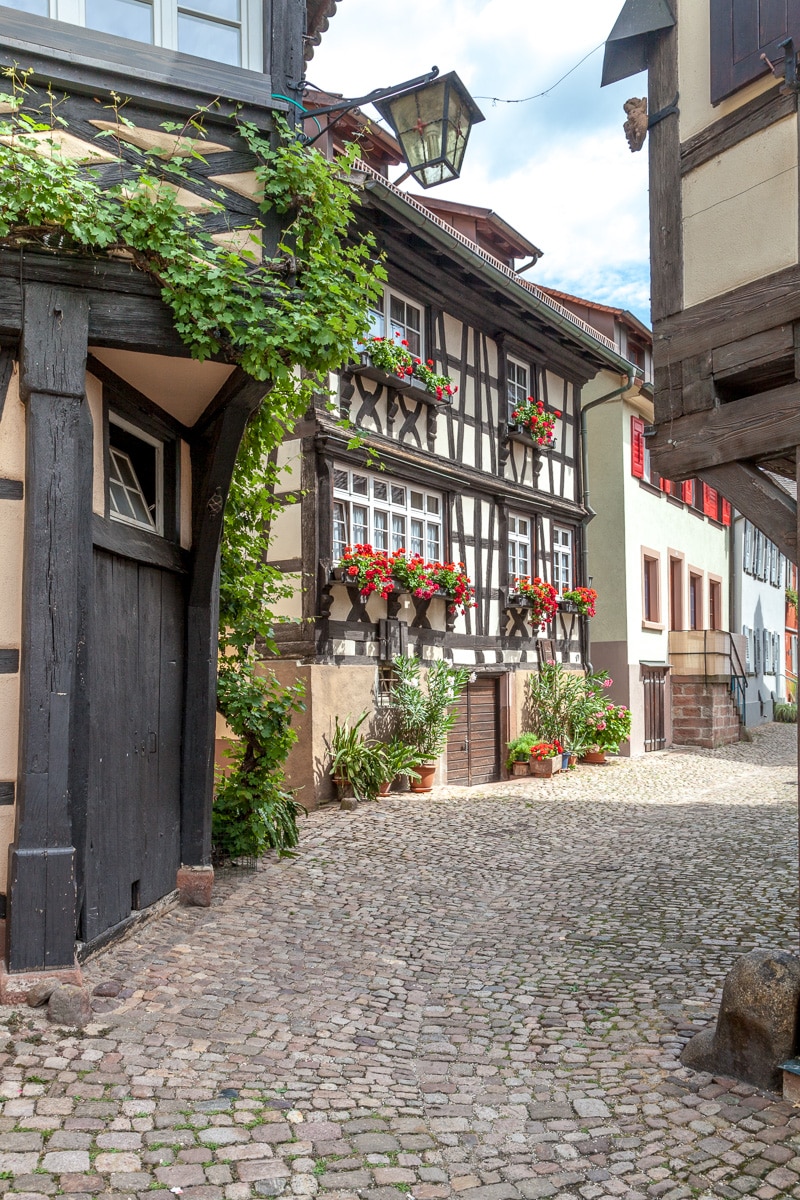 Since we had only been to a small area in Germany for part of a day with our friends, Niels and Jette from Denmark, Jeannie contacted Linda, a friend from her former job who has family in the Black Forest area. We connected with her cousin Karl and his wife Ingrid, and soon we had a visit to the Black Forest planned. There are easy train connections between Strasbourg and Offenburg, and from there, the local train through the Black Forest, to Gengenbach where we booked 2 nights at a local hotel. Traveling light, we loaded our backpacks for 2-3 days, and walked to the train station.

Once we arrived at the first stop in Offenburg, we had time to stop to buy our tickets for the following day’s travel to Villingen-Schwenningen where Karl and Ingrid live, the start of our tour with them. Tickets purchased, we returned to the platforms to find our train to continue on to Gengenbach. 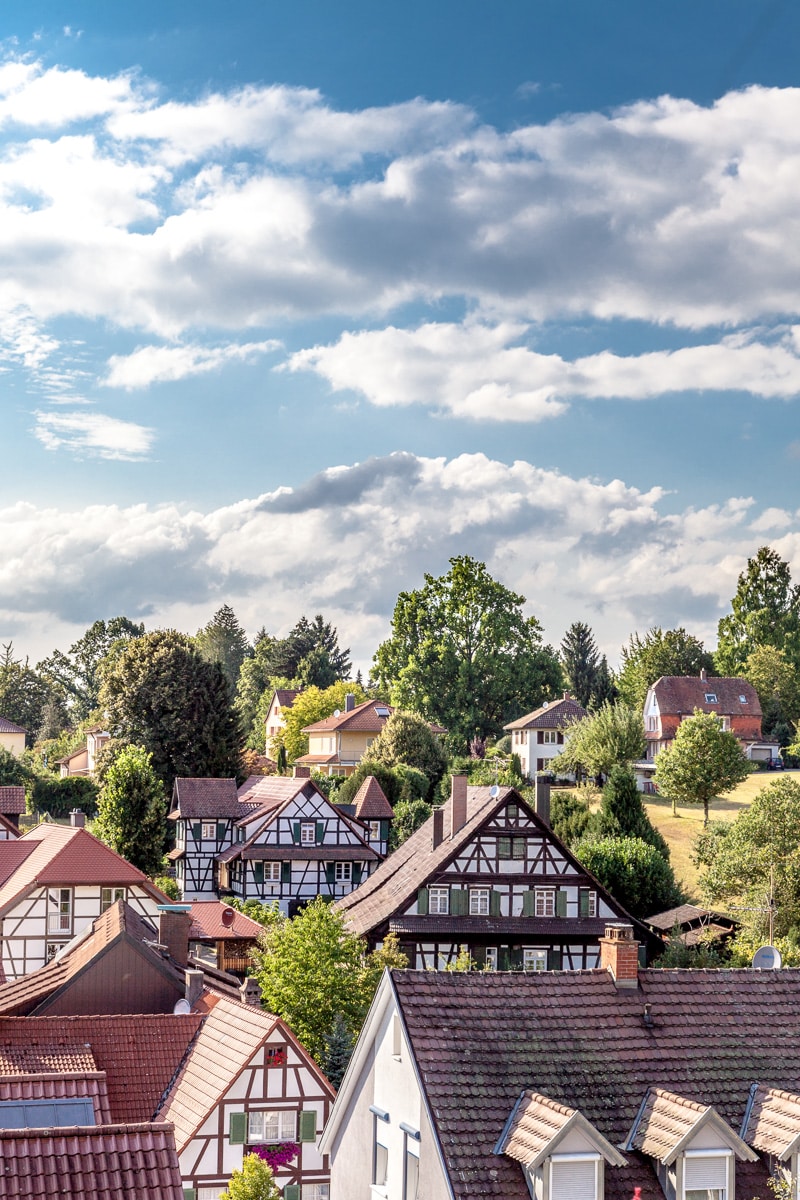 A station attendant told us the track number and in a few minutes a train stopped. We boarded, even though it seemed to be a bit earlier than we expected. After getting seats, we scanned the list of stops but did not see Gengenbach listed. Realizing that we were on the wrong train, we got up to leave just as the train began to move. Oh well, as it was going in the direction we needed to go we weren’t too worried. Of course we zipped past the Gengenbach station without stopping. As the train conductor came around checking tickets, we showed him our ticket and he grinned and immediately understood our problem. He told us to get off at the next stop, then showed us a list pointing to the time and track number of the train to take to get back to Gengenbach. It was only a short delay and an extra train segment. 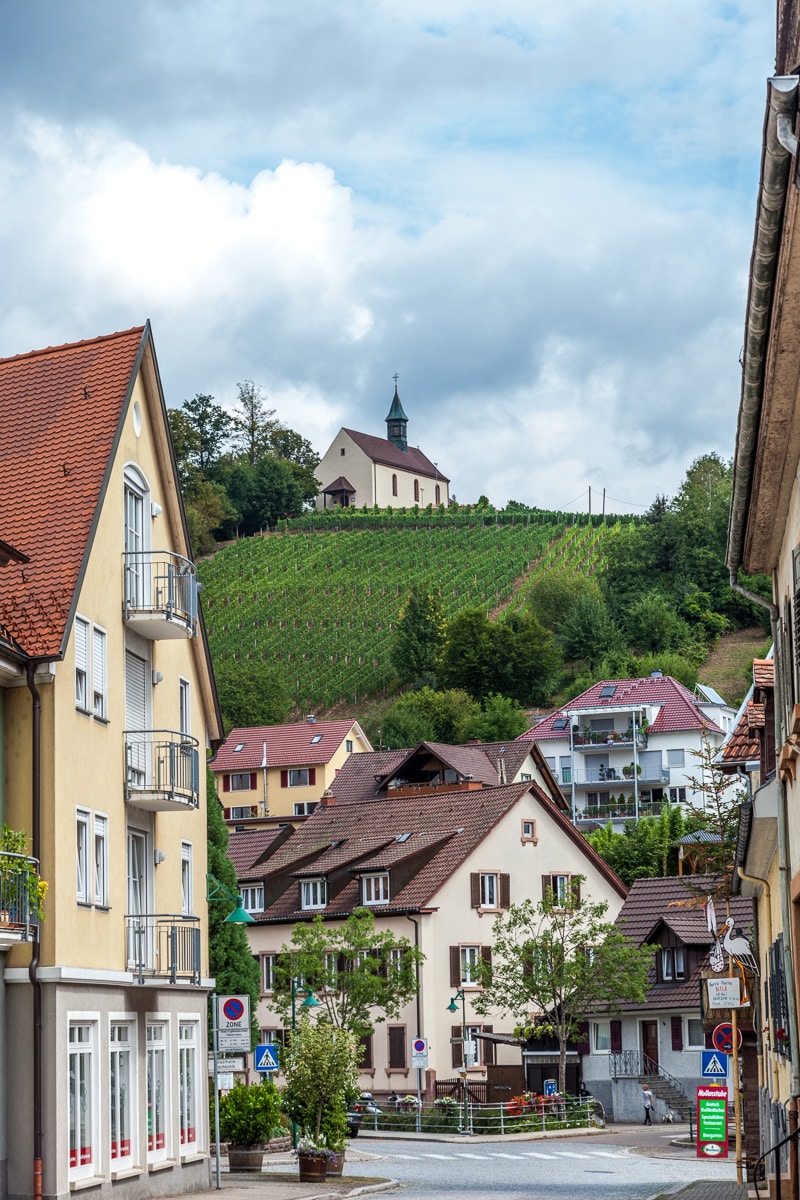 We meandered circuitously through the charming, small town of Gengenbach toward our hotel, and though we were early, our room was ready, so we checked in and prepared for some more serious walking.

Wandering back into town, the first order of business was lunch at a local café. Although ordering was decidedly difficult as everything was in German, the food was good . Fortunately, our young waitress spoke a fair amount of English, and was very helpful. 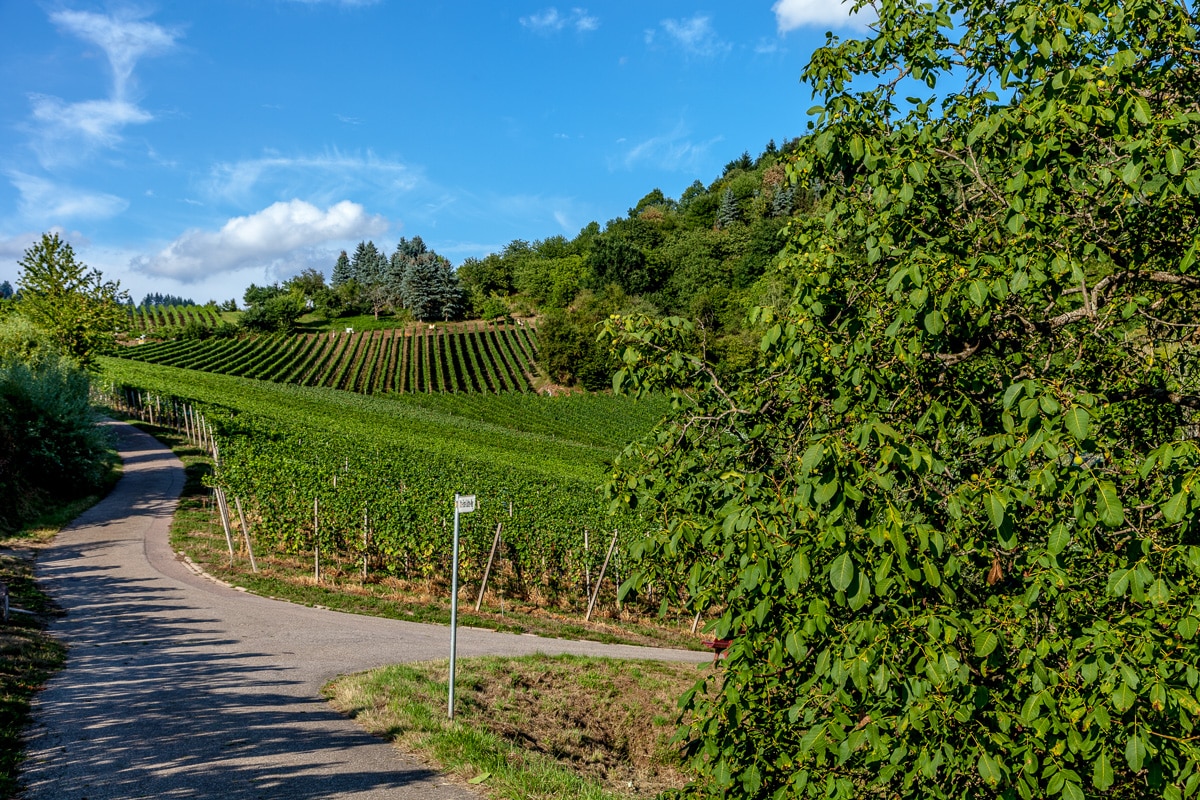 After lunch we located the TI (tourist Information office), were we got maps of the town as well as information for longer hikes out in the forests and vineyards. We had time for a walk up into the hills and out into vineyards. The route immediately took us up into the hills along a local street then onto narrow farm roads. It was quite steep and homes quickly gave way to gardens and small orchards, and then into vineyards where the grapes were hanging in tight clusters. 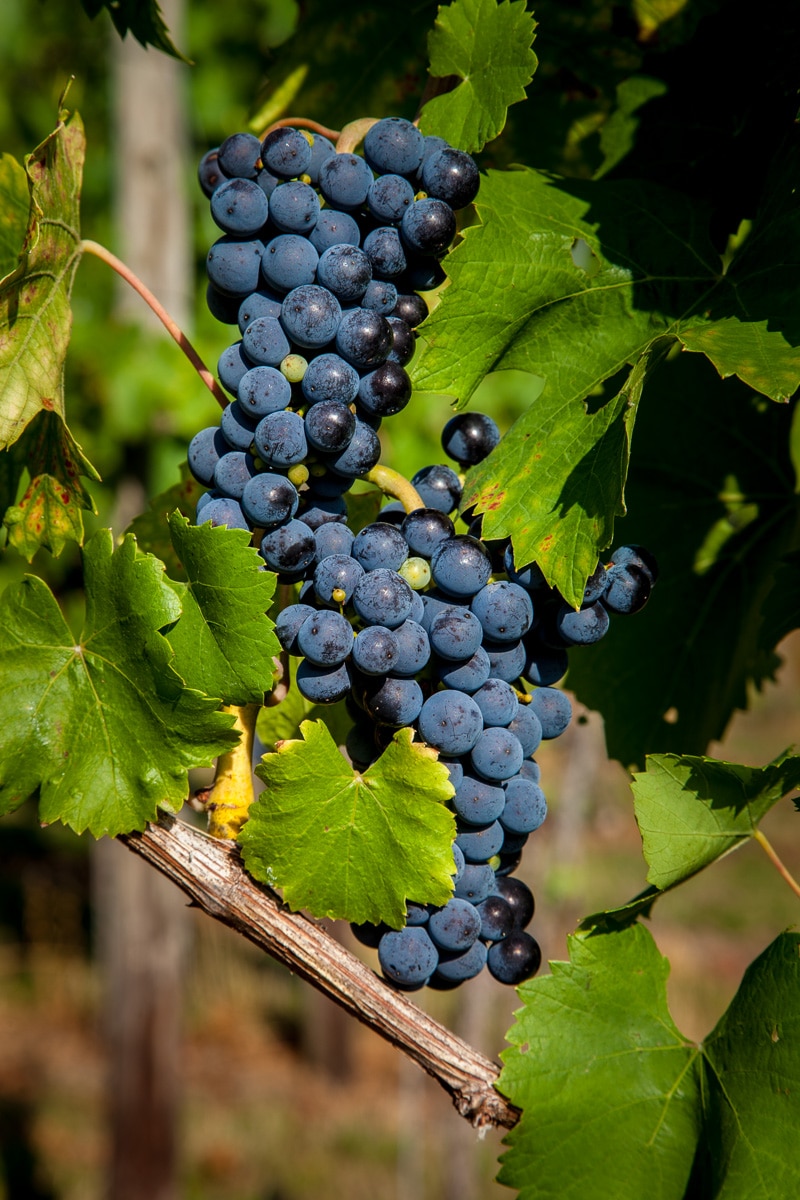 The views from the vineyards out over Gengenbach and the valley were beautiful. We were just at the edge of the mountains of the Black Forest, and hills we were now in would become mountains and the vineyards would give way to tall evergreen forests.

Keeping this day’s walk relatively short we returned to our room for a brief rest and to get ready for dinner.

The family that owns the Hotel Pfeffermuehle also owns a highly rated restaurant in the center of town – Ihr Restaurant Pfeffermühle. Jeannie had the pork with spaetzle and cream sauce, while Chris opted for venison with a chanterelle sauce. Of course the meal was accompanied by a wonderful local wine and followed by desert. As a result, we waddled meanderingly back to our hotel through the quiet, now-dark medieval streets with only the sounds of our shoes on the worn cobblestones to disturb the night. We soon fell into our bed and a deep sleep.