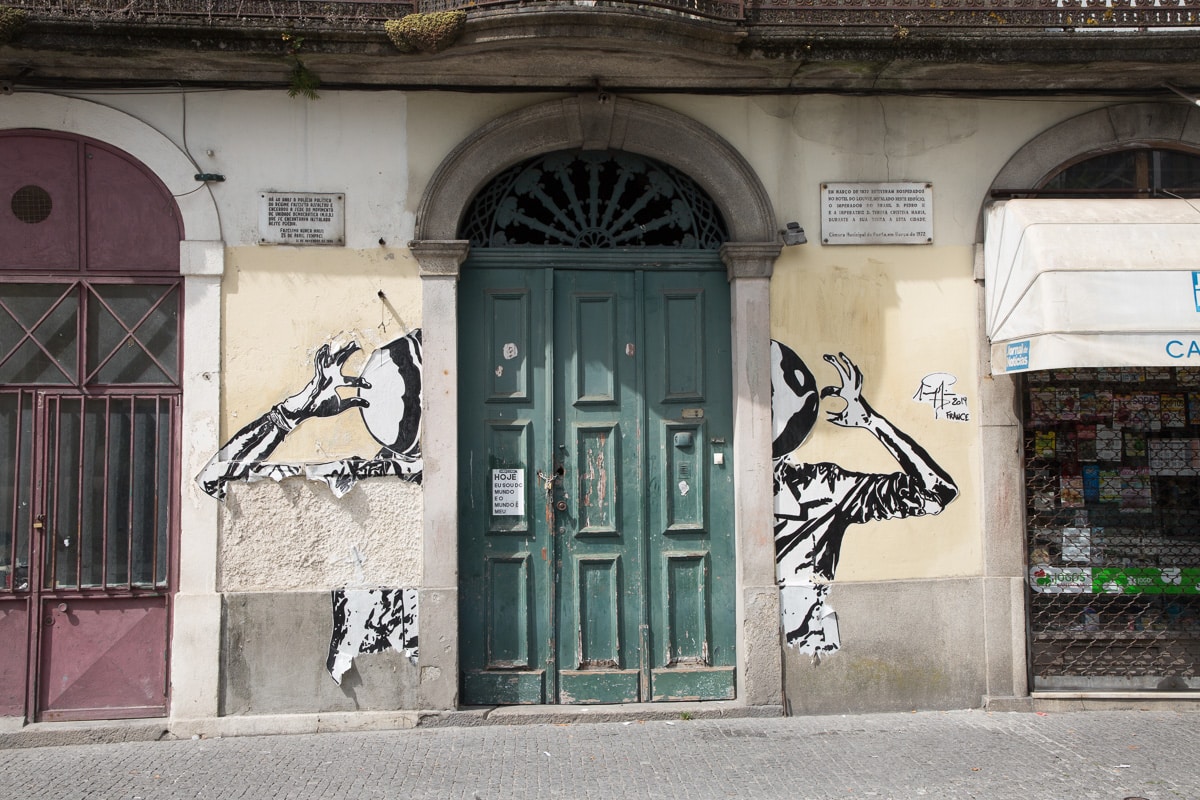 Porto is really working hard to clean up and revitalize itself after suffering deep economic problems that began in the 1990s. Portugal’s manufacturing industries lost substantial ground to Asian competitors and clothing, shoes, furniture and other industries were significantly undermined.

The situation worsened following years of difficulties that started around the turn of the century. Portugal was also hard hit by the global financial crisis, leaving it unable to repay its debts in 2010. The country received a €78 billion bail-out package from the EU and has made tremendous progress since mid-2014. Foreign investment and tourism have added to the overall recovery. Indeed, the skyline is filled with cranes indicative of a surge in construction that is renovating and reshaping the city. 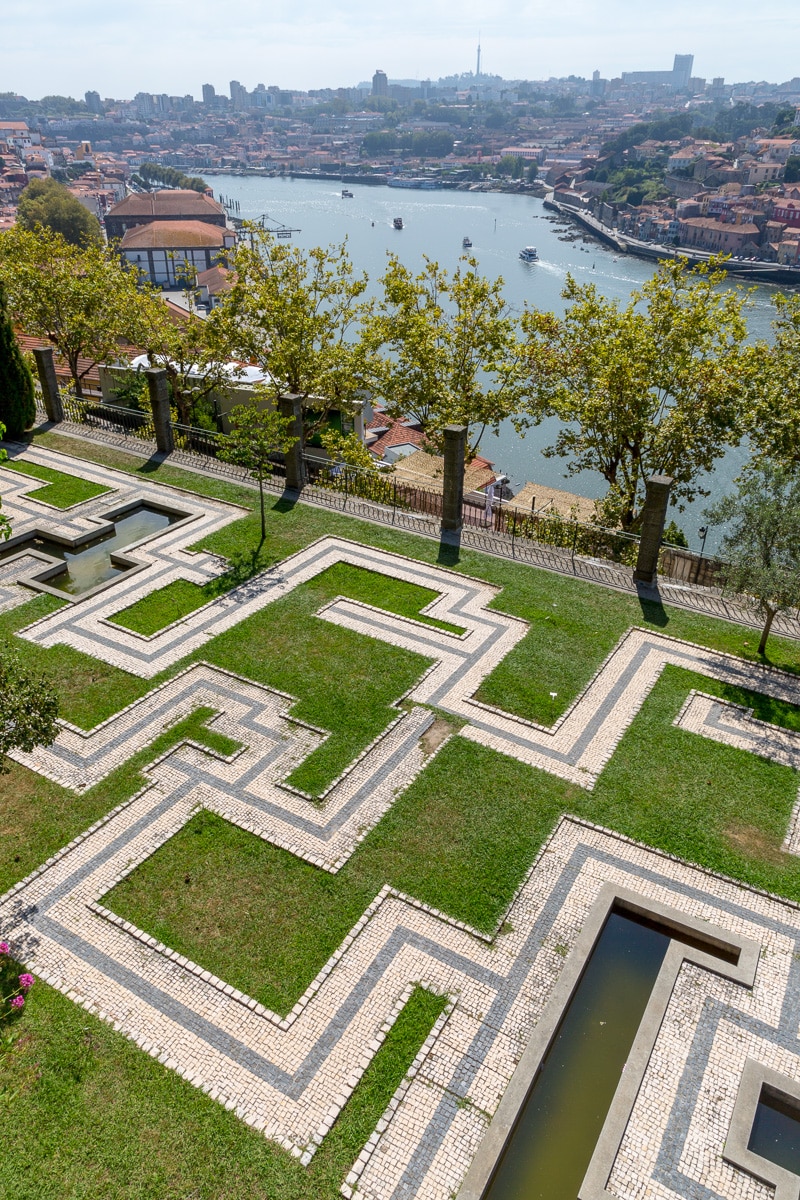 Still, there many empty storefronts and boarded-up windows, and yet one gets a feeling that there is hope. We visited two good examples of how the city is starting to emerge from its difficulties.

The first was the Jardins do Palácio de Cristal – a large beautiful garden in the center of the city. Designed in the 19th century, it is a mosaic of small gardens that reveal themselves as you wander and with beautiful views of the city and Rio Douro. The down-side was that many areas were still under renovation, and while some parts were wonderfully maintained, many of the plantings were in need of attention. Still, the overall impression was positive, the views were stunning, and the grounds were filled with tourists and locals alike.

Also on the grounds of the gardens, and being renovated, is the Pavilhão Rosa Mota, a sports arena that opened in 1954 and holds 5,400 people. 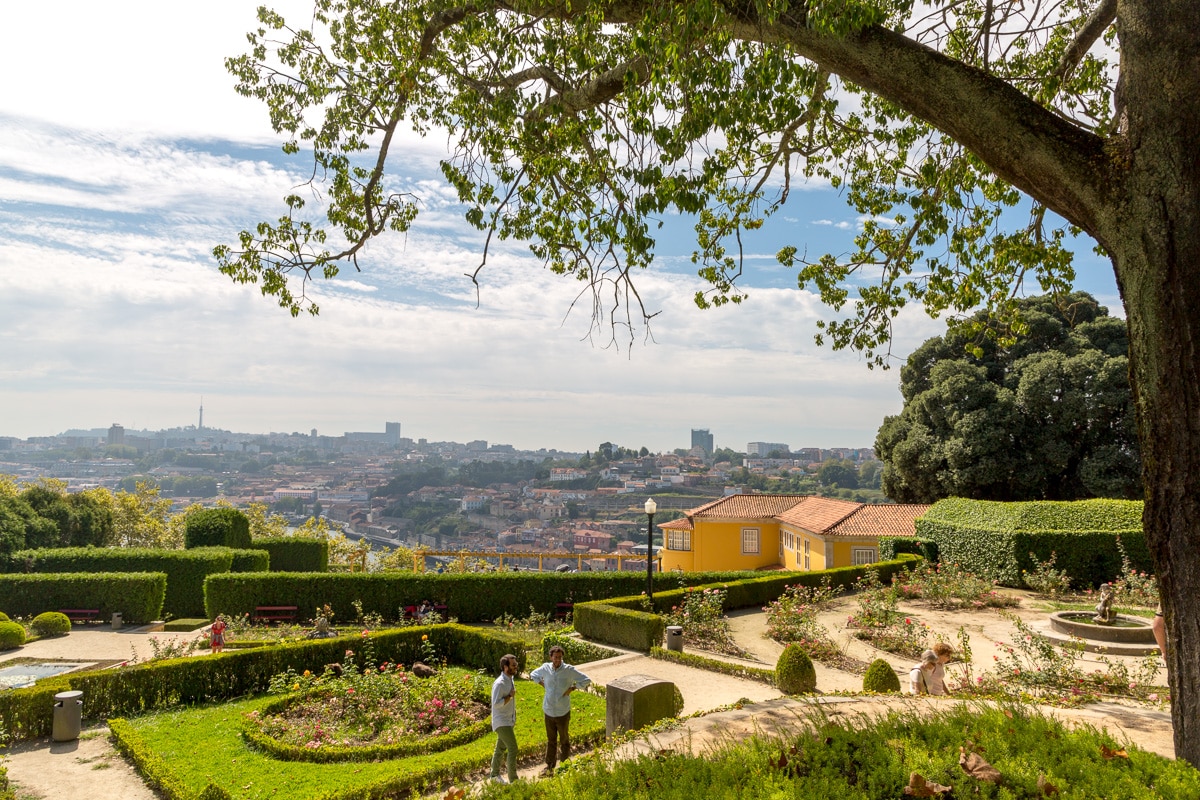 After a delightful stroll through the grounds, we took off to find a local spot for lunch.  We practically stumbled across Flambo-morais & Marques and were shown to a table. Based on the menu posted outside their platos do dia or plates of the day selections were €6.50 and include a drink (water and wine are treated the same), soup, main course with potatoes and rice, and some vegetables, and then coffee (espresso). It was delicious, honest, basic food, and rather like eating at your grandma’s. 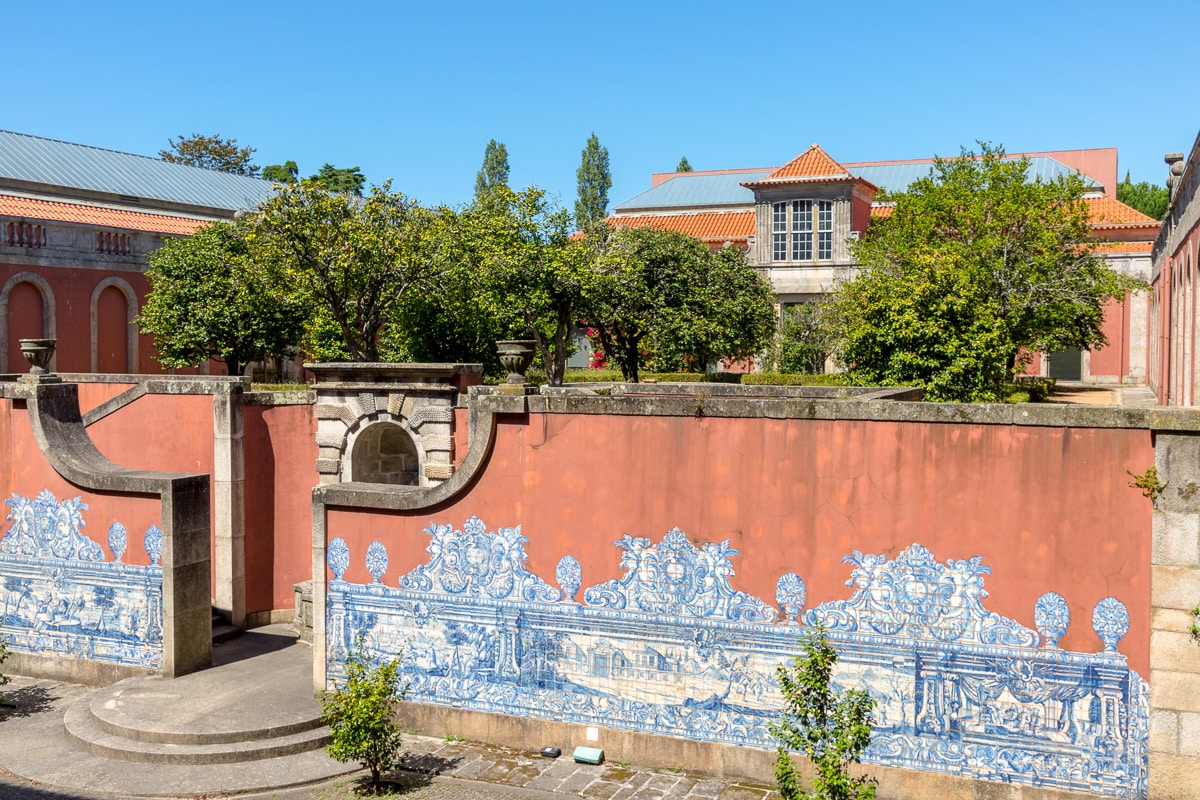 After lunch, we stopped at the Museu Nacional de Soares dos Reis considered to be one of Porto’s best art museums. It typically presents a collection ranging from prints, antiques, ceramics and glass objects, to its collection of paintings and sculptures, all housed in the imposing 18th-century Palácio das Carrancas.

Unfortunately, it too was undergoing renovations, and many parts were closed. Because of this they were only charging half-price, and with a senior discount, our price was only €1.50 each. 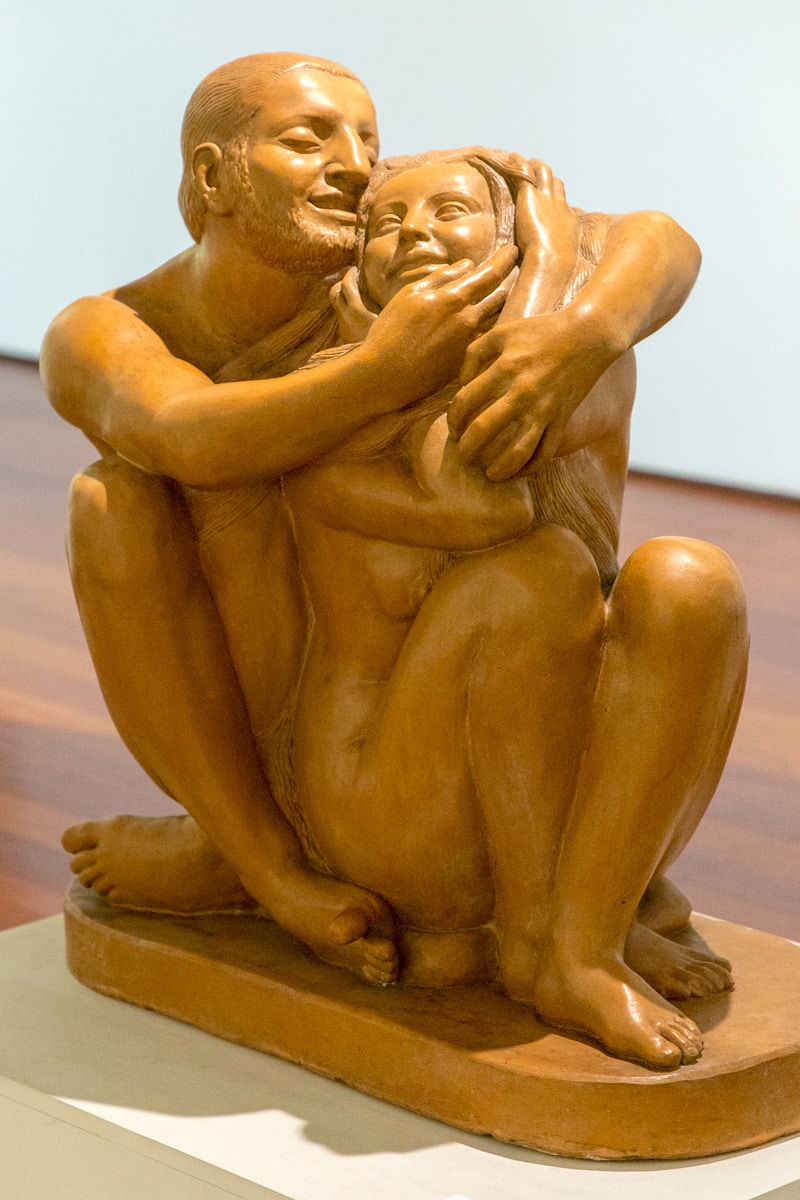 Nonetheless, we enjoyed the special exhibition and the portions of the permanent exhibits that remained, as well as the building itself, which obviously was a grand palace in its day.

As afternoon was moving toward evening we ambled toward home, stopping at a bakery for some deliciously light almond cookies, then the store for groceries. After our rather filling lunch, we opted for a light dinner at home with, of course, a glass of vinho tinto (red wine).  Then it was off to sleep, for tomorrow always brings a new adventure.