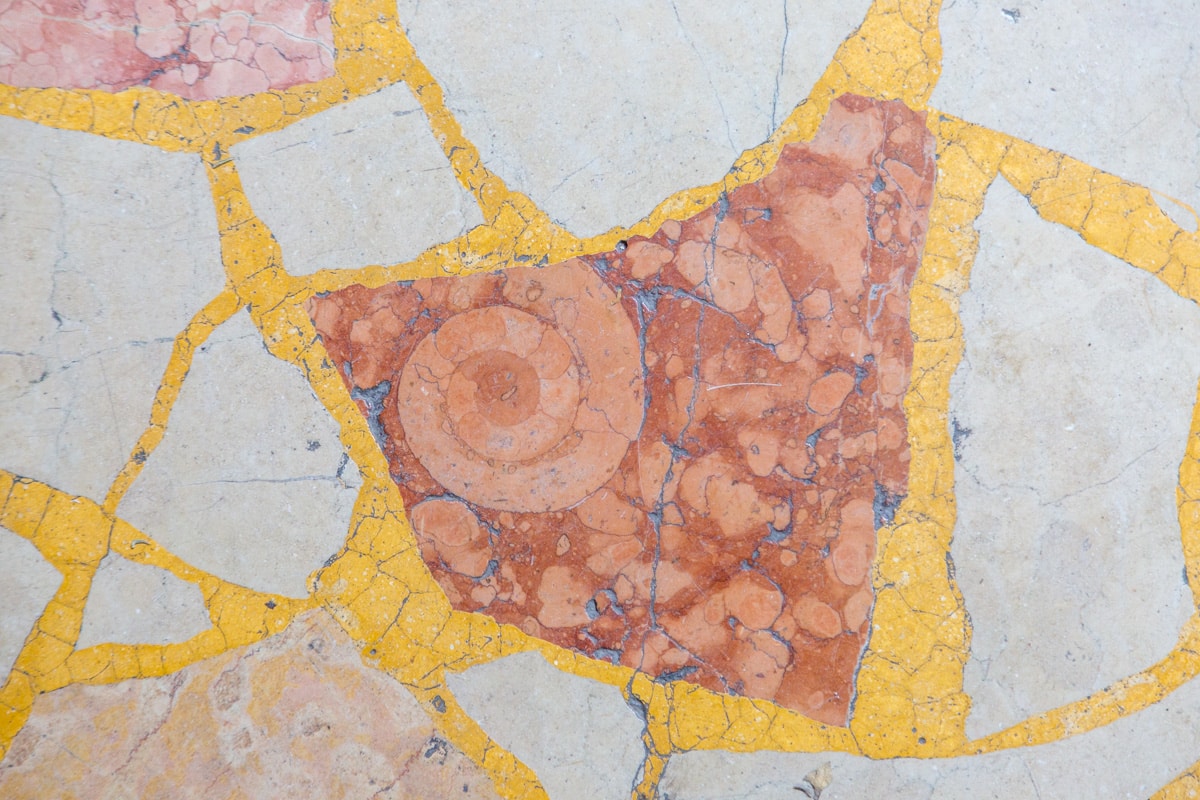 As we first walked into the apartment building that we would call home for the next two months, I looked down at the polished limestone and marble floor and in one of the tiles was a spiral-shaped artifact. It was clearly a fossil.

Of course we had no idea what kind of fossil it was, but it was distinctly reminiscent of a chambered nautilus. After a little research we discovered that these ancient sea creatures are known as ammonoids. 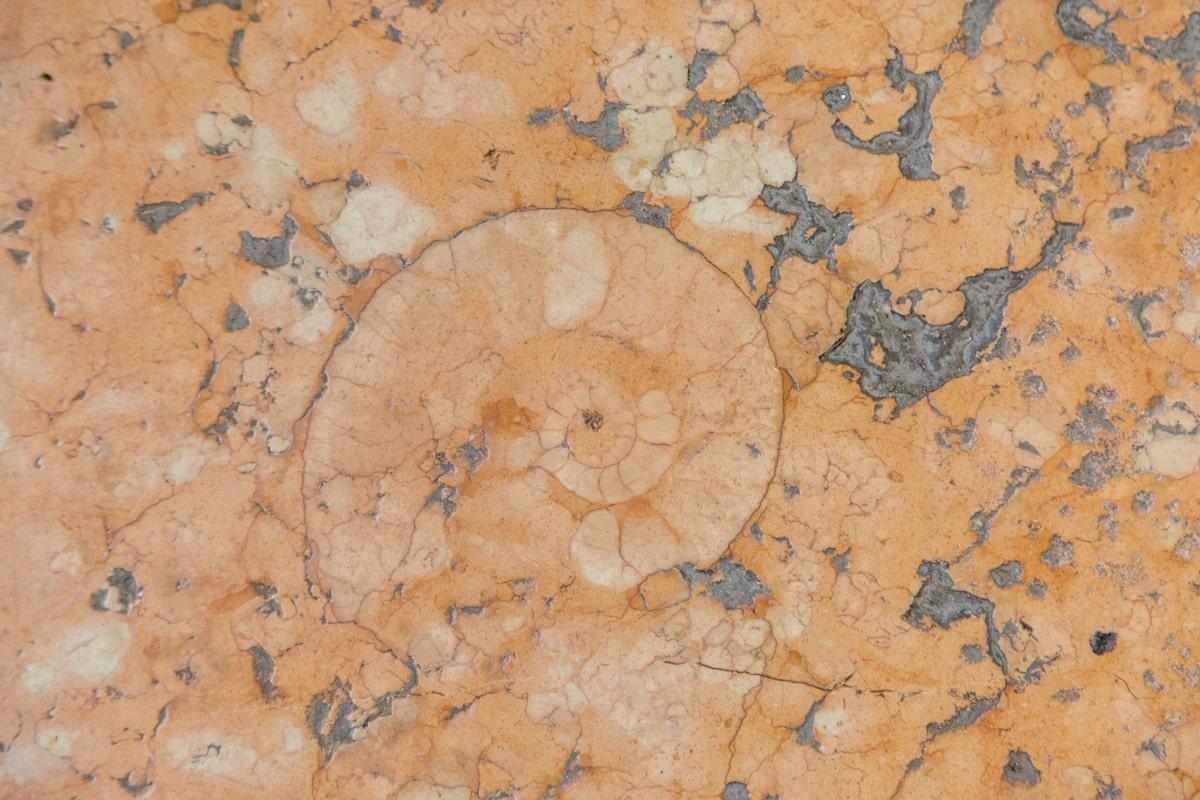 Later on, as we walked on the limestone pavement of Verona’s sidewalks, we noticed more of the same spiral-shaped relics embedded in the stone, and then we began to see them all over the city.

The beautiful red and white Verona limestone used in the sidewalk pavement as well as in many buildings throughout Verona (including the ancient Roman Arena), formed beneath the sea during the Jurassic period, 201.3 million to 145 million years ago. 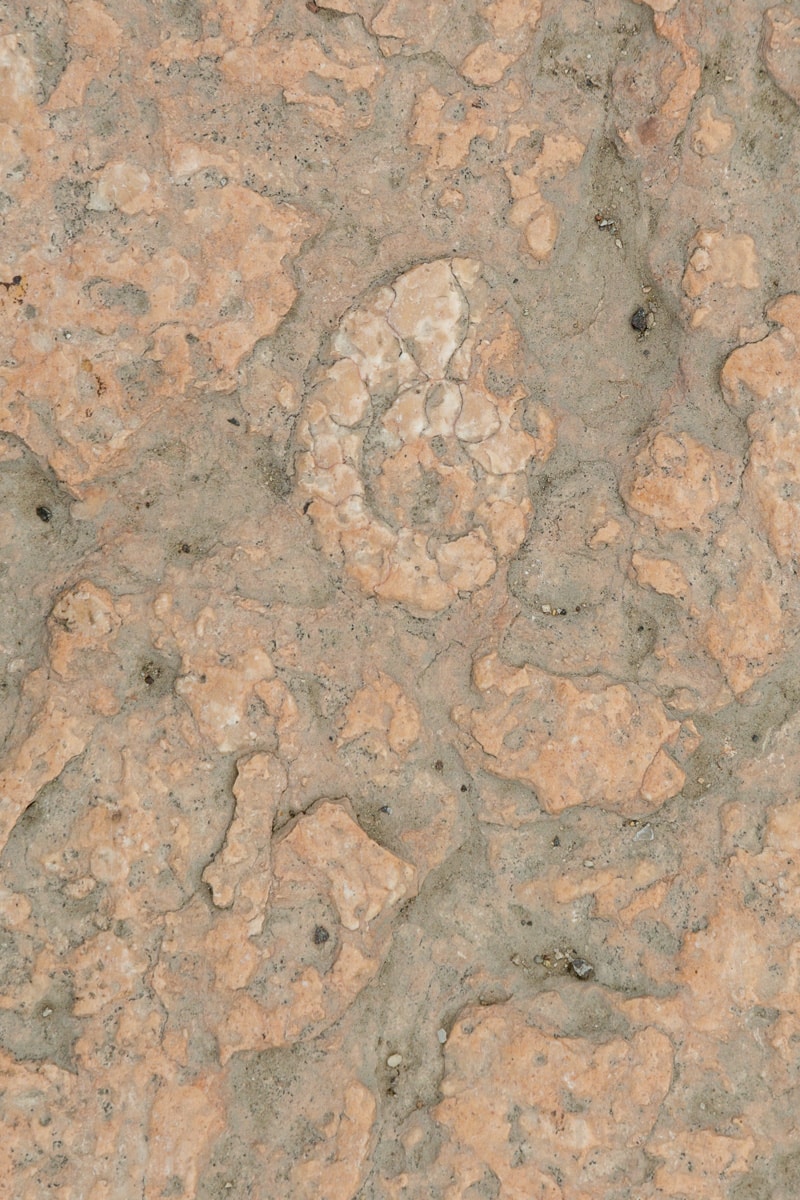 These rock formations were created as vast numbers of the spiral-shelled ammonoids died, and sank to the seafloor. Over time they were slowly buried and turned into stone. These weren’t tiny insignificant creatures either; most of the fossils that we’ve seen have been 20 cm to 30 cm (8 to 12 inches) across, and some up to 76 cm (30 inches) across.

Actually, these extinct cephalopods (of the phylum Mollusca) are more closely related to living coleoids (i.e., octopuses, squid, and cuttlefish) than they are to shelled-nautiloids such as the living Nautilus species that the amminoids more closely resemble. But for me, that is a minor detail.

So now that the mystery is solved, do I keep looking down scanning for even better examples of the prehistoric spiraled shells, or revert my gaze to a less ancient period, merely five or so centuries old.