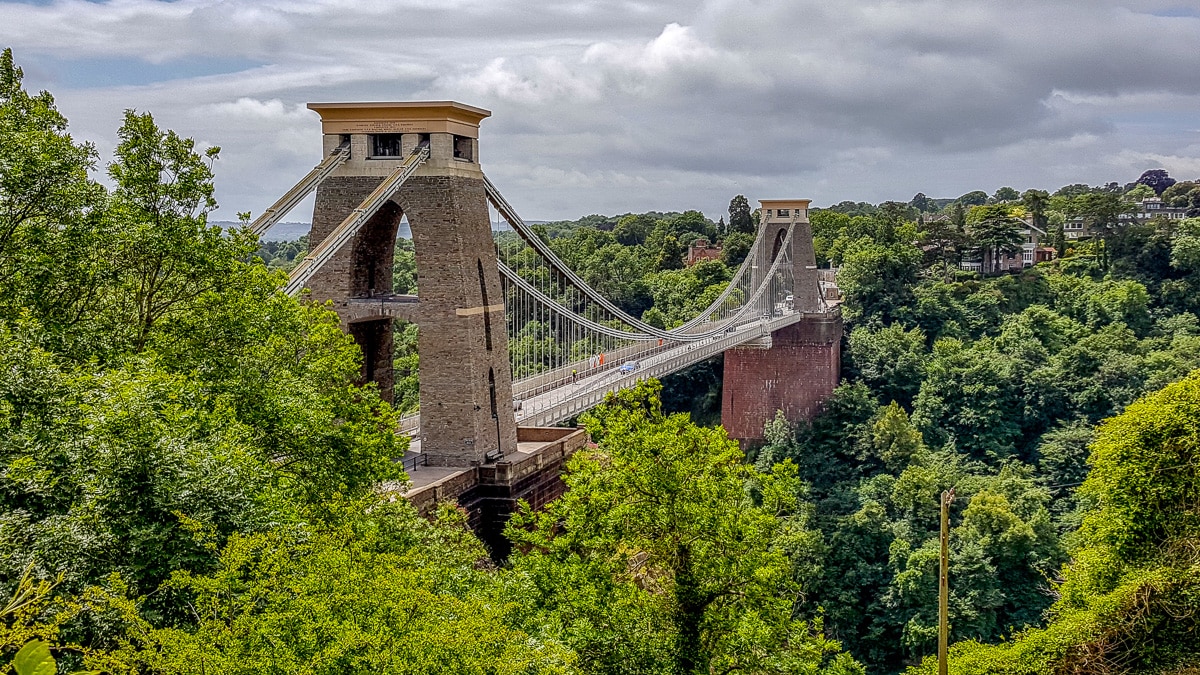 It was about 20 years ago when we almost moved to England because of Jeannie’s work. She had traveled there regularly over the course of a year, and on occasion I was able to accompany her. The opportunity to relocate came really close, but it fell through. We were rather disappointed, but we moved on with our lives – doors close and other doors open and all that. However, we still yearned for the experience, which in due course helped bring us to where we are today.

As we boarded our flight in Toulouse and rose into the sky leaving France behind, we were flying to the city where we would have lived had things worked out long ago – Bristol, England. 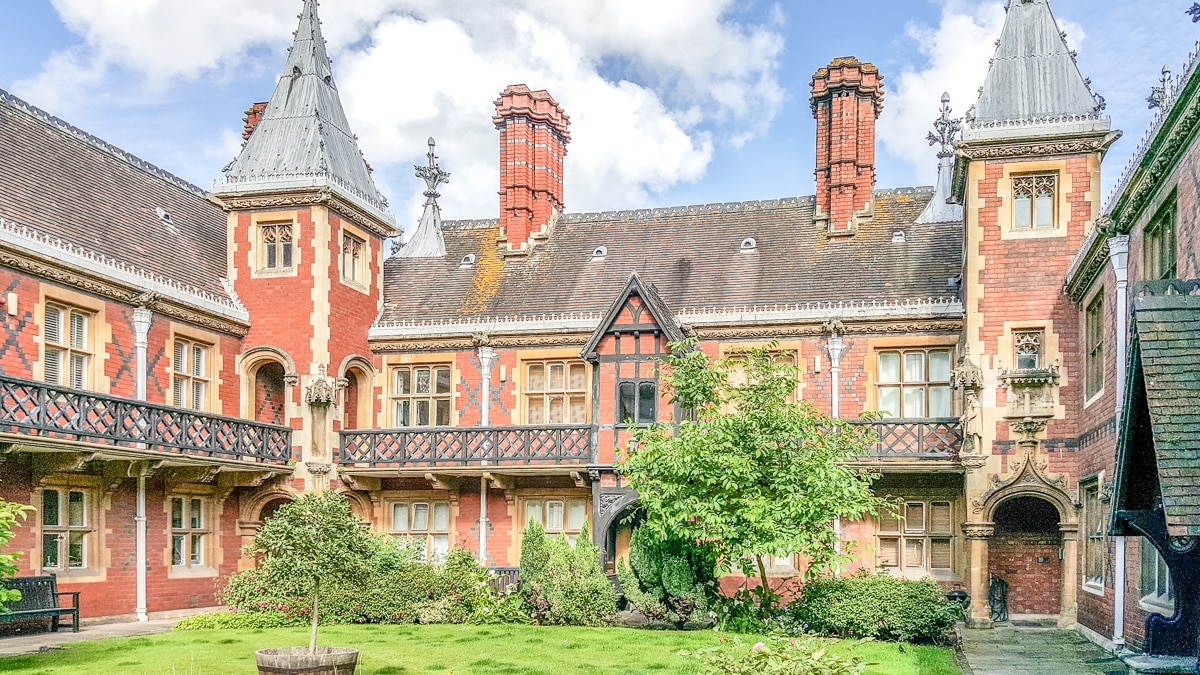 An important city since Iron Age and Roman times, we had planned to visit Bristol for a couple of days before heading up to Stroud where we would live for the next three months. It was a fun city and as we wandered around we were reminded of all the possibilities we had imagined. And though we had no regrets that it hadn’t happened, we just wondered.

After our arrival, we settled into our hotel room and quickly made our way out for a wander. While Jeannie had flashes of memories about the area we were in, I hadn’t visited Bristol enough to recall much at this stage. 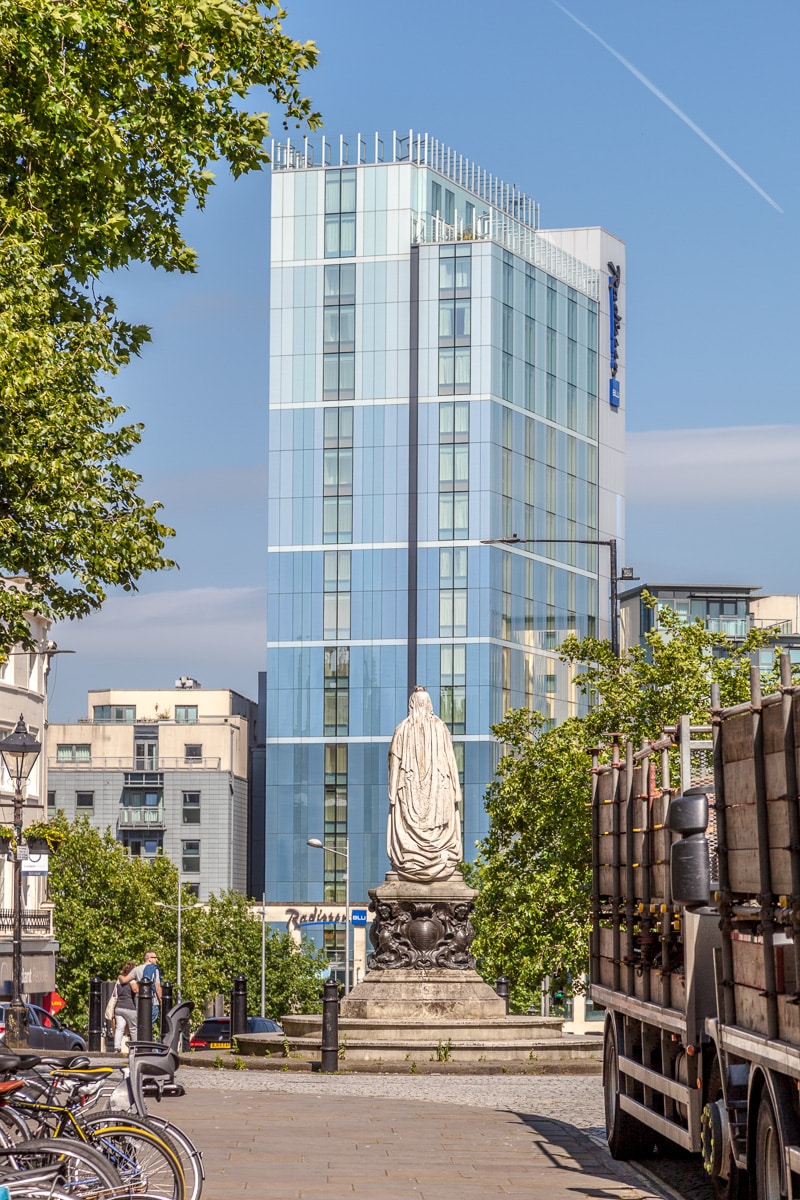 Since our arrival was in the early afternoon, it was too late to eat lunch. “Chris and Jo’s Kitchen”, the small, local cafe/bistro we had chosen for dinner wouldn’t start serving dinner for a while, so our first meal in the UK turned out to be a Guinness for me and a Pimm’s Cup (sans cucumber) for Jeannie. But once we did eat, the food was incredibly good and innovative.

After dinner we strolled about a bit more before returning to our hotel to plan the next day’s options and to get a good night’s sleep, Oh, and the guilty pleasure of some English-language TV.

The next day started early with a good breakfast at a nearby cafe. Then we took the local hop-on-hop-off tour bus and got a good overview of the city, an approach we try to employ in any city large enough to have such a system. Later, we struck off on foot wandering around some of the places we had seen, occasionally using the 24-hour hop-on-hop-off access. 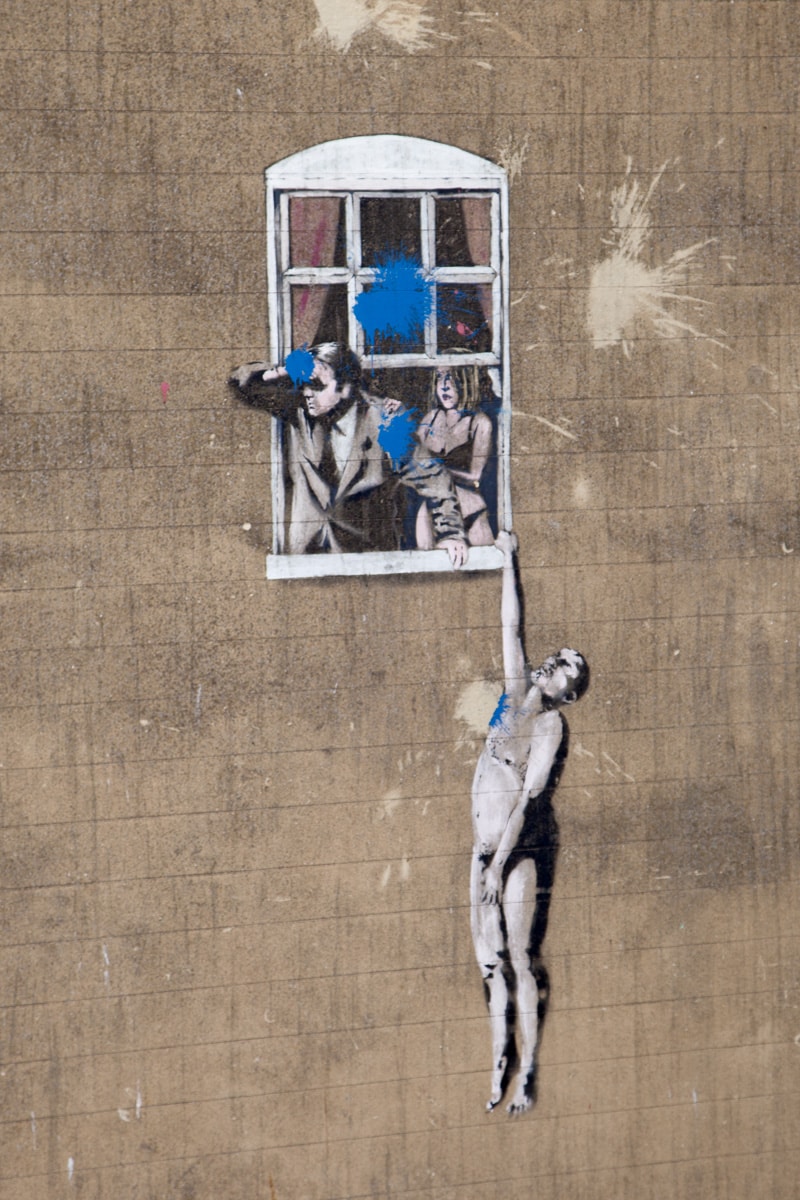 One of the pursuits of the day was to try and find examples of Bristol street-artist Banksy. After starting as a freehand graffiti artist in the early 90s, he has now become internationally recognized for his fascinating, political/socially-charged images, and is well-regarded in Bristol. There are even self-guided walking tours of the artist’s works. Limited by our short  visit, we found only two.

Bristol is also home to Aardman Animations, the studios where the rather famous “Wallace and Grommit” films were made. Statues of the characters can be seen frequently around town. The city is also famous as being the birthplace of Archibald Leach, otherwise known as actor Cary Grant. 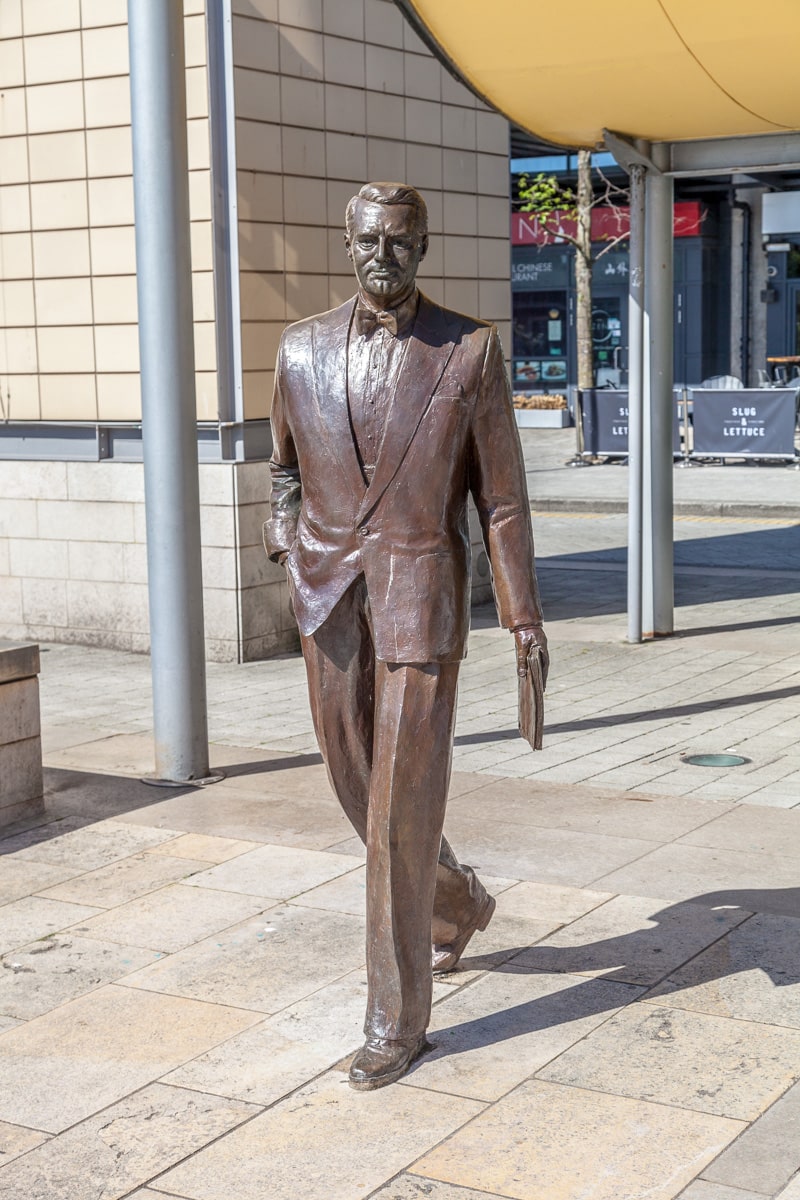 Visiting Clifton, a suburb of Bristol, we wandered near where Jeannie worked when she came to England for her job and walked by the building where she worked. “Trafalgar House” an imposing Neoclassical style house located close to the famous Clifton suspension bridge which traverses the Avon Gorge and the River Avon. 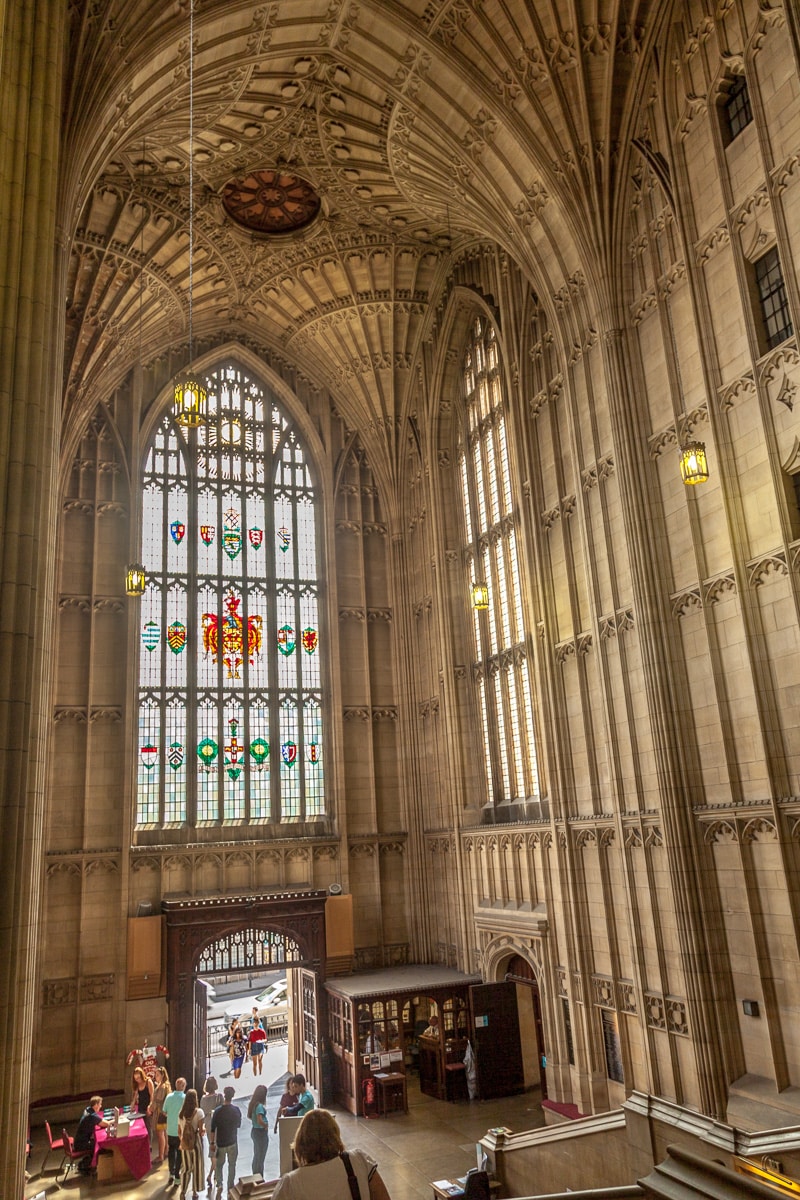 After a lunch of fish and chips in Clifton, we strolled back into Bristol. The University of Bristol was holding its “Open Day” while we were there. It is an opportunity for prospective students, and their parents, to find out about the University with talks and activities about subjects of study, and campus tours. There was a real vibration in the air, and we could sense the excitement of all the young students even though we were old enough to be their grandparents.

It had been a wonderful day, and after a great dinner at Europa Italian Restaurant (which we learned closed permanently after 27 years shortly after we were there) we returned to our hotel. We were excited that tomorrow we would travel to Stroud and begin another adventure very different from where we had been.