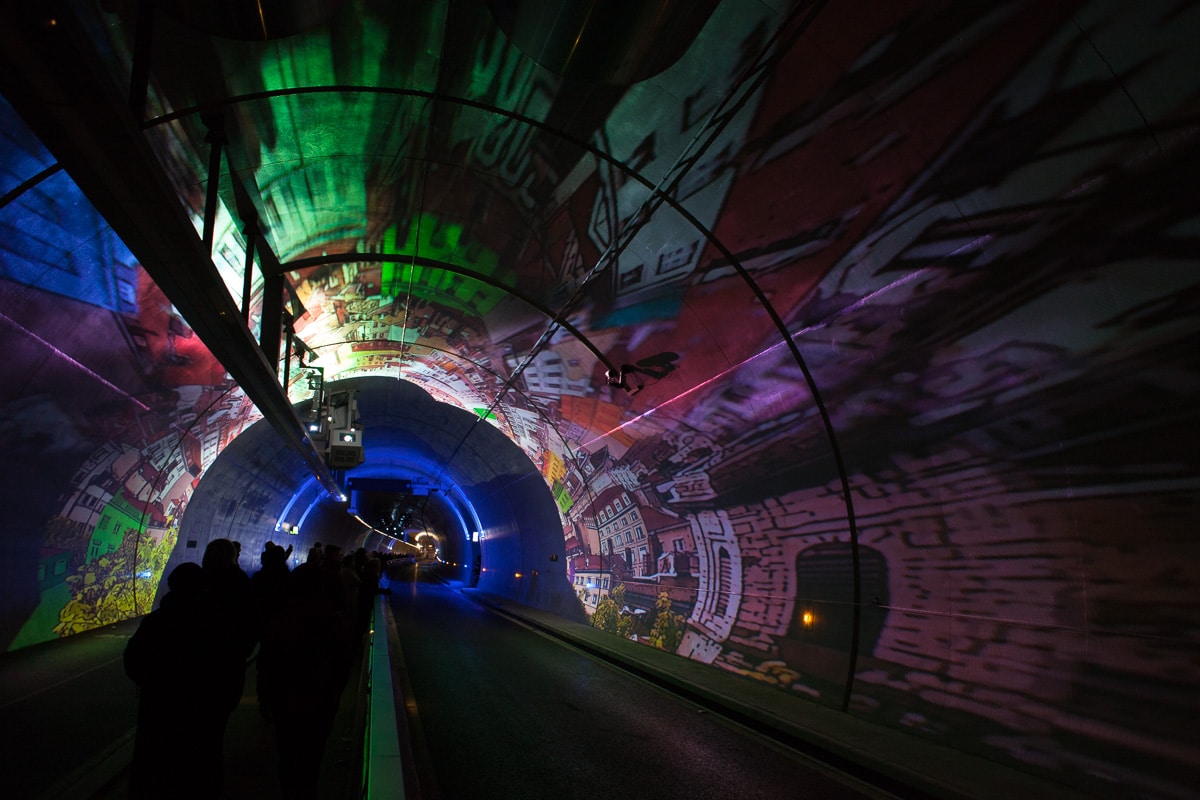 Lyon wasn’t really a destination for us when we began our planning. Coming here evolved out of several factors. We had originally planned to search out some warmer climes for the winter, but it’s not warm here. Whatever reasons we may have had for being here have been eclipsed by the serendipitous happening of the Fête des Lumières.

Tonight was different … again. The massive crowds were a little less massive. The winds eased so that it didn’t feel as cold, or we just dressed more warmly. But it was just as magical and wondrous … just different.

We didn’t leave the apartment until 16:30 or 17:00 (4:30 or 5:00 pm) since it’s cold and it still seems to take hours to dress in so many layers. Besides it was a good day for laundry and cleaning. Hurray for small apartments.

As the remnants of grey daylight were absorbed by the night, the sparkle of the Fête des Lumières began to brighten. After a simple dinner we headed to the Croix-Rousse Tunnel. Originally a single tunnel for motorized traffic built in 1952, a second, 1.8 km (1.1 mile) long tunnel was completed in 2013 exclusively for sustainable transport – pedestrians, bicycles, and a separate lane for buses. Filled with fantastic images and sounds, we only walked partway through in order to conserve energy ourselves. 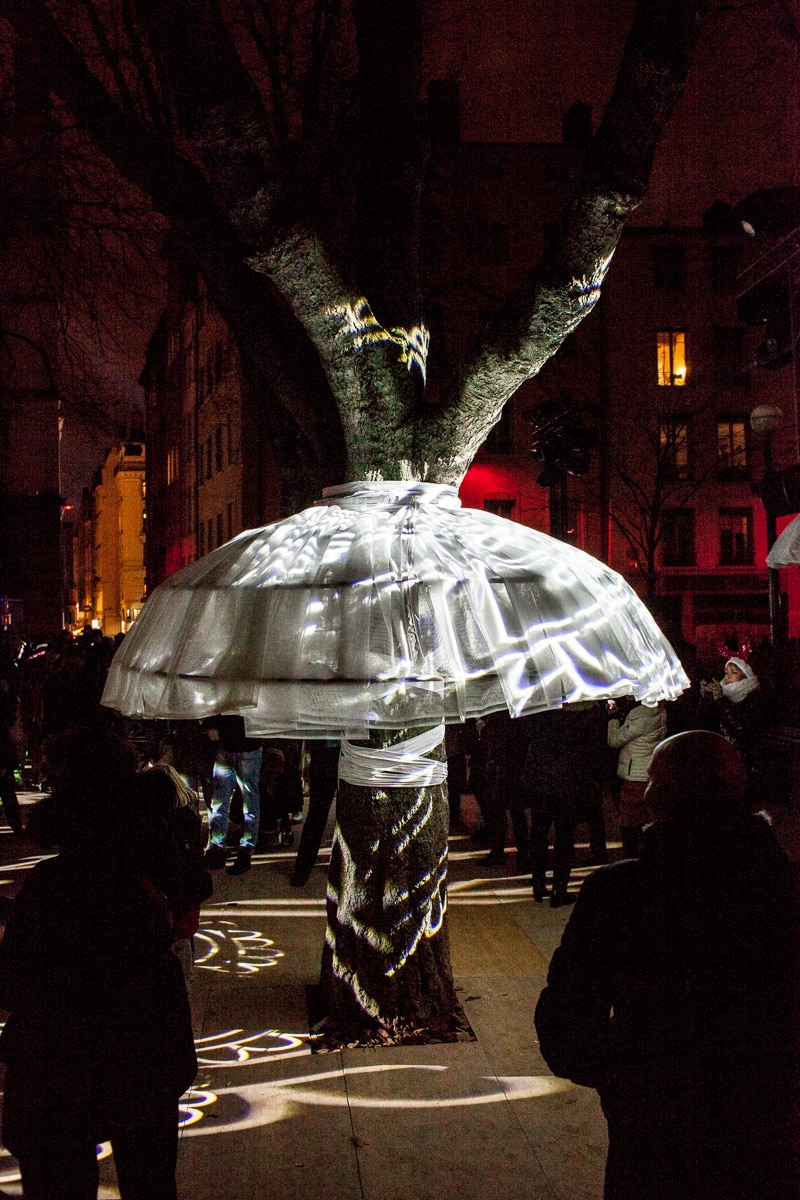 s we wandered to other installations of the Festival we were again taken by the family nature of the entire spectacle, in spite of the throngs of people. We witnessed no rowdiness or boorish behavior as one might expect from at least a small percentage of participants, though that may have occurred in the wee hours.

As we departed one of the smaller exhibits, Jeannie heard music from the distance and exclaimed “Ballet!”, and as we approached we discovered a square, which has been transformed into a ballroom, where the trees wore white tutus, their trunks wrapped in the style of ballet shoe ribbons. The naked branches appeared like outstretched arms, the curve of a torso or an extended leg. The lights and projectors from around the square provided motion, color and luminance as the ballet came to life to the sound of familiar music by the great composers. Small children chased light patterns on the ground as young and old waltzed between the arboreal dancers. The atmosphere was filled with magic as music and light combined with the dance.

As the night wore on we were bedazzled by beauty and spectacle at every turn. But as we began our walk towards home we were presented with still another light show, the full moon appeared in the sky between buildings. It was a beautiful sight and an appropriate natural end to another delightful evening.