The final night of the Fête des Lumières is tonight, and we realize that we are tired. Today, we have already walked over 8 km (5 mi) going to lunch and visiting the area of our apartment we will stay in when we return in April. So when we returned to our current flat, we decided not to try and hit any more of the big displays, but to stay close and go to what was billed as the Celestial Parade where “The planets and stars of the solar system meet in Lyon on December 8 at Place Kléber and parade along Cours Franklin Roosevelt all the way to the start of the fireworks display in the 6th arrondissement.”

We didn’t have a clue as to what to expect but it sounded like fun, and it would end with fireworks at the Rhône river. 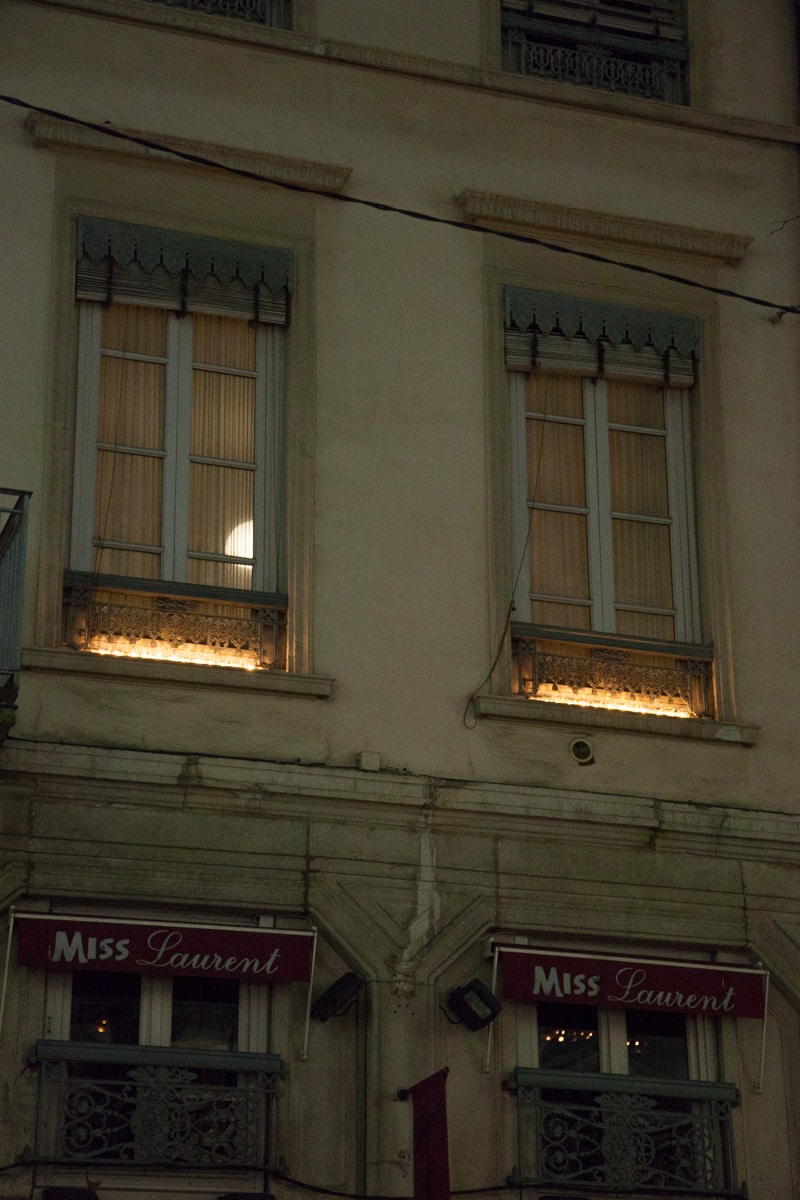 Along the way, we observed the roots of the massive Fête des Lumières. It was 1643 and the plague was spreading death throughout Europe. The local notables of the town made a vow to honor the Virgin Mary on the 8th of September if the plague bypassed the town. And it indeed did, thus beginning the tradition.

Now fast forward to 1850 : The city holds a competition to create a statue of the Virgin Mary that would be placed on the basilica’s steeple. Fabisch, official sculptor to the diocese of Lyon won and the inauguration was planned for September 8th. However, due to poor weather it was cancelled; his studio was flooded, and the statue’s unveiling was delayed until 8 December.

Once again bad weather caused all of the festivities to be canceled. But what could not be stopped was the passion and zeal of the people of Lyon. Everyone was full of joy and thanksgiving, and they celebrated by displaying simple candle lights. Each person illuminated their windows with candles. These simple acts have grown to be the gigantic Fête des Lumières. Yet on the night of December 8, the candles are still placed in the windows of homes all over the city 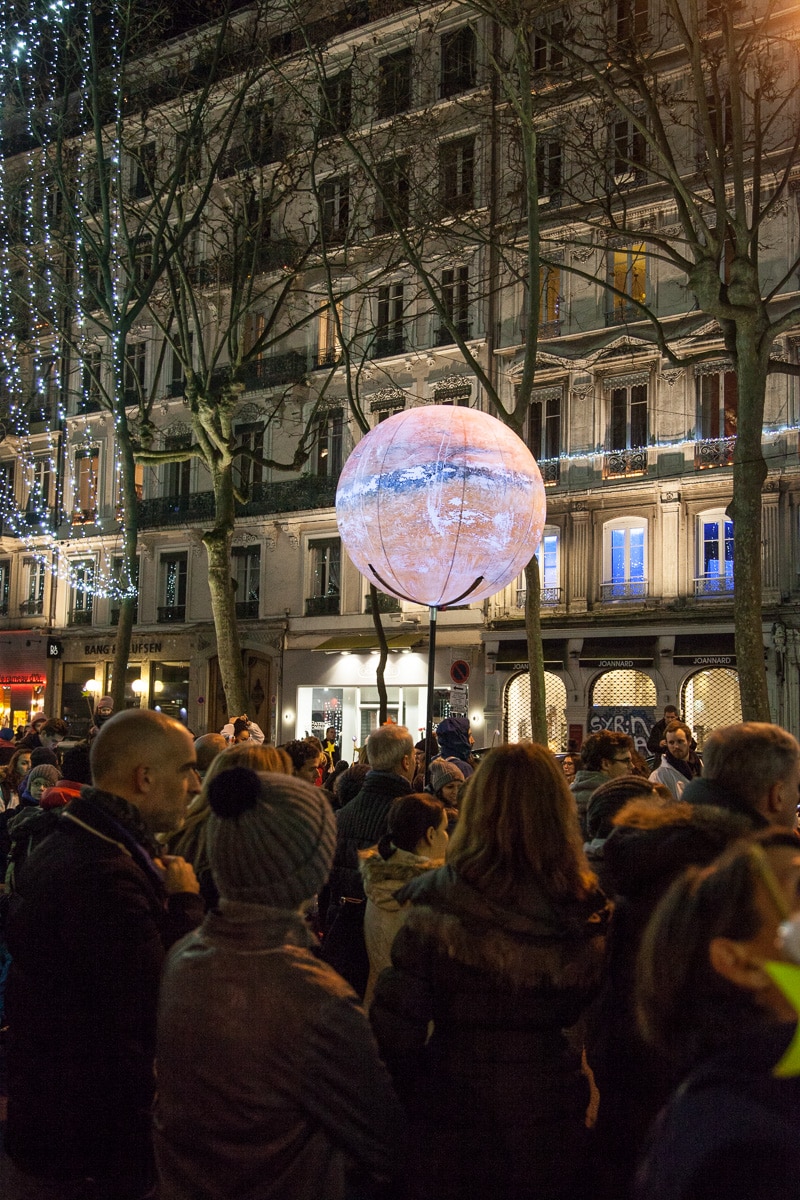 Fast forward again to 2014, and  upon arriving at the starting point for the parade we found children, hundreds of them all lined up in the street, giggling, laughing, and shouting. There were large spheres, carried by adults, representing the planets, and the children, carrying lights and stars representing the stars, asteroids and comets for the procession. They were preceded by a number of kids on rollerblades accompanied by torch-carrying adults.

They made their way towards the river, and the children representing each planet seemed to have their own chant that they gleefully shouted in unison as they marched along. Parents, grandparents, younger siblings and others all stood along the Christmas-light lined route smiling and taking pictures.

As they marched on to a spot where they could view the fireworks, Jeannie and I found a spot along the riverfront to wait for the display. The beautiful pyrotechnics show began slowly then built up to a spectacular finale. Then the rain started, and we made our way home.